The Legend Of Margorie Mccall: Lived Once, Buried Twice (4 pics)

Interesting story of Margorie Mccall who was buried alive. What’s interesting that her life afterwards had some other unexpected twists and turns.

The legend of Margorie McCall begins at Shankill Cemetery in Lurgan, Ireland. 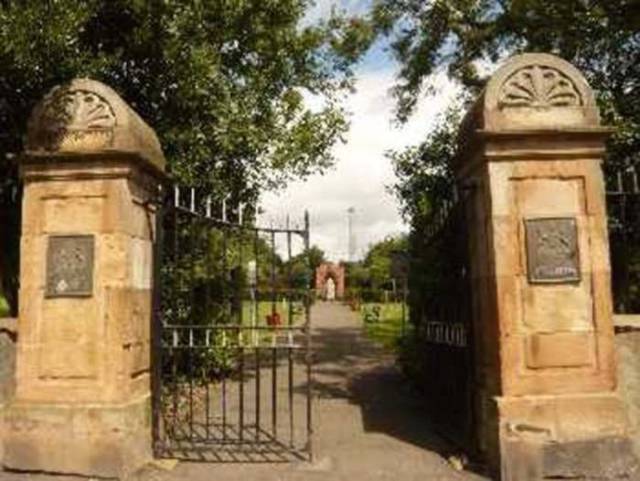 In 1705, it's said that McCall died from a fever of some kind. In order to prevent the disease from spreading, she was quickly buried. 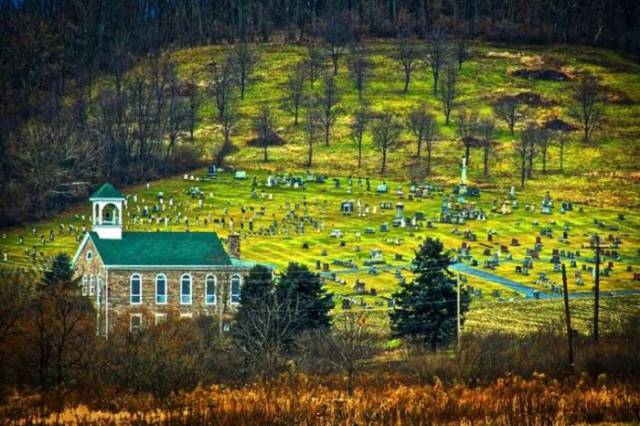 When McCall was laid to rest, she was still wearing her very valuable wedding ring. Her husband tried to remove it, but was unable to because of the swelling. Hearing she was buried with such a valuable piece of jewelry, a pair of grave robbers set out to steal the ring from McCall's body the very next night.However, they also had trouble getting the ring off her finger, so they decided to cut the finger off. As soon as they sliced into her hand, McCall woke up with a scream and the robbers fled.

Then, still in a sort of daze, McCall wandered home. She knocked on the door, and according to legend, when her husband saw her in her burial clothes, he dropped dead of shock. 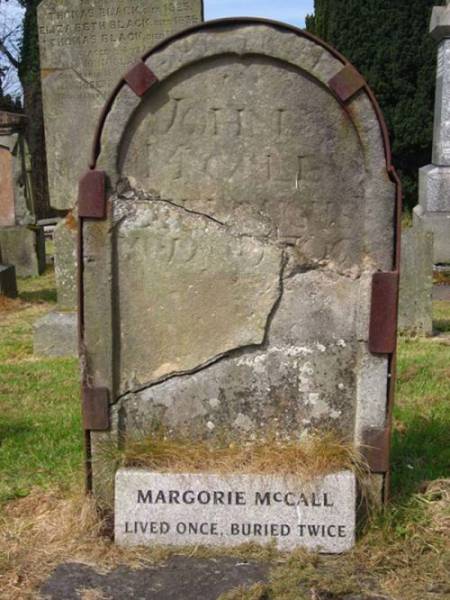 He was supposedly buried in the very grave that McCall had just left.

Surprisingly, McCall went on to live out the rest of her days in relative happiness. She even remarried and had several more children. 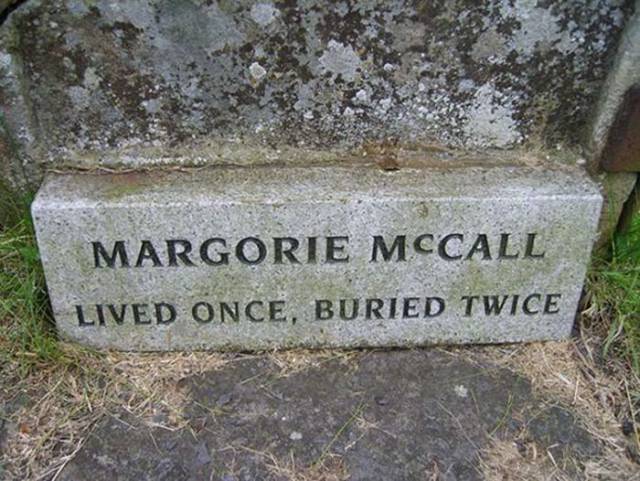 When she did die, she was returned to Shankill Cemetery for her eternal rest. Her grave is marked with a placard reading "Lived Once, Buried Twice."