Wow This Girl Must Really Love Her Goldfish (8 pics)

Vets in Brisbane, Australia, said a 21-year-old came in with a fishy problem after her goldfish accidentally swallowed a pebble. 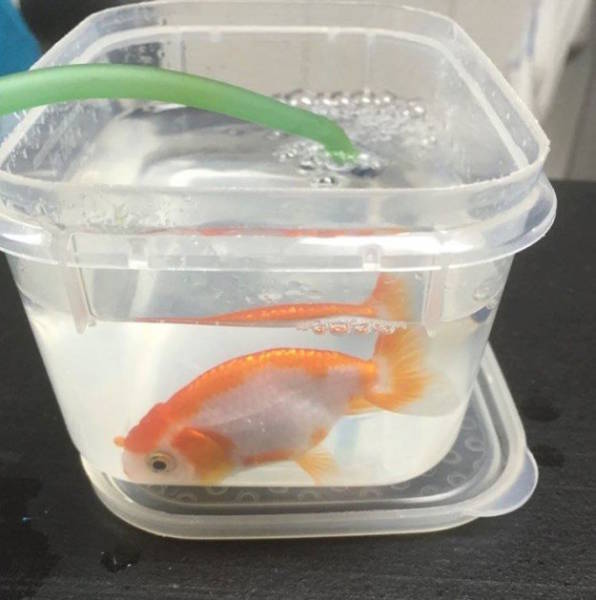 The Brisbane Bird and Exotics Veterinary Services center ran a physical exam on the fish, whose name is Conquer, and determined that a single, black pebble was lodged in the back of his throat.

Conquer was taken in for emergency surgery, anesthetized, and prepped to have the pebble removed. 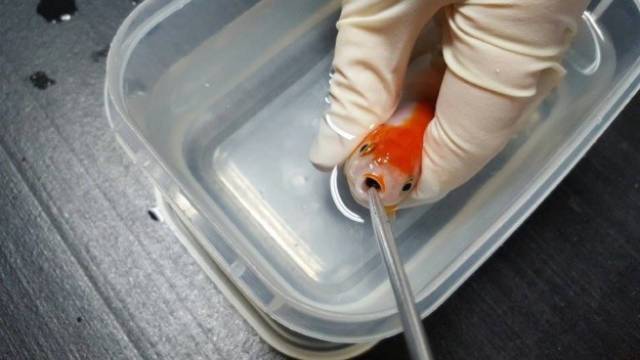 They gently propped his tiny mouth open, and with a special instrument, they went in… 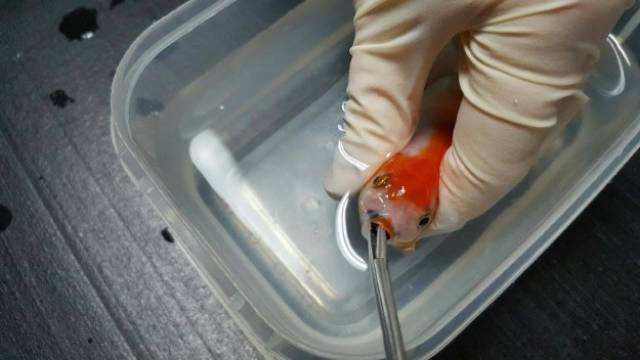 Took hold of the pebble… 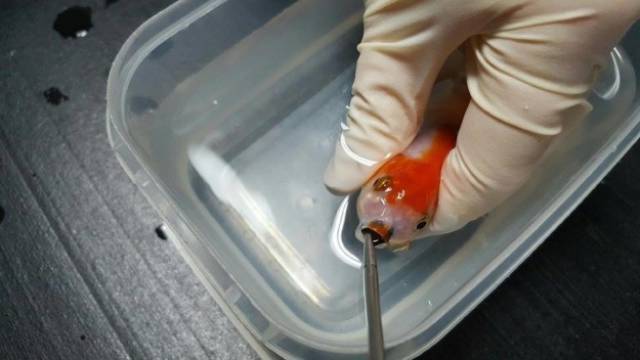 …and successfully removed it! 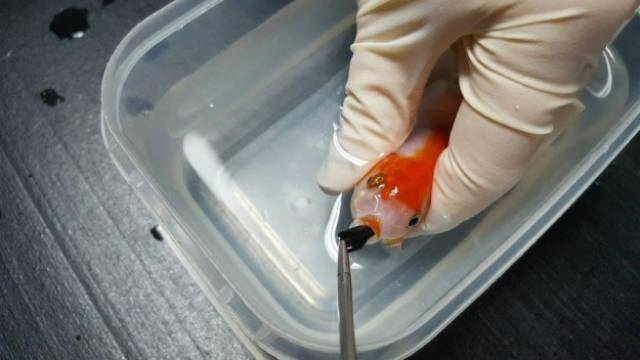 The procedure was “quite quick.” Conquer has recovered “remarkably well,” they’re happy to report. 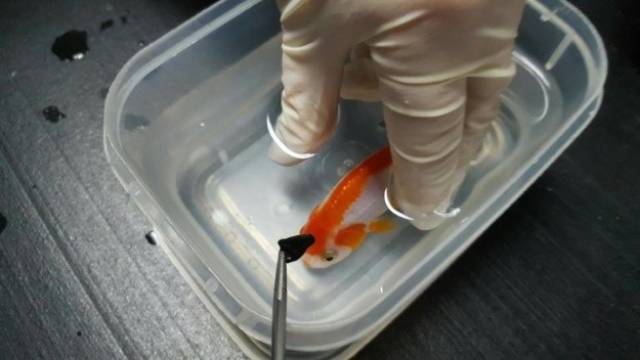 The procedure reportedly cost Conquer’s owner $500 (Conquer was $12 at a pet store). However, the vets applauded her for taking the action she did for her fish. 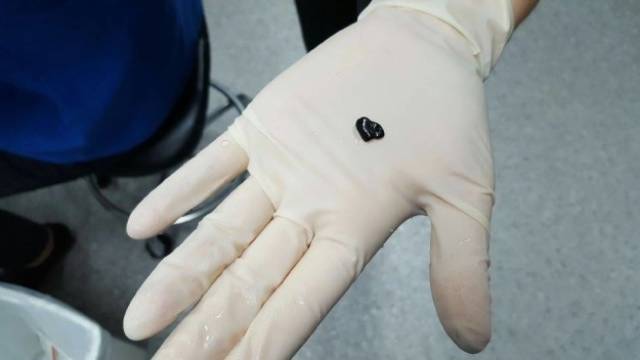 “It really came down to the fact that his mum is so observant,” the spokesperson said. “Had she not noticed the subtle changes in her pet, he would surely have starved.”

The spokesperson added that it was humbling and heartwarming to see the same kind of love and care for a goldfish that people have for their dogs and cats. 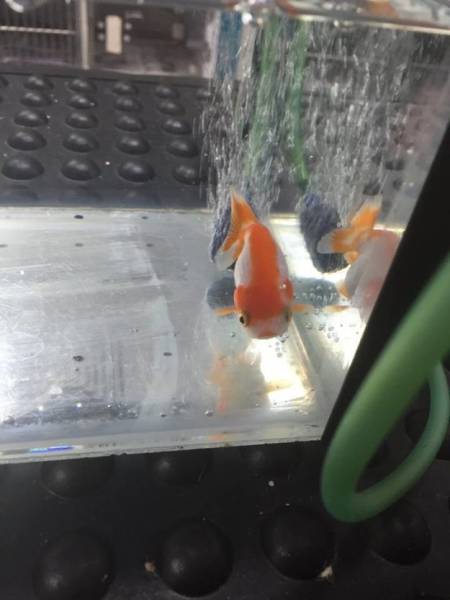 “Most people wouldn’t bat an eyelid spending this money on a dog, cat or child, so why would we value our beautiful exotic pets any less,” the spokesperson said.

Conquer is now in stable condition and is now swimming happily back in his tank/home.