Bloody Murderers Who Actually Documented Their Own Crimes (8 pics)

Mohamed Lahouaiej-Bouhlel plowed his truck through a Bastille Day celebration in the southern French city of Nice in July 2016. Before doing so, he took a series of selfies with the deadly vehicle. 84 people were killed (10 were children) in the attack, as Lahouaiyej-Bouhlel drove a truck at top speed into crowds gathered to watch a fireworks display on the Promenade des Anglais seafront before he was shot dead. The newly discovered photos were apparently taken with his phone two days before he drove into the crowd. One shows him smiling in front of the truck in the company of another person. In the second selfie, the 31-year-old Tunisian flips off the camera while at the steering wheel, alongside another unidentified person 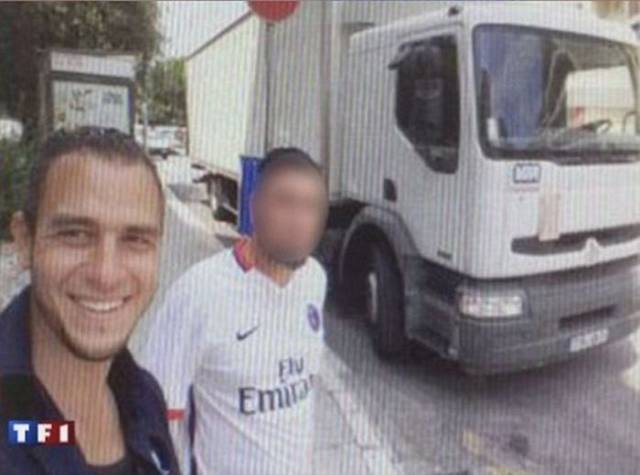 In 2014, a couple accused of murdering Memphis Pastor Don Smith not only allegedly stole his car — they took selfies inside of the vehicle. Roger Reed, Jr. and Lashonda Williams are seen smiling, smoking and even kissing in photos. The pastor was shot to death the day after Halloween 2014. His body was found floating in a pond, and his wallet and car were missing. The couple was arrested a few days later in Greenville, Mississippi after being pulled over in the stolen car. The couple is on trial as of this writing — Williams insists the whole incident centered around an arrangement for prostitution with the pastor. However, prosecutors believe the couple just wanted to steal the pastor's car. 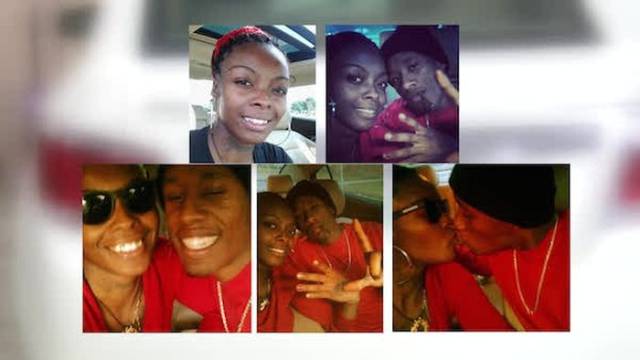 Amanda Taylor, 24, had been going through a tough time since the tragic suicide of her estranged husband, Rex. "Everything I did was for the right reasons. I stabbed my father-in-law to death because he destroyed my husband…" she posted on Instagram. "I wasn't the perfect wife, but this was one last good thing I could do." Amanda blamed Charles Taylor, 59, for her husband's addiction issues. On March 27, and on their joint birthday in 2015, Amanda went to Rex's graveside and tried to take her life. She survived and checked herself into the hospital. Despite her protests and objection from her mother, Amanda was released. A few days later, she visited Charles and stabbed her former father-in-law as he sat on the sofa. She made it happen at exactly 3.27 pm to symbolize the birthday she'd shared with Rex — 3/27. After the killing, she posted another status on Instagram alongside a picture of a news report alerting members of the public that she was on the run. She had also taken a selfie at the scene with the bloody knife and the body of Charles behind her. Amanda was arrested in North Carolina and has since been found guilty of murder in the first degree. She currently awaits sentencing. 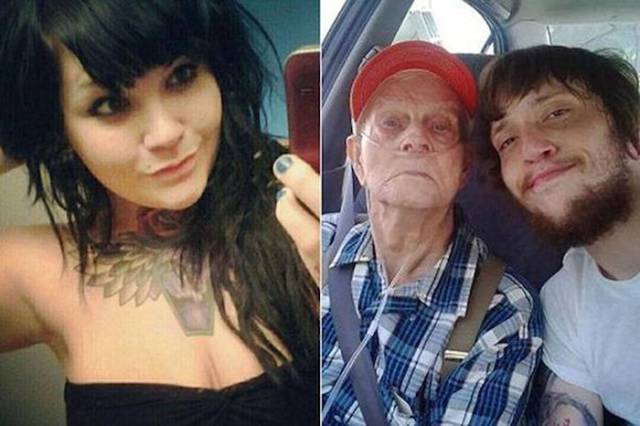 A man, known only as Qin, killed his girlfriend Lin with a handsaw, then took a selfie with her body. He then published it on a Chinese social networking site, with the caption, "Please forgive me for my selfish love." The image was shared by Qin's friends and went viral, leading the police right to the murderer. Officers then recovered the murder weapon at Qin's home. 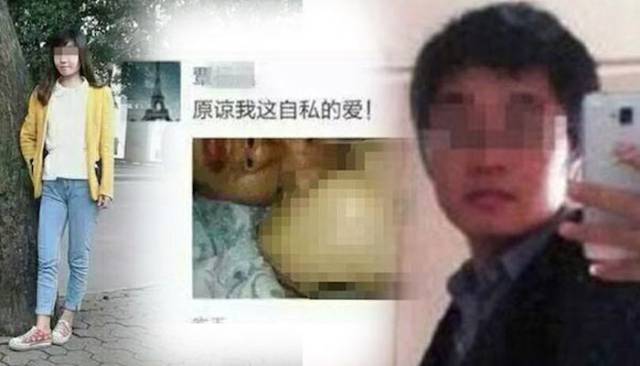 Pennsylvania teen murderer Maxwell Marion Morton sent a Snapchat selfie of himself with the corpse to his victim's mother. The incriminating photo showed Morton and his 16-year-old victim Ryan Mangan. The boys attended Jeannette High School in Pittsburg, Pennsylvania. Mangan was found dead by his mother after being shot in the face with a 9mm handgun, according to authorities. She also received text messages reading, "Told you I cleaned up the shells," and "Ryan was not the last one." The messages and the selfie lead police to Morton, who then found a handgun in his home. He's been charged with first-degree homicide as an adult, as well as possession of a firearm by a minor. 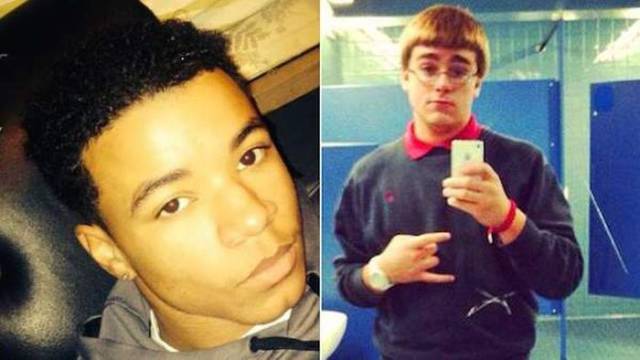 Stephanie Hernandez, 21, moved into a new house with boyfriend Rafael Gonzalez, 20, in 2015. Together they did what most young couples would do — post pictures to Snapchat while hanging out in the new place. Their photos, however, featured Gonzalez's gun, and, in at least one instance, the firearm was pointed right at Hernandez. Just a few hours after posting the pictures, the mother of two was dead. Hernandez's friend and former roommate, Jaquinlan Davis, later said that he was so concerned about Gonzalez's short fuse that he considered convincing Hernandez to leave him. Gonzalez pleaded not guilty to the murder of his girlfriend and is currently awaiting trial. 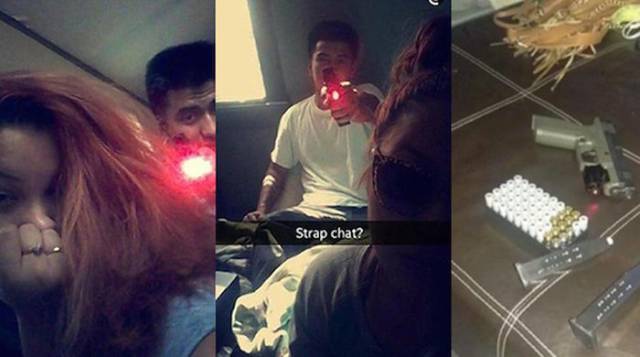 Kirsty Edmondson, 23, and Christopher Sawyers, 35, took "trophy photos" and had sex with each other in victim Kenneth Chapman's bed while living with his corpse for a week. Police were called in after concerns about Chapman's welfare and found him dead at his flat in Eccles, Greater Manchester, with tests showing he had been injected with a lethal dose of heroin. "Look at this. I will show you a photo of a corpse," Sawyer told friends. In another bragging outburst he declared, "I'm a serial killer now." The selfies were given as evidence during Sawyers' criminal trial. He was convicted of murder and manslaughter and jailed for life with a minimum recommendation he serve 33 years. Kristy was found not guilty of murder, but was sentenced to three years after she admitted to two charges of theft and nine of fraud. 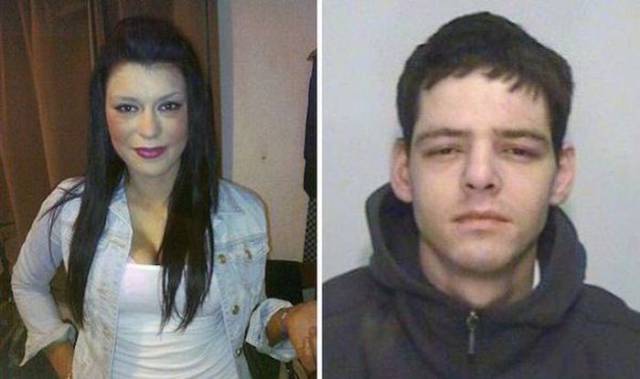 In 2013, British serial killer Joanna Dennehy took a series of selfies before killing her fourth and fifth victims in a bloodlust frenzy. In the photos presented during her trial, Dennehy is seen stretching out her pierced tongue in selfies taken only minutes before she selected her next two victims in Hereford, just east of Wales. The photos were among several shown to a jury in the trial of two of her accused accomplices, Gary Stretch and Leslie Layton, who allegedly aided in covering up her murders. Dennehy pleaded guilty to the triple murder of three men who were stabbed in the chest before their bodies were recovered days later in a Cambridgeshire ditch. Dennehy is currently serving a life sentence in Bronzefield Prison, Surrey. 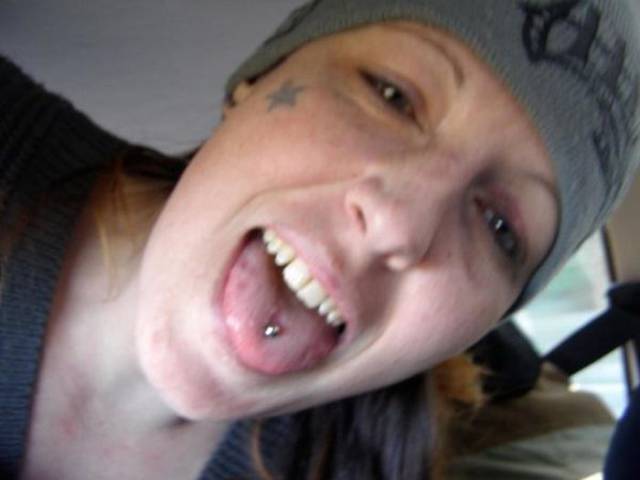