CHEF BOYARDEE: Clad in a tall, white chef’s hat, Chef Boyardee, is the smiling, yet distinguished face behind such products as Beefaroni and Pepperoni Pizzazaroli. Yes, Chef Boyardee canned goods are the Italian food of choice for hobos and college students. Much like Colonel Sanders, Chef Boyardee was actually real a person (Colonel Sanders was real; but Betty Crocker and Aunt Jemima were pure fictional characters.) That’s the actual chef - for realsies - on the front of each can of Beefaroni; though his name is spelled phonetically and is actually: Boiardi. 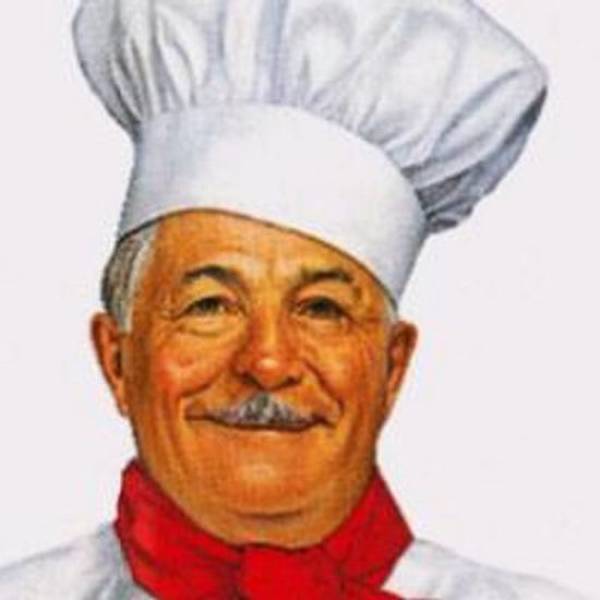 Before gracing the front of canned foods – Ettore “Hector” Boiardi headed a kitchen at the prestigious Park Hotel in New York City and once catered a presidential wedding for Woodrow Wilson. In 1924, Bioardi moved to Cleveland, Ohio, where he opened his own restaurant. His customers loved his signature spaghetti sauce so much – they began clamoring to make it themselves at home. So Bioardi created a do-it-yourself take-home spaghetti kit. Obviously, this took off like wildfire – or else we wouldn’t be seeing the chef’s likeness on cans of Mini-Ravioli. In 1928, Bioardi and his brothers (Brother Bioardis) opened a small processing plant and coined it the Chef Boiardi Food Company. One problem, his customers and salesmen couldn’t pronounce his name – so he went with the phonetic version. Said Bioardi: “Everyone is proud of his own family name but sacrifices were necessary for progress.” Chef Boiardi remained a consultant with the company until 1978 – and his chef-like face lives on forever on grocery and gas station food mart shelves. 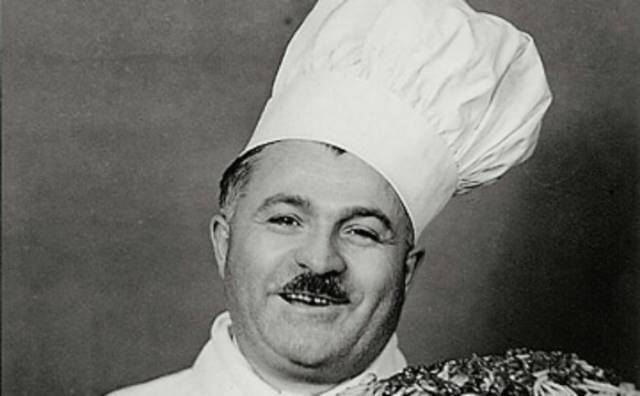 JAY J. ARMES: Armes was an action figure in the 1970’s – put out by the Ideal Toy Corp. Mr. Armes was a double-amputee with interchangeable hands. One moment you could add suction cups and have him scale a wall; the next, he could be outfitted with hooks to zipline down a rope. Marvel comic maven, Stan Lee, was even considering putting out a comic book dedicated to the handless wonder. Quite a feat for one who is simply an action figure…or was he? 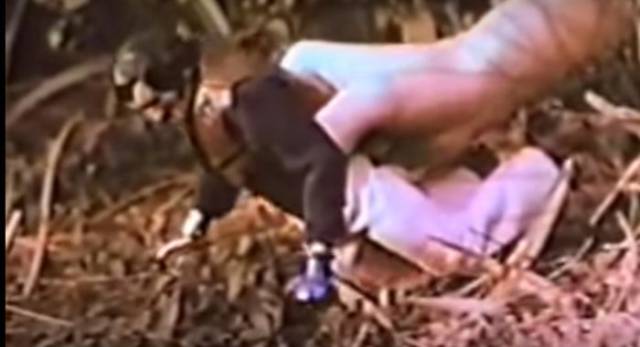 Jay J. Armes actually DOES exist in reality – and goes by the self-proclaimed moniker: ‘The World’s Greatest Detective.’ Armes is an El Paso based private detective and double amputee who can easily implant a .22 handgun onto his wrist. Armes had both his hands blown off during a childhood explosive and were replaced with hooks. The tragedy drove him to work that much harder – and he eventually became a private investigator with a client list that included Elvis Presley, Howard Hughes, Elizabeth Taylor and Marlon Brando: who he helped to rescue his son, Christian, from kidnappers. Jay J. Armes is now 84-years old and is still working as a private investigator. And his action figure sells on ebay for $95. 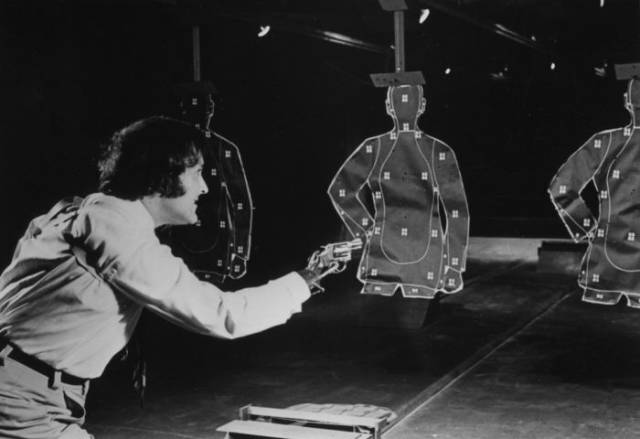 ALICE IN WONDERLAND: What would a Mad Hatter’s tea party be without Alice and her adventures in Wonderland? Down the rabbit hole you go – as you follow Alice in the Lewis Carroll classic novel – that brings a little girl named Alice face-face with the White Rabbit, a hookah-smoking caterpillar, and the trial of the Knave of Hearts. 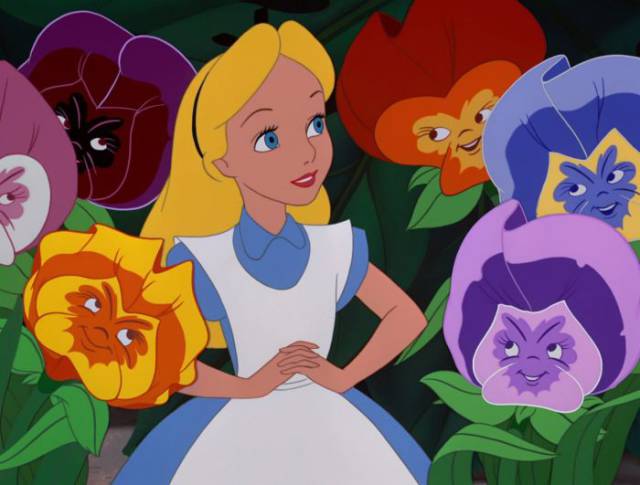 Alice in Wonderland was published in 1865, Carroll, who was a mathematician at Oxford (his non-pen name was Charles Dodgson) based the character of Alice on Alice Liddell – the daughter of Vice-Chancellor of Oxford University, Henry Liddell. Carroll would take Alice and her sisters on row boating excursion. To entertain them, he would tell them tales of a bored little girl named Alice and her adventures in Wonderland. He wrote down the story and the rest is Wonderland history. 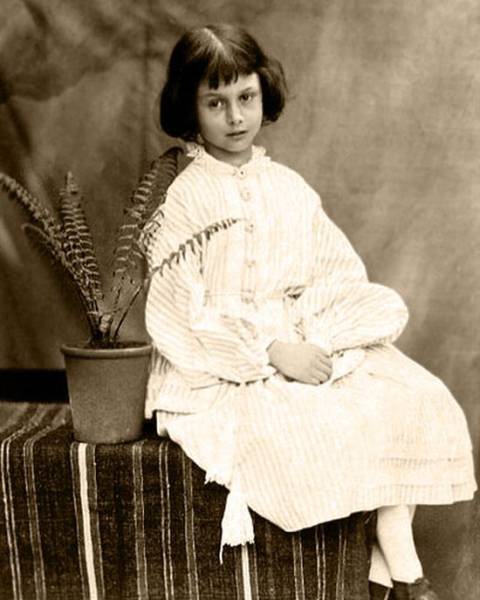 ZORRO: When you think of Zorro, you think of a masked swashbuckler dressed in a black costume with flowing cape; riding a horse and carving a swift ‘Z” on doorways throughout Mexican villages. Did you know there was a real-life Zorro that the story was based on? Although real-life Zorro was a hero he wasn’t as cool as movie Zorro. Miguel Hidalgo y Costilla was born in 1753. He came from a wealthy Mexican family. Due to his cleverness, he was nicknamed: “El Zorro” — which means “the fox.” Unlike movie Zorro, real-life El Zorro was an ordained priest and taught theology at the college of San Nicolas Obispo. Unsatisfied with being just a scholar, El Zorro vowed to help his fellow Mexicans; and empowered the workers by teaching them to plant grapevines and improve their farming methods. His goal was to help Mexico gain independence from Spain.

Spanish authorities soon became suspicious of El Zorro’s activities. Though he didn’t carve “Zs” on doorways – on September 16th in 1810, El Zorro did ring a church bell, calling for a rebellion with the battle cry, “el grito de Dolores” (“the cry of Dolores”). El Zorro then waved a banner picturing Mexico’s patron, the Virgin of Guadalupe. He was joined by the thousands of Mexicans who followed El Zorro as he carried the banner. In the end, El Zorrow and his followers were able to overtake towns west of Mexico City from Spanish authorities; though he did eventually get captured by Spanish authorities and was executed. Still, for someone who was a scholar and ordained priest El Zorro’s exploits were pretty badass! 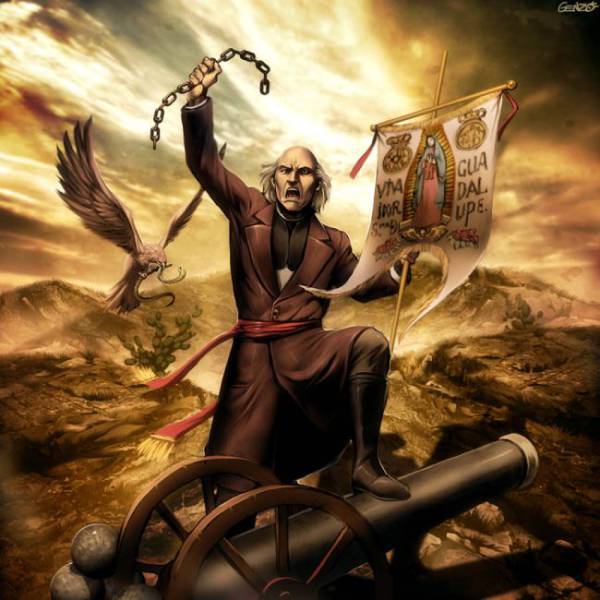 COSMO KRAMER: On the TV show, Seinfeld, Kramer lived across the hall from Jerry in Apartment 5B. The high-strung, eccentric character is known for his hairdo, vintage clothes, entering a room by sliding into it, and his outlandish schemes. But, did you know Kramer is actually a real, living/breathing human being? In real-life, Kramer’s first name is Kenny – and not Cosmo. He was a struggling comedian who, at one time, lived across the from Seinfeld co-creator, Larry David. 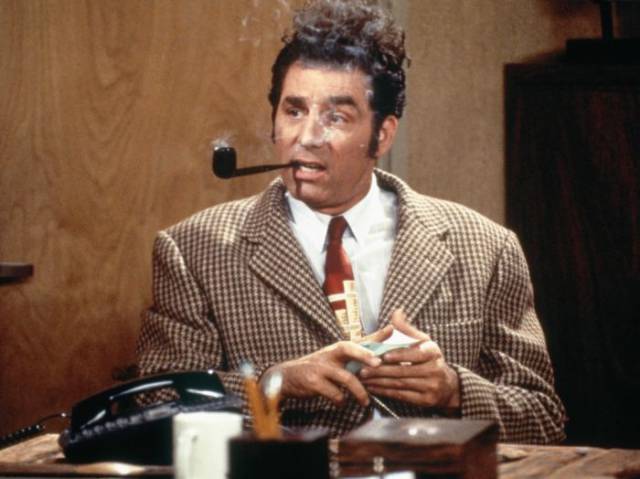 On Seinfeld, the character’s original name was going to be “Kessler” – because David suspected that Kenny would exploit the fame it would bring him and capitalize on it. And that’s just what Kenny Kramer did… 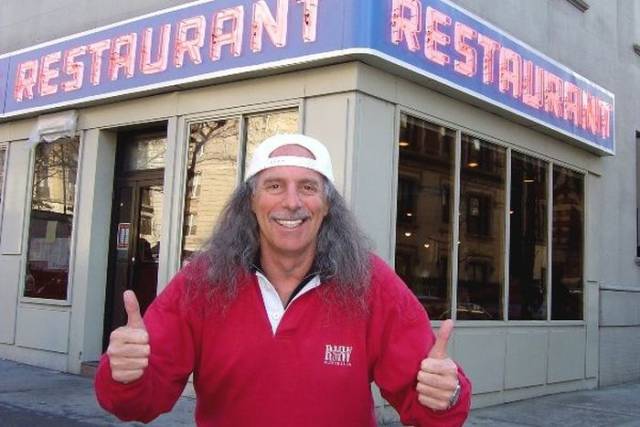 Kenny created the "Kramer Reality Tour" - a NYC bus tour that takes tourists to some of the notable locales featured on Seinfeld; such as Tom’s Restaurant, H&H Bagels, and the Soup Nazi’s kitchen. 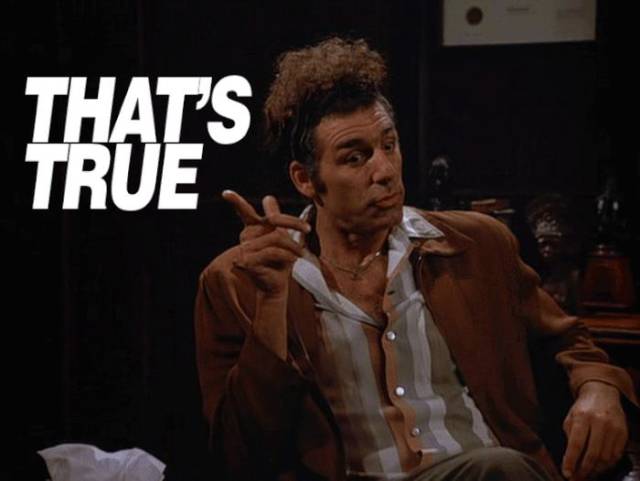