THE FRESH PRINCE IS DEAD - The theory fixates on the sitcom's opening theme song, which states that Will Smith was hanging out—chillin' out, maxin', relaxin' all cool, if you will—when some guys who were "up to no good" came along. As the song goes, he got into one little fight and his mom got scared, then told him he'd have to move in with his auntie and uncle in Bel-Air. But what if Will never made it to Bel-Air, and instead, died in the fight? These fans believe it was God who drove the “rare” cab to take Will to the Banks’ mansion—in this case, Heaven—which he refers to as his "kingdom." 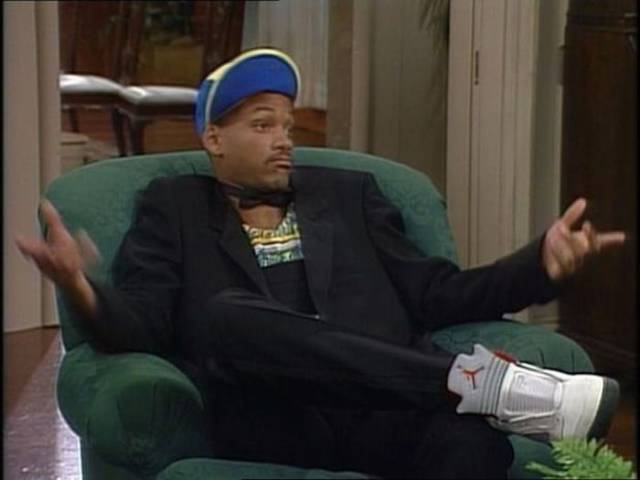 THE FLINTSTONES TAKES PLACE IN A POST-APOCALYPTIC FUTURE - This fan theory posits that the worlds inhabited by the Jetsons and the Flintstones exist concurrently. The Flintstones' civilization was "bombed back to the Stone Age" during a nuclear war, and its inhabitants were forced to start over. That's why the Flintstones use the materials (and animals) at their disposal to mimic modern technology (like when they use birds' beaks to play records). Why would cavemen from the prehistoric past need garbage disposals and record players, if not to replicate how their society once was? The Jetsons, for their part, live in Orbit City, a metropolis built entirely above the clouds. Ever wonder what’s below Orbit City? Many people believe that the civilization depicted on The Flintstones is happening down on Earth. In addition, some fans suspect that the only thing dividing the Jetson and the Flintstone families is income. The Jetsons can afford to live in the fancy new society above the clouds, while the working class Flintstones are forced to make do in the ruins of Earth. When you consider the time period during which both shows were created, this premise doesn't seem all that far-fetched. After all, both shows were developed at the height of the Cold War, during a time when Americans constantly feared a nuclear attack by Communist Russia. 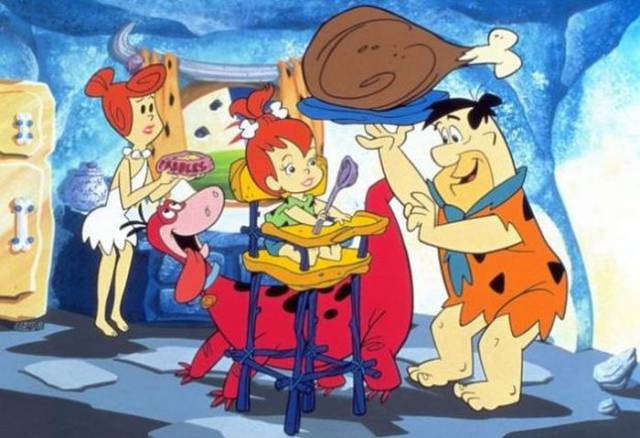 TOBY IS THE REAL SCRANTON STRANGLER - The last half of The Office’s nine-season run featured a subplot focused on HR rep Toby Flenderson’s (Paul Lieberstein) obsession with the Scranton Strangler, a local serial killer. Toby’s fascination with the serial killer only increased when he was picked to be a juror on his murder trial. Eventually, the Scranton Strangler was revealed to be a character named George Howard Skub; Toby and his fellow jurors were responsible for sending Skub to death row. During season nine, Toby is guilt-stricken when he admits that the jury might have sentenced the wrong man to die. He even visits Skub in prison, who immediately jumps to strangle Toby. Some believe that Toby's extreme guilt is a sign that he is, in fact, the real Scranton Strangler. At that point on the show, they argue, he has nothing left to lose: his marriage has failed, he has a young daughter whom he rarely sees, his work life is shaky, and he is unable to make a go of it when he attempts to start a new life in Costa Rica. What's more, the Scranton Strangler isn't even mentioned until Toby returns to Pennsylvania. Skub, they allege, reacted so angrily to Toby's presence because he knows that Toby framed him. 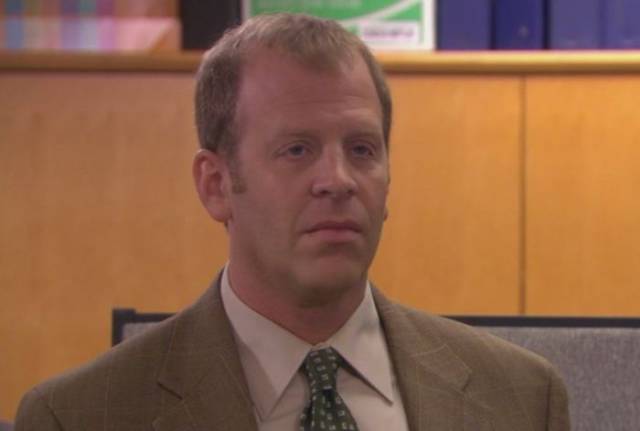 THE COUNT FEEDS ON THE CHILDREN OF SESAME STREET - The number-obsessed vampire lures kids to his lair under the guise of teaching them math, so he can feed on their youth. (According to this theory, the Count is why the children who hang out on Sesame Street are constantly replaced.) Apparently, Sesame Street's adult residents are in on the Count's dastardly scheme too, because in the decades he's been on the show, they've never made an effort to stop him. 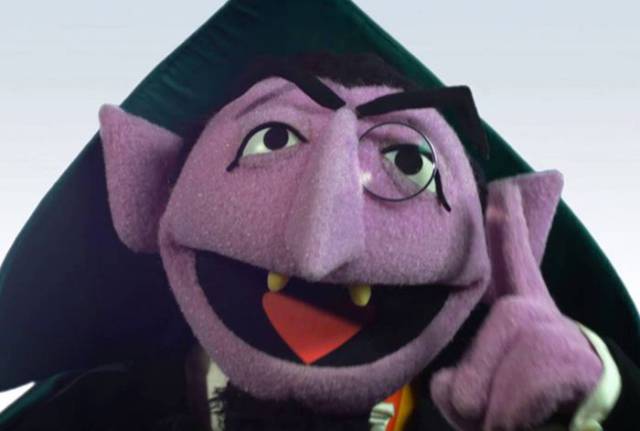 BAYSIDE HIGH IS NOTHING MORE THAN ZACK MORRIS' DREAM WORLD - On Good Morning, Miss Bliss, Zack Morris (Mark-Paul Gosselaar) was, to put it nicely, kind of a dweeb. Girls weren't attracted to him, his classmates made fun of him, and Miss Bliss (Hayley Mills) was always on to his schemes. But when Zack made the jump to Saved By The Bell, he was magically transformed into the coolest guy in school. Because of this, some fans think that Zack manufactured his dream life in sunny southern California, creating a world in which all the girls want him, his peers idolize him, and he gets away with even his most ridiculous plans. 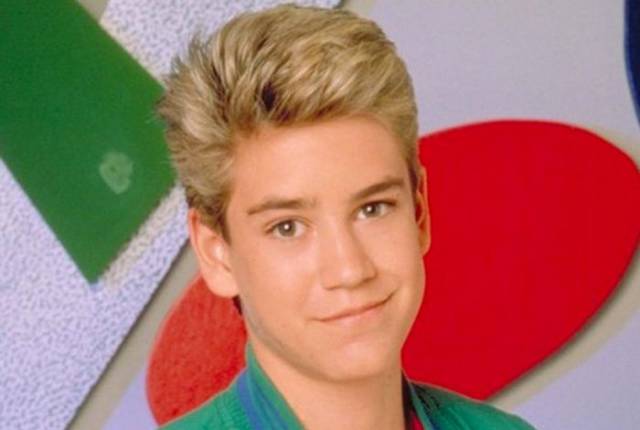 THE U.S. GOVERNMENT CANCELED FIREFLY - Although it had a loyal fan base and was generally well-received by critics, Joss Whedon's sci-fi drama Firefly was canceled in 2002 after airing just 11 episodes. While Fox claims the decision to cancel Firefly was based purely on its low ratings, conspiracy theorists are convinced that the U.S. government had something to do with the demise of the "space opera." The show focuses on a group of independent outlaws who fight for civil rights under the oppressive and immoral Union of Allied Planets. According to the fans who subscribe to this theory, the powers that be weren't pleased with the anti-government sentiment expressed by the show. What's more, they point out, while the show was airing, the Bush administration was trying to build a case for the Iraq War; it's no coincidence that it was canceled just three months before the invasion of the Middle Eastern country. 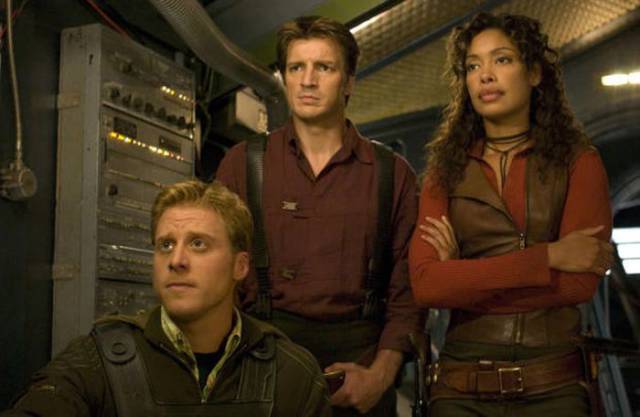 JESSICA FLETCHER IS A SERIAL KILLER - It’s believed that Jessica Fletcher (Angela Lansbury) on Murder, She Wrote is not just an author who writes mysteries, but is actually a serial killer who disguises herself as a novelist and amateur detective. How else could Jessica Fletcher, again and again, “randomly” stumble upon a dead body and later on, “figure out” who the murderer is? Consider, too, that Fletcher lives in the cozy coastal town of Cabot Cove, Maine, population 3,500. During the 12 years the show was on, 268 people were murdered, which would, statistically, make Cabot Cove the murder capital of the world. Either killers are flocking to the New England village, or Jessica Fletcher is a serial murderer whose gentle and pleasant British demeanor serves to throw people off her trail. 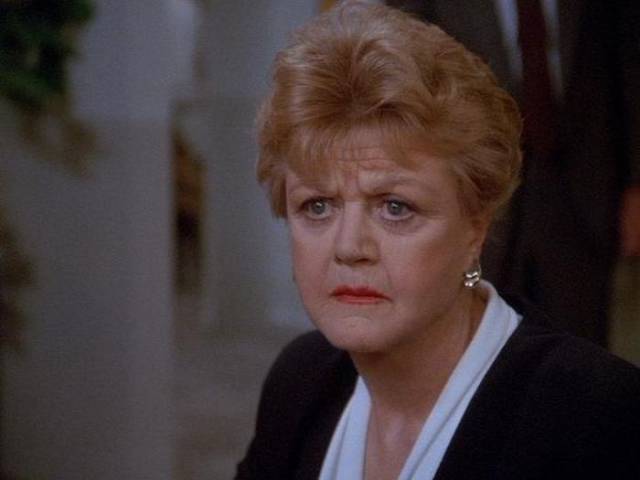 GILLIGAN’S ISLAND IS HELL - ome theorists believe that the setting of Gilligan's Island is not an island, but rather Hell, and that its sinful inhabitants all perished in the crash of the S.S. Minnow. According to this theory, each character on Gilligan’s Island represents one of the Seven Deadly Sins. The millionaire Mr. Howell represents Greed, while his work-averse wife represents Sloth. Sexy movie star Ginger stands in for Lust, while innocent farm girl Mary Ann envies Ginger’s beauty and lifestyle. The smart Professor is prideful because he can't admit that he is unable to fix the ship or get them off the island. Skipper, meanwhile, symbolizes two deadly sins: Gluttony and Wrath, because he’s always taking something out on poor Gilligan. Not that you should feel bad for the titular dimwit; these fans believe that Gilligan represents Satan. He's constantly screwing up the group's plans for rescue, and what's more, he's always wearing red. 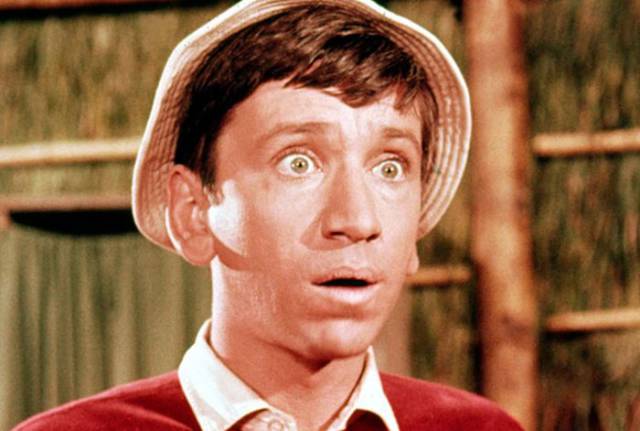 BREAKING BAD IS A PREQUEL TO THE WALKING DEAD - At the end of Breaking Bad, Walter White’s (Bryan Cranston) blue meth is becoming more and more popular across the country, eventually making its way around the world. Some fans think that users die, only to rise again in zombie form. Those who subscribe to this theory point to the handful of Breaking Bad references on The Walking Dead. In season one, Glenn (Stephen Yeun) drives a red Dodge Challenger, which looks very similar to Walter White’s car. And when Walter White goes to return his Dodge on Breaking Bad, he takes it back to the dealership’s general manager, whose name is also Glenn. In season two, Daryl Dixon (Norman Reedus) is trying to bring down T-Dog’s (IronE Singleton) injury-induced fever, so he pulls out his brother Merle's stash of drugs to see if anything in the plastic bag will do the trick. Pictured clearly at the bottom of the bag: blue crystal meth. Even more suspicious: before the zombie apocalypse, Merle Dixon (Michael Rooker) used to be a drug dealer. His supplier was described as “a janky little white guy” who threatened Merle with a gun and said, "I'm gonna kill you, bitch!" Sounds like Jesse Pinkman (Aaron Paul) to me. 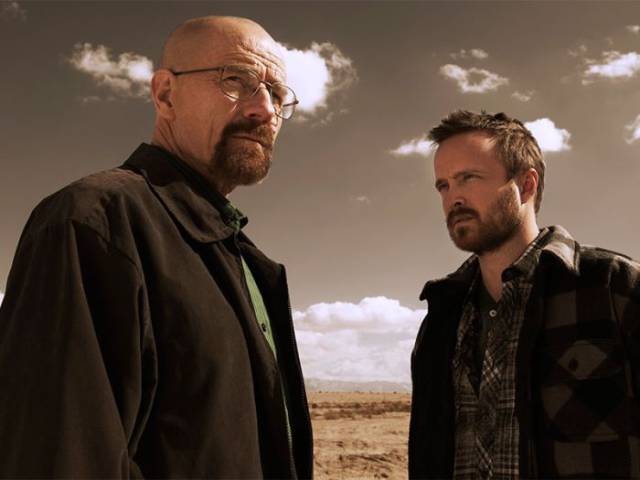