Hillenberg resigned as the series’ show runner after the first film premiered and didn’t help write any episodes for a full decade. However, he returned to work on the second movie and is set to return to the show itself. 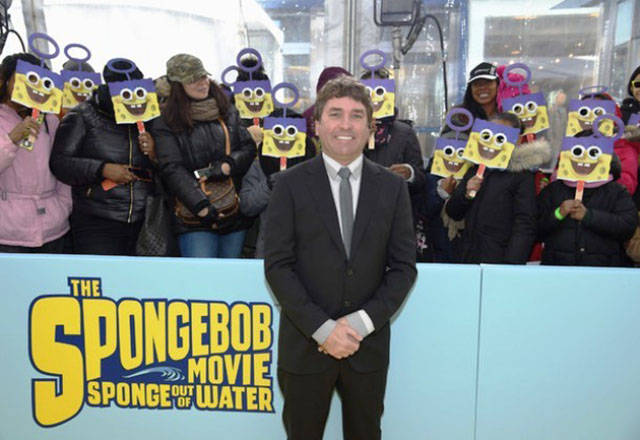 The original movie was animated at Rough Draft Studios in South Korea. 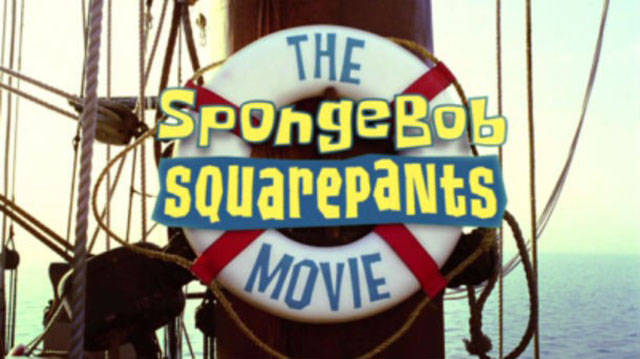 The crew of the first movie built an oversized David Hasselhoff replica to be used for visual effects. The actor kept it as a souvenir and still has it to this day. 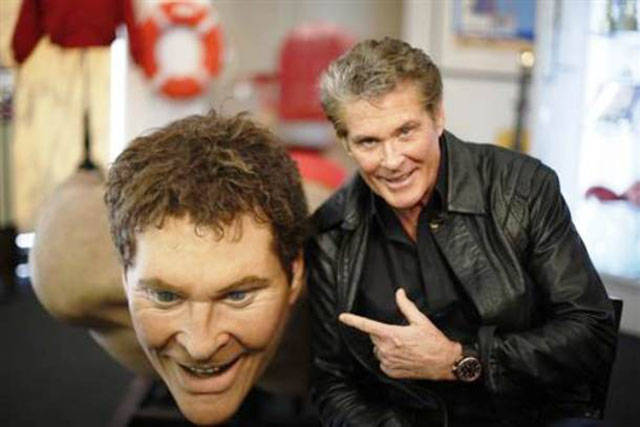 The original Spongebob movie, which premiered back in 2004, yes, you heard right, that movie is over eleven years old, is meant to be the end of the series. Everything that has premiered afterwards, including the newest movie, takes place before that story line. 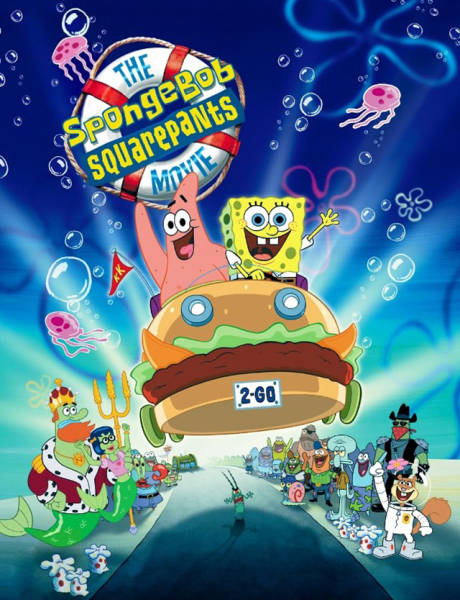 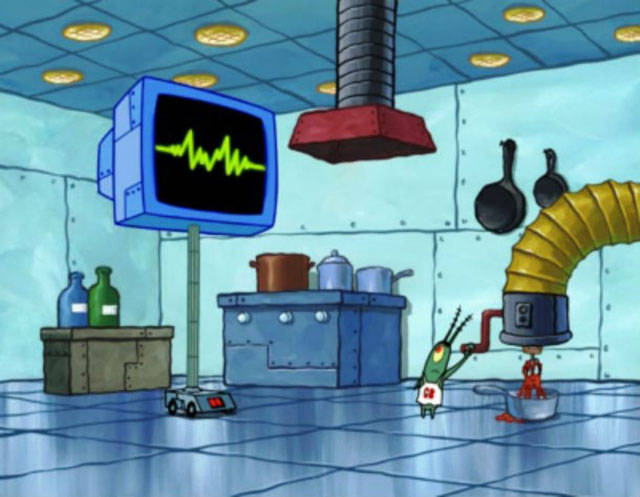 Patrick is portrayed as a dumb character because Starfish don’t have brains. 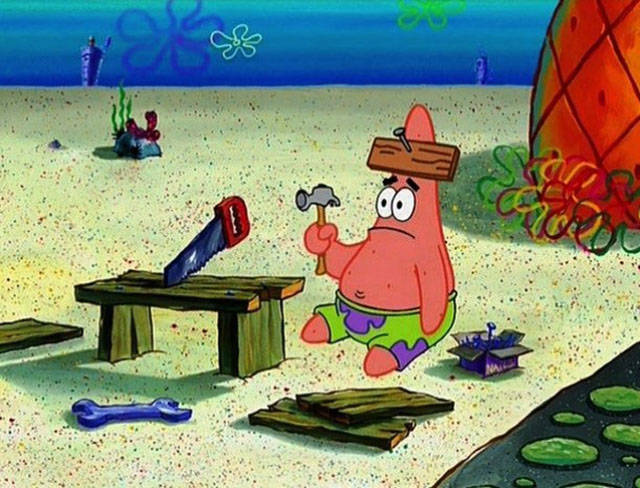 Many would consider Spongebob’s laugh to be one of the most annoying sounds they’ve ever heard. If you’re one of those people, then Tom Kenny succeeded in his mission. He purposely set out to make the laugh of the character drive everyone crazy! 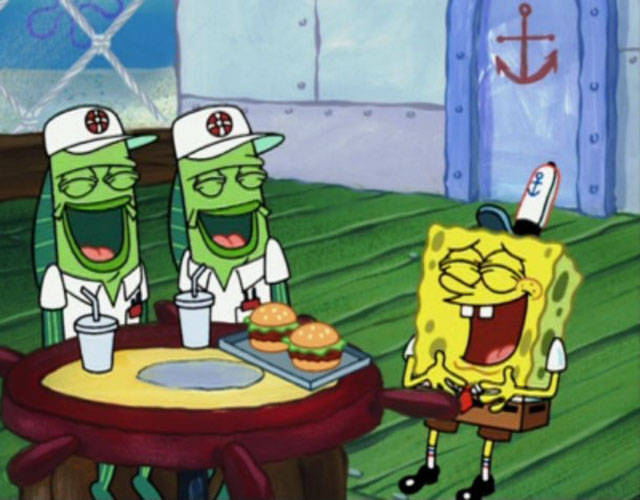 Krabby Patties are most likely vegetarian burgers since the main source of meat in the ocean is fish. If they aren’t veggie burgers, the only other possibility is that the residents of Bikini Bottom are cannibals. 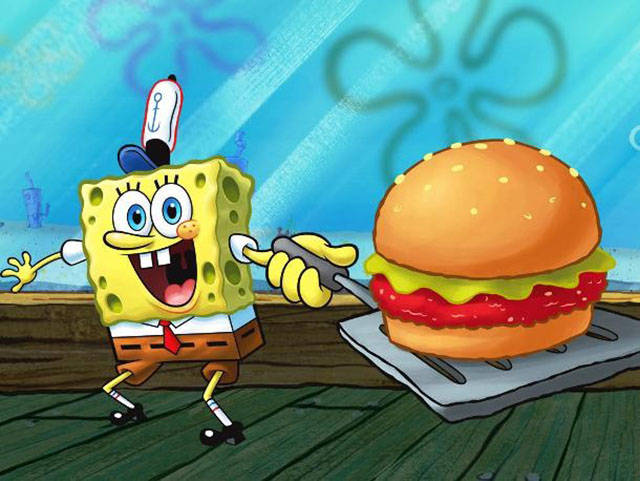 It takes about nine months to create an eleven minute episode of Spongebob. 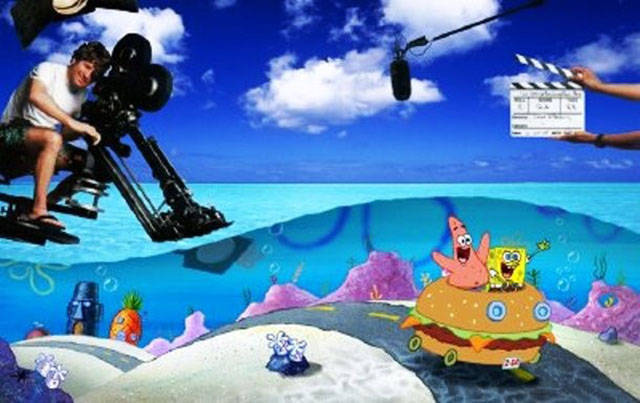 Even though he’s portrayed as one of the dumbest characters on the show, it has been confirmed that Patrick graduated from community college, whereas most of the other characters never even made it there to begin with. 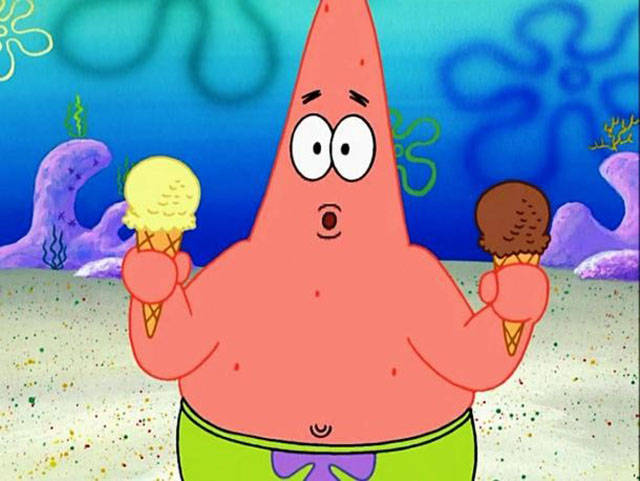 Many celebrities have guest starred on Spongebob. The long list includes Pink, Will Ferrell, Johnny Depp, and evil Robin Williams. 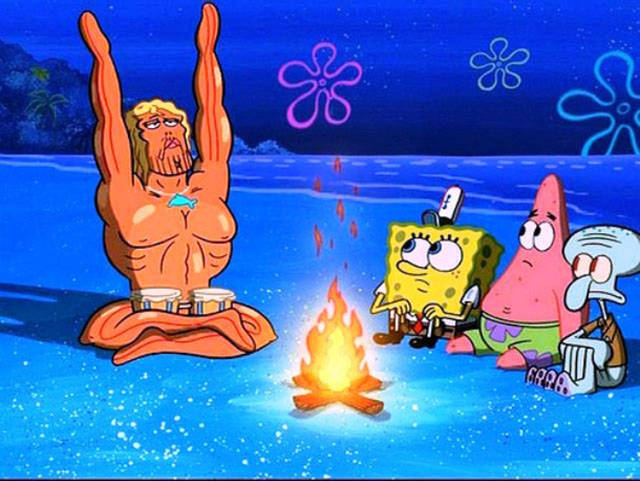 Tom Kenny voices Spongebob, but his roles on the show don’t stop there. He also portrays Patchy the Pirate, provides the voice of Spongebob’s pet snail, Gary, and even voices the French narrator that you hear from time to time. 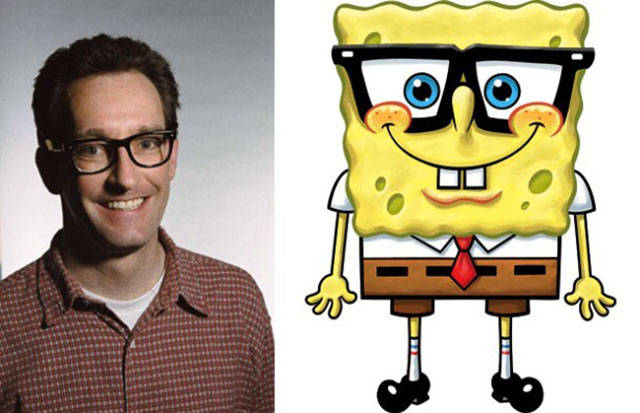 You may have heard the phrase “my leg” shouted out during one of the many scenes of chaos on the show. This voice has a character to go along with it; Fred the Fish. He has a wife, two sons, and a daughter, as well as two ex­wives. 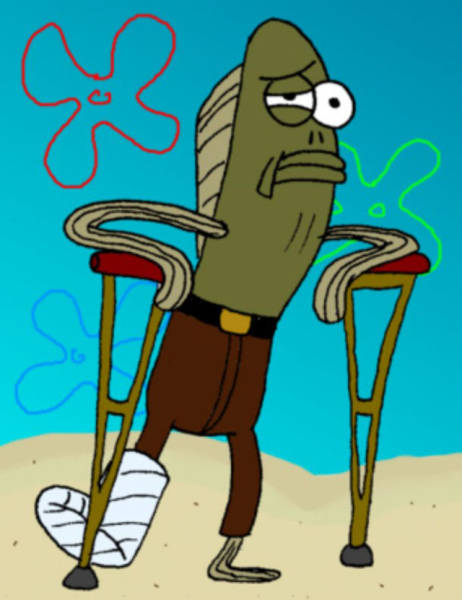 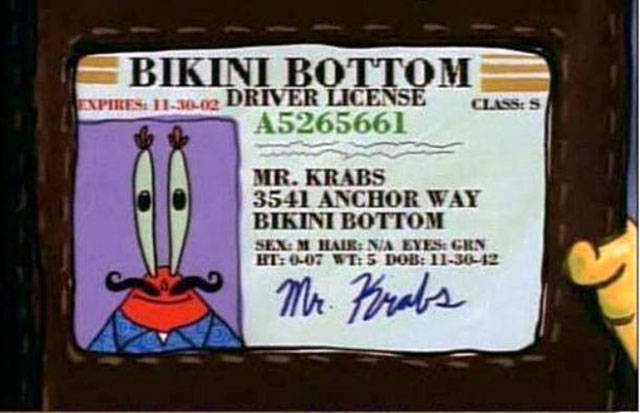 When Spongebob’s ID is shown, it shows his date of birth as July 14, 1986. This means that Spongebob is actually 30 years old. 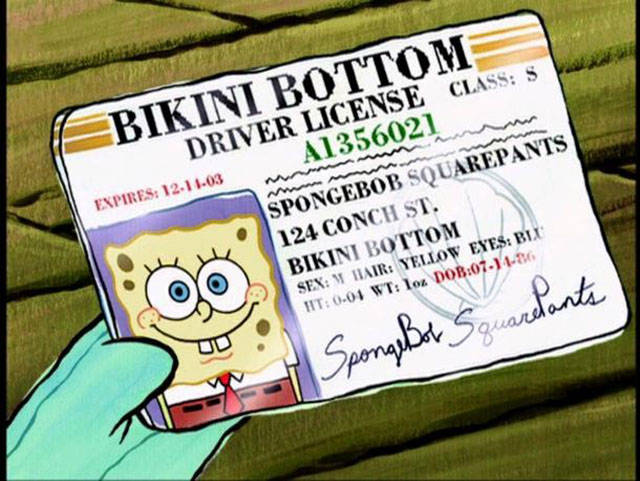 The Krusty Krab is designed in the shape of a lobster trap. 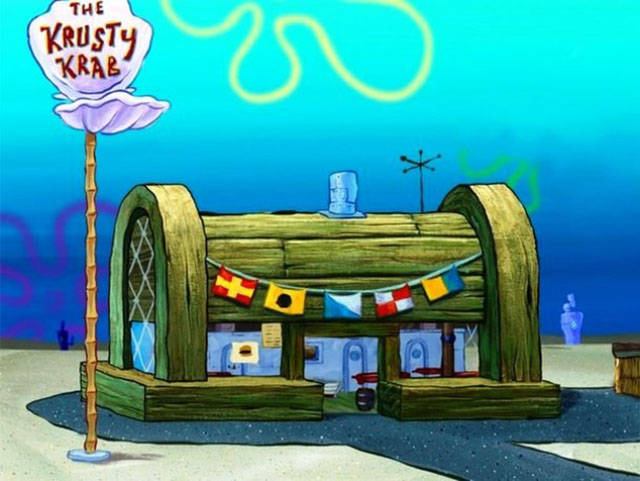 Spongebob is the longest running Nickelodeon series ever. Spongebob took the place of Rugrats after it aired its 173rd episode. 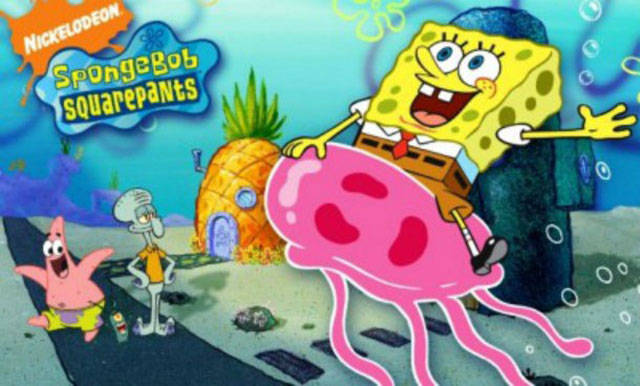 In 2011, a new fungi was discovered. In honor of the pants­wearing sponge, the fungi was named, Spongiforma squarepantsii. 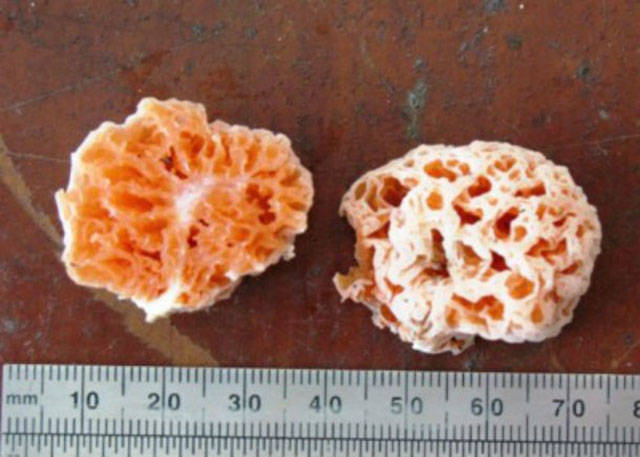 Bikini Atoll was the site of nuclear testing by the United States. This has led to a theory that Bikini Bottom as well as its citizens are the result of nuclear waste. 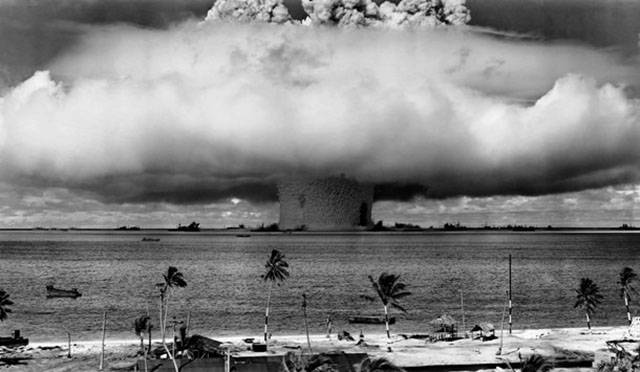 Bikini Bottom might sound like a hidden dirty joke, but in reality it is located beneath the real life island; the Bikini Atoll in the Marshall Islands. 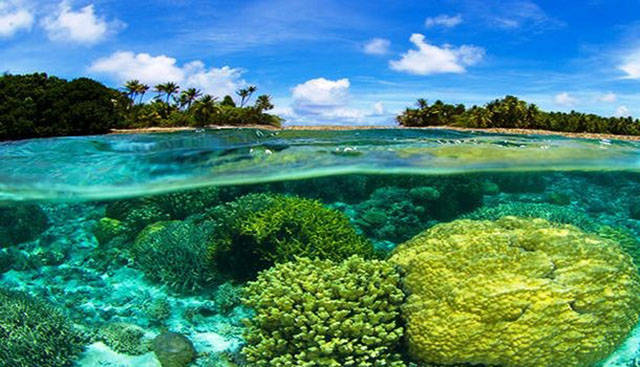 Despite the show featuring a nonsensical undersea city, the show’s creator, Stephen Hillenburg, is actually a marine biologist. 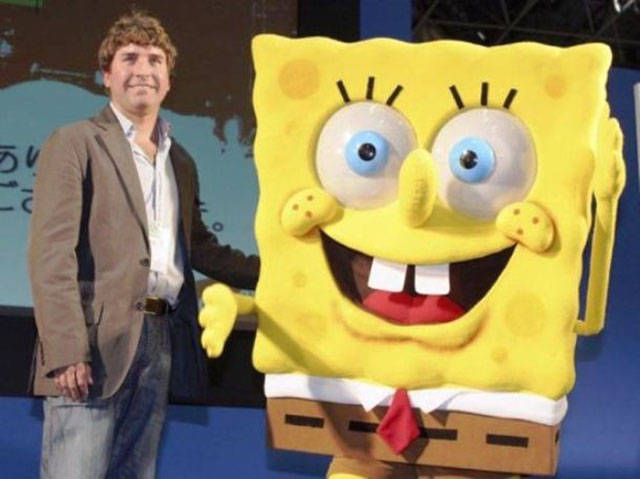 Squidward is an octopus, not a squid. He’s drawn with six legs simply because it was easier to animate. 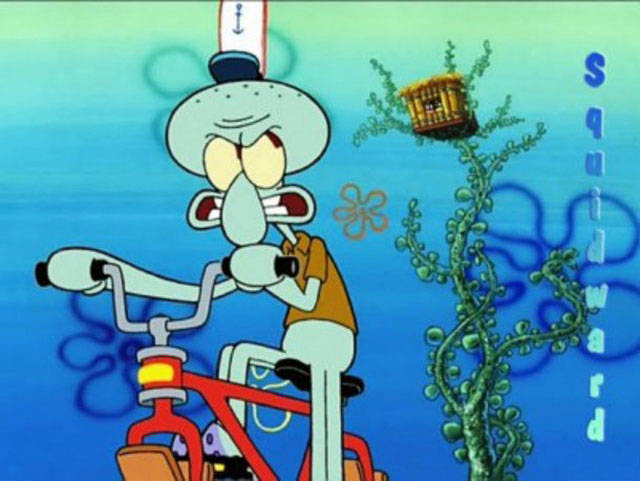 There is a theory that each of the main characters are based on one of the seven deadly sins. The audio commentary on the episode, “Plankton” revealed that Mr. Krabs represents greed, Sandy represents pride, Gary represents gluttony, Squidward represents wrath, Plankton represents envy, Patrick represents sloth, and Spongebob himself represents lust. 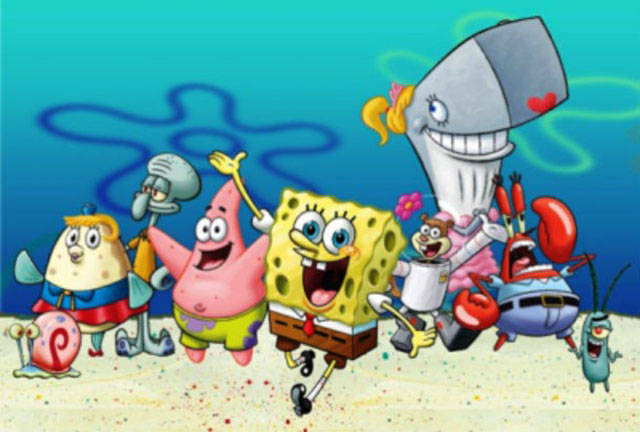 Hillenburg made sure to keep the word, “sponge” in the character’s name so that viewers wouldn't confuse him with a talking block of cheese. 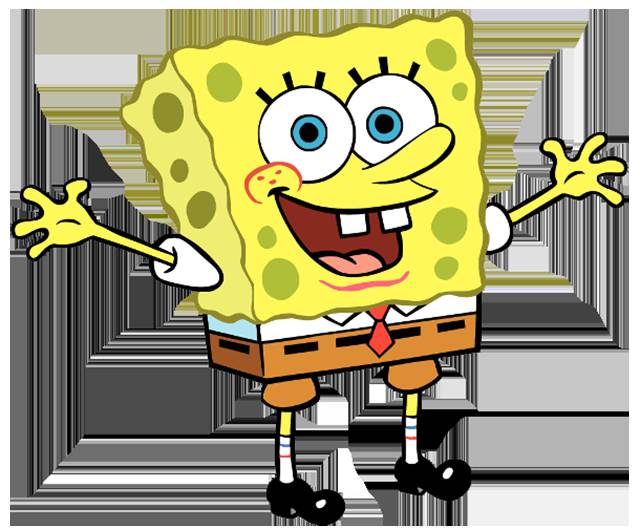 Spongebob’s original name was “SpongeBoy.” However, due to the fact that “SpongeBoy” was already a type of mop and was copyrighted, the name was changed to Spongebob. 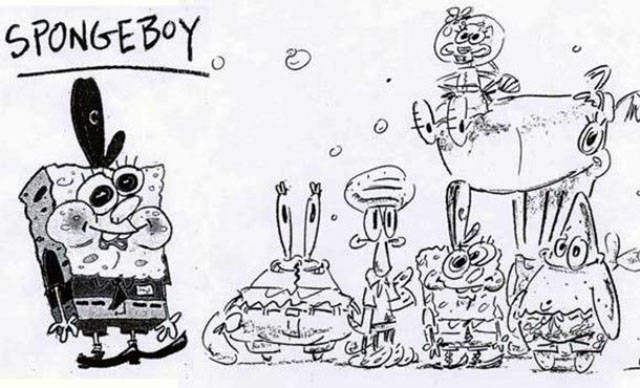