Dad Brought Trick-Or-Tricking To His 3 Y.O. When They Took A Flight On A Halloween Night (5 pics)

This man can be proudly called the father of the year for making real Halloween night for his daughter on an airplane. Little Molly, 3, was really sad that she was going to miss trick-or-tricking because he was taking a flight with her dad. But that’s when her dad had an excellent idea…

During the flight, Molly’s dad handed out candy with a note attached asking if the other passengers would drop it in her basket as she walked down the aisle. 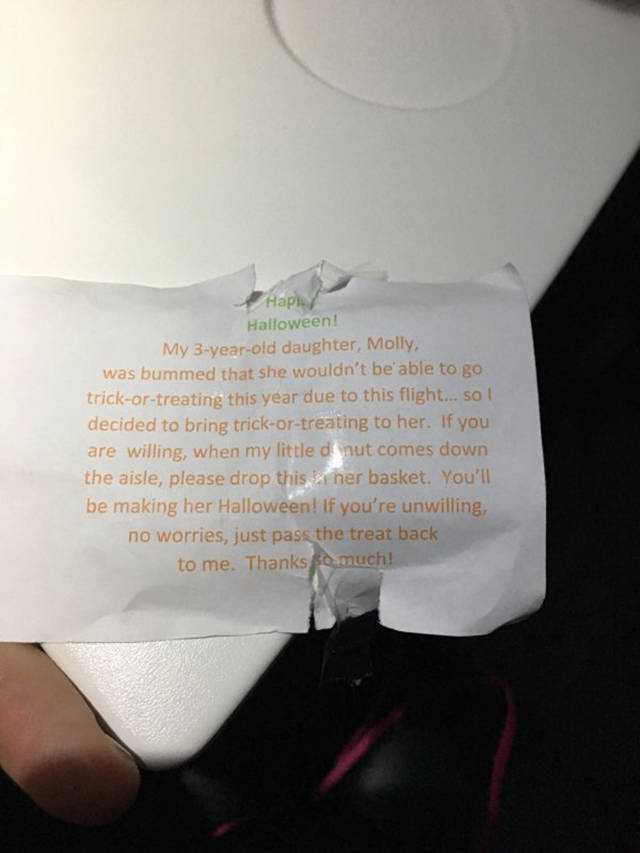 My 3-year-old daughter, Molly, was bummed that she wouldn’t be able to go trick-or-treating this year due to this flight… so I decided to bring trick-or-treating to her. If you are willing, when my little donut comes down the aisle, please drop this in her basket. You’ll be making her Halloween! If you’re unwilling, no worries, just pass the treat back to me. Thanks so much!”

The real question, who wouldn’t want to give an adorable girl dressed as a donut Halloween candy? 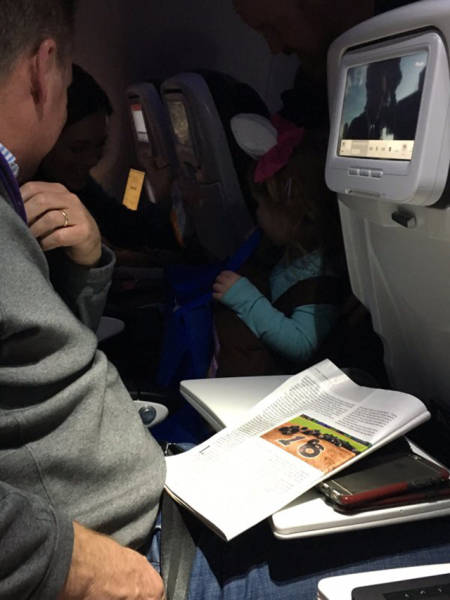 One woman on the flight took photos of the note and little Molly trick-or-treating down the aisle and posted it to Twitter. As of today, the tweet has over 65,000 retweets. 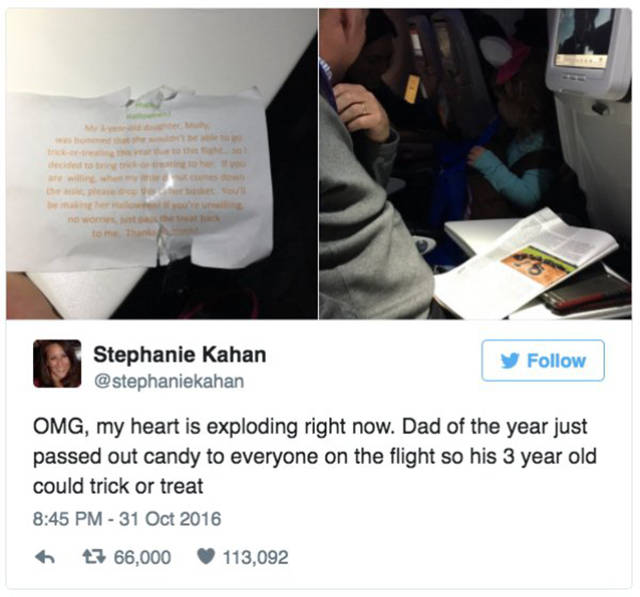