Actors That Have Been In The Most Blockbuster Movies (16 pics)

Helena Bonham Carter has 7 blockbusters under her belt, and she’s third in line for highest box-office grossing actress, behind Scarlett Johansson and Cameron Diaz. Bonham Carter played Death Eater Bellatrix Lestrange in four “Harry Potter” films, although only 3 were counted because her role in “Order of the Phoenix” was too small. She also starred in Tim Burton’s “Alice in Wonderland,” “Charlie and the Chocolate Factory” and the Fairy Godmother in “Cinderella.” Her next probable blockbuster is next year’s “Ocean’s Eight.” 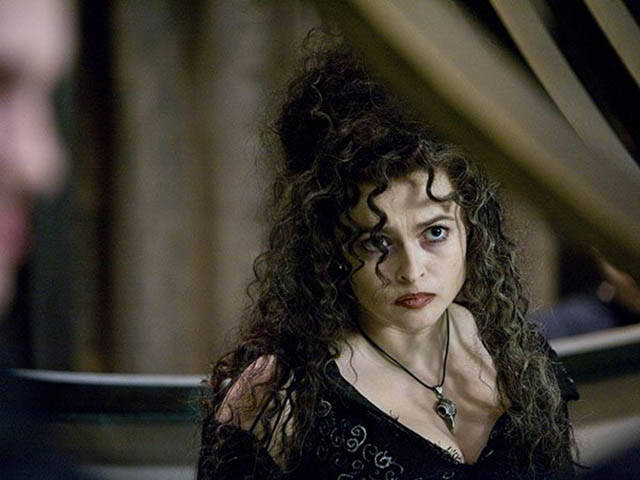 Blanchett is tied with Bonham Carter for most hits of all time for an actress with seven of her own blockbusters. She played Galadriel in “The Lord of the Rings” franchise, which accounts for four of her count, and Colonel-Doctor Irena Spalko in “Indiana Jones and the Kingdom of the Crystal Skull.” The rest of her list includes acting alongside Helena Bonham Carter in “Cinderella” and Valka in “How to Train Your Dragon 2.” She’ll also be with Bonham Carter in “Ocean’s Eight” and her role as Hela in “Thor:Ragnarok” will surely add to her total blockbuster record. 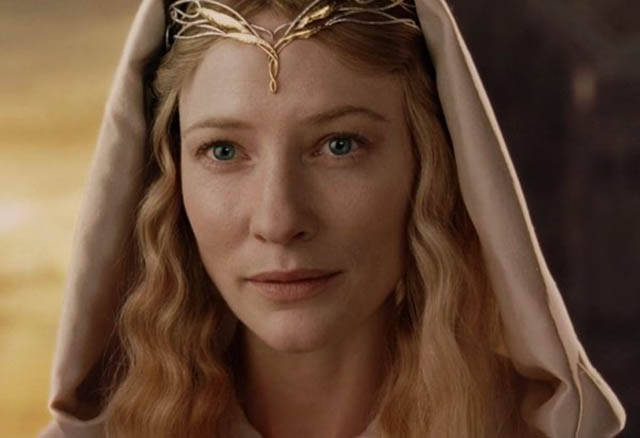 Serkis could be called the king of motion-captured performance. He brought life to Gollum in “The Lord of the Rings” series as well as carrying King Kong to the big screen while also playing Lumpy the Cook in the 2005 movie. His performances only got better as Caesar in both “Rise of the Planet of the Apes” and “Dawn of the Planet of the Apes,” and he also appeared as Supreme Leader Snoke in “Star Wars: Episode VII- The Force Awakens:

With confirmed appearances in “Cars 3”, “War of the Planet of the Apes” and “Star Wars: Episode VII”, all in 2017, Serkis isn’t going anywhere anytime soon. 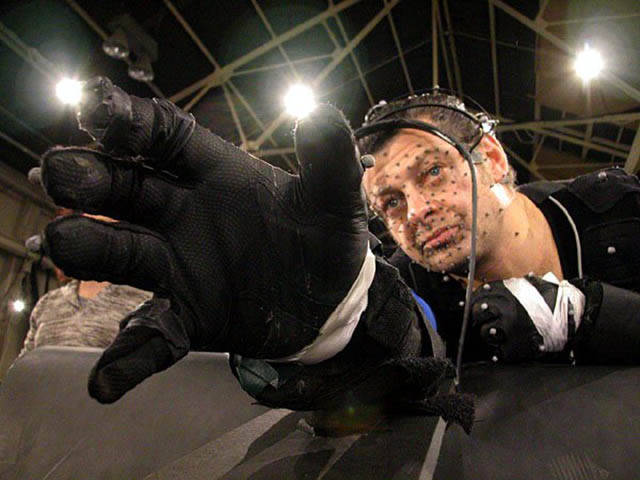 Besides his small role in “Interstellar,” Damon has seven blockbusters under his belt. His character Jason Bourne accounts for three, with the other four being “True Grit,” “Ocean’s Eleven,” “Saving Private Ryan” and “The Martian.” His movie “The Great Wall” coming out next year is sure to join the ranks as another blockbuster for him. 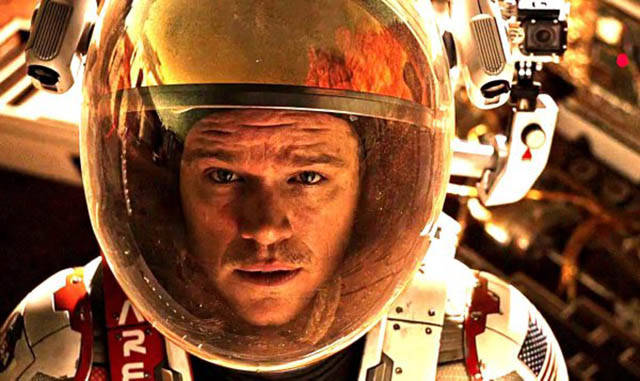 Caine and Christopher Nolan must have a great relationship seeing as five of his hits are with the famed director. He does have two non-Nolan films in his count (Cars 2 and Austin Powers in Goldmember), but his biggest hits are when the two work together. He first collaborated with Nolan in “Batman Begins” as the butler Alfred Pennyworth. He went on to reprise the role in the rest of the franchise and then played significant roles in Nolan’s other hits, Inception and Interstellar. 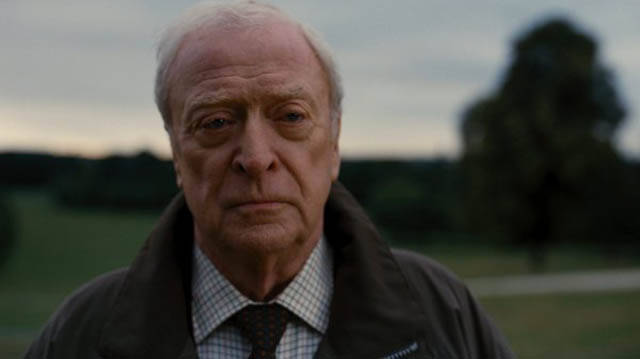 Jackson played Mace Windu in the Star Wars prequels (his appearance in Star Wars: Episode I- The Phantom Menace” and “Episode II- Attack of the Clones” were too small to count), and Nick Fury in seven Marvel films (again, his appearances in Iron Man, Thor and Captain America: The First Avenger” only counted as cameos). 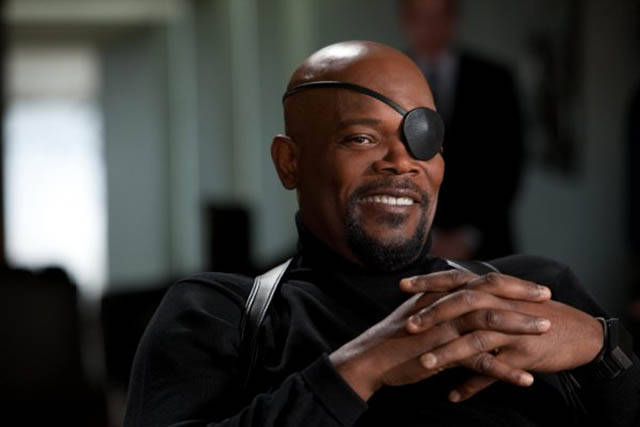 The Academy Award-winning actor was in the “Men in Black” trilogy, as well as appearing in one entry for each other Batman, Mervel and Bourne franchises. First he was Two-Face in 1995’s “Batman Forever,” then came Colonel Chester Phillips in “Captain America: The First Avenger.” Finally, he played Robert Dewey in “Jason Bourne.” “The Fugitive” got him his Academy Award for Best Supporting Actor, and rounding out the list is Lincoln. He only has one movie slated for release in the near future, the 2017 film “Villa Capri,” but he does like to appear in franchises once, so we’re sure he’s got something else cooking. 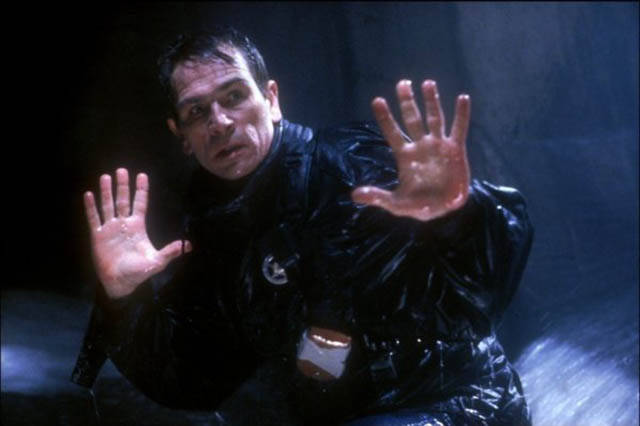 He then went on to reprise Legolas in 2013’s “The Hobbit: The Desolation of Smaug” and 2014’s “The Battle of the Five Armies” and his set to return to the seas as Will Turner in next year’s “Pirates of the Caribbean: Dead Men Tell No Tales.” 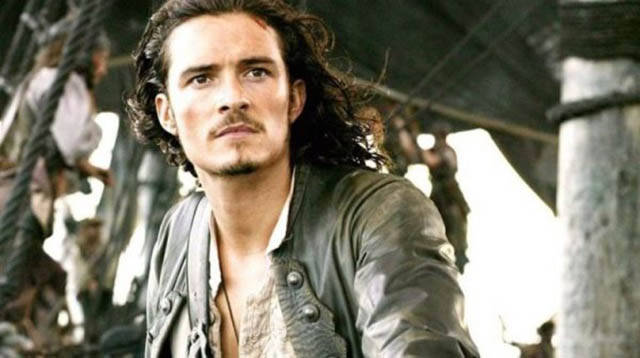 He may not seem like a giant box office attraction when you first think about him, but he actually kind of is. It all started with 1998’s “There’s Something About Mary,” and ever since he’s starred in eight blockbusters in just 14 years. “Meet the Parents” and “Meet the Fockers” (Stiller’s highest-grossing film so far) came next, and then he followed those up with two franchises, Madagascar and Night at the Museum, which would both spawn their own trilogies.

Stiller has finished off his franchises with “Little Fockers,” “Night at the Museum: Secret of the Tomb” and “Madagascar 3: Europe’s Most Wanted.” Although Madagascar is technically finished, its last installment was the highest-grossing movie in the franchise so far, so there will quite possibly be another one down the line. 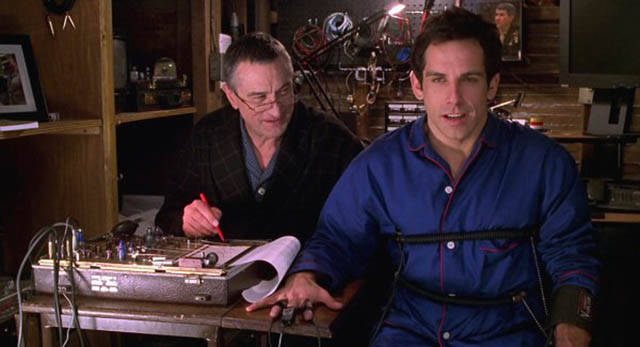 After “Iron Man,” it was all uphill for Downey. He’s now starred in eight blockbuster hits in eight years and is one of the highest-paid actors in Hollywood. And he’s not stopping.

In addition to the three solo Iron Man films, Downey has appeared in both “Avengers” movies as well as “Captain America: Civil War.” He also starred in the two “Sherlock Holmes” films and has a third in development right now. Up next for Downey are “Avengers: Infinity War” and the next untitled sequel, as well as a rumored appearance in “Spider-Man: Homecoming.” 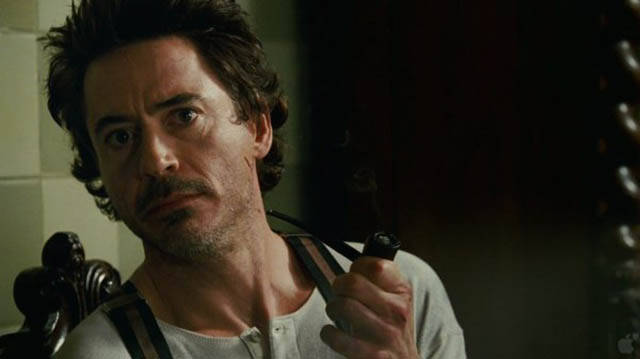 Tommy Lee Jones may have shown up in four blockbuster franchises, but Oldman has him beat out with a whopping five under his belt. Eight of his nine blockbuster hits have come from five different franchises, the only standalone film being 1997’s “Air Force One.” The majority of the rest are thanks to his roles as Sirius Black in “Harry Potter and the Prisoner of Azkaban” and “Harry Potter and the Order of the Phoenix” as well as James Gordon in the “Dark Knight” trilogy. He was also Mason Verger in 2001’s “Hannibal,” Lord Shen in “Kung Fu Panda 2,” and Dreyfus in “Dawn of the Planet of the Apes.” 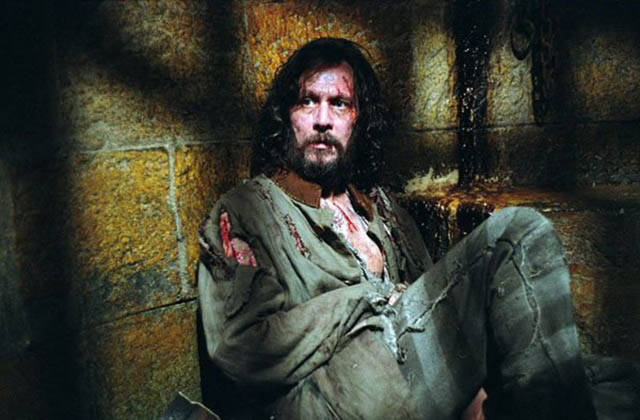 A blockbuster list wouldn’t be correct without Tom Cruise, the world famous actor who’s starred in box office smashes for the better part of 30 years. The “Mission Impossible” films account for four of his biggest hits, but standalone movies make up the rest. His success began in the ‘80s with “Top Gun” and “Rain Man” and continued into the 90s with “The Firm,” “Mission Impossible” and “Jerry Maguire.” Since then he’s been in “War of the Worlds” (his biggest hit so far), four more Mission Impossible movies (three of which were giant hits) and he’s nowhere near being finished.

Next up is 2017’s “The Mummy,” a reboot for the franchise, and a “Mission Impossible 6” somewhere in the future. 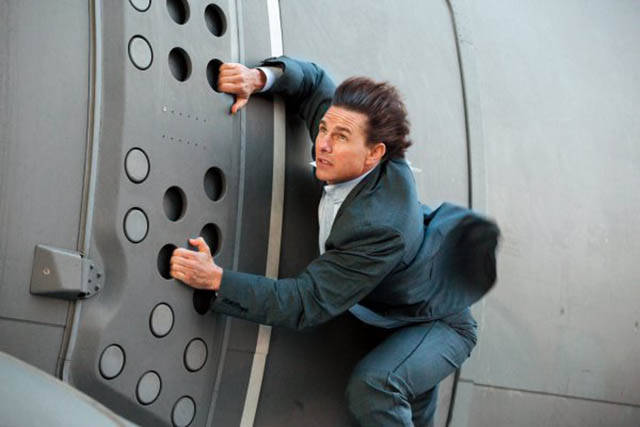 Smith hasn’t had to rely on franchises to enjoy a plentiful box office career. He did star in the “Men in Black” trilogy and “Suicide Squad,” but the other movies under his belt are standalone films starring Smith himself.

After the success of “Independence Day” in 1996 and “Men in Black,” Smith and five straight blockbuster films with “Shark Tale,” “Hitch,” “The Pursuit of Happyness,” “I Am Legend” and “Hancock,” each of which dominated the box office from 2004-2008. He’s currently slated to star in 2017’s “Bright,” a sci-fi film shaping up to be his 11th blockbuster. 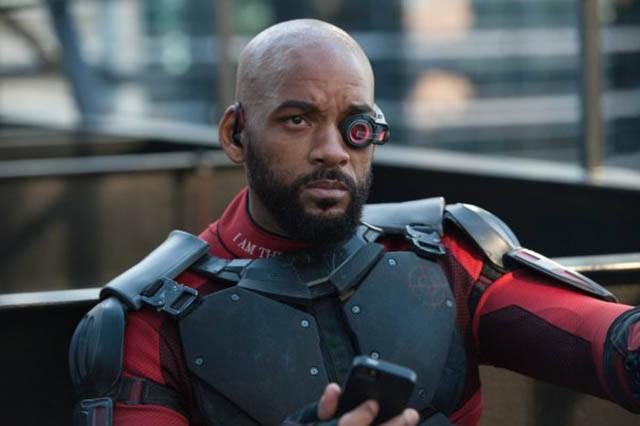 Surprisingly enough, “Toy Story” is the only franchise included in Hanks’ list of blockbuster hits. In addition to those three, Hanks has been in blockbusters such as “Catch Me If You Can,” “Apollo 13,” “The Polar Express,” “Saving Private Ryan,” “The Da Vinci Code,” “Cast Away” and “Forrest Gump.”

He’ll bring back his role as Buzz Lightyear in 2019’s “Toy Story 4,” which will definitely be another blockbuster success for him. 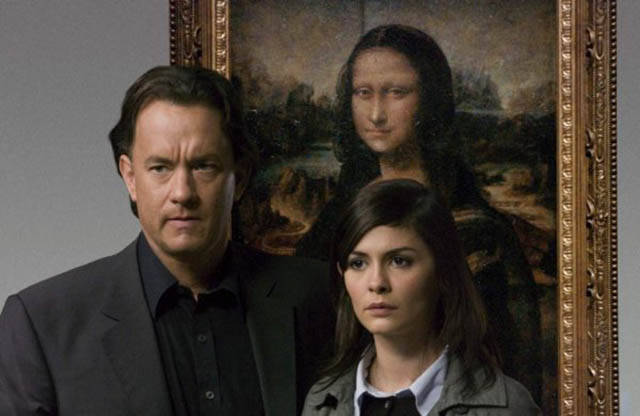 On the opposite spectrum of Tom Hanks, Sir Ian McKellen is a legendary actor who has taken a liking to blockbuster franchises. His roles as Gandalf and Magneto in the “Lord of the Rings” and “X Men” franchises have given him ten blockbuster hits. from 2000 to 2006 McKellen starred in six movies for the two franchises, as well as 2006’s “The Da Vinci Code” with Hanks. He took a break from the spotlight before returning in 2012’s “The Hobbit” and 2014’s “X Men: Days of Future Past.”

McKellen isn’t starring in any live-action films in the near future, but he will be the voices for Cogsworth in “Beauty and the Beast” and Horatio P. Huntington in “Animal Crackers,” both out next year. 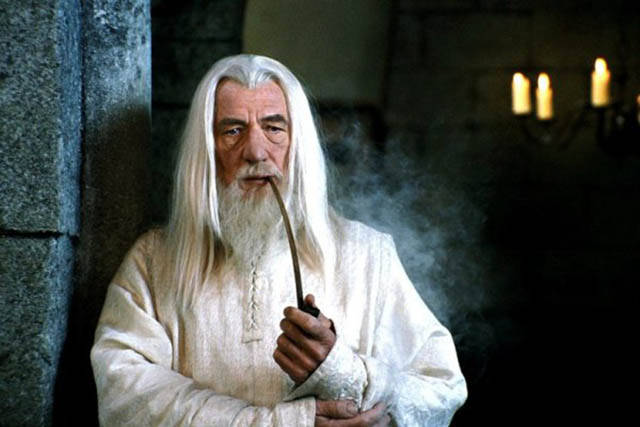 The man who got the luxury of playing Han Solo and Indiana Jones is unsurprisingly the highest-grossing actor of all time. Those two characters account for eight blockbuster his in two of the most successful franchises ever. Ford’s other hits were “The Fugitive,” “Air Force One” and “What Lies Beneath.”

His “Star Wars” career might be over, but there is another “Indiana Jones” sequel slated for 2017, and he is also set to reprise his role as Rick Deckard in next year’s “Blade Runner 2049.” 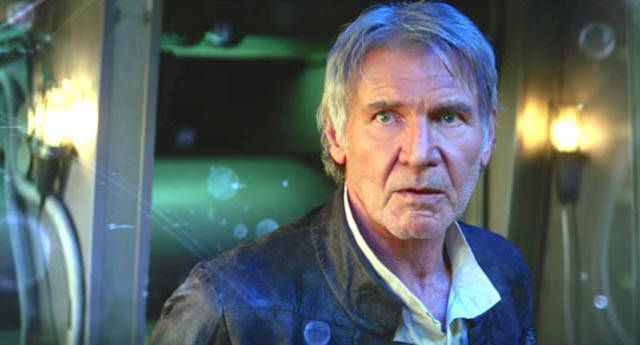