Each year, only four pilots from HMX-1 squadron, aka "The Nighthawks," have the honor of flying Marine One. 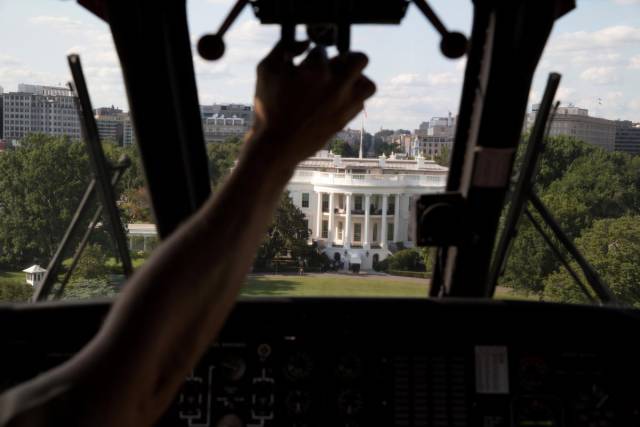 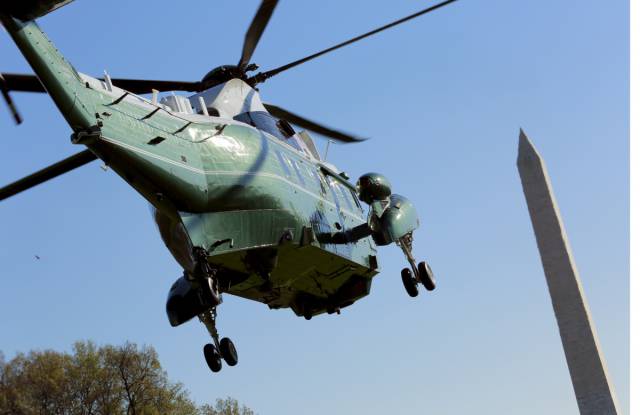 ... and can continue flying even if one of its three engines fails. 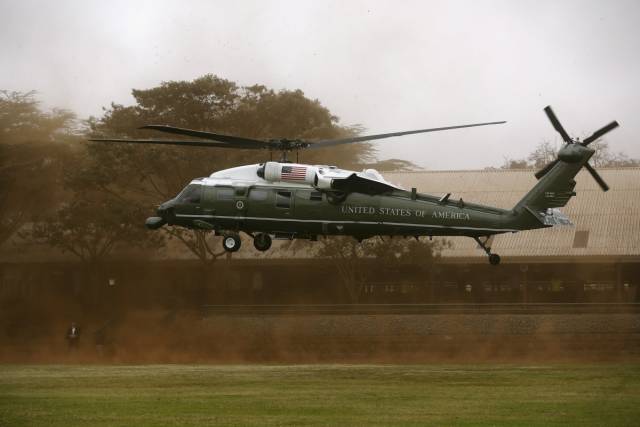 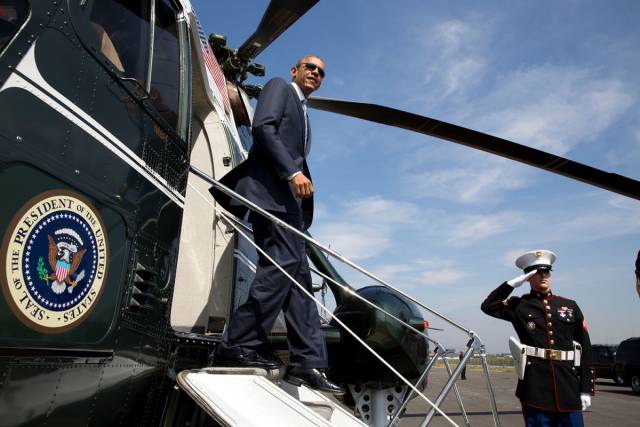 The helicopter is also equipped with secure communication lines for the president to remain in contact with the White House and the Pentagon. 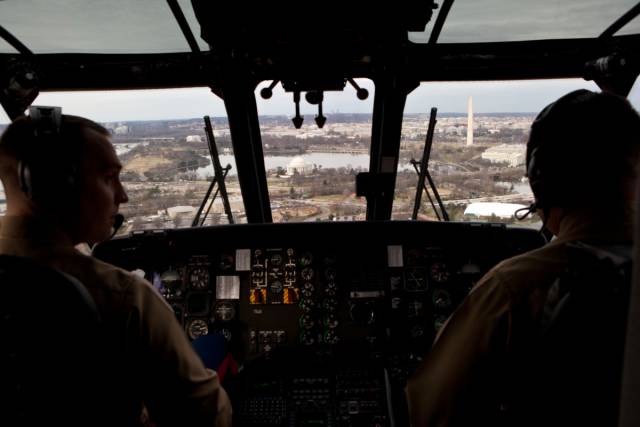 No matter where in the world the helicopter lands, the president is always greeted by a Marine. 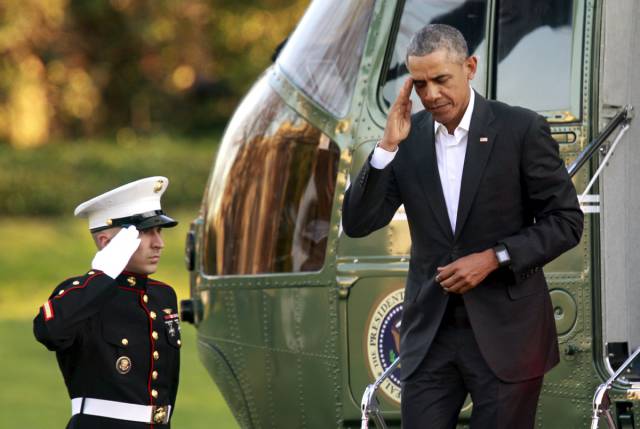 Similar to the identical decoy that flies alongside Air Force One, a decoy helicopter flies with Marine One. 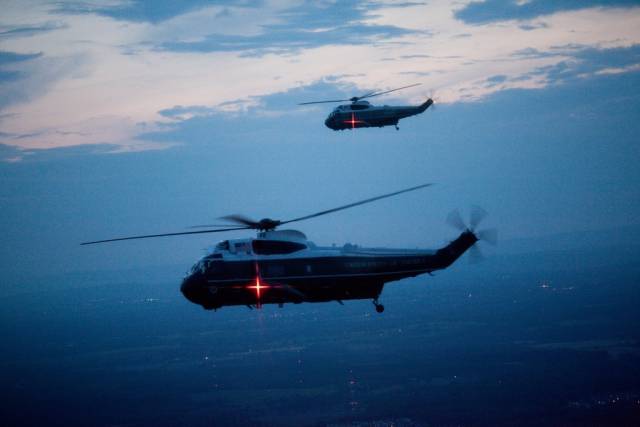 Unlike most helicopters, Marine One is so quiet that the president can speak in a normal tone of voice. 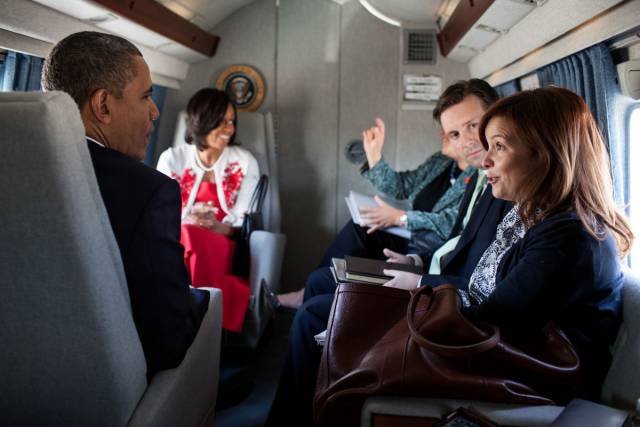 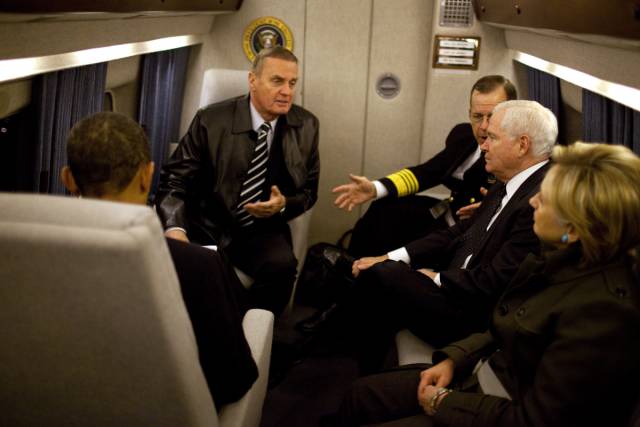 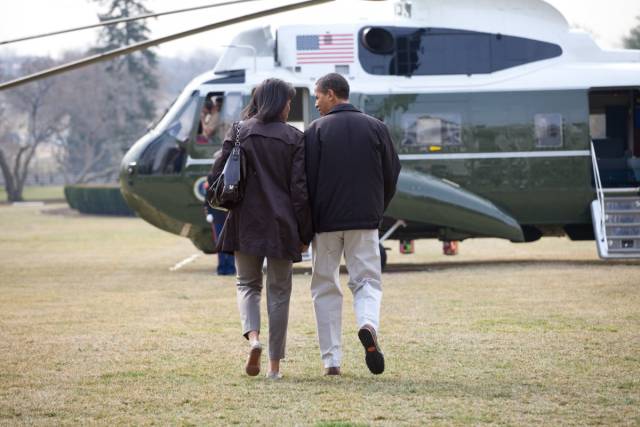 Marine One is deployed to serve the president domestically and abroad. 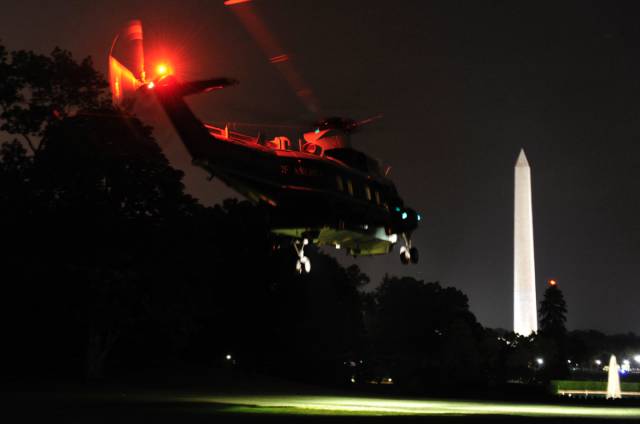 And the helicopter is massive. 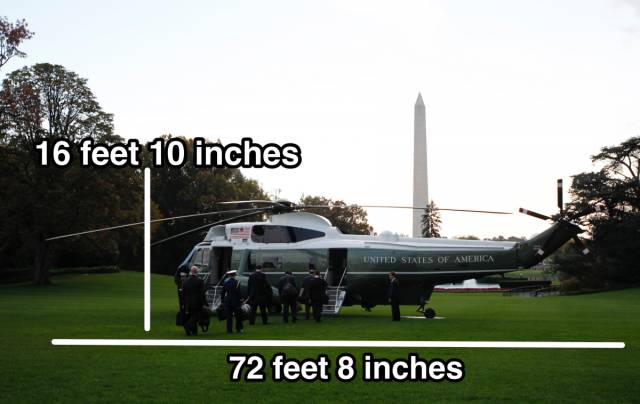