Dementors were written into the series as a representation of depression, a disease that J.K. Rowling has dealt with during her life.

Within the Quidditch trophy case, M.O. McGonagall is found on a crest.

Hugh Grant was initially set to play Gilderoy Lockhart, before scheduling conflicts forced him to pull out.

J.K. Rowling based Hermione off of herself, as she was somewhat of an ‘overachiever’ in school. Her patronus, an otter, also happens to be Rowling’s favourite animal.

The actress who played Moaning Myrtle is the oldest person to have portrayed a Hogwarts student. She was 37 at the time of filming.

Tom Felton auditioned for the roles of both Harry and Ron, before being chosen to play Draco Malfoy.

Voldemort hugging Draco in “The Deathly Hallows Pt. 2” was unscripted, so Draco’s awkward reaction is authentic.

During the Yule Ball, most of Harry’s shots are from his waist up. This is because while the rest of the cast had a few weeks to learn the Waltz, Daniel Radcliffe only had 4 days due to his heavy filming schedule.

Rupert Grint has a severe fear of spiders, just like Ron.

The only person to know of Professor Snape’s fate other than J.k. Rowling before the release of the 7th book, was Alan Rickman.

Before the release of “Harry Potter and the Prisoner of Azkaban,” stores were asked not to sell the books until after school was done for the day, as students would skip school to go get their copy.

When the first draft of Harry Potter was written, Ron Weasley had a potty mouth. J.K. Rowling’s publisher had to get them cut out because it wasn’t friendly for the young readers.

“Harry Potter and the Prisoner of Azkaban” marks the first time we see students on school grounds out of their uniforms. Director Alfonso Cuarón allowed students to wear their uniforms however they’d like in order to show off their individual personalities. You’ll notice a lot of untucked shirts and loose neck ties in this movie.

The “T” in the name “Voldemort” is supposed to be silent. The name derives from the French word for “Flight of death.”

There have been over 400 million Harry Potter books sold worldwide in 68 different languages. J.K. Rowling is also the first person to have become a billionaire in U.S. dollars by writing books. 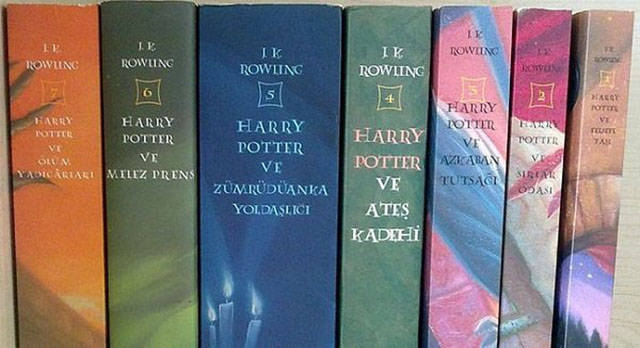 Sirius Black’s tattoos were inspired by the tattoos of Russian prison gangs.

Tonks’ hair was changed from pink to purple for the movies because the filmmakers wanted pink to be associated only with the dreadful Professor Umbridge. 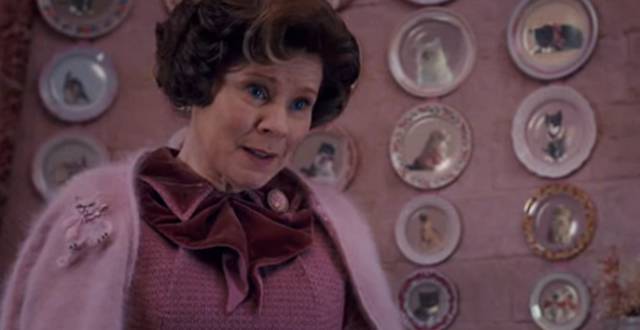 During the filming of “Harry Potter and the Prisoner of Azkaban,” Tom Felton had to have his robe pockets sewn shut, because he kept sneaking food onto the set.

Before filming of the first movie began, director Alfonso Cuaron asked Daniel, Emma, and Rupert to write an essay about their respective characters. Emma turned in a 16 page essay, Daniel turned in a 1 pager, and Rupert didn’t hand one in at all. Just like their characters would have done! 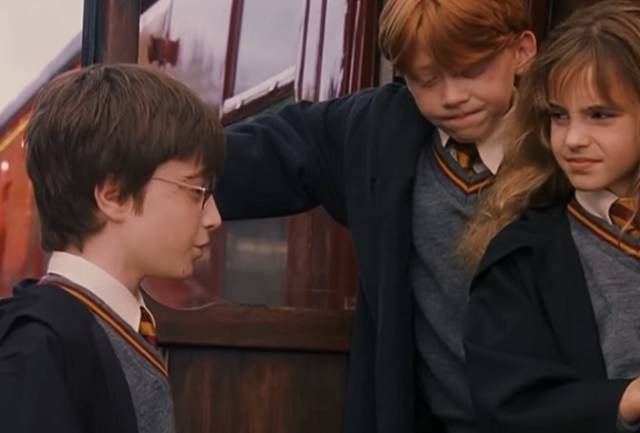