Jeff Wilson, Professor and Dean at the Huston-Tillotson University, lived a full year in a 3 square meter (33 sq. ft.) dumpster just to understand how much space does a human being require to live comfortably. He then proceeded to create Kasita -  a tiny house of 32 square meters (352 sq. ft.) which however has room for everything one could wish for. The house can be used as a guest house, secondary income suite, office or a studio. Almost everything in the house can be transformed according to the current need of the owner. Such houses are promoted as a solution to the growing housing crisis. 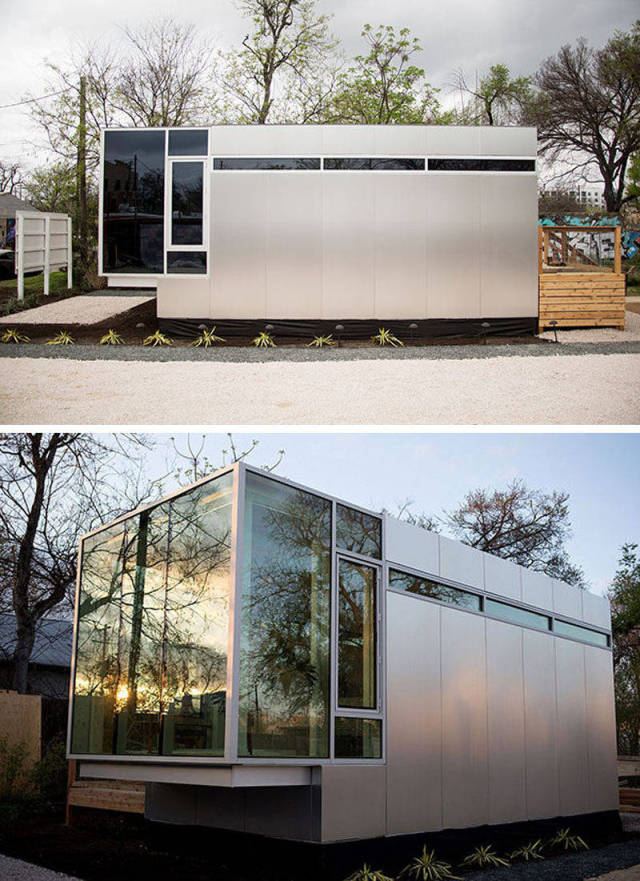 Each unit has integrated technology that includes personal light and temperature settings, built-in speakers and a video-enabled doorbell. Before we have a look at the interior photos, here’s the floor plan that shows how the unit is laid out.

Entering the unit, there’s a small hallway, and off to the right of the hallway is the bathroom, fully equipped with a shower, toilet and vanity. 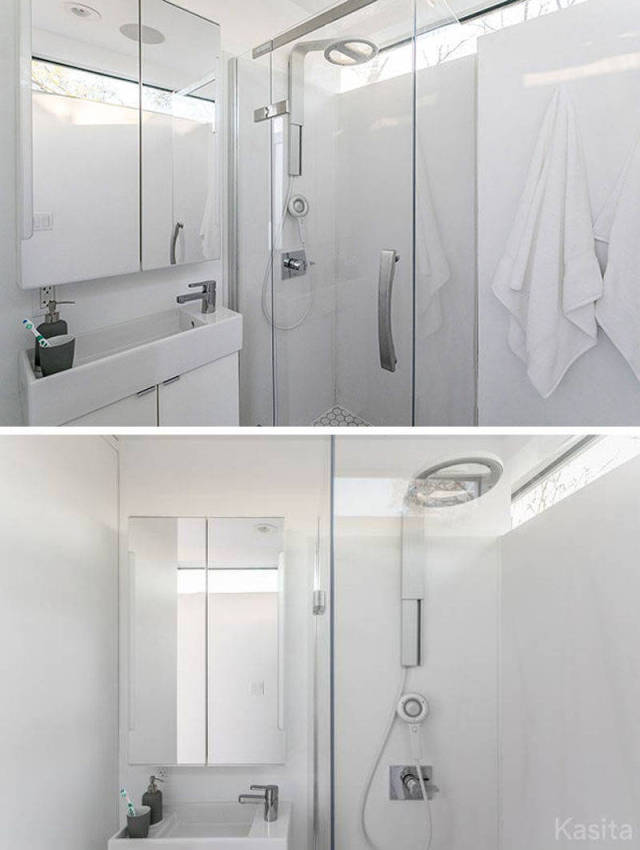 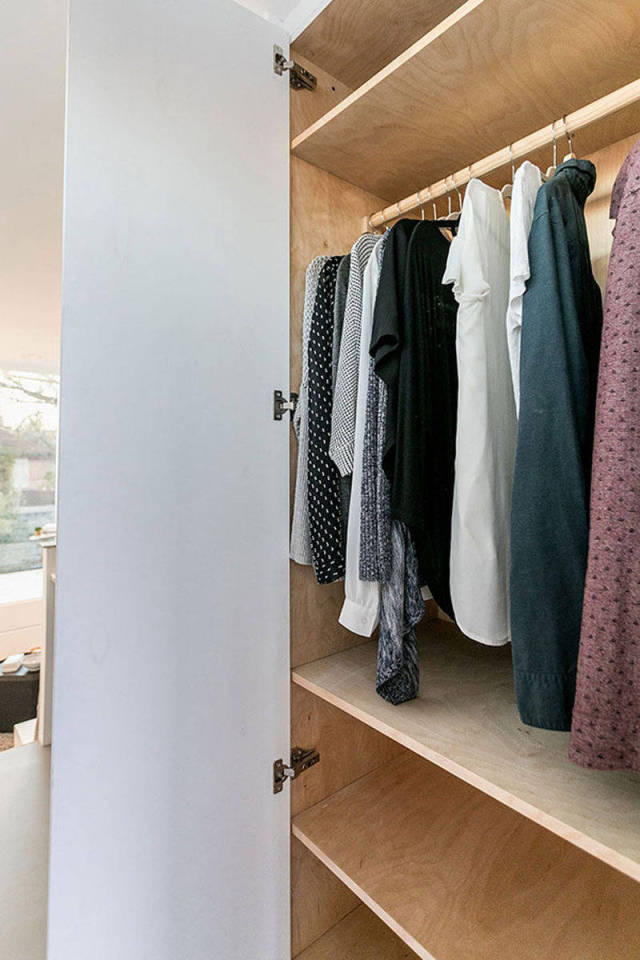 The kitchen is located next to the closet, and it has a small induction cooktop and a convection microwave oven, as well as more storage and two counter spaces. 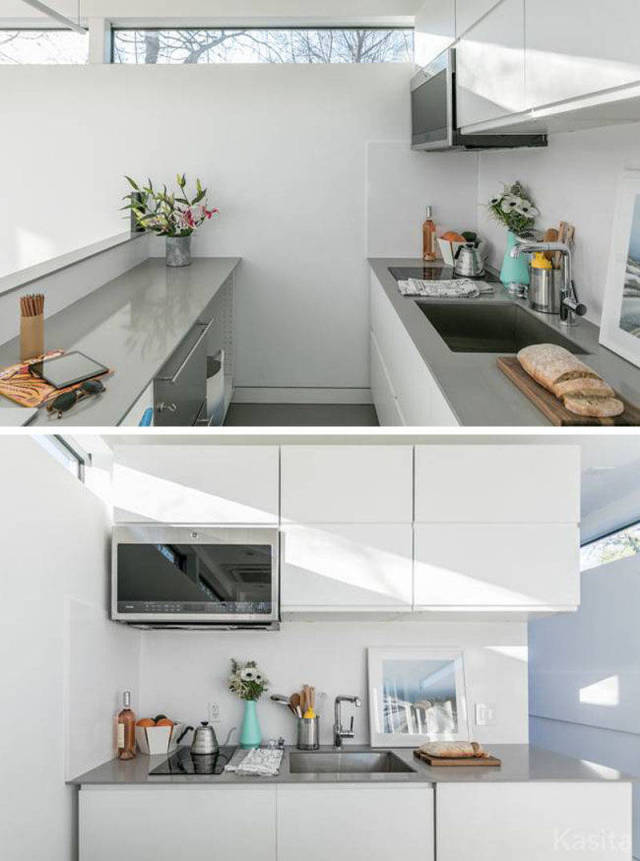 The second counter space doubles as a desk/small work area and below the counter are fridge and freezer drawers.

At the end of the kitchen counter, you can see the washer / dryer, and the wooden stairs that lead down to the living area have hidden pull-out storage drawers. 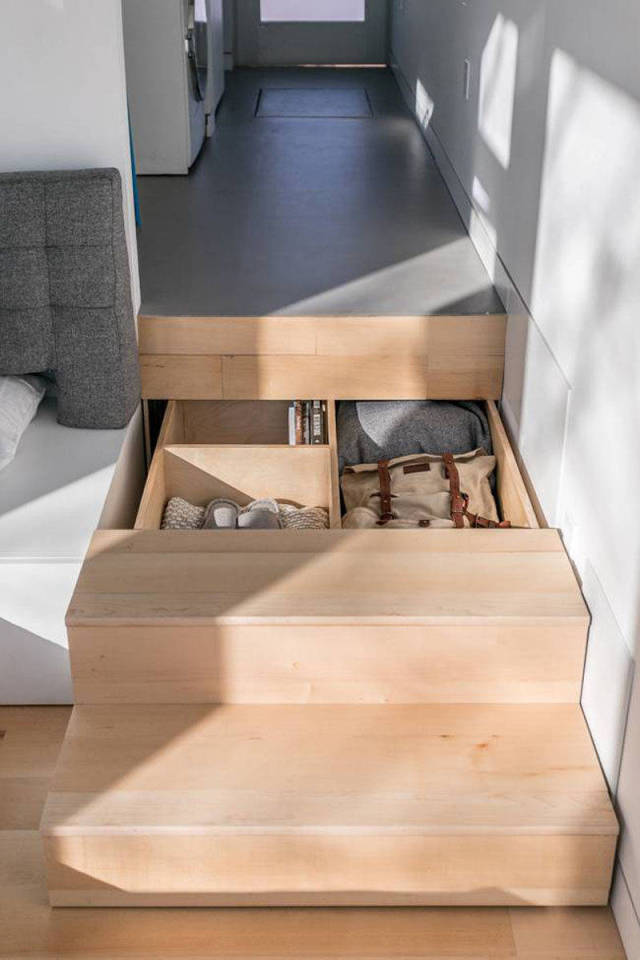 Next up is the living room that has a ceiling height of just over 10 feet. A custom designed couch fits the space perfectly and hides a bed. 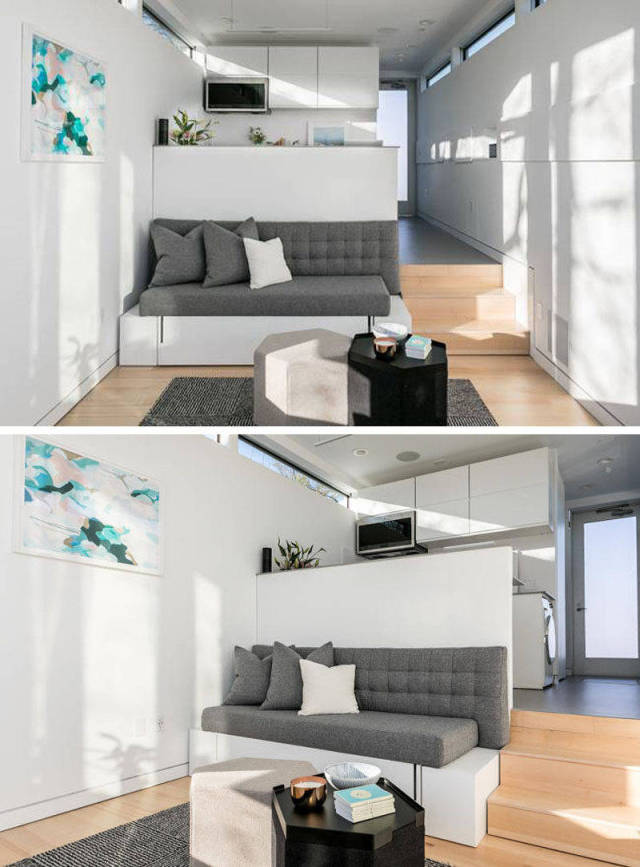 The couch can be transformed into a queen-size bed by simply extending it out. Part of the couch frame now becomes bedside tables.

At the end of the unit is a raised platform that’s surrounded by floor to ceiling windows, allowing plenty of light to fill the small space. A flat-screen television is hidden within the white storage cube with drawers, that also has a small bench next to it.