This Will Shock You – But These Are Actual Scientific Facts! (25 pics)

At least half of Earth's Oxygen comes from the ocean, not trees. Tiny aquatic plants called phytoplankton live near the surface of the water, drift with the currents, and generally do what plants do - make oxygen as a byproduct of taking in sunlight and carbon dioxide. 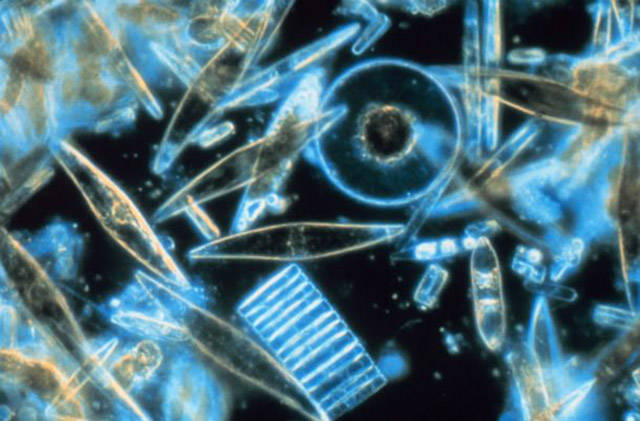 You fart after you die. Any gasses being held inside by clenched muscles get released. Gases also build up from bacteria and decomposition, so there's more where that came from. 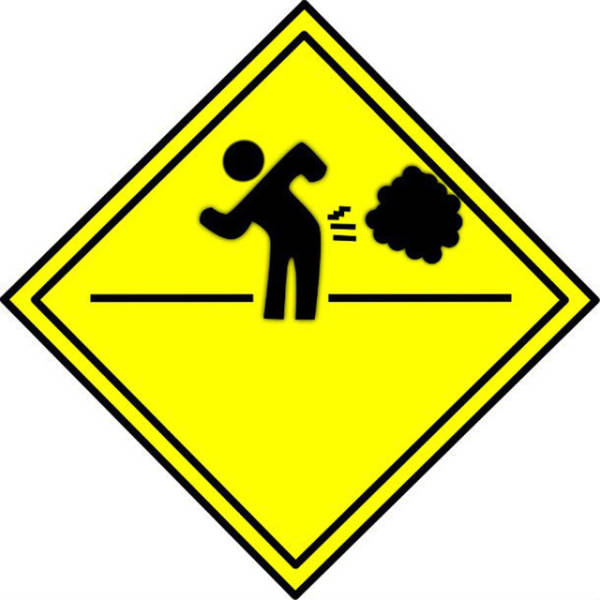 Microbiologists at the University of Idaho say that there are about ten times the number of bacterial cells in your body as there are human cells. However, this is a good thing as we need most of those bacteria; the overwhelming majority of them are beneficial. 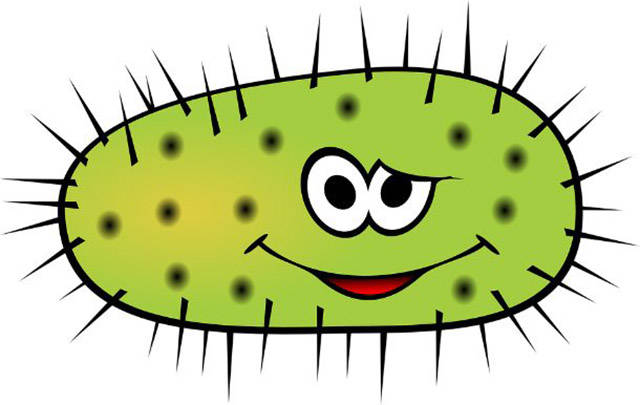 10% of Europeans are naturally immune to the HIV virus due to a genetic mutation. Scientists believe this mutation was a result of all the plagues in the middle ages. So your ancestors survived the time of The Black Death and The Pox, and today you're immune to HIV. Genetics are weird, man. 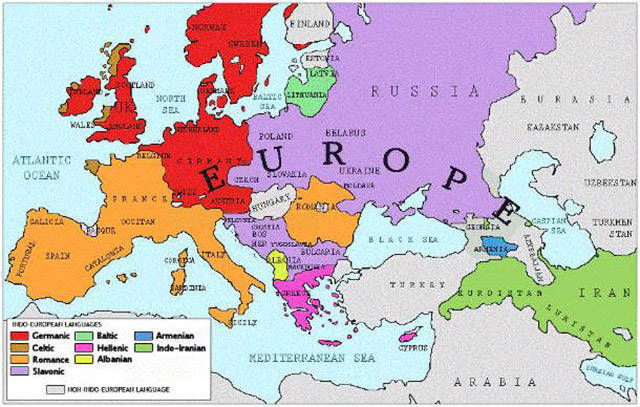 Conifer oils (think pine trees) actually contain an anti-inflammatory compound called Alpha-Pinene. This has been used to treat bronchial issues such as asthma and is being studied for other inflammatory diseases. 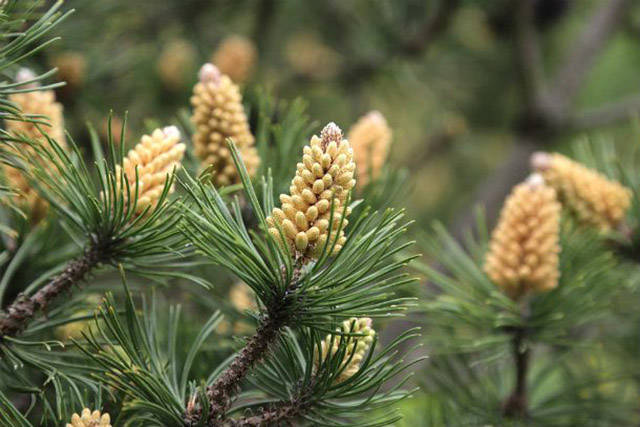 Playing a *moderate* amount of video games is actually good for you. It boosts your memory and multitasking skills, can help those with dyslexia, increases coordination, and reduces stress. 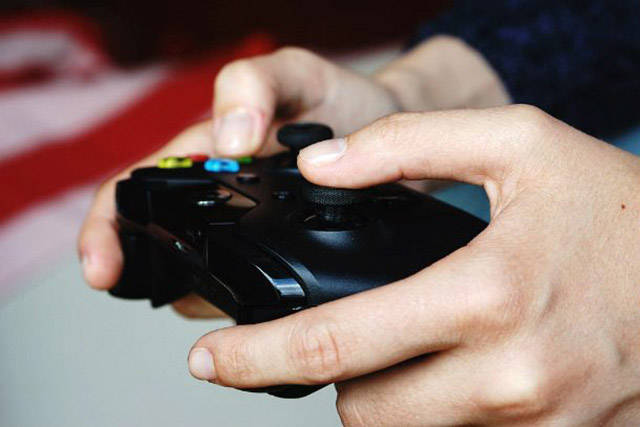 There's a migraine medication (Sumatriptan) that can actually cause some people's blood to turn dark green when taken in large does. It causes something called sulfhaemoglobinaemia which basically means there's sulphur in your hemoglobin. That's not exactly a good thing. Don't bleed green kids. 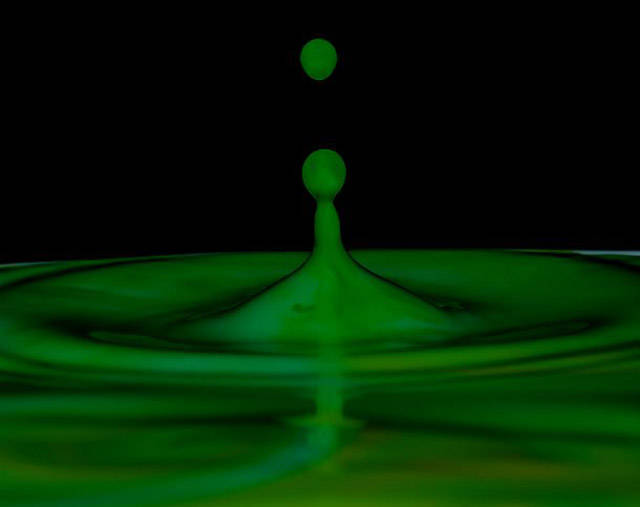 People actually avoid information that threatens their happiness and worldview. They will surround themselves with things they agree with, basically creating their own reality. According to researchers at Carnegie Mellon Univeristy, "People often avoid information that could help them to make better decisions if they think the information might be painful to receive." It's not, "THOSE ignorant people!" It's actually all of us to one degree or another. 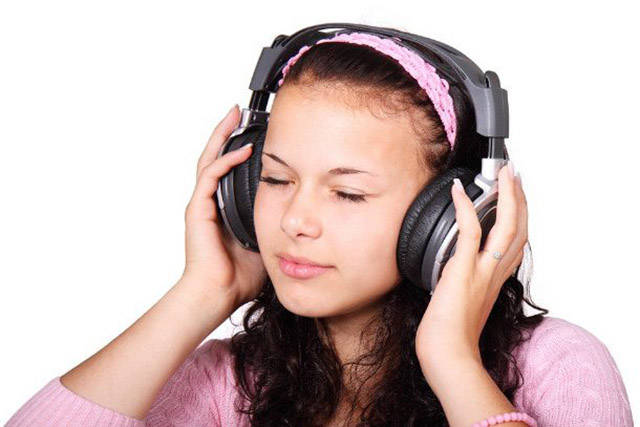 Luna moths have no mouths. Once they emerge from their cocoon, they have a 7 day lifespan during which they mate and then starve to death. (And yes, it would be a great band name, but there's already a band named The Luna Moth.) 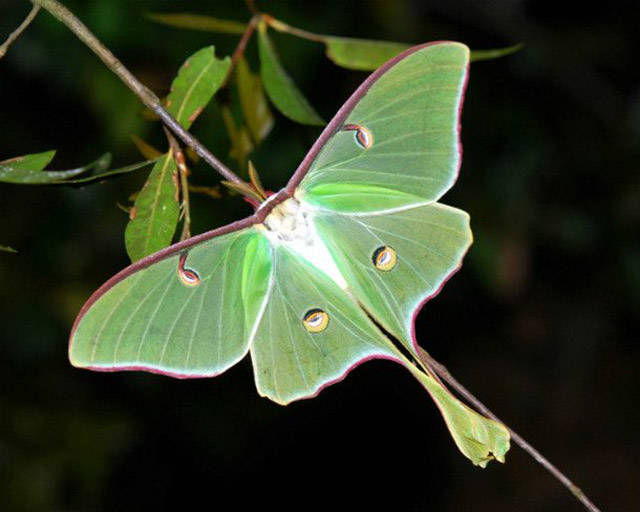 Coffee is the most widely used recreational drugs we know of. It's also one of the most addictive. It's a stimulant, like cocaine. When someone says they need a cup of coffee or that they are grumpy before coffee in the morning, they aren't kidding. They may be having withdraw symptoms. 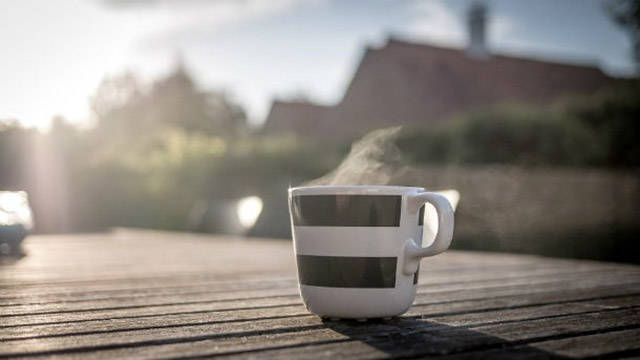 Tears you cry when you're upset actually contain a hormone that's a natural painkiller. Your body releases this hormone (called leucine enkephalin) when you're under stress. So if you ever feel like you need to just sit and have a good cry, your body is just trying to comfort itself. 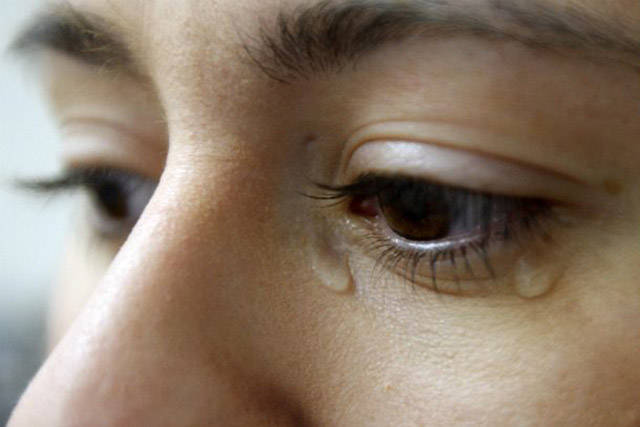 Hot and cold water sound different when being poured. It's actually noticeable to the human ear if you pay attention. Water changes viscosity (aka its thickness or stickiness) depending on temperature. Long story short, the colder the water, the higher the pitch, whereas pouring something hot like, oh, say..coffee...is going to have a lower, more comforting pitch. 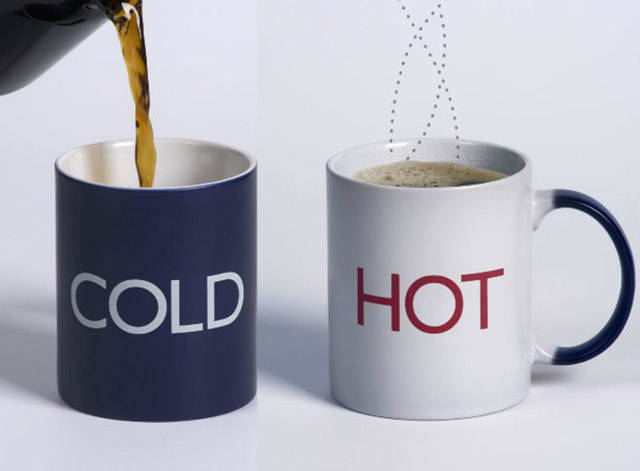 There are animals and plants considered to be "Biologically Immortal." While they can and do die, this is due to injury or disease. They don't really age (at least not in the sense of breaking down) and won't die from old age. Jellyfish and Lobsters are two examples of this. 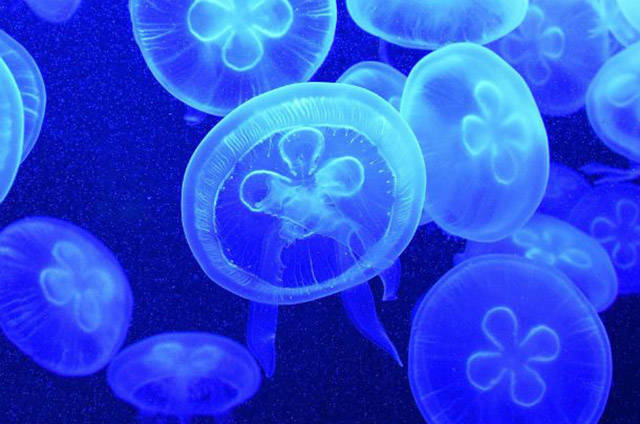 The smell that grass gives off when it's cut is actually a distress signal. You're basically smelling the grass screaming in pain. Don't tell social media, or we'll have a hashtag about it.... 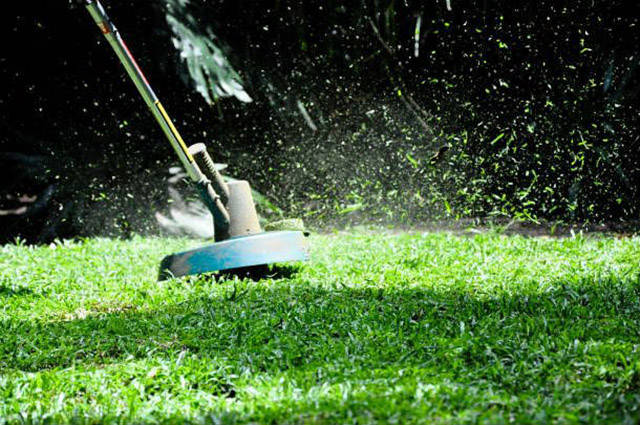 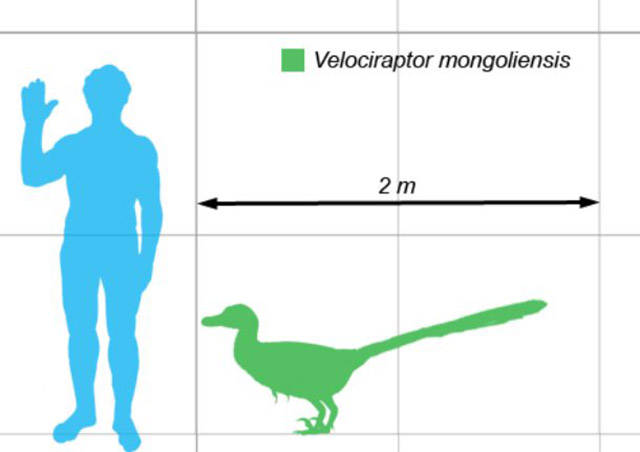 Honey, when sealed, does not rot or go bad. It's literally edible thousands of years later. Egyptian tombs have been found with jars of still edible honey inside. 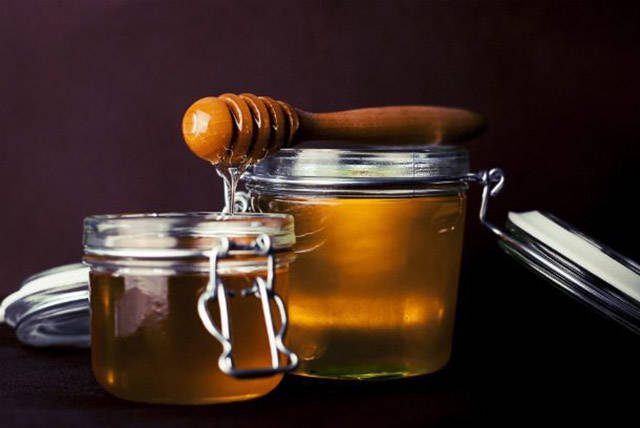 Sunflowers are sometimes used to clean up nuclear waste and radioactive soil. Sunflowers actually pick up radioactive isotopes, so as they grow, they literally suck the radiation up out of the soil. The flowers and stems are then radioactive, so no word on if they glow at night. 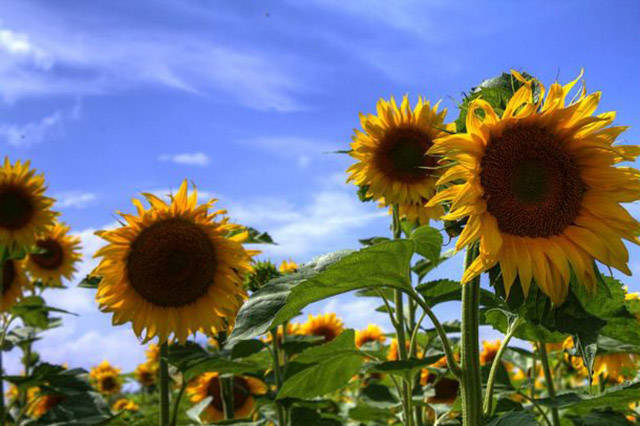 Several hundred earthquakes actually occur worldwide on a daily basis; they're just of such a low magnitude (2 or lower) that we often don't notice. Or, you know, in the middle of the ocean.

Despite being taught in school we have five senses - sight, touch, smell, taste, and sound - humans really have over 20. For example, Proprioception is the ability to tell where your body parts are in relation to other body parts, even when you can't see them, and Equilibrioception is basically your sense of balance, which allows you to stay upright when doing important things like walking. 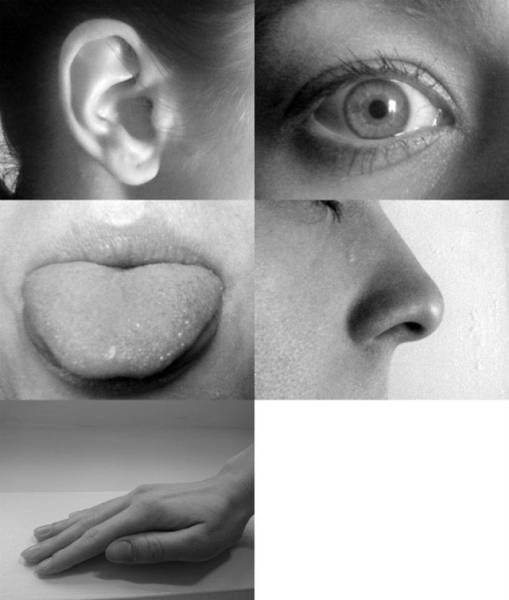 The weight of the average fluffy, cumulus cloud is a little over a million pounds. Clouds are made up of tiny drops of water dispersed over a large area (much larger than it seems from the ground) and water is very heavy. For context, that's roughly the weight of 100 elephants. 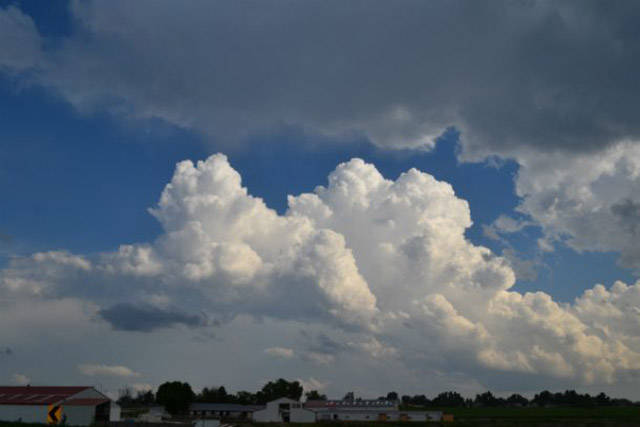 Up until the 1960's, doctors determined if a woman was pregnant by injecting her urine into a female frog. If the frog laid eggs within a day (due to the hormones in the pregnant woman's urine), it was considered positive. Before frogs, rabbits or mice were used, but these had to be killed and dissected in order to tell if the hormones had any effect on the animal. 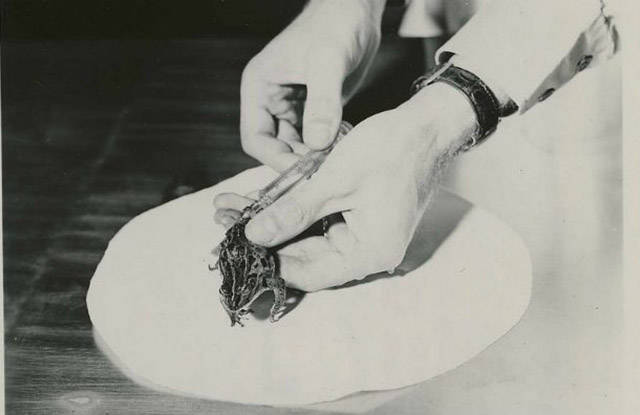 Octopus have nine brains, three hearts, and blue blood. Two hearts for the gills, one for everything else, and one central brain with a smaller one at the base of each arm. 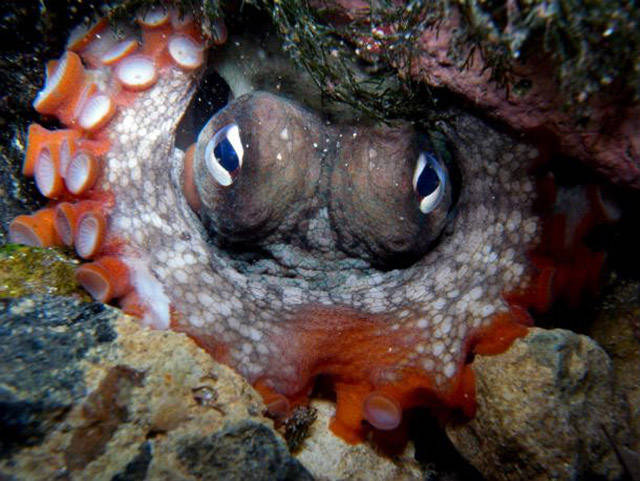 …and yes, octopus is the proper plural, not octopi. This is because the word’s origin is Greek, not Latin.

African Elephants are pregnant for 22 months. It's the longest gestation of any mammal. Some sharks, which are not mammals, can carry their young for over three years. 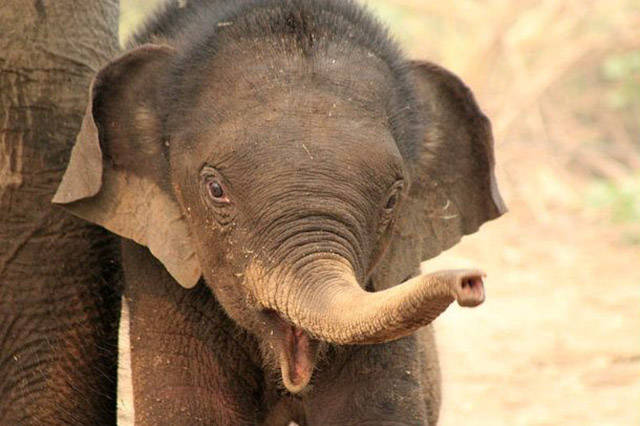 With the ability to pull 100,000 times their own body weight, the strongest creatures on Earth are actually a type of bacteria. Uh, Gonorrhea, to be exact. 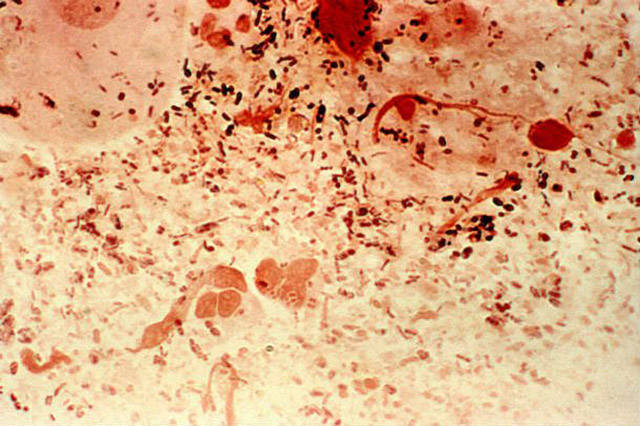 There is a species of beetle - the Bombardier Beetle - that shoots a boiling hot chemical mixture at it's enemies by mixing hydroquinone and hydrogen peroxide together, which are stored separately in the beetle's abdomen until needed. It literally farts fire at you. They live on every continent except Antarctica. 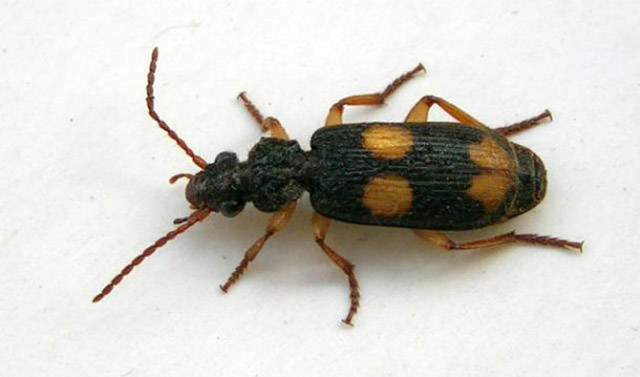