She never went to school.

But that doesn't mean she's not educated. Elizabeth (childhood nickname: "Lilibet") was taught by private tutors at home. Same goes for her younger sister, Princess Margaret. 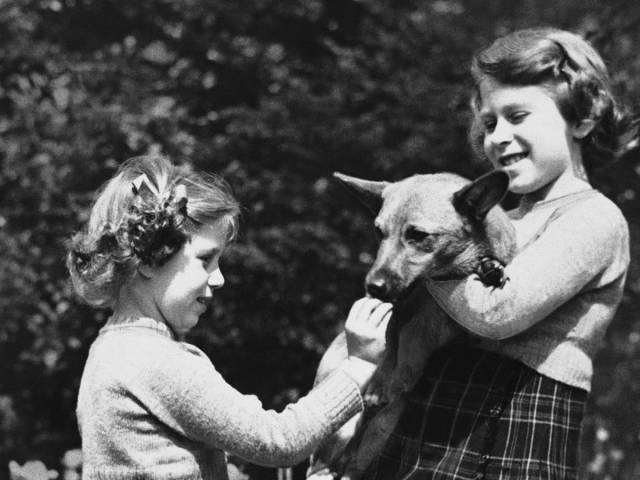 She and her sister once partied incognito in the streets of London.

Elizabeth and Margaret got their parents' permission to join the massive crowds celebrating the end of World War II on May 8, 1945. The queen has recalled the evening as one of the most memorable in her life.

"I remember lines of unknown people linking arms and walking down Whitehall, all of us just swept along on a tide of happiness and relief," she said in 1985, according to the BBC.

Elizabeth and Margaret's escapade has even been dramatized in a film called "A Royal Night Out." 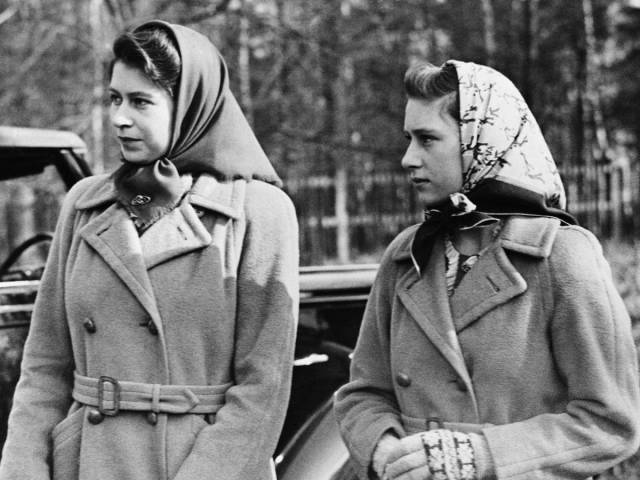 Her tiara snapped on her wedding day.

The court jeweler had to be summoned immediately to repair the diamond tiara, but it was successfully patched up in time for the ceremony. 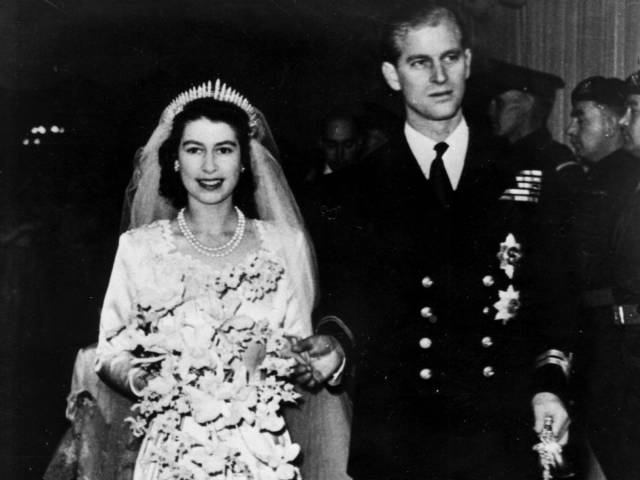 She's actually related to the man she married.

Philip was born into the royal families of Greece and Denmark, but renounced his original titles when he married Elizabeth. They've now been together for 69 years. 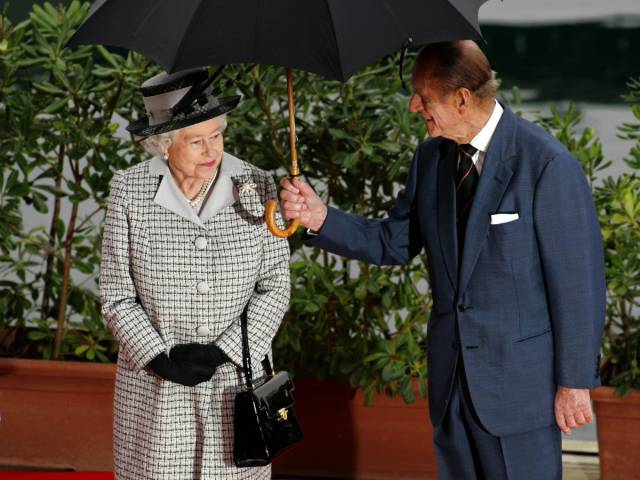 She celebrates her birthday twice a year.

The queen's real birthday is April 21, but the country doesn't officially celebrate until June 11.

Monarchs with birthdays in colder months typically schedule an additional, official birthday when the weather is likely to be better for a parade. Elizabeth has one every June. 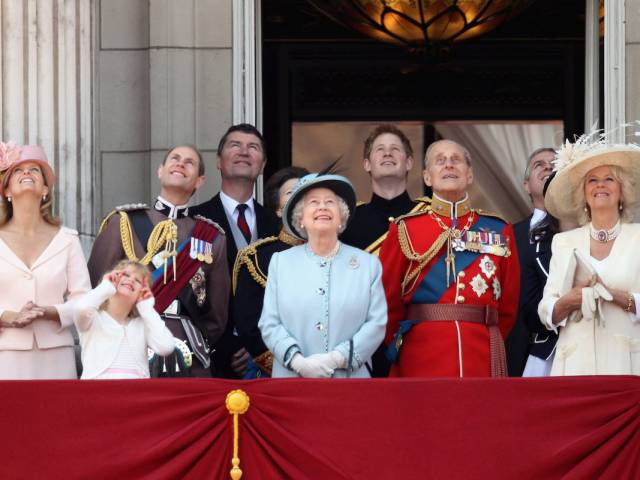 She has reigned for so long, four out of five UK residents weren't alive when she ascended the throne.

Most Brits have never known another monarch besides Elizabeth: 81% of UK residents weren't alive when Elizabeth ascended the throne, according to data from UK Office of National Statistics.

She became queen immediately upon the death of her father 1952. Now, at 90, she's the world's longest-reigning monarch. 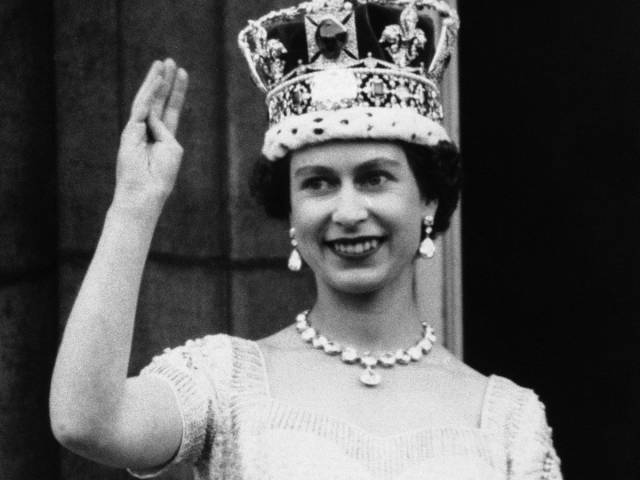 In her 65-year reign, she's outlasted 14 British Prime Minsters and 13 US Presidents. 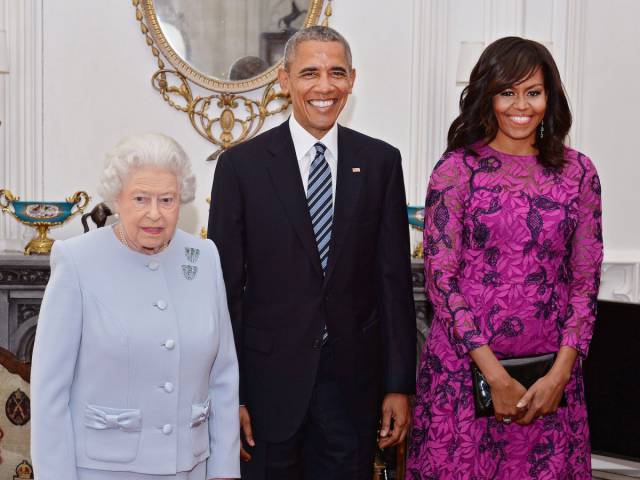 Elizabeth's father brought home the royal family's first corgi in 1933, and on her 18th birthday, Elizabeth was gifted her very own corgi named Susan. Many of her subsequent corgis descended directly from Susan.

The queen also introduced an entirely new dog breed known as a dorgi — a cross between a corgi and a dachshund. 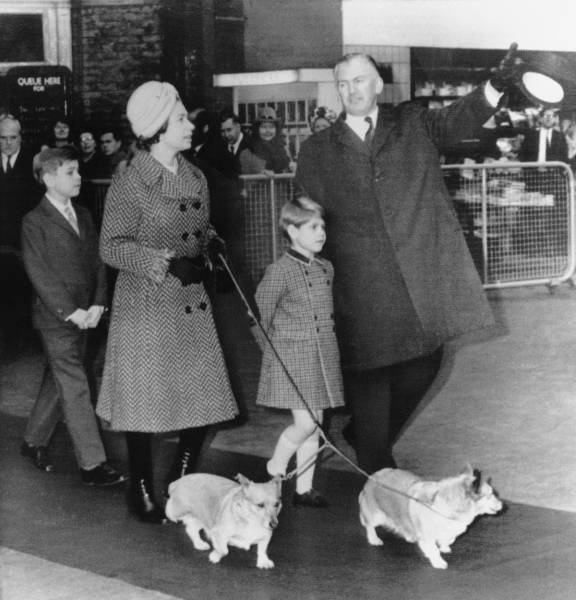 She owns all the swans and dolphins that swim in UK waters.

As early as the 12th century, the British monarchy laid claim to "all mute swans" in the country, according to the official royal family website. Back then, the birds were considered a delicacy.

Today, the Queen doesn't eat those swans, but she technically still owns them. Every year, the Queen's Swan Marker (actual job title) leads a multi-day census called the Swan Upping to count the birds and check up on their health.

Plus, thanks to 1324 statute, the queen can also claim ownership of all "fishes royal" — that means any sturgeon, dolphins, whales, and porpoises that reside in the waters around the UK. 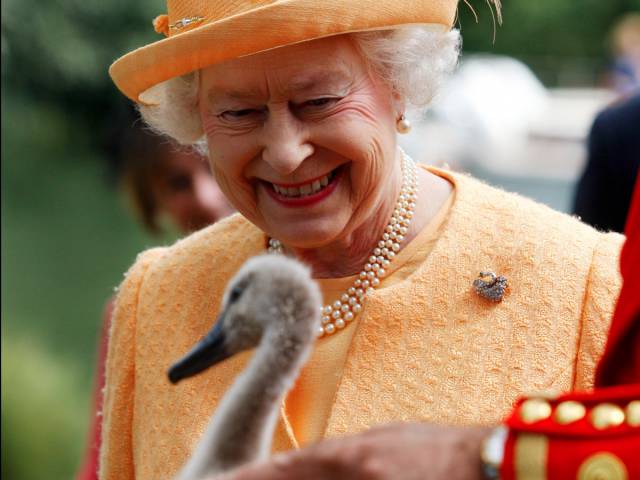 She's made at least 260 official overseas trips since taking the throne.

These days she's making fewer international trips, but the queen hasn't slowed down much: The Telegraph reported that the Queen carried out 341 royal engagements in 2015 — more than Prince Harry, Prince William, and Kate combined.

By the way, here's what the royal family actually does every day. 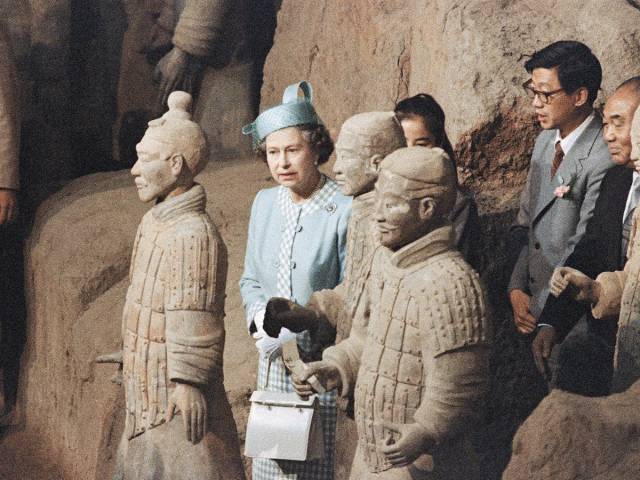 She's rich, but she's not even close to being the richest person in the UK.

The queen gets some money from taxpayers and whole bunch more from the royal family's private real estate holdings. Her personal fortune is estimated to be £340 million (about $414.7 million). Sounds like a lot — but for the past two years the queen has failed to make the Sunday Times's list of the 300 wealthiest Brits. 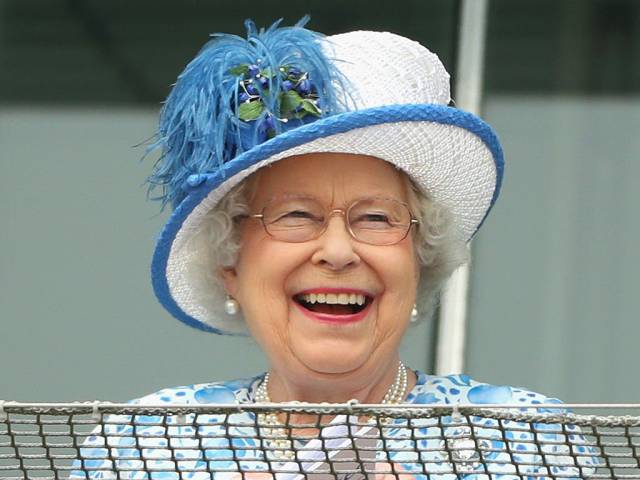 She also gets to use a private ATM at Buckingham Palace.

It's provided by Coutts, one of Great Britain's most prestigious banks. 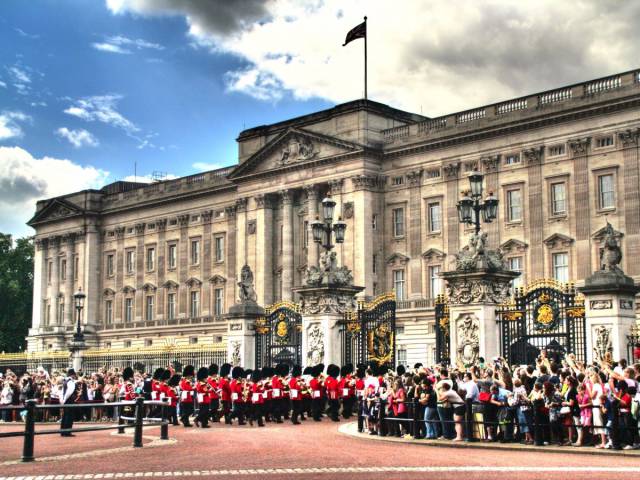 She doesn't have to pay taxes, but she does anyway.

The sovereign isn't required to pay income or capital gains taxes, but Elizabeth has been voluntarily doing so since 1993. 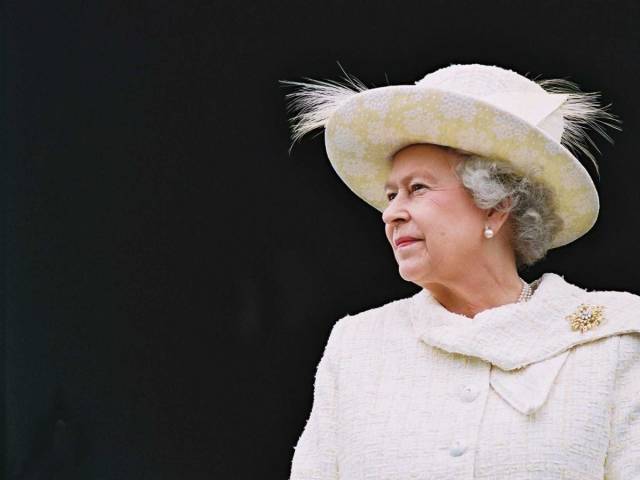 She sent a message to the moon.

Ahead of the Apollo 11 moon landing in 1969, dozens of world leaders were invited to write "messages of goodwill" that were transferred onto a small silicon disc. That disc is still sitting on the surface of the moon — Neil Armstrong and Buzz Aldrin placed it just below the American flag they planted at the landing site.

"On behalf of the British people I salute the skill and courage which have brought man to the moon," the Queen wrote in her moon message. "May this endeavour increase the knowledge and wellbeing of mankind." 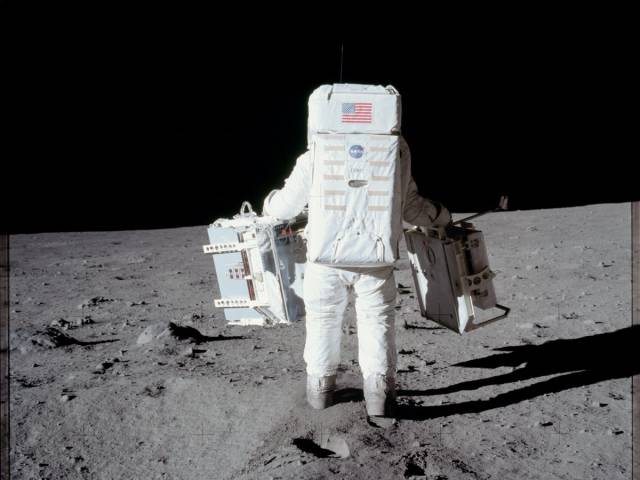 She's been portrayed as a character in roughly 100 TV shows and movies. 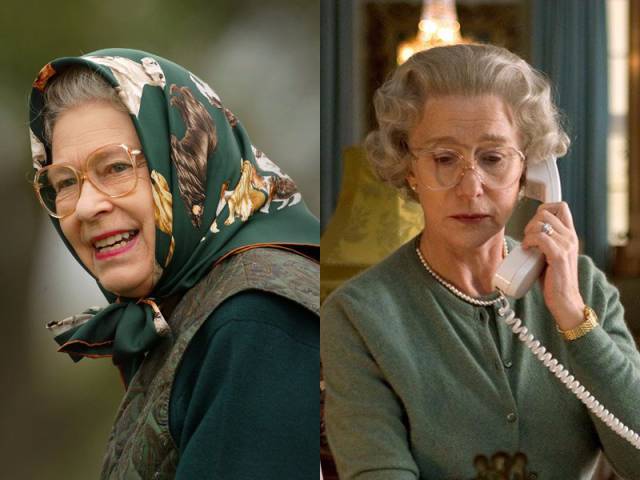 She reportedly drinks a glass of champagne every night before bed.

Maybe that's the secret to thriving at 90. 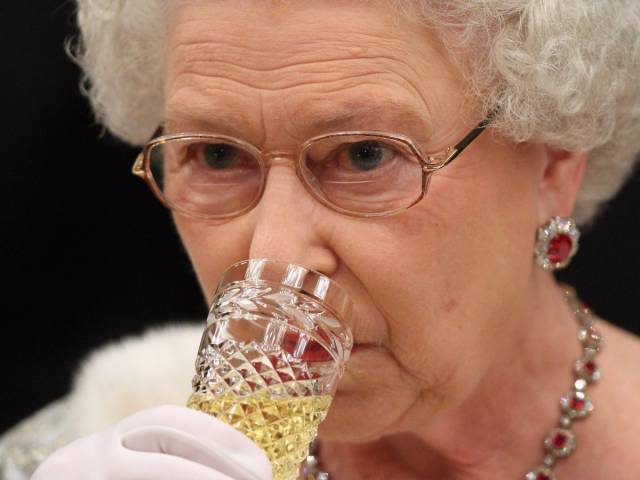 She's been wearing the same nail polish since 1989 — and it's surprisingly cheap.

Apparently the queen is rather taken the Essie's classic pale pink polish Ballet Slipper, which retails for just $9.

Essie says that, in 1989, Queen Elizabeth's hairdresser wrote a letter to nail polish-mogul Essie Weingarten requesting a bottle of the classic shade. Her majesty refused to wear any other color. 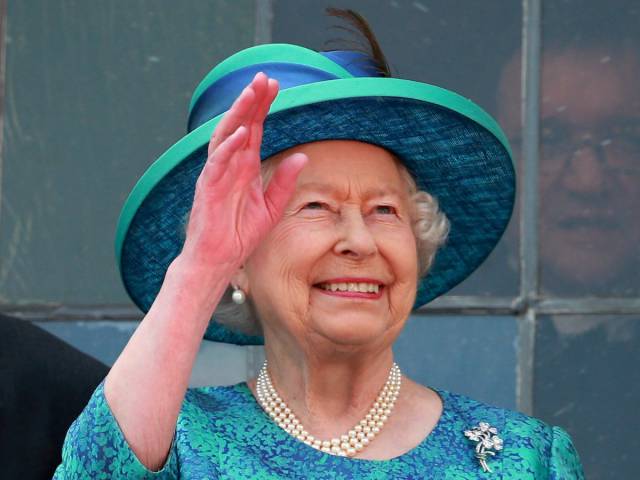 She doesn't have a passport or a driver's license. She doesn't even need them.

Both driver's licenses and passports are issued in the queen's name, so she doesn't need either.

Her majesty is pretty comfortable behind the wheel, too: She once hopped into a Land Rover and drove Saudi Arabia's Prince Abdullah around one of her country estates. 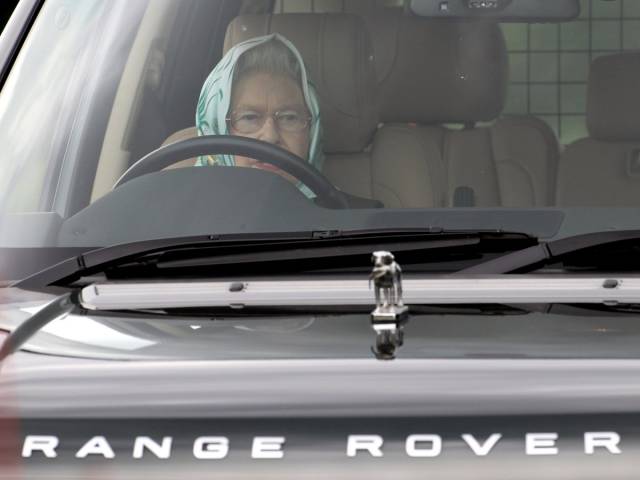 She reportedly uses her purse to send secret signals to her staff.

A recent report in the Telegraph suggests that the queen uses her trusty handbag to subtly exit uncomfortable or boring meetings.

If the queen is at dinner and places her handbag on the table, her staff knows that she wants the event to end in the next five minutes. And if she puts her bag on the floor, it signals that she would like to be rescued from her current conversation. 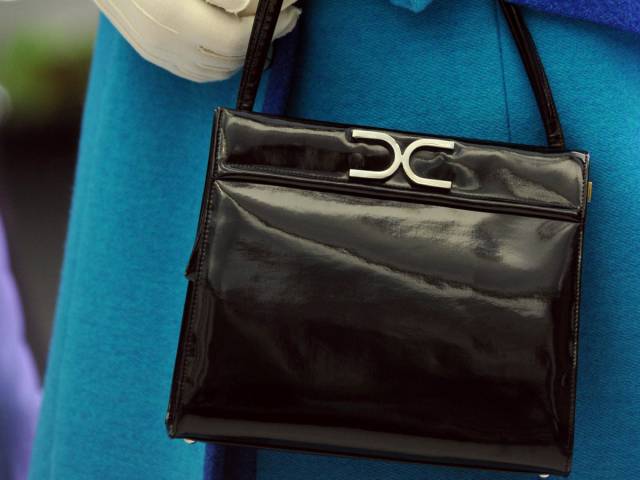 She can imitate the sound of a Concorde jet landing.

Apparently her majesty has a great sense of humor and a talent for mimicry. According to the Associated Press, the queen's chaplain Bishop Michael Mann once said that "the queen imitating the Concorde landing is one of the funniest things you could see." 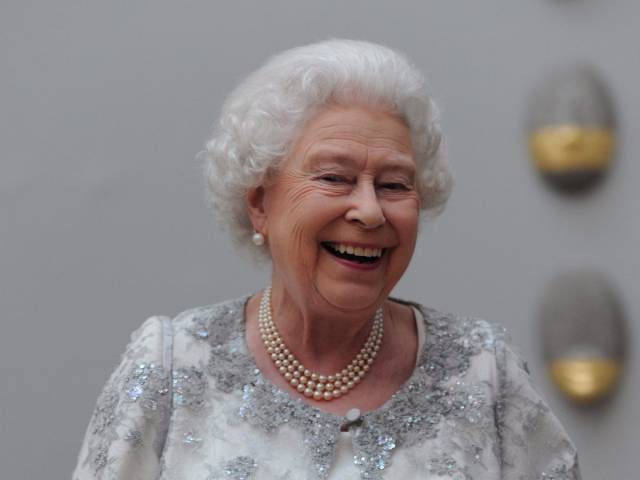 She once trolled a group of tourists who didn't recognize her.

Maybe she's stony-faced in most photos, but the queen really does have a fun side. One of the queen's former security guards recalled a time when a group of tourists at Balmoral Estate didn't recognize the monarch, who was wearing a head scarf at the time.

The group asked Elizabeth if they had ever met the queen.

"No," Elizabeth allegedly responded. Then she pointed to a nearby policeman and said, "But he has." 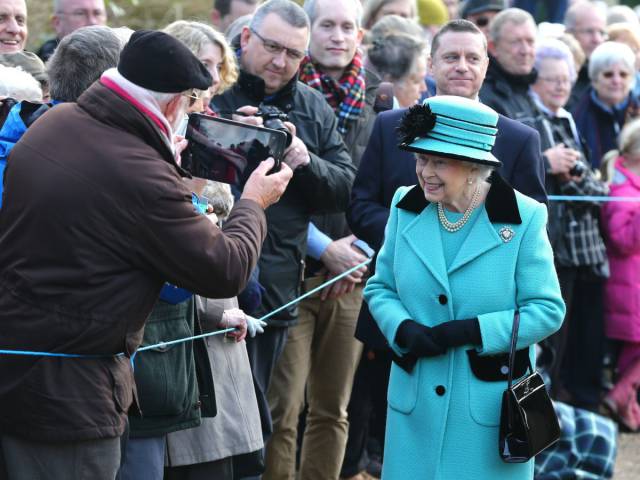 She doesn't use a last name.

The queen's official title is "Elizabeth the Second, by the Grace of God, of the United Kingdom of Great Britain and Northern Ireland, and of her other Realms and Territories Queen, Head of the Commonwealth, Defender of the Faith." No last name needed.

The other members of the royal family can choose from a buffet of acceptable last names — here's the complete breakdown of their options. 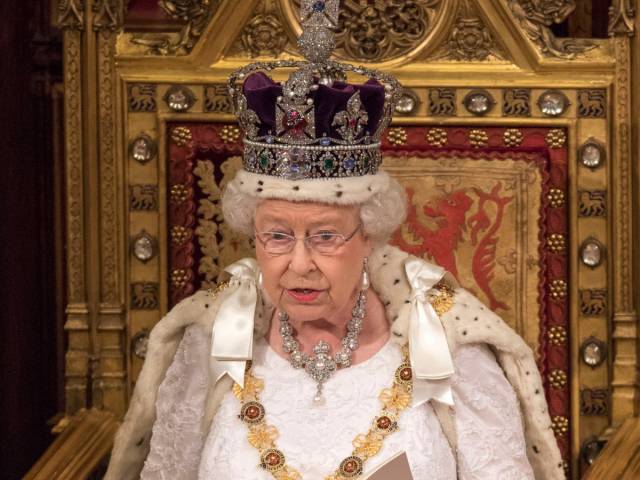 She has a poet who's paid in alcohol.

Elizabeth gets to appoint the UK's poet laureate, and in 2009, she tapped Scottish poet Carol Ann Duffy for the position. She's the first woman to get to honor since it was created 350 years ago. The poet laureate is traditionally paid with a yearly salary of £5,750 (about $7,000) plus an entire barrel of sherry.

"I have found the experience energizing," Duffy told the Guardian in 2014, five years into her decade-long tenure. "So far it has been nothing but a joy." 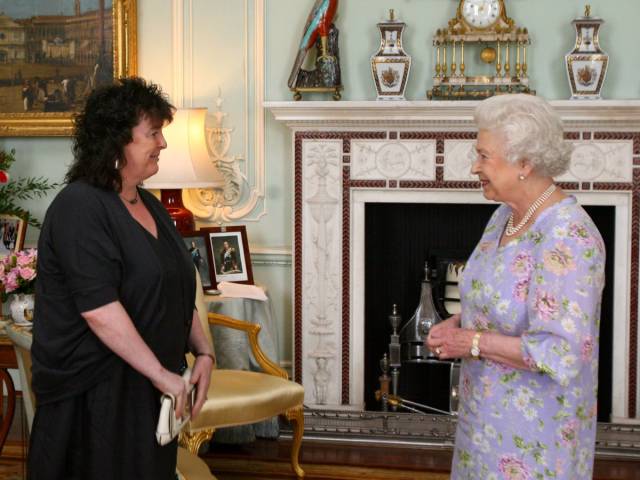 She can't be prosecuted or compelled to give evidence in court.

Hey, being the queen has to come with some perks.

Elizabeth doesn't appear to be abusing this power, however: A statement on the royal family website reads, "Although civil and criminal proceedings cannot be taken against the Sovereign [...] the Queen is careful to ensure that all her activities in her personal capacity are carried out in strict accordance with the law." 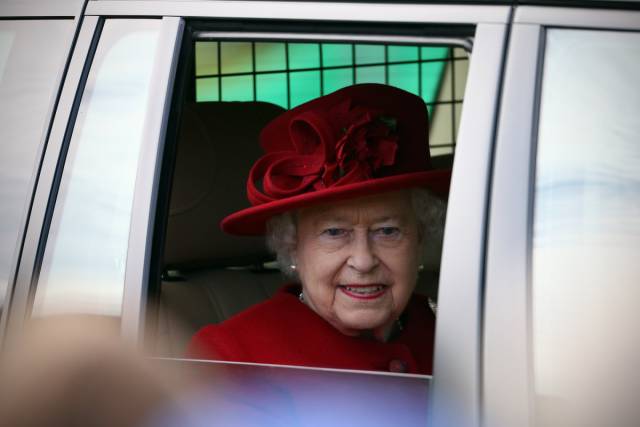 She bought a luxe apartment in New York City.

Back in 2015, the queen purchased a $7.9 million, three-bedroom apartment near the United Nations headquarters in New York City. It's got a staggering 3,000 square feet of living space, and the building itself was designed by a British architect the queen once knighted. 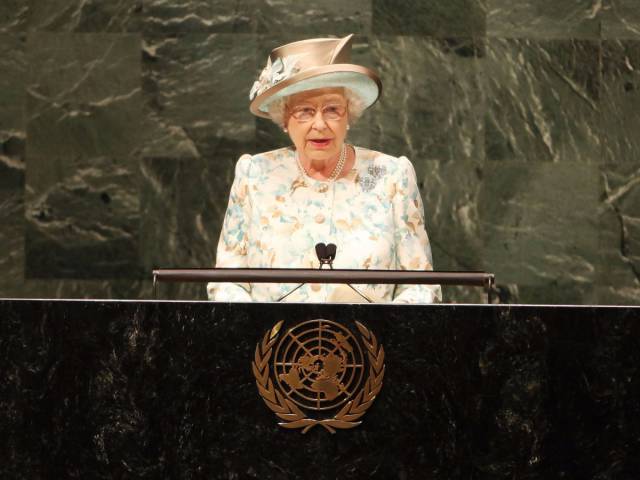 Every year she publishes a list of gifts people give her — and it's really weird.

Every year the royal family releases a report detailing all the gifts they've received from the public and world leaders during the previous 12 months.

The latest gift list for the queen includes some gems: A silver sticky note holder, a bag of salt, a glass cupcake, and pair of deer are just some of the weird and wonderful items she received during 2016.

British royals are allowed to wear and use their gifts, but they don't personally own them. Instead, the items will become part of the Royal Collection, which is held in trust by the queen. 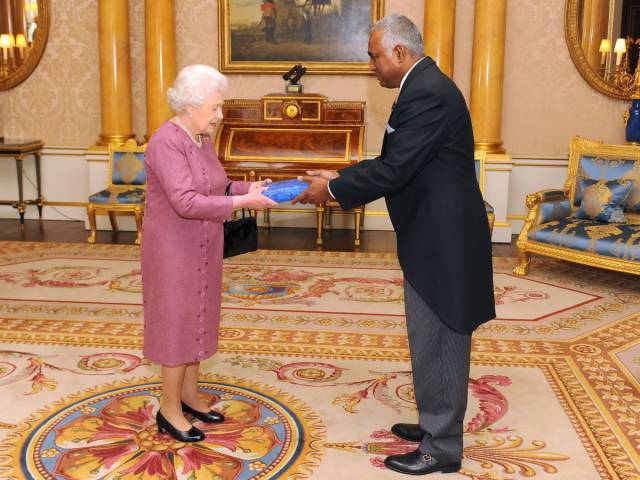