Brad Pitt, who was a big fan of Lock, Stock and Two Smoking Barrels (1998), approached director Guy Ritchie and asked for a role in this film. When Ritchie found Pitt couldn’t master a London accent, he gave him the role of Mickey the Gypsy. 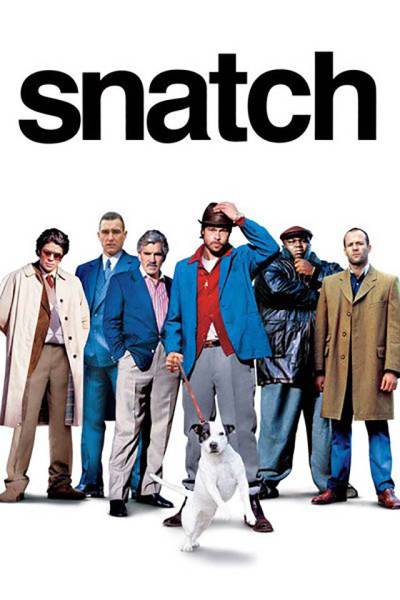 The producers couldn’t afford enough extras for the boxing match sequences. Whenever a camera angle changed, the extras had to move around to create an impression of a crowded house.

When Guy Ritchie told Brad Pitt that he would be playing a boxer, Pitt became concerned because he had just finished shooting Fight Club (1999) and did not want to play the same type of role again. Pitt took the role anyway because he wanted to work with Ritchie so badly. 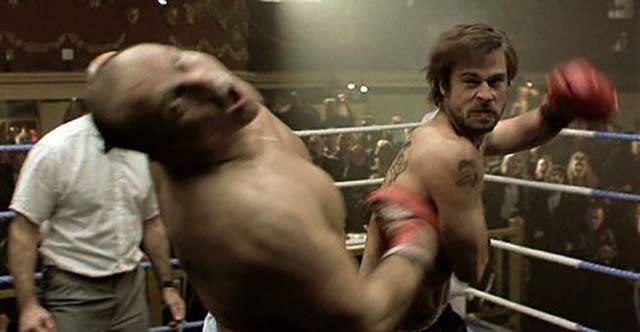 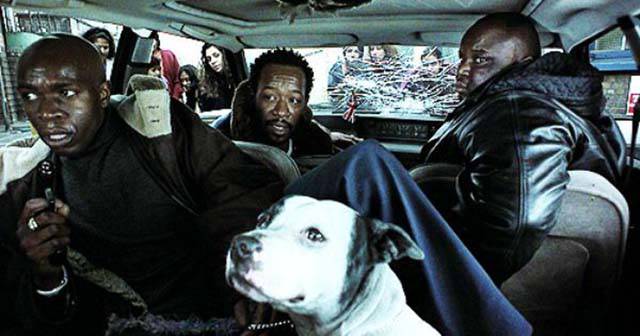 When Vinny and Sol are sitting outside Brick-Top’s Bookies, about to give him the diamond, the man that approaches the car is not really Bullet-Tooth Tony, it was a look-alike. Vinnie Jones didn’t show up for shooting that day because he was in jail for fighting the night before. 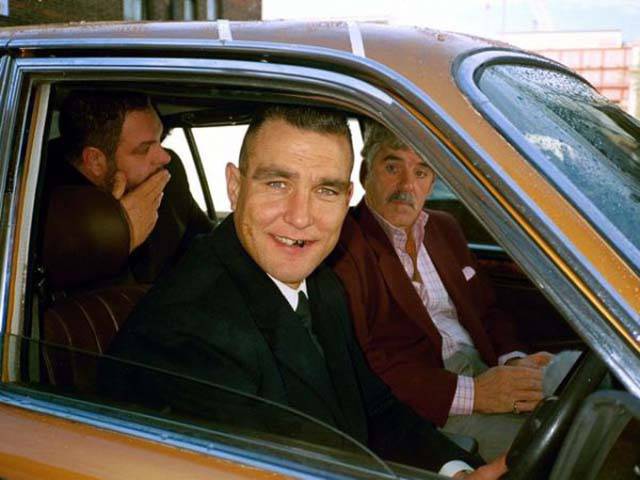 Lennie James actually hit himself in his private parts with the shotgun while blasting a hole in the wall at the bookies, but continued the scene. That footage was used in the film. 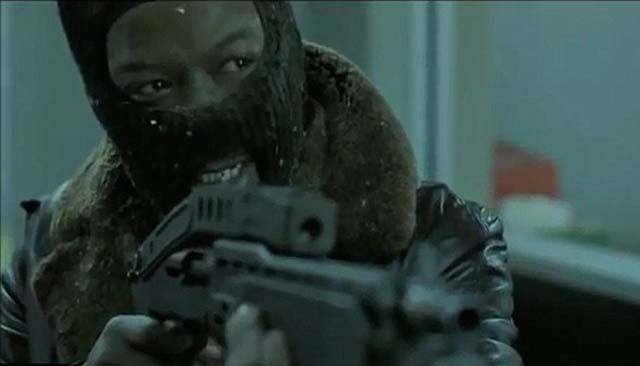 According to the DVD commentary, Bow, the dog was very difficult to work with. During the car scene with Vincent, Sol and Tyrone, the dog was actually attacking Lennie James, and James was actually bitten in the crotch by the dog but didn’t suffer any serious injury. The dog was replaced after that incident. 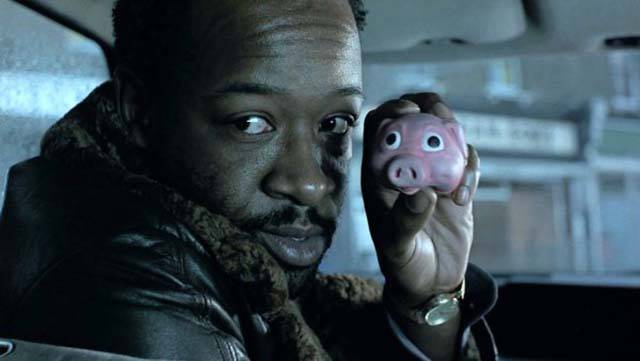 Nearly every death in the movie takes place off-screen. 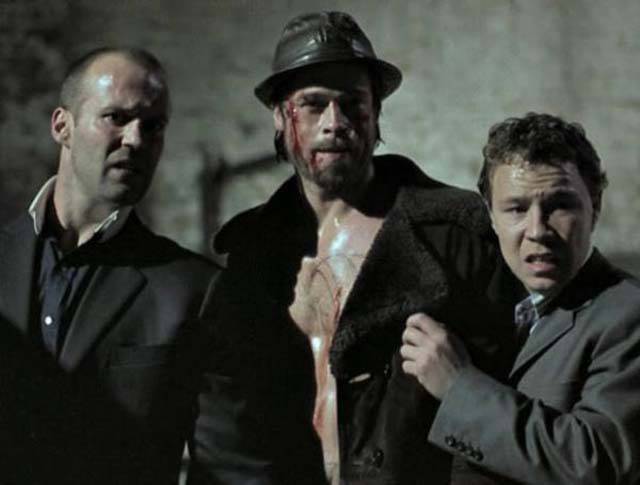 In Guy Ritchie’s previous film Lock, Stock and Two Smoking Barrels (1998), there is a scene in which Harry, Barry and Chris have a conversation. Barry says the line. “No, Harry, you can’t,” which is shortly repeated by Chris, then by both together. This joke is carried over to this movie when Alex and Susi do the same thing with the line, “Yeah, Dad, you told us.” 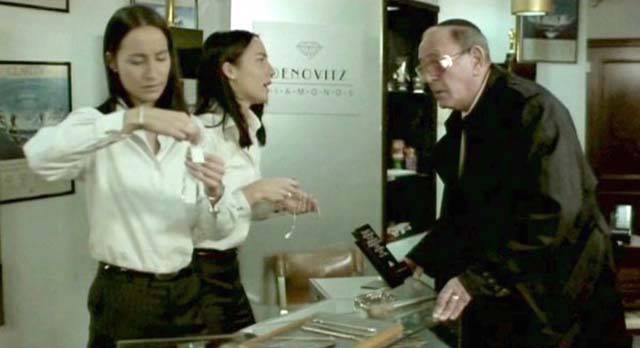 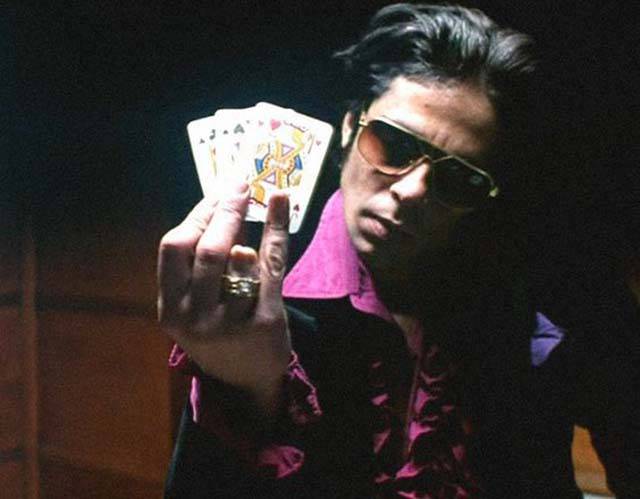 To keep things in order during production, director Guy Ritchie introduced a system of fines on set. There were fines for mobile phones ringing, arriving late, taking naps during shooting, being “cheeky”, being unfunny, and/or moaning and complaining. One staff member was even charged for letting the craft service table run out of coffee cups. 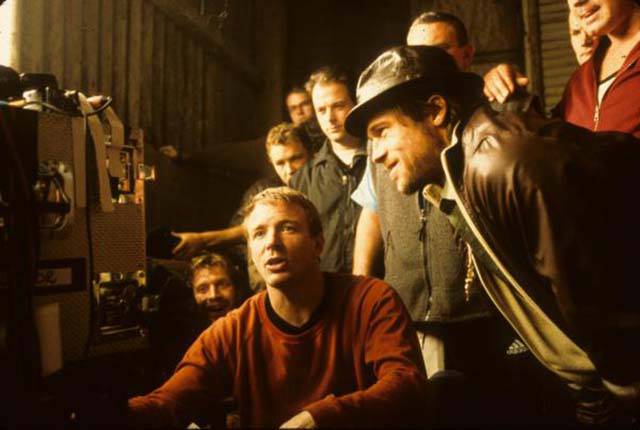 Jason Flemyng joked that the working conditions on this film were so terrible that Brad Pitt’s trailer was picketed by Amnesty International as not being fit for someone to live in. 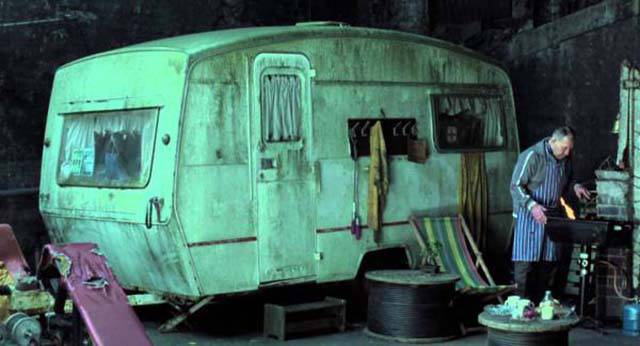