From Fatty To A Hotshot: Men Who Changed Their Weight To Change Their Lives (9 pics) 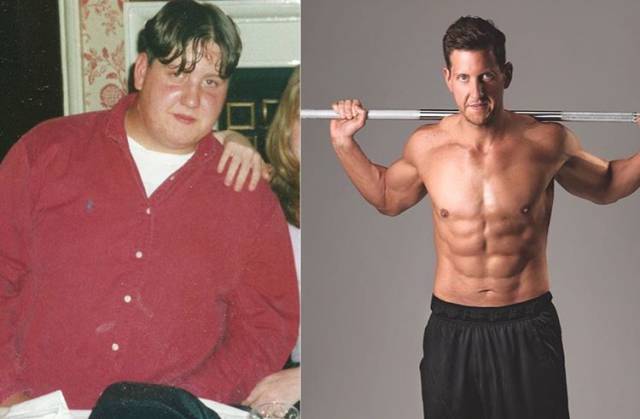 For a long time, Mark Ludlow was mocked at school because of his weight, suffering from serious depression and an anxiety disorder.

Over two years, Mark was able to lose 132 lbs. He now leads a happy life working in his dream job as a personal trainer. 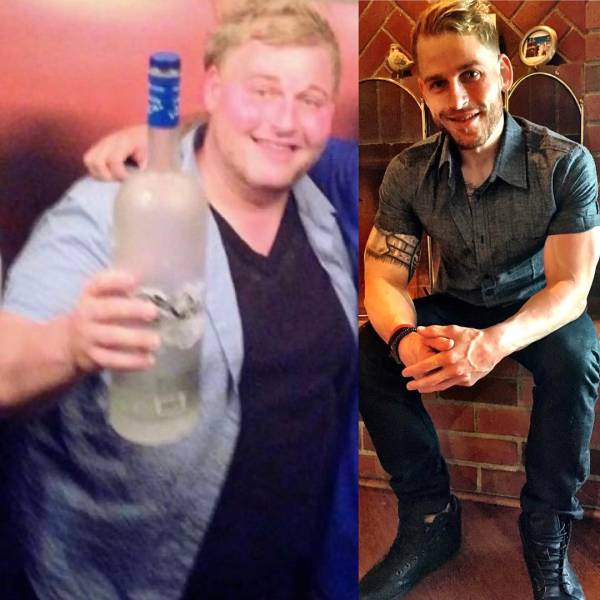 29-year-old Noah Kingery lived through a suicide attempt and lost the person he loved because of his excess weight.

Noah decided it was time to change himself, so he stopped drinking alcohol and turned into a real fitness fanatic. Kingery was able to lose an impressive amount of weight in 18 months. He once weighed 350 lbs; now he’s 160 lbs. 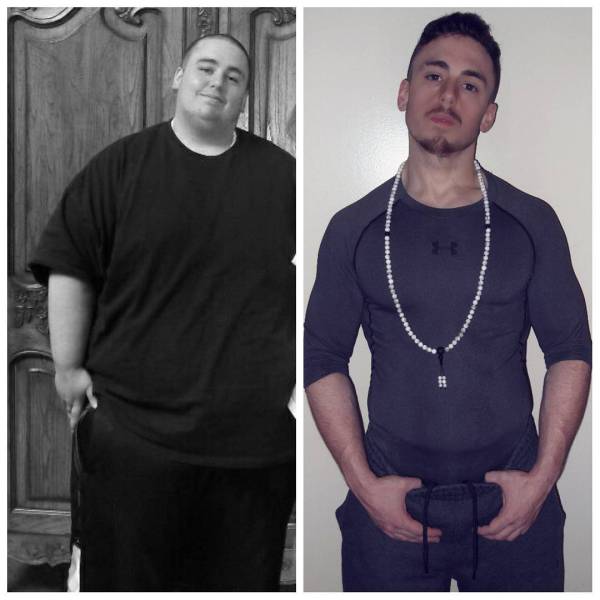 In 2011, Luiz Trigo was in a terrible state: he was 399 lbs. He lost his job, then his girlfriend. The doctors told Luiz that if he didn’t change his lifestyle, he might die.

Six years have passed since that moment. Today Luiz weighs 169 lbs, and he has a new partner and a job he loves. Luiz is a personal trainer and now helps those who he was once similar to with their weight problems. 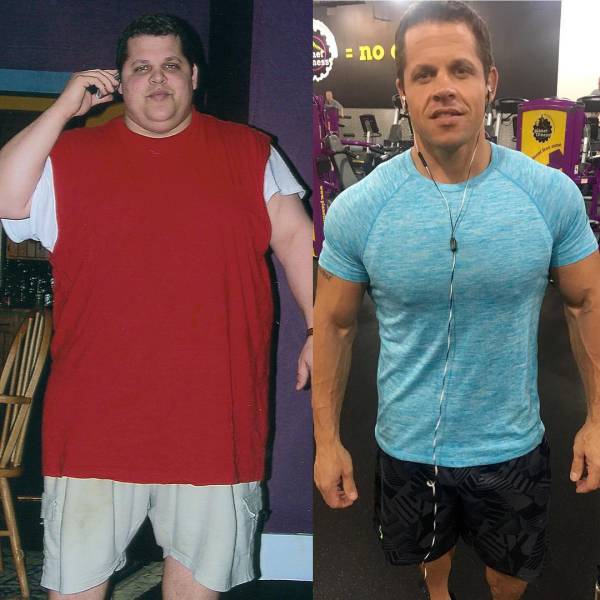 Ross Gardner once weighed 392 lbs, but he decided to change his life when he was asked to buy two airplane tickets for himself.

He now weighs 196 lbs and is a practicing chiropractor. He helps desperate people get rid of their excess weight. 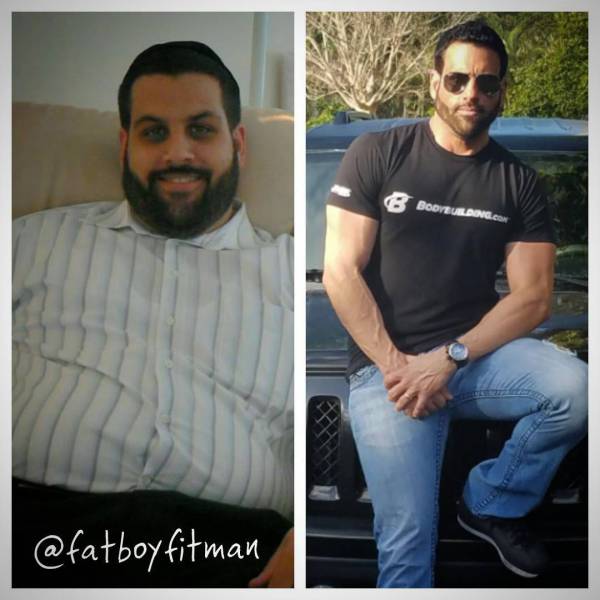 In 2008, Eli Sapharti weighed 299 lbs, and he felt terribly both physically and mentally. His marriage came to an end, and Eli understood that he couldn’t go on living the way he had until then.

It took him four years to reach perfection. Today he weighs 180 lbs, and he shares his experience with others. 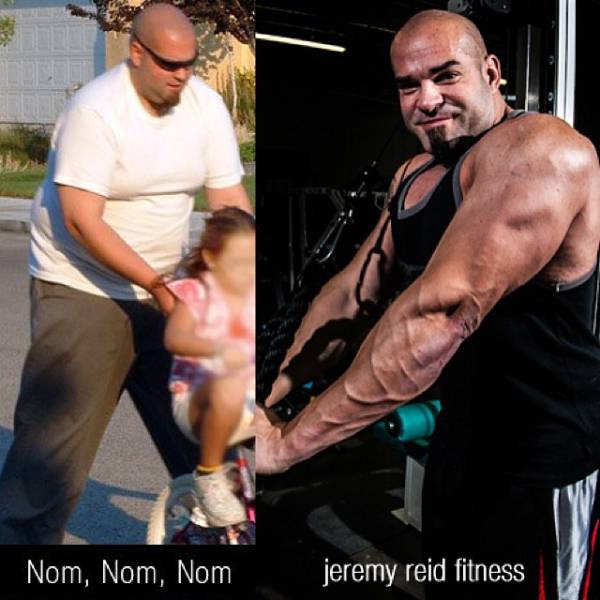 For Jeremy Reid, the road to an ideal body was long: it took him 10 years. Now it’s possible to say that 35-year-old Jeremy, who currently weighs 189 lbs, looks like a model from a magazine cover. In fact, he looks younger than he did at 23 years old when he weighed 279 lbs. 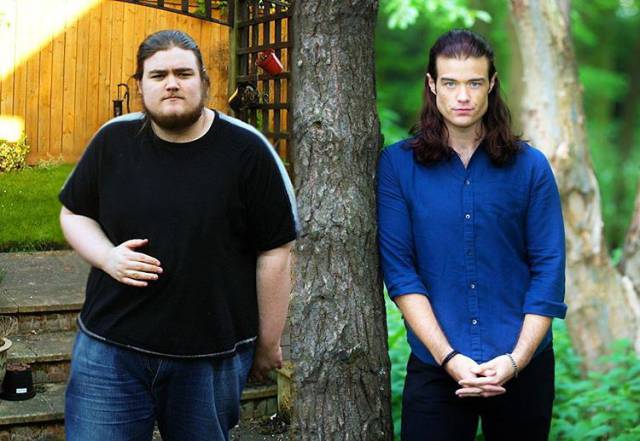 Rick Snowdon was once very shy due to his weight, and he was actually addicted to sugar. He weighed 364 lbs.

Then Rick learned to play the guitar, and his obsession with eating was replaced by an obsession with music. The result was that he lost around half his weight. He’s now a quite famous musician. 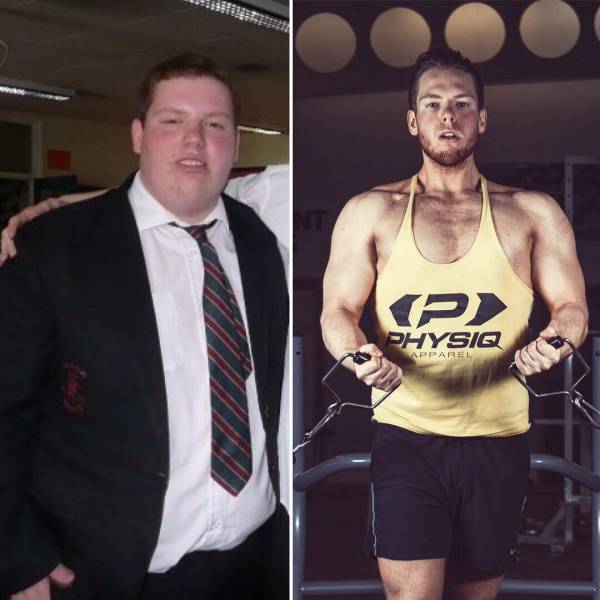 18-year-old Nathan Priestley ended up with so many mental problems due to his excess weight (he weighed 363 lbs) that he refused to leave his home, and he even had one attempted suicide.

Two years afterward, and thanks to his determined efforts, Nathan weighs 194 lbs. Now he works as a fitness instructor. 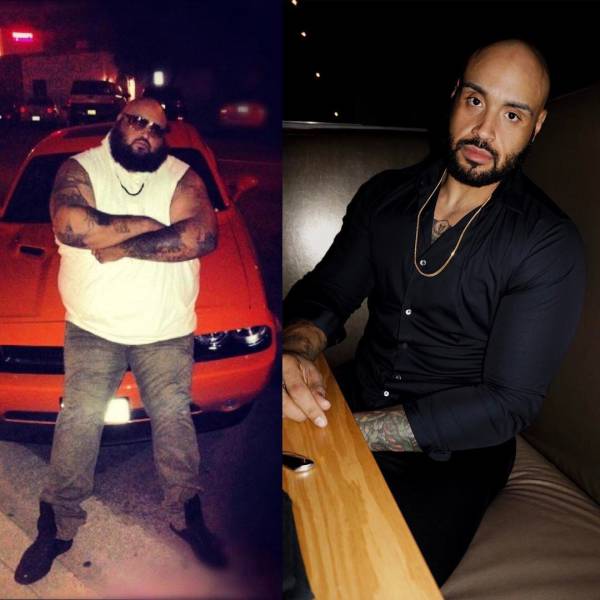 31-year-old Pasquale Brocco decided to change his life in the space of one hour. Weight training and long walks eventually bore fruit, and Pasquale has lost 299 lbs in three years.