Japanese Junk Food Seems To Be Better Than Some Ordinary Food In Other Places! (18 pics) 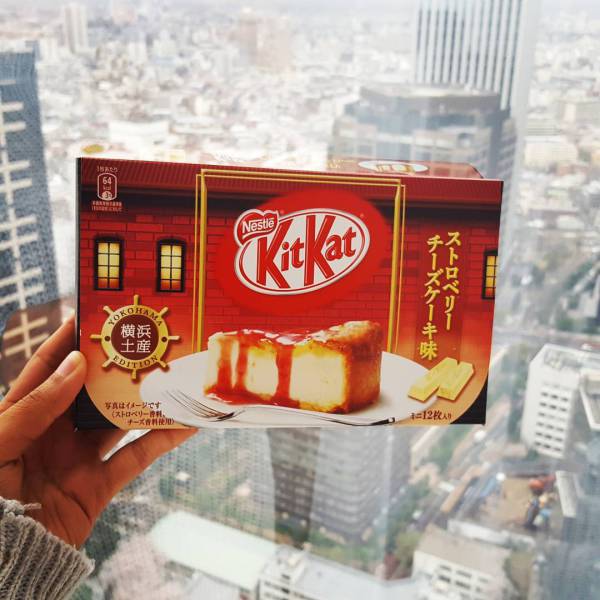 Ah, Japanese KitKats. Japan is known for creating unique KitKat flavors like green tea, cherry, banana, and even some controversial ones like baked potato. But nobody can dispute that strawberry cheesecake and chocolate are two flavours that just belong together. 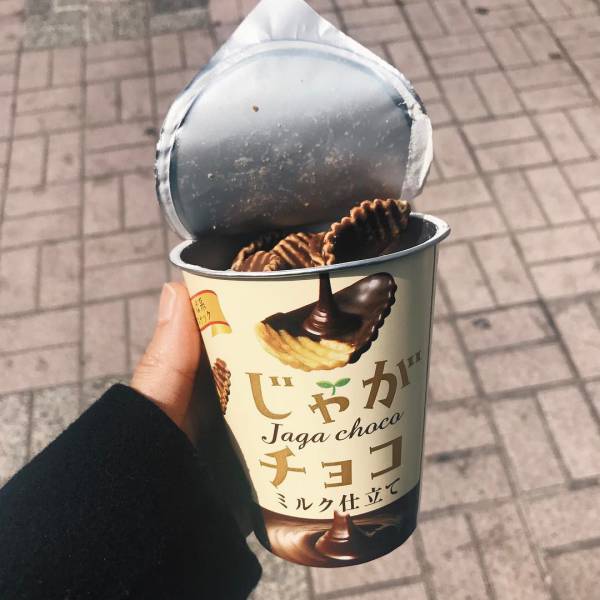 You may not have thought that chocolate and crisps are a natural combination, but this sweet and savoury snack is proof that they're actually pretty delicious together. 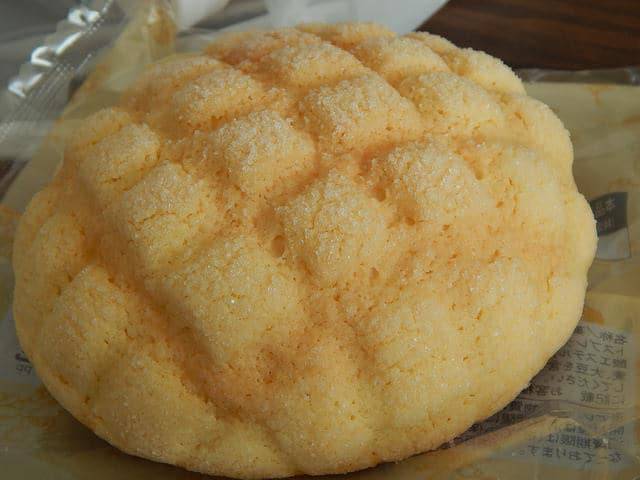 Don't be fooled by the name – it's not melon-flavoured. These sweet buns have a hard sugar-cookie outside and a soft, fluffy inside. 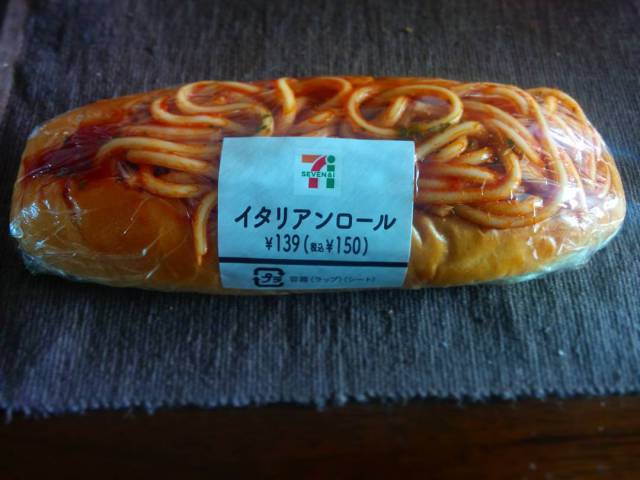 This is a supreme level of double carbing: spaghetti in a sandwich, which sounds ridiculously filling and also pretty heavenly. 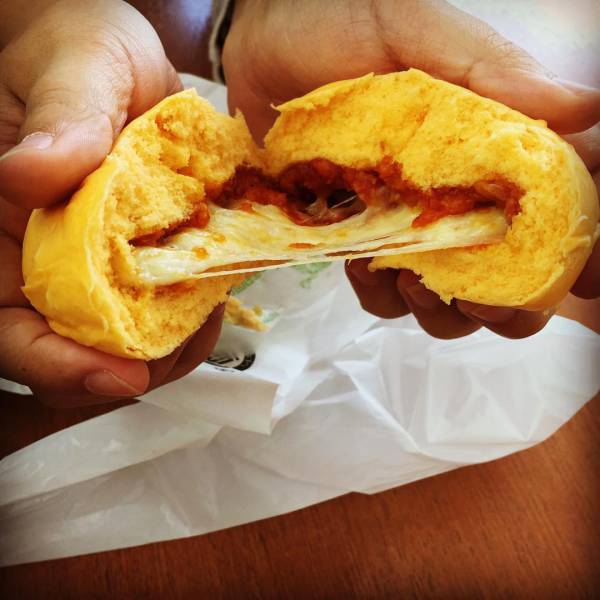 Pizzaman is a spin on the popular dim sum meat buns (nikuman). When you pull them apart you'll find tomato sauce and plenty of wonderful, oozy cheese. Not only are these tasty, but they are also sold at every 24-hour convenience store. 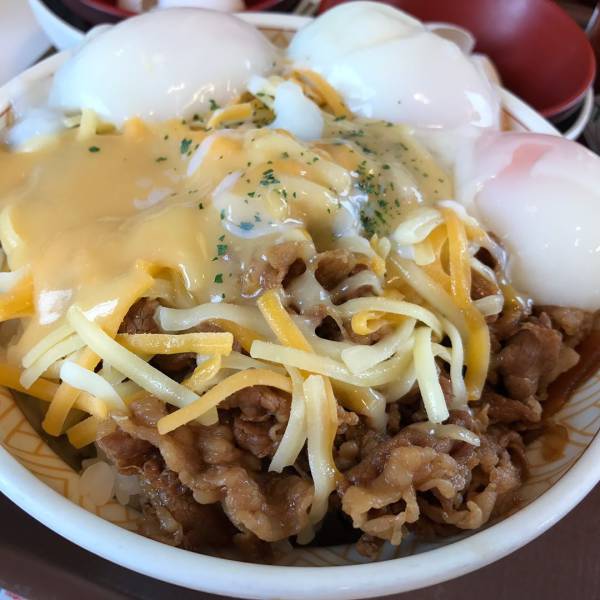 Beef bowl (gyudon) chains are on every corner in Japan, and it's no wonder they're so popular. It's a rice bowl topped with cooked beef and then cheese, egg, or kimchi depending on what you fancy. 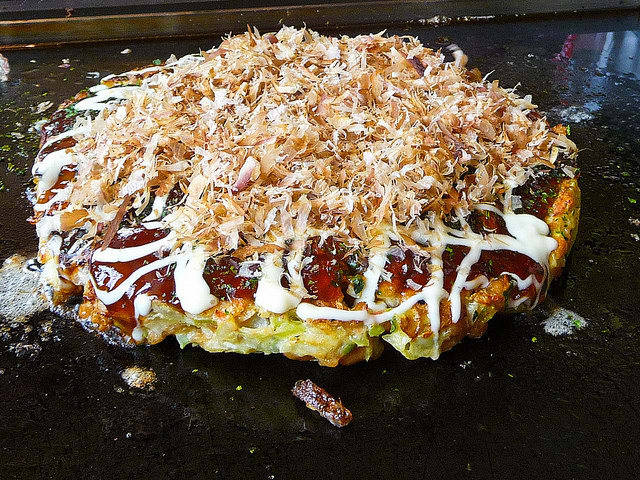 One of Japan's most popular street foods, these typically consist of dough, cabbage, pork belly, and green onions, topped with mayonnaise and delicious sauce. Most restaurants offer a range of ingredients so you can customise your very own! 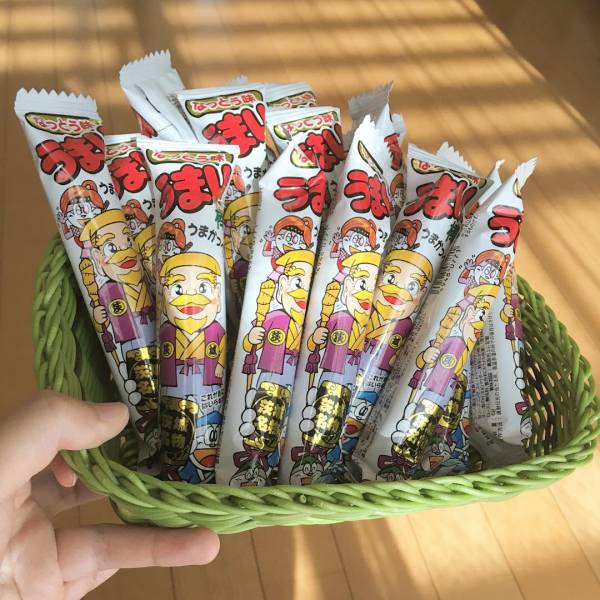 This puffed corn snack tastes wonderful and is so damn versatile. Whether you want something sweet (chocolate) or savoury (salami), there's probably a flavour to satisfy your craving. A very crunchy potato stick that comes in flavors of cheese, butter, and salad, plus some limited-edition flavours like butter chicken curry, or as in the photo, olive and garlic. 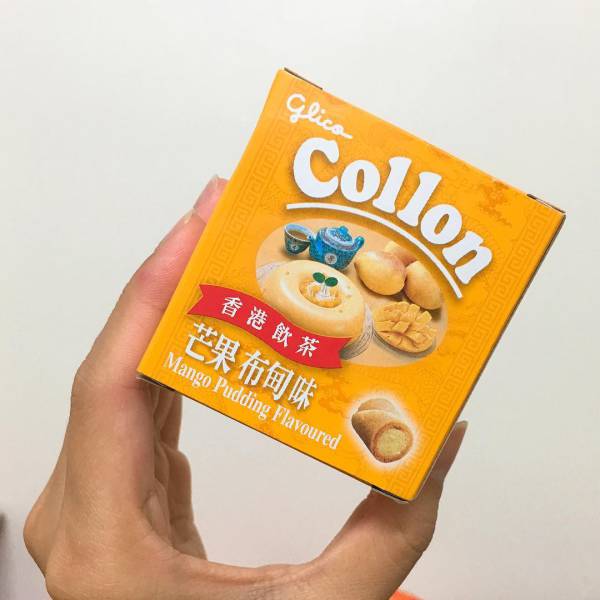 Collon are a perfect contrast of crunchy wafer biscuit and then a smooth cream filling; they come in a ton of flavours including mango pudding (pictured above). 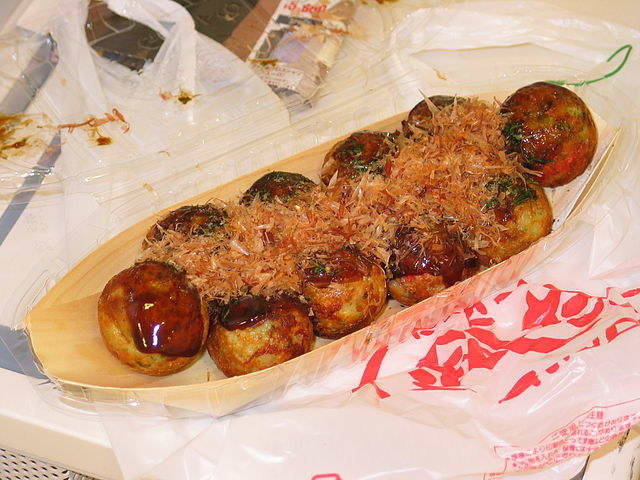 The perfect snack, these are balls fried of dough filled with octopus and brushed with takoyaki sauce. Usually the chef cooks it in front of you on the street, and it comes in many different flavours and toppings. 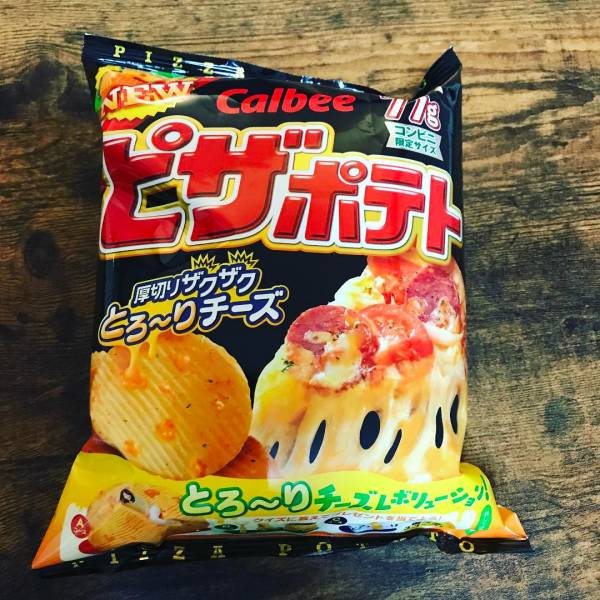 Pizza Potato is awesome. A pepperoni pizza-flavoured crisp, coated with melted cheese. These are so popular in Japan that it created an underground market when they stopped selling in stores due to a potato shortage. 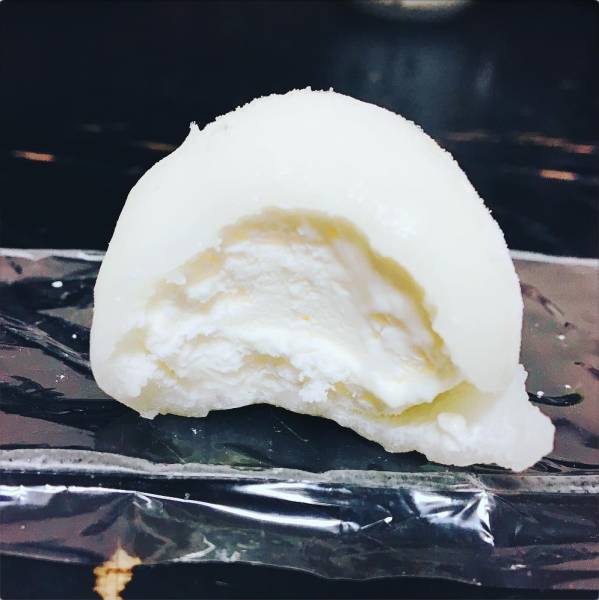 A ball of sweet vanilla ice cream encased in mochi (rice cake), this is a heavenly frozen dessert that takes ice cream to the next level. 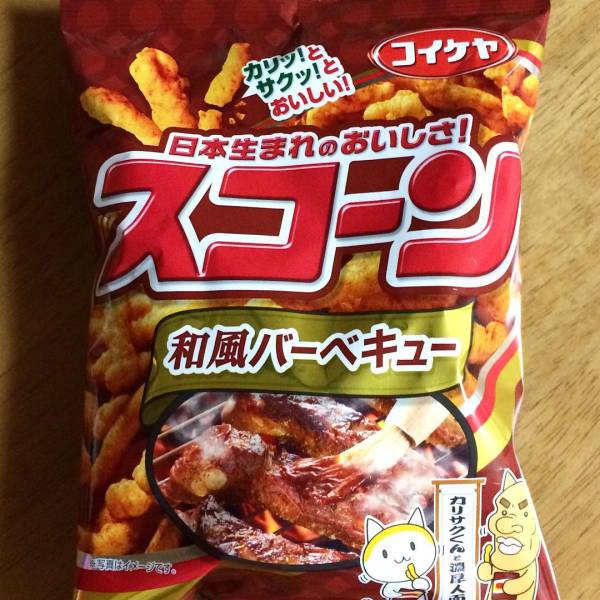 Imagine Cheetos, but with a Japanese barbecue twist and a wonderfully tangy beef/chicken flavour. 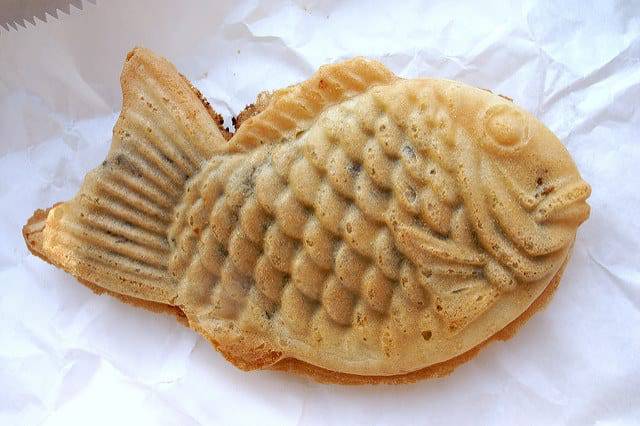 The outside may look like a fish, but rest assured: The only thing stuffed inside this cake/waffle hybrid is custard creme or red bean paste. 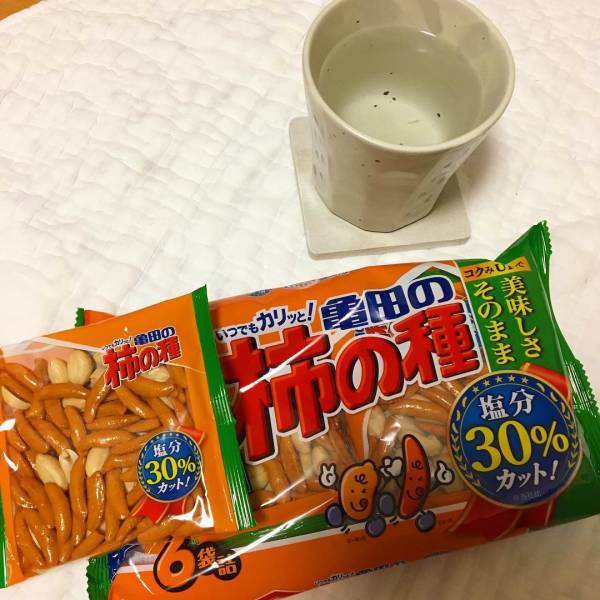 Kaki no tane is something that every Japanese person has stocked at home. It is spicy rice crackers mixed with peanuts and makes a tasty, crunchy accompaniment to a beer or sake. 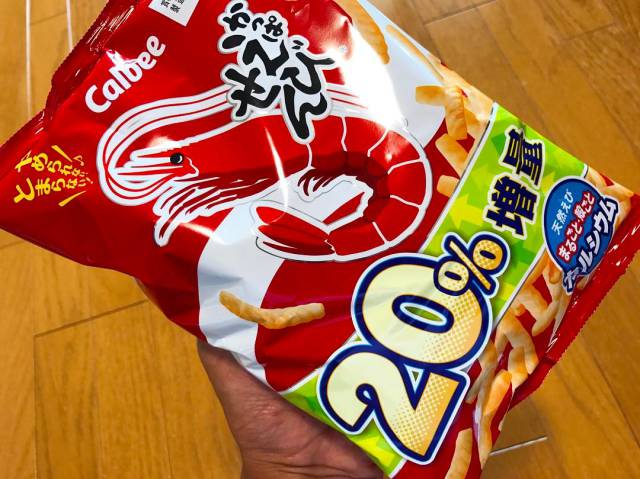 Shrimp crackers? Delicious. Cheetos? Also delicious. Which is why this combination in the form of a shrimp-flavoured corn snack tastes so damn good. 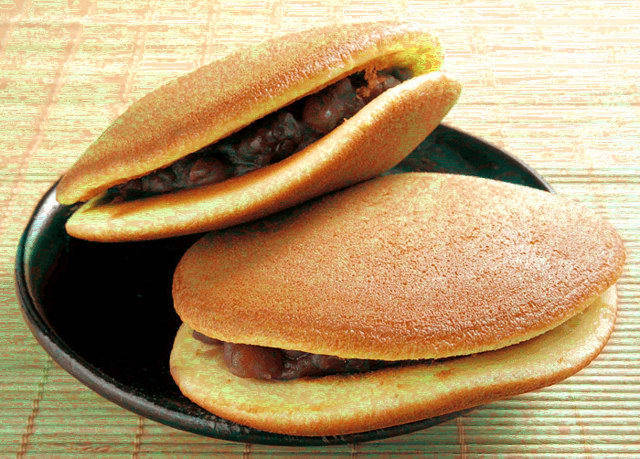 Imagine a sandwich where pancakes are used instead of bread. Sounds perfect already, right? These are then filled with red bean paste, and it makes for an insanely good snack.