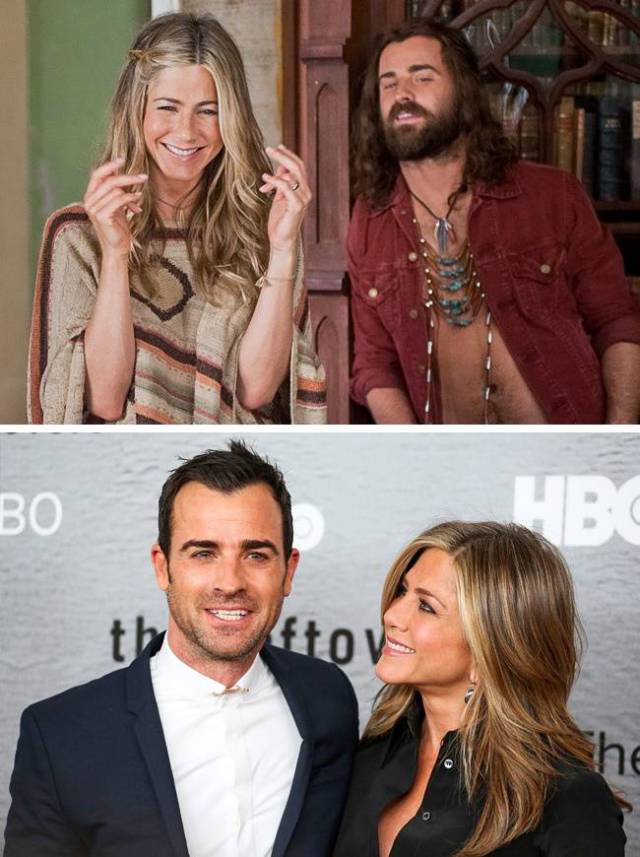 The couple got acquainted on the set of the movie Wanderlust, and at that moment both had already experienced painful breakups. Apparently, Aniston behaves completely differently with Justin compared to previous relationships, even allowing her husband to make serious mistakes. They’ve now been together for seven years. They rarely talk about their feelings and try to safeguard them carefully. 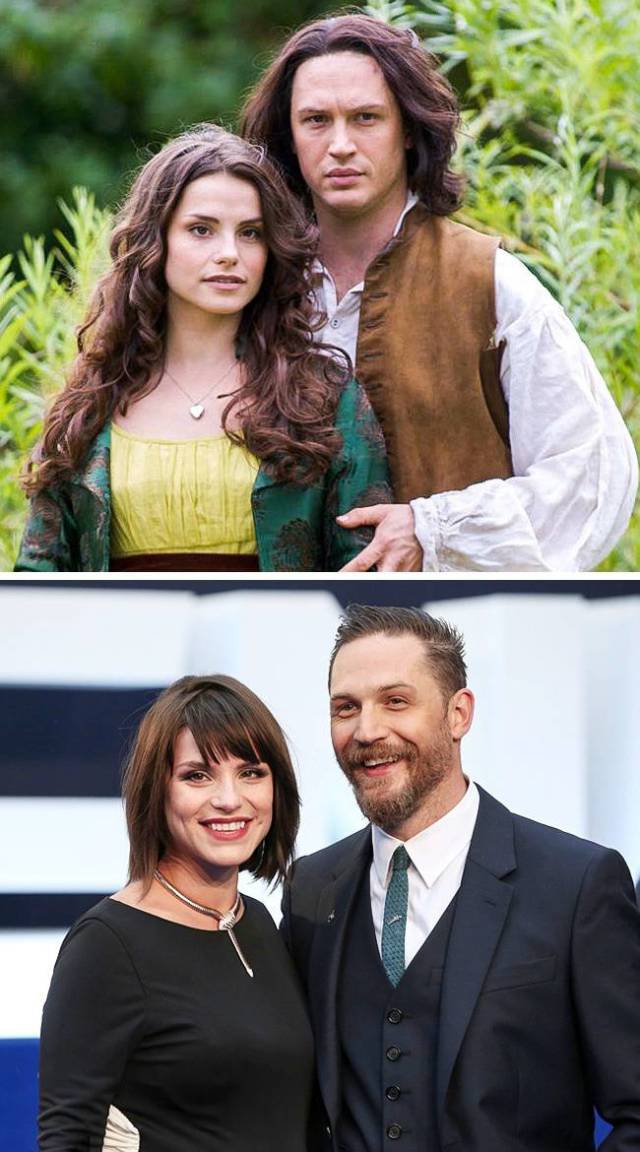 Shooting the movie Wuthering Heights turned the lives of both actors upside down. Just a year later, they were engaged. The couple’s wedding, which took place in great secrecy and away from prying eyes, took place four years later. Tom and Charlotte are now happy parents, and the delicate Charlotte perfectly complements her handsome and macho husband. 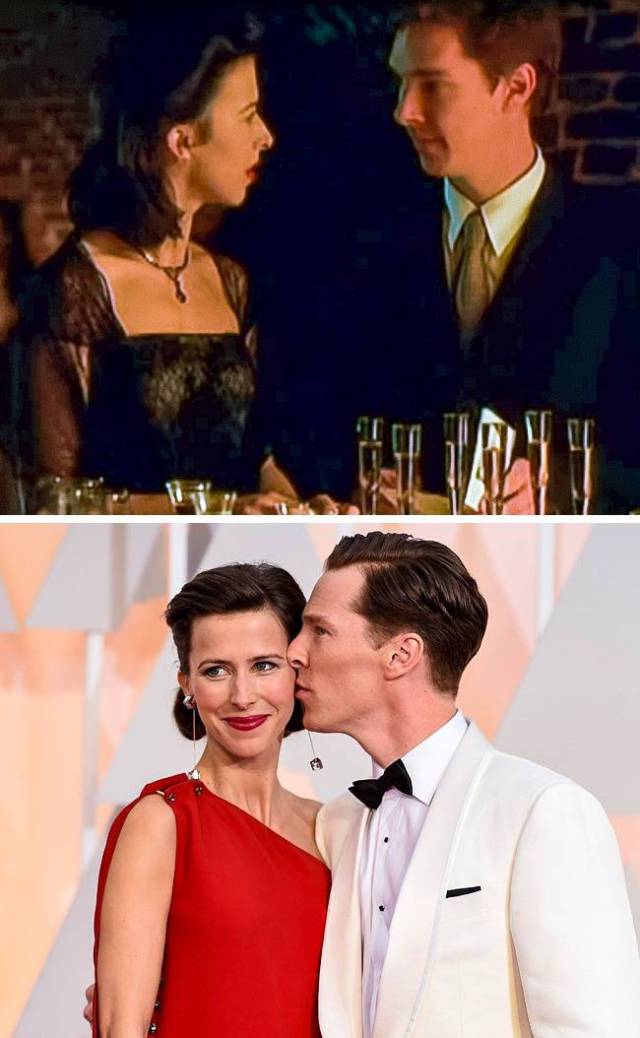 The future Sherlock met his partner on the set of the movie Burlesque Fairytales. They were initially just good friends and eventually decided to get married on Valentine’s Day. They now lead a tranquil family life, and Sophie recently gave birth to the couple’s second child. 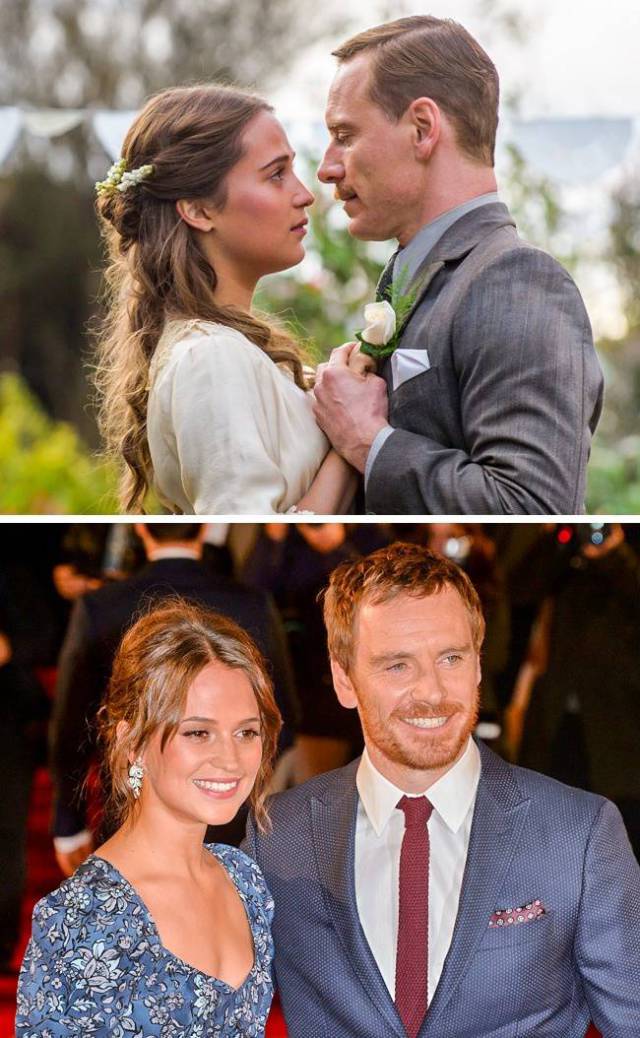 This couple’s passionate romance developed after working together on the movie The Light Between Oceans in which they also played two lovers. In 2015, the news emerged that they had broken up, but several months later they decided to give things another try. Now their fans constantly wonder whether this love story will have a happy ending. 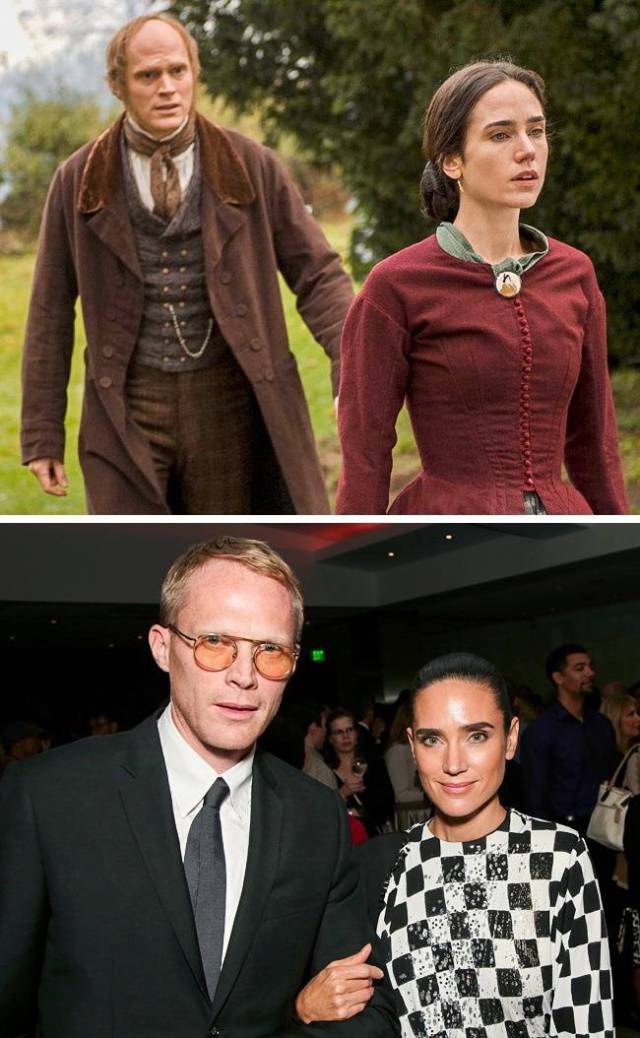 Paul and Jennifer met during work on the movie A Beautiful Mind, but their relationship didn’t begin straightaway — at the time, neither of them was single. However, Paul soon understood that this was the most beautiful woman he had ever seen. Today they’re seen as one of Hollywood’s strongest couples. They’ve starred in a number of other movies together, including as a fictional couple in the film Creation which dramatizes the life of Charles Darwin. 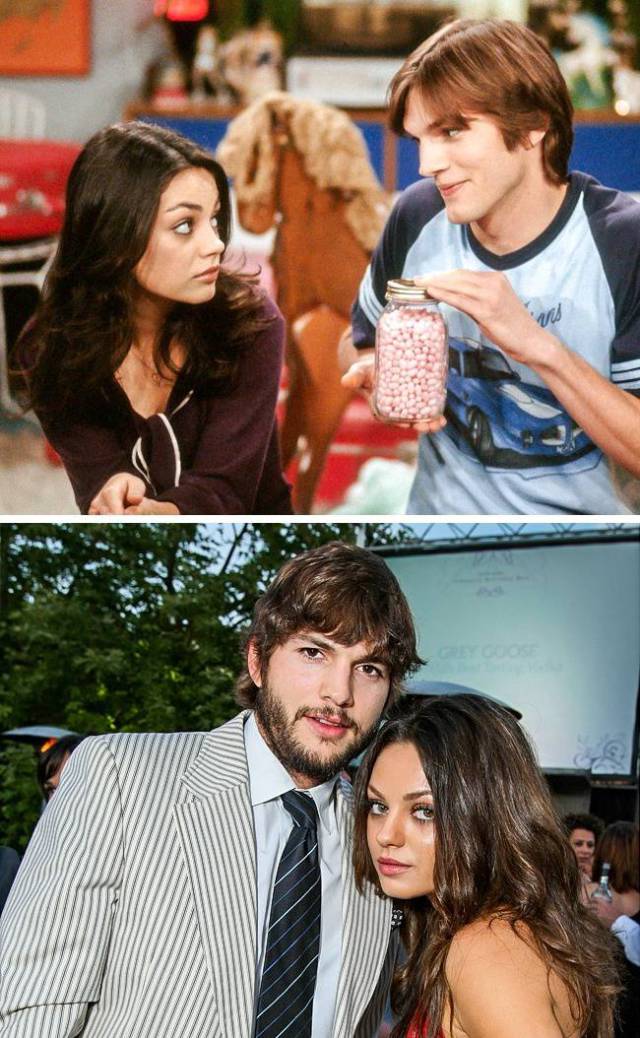 The two actors got acquainted when they were both still very young, during the making of the TV show That ’70s Show. But for around 14 years, they were simply friends. Ashton was married to Demi Moore, and Mila was dating McCauley Culkin. In 2015, fate brought everything into line, and the world learned of Ashton and Mila’s secret wedding ceremony. Kunis and Kutcher have two kids together. They’ve just got to have another 10, for Ashton has always wanted 12. 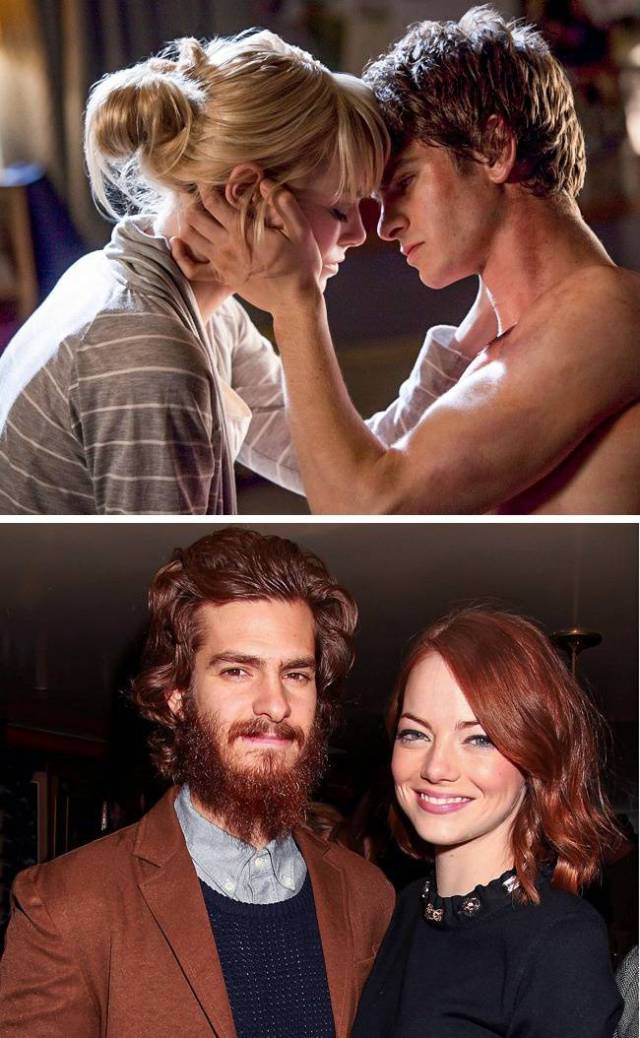 This romance has always reminded fans and colleagues alike of something out of a novel. The constant intrigues, arguments, breakups, and reconciliation. This has been going on since 2010 when both starred in the movie The Amazing Spider-Man. Then, in 2015, they announced that they had separated. Yet today the pair can still often be found in each other’s company. And Andrew never tires of saying that he has always adored Emma and always will. 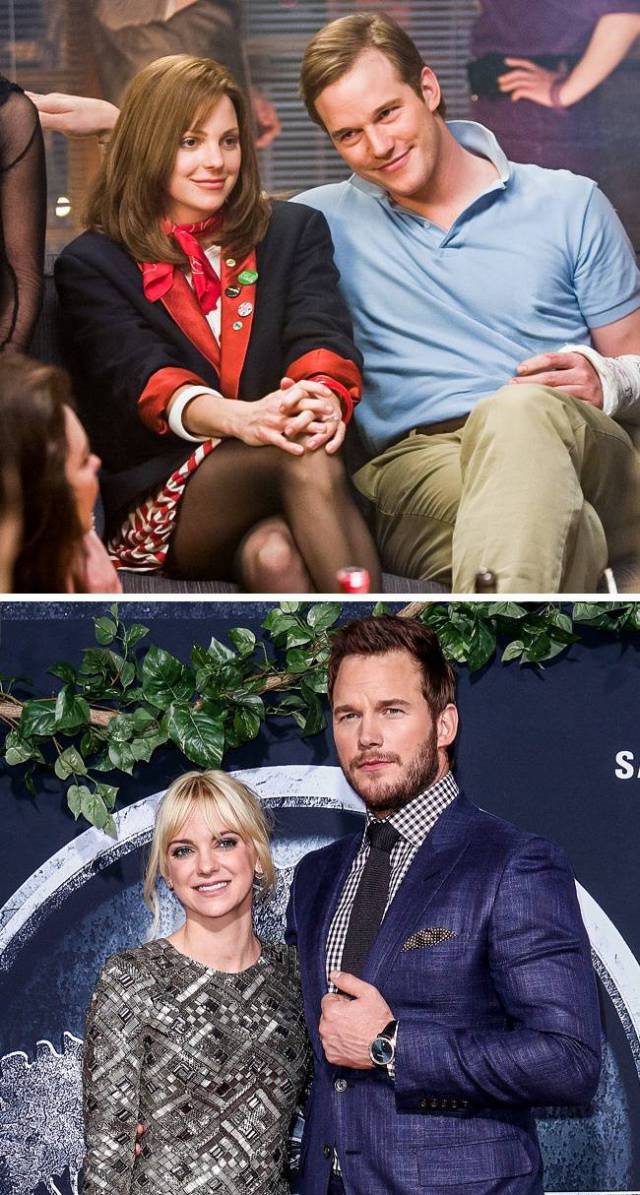 Although the movie Take Me Home Tonight, in which both actors starred, was a failure, the love that emerged between them has turned out to be very stable indeed. They were married in 2009 and now have a four-year-old son, Jack. Pratt’s popularity is constantly increasing, leading him to bigger and bigger roles, and his wife always supports him as his career reaches new heights. 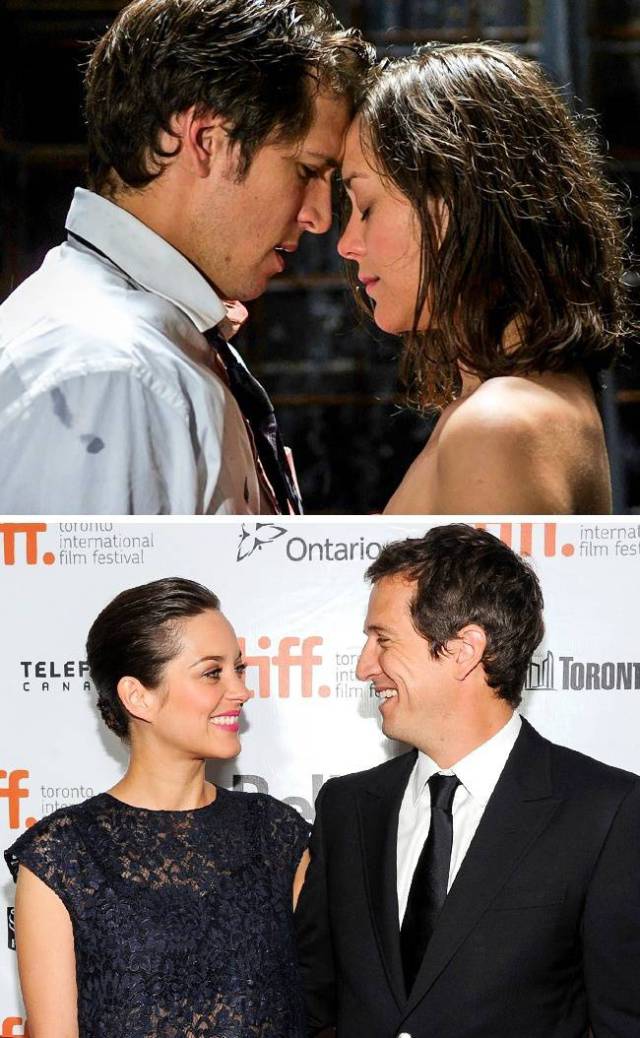 When these French actors starred in the drama Love Me If You Dare, neither of them even suspected that they would become real-life husband and wife within a few years. Their relationship emerged from a strong friendship and exchange of letters. They’re now living a happy life together and recently had their second child.

This couple is rarely seen on the red carpet together and try very hard in their day-to-day lives to avoid falling under the paparazzi’s camera lens. Many years ago, they starred together in I Know What You Did Last Summer and then in Scooby-Doo. Sarah and Freddie have now been married for 15 years, and it seems they’ve found the key to family happiness. 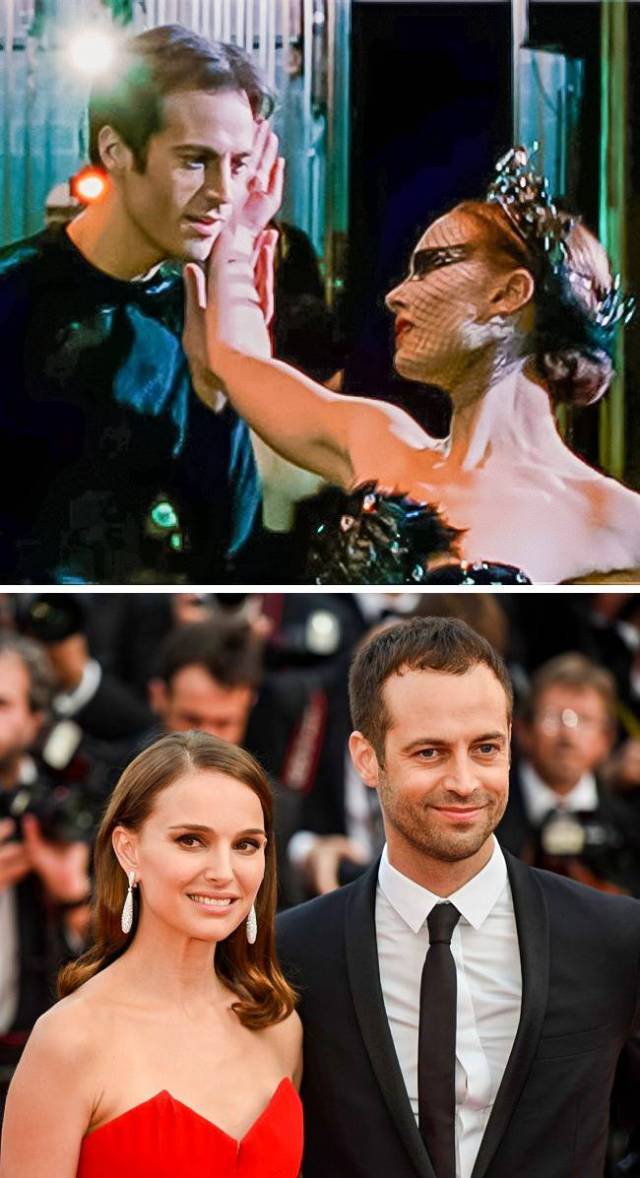 The movie Black Swan became a real gift of fate for Natalie Portman. She earned an Oscar for her performance and also met her future husband during shooting — Benjamin was the chief choreographer working on the project. Their story is one of passion: a wedding and two kids in a short space of time. Portman claims that becoming both a wife and a mother is the best thing that has ever happened to her.