An Imgur user by the handle dieWollmaus, recently inherited a home from her great aunt in Germany. Inside that home was a heavy floor safe – old and rusted, it looked like it hadn’t been opened in decades, if not longer. It looked pretty ominous. 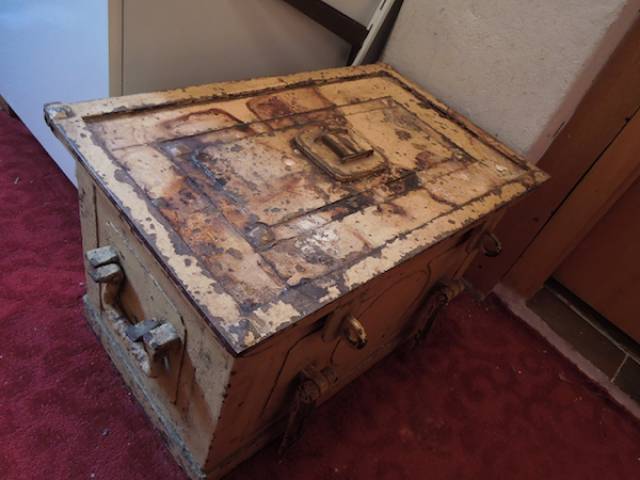 According to the Imgurian, her great aunt had fled Russia and settled in Hamburg in the 1940’s. Thinking that Germany was going to be safer than life under Communist rule, she was in for a huge surprise. She’d gone from the frying pan into the fire. Not much else was shared about the great aunt, and her niece wasn’t even sure she’d be able to get into the box. It was securely locked and the hinges were bolted. 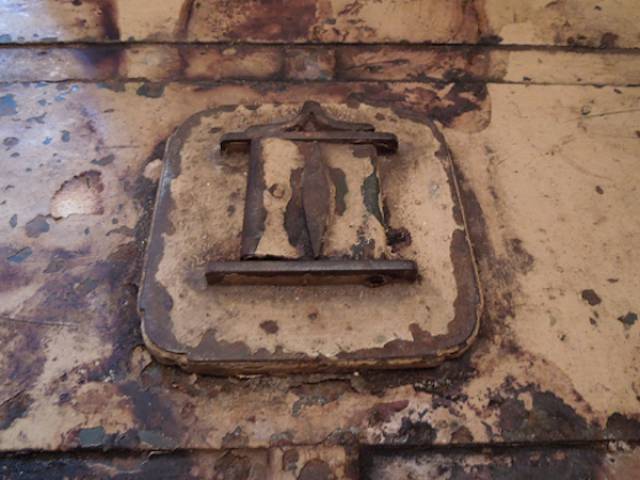 Fortunately, in exploring the home she was given, she found an old key that might fit into the rusted lock of the safe. Turns out it did. 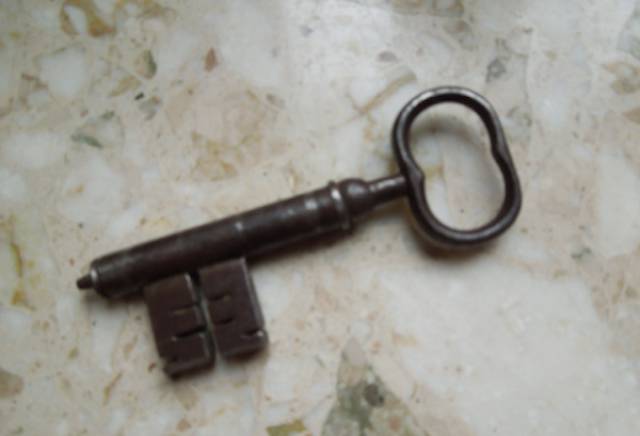 The first level of the box was a shallow tray that was totally empty. Looking closer, she saw a ring on the front half. 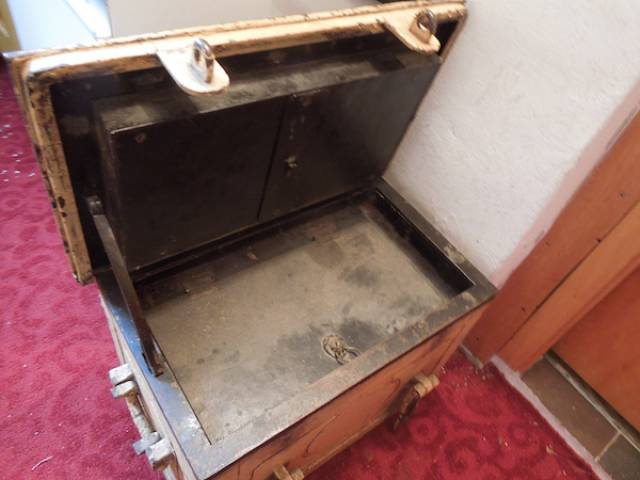 Giving that a pull, she found that the safe was actually full of stuff; neatly organized and filled to the brim. 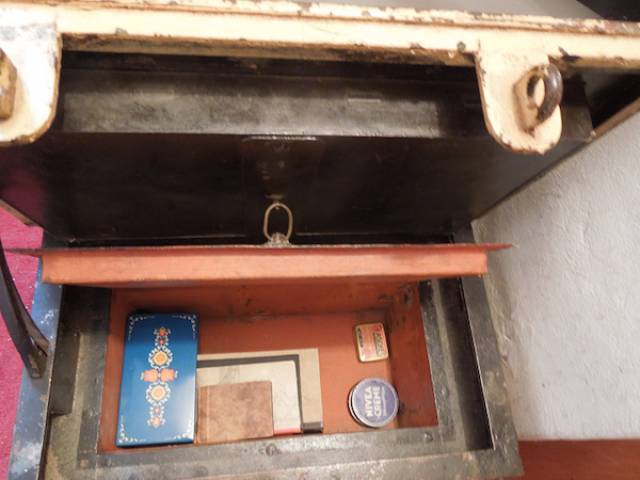 The largest compartment was full of old books, photos, battlefield letters and a secret history of her family. Off the bat, she didn’t recognize some of the people in the photos, but one of the books gave her pause. 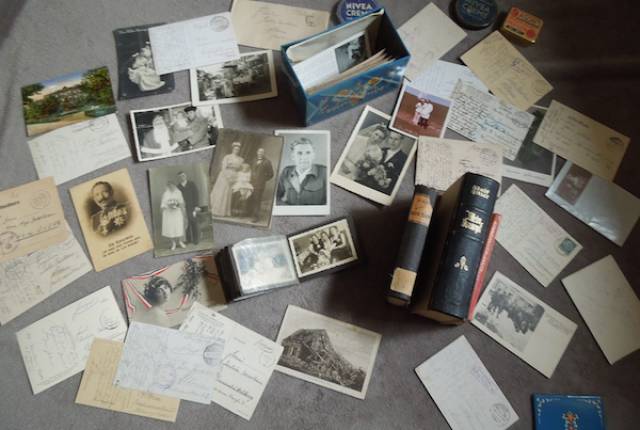 An original copy of Adolf Hitler’s Mein Kampf – an autobiographical manifesto written during his time in prison in the 1920’s, about his ideologies and plans for the future Germany. While the book itself isn’t all that rare, this was was an original copy, printed in 1943. 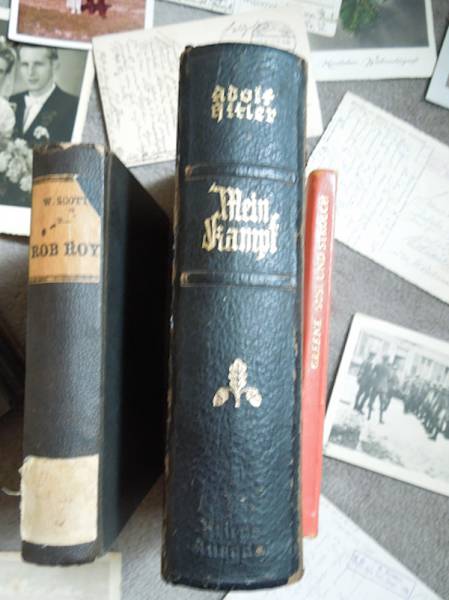 Currently worth $350 on the antique book market, the weight of this book is immeasurable. It’s a dark, violent and frankly fucked up book, that represents the messed-up world of violence, destruction and fear that Germany was. Why any normal person would own this book, is beyond me. And yet, during WWII, this great-aunt had a copy – an item so treasured the she kept it in her safe. 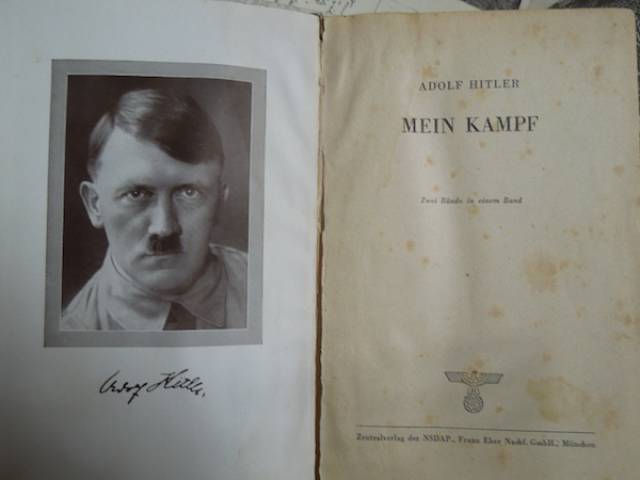 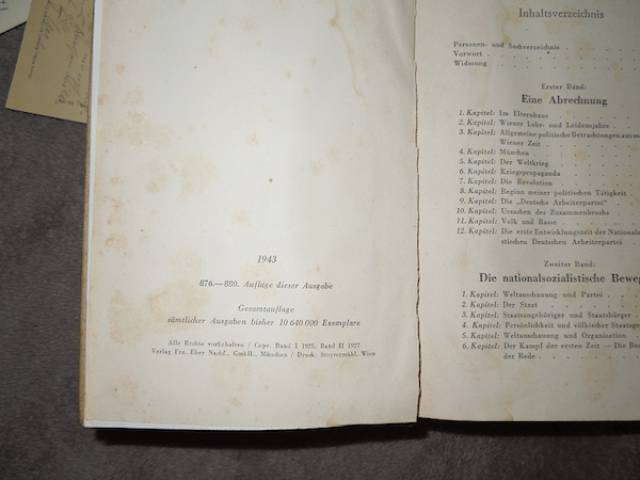 She also found a copy of Rob Roy, which surprisingly isn’t about the cocktail, but is a novel by Walter Scott, that tells the tale of a man who met the legendary Scottish outlaw/folk hero. This book too, was dog-eared and well-read. 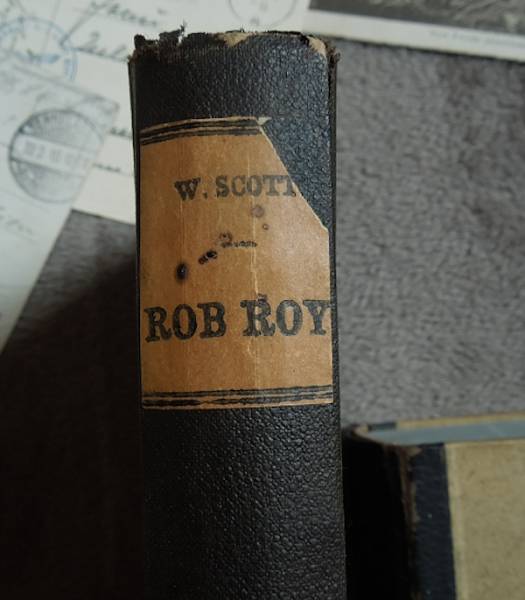 She also found this novel. 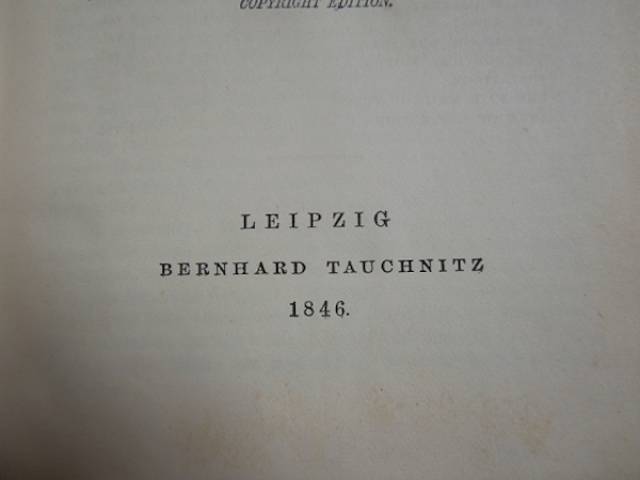 And a children’s novella of Lady and the Tramp, based on the 1955 Disney film. Also very well-loved. 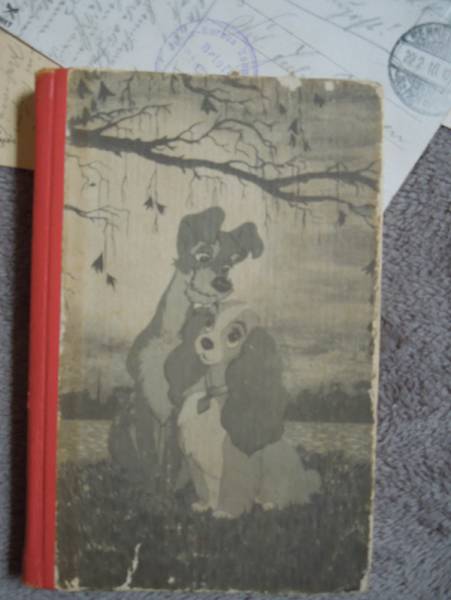 There were also empty tins. Wonder why these were kept? 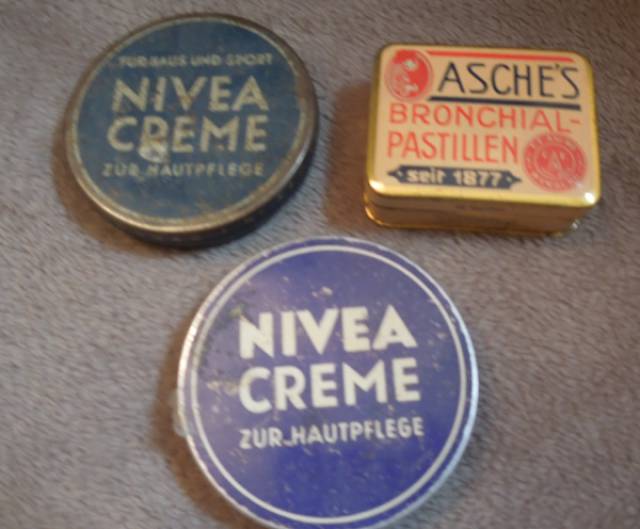 Then she went through the photos, but with no information, she had no idea who anyone was. She suspects that this might have been her great-great grandmother, around 1900. 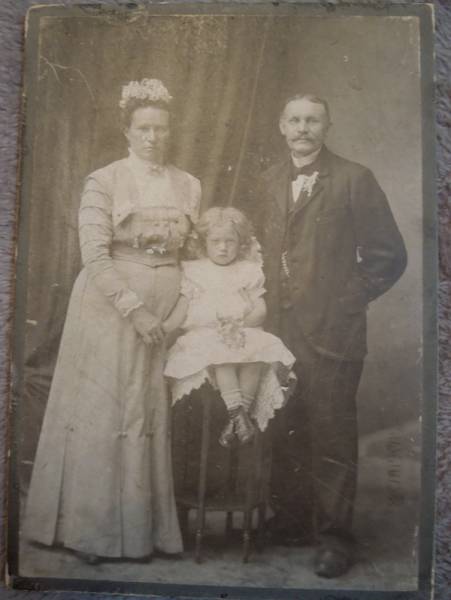 This one, she suspected was her grandfather in 1950. 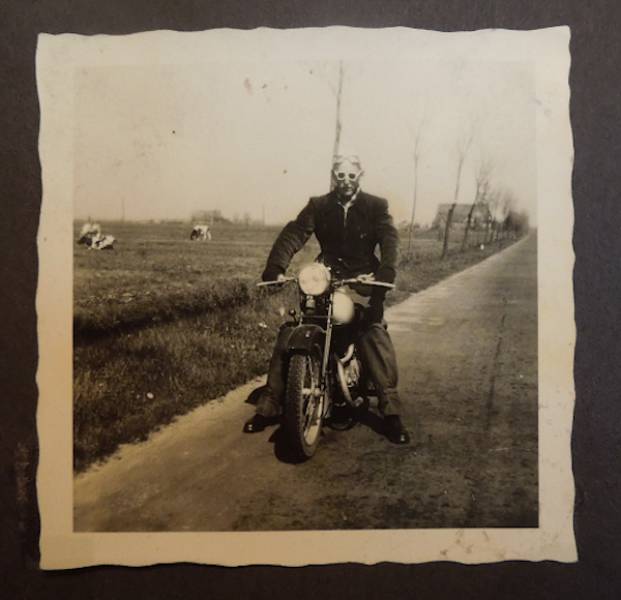 Then there’s this contradiction. This postcard dates back to 1916, with the sweet image of a soldier on the front, kissing his best gal before he goes off to fight in the Great War. Even though he’s a soldier, it’s still a romanticized image. 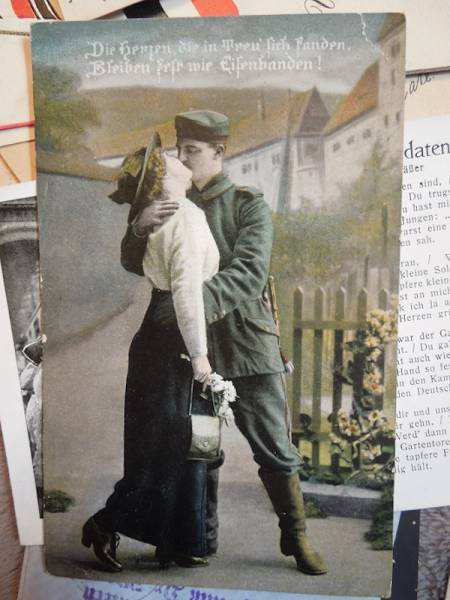 Compare it to this one. We don’t know what’s on the front, but the back has a big Nazi stamp on it. This was a reminder that the Party was watching your every move and that no written word, or even thought, was beyond their oversight. It really was a surveillance state. 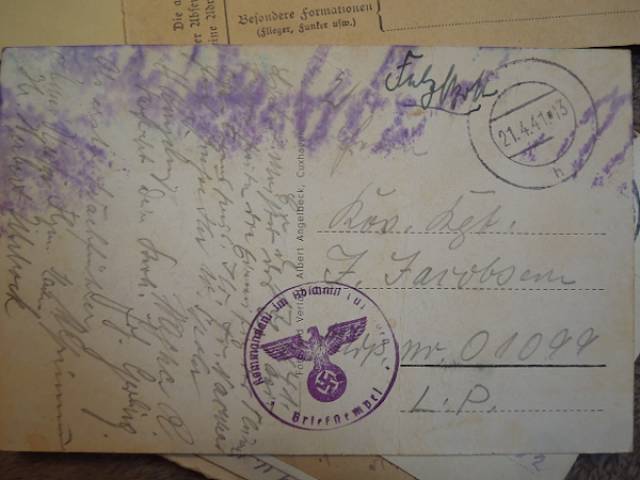 Then there were some other random photos. 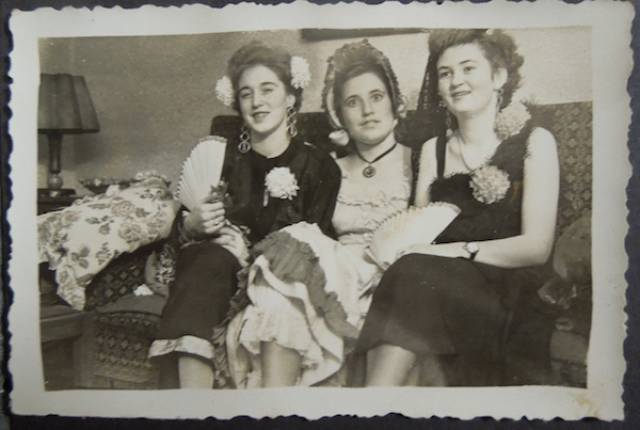 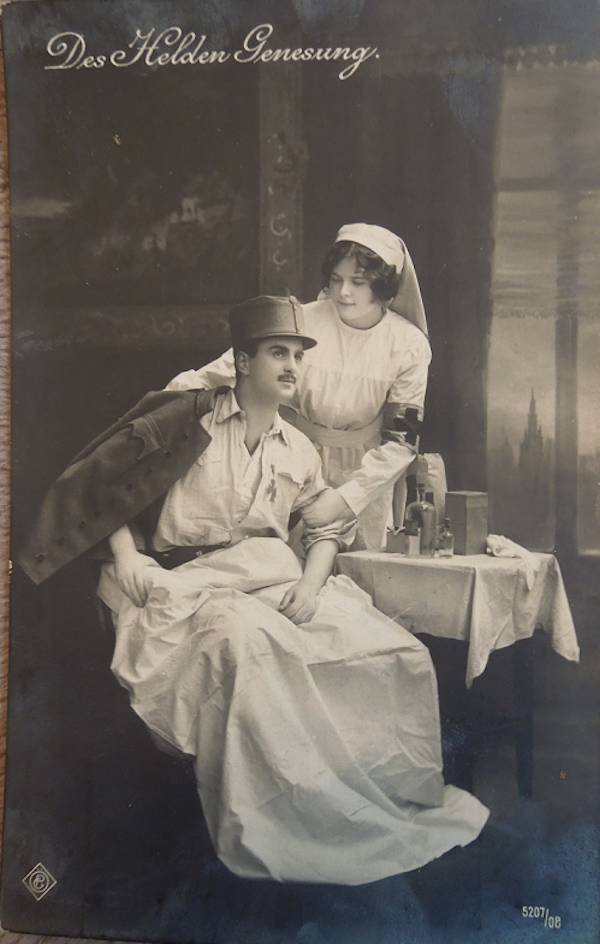 This one is a propaganda card, where the caption at the bottom says “House destroyed by enemy.” When there was limited access to newspaper and no real mass media, this was how the the Nazi’s tried to get into the hearts and minds of their citizens. Again, why put this in a safe? 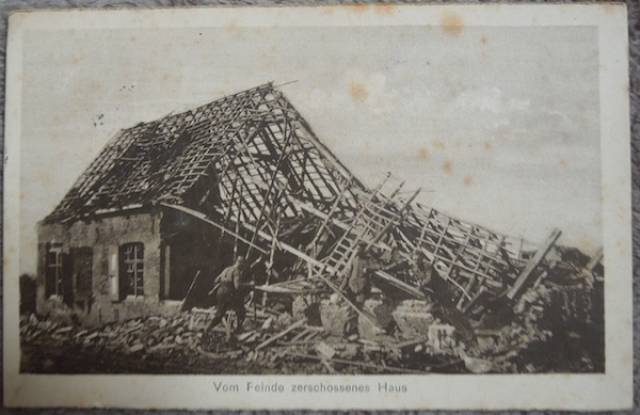 This, is apparently a photo of the heir to the Kaiser during WWI, and was a keepsake found in many German homes, yet the original owner of the safe supposedly moved to Hamburg in the 40’s. So was this lying around somewhere? The mystery deepens. 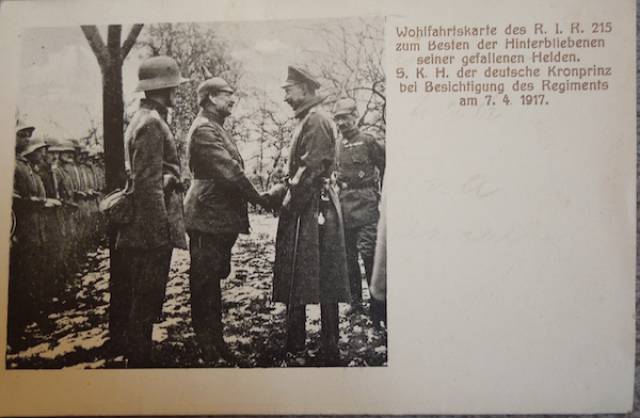 Then, finally, she came across a shocking photo. These two boys, who were a part of the Hitler Youth. Odds are, based off of what we know now about the Nazi regime, these kids saw more than any kid should. Even though membership in the Hitler Youth movement was mandatory at the time, it’s still a sobering thought to think that someone in your family was a card-carrying Nazi. 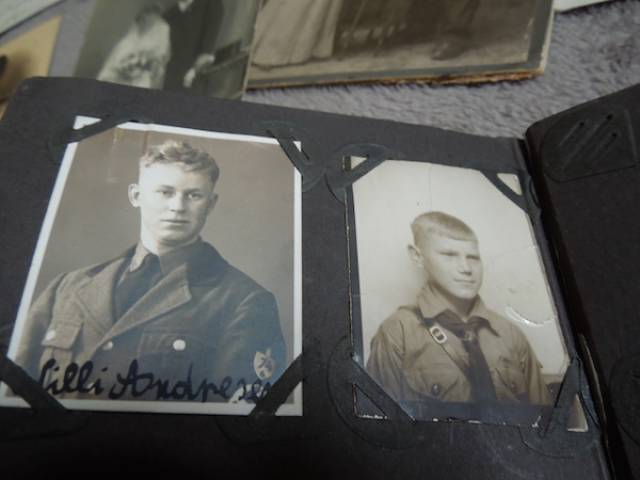