The Fiercest Warriors That Have Ever Walked The Earth (10 pics)

The Maori people settled in New Zealand circa 1280 A.D. and were some of the most vicious and feared warriors in history. These Polynesian warriors believed heavily in the idea of gaining ‘mana’ in combat- specifically through killing and eating the enemy. They were never conquered and would perform a war dance (Peruperu) in front of their enemy before fighting them. 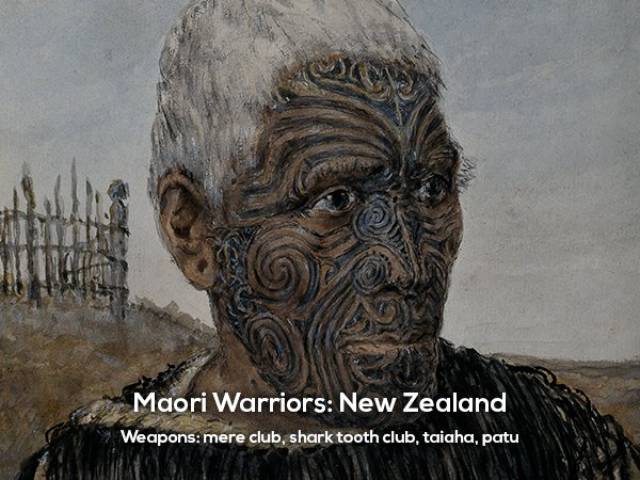 Knights of the Middle Ages

Trained in all things combat- including horseback combat- Knights went through a several-year-long process to become the deadly warriors they had to become. They took an oath that stated: “Protect the weak, defenceless, helpless, and fight for the general welfare of all.” These warriors were equipped with nearly 60 pounds of armour and rode into battle always ready to die for their cause. 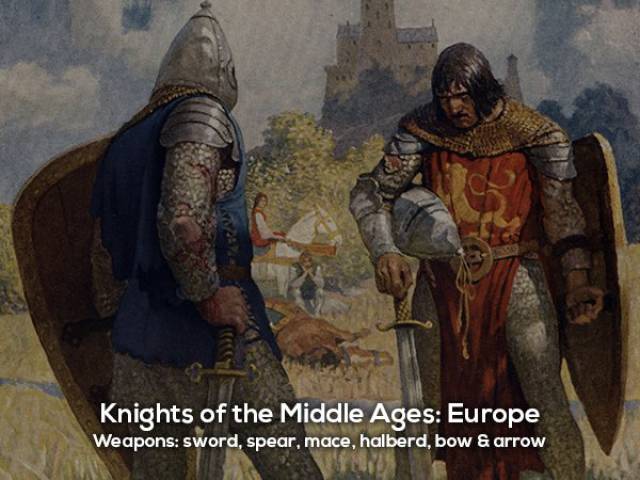 The Ancient Roman Military is one of the most famously successful armies of history. These warriors walked in massive, organized groups and were masters with the sword. They also had the incredible ability to handle a spear while defending with a shield. This allowed them to work as a cohesive unit that was almost similar to a tank. 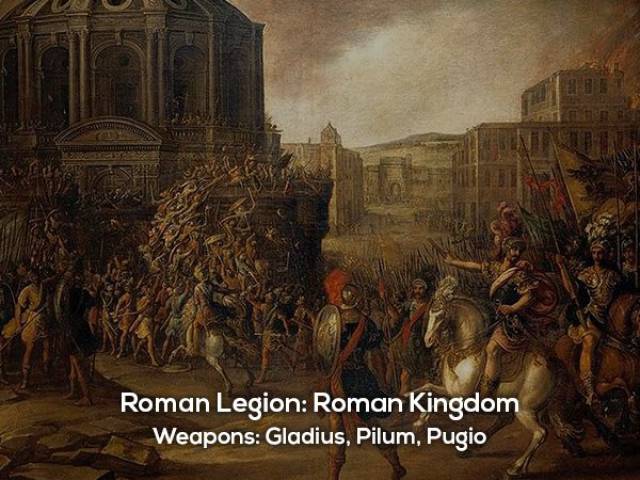 Mongol Warriors were some of the most feared warriors of all time. Their armies rode on horseback and dominated everyone in their path in Europe and Asia. They were also masters of the bow and arrow, which was especially effective when riding on horseback. 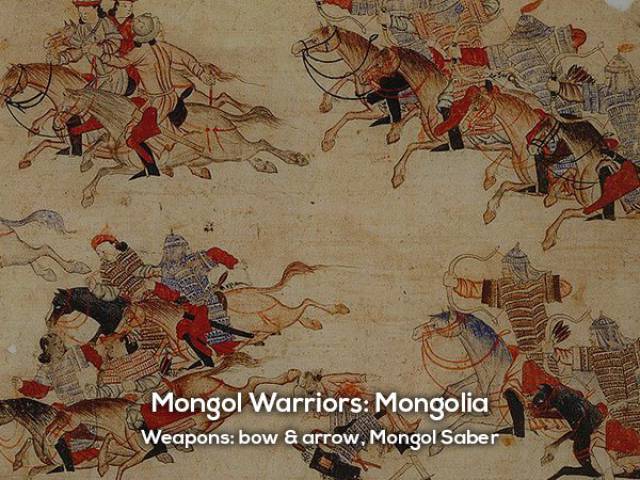 Well known for their fearlessness and strategic aggression, The Apache fought off the Spanish and Mexican people for centuries throughout history. Their training was said to be done in such a way that broke down young boys before rebuilding them into hardened warriors. 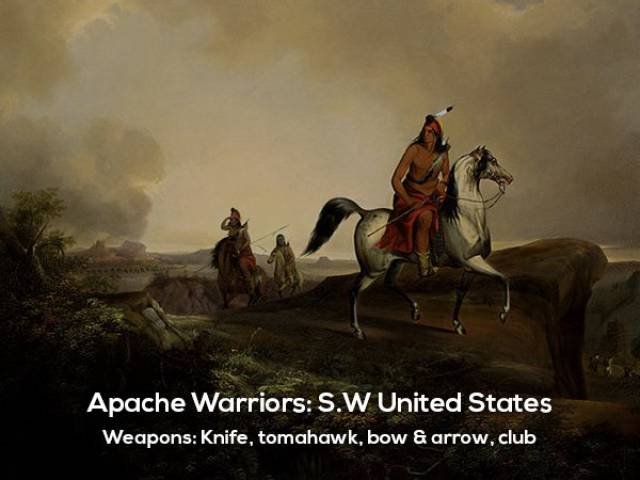 Albeit the Ninja wasn’t exactly all they were made out to be thanks to Hollywood, they were still pretty badass. They trained in stealth and were able to deceive and attack without making any sort of scene. They were essentially spies more so than they were assassins, but that doesn’t mean they weren’t deadly. They too were very well versed in weaponry. 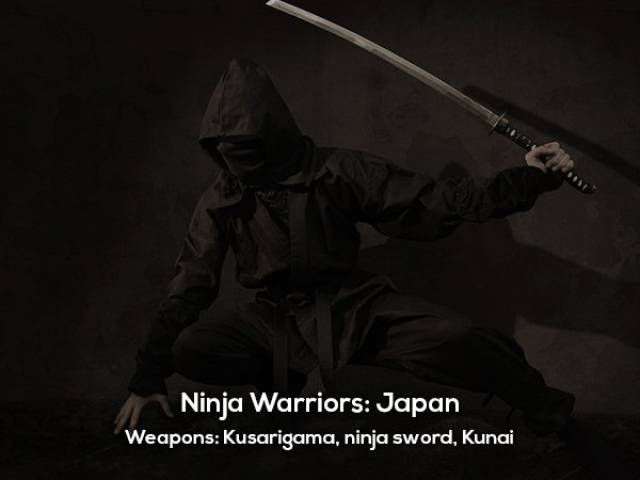 Otherwise known as Bushi, the Samurai are possibly the most famous warriors to come out of Asia. They are the equivalent to the Knights of Europe. They went through extensive training and followed a code of chivalry (known by them as Bushido.) They had incredibly sword and bow skills which made them some of the deadliest warriors of all time. 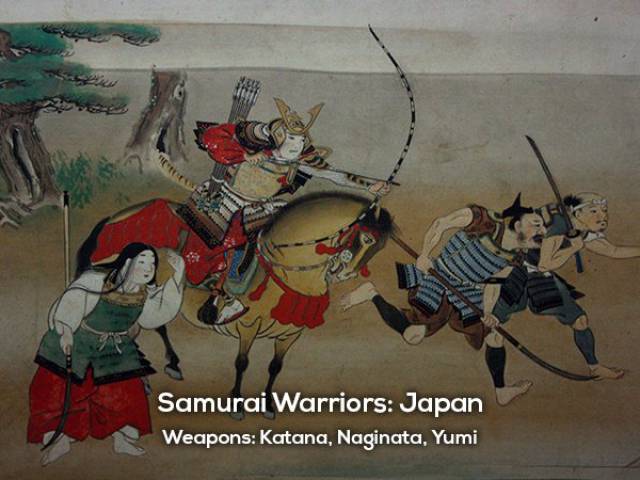 There aren’t many warriors in history that are associated with sheer brutality like the Vikings are. With little armour and nothing but an axe (or sword,) a shield, and raw aggression, these warriors were some of the most feared across parts of Europe. Their whole strategy was essentially having no strategy at all. It was: attack, take, then leave. 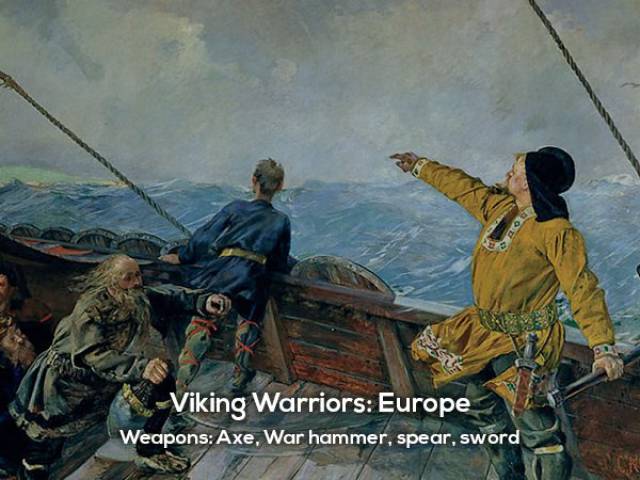 Having had control of Egypt and Syria for nearly 250 years, the Mamluk were slave warriors who eventually overthrew their owners and became complete brutes. They did, however, follow a code known as ‘Furusiyya’ that taught them to be generous and courageous in battle. They were also masters with the bow and arrow. 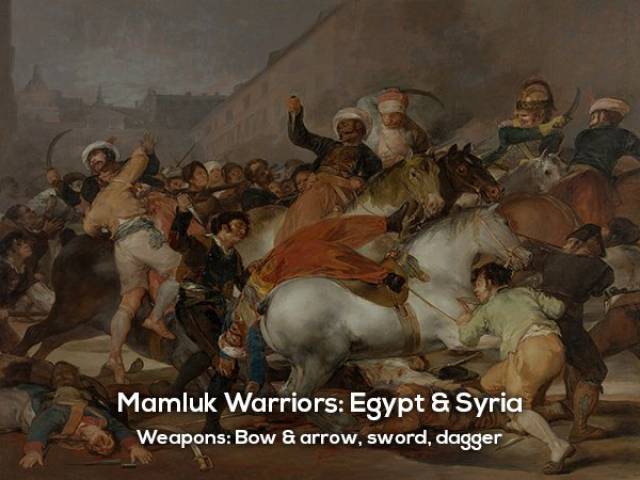 As far as the sheer culture of being born and raised as a warrior, it’s hard to beat the Spartans. For them, life was essentially about being able to defend your city state and conquer others. Their training began at a young age (7) and resulted in them becoming some of the toughest warriors since the dawn of time. 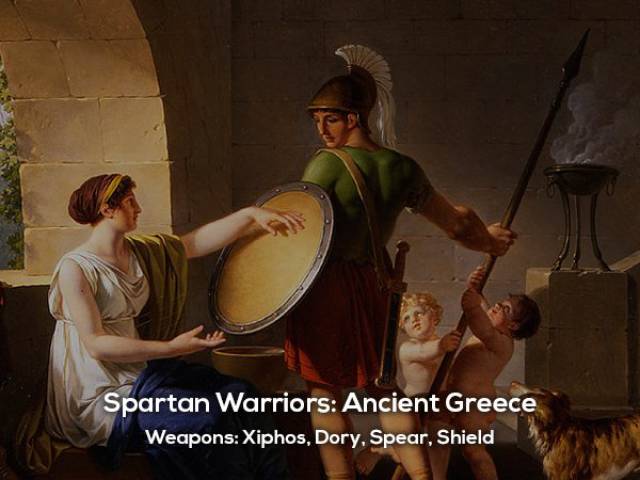