Bill Gates Has Such A Crazy House… (25 pics)

Mr. Gates pays around $1 Million USD in property taxes yearly for his home. He pays a million dollars for the privilege of staying on property he already owns, every year. 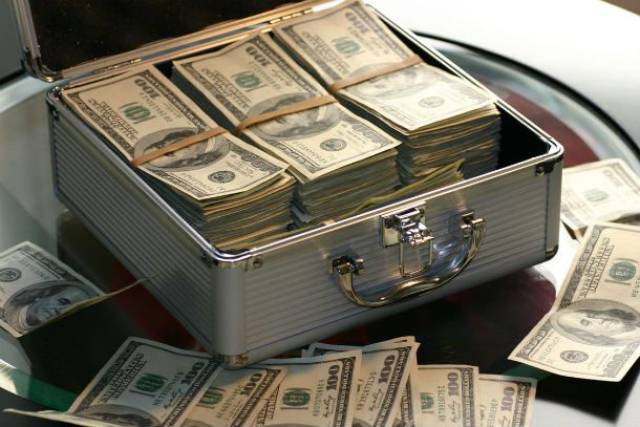 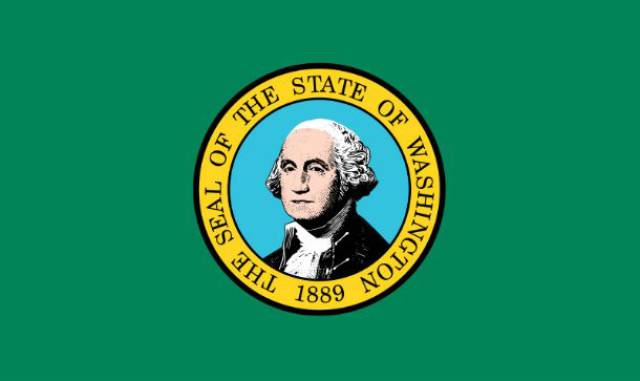 The home is also "Earth-Sheltered," meaning that it's partially buried or burrowed into the hill it sits on. In addition to looking really cool, this helps regulate temperatures and is far more cost effective - and therefore eco-friendly - than many modern methods of heating and cooling. 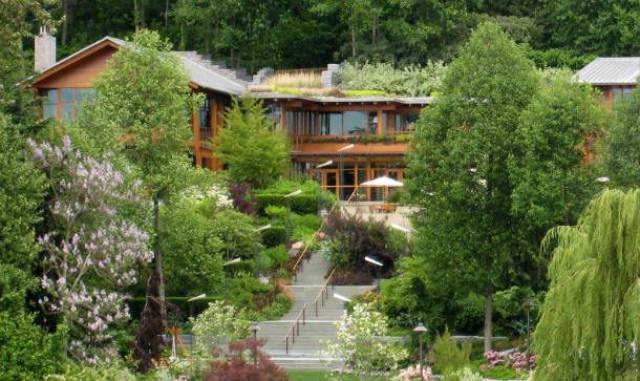 It took seven years to build the estate, at a cost of $67 Million USD. 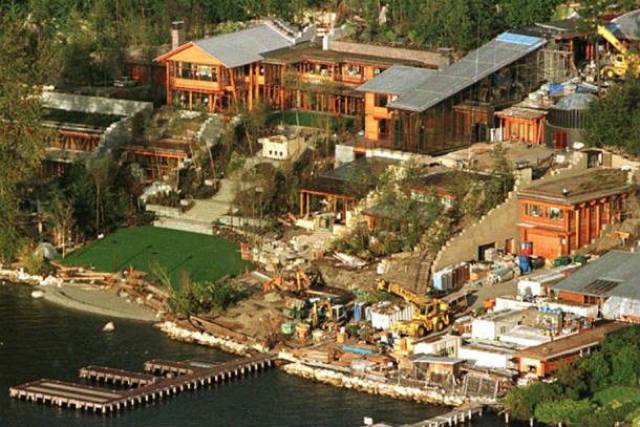 The Estate has a total of 24 bathrooms : 10 full baths and 14 half baths. If Bill Gates wanted, he could answer nature's call, at home, in a different bathroom almost every day of the month. Almost. 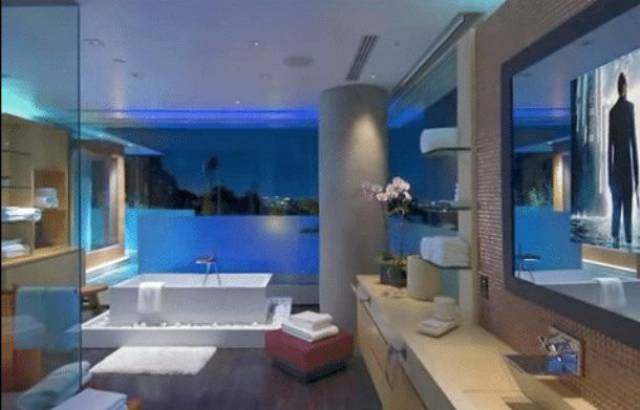 The roof is supported by Douglas Fir beams that are 500 years old. 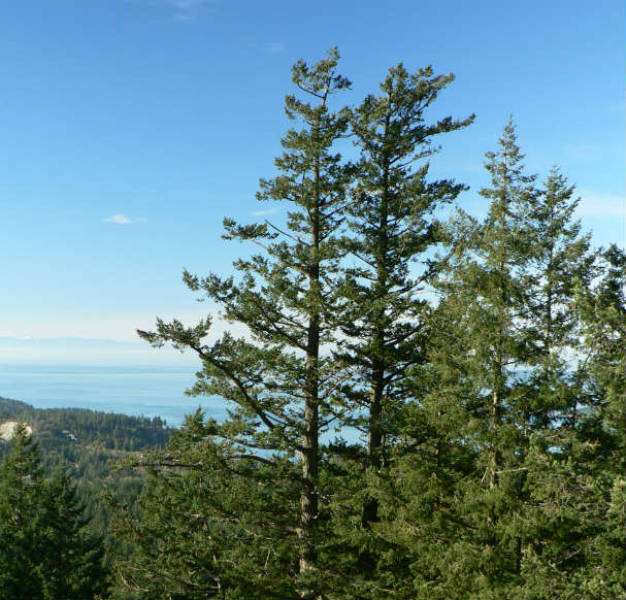 The Estate's name is "Xanadu 2.0". For those who don't get the reference, Xanadu is the Estate of Charles Foster Kane in the movie Citizen Kane, which is a place referenced in the Samuel Taylor Coleridge "Kubla Khan." In Xanadu did Kubla Kahn, a stately pleasure dome decree.... 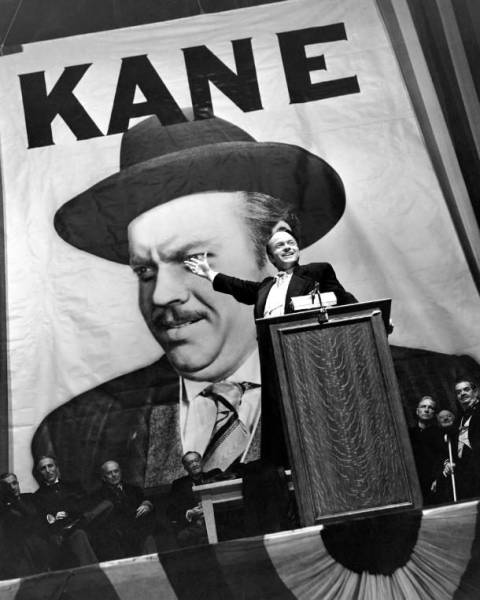 One of the many over-the-top technological features of the house is that there are high resolution screens around the house, that allow artwork to be changed at the touch of a button. The devices for storage alone cost $150k. 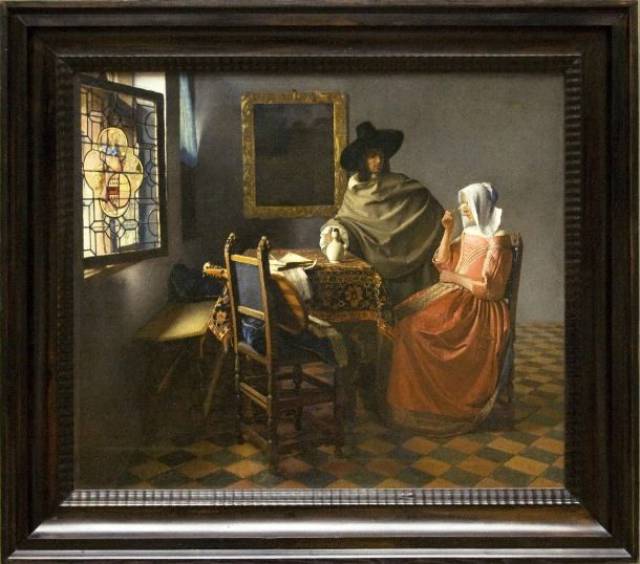 There are a few different garages on the property, holding a grand total of 23 cars. One of them, which holds 10 cars, is an underground concrete and steel cave. 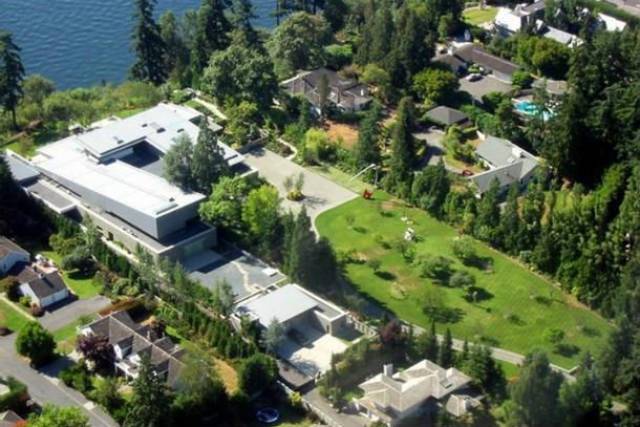 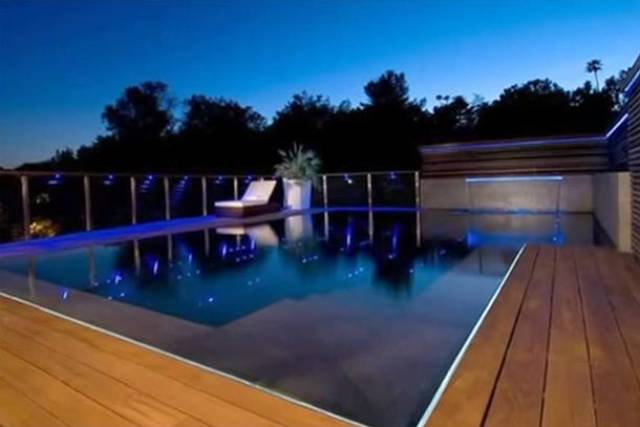 The Gates' also own a home valued around $9 Million USD in Florida. It's a largely equestrian property that they use when their daughter, Jennifer, is training for show jumping. 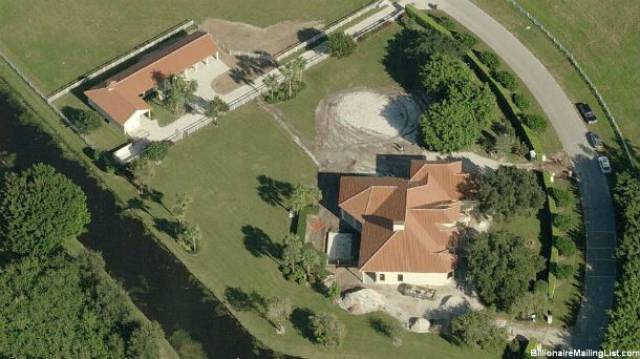 The house knows you. Every visitor gets issued a special microchip in a pin, which alerts sensors for temperature control and lighting preferences as a guest moves through the estate. So if you like low lighting and a cool 69 degrees, the house will accommodate you at all times. 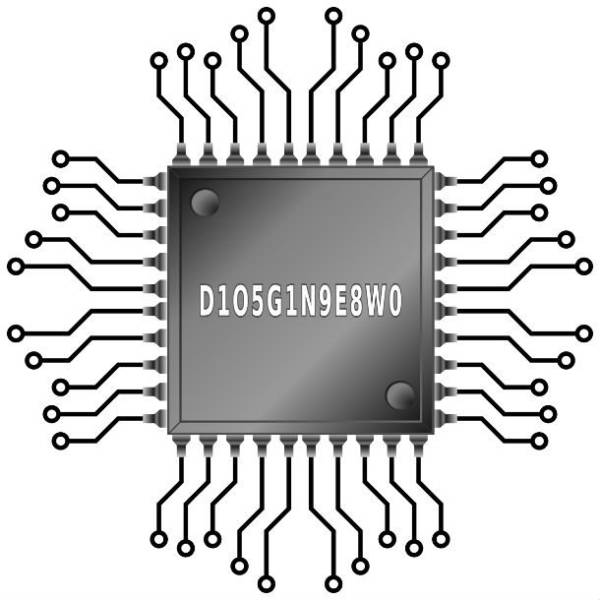 Of course there's a theater. Do you expect Bill Gates and his guests to watch movies in the living room like plebs? The 1,500 square foot theatre is art deco in design and will comfortably seat 20 guests on comfy oversized chairs and couches - and make them popcorn. 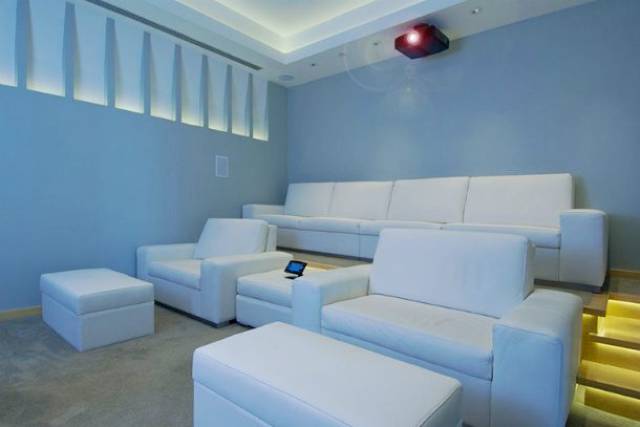 Floors in every part of the residence are pressure sensitive and constantly monitored. This way, security knows who's in the house, where they are at all times, and how much weight they gained at Thanksgiving dinner between sitting down and getting up. 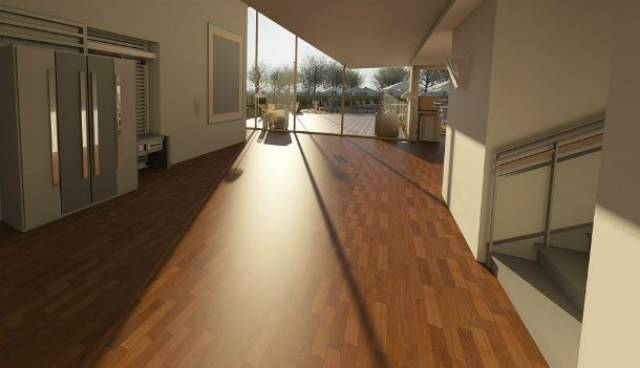 The sand on the beach? Yeah it's not normal Washington State lakefront sand. It's from St. Lucia in the Caribbean, delivered yearly by barge. Um...is it okay to just...import sand? Is it irradiated so that there's no bacteria or microscopic animals from St. Lucia showing up in Washington? 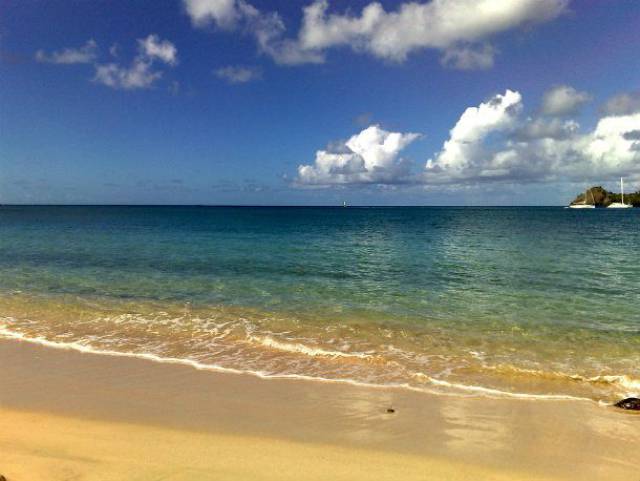 Arguably one of the coolest things of about Gates' home is that it houses Da Vinci's Codex Leicester, which he bought for $30 Million USD in 1994. The Codex, by the way, has a grand home. Xanadu 2.0's library is an impressive 2,100 square feet, complete with domed roof, secret bookcase doors, and a Great Gatsby quote on the ceiling, "He had come a long way to this blue lawn, and his dream must have seemed so close that he could hardly fail to grasp it." 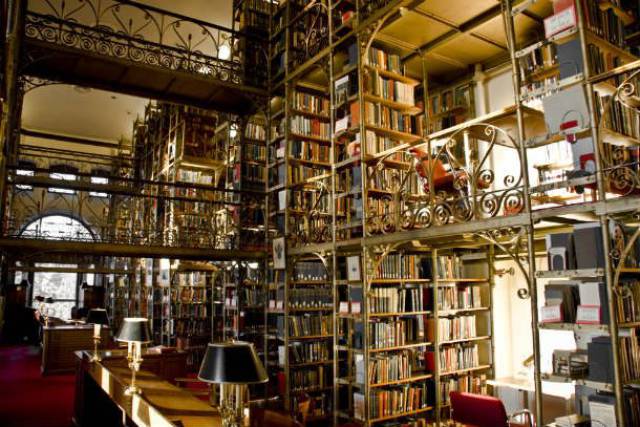 Xanadu 2.0 does have a reception hall. A 2,300 square foot reception hall, that can seat 150 for a plated dinner, in addition to a 22 foot wide television display and a large limestone fireplace. We like to imagine that after a hard day, Gates sometimes plays Xbox on the giant display... 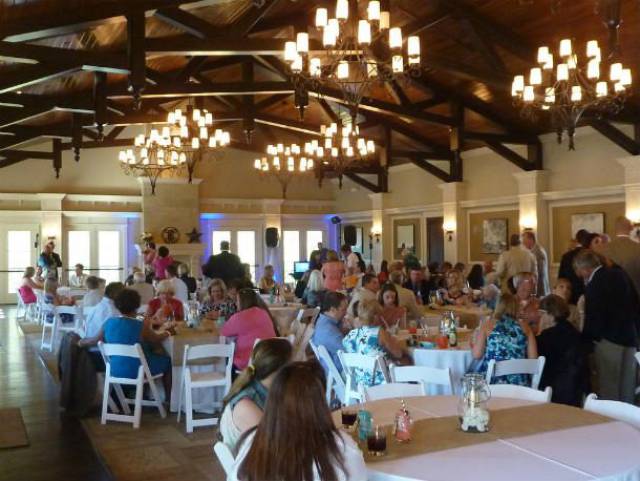 When you have a 66,000 square foot home (that's larger than a football field, y'all), walking to the kitchen to grab a snack becomes more of a endeavor. Gates cleverly solves this by have six kitchens situated throughout the property...and also probably house staff and/or a robot. 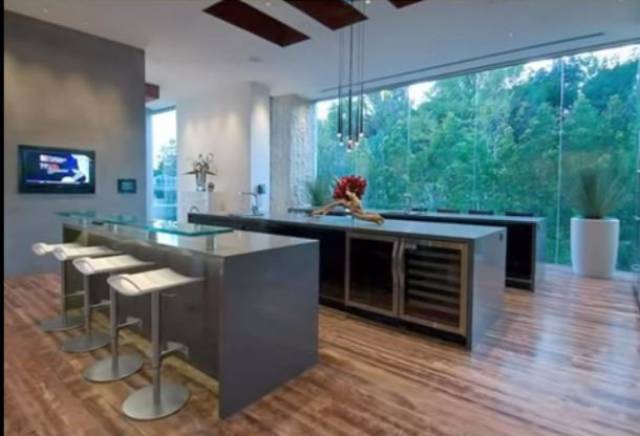 With all this amazing stuff - multiple garages, six kitchens, 24 bathrooms - there are only 7 bedrooms. Most of them are probably larger than most apartments, probably, but you'd think they'd at least be in the double digits. 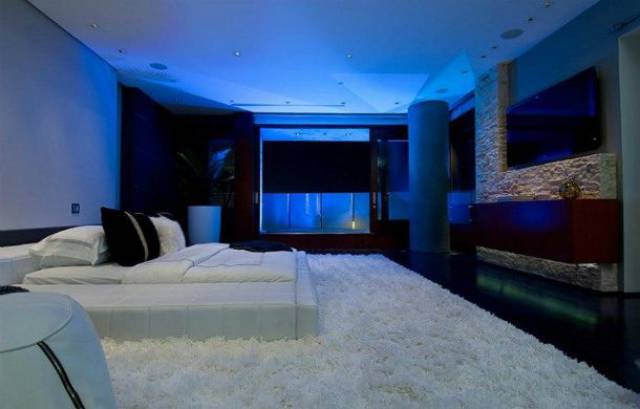 The Grand Staircase (Because what mansion doesn't have a friggin grand staircase?) is 92 feet long, with 84 steps. However, if you don't want to take it, there is, of course, an elevator. 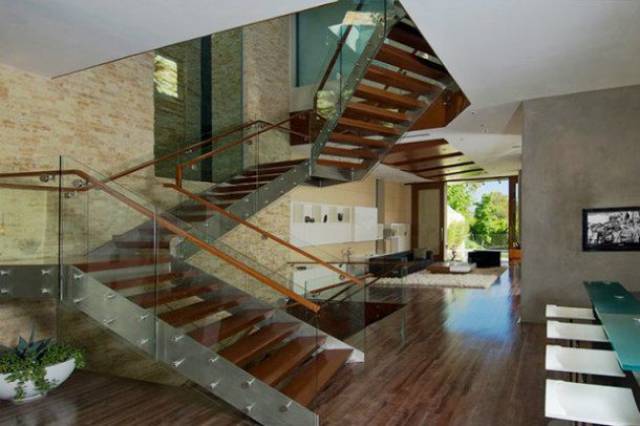 There's a man made stream - complete with salmon and trout - running through the property. It's not just decorative though, it's built to deal with any runoff or drainage issues from the large property. Wonder if the richest man in the world had to fight with the EPA to build a stream or pond on his own property like the rest of us..... 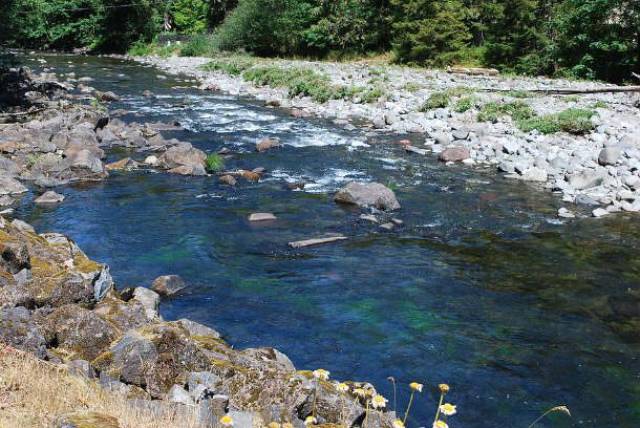 On the grounds of Xanadu 2.0, stands a Maple tree. This tree is so special to Mister Gates that it's electronically monitored 24/7 to make sure it never gets too dry. If it does, it's watered (automatically, of course). 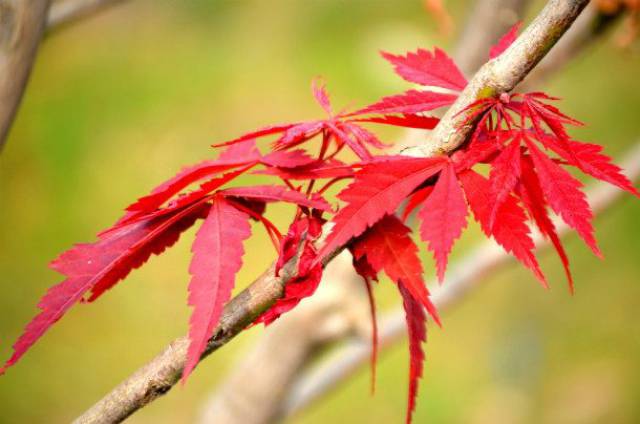 If you start to get jealous, or think it's wrong that Gates' owns such an extravagant and amazing home, keep in mind that Bill Gates spends more on global health initiates in a year than the World Health Organization. 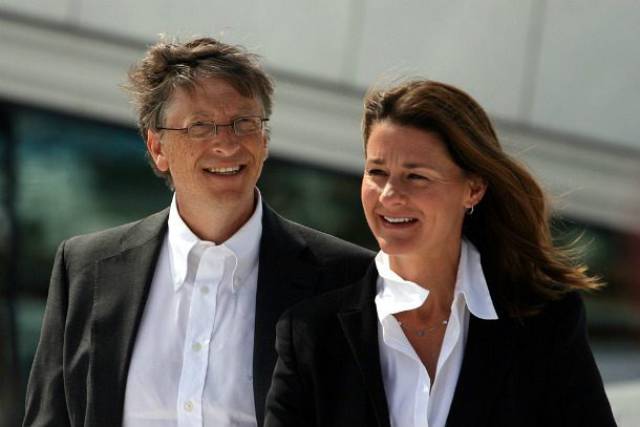