Not every ancient mystery is a structure. Sometimes, relics are left behind that have no explanation other than the supernatural. This is one of them. The Shroud of Turin is a piece of linen that’s roughly 14ft x 3ft and it bears a faded image of a man that might just be Jesus Christ. He’s got the crown of thorns, wounds on his hands, feet and side, and there is the beard. The shroud has been revered as actual proof of Jesus and worshipped for centuries, until scientists decided to test it. According to all the tests they use for figuring out age (Carbon dating, isotopes, etc), the cloth dates back to the Middle Ages. This might seemingly prove that it’s not the burial shroud of Christ, but there’s a caveat.

No one knows how the image was placed on there. It’s not paint, or any photographic process and it’s not a visual trick – there is and image on there. One theological scientist believes that a miraculous event, such as a resurrection could have generated so much energy that an image was captured.

All I can think of is that line from the movie Thor “Magic is science we don’t understand yet.” He might be onto something.

The Iron Pillar of Delhi 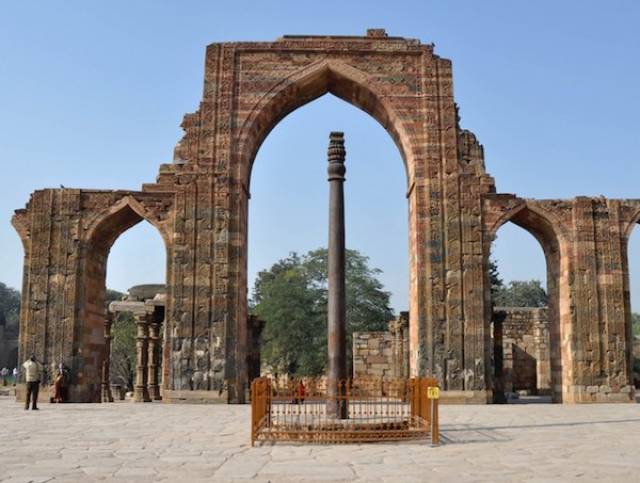 In the Qutb complex, within Delhi, is a 7 meter tall column. This giant pillar was thought to have originally come from a monarch in northern India back in 402 CE, but no one really knows for sure. What they do know is that it’s made completely of iron, but in over 1,600 years, it’s never shown a speck of rust.

Some scientists say its on account of the mild climate in Delhi, while others think that it’s the absence of sulphur and manganese in the make up. What’s also a head-scratcher is that no one knows how the column was forge-welded to even make it. 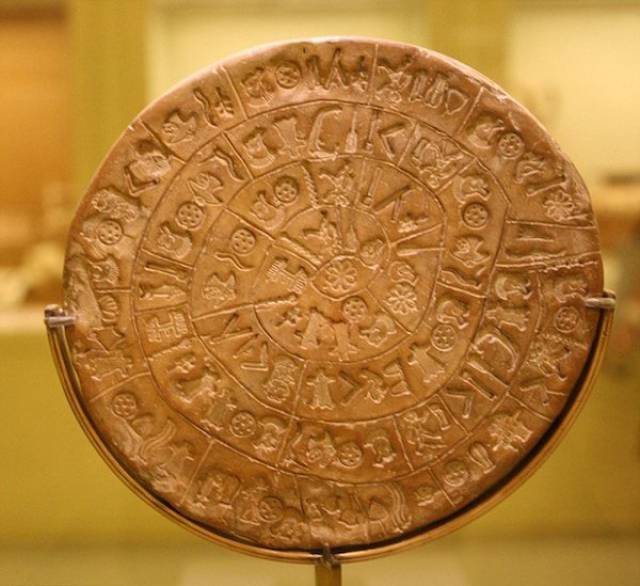 This is probably one of the most famous archeological mysteries of all time, this disc was found on the island of Crete in 1908. It’s made of bronze and has plenty of small characters inscribed on it in a clockwise pattern.

Despite all the technology and information we have at our disposal, no one knows where it came from or what it says. Some say it’s fake, while other swear by its authenticity. Until a translation key, much like the rosetta stone, is discovered, we’ll never know. This is one hell of a strange archeological site, that has got a lot of people scratching their heads. The monument is comprised of stone blocks that weigh hundreds of tons, and dates back to 536AD. According to the Incan inscriptions, this is supposedly where the world began, and scientifically, that’s the only answer that makes sense. No one is sure how the blocks were transported, and as they show no chisel marks, no one is sure how they were carved and shaped.

When we, with all of our tech, can’t get lines this clean and straight, and need massive machines to move our heavy loads, how did the Inca do it 1,500 years ago? I’m going to go with the Inca and say: Alien Gods.

Disappearance of the Sanxingdui People 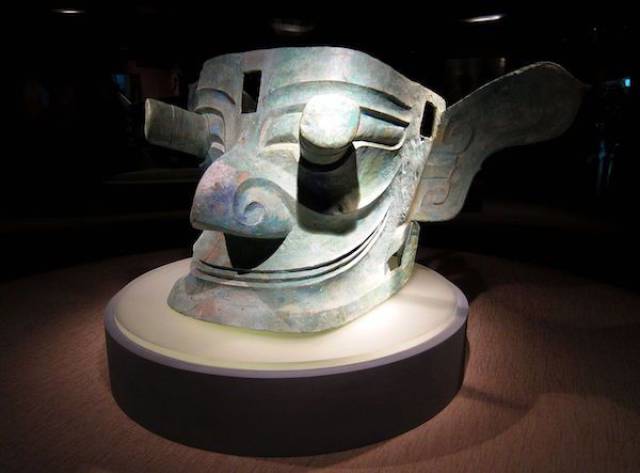 What makes archeology such and adventure is that sometimes you don’t need to be a professional to do it. In 1929, a man repairing a sewage ditch in China’s Sichuan province came across a treasure trove of jade and stone artifacts, dating back to the Bronze Age. When experts go their hands on it, they couldn’t figure out where they came from.

Later studies have determined that these might have been relics of the Sanxingdui civilization, a culture that collapsed between 3,000 and 2,800 years ago. They supposedly inhabited a walled city on the Minjiang River, then one day, just left, burying all of their treasure in pits.

The Wheel of Giants 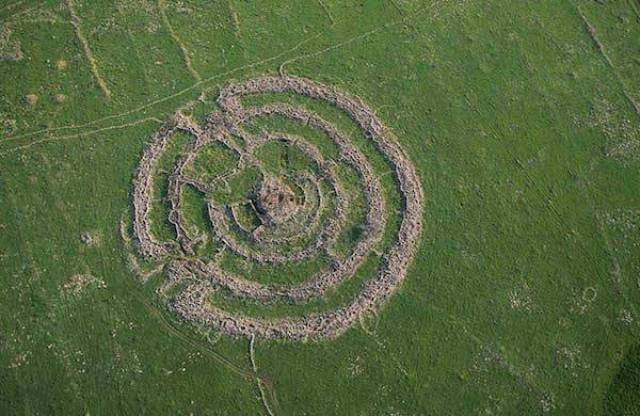 This mysterious structure lives in the Israeli-occupied part of Golan Heights, Levant. Made up of over 42,000 basalt rocks, it creates a giant wheel that can be seen from space. It dates back to the Early Bronze Age II period, which is roughly 3000-2700 BCE. In the centre is a burial mound, but there are no human remains inside.

Archeologists figure that it took over 70 years to build and there’s nothing else like it anywhere in the world, to any guesses to what it is and what it means, is pure speculation. 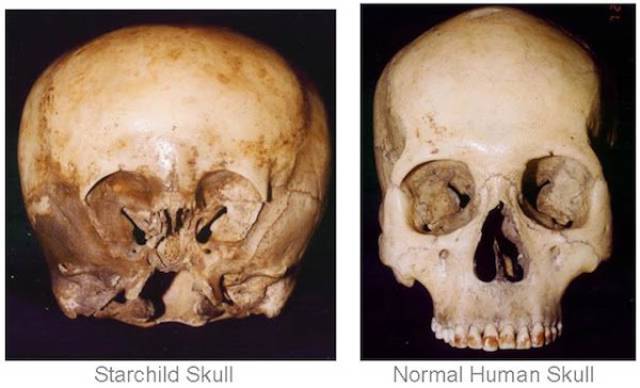 This deformed skull from a child was found in Mexico around 1930, in a mining tunnel. According to a paranormalist, it’s the skull of an alien. Doctors disagree, however, claiming it to be the skull of a child with hydrocephalus, where the skull becomes enlarged due to swelling. However, the capacity of this skull was far more than what the skull of a child of that age should be, and with no signs of swelling, suggesting that it’s an abnormally large brain cavity.

Others, suggest it might be the result of human and alien breeding, much like the whole plot of the X-Files. 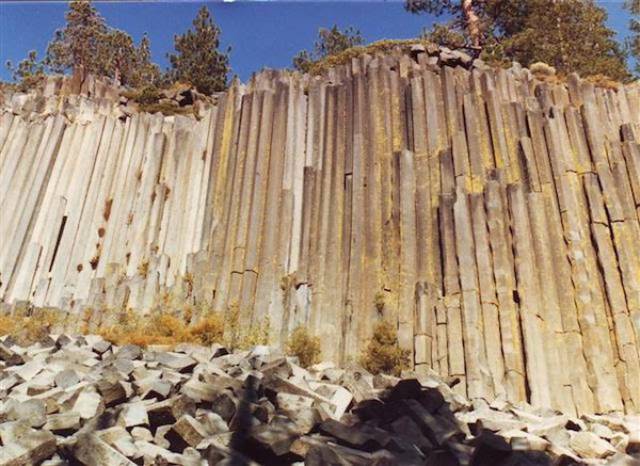 There’s a strange set of pips that poke out of the top of a mountain in the Qinghai Province of China. These pipes, lead down into a series of caves in Mount Baigong, and run through it all. No one knows how they got there.

The pipes are made of a combination of iron and silica, and based on the surrounding rock, there’s evidence that these pipes were created and installed well before the iron age, before we could even make things out of iron, or drill such deep holes in the mountain. The pipes stretch for feet throughout solid rock, with no discernible way to figure out how they got there. As well, there’s no evidence that humans actually ever lived in the area, so either this is a freaky natural occurrence, or some mysterious force created a drainage system for reasons we can’t understand.

The Mysterious Cart Tracks of the Phrygian Valley 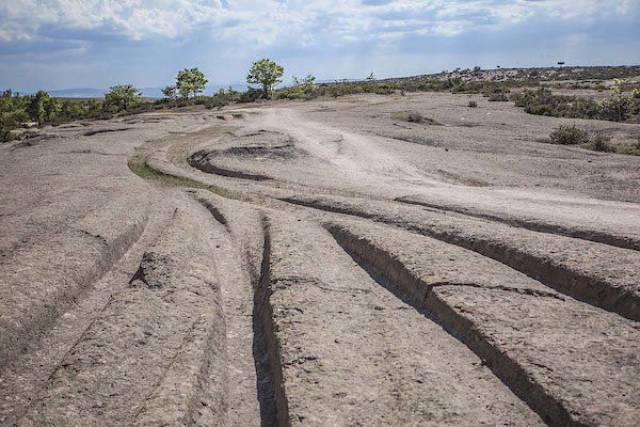 There’s a lot of legends that come from this area of Turkey, according to the ancient Greeks, including the story of King Midas. What’s even more mysterious, are these track marks, etched in the dirt. Some speculate that it’s a cart highway, as they’re evenly spaced apart, but what’s even more crazy, is these tracks are carved in Bedrock. There’s no way this is simply wear and tear from repeated cart movements.

What throws it further into WTF territory is that in some places, the tracks go vertical and horizontal along walls, with no evidence of wear, suggesting that anything even glided on that wall at all. 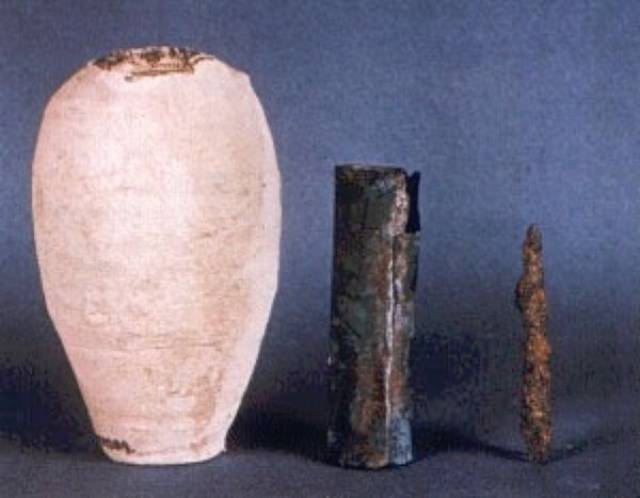 There was a set of three artifacts that were found together in the Iraqi province of Khujut Rabu, during the Parthian Empire. They were a ceramic pot, a singular type of metal and a rod of another type of metal. No one really knew what they were until an assistant at the National Museum of Iraq suggested that it might be a battery cell, to electroplate gold and sliver objects. As the theory goes, if you put the one metal rod, inside the metal tube, then inside the ceramic pot filled with an electrolyte solution, you get a charge. That’s the theory, at least.

No one really knows what is actually. Some say it’s just a storage device for papyri, but the real answer is lost in the sands of the desert. 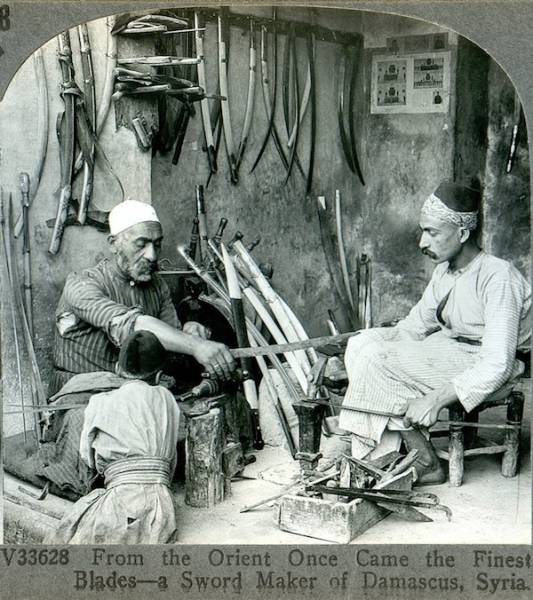 During the Crusades at the turn of the 11th century, knights returned to Europe with tales of the mysterious and strong swords being wielded by the Islamic warriors. According to the legends they told, these swords were sharp enough to cut through a floating pice of cloth, and was durable and flexible. Over the centuries, numerous attempts have been made to recreate the formula for Damascus Steel, but to no avail. No one knows what the secret was and how to make it, though some researchers back in 2006 claimed that the steel contained nanowire and carbon nanotubes, centuries before we even figured it out. 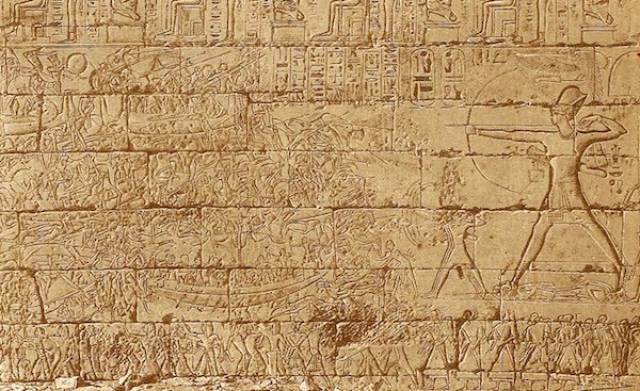 Now with this one, things get really mysterious and far more out there. During the Bronze Age, civilizations all over the world were moving forward at an incredibly accelerated rate. New tech was being, we’d discovered fire and advanced cities were being built. We were on a roll. Then 1200 BC happened and it all stopped. Civilizations were wiped out, tech and knowledge was set back a thousand years and we had to start again. The Bronze Age collapse is a mysterious dark space in the history of mankind and no one knows what happened.

There is a theory, however: Sea People. According to some carvings, a mysterious group of sea fairing folk known as the ‘Sea Peoples’ attacked all known civilization and wiped them out, despite being inferior and more primal than we were. Who these sea people were, is something we’ll probably never, ever learn.

The Earthworks of Kazakhstan 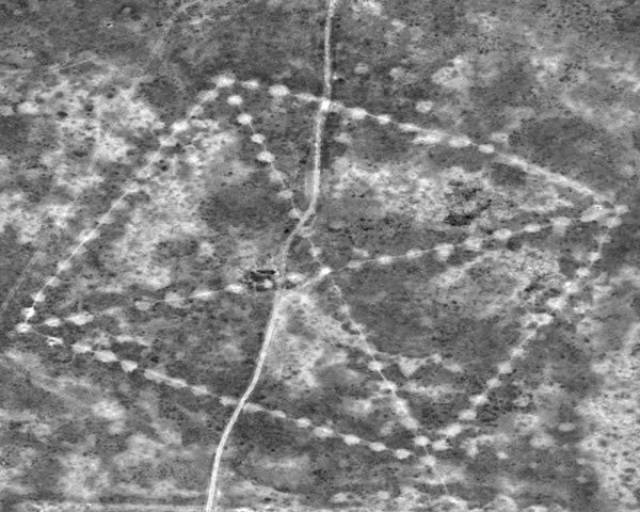 Up until 2007, no one knew that these even existed, until NASA took some satellite images. Then they discovered this pattern, dating back 8,000 years. Experts are baffled, as the mounds are raised earth, which points to them being man-made.

Unfortunately Kazakhstan has no interest in investigating the discovery, so now, 10 years later, we still don’t know what these were. Some say it was a way to track the sun by the Neolithic people, while others suggest alien landing site. 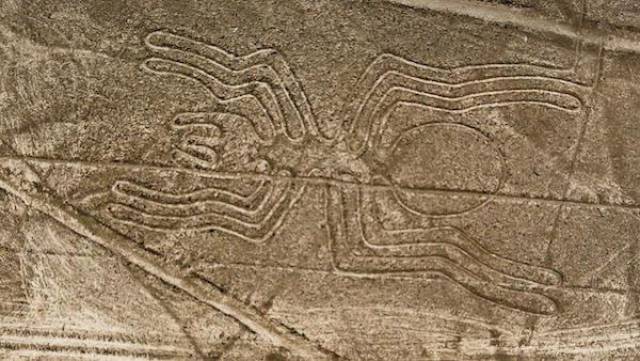 From the ground, these lines just look like tracks in the dirt, but from above, they’re pure art. Discovered by a commercial aircraft in the 1920s, these images are mysterious as hell.

There are hundreds of shapes, ranging from geometric shapes, to animals, people and plants and were made over 2,000 years ago. Some speculate that these were ways to communicate with deities, while others suggest that aliens came down and marked the earth with what they saw, for future reference and classification.