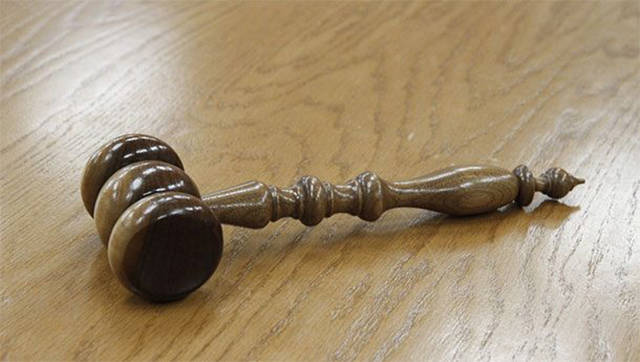 A high profile French bank robber, Albert was notoriously clever. When he did finally get caught, he escaped by handing the judge a fake piece of evidence and jumping out the window onto a waiting motorcycle. He remained at large until his death from throat cancer. (An unknown person dumped Albert’s body on his mother’s lawn.) 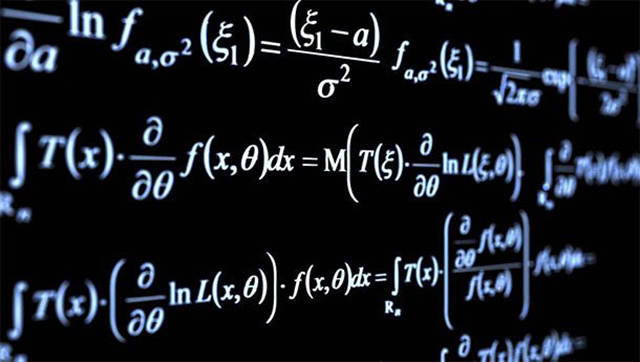 With a PhD in statistics and probability, Carl is possibly one of the most educated thieves on our list. He is also one of the most prolific bank robbers in US history, having robbed more than 50 banks over the course of 30 years. He was caught in 2002 after several boys playing near a drainage ditch stumbled across his cache of weapons/maps/equipment. Police were eventually led to Carl’s door. 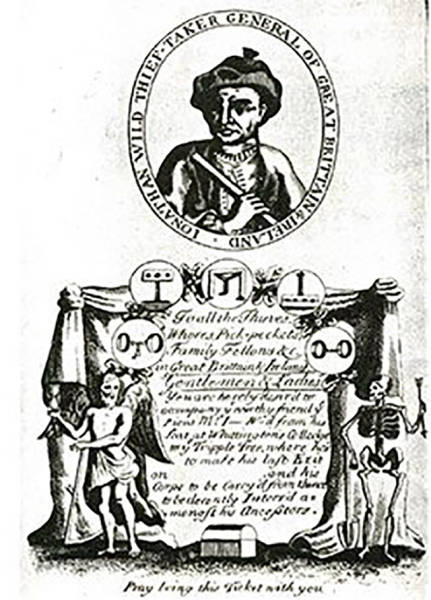 Jonathan was a popular figure in the London underworld in the 1700’s. He posed as a vigilante crime fighter who was in fact in on the crimes and would quite often get a cut of the profit. His public image eventually suffered, however, and he was hung at the gallows. 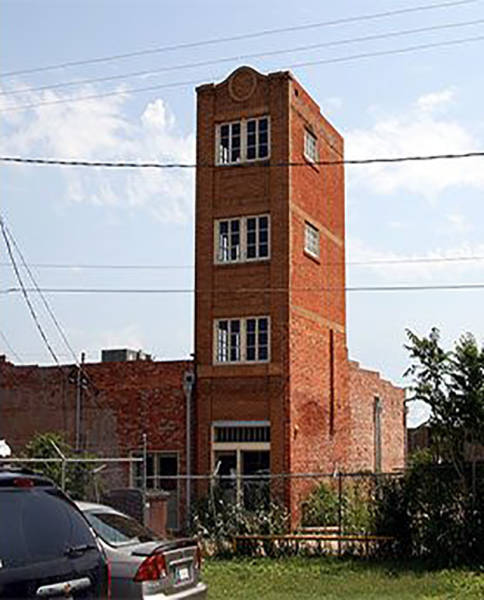 McMahon swindled investors out of their money when he told them he was building a skyscraper. In the blueprints, he replaced all the “feet” with “inches.” J.D. then managed to escape justice because in his defense, he claimed that he never actually said the building would be 480 feet (it was only 480 inches). To this day, the “world’s littlest skyscraper” stands in Wichita Falls, Texas. 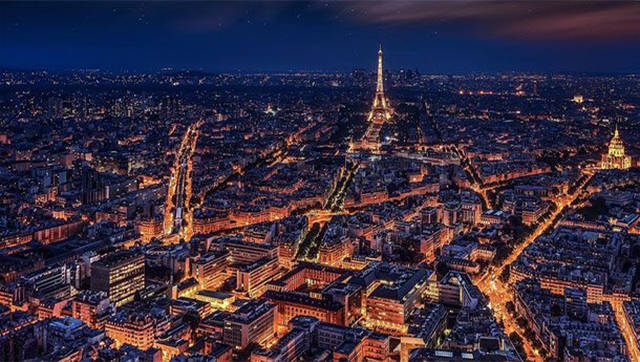 Ironically enough, Victor’s last name means “funny” in German. Which is appropriate because one of his boldest cons was to sell the Eiffel Tower…twice. 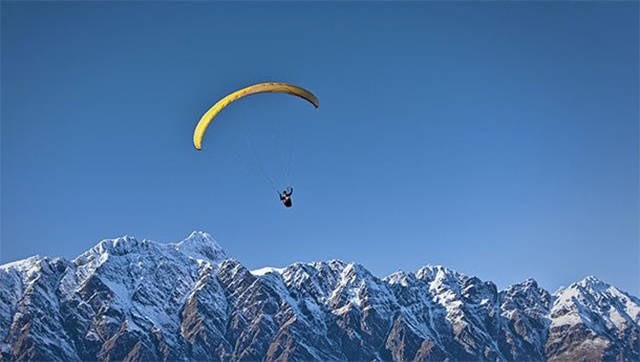 Gerald has been described by Canadian police as being the country’s “most sophisticated” criminal mastermind ever. In perhaps his biggest crime, he parachuted into the  Schönbrunn Palace in Vienna and stole the Star of Empress Sisi (one of Austria’s crown jewels) by replacing it with a fake. After serving time in Canada, he has now started a new career as a security consultant. 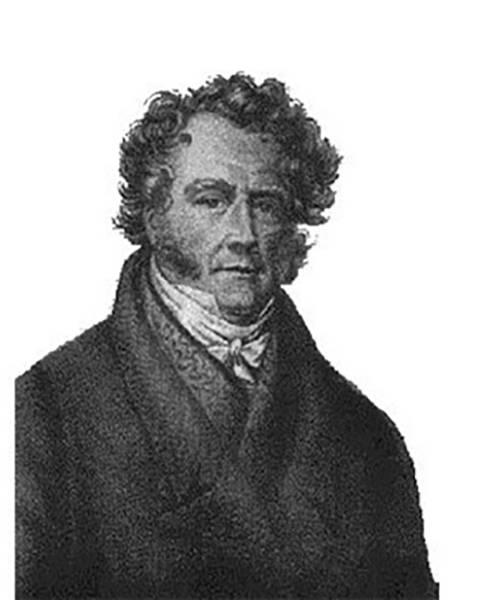 This French criminal turned lawman has been the subject of much public fascination since the 1800’s. Not only was he one of the most creative criminals in France, he eventually became a police informant and even helped start the French police department. He is also often regarded as the first private detective. 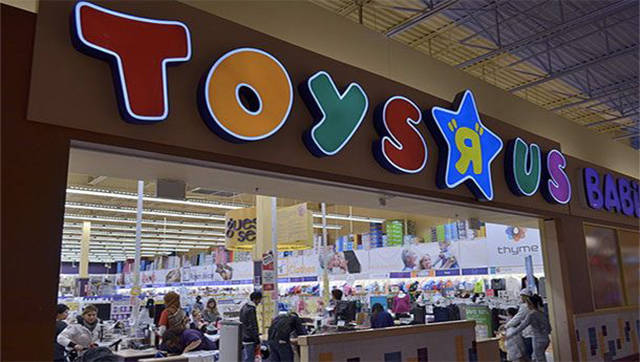 Known as the Toys R Us bandit, Jeffrey escaped from prison and hid out in Toys R Us for several months all while posing as a faithful member of the local church. He even got a girlfriend from the congregation and handed out toys to children (from the toy store of course). After planning another robbery, however, local police were alerted, and his girlfriend ended up turning him in. 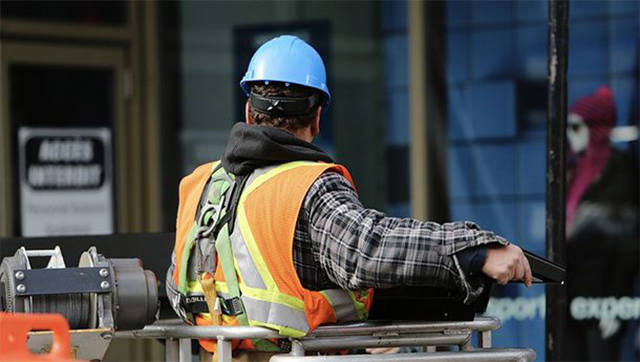 Now a public speaker, Anthony gained national attention in 2008 as the Craigslist robber. When planning his heist at the Bank of America, Anthony put out an ad on Craigslist asking for construction workers. The ad instructed the workers to meet near the bank right around the time of the robbery. Anthony then robbed the bank and fled wearing the exact same construction clothes (which left the police with a confused group of construction workers). He would have gotten away had it not been for a local homeless man who saw the whole thing. 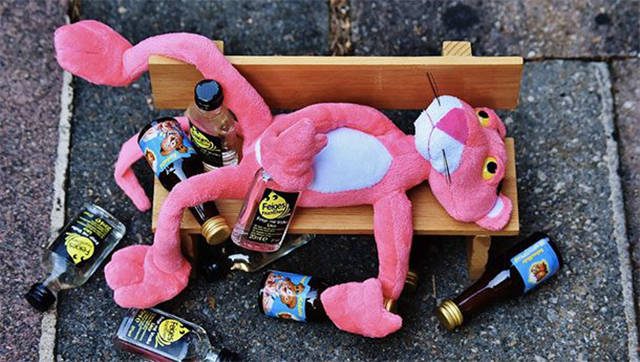 This is the name given by Interpol to a band of Balkan criminals who are responsible for some of the craziest heists in history. In fact, some of their crimes have even been called “art.” Basically, imagine the Italian Job/Ocean’s Eleven in real life. 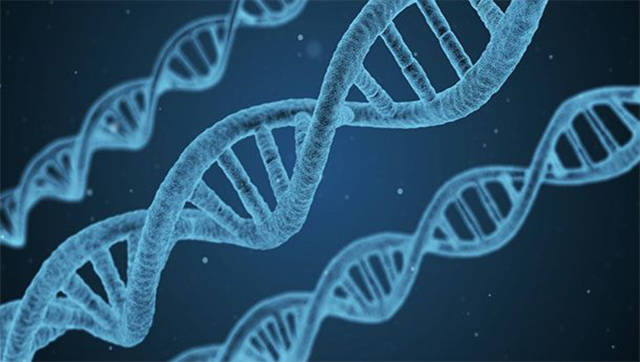 Due to German privacy laws, we don’t know their last name, but that isn’t all that German law protects them from. After robbing the Kaufhaus Des Westens (Europe’s second largest department store), they accidentally left behind a single glove. DNA sampling led investigators to the pair of identical twins, but in Germany each person must be individually convicted. Since police couldn’t determine which brother’s DNA was on the glove, and neither brother was willing talk…the police were forced to let both go free. According to Der Spiegel, it was the perfect crime. 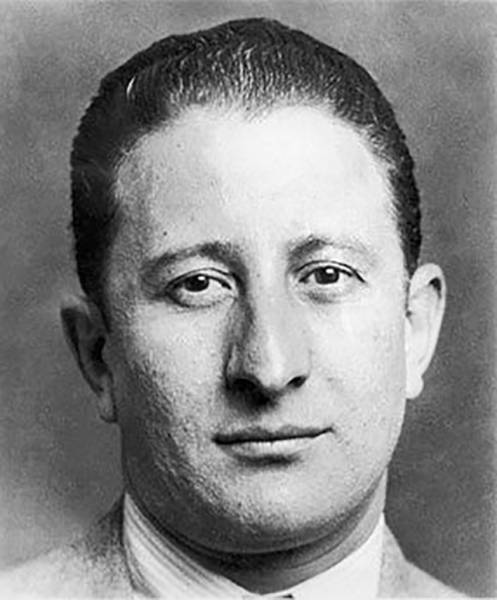 The Godfather himself. He ran the NY mob scene for several years, yet this famous and highly elusive Italian-American mobster never spent a single day in prison…despite the government’s best efforts. 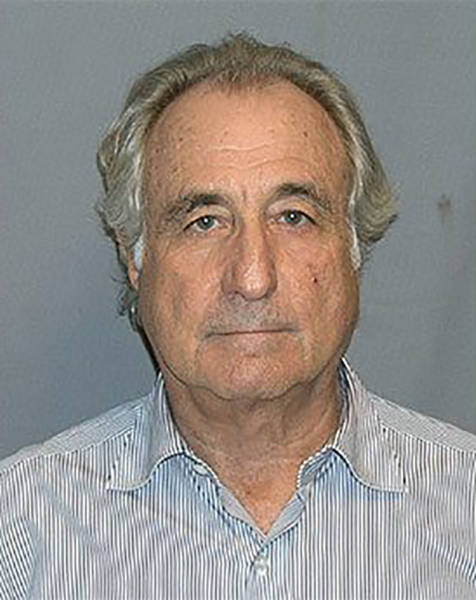 Bernie probably doesn’t need an introduction. He’s the most notorious fraudster in recent memory. His Ponzi scheme is the largest financial fraud in US history (to the tune of over $64 billion dollars). 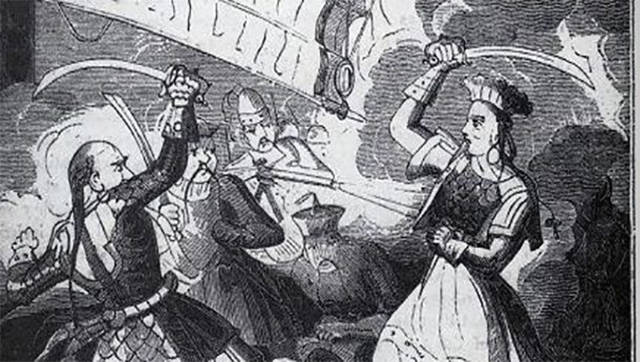 Ching was one of the most prominent pirates in Asia during the 1800’s. She commanded several hundred ships with nearly 40,000 men and was known to challenge entire empires (British, Portuguese, Qing). She was also one of the few pirates to retire and is considered one of the most legendary and powerful pirates in history. 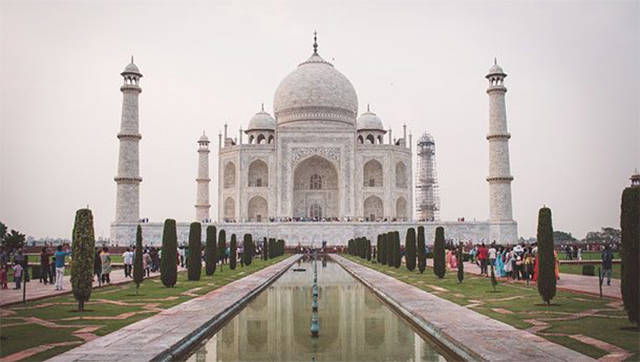 His full name was Mithilesh Kumar Srivastava, and he was a famous Indian con man known for having sold both the Taj Mahal and the House of Parliament not once, not twice, but repeatedly. By the time of his “death” (which remains uncertain), he was wanted in more than 100 cases of forgery and identity theft. 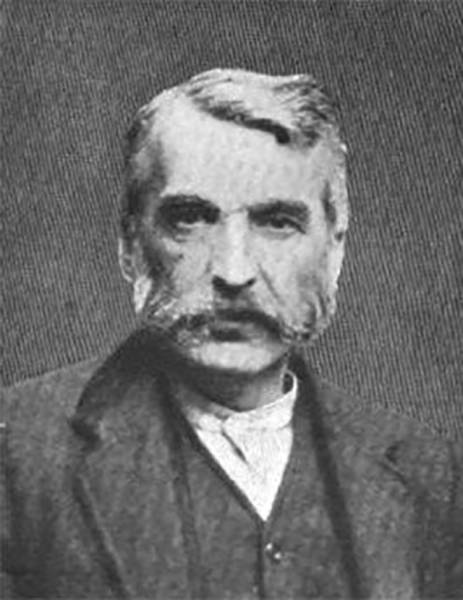 Known as the “Napoleon of Crime,” Adam was the most notorious safe cracker and bank robber in the northeast during the mid 1800’s. He then sailed to England and masqueraded as a wealthy gentleman in order to evade the law. He was eventually caught in Belgium. 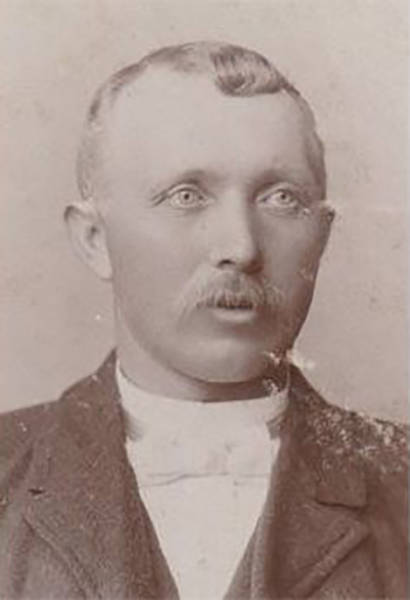 Tom was a man of many talents. His careers spanned everything from army scout to lawman. His most notorious profession though? Outlaw. And even though he wasn’t as well known as Jesse James or Billy the Kid, Tom made a name for himself in the violence department. He was eventually executed by hanging. 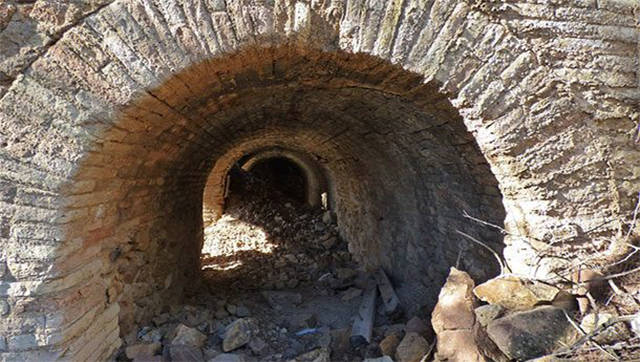 Apart from when Saddam Hussein stole $1 billion from the Central Bank of Iraq, this Brazilian heist is the largest on record at $69.8 million. The thieves rented a property near the bank and then over the next few months, they dug a tunnel straight to the vault. They haven’t been caught. 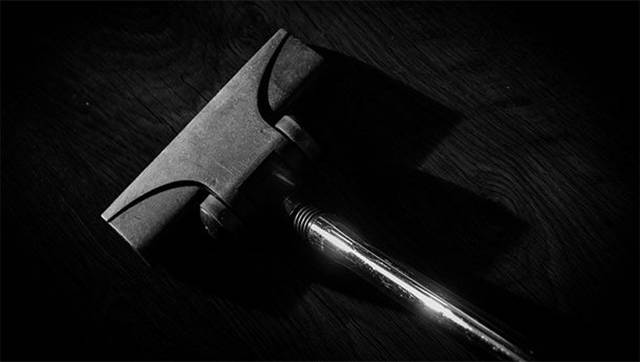 With perhaps one of the most ingenious robbery techniques on our list, the French Vacuum Gang has been stealing hundreds of thousands of euros from local supermarkets. Still uncaught, they drilled holes into the tubes that employees used to send leftover cash to the store’s vault. After drilling the hole they inserted the vacuum, and payday baby! 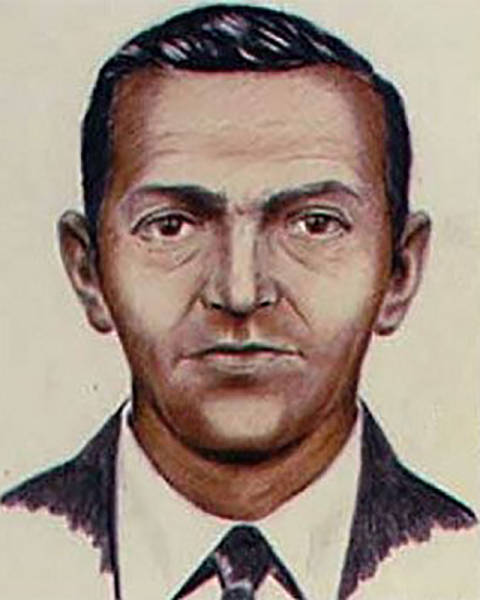 DB Cooper is a name the media used to refer to an unidentified man who hijacked a Boeing 727 mid-flight near Seattle in 1971. He made off with $200,000 in ransom money before parachuting to an unknown fate. The man has never been identified.

Note: His media name came from the fact that he had purchased his ticket under the name of “Dan Cooper.” 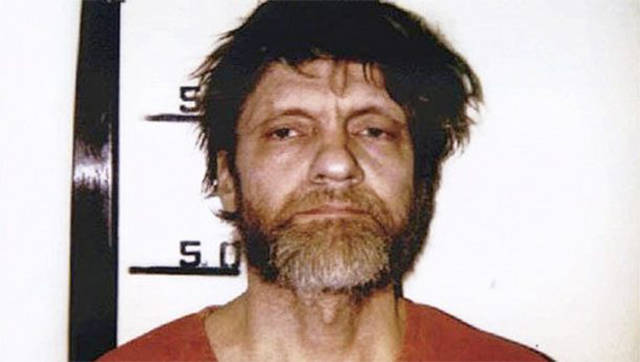 Prior to being a terrorist, Ted was actually a mathematical prodigy. He was accepted into Harvard at the age of 16 and earned his PhD in math from the University of Michigan. 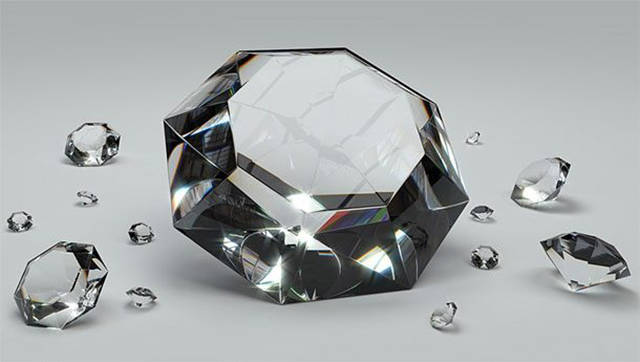 Leonardo is believed to be the mastermind behind the Antwerp Diamond Heist in 2003, which was dubbed the “heist of the century.” He was the only thief to be arrested. He served some time in jail but was then released. The diamonds remain unrecovered and there is some speculation that Leonardo even allowed himself to be caught. If that’s true, he’s now a rich man who can’t be put back in jail for a crime he already served time for. Pretty clever… 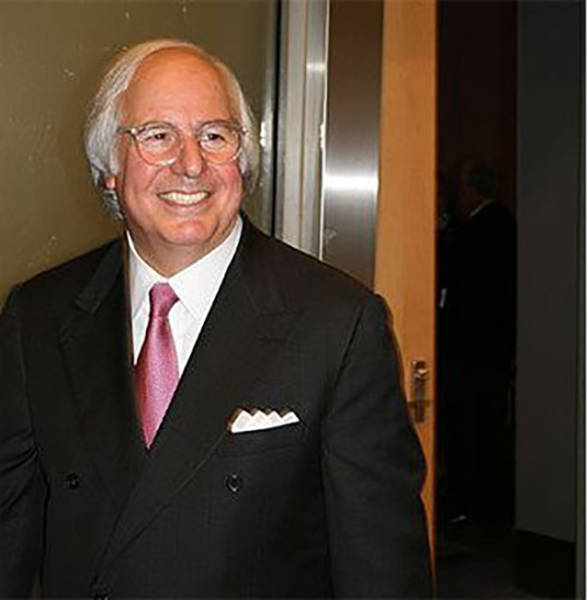 The inspiration behind the movie “Catch Me If You Can,” Frank is one of the most famous impostors in history. Before his 21st birthday, he had assumed the identity of a pilot, a doctor, and a lawyer. He escaped from police custody twice (once from a taxiing plane) before the government hired him to help them identify forgeries and other crimes. Today, he runs a successful financial fraud company. 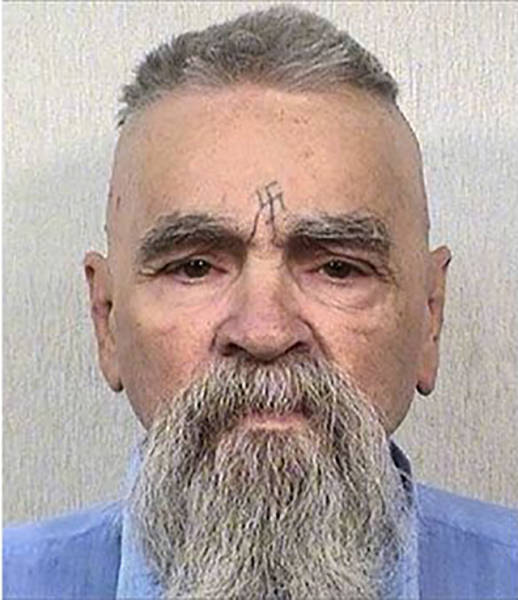 If there was ever somebody who most closely embodied the Joker (he just wanted to watch the world burn), Charles Manson would be it. Using his twisted charm, this songwriter from California managed to create the Manson Family, a cult with which he hoped to start a massive race war. At the end of the day, he was arrested for numerous murders but somehow managed to became a pop culture icon while in jail. It sounds like something not even Hollywood could make up. 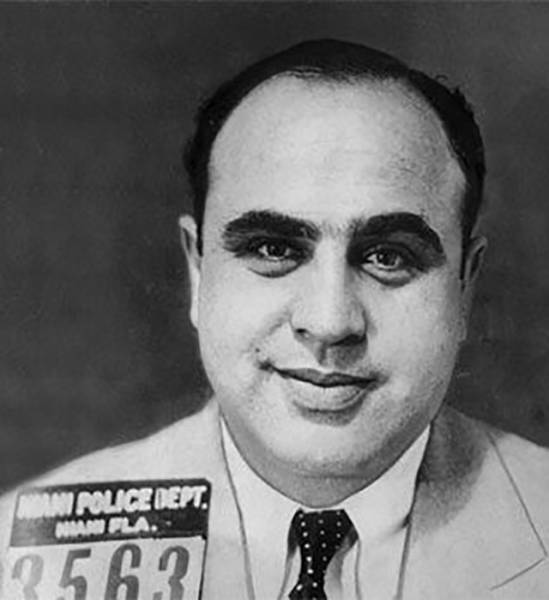 When it comes to public relations, Capone was a master. Up until the St Valentines Day Massacre (where his gang murdered seven members of an opposing gang in broad daylight), he was actually well received by the residents of Chicago. Although his gang name was “Scarface,” the people called him “Robin Hood” and cheered when he appeared at ball games. This perception was apparently because of his donations and support of various local charities.