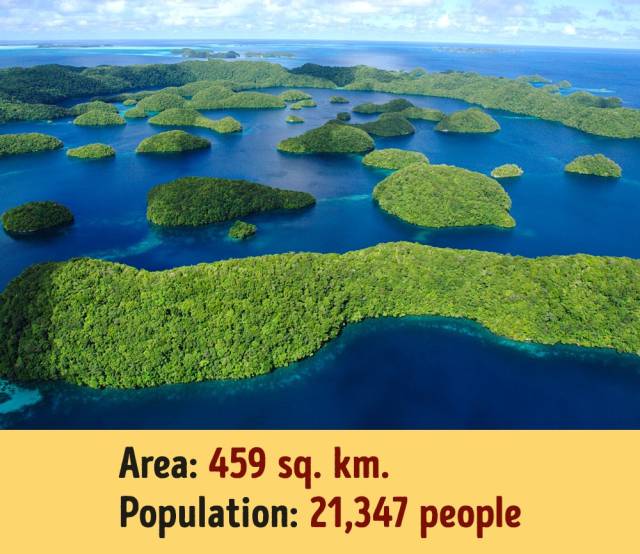 The Republic of Palau is an island country which consists of more than 300 islands of different sizes. Palau is one of the most amazing places on Earth: its rain forests are full of unique plants and birds, and its territorial waters are inhabited by 130 threatened species of shark. But the most remarkable sight in the country is the lake, with over 2 million jellyfish in it. But don’t worry: over time they’ve completely lost their ability to sting. 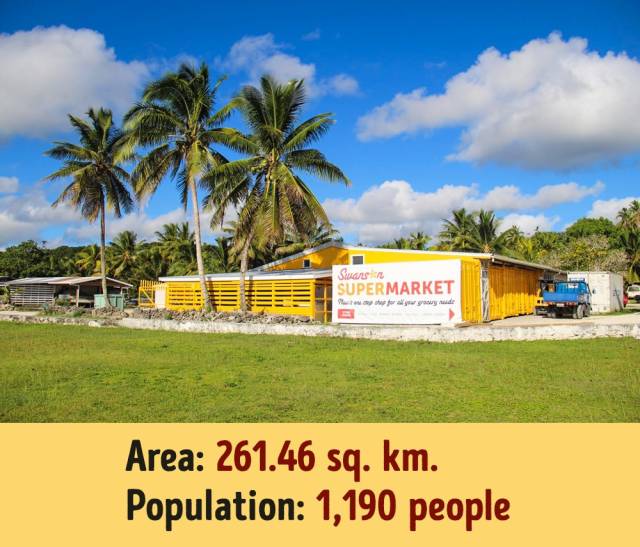 Niue is a tiny island state in Oceania. Despite the truly amazing views, tourism is not popular there. Therefore, the country depends greatly on foreign aid, especially from New Zealand. The capital city is just a small village with a population of fewer than 600 people. But the island has its own airport and a real supermarket — the one and only in the whole state. 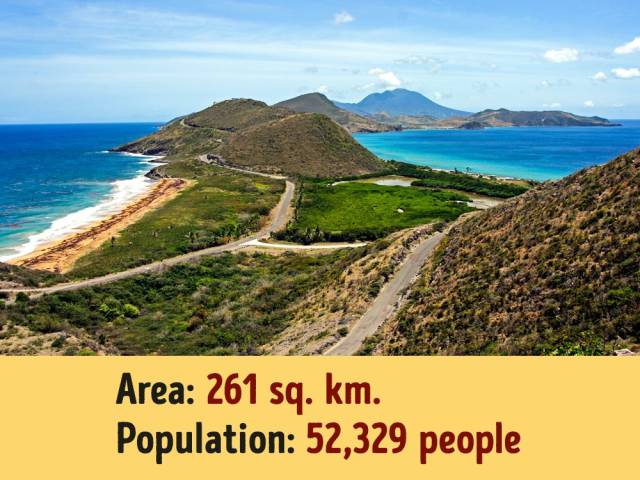 The state consists of two islands: Saint Kitts and Nevis. One of the main sources of income is the economic citizenship program that allows anyone who has at least $250,000 to invest in the local sugar industry and thus obtain the status of a citizen of St. Kitts. Another way of obtaining citizenship is to purchase a property worth no less than $400,000 on either of the two islands.

The Principality of Hutt River
4 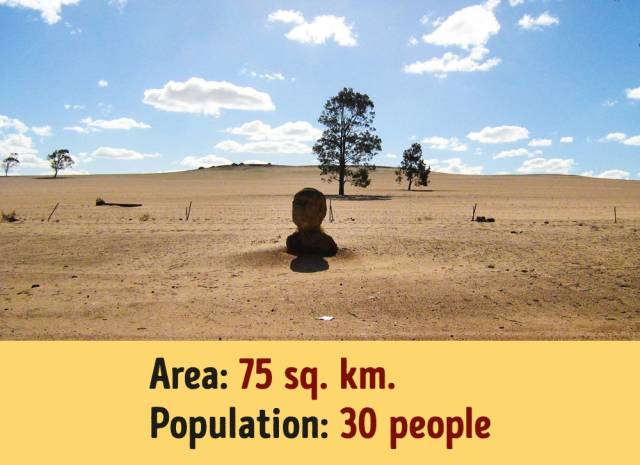 The Principality of Hutt River is a micronation located in the province of the same name in Australia. It was founded by Leonard Casley, who declared his farm to be a new and independent state. Although the country isn’t recognized by any state, it still has its own currency, stamps, and passports. In different parts of the principality, tourists can see the busts of His Royal Highness Prince Leonard I of Hutt. 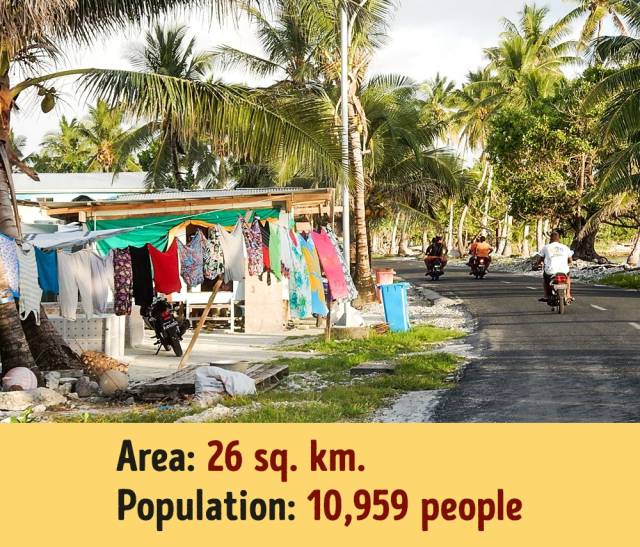 Tuvalu is one of the smallest and poorest countries in the world. The economic situation of the tiny state could be even more disastrous if Tuvalu hadn’t been given the Internet domain .tv, which annually brings millions of dollars to the country’s budget. 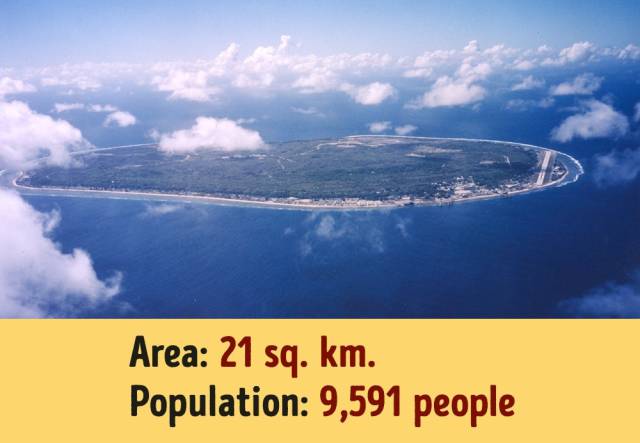 Nauru is the smallest independent republic and the smallest island state on our planet. Nauru has neither an official capital nor public transportation system, and 25 miles of its roads are used by locals driving their private vehicles. Environmental problems make the republic very unpopular among tourists. Another "record" of Nauru is the number of obese people: the obesity rate in the country is more than 70%. 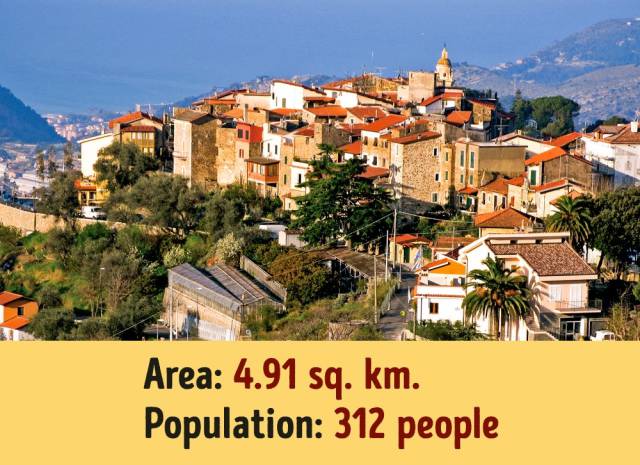 This micronation on the territory of Italy is ruled by His Tremendousness Marcello I. The Principality of Seborga is actually a village of the same name near the French border. The unrecognized state has an army that consists of 3 people: the Minister of Defense and two border guards.

The Republic of Molossia
8 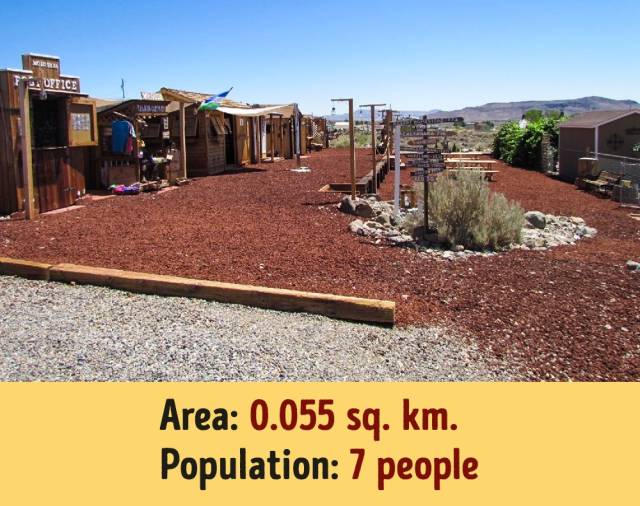 The self-proclaimed Republic of Molossia is a micronation founded by Kevin Baugh, located in Nevada, USA. Its population consists of Mr. Baugh himself, his family, 3 dogs, 1 cat, and 1 rabbit. Molossia has its own national anthem, national emblem, and national flag. They even have the death penalty for particularly serious crimes. It issues its own passports and even has a space program. In May 2017, the Republic turned 40. 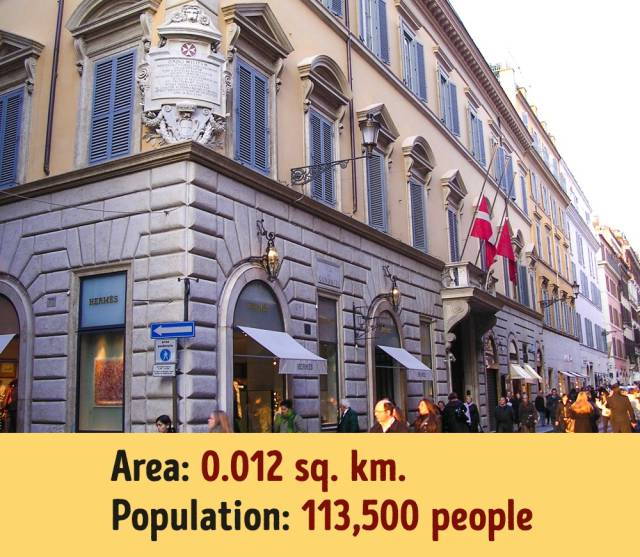 Apart from Vatican City, there is another tiny state on the territory of Rome, which is called the Sovereign Military Order of Malta. Its area is 0.012 sq. km., and it occupies three buildings, two of which are located in Rome and the third one on the island of Malta. The country has its own currency, stamps, website, car numbers, and passports. Its citizens have the right to visa-free entry to several countries around the world. The Sovereign Military Order of Malta is the only country in the world where Latin is the official language.

The Principality of Sealand
10 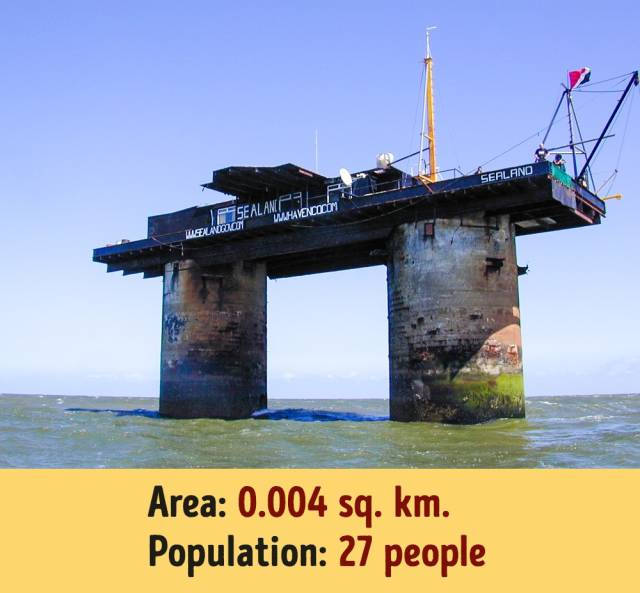 The unrecognized state of Sealand is a sea platform located 6 miles away from the coast of Great Britain. Sealand is governed by a self-proclaimed Prince Regent, and anyone can become a count, baron, or even a duke: one can buy a noble title for a few hundred British pounds on the state’s website.