The latest movie in the acclaimed reboot of the "Planet of the Apes" franchise is its most audacious yet. Showcasing incredible battle sequences and top-of-the-line motion-capture graphics, if you're seeking a more mature summer movie, this is it.

Christopher Nolan's lush look at the Battle of Dunkirk in World War II promises to be as unique as anything the famed director has done. It will also feature the talents of Tom Hardy, Cillian Murphy, and Kenneth Branagh.

"Valerian and the City of a Thousand Planets" - July 21 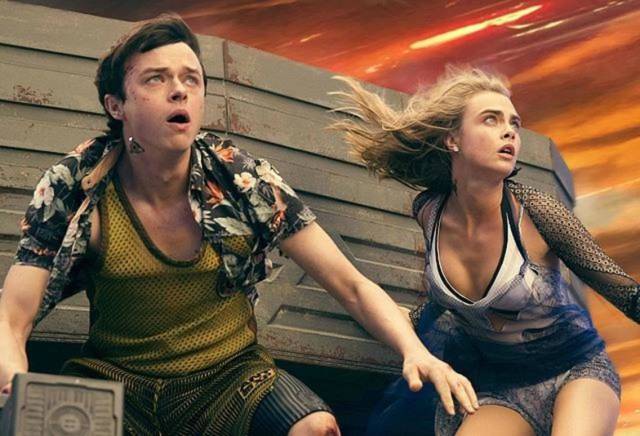 It's the movie Luc Besson ("The Fifth Element") has been dreaming of making his entire life. Based on the famed French comic book, Dane DeHaan ("A Cure for Wellness") and Cara Delevingne ("Suicide Squad") play special agents assigned to saving the universe. Expect Besson's fun character play and lots of strange creatures. 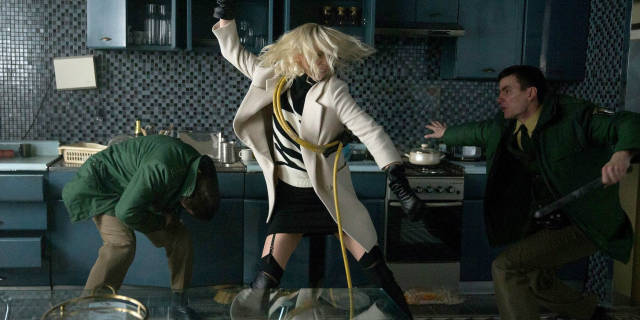 Charlize Theron teams with the director of "Deadpool 2," David Leitch (who is also one of the co-directors on "John Wick"), to create this Cold War spy movie. Theron once more shows she can play the badass leading lady. 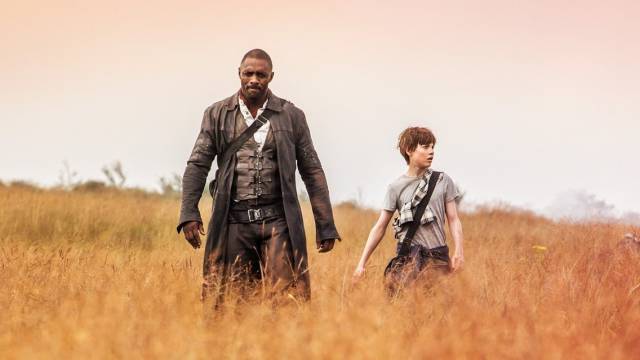 Stephen King's epic book series finally comes to the big screen. With Idris Elba as The Gunslinger and Matthew McConaughey as Man in Black, there's a lot of hype for this one — which also means a lot to live up to.

A hit at this year's Sundance Film Festival, director Matt Spicer captures FOMO to horrific heights. Aubrey Plaza plays Ingrid, who is completely addicted to her Instagram account, especially Insta-famous Taylor (Elizabeth Olsen). This leads Ingrid to move to where Taylor lives in California, trying to befriend her in real life and leading to hilarious (but terrifying) results. 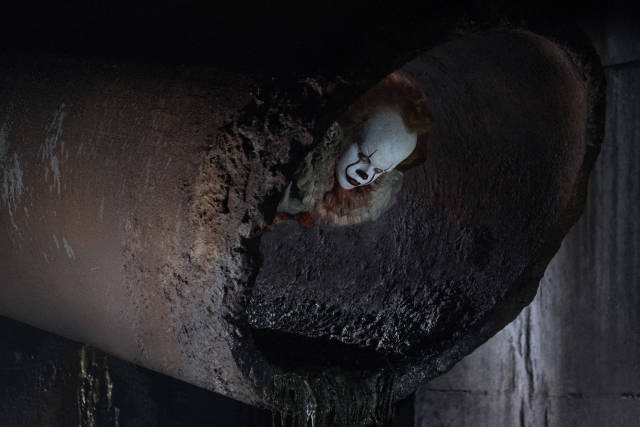 We aren't done with the Stephen King material. One of his most horrific characters ever, Pennywise, will be brought back to life with this most recent retelling of "It." 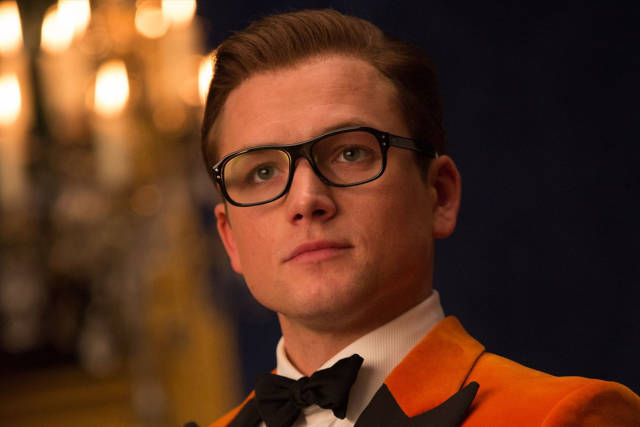 The sequel to the surprise 2014 hit original follows Eggsy (Taron Egerton) teaming with an elite US spy team to take on a new threat. 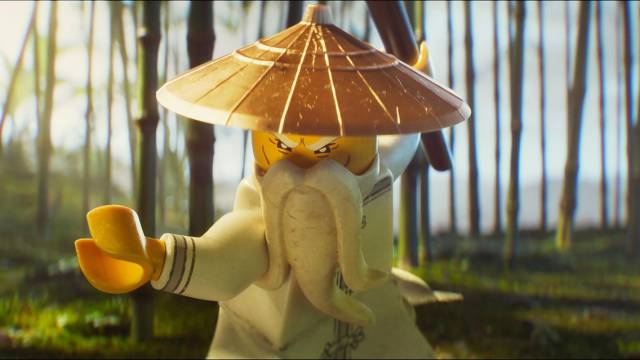 The latest Lego property to get the big screen treatment, the action and laughs will be constant. Talent lending their voices include: Jackie Chan, Dave Franco, Olivia Munn, and Justin Theroux.

Fox Searchlight may be starting the award season buzz early with this one. Emma Stone and Steve Carell play tennis legends Bobby Riggs and Billie Jean King in this look at their epic tennis match in 1973. 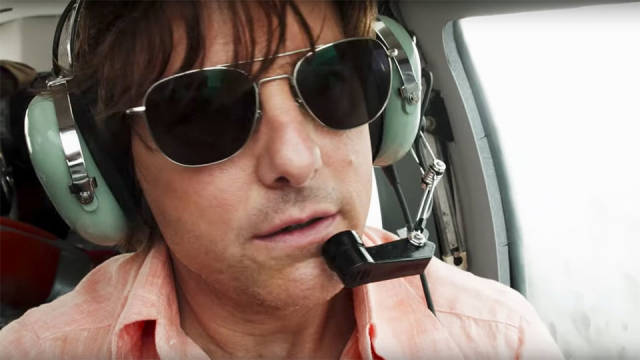 Tom Cruise sheds his superhero persona to play a drug runner in his upcoming movie. Barry Seal became notorious in the 1980s for his dramatic flights for the Medellín Cartel. Director Doug Liman ("Edge of Tomorrow") teams again with Cruise to retell one of America's most infamous characters.

30 years after the events of Ridley Scott's landmark original, director Denis Villeneuve ("Arrival") looks at a futuristic Los Angeles with a new blade runner, played by Ryan Gosling. But to get answers he must search for a legend in the field, Rick Deckard (played once again by Harrison Ford). 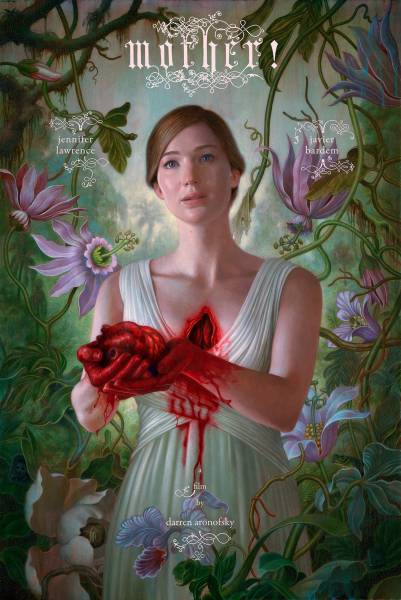 Darren Aronofsky's latest movie looks to be another of his complex thrillers (I mean, just look at the poster!). And he has a great cast to tell it: Jennifer Lawrence, Javier Bardem, Ed Harris, Michelle Pfeiffer, and Domhnall Gleeson. 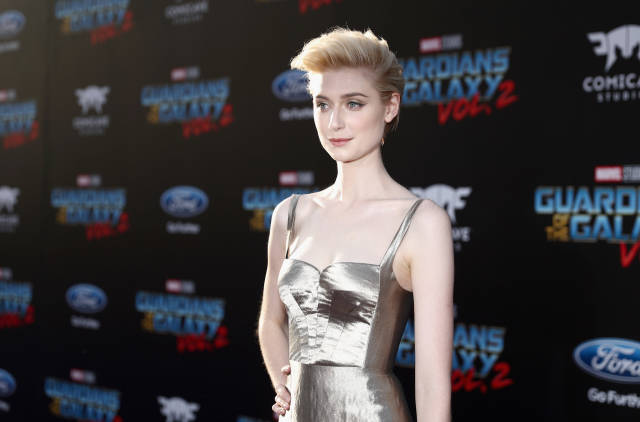 The latest movie in the "Cloverfield" franchise looks to be as shrouded in mystery as its previous ones. But if you want to believe reports, it will be set in space and star Elizabeth Debicki ("Guardians of the Galaxy Vol. 2") and Gugu Mbatha-Raw ("Beauty and the Beast"). 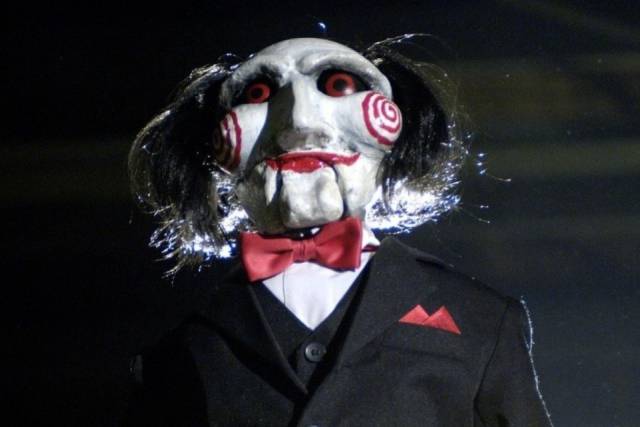 Lionsgate is back at it with the "Saw" movies. This time, though, they are continuing the story with its creepy villain, Jigsaw. 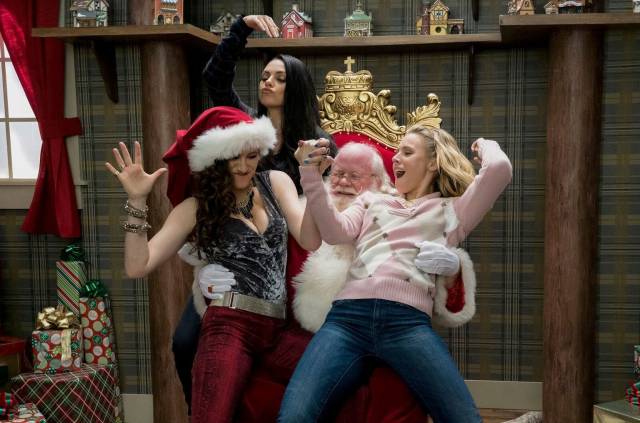 Mila Kunis, Kristen Bell, and Kathryn Hahn return to show that sometimes moms just have to get out the crazy. But this sequel is set over the ever-stressful holidays and features their mothers.

If you've been missed seeing Thor in the last few Marvel movies, prepare to get your fill. Chris Hemsworth returns for the latest movie focused on this Avenger, in which he sets out to save his homeland. Tom Hiddleston returns as Loki and even the Hulk will be showing up.

"Murder on the Orient Express" - November 10 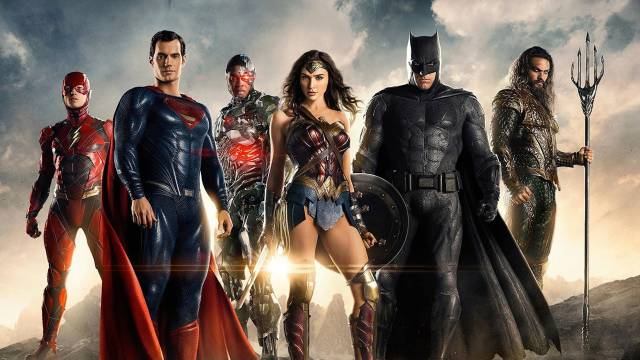 Following the success of "Wonder Woman," DC Films is hoping audiences will be as receptive to the uniting of all the DC Comics legends. Along with Gal Gadot returning as Wonder Woman, there's Ben Affleck as Batman, Henry Cavill as Superman, Ezra Miller as The Flash, Jason Moma as Aquaman, and Ray Fisher as Cyborg. 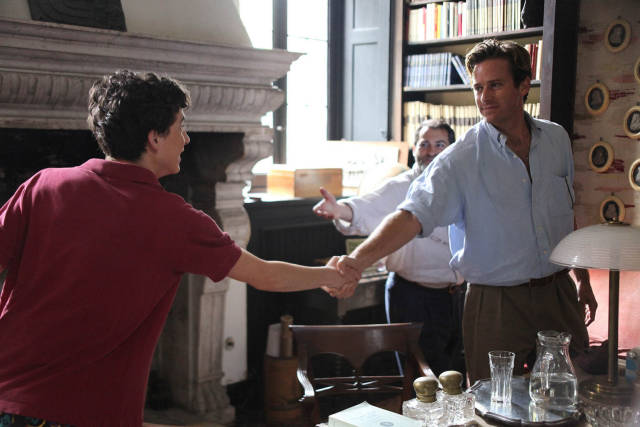 Considered an early contender for Oscars when it had its world premiere at the Sundance Film Festival this year, this drama set in Northern Italy follows an American student (Armie Hammer) who begins a romance with the son (Timothée Chalamet) of the family he's staying with. 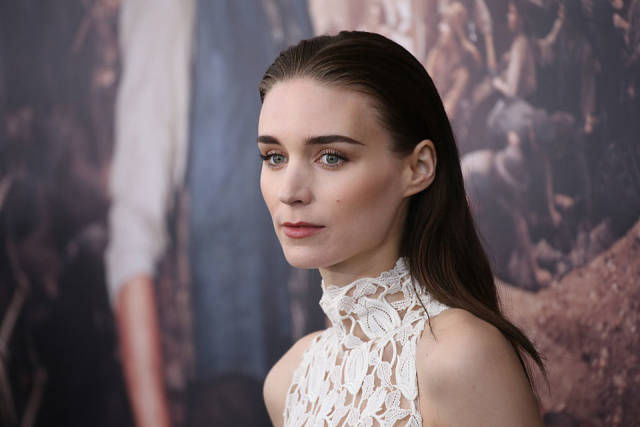 From Garth Davis, the director behind last year's acclaimed "Lion," Rooney Mara and Joaquin Phoenix star in this retelling of one of Jesus' most famous followers.

Pixar's latest movie follows a boy as he experiences a unique family reunion through the Day of the Dead. 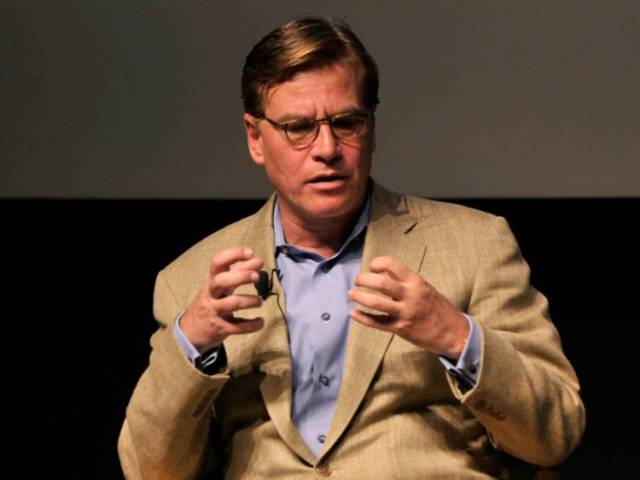 Aaron Sorkin's feature-length directing debut stars Jessica Chastain as Molly Bloom, a former Olympic hopeful skier who finds success (and infamy) when she starts a high-stakes international poker game that catches the attention of the FBI. 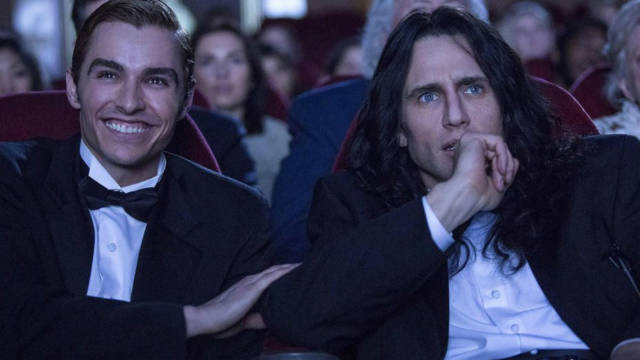 James Franco stars as Tommy Wiseau, the man behind one of the worst movies ever made, "The Room." Also directing the movie, Franco reenacts the making of the movie. Also starring is Dave Franco, Zac Efron, and Seth Rogen. 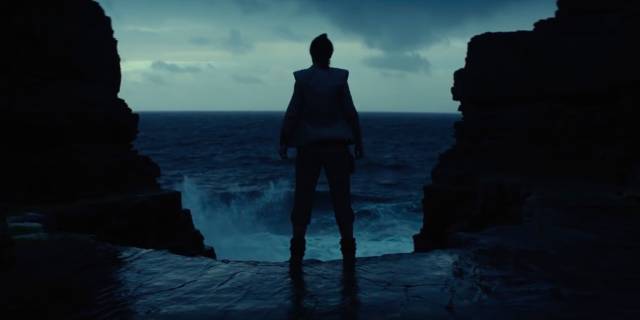 You've likely heard about this one. Rian Johnson ("Looper") is at the helm of the latest episode in the saga. Expect to hear quite a bit more from Luke Skywalker this time around.

"Jumanji: Welcome to the Jungle" - December 20 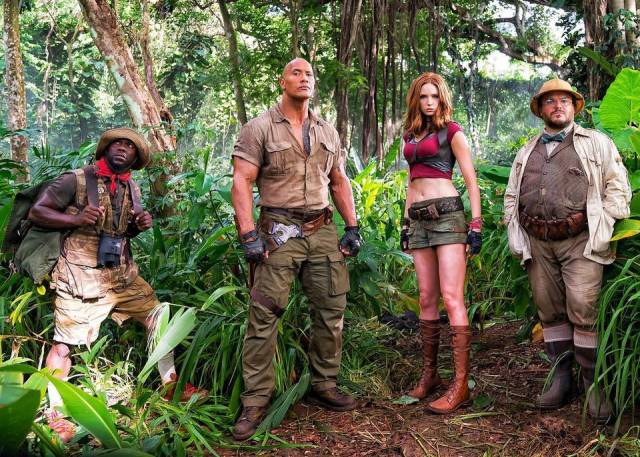 Dwayne "The Rock" Johnson and Kevin Hart reteam after their successful comedy "Central Intelligence' for this reboot of "Jumanji." This time they are video game avatars, along with Jack Black and Karen Gillan, who can only get out of the game by beating it. 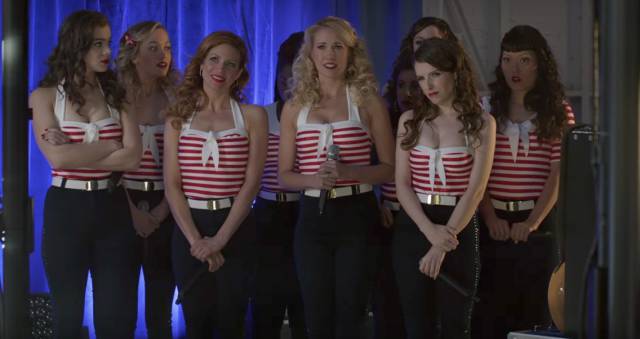 The Bellas return for one last time to prove they still got it. Anna Kendrick, Rebel Wilson, Anna Camp, Brittany Snow, and Hailee Steinfeld all return. 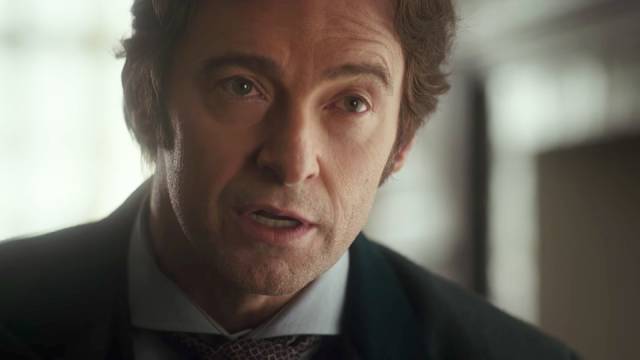 Hugh Jackman plays P.T. Barnum in this look at the creation of show business, and the Barnum & Bailey Circus. 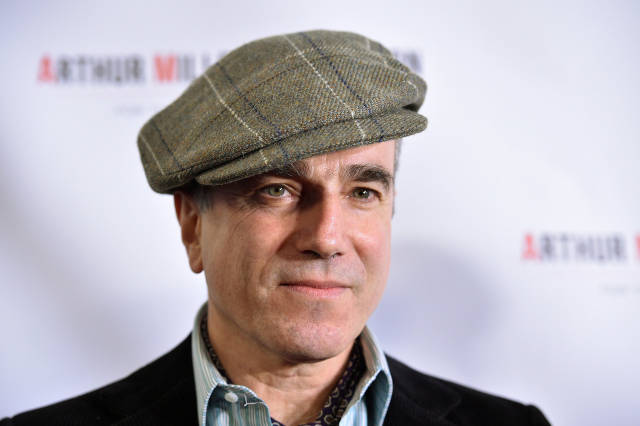 Reported to be Daniel Day-Lewis' final acting performance, Anderson's latest movie is set in the 1950s fashion world of London where Day-Lewis' character is a dressmaker for the royal family.