These Kids Horrified Everyone From The TV Screen Some Time Ago, But Now They’re Hardly Recognizable (23 pics)

John Franklin: Children of the Corn, 1984 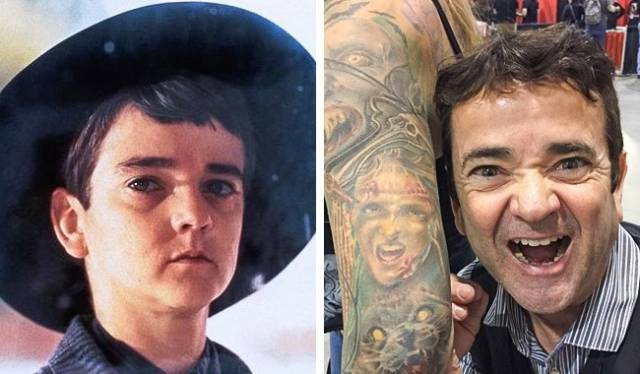 The part of Isaac Chroner in the screen adaptation of a novel by Stephen King was the most successful in John Franklin’s career. Until recently, Franklin taught English, but in 2015 he quit and decided to get back to acting.

Lindsey Haun: Village of the Damned, 1995 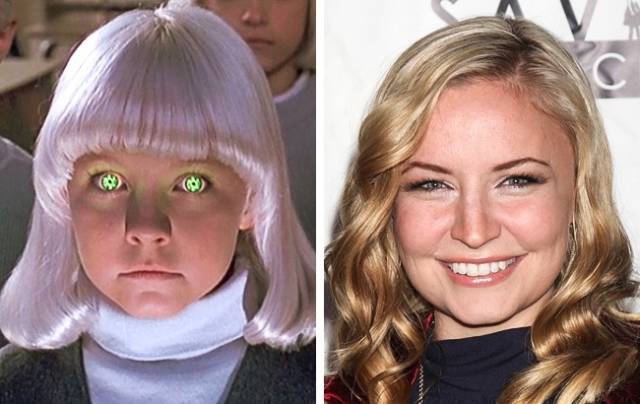 Even though Village of the Damned wasn’t particularly successful, it can safely be called one of the eeriest movies about killer children thanks to Lindsey Haun who played the children’s leader, Mara Chaffee. Today Lindsey still acts in movies and also writes soundtracks. 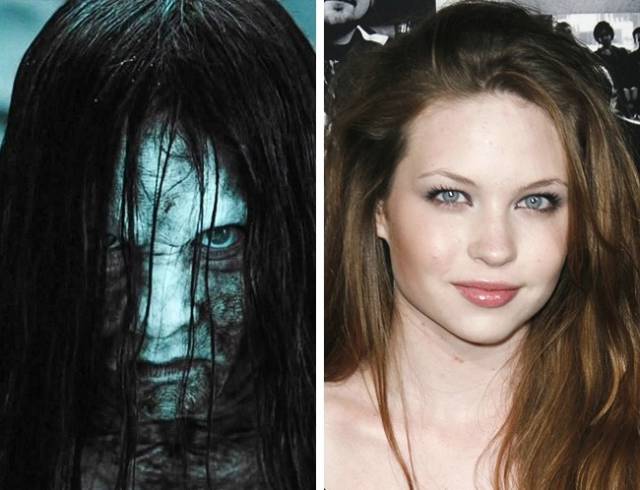 Daveigh Chase (Samara Morgan from The Ring) kept her acting career going after the famous horror movie. On top of that, Daveigh sings and voices cartoons. In her free time, she enjoys riding. 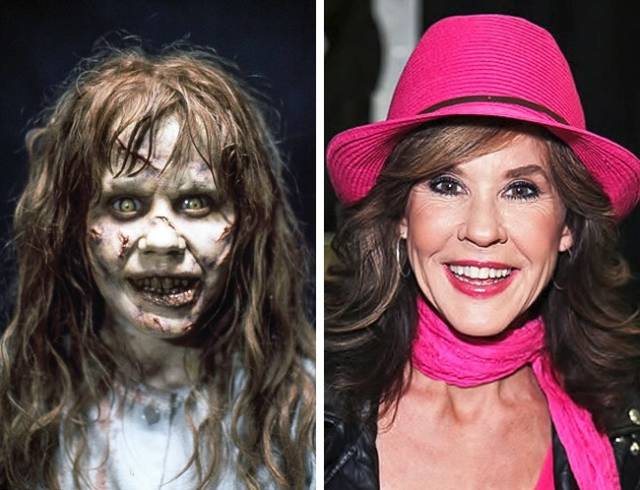 Linda Blair received a Golden Globe award for the role of possessed girl Regan MacNeil. Her career wasn’t very successful after this, though: she was nominated for a Golden Raspberry 6 times. In 2006, she briefly appeared in Supernatural. 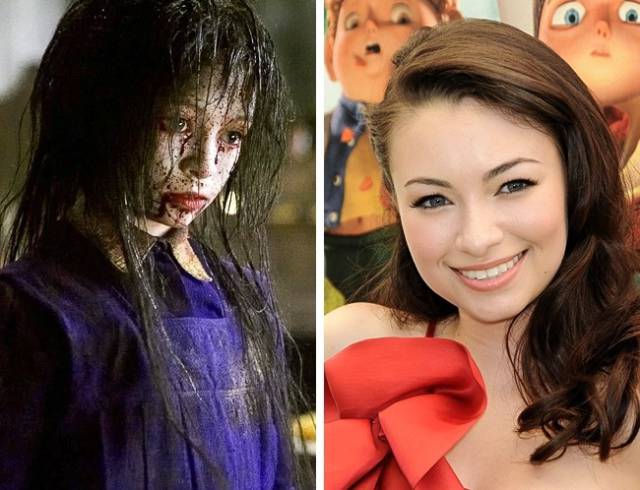 Jodelle is known not just for the role of Sharon and Alessa in Silent Hill: in 2009, she starred in another horror movie, Case 39. Since 2015, she has been working on the science fiction series Dark Matter. 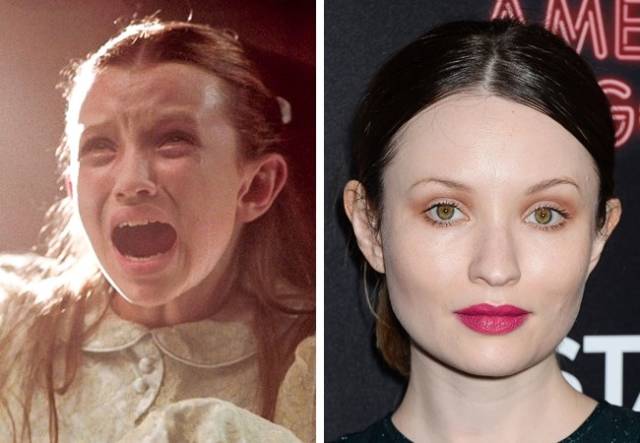 The part of Katie Harwood in Ghost Ship is one of many on Emily’s record. In addition, she once declined an audition for the role of Bella Swan in Twilight. Today Emily Browning makes music and stars in the series American Gods. 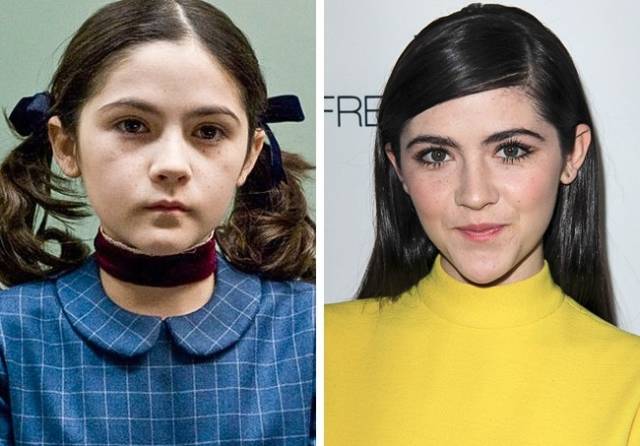 The role of the infernal girl Esther was one of the first ones in Isabelle’s career and made her a celebrity. In 2012, she appeared in The Hunger Games and then in the movie Cell (2016), based on a novel by Stephen King. 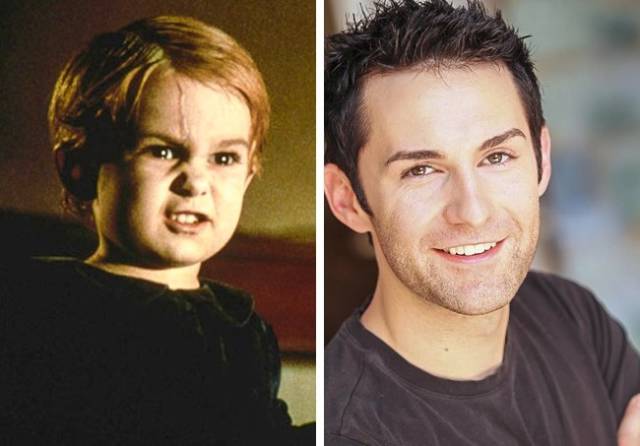 The role of Gage Creed that initiated Miko into cinema is not the only one in his filmography. He appeared in the series Melrose Place and Beverly Hills, 90210, but never made a successful career. 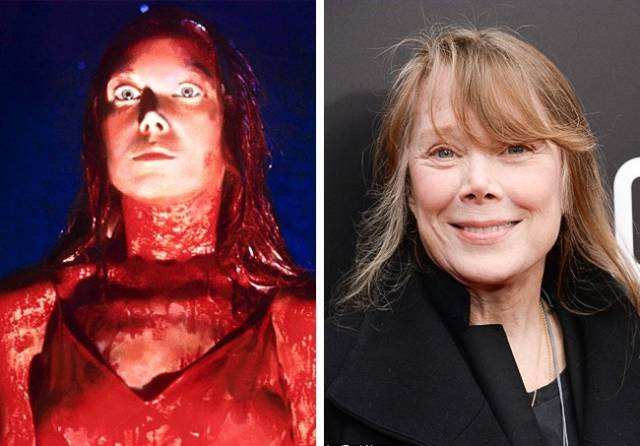 Sissy Spacek, who played Carrie in the eponymous adaptation of Stephen King’s novel, received an Oscar and 3 Golden Globes during her career. In recent years, she rarely appears before the camera. Among her last works were the film The Help and the series Bloodline. 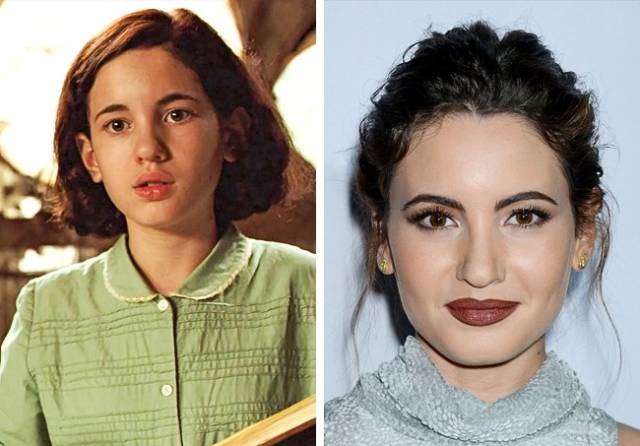 For the role of Ofelia, the Spanish actress Ivana Baquero was selected from 1,000 contenders. What’s interesting is that the script had to be rewritten for her, since the original character was supposed to be 3 years younger. Currently Ivana stars in the TV series The Shannara Chronicles.

Kirsten Dunst: Interview With the Vampire, 1994 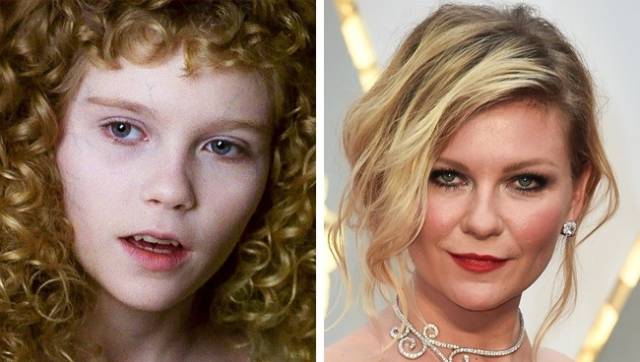 The role of Claudia in Interview With the Vampire was a starting point for Kirsten Dunst’s successful career. She has been nominated for an Oscar and Golden Globe and has made over 80 appearances in cinema. Apart from filming, Kirsten is actively engaged in charity. 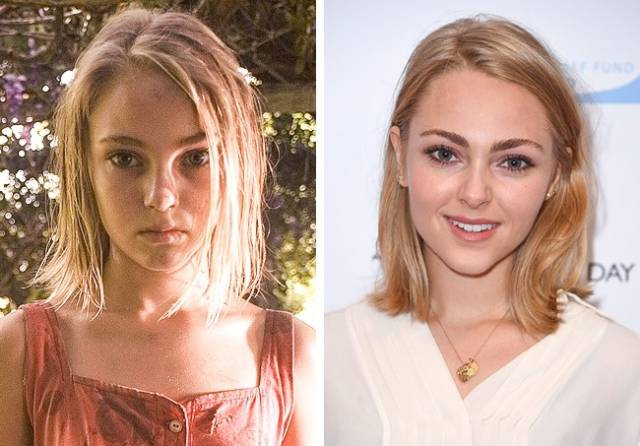 The part of Loren McConnell wasn’t the first success for AnnaSophia Robb who also performed in Charlie and the Chocolate Factory. Today she continues to act in movies and also studies at New York University. 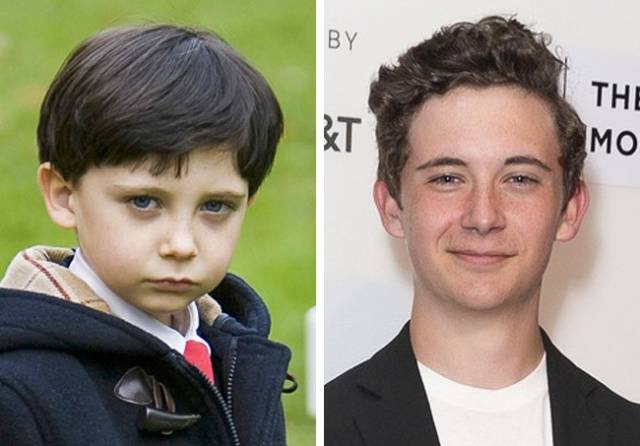 The young actor who played Damien in the sequel of the classic Omen from 1976 wasn’t aware that he was portraying the son of the Devil. Today Seamus is pursuing an acting career but works mainly in TV series.

Cody Dorkin: Village of the Damned, 1995 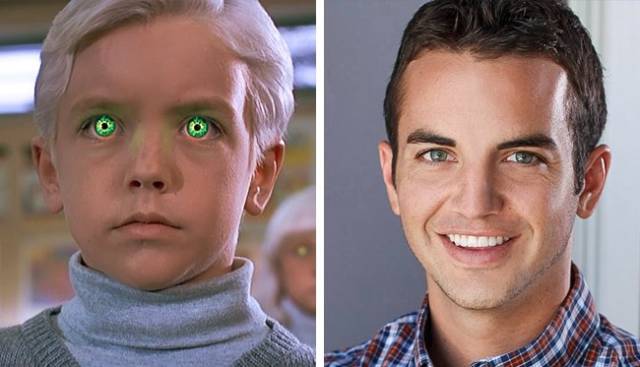 Another young character from Village of the Damned (he played Robert) who did not become an actor. But his life is still directly related to cinema: Cody Dorkin owns a cinema studio and searches for young talent.

Louise and Lisa Burns: The Shining, 1980 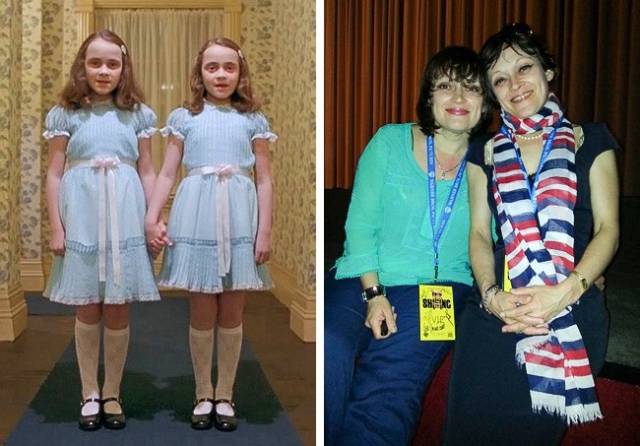 Lisa and Louise, who played the Grady twins at the age of 10, never acted in films again. Moreover, they believe that the role had a negative impact on them since several schools turned their applications down because of shooting. However, that did not stop Lisa from becoming a lawyer and Louise, a scientist. 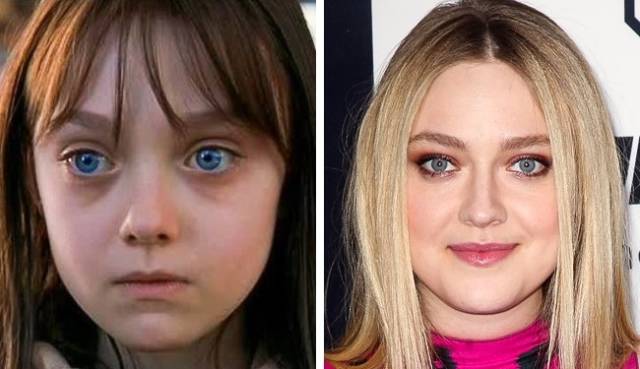 The part of Emily in Hide and Seek is in no way at the top of Dakota Fanning’s record. Today the actress is only 23, but the list of her films and awards is rather impressive. Apart from acting, Dakota works as a model and presents collections of famous fashion designers. 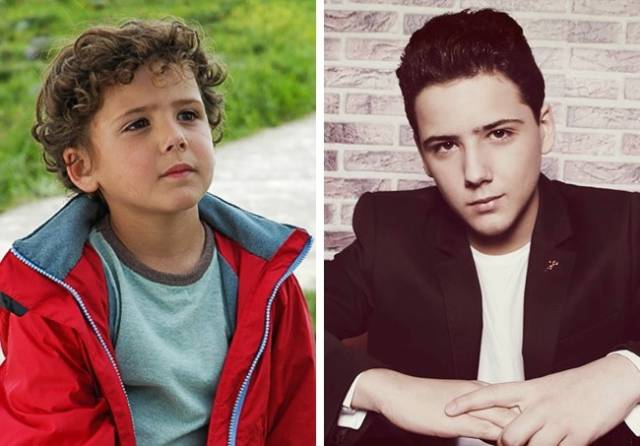 Roger played Simón in the Spanish movie The Orphanage that received 7 Goya Awards. He is now pursuing a career in acting. 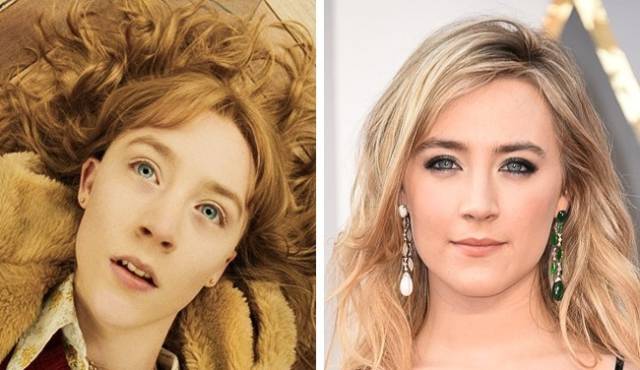 In Lovely Bones, Saoirse played the part of Susie, a girl killed by a maniac. Her career is going fairly well: besides numerous nominations for this role and others, the actress received several BAFTA and Golden Globe awards. 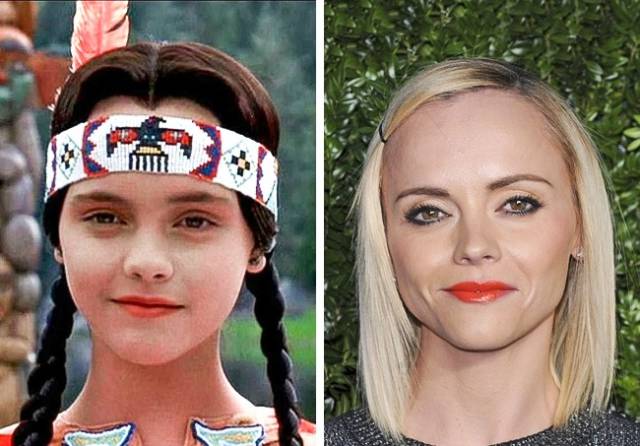 Playing the gloomy Wednesday Addams made Christina Ricci one of the most popular teen actresses of the early ’90s. Despite the fact that she doesn’t have an education in acting, her filming career is going very successfully, and in 2015 she landed the main part in the series Z: The Beginning of Everything. 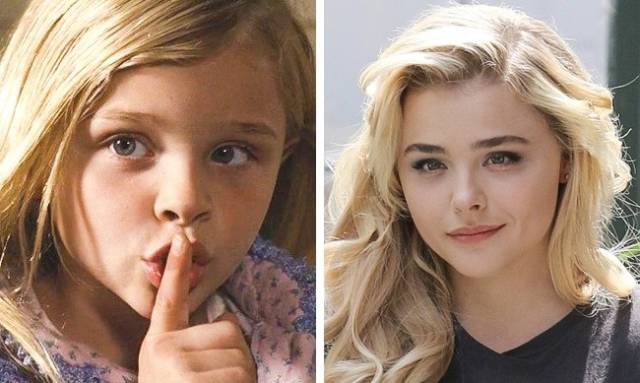 Her first success in acting came to Chloë after the role of Chelsea in The Amityville Horror, which became the starting point for her career. Among her works is the role of Carrie White in the remake of the 1976 movie Carrie, as well as numerous TV series. 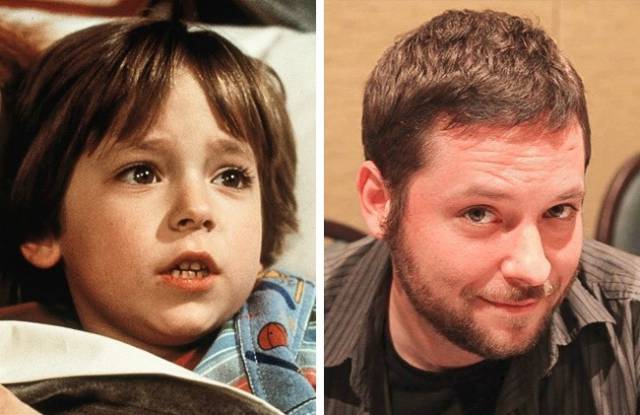 The role of Andy Barclay in the movie about the deadly Chucky doll is the most notable in Alex Vincent’s cinema career. Besides the 1988 movie, he also appeared in sequels that came out in 1990 and 2013. 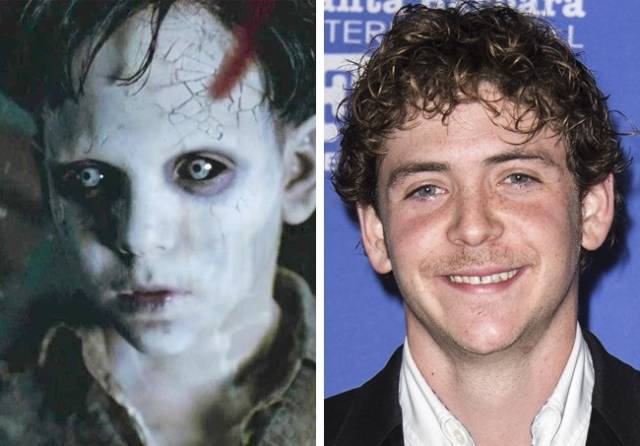 In The Devil’s Backbone, Junio Valverde played the ghost of Santi, a boy who died several years before the events of the film. He is still acting: there are roles on TV, feature films, and short films on his record. 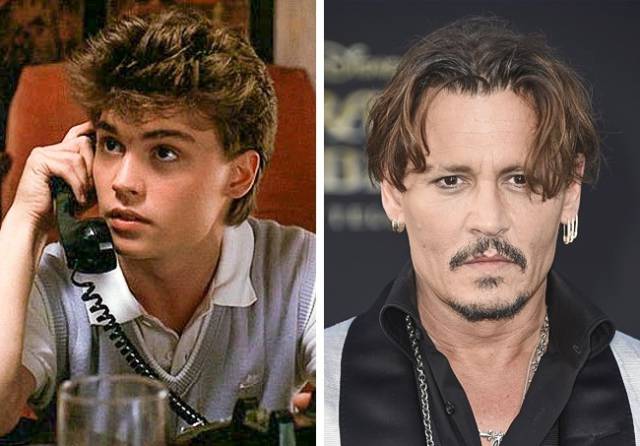 Johnny Depp’s career started with one of the most popular horror movies of all time, A Nightmare on Elm Street. In the 1984 film he played Glen Lantz, one of the teenagers who fell victim to Freddy Krueger.