Some Deep Facts About The Ocean (25 pics)

Most of the ocean is pitch black 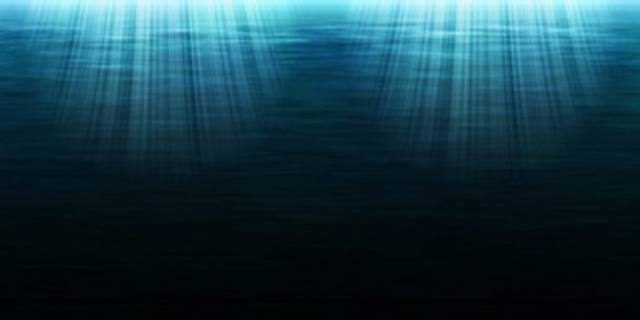 Light can only travel 200 meters down in the ocean. Everything below that point is totally dark and called the Aphotic Zone.

95% of the ocean remains unexplored 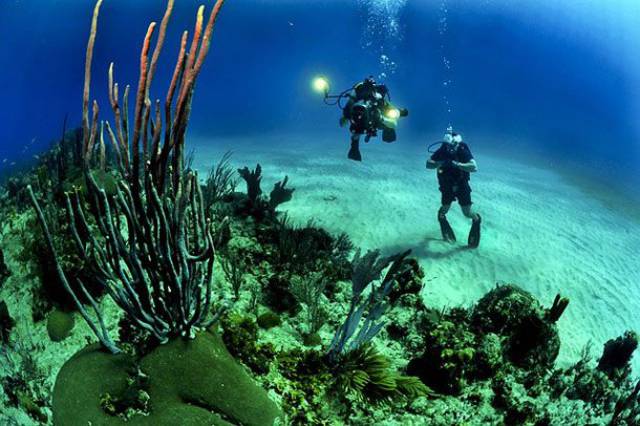 Despite being the life blood and largest area on Earth, 95% of the ocean remains unexplored. Meaning we haven’t even come close to discovering what lurks beneath the surface.

The ocean can crush you 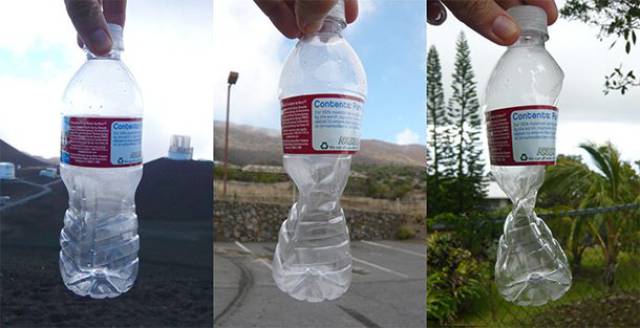 The deeper you go into the ocean the more water pressure pushes against your body, eventually crushing your internal organs. While we don’t know exactly the point where humans can’t dive, deep sea divers have reached far depths but have been known to cough up blood after coming back up, indicating their lungs were being crushed under the enormous pressure. 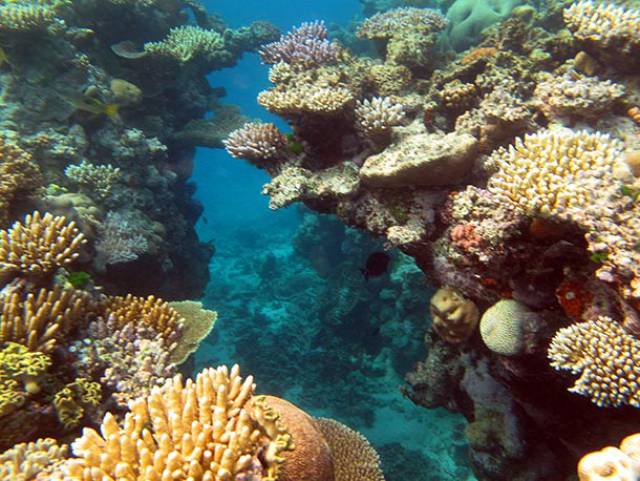 Most of the ocean is full of sea life, including the plants, ocean reefs, and sea creatures. They’re all out there, growing, spreading, and waiting for food to come their way. So, when you’re out swimming, you’re among the living. 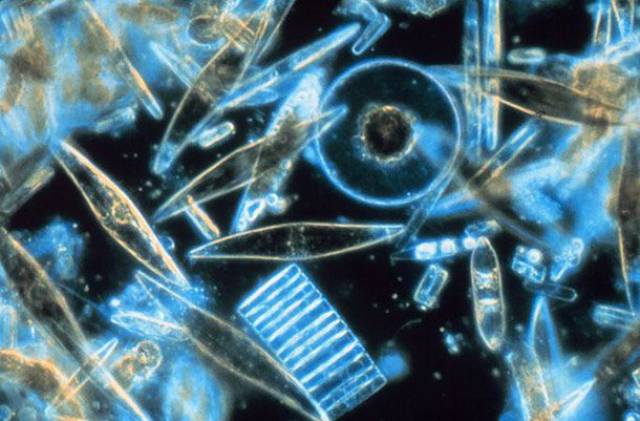 Of the ocean’s many living things is bacteria. The ocean is home to thousands of bacteria and viruses. Many are harmless but depending on what ocean you’re swimming in (more specifically what city), you could contract skin rashes, hepatitis, or staph infections.

The ocean has 8 million tons of garbage 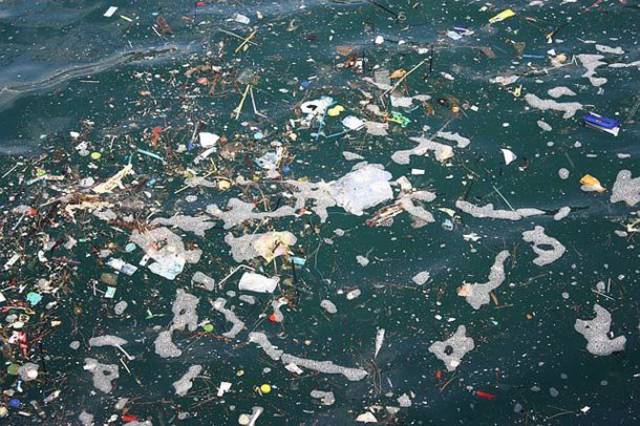 A big reason for all the nasty bacteria is due to human waste and contamination. In 2010, scientists estimated around 8 million tons of garbage floating in the ocean. Unless the world finds a way to control the pollution, it could increase tenfold.

The eerie sounds of the deep 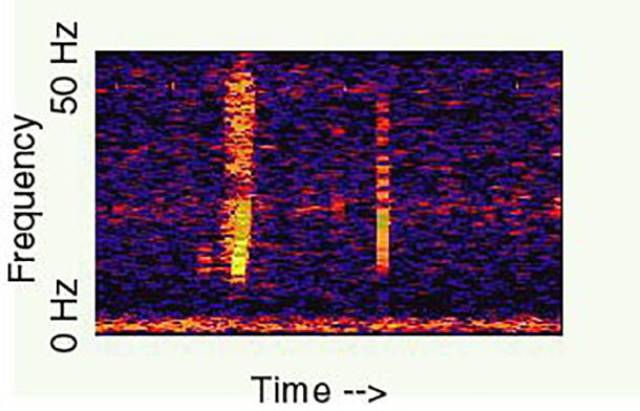 Scientists monitor sounds in the ocean and they’ve discovered some truly bizarre and eerie noises. While you might think the ocean depths would be silent, the deep sea is actually rather noisy from natural and man-made forces. Most sound sources are easy for them to determine. However, once in a while, they’ll hear abnormal noises like “The Bloop” that continue to baffle them to this day.

The ocean could power our homes 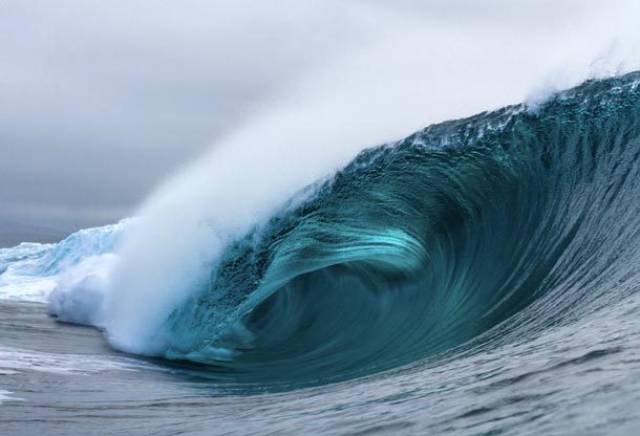 If we could capture just 0.1% of the total of the ocean’s kinetic energy caused by tides, we could meet the world’s energy demand five times over. 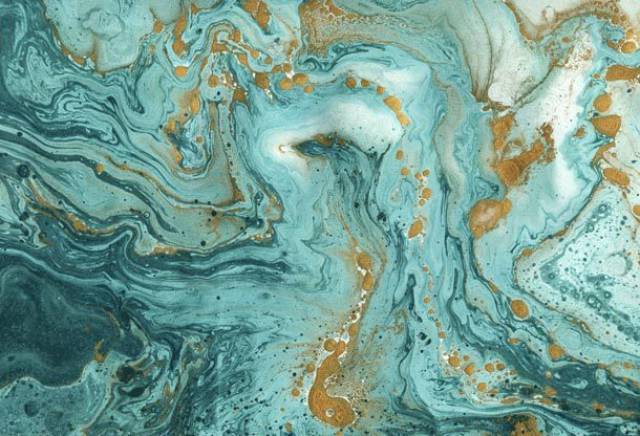 The world’s ocean waters contain nearly 20 million tons of gold! However, the gold is diluted and there currently isn’t a cost effective method of mining it.

In the ocean, you could be mistaken for bait 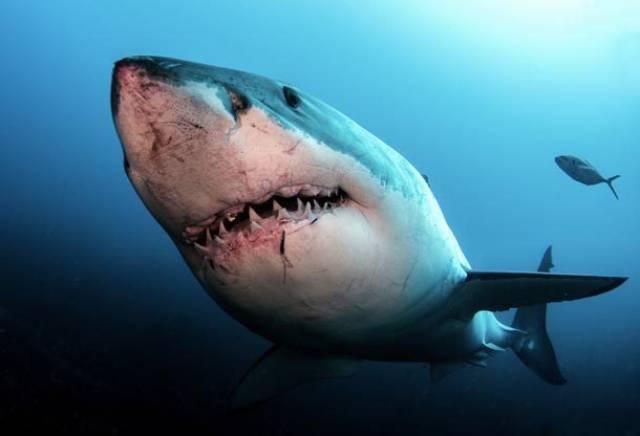 Every year, sharks come closer and closer to the ocean shores, including the notorious great white shark. Like any predator, sharks go where the food is and while humans are not normally part of their menu (they prefer seals), they could easily mistake you for something that is on their menu.

People disappear in the ocean all the time 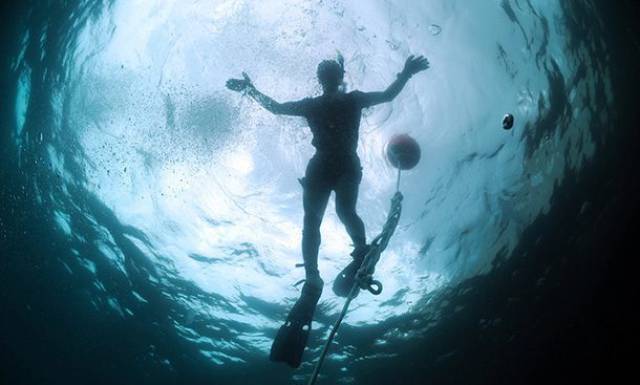 We lose things in the ocean all the time. With the vastness of the ocean and most of its depths unexplored, it’s only natural that humans would go missing. This is especially true of cruise liners with over 165 people missing. Maybe some were kidnapped or others tossed overboard? No one really knows. 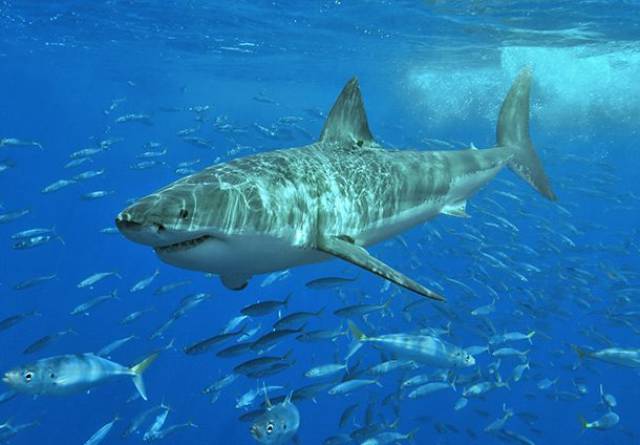 Most great white sharks hunt in shallow parts off the coasts of Hawaii and California. But once every year, at a certain spot between Hawaii and North America, great white sharks converge. Scientists call it the White Shark Cafe. What makes it even more terrifying is we don’t even know why. Some have speculated it is a mating ritual. However, they also are known to go down to extreme depths which is unlike them. This created the theory they go there every year to feast on giant squid. Either way, it’s a little creepy. 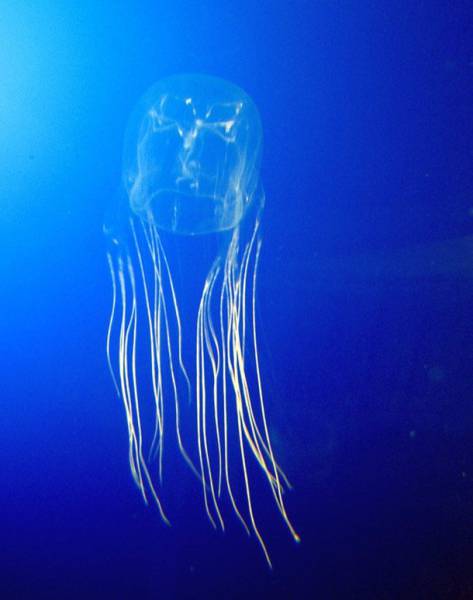 While sharks might freak you out, they’re not nearly as dangerous as another creature lurking in the ocean-the box jellyfish. This creature’s venomous sting packs quite a wallop. To put it in perspective, you have a better chance of surviving the bite of a black widow spider than a box jellyfish. What’s worse is that box jellyfish stings are not that uncommon. More people die every year from their sting than shark attacks. 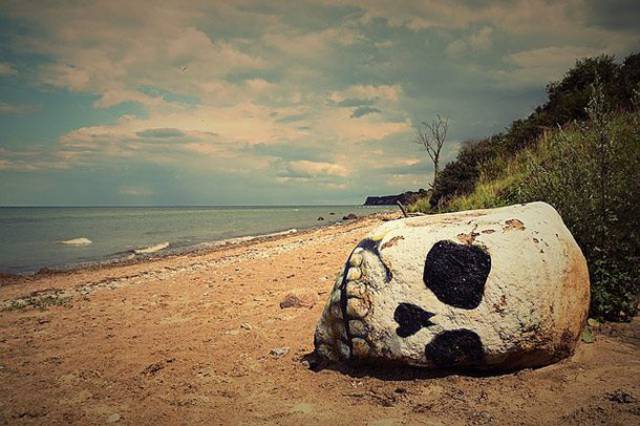 From shipwrecks to airliner crashes, tons of human bodies have ended up in the ocean. We don’t know much about what happens to their bodies after they die. But we know they’re there. And thinking about that while splashing around with your family at the beach is kind of a sobering thought.

86% of ocean species are still unknown 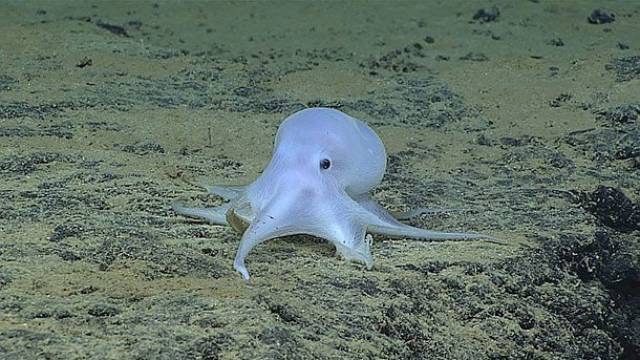 Back to the fact that the ocean is mostly unexplored and mysterious, that includes the species living inside the ocean. Scientists estimate that 86% of ocean species are still unknown.

It's home to the largest mountain range 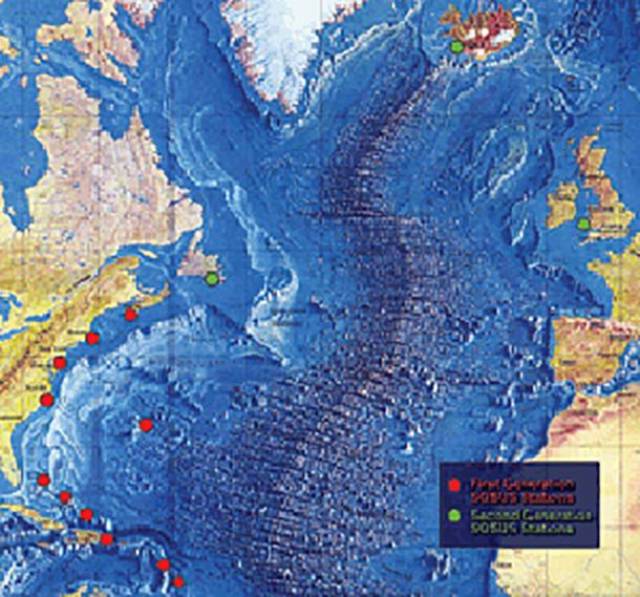 We once thought the giant squid was a myth 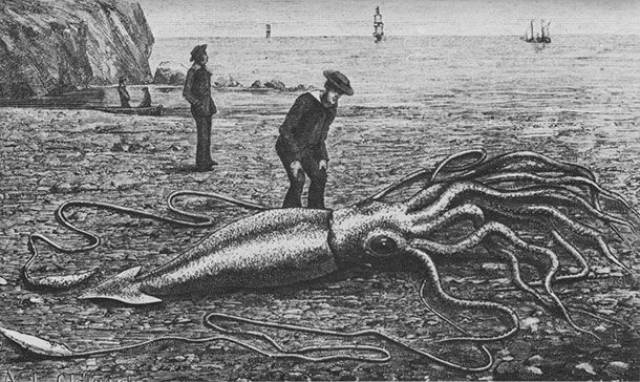 For ages, scientists believed the stories of giant squids living in the ocean was a myth. However, just recently in 2013, we caught live footage of a giant squid, turning myth into reality.

The U.S. Army has dumped nasty chemicals into our oceans 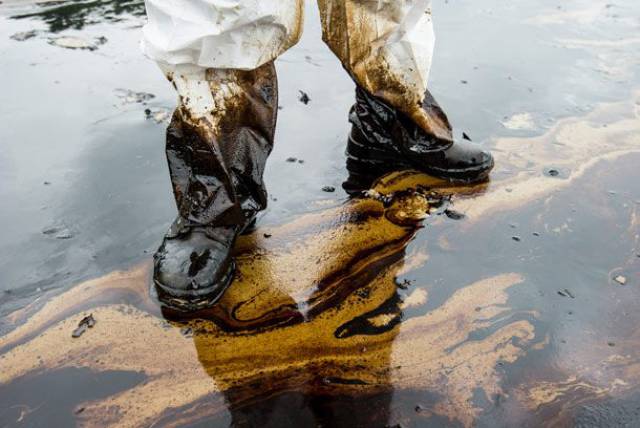 The U.S. Army has admitted to dumping 64 million pounds of nerve and mustard gas agents along with 400,000 bombs filled with chemicals, landmines and rockets, and over 500 tons of radioactive waste. 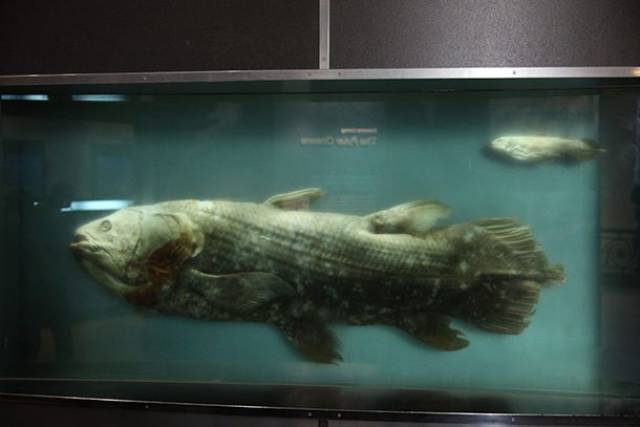 There are creatures living in the deep ocean that were alive 65 million years ago. For instance, the coelacanths were once thought to be an ancient extinct species of the Cretaceous period until one washed up in 1938.

The ocean helps us breathe 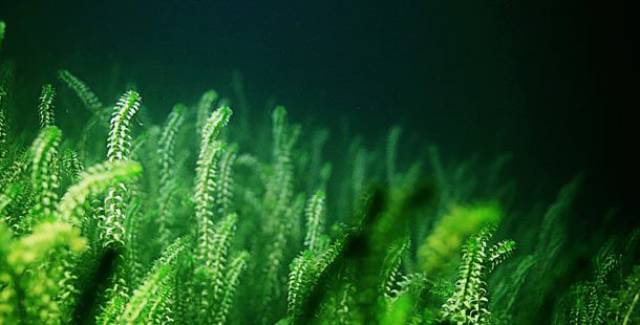 The ocean is responsible for producing around 70% of the oxygen we breathe. This is due to the plants (kelp, algal plankton, etc) which produce oxygen as a byproduct of photosynthesis.

Our oceans are more acidic now then ever 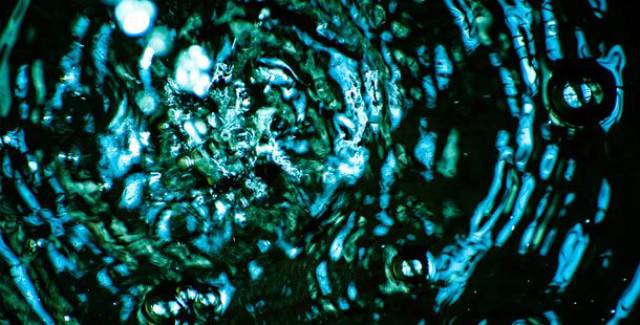 The pH in our ocean’s is decreasing. Since 1751, our oceans have become 30% more acidic.

The Blue Ringed Octopus will totally kill you 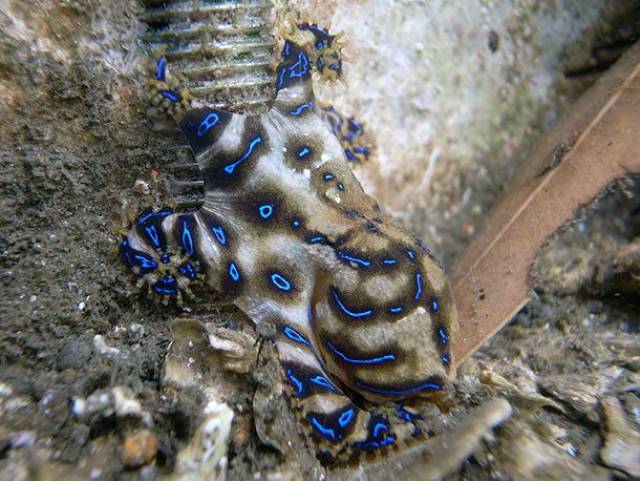 If you’re in Australia, you may want to be aware of the Blue Ringed Octopus. It’s one of the deadliest sea creatures in the ocean. Because of its tetrodotoxin, it’s incredibly dangerous. When contact occurs, people rarely know they’ve been bit, and the symptoms come on rapidly. It only takes about 10 minutes for vomiting and total paralysis to manifest. Unless you have immediate medical attention, death is almost certain.

The ocean is home to the Fangtooth fish 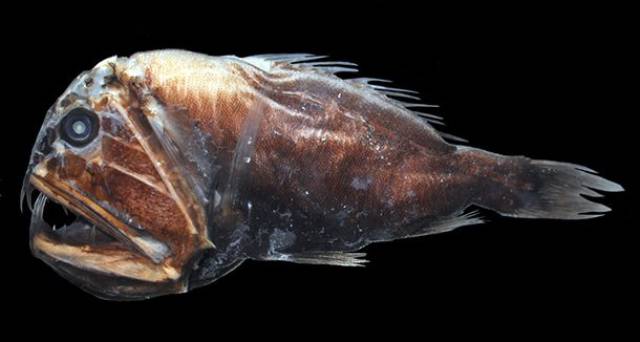 The Fangtooth fish is a true nightmare with dozens of long razor sharp teeth that exceed anything known in the ocean. While they’re found all over the world, they’re particularly fond of Austrailia’s coast. Most of them usually are found in the deeper parts of the ocean. Did we mention they have really big teeth? 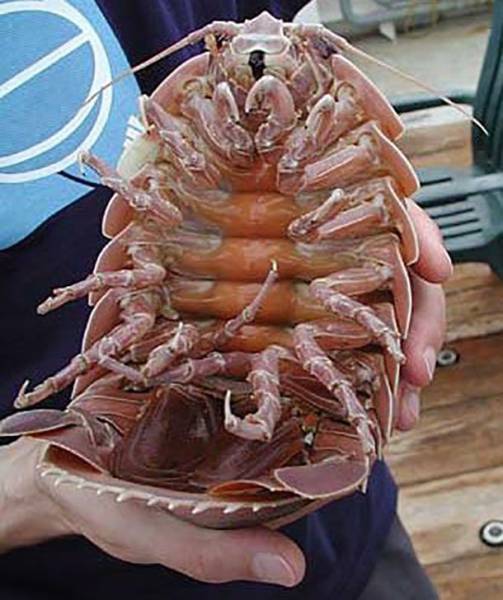 Small and tiny creatures closer to the ocean’s surface grow to insane sizes when they go into the deep waters of the sea. From sea horses, squids, and crustaceans, the deep sea has a phenomenon called “Deep Sea Gigantism” and we have no idea why it happens. 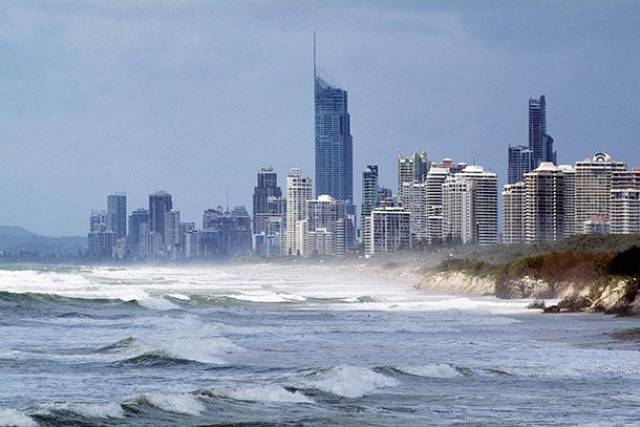 The ocean is coming closer to you and faster than you think. The National Ocean Service claims the oceans have risen 2.4 inches above the natural rate. Ocean warming due to rising thermal temperatures and land-based ice melting are behind the increase. Many fear major floods could make many world cities unlivable, crushing the world economy.