The Growing Up Skipper doll grew when you rotated her arm. Both in height and…cup size. Released in 1975, she was a doll about hitting puberty. Mattel conveniently left out acne, mood swings, braces, and getting your period in homeroom, though. While this does seem a little creepy and weird, when we put it next to any of the current Bratz dolls…maybe not so much. This disturbing little guy is from Japan, and he’s called “Face Bank.” He eats your coins and saves them for you. You can currently buy your own on Amazon for around $20. The nightmares are free. 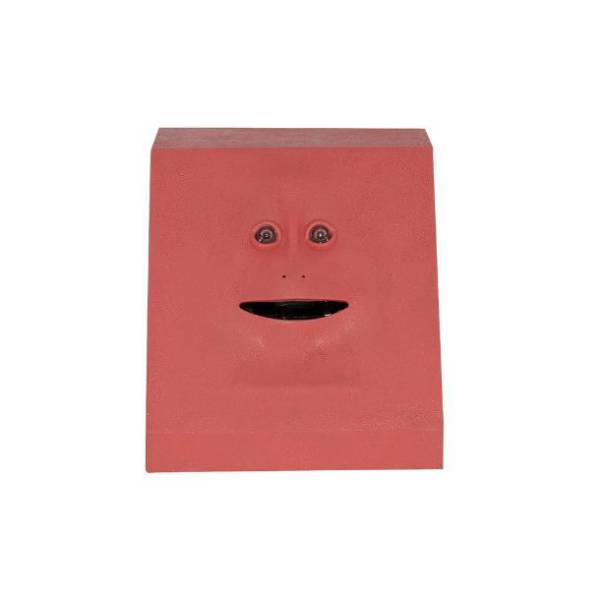 In 1965, Hasbro decided to release a doll that needed a little love…because she was homeless and apparently abandoned, without even as much as name. They named this creation “Little Miss No Name.” 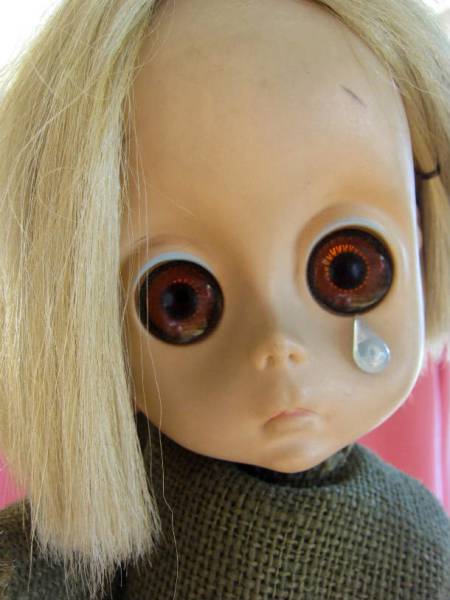 Remote controlled, hopping, yodeling, lederhosen. It comes with a knockwurst remote control. Press the button and the lederhosen will hop over to you. 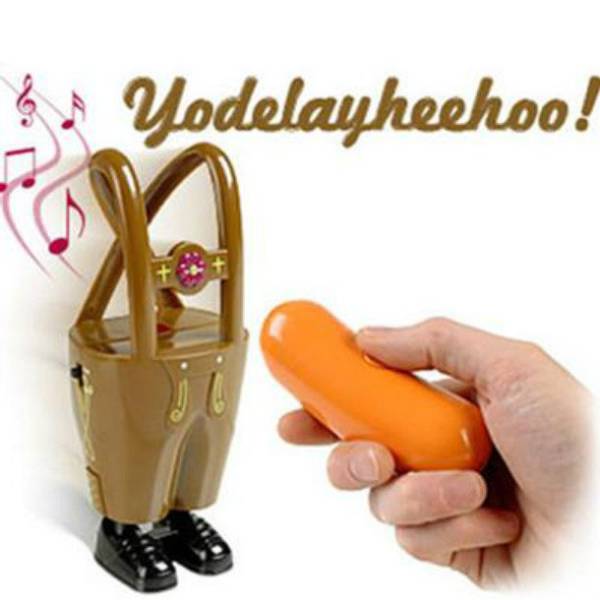 Okay, we get it, the doll has to be in a “swimming” position, but out of water…it’s something from the Exorcist.
5 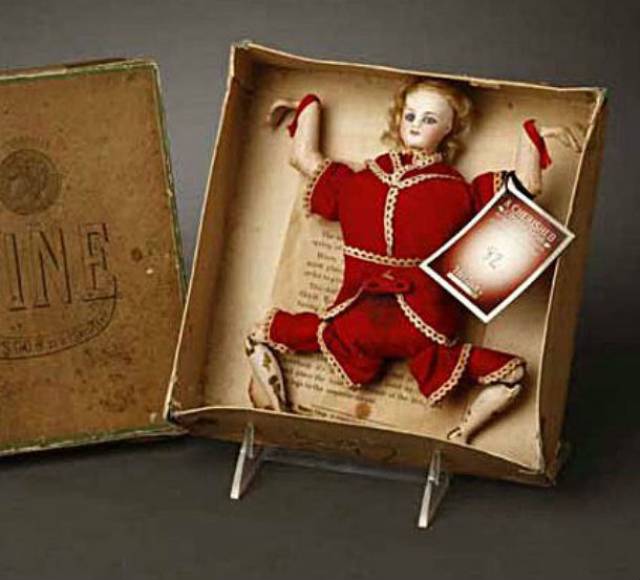 Yes, it was a toy from a movie, but honestly, that doesn’t excuse the creepy factor. 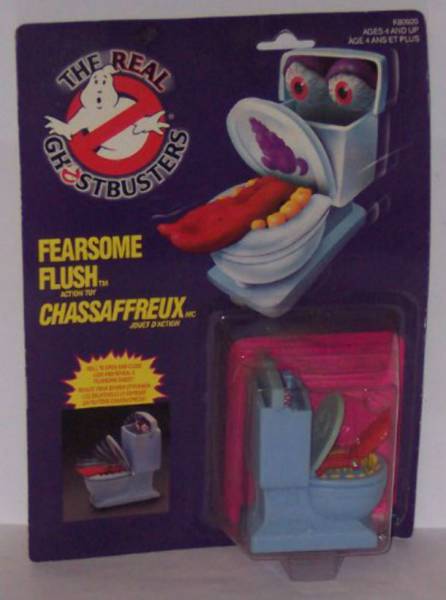 This German walking toy from the 1930’s. It looks like a little creepy soldier of doom. And it’s from Germany. In the 30’s. But it’s Mickey!

Blippy In the Box 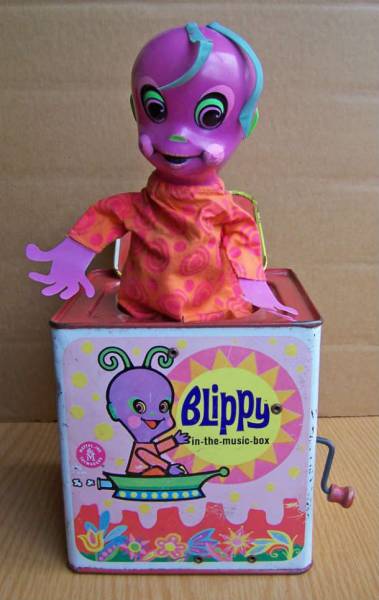 It’s slightly difficult to imagine a time when a child, any child, would look at this with delight and not fear. …the man of a thousand faces! They’re all creepy. 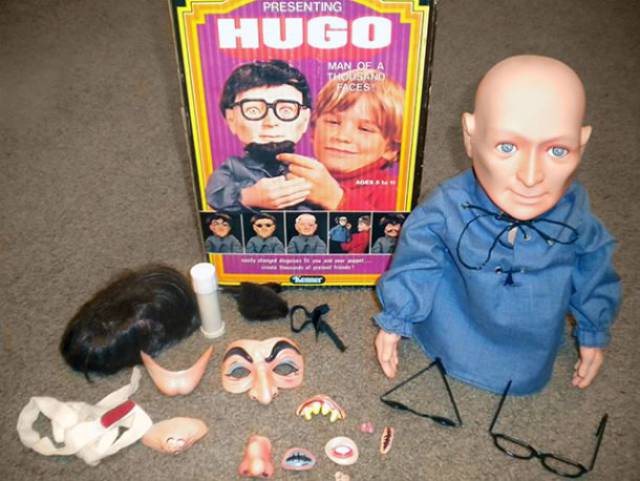 Like an awkward, hysterical, is this doll going to come to life and murder me in my sleep kind of laughter. 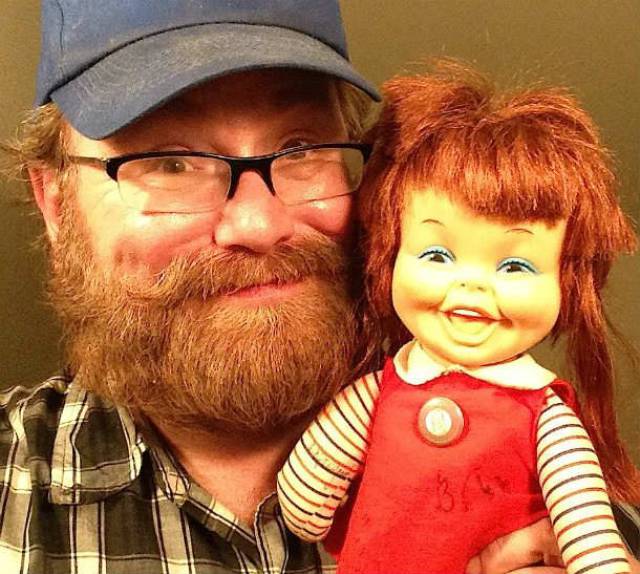 Nope. No. First of all, your first bacon should be food. It’s been processed and preserved…it’s food. Second, let’s not teach kids that the spirit of the pig lives on in the bacon. Third, you have to be told it looks like bacon, instead of a blobby horrific sentient experiment gone wrong. 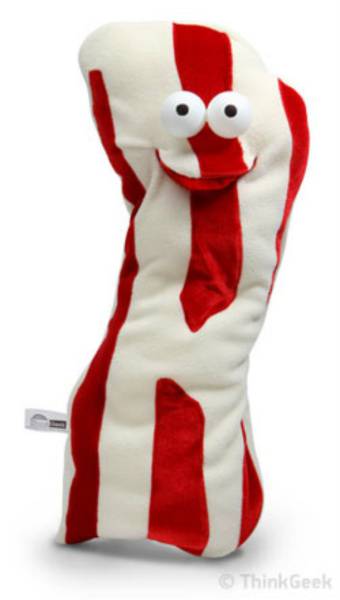 I don’t even understand what this toy is, but it’ll be in my nightmares. 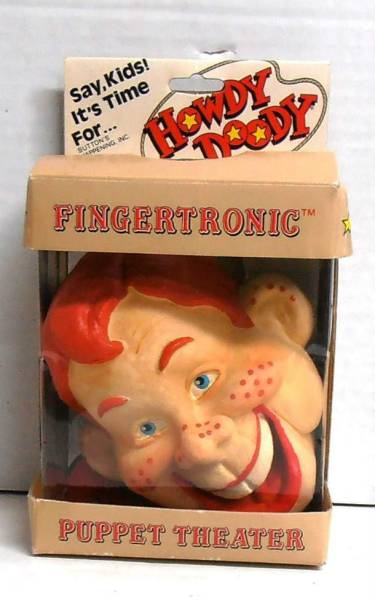 Children in the 80’s & 90’s thought these were so funny. We didn’t know they were live moth larva, spasming because they were overheating and…slowing dying an awful death in order to amuse children. 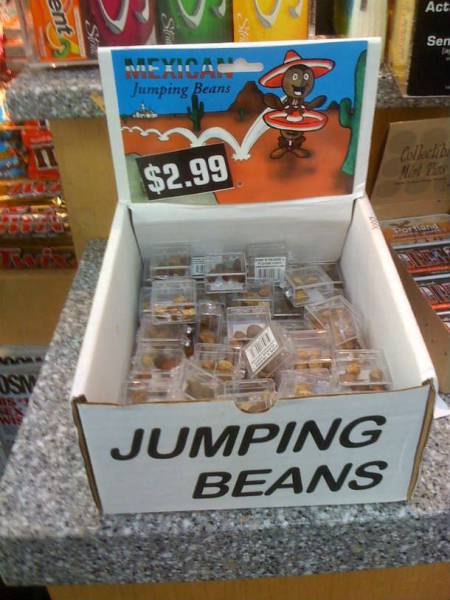 Making his second appearance on the list and in your nightmares, MICKEY MOUSE! This is a velvet doll made by Dean’s Rag from the 1930’s. 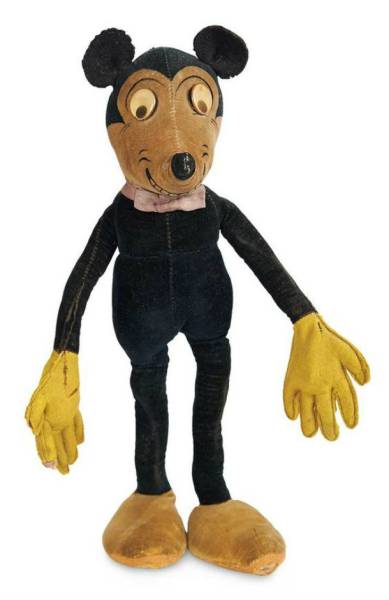 He’s Skinny Bones! Not only was he creepy looking in general, he was also about the height of a toddler. 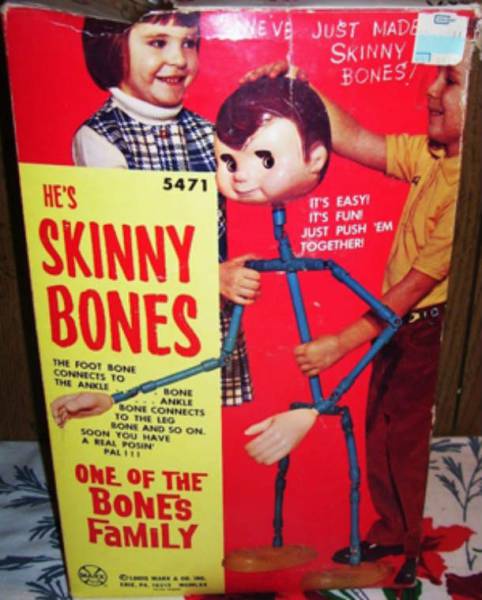 Pregnant barbie is creepy. Not only did this give some of us nightmares about how our little brother was born, the baby sprang out of Barbie’s tummy…and could go back in… 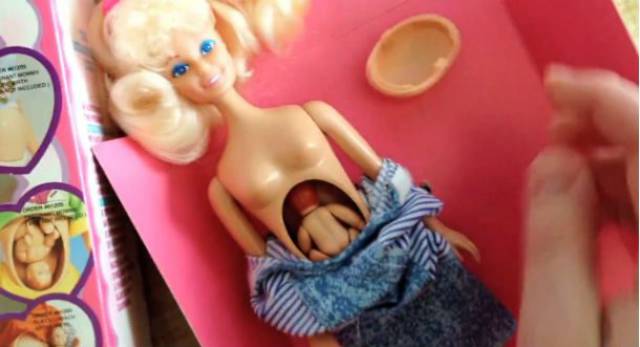 Scary Stories to Tell in the Dark

Books count as play, and every kid knew that Goosebumps wasn’t actually scary. You know what was scary? Scary Stories To Tell In The Dark. And these books…will keep some adults awake. They’re based on folklore, and there’s a saying that all folklore involves an element of truth… 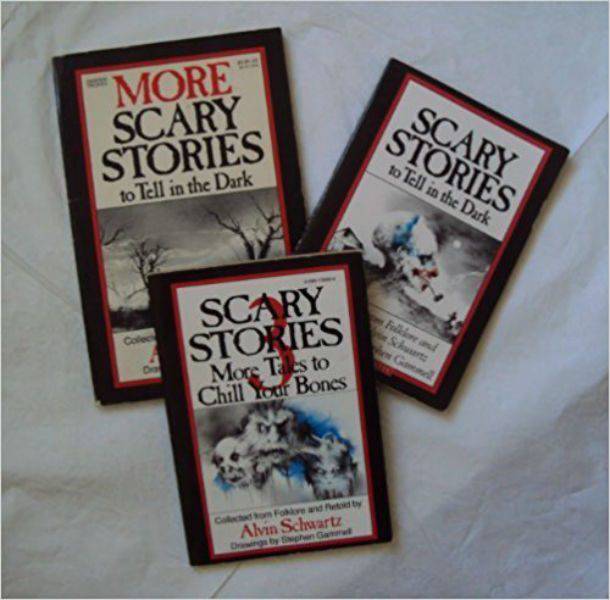 The show was creepy; the toys were creepy; that soft “la la & tinky winky! ehee hee hee” voice talking to you from the dark when they started to malfunction was creepy… 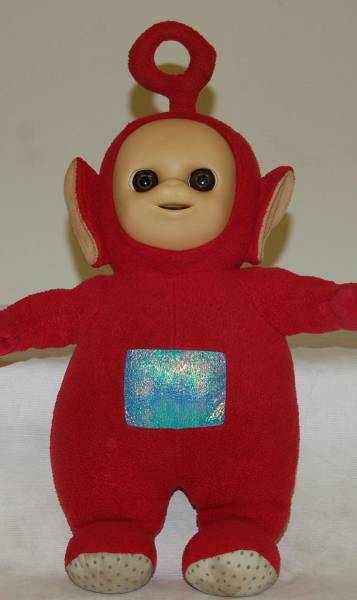 Erwin is kind of a cool concept – a doll you unzip so you can explain to your toddler what the various organs are for. Then you realize you’re explaining organs to a toddler with a doll you just “surgically removed” organs from. Nope. No. Pretty sure “evisceration” was not on ANY fun activities with toddlers lists. (Evisceration means to surgically remove internal organs.) 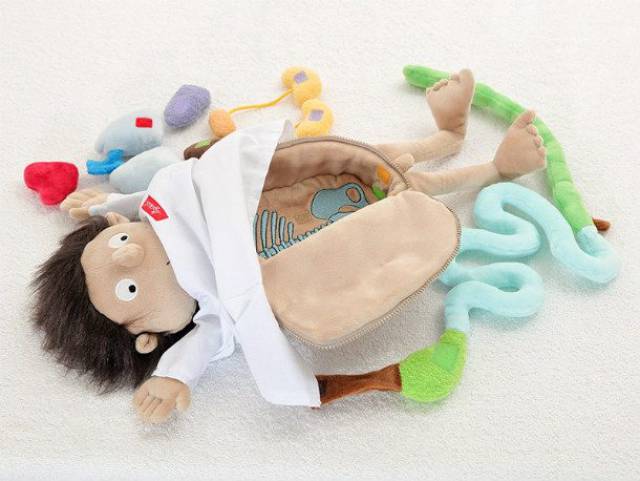 The Trolls dolls of 2016/17 have had a much cuter and more colorful makeover from the toys 90’s kids played with. The original trolls were like tiny naked old people with weird hair and bellybutton jewels. 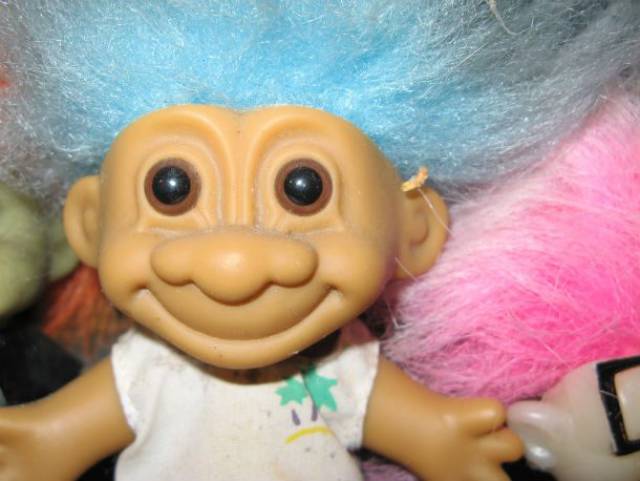 We’re letting children – children we don’t trust to drive, vote, or drink – contact the spirit world. As a game. Encouraging it, even. This is a horrible, no good, very bad idea. “Oh, they don’t work; it’s just a game!” you say. Yeah, until they *DO*. The first “talking boards” date back to ancient China. 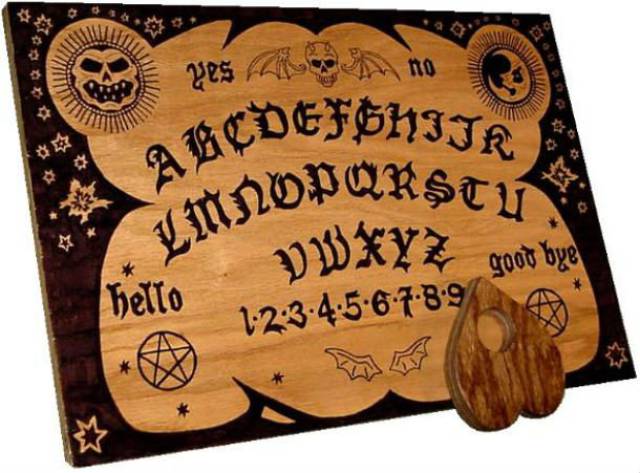 They sing “Boo-Bah!” and then play a little song and do a creepy clacky “dance.” Just say no. I don’t think we can even talk about what it looks like… 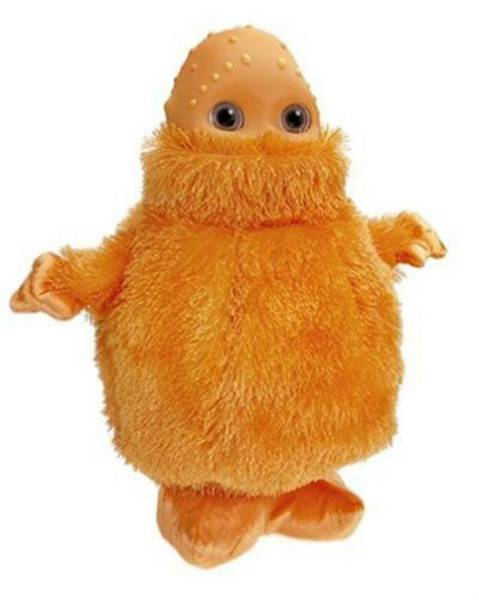 The laughter turns ominous after awhile. 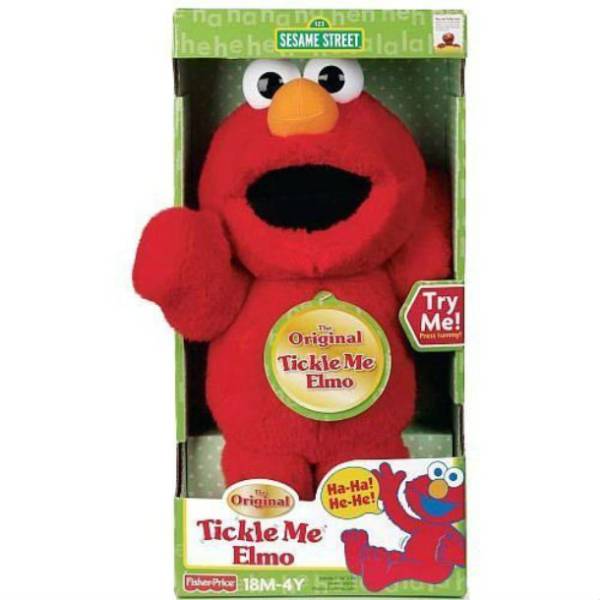 Furbies were creepy for a few reasons – their resemblance to Gremlins, the fact that they “learned,” and…that they would sometimes malfunction and just randomly start speaking when no one was playing with them. Like in the middle of the night. 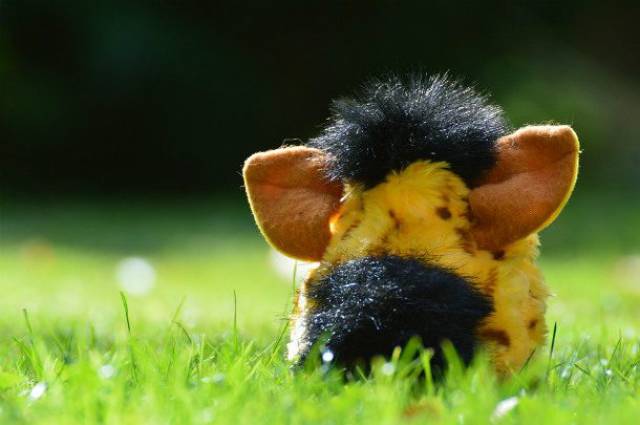