The team battled a small army of wights in blizzard conditions. 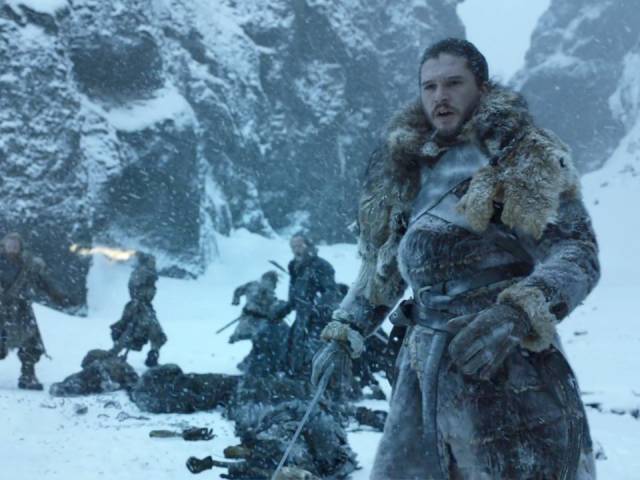 They actually filmed on location in Iceland for the incredible landscapes. 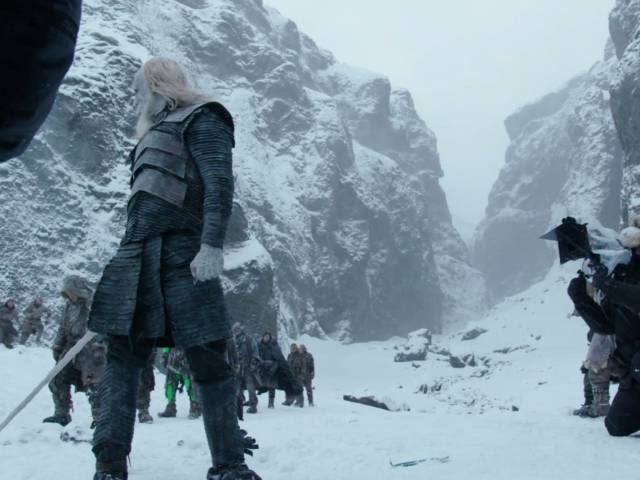 But the stunning views added real depth to the scenes. "It adds a sense of reality," actor Kit Harington said. 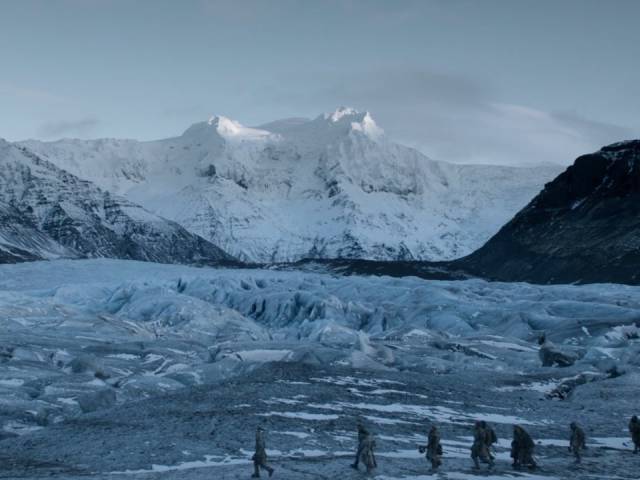 The first problem Jon and his team ran into was a zombie polar bear. 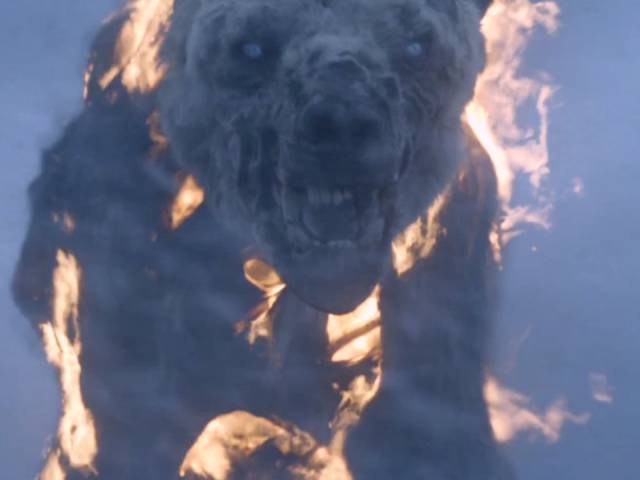 When the men actually encountered the bear, they were only looking at a green screen. 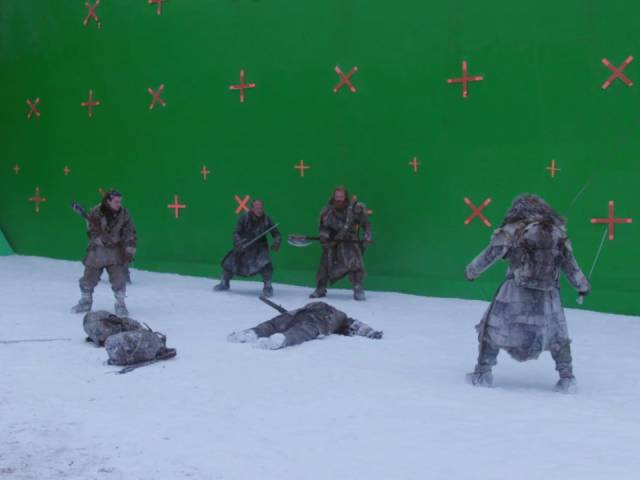 An animated version of the bear attack was created to plan out motions. 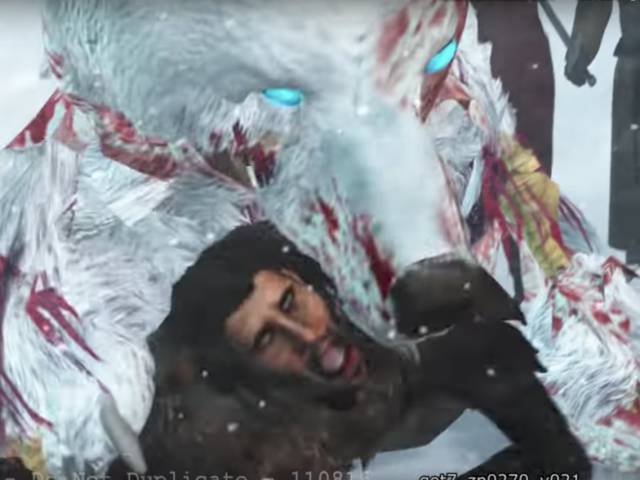 "We looked at some of the beats, the way the polar bear in the previews that we've got, how it swats the guy away, how it picks someone up and shakes him around, and then we get our wires in and start rehearsing with guys using different methods to pull some around and get me the right body shapes and the right energy," said Richard Bradshaw, the assistant stunt coordinator.

Then stunt performers were thrown through the air on wires to mimic the motions from the computer program. 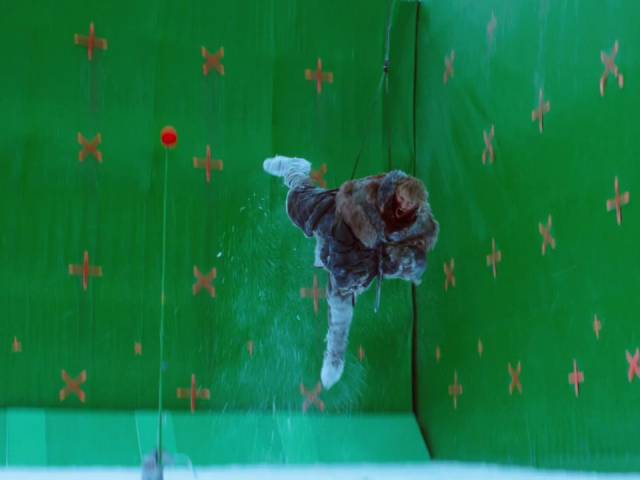 Thoros held his flaming sword in the bear's mouth during the attack. 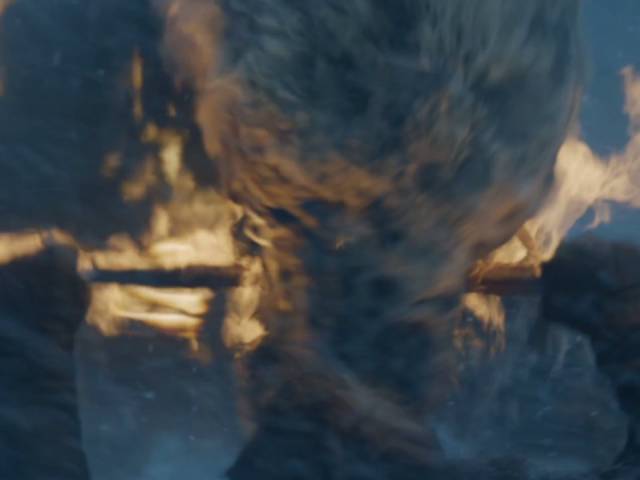 They created a flaming rig to act as the bear so that the actor had something to fight against when on the floor. 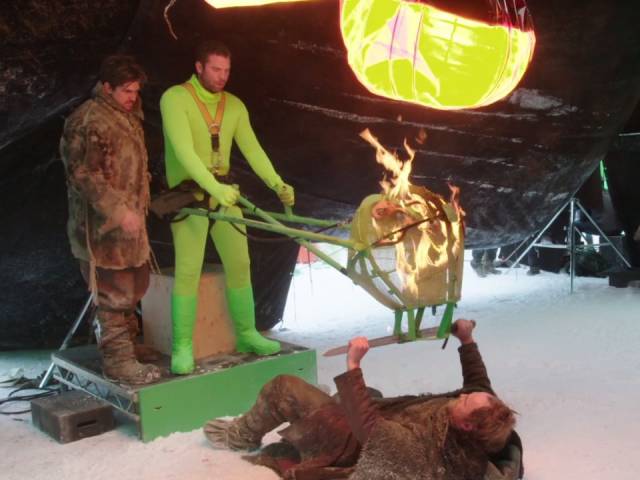 The main battle took place on a frozen lake. 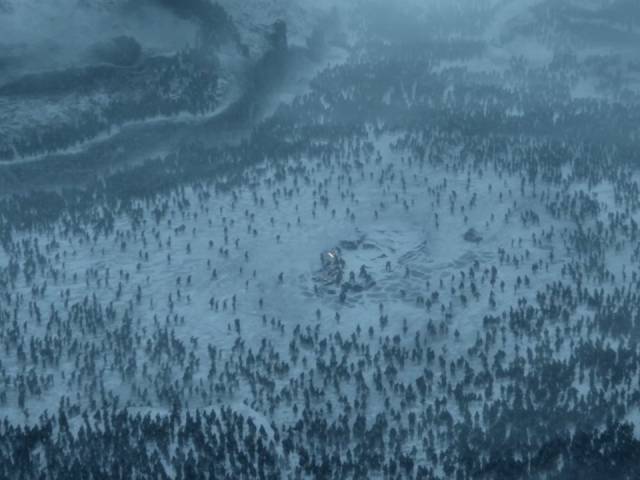 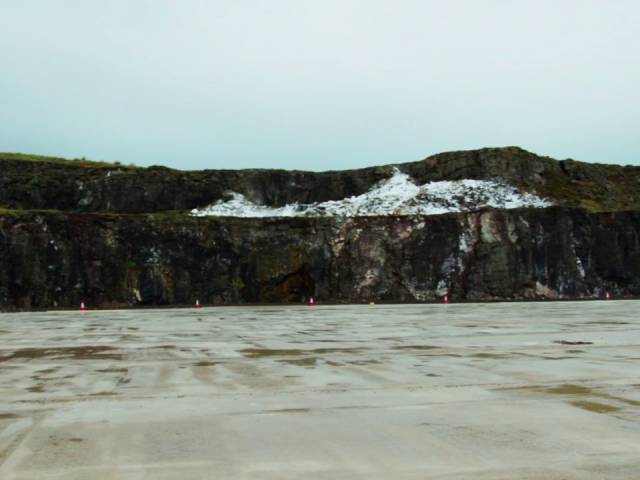 They had to recreate some of the scenery from Iceland in Belfast to make it look like it was the same location. 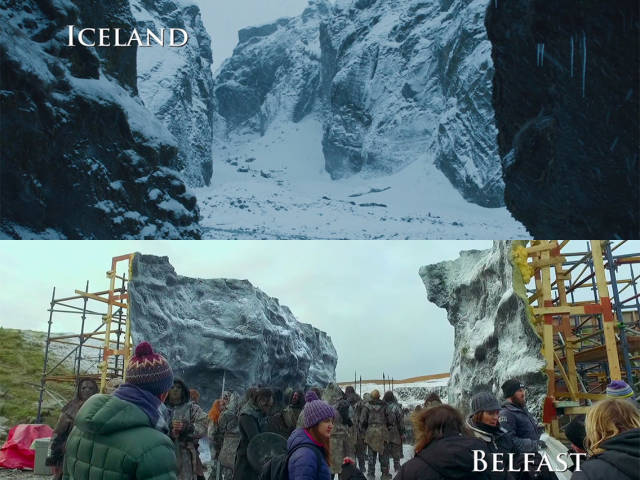 The frozen lake was completely man-made. 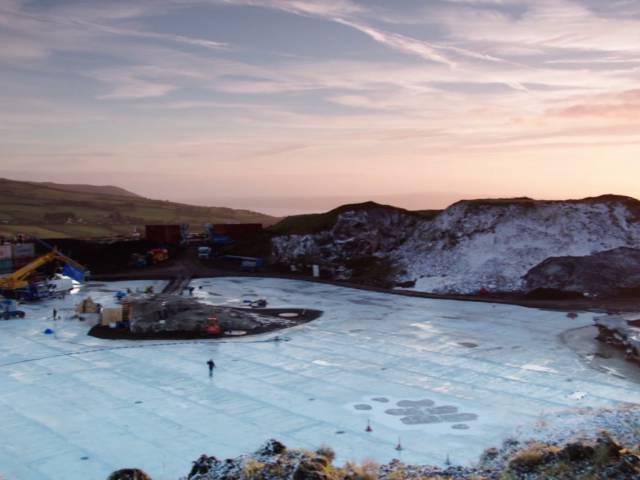 Sam Conway, the SFX supervisor, explained how the created the "lake" from scratch.

"That went from compacted quarry floor to putting concrete down to a nice flat finish," he said. "And then there had to be hues of color added to that, and we had to work out how the ice would look, trying to make that look three-dimensional and as if it was transparent ice."

The cliffs were painted and then "snowed" with three and a half thousand bags of snow through six machines to achieve the winter look. 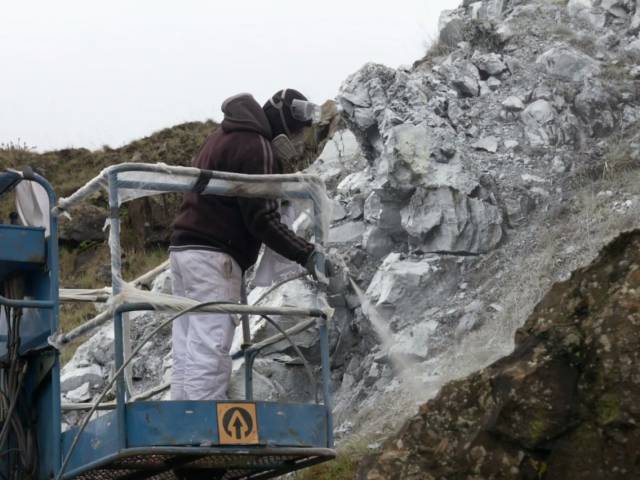 The men were chased by thousands of wights. 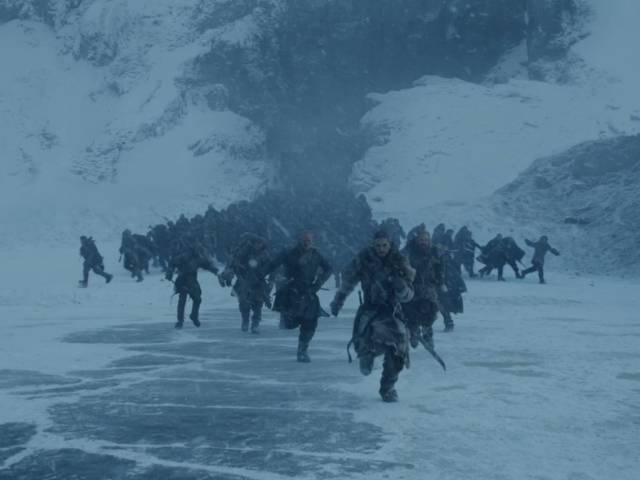 But really it was just some extras and the rest were added later. 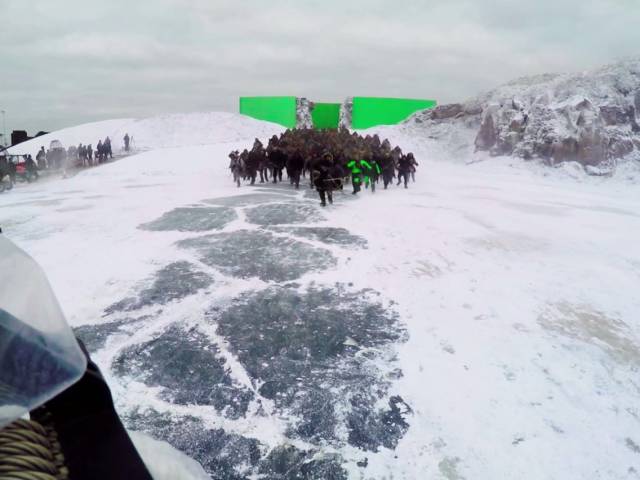 At one point, hundreds of wights fell through the water. 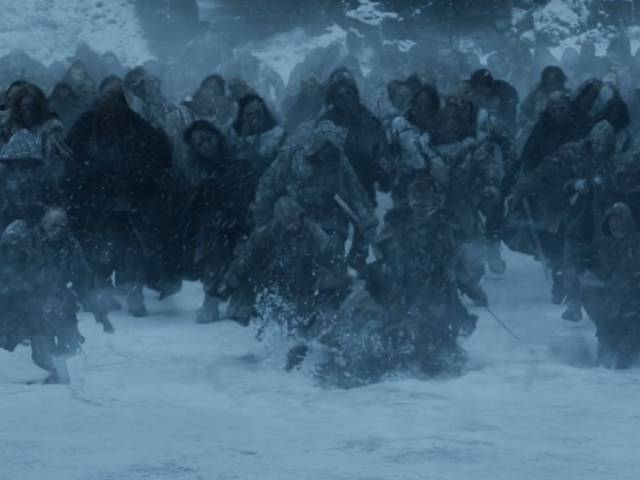 They used motion-control to make it look like the wights were actually breaking through the ice, which was all actually separate set pieces that they created. 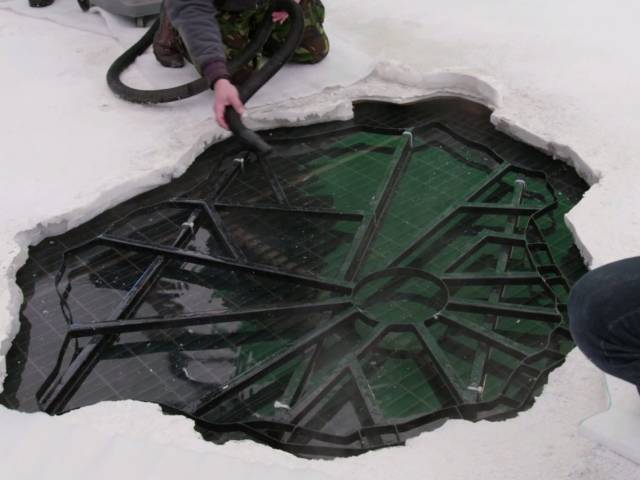 Rigs were dropped under the ice to take the actors' weight and then they could drop through. It made 10 guys look like 100. 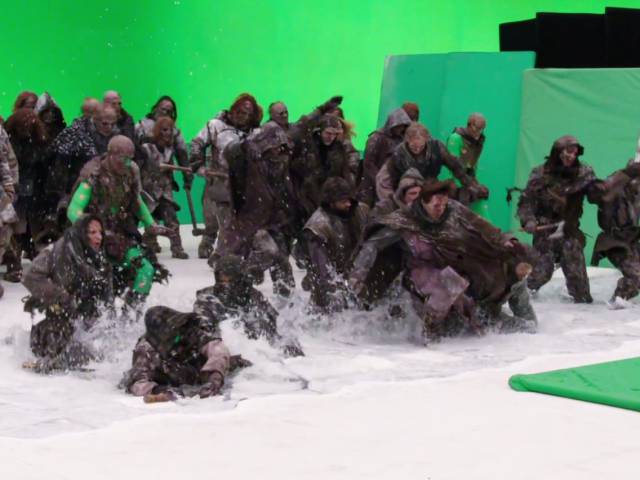 One of the men fell off a cliff into the waiting wights that tore him apart. 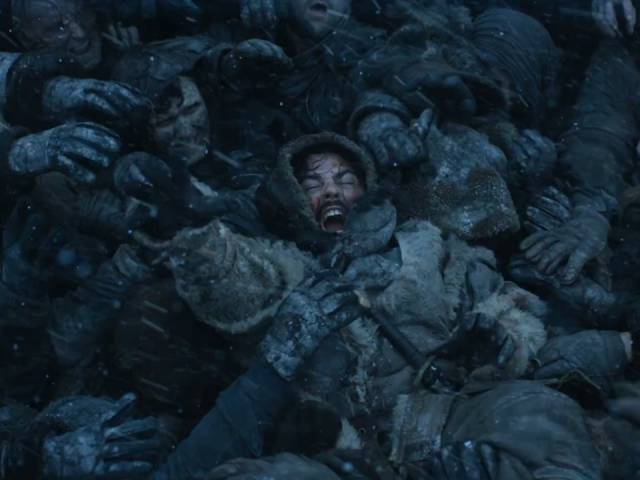 Stunt performer Dan Houston actually had to fall into extra's arms when he went over the cliff during his death scene. 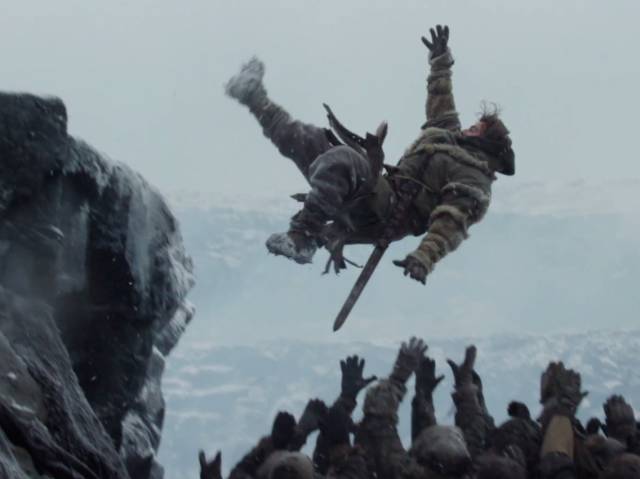 The dragons lit up the battlefield and exploded hundreds of wights. 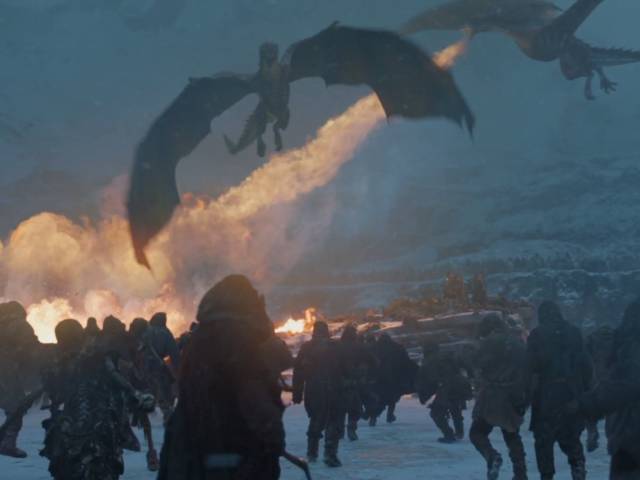 Real explosions were used to bring the fire to life. 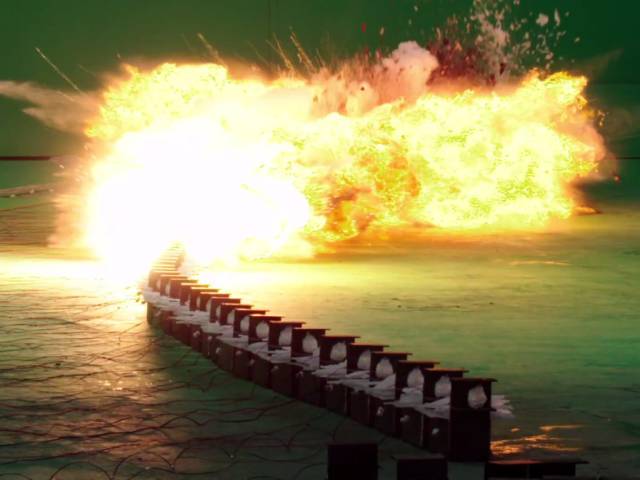 The rest was added digitally. 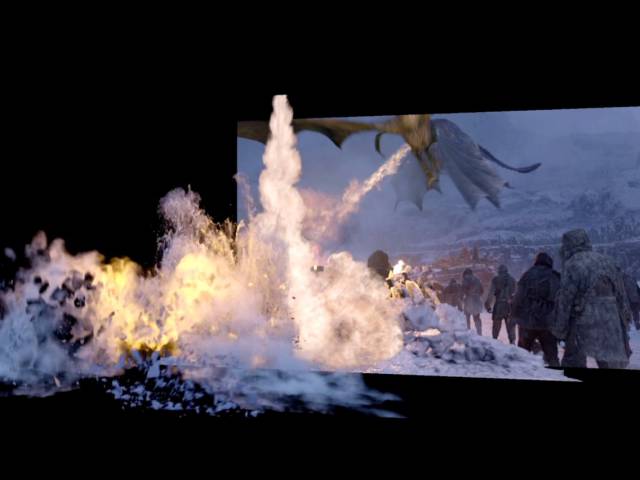 The dragon was modeled on a 747, laser cut from polystyrene, and had steps up the side for the actors to climb. 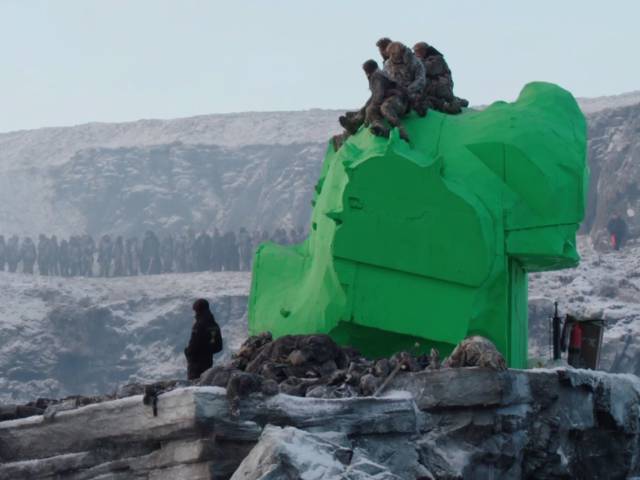 At one point, Jorah almost falls to his death. 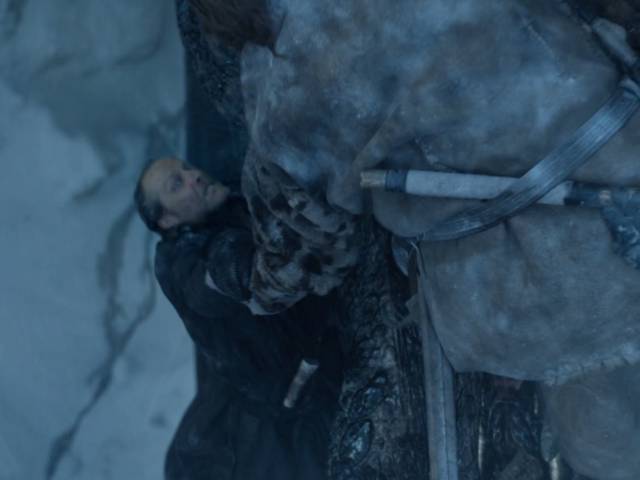 The built contraption moved, so they could film the scene. 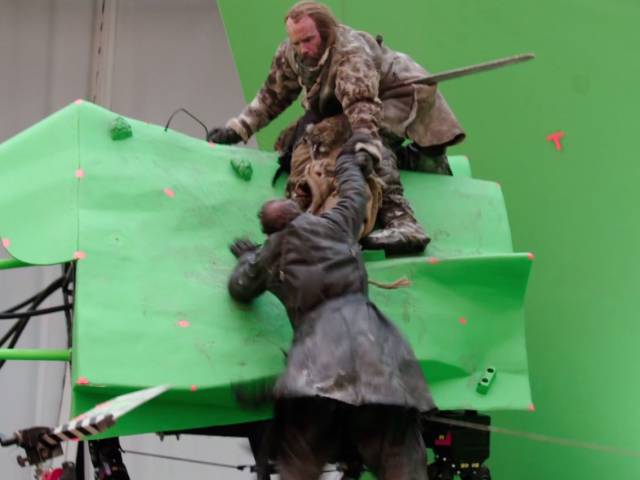 Dany rode Drogon into the battle. 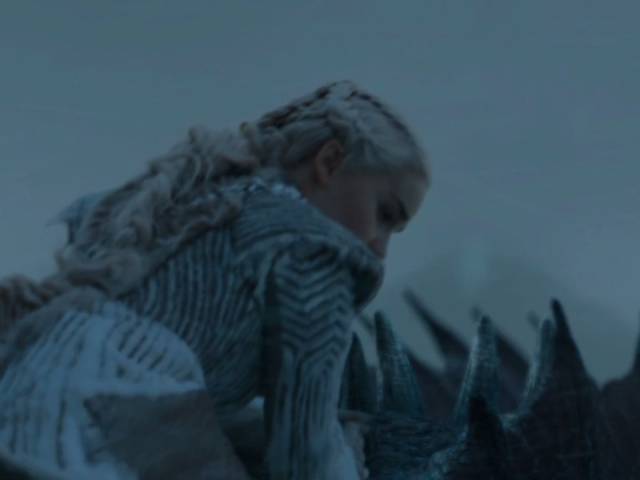 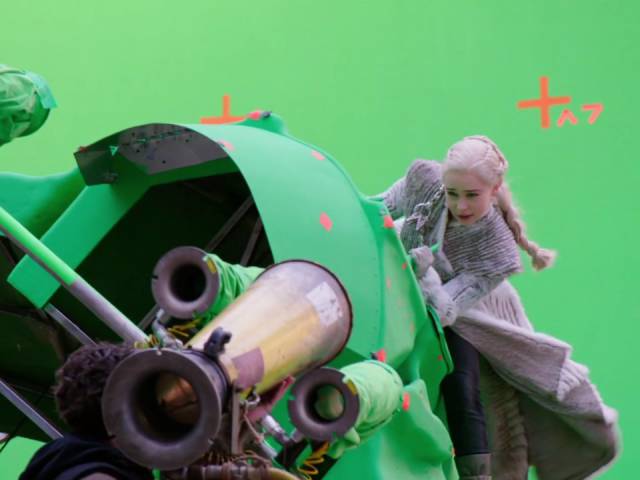