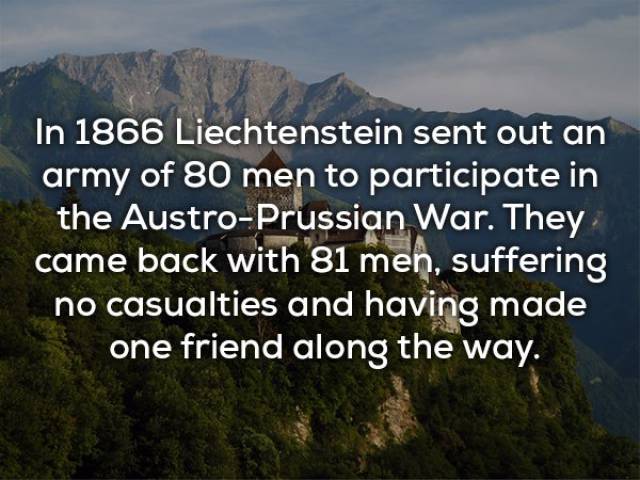 Daniel Steibelt, a top pianist in his own right, challenged his contemporary Beethoven to a musical improv duel. Steibelt did believe he had a shot; he was no kid, and had already composed for Marie Antoinette and operatized a successful version of Romeo and Juliet. He showed up to the improv and played one of his own works, for which he’d brought the sheet music. Once it was his turn, Beethoven turned the sheet music upside down and beautifully fucked the piece sideways and backwards, overturing Steibelt’s style all the while like a cat teasing a particularly boring mouse. No one ever challenged Beethoven to a musical improv again, least of all Steibelt, who never again set foot in Vienna. 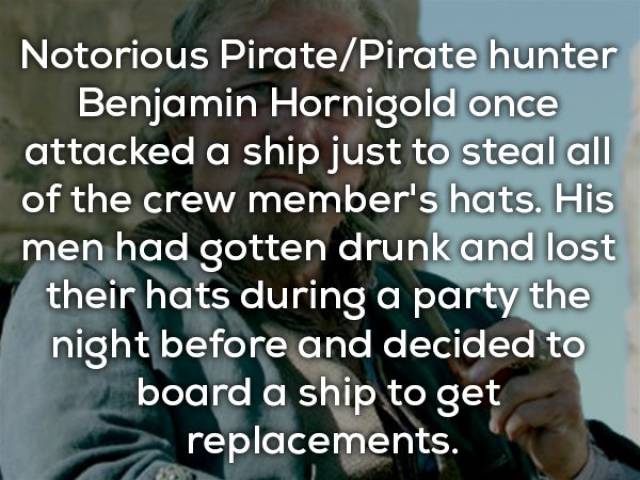 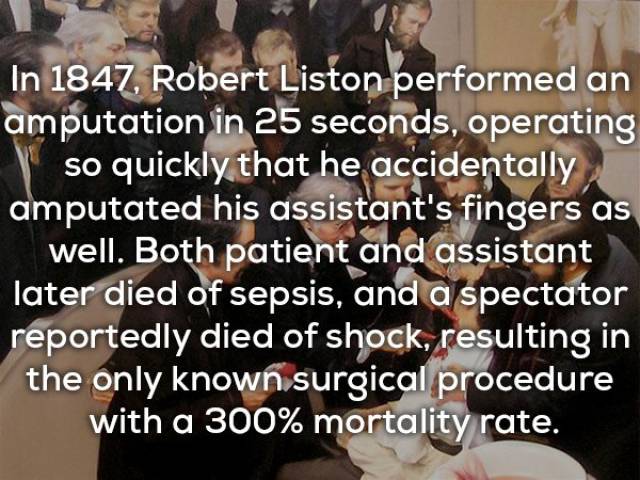 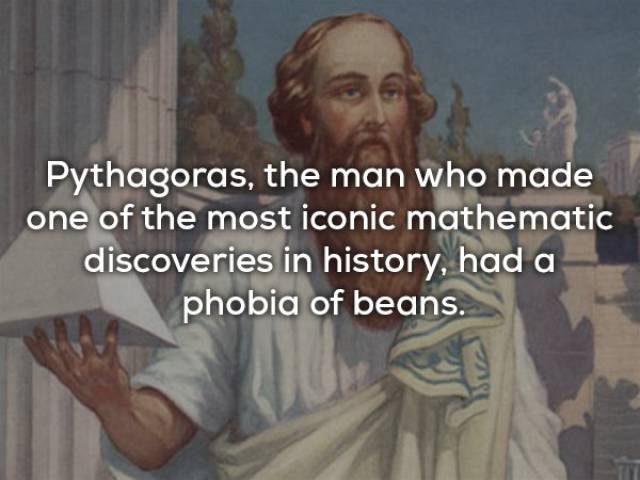 In the North East of England, there are names for people from various places. Geordie, for people from Newcastle and Mackem for people from Sunderland may be the most famous. Similar with Cockney for parts of London. The place I was born (in the NE) also has a name for its people: Monkey Hangers (or Hinger, in dialect). Apparently, during the Napoleonic wars a French ship was wrecked just off the coast of Hartlepool and a little monkey that had been dressed in a little monkey French uniform for onboard lols washed up on shore. Hartlepool, is a little coastal town, wasn’t super full of intelligent people, and some of the locals decided to try the monkey on the beach. They asked it all sorts of questions, but because it was a monkey it A) didn’t have a fucking clue what was going on, and B) obviously couldn’t speak, let alone speak English. As the Hartlepudlians had never seen a French person OR a monkey before, the obvious conclusion was that this monkey in his little uniform was a French spy, and they hung him. Solid work, guys. 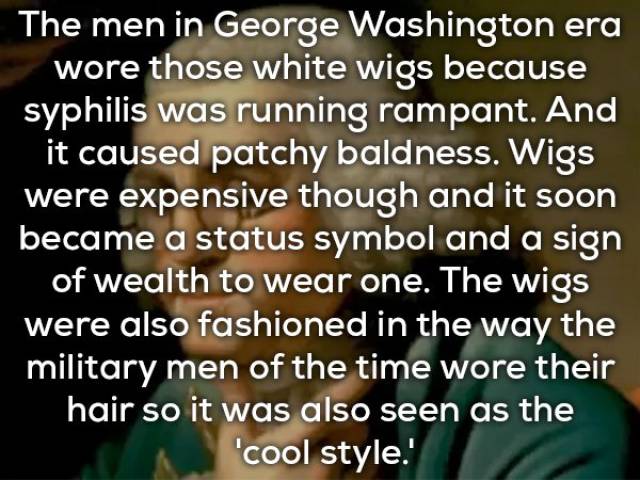 George Washington would bow when greeting others because he didn’t like physical contact…would be much funnier today. 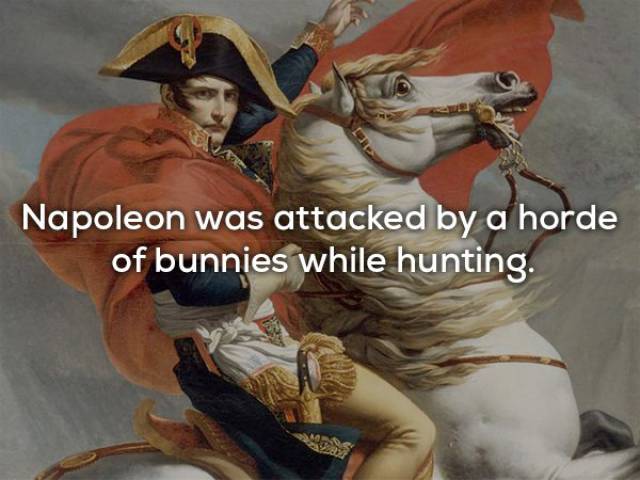 The Pentagon wasn’t built that way for any defense reason — in fact, it’s not even a regular pentagon. It was designed to fit nicely into the empty field between five major roads, but then later there was some reason why they had to build it somewhere else, I think it was too close to some city or something. Anyway they’d already paid someone to design this five-sided building so they just said fuck it, it’s a pentagon now. 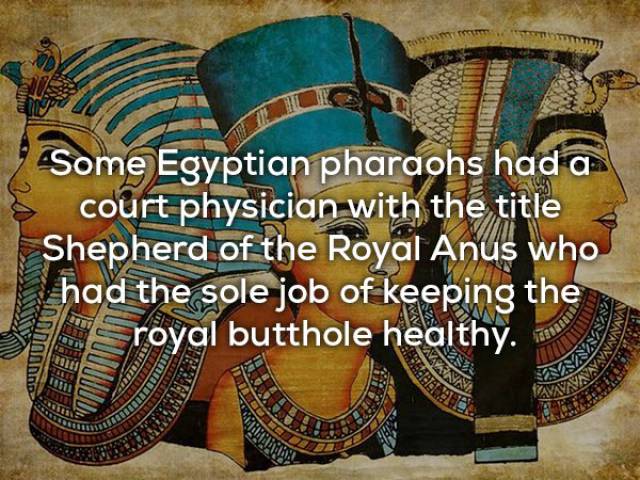 One day Alexander the Great asked the philosopher Diogenes why he was sifting through the garbage, Diogenes responded,”I am looking for the bones of your father but I cannot distinguish them from the bones of his slaves.” Also, Alexander the Great asked Diogenes, if there was something he could do for him. Diogenes replied, “yes, get out of my sun”. Plato once defined humans as “featherless bipeds”. Diogenes brought a featherless chicken into Plato’s classroom, saying “Behold! I’ve brought you a man!” 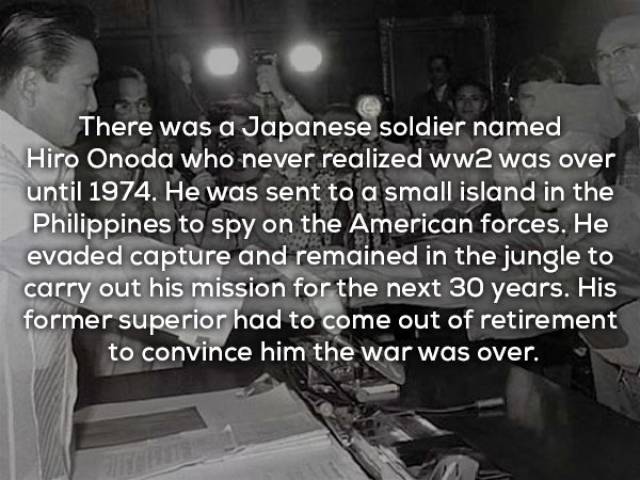 King Henry VIII of England created his own church just to divorce (technically, get his marriage annulled) his wife. While there are very good historical reasons for why he did this, as a modern person, I find this fact hilarious.