"This is where the safe was when we first got to it. Underneath the stairs in my Great Uncle Ray's basement. The farmhouse has been in our family for several generations and is slated to be torn down, so no one's quite sure exactly how long the safe has been down there or who the original purchaser was, and I was running out of time to rescue it. I plan on doing more research in the future. This was a picture from our first attempt at getting the safe out. My friend and I had a furniture dolly and thought we could get it just the two of us. We got it on the dolly with relative ease but once we tried to get it up the first step we quickly realized we had been beaten by an inanimate object... for now." 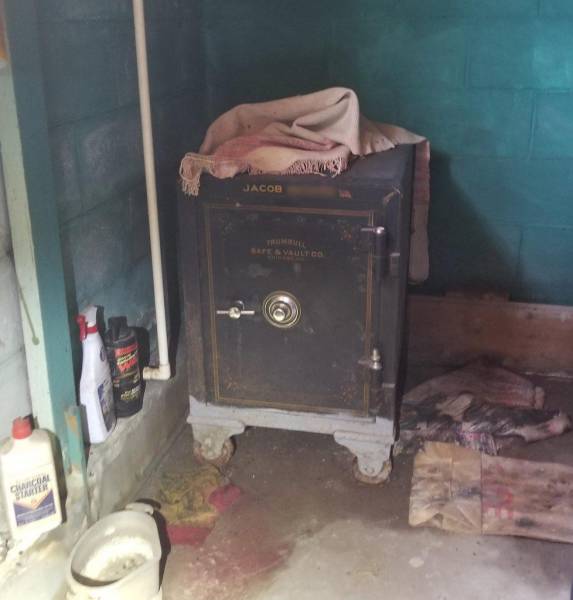 "A few weeks later my dad and I came back with the big guns to get this thing out. We made this ramp out of 1x12's that were screwed together with 1x1's on the back to catch the treads and prevent slipping." 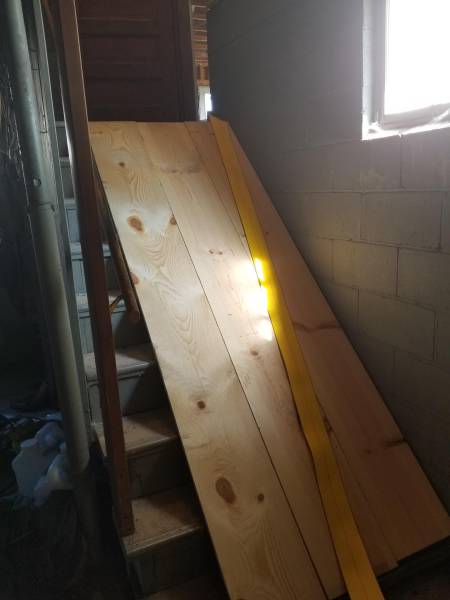 We knew man power wasn't going to be enough to pull this thing up the stairs and we weren't messing around so we attached a tow strap to a chain in order to pull it up the stairs and around the corner with our skid loader. 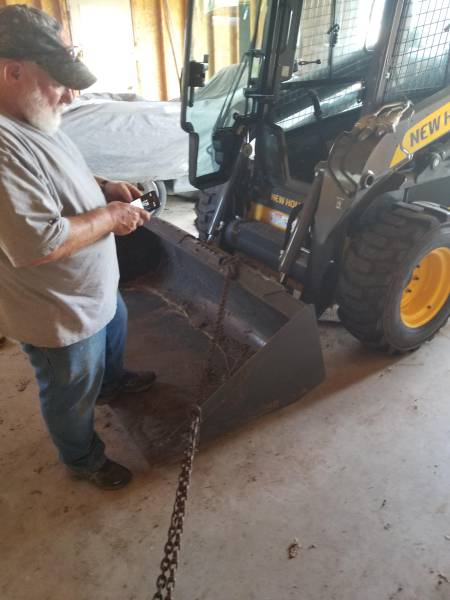 "Originally we had the safe on the dolly and we tried to tie the tow strap to that a few different ways and pull it up. Neither way worked. This was our third attempt with the skid loader, fourth attempt if you count my friend and I's feeble attempt at lifting it over that 1 inch lip you see in this picture (it didn't budge). This rig didn't work either as the safe wanted to tip to the side and slide out on its way up. 4th attempt didn't work either. The weight shifted and the safe swung over and almost pinned me against the wall as I was guiding it up the ramp. Finally the rig worked!" 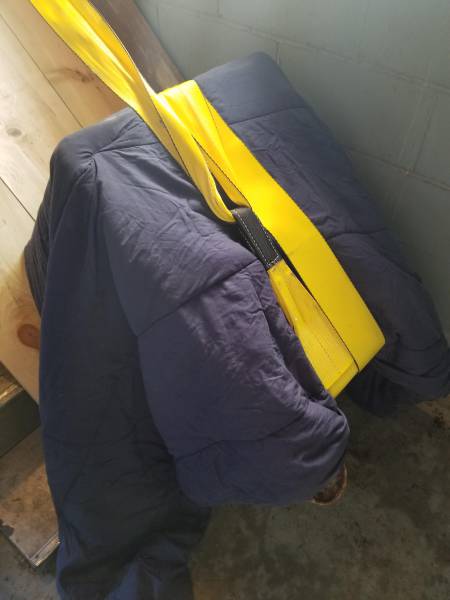 "We think the safe weighed somewhere between 800-1,000 lbs; definitely not a two man lift job. Talking with my grandpa he distinctly remembers this safe being around when he was a kid on the farm. and he remembers when Ray moved the safe from the original farmhouse a few miles away to the one he lived in the rest of his life where we eventually removed it. How they got it down there I don't know. However, my grandpa seems to remember his father saying it was originally purchased by HIS father, the original Jacob in the family. My grandpa is still pretty sharp so I wouldn't doubt that for a second." 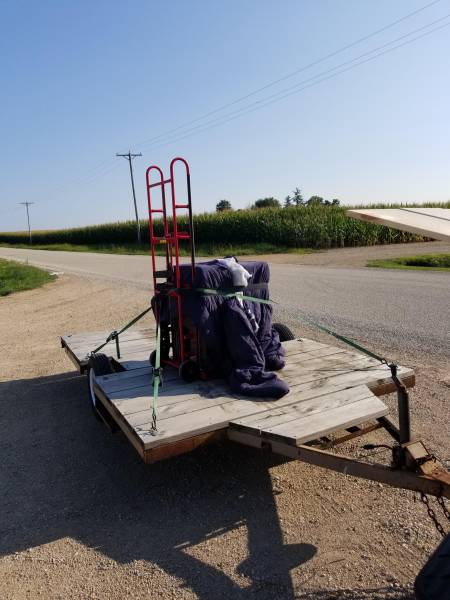 "We got it in place in my garage without too much more effort. I cleaned it off a bit and here she sets. After speaking with my grandpa about the safe, I learned quite a bit and now he came out to the house and handed me a piece of paper. It was a copy of the original manufacturer's sheet with the combination on it! Time to crack this bad boy open." 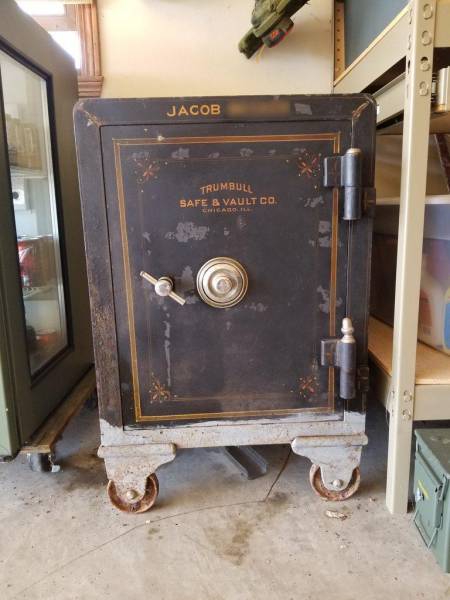 "The lock design was unlike any I had seen before in that it had 4 entries. You had to spin to the first number clockwise, then had to rotate the dial 3 times counter clockwise to the second number, then 2 times clockwise again to the 3rd number, and finally 1 time counter clockwise to the final number as per the manufacturer's instructions. If my grandpa hadn't brought that sheet because I never would have figured that out if he'd just had the combination numbers written down." 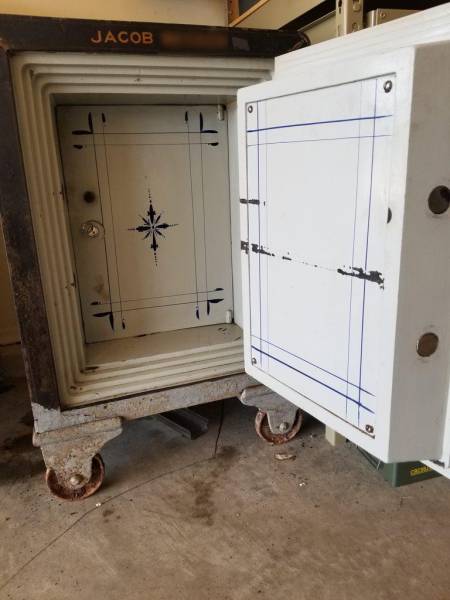 "Ray was notorious for being a hoarder when it came to anything related to his money and was the family scrooge, so I had no clue what to expect when I turned this key. I was really glad to see that the key was already inside the safe. When I first opened it and saw another door I was afraid that was the end of the road." 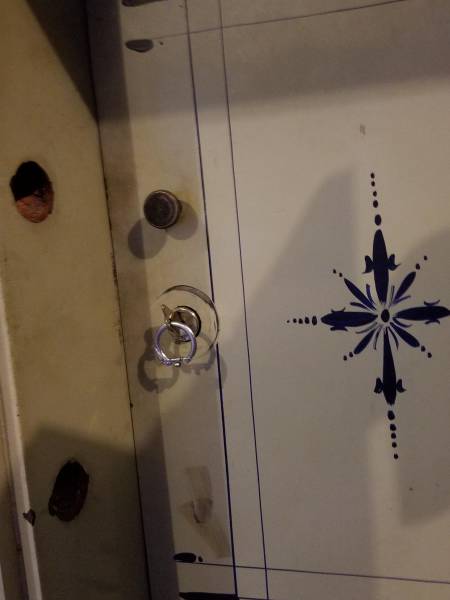 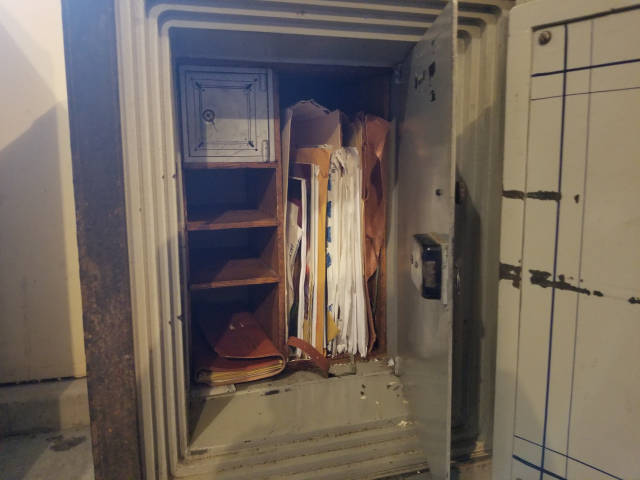 Nothing in the jewelry compartment. 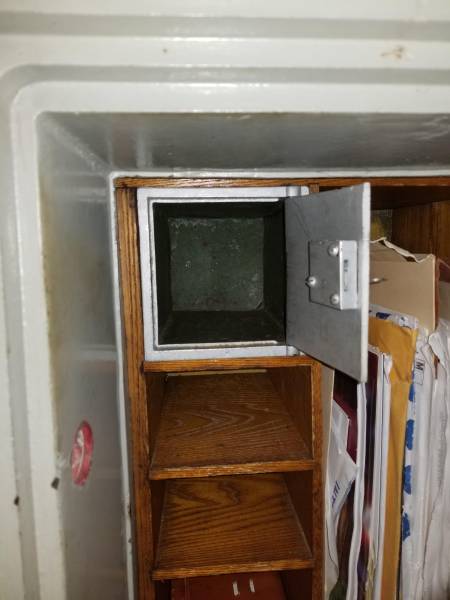 "Time to start sifting through all the documents. Mostly information on annuities he set up for himself and a few select charities through his personal trust, life insurance policies, and some outdated last will and testaments. Being a farmer in middle of nowhere Illinois sure wasn't earning him many dividends and he knew that. Ray was a smart guy when it came to finance and it was great to know him before the strokes and everything got to him and he eventually passed." 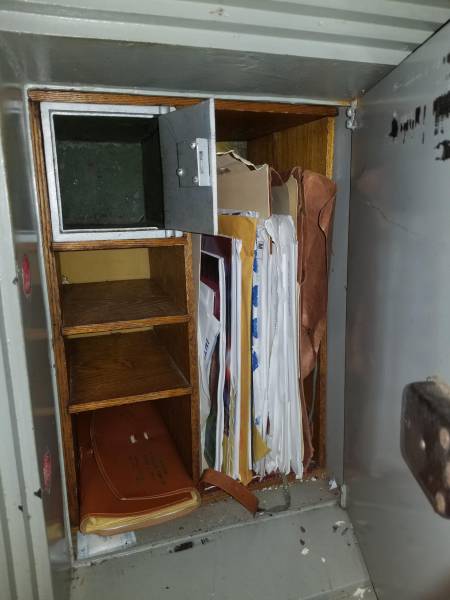 "These were by far the most interesting find. Two stock certificates for The Walt Disney Company, one for 20 shares and one for 10 shares. It was our understanding that my great uncle's trust (whose name the certificates are in) had been closed out and liquidated upon his passing. But as many people told me, these certificates were most likely still outstanding since paper certificates are turned in or destroyed when cashed out. It also turned out that the stocks were purchased right before a stock split so the 30 shares could actually be 60 or even 90 shares! So off to my financial advisor I went!! After getting in touch with them and doing some paperwork and research it turns out these certificates ARE still outstanding!!! I am freaking out guys. All shares that were earned after the stocks were split have been liquidated since they weren't issued as paper stocks and were either liquidated over time by my great uncle or sold off when he passed. But these 30 Shares remain! My grandpa and I are going through the process of changing the names on the certificates out of my great uncle's trust so that they will be valid again. Going to the bank!" 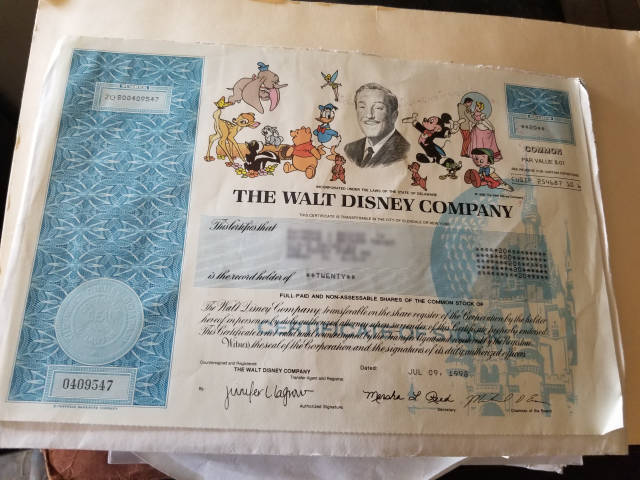