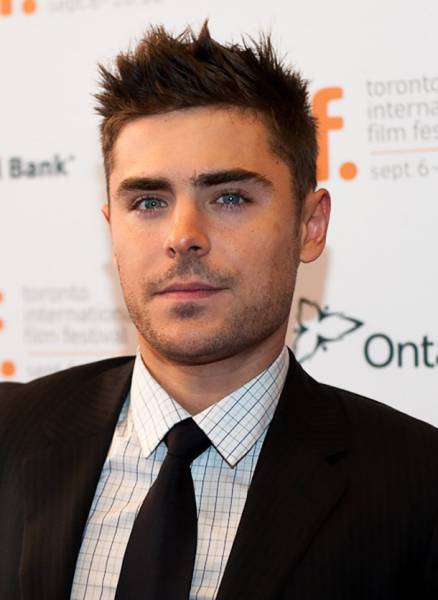 Getting his start on High School Musical, Zac Efron became an instant heartthrob to millions of tweens, and that creates enemies. Many hated his pretty-boy persona and none more than Seth Rogen who flat out admitted he hated Efron before working with him on his movie Neighbors. 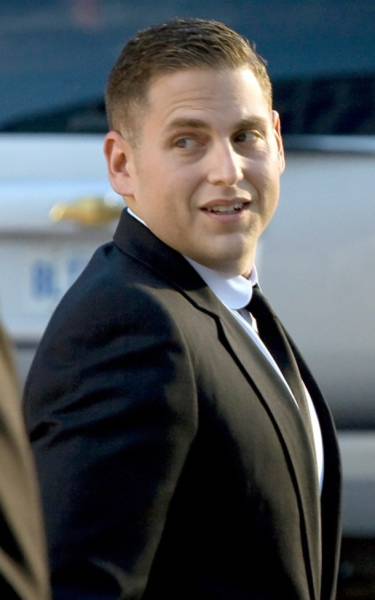 Jonah Hill got his start in a bunch of comedy movies before he slowly transitioned over to more serious roles. He’s known to be a total jerk to his fans. When anyone sees him on the street and asks him for an autograph, he gives them a business card instead. 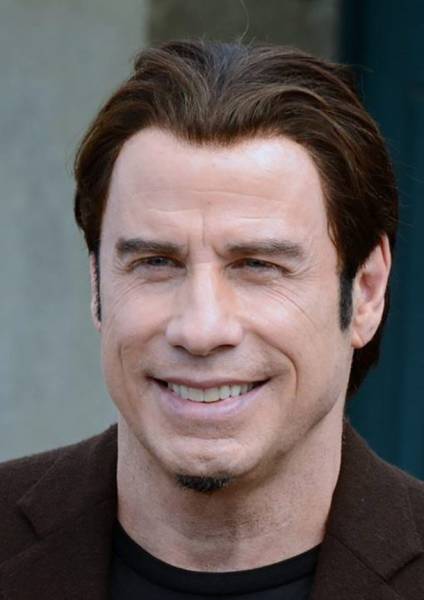 No one really knows where it started, but over time, people started considering John Travolta as something of a creepy uncle. From mispronouncing a name at the Oscars to inappropriate touching, people just stopped liking Travolta. As a result, his movies have suffered, and he’s been making lots of direct to digital films. Plus, the fact that he’s a powerful member of Scientology kind of freaks people out. 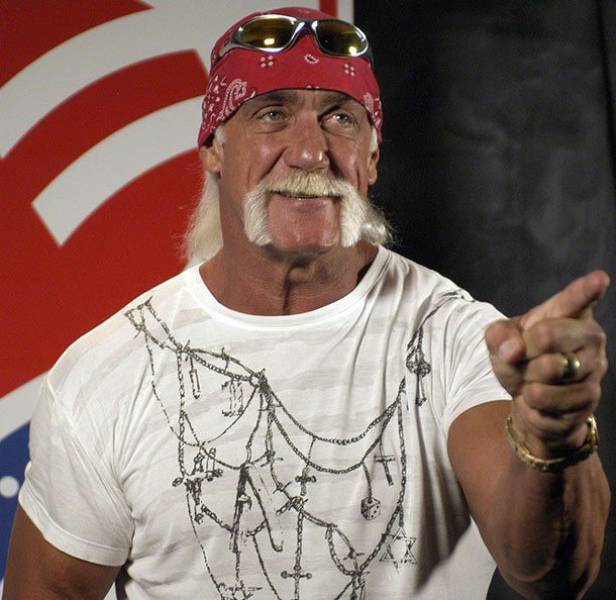 Calling “Hulk Hogan” an actor is kind of a stretch, but he did have a short career in Hollywood back in the day. Acting abilities aside, Hogan has been hated by pretty much everyone for his arrogance, his infidelity, and his racist tirades. 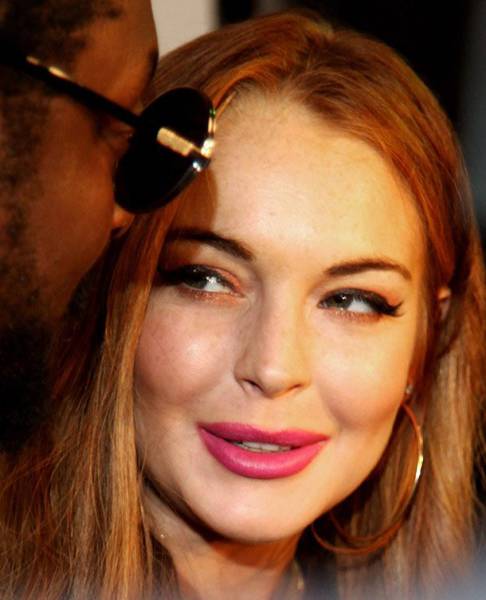 Ever since she became an adult, Lindsay Lohan has had a reputation of being a diva on set, never showing up, making it on time, or you know, doing any of the functional tasks of her job. The consistent drama has pegged her as too risky to hire. So, she doesn’t get much work these days. 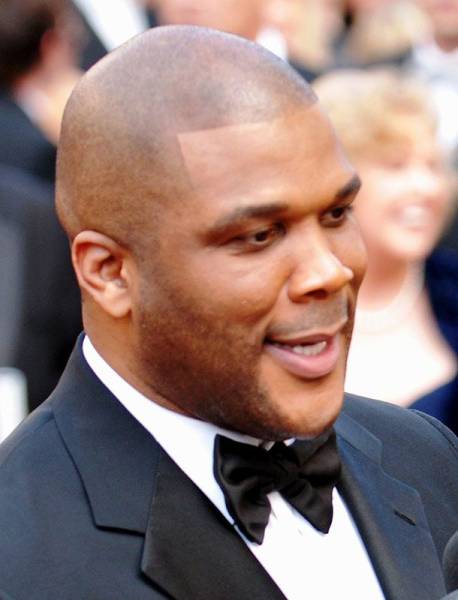 Tyler Perry knows how to draw a crowd and make a pretty penny, casting all reputation and art aside. From the copycatting, horrible sequels, and the awful Madea movies, Tyler Perry will do anything to make money. 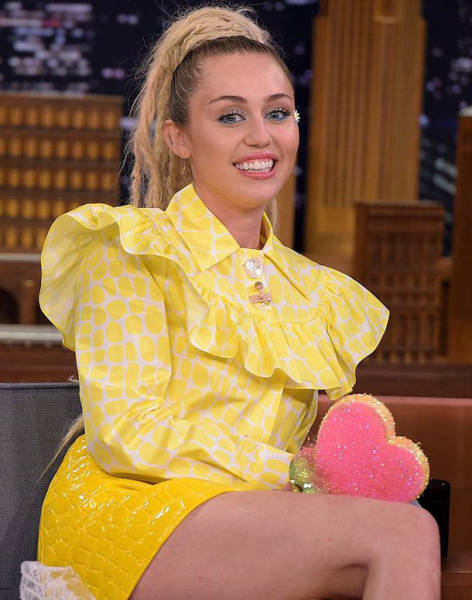 Miley Cyrus is another beloved childhood star actor who most everyone started to loathe after she grew up and became an adult. Trying to shed the goody-goody child star character, she spent a few years going around acting as scandalous as possible. It didn’t take too long for everyone to start hating her. 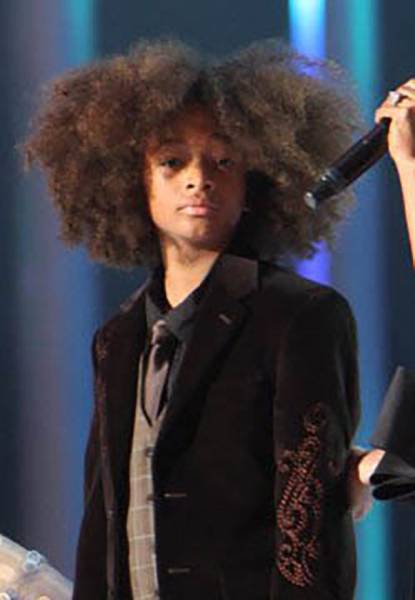 Perhaps it’s the family favoritism or the fact that he comes across as a wise, pretentious philosopher, but whatever it is, Jaden Smith is not liked by too many people. His acting career went down in flames with the horrendous movie After Earth. The insane things he says and wears only adds fuel to the fire. 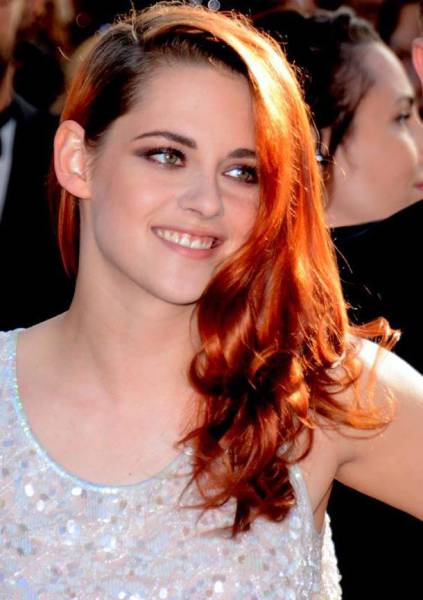 When Kristen Stewart and Robert Pattinson started dating, it was a Twilight fan’s dream come true. However, once it was made public she cheated on Pattinson with Rupert Sanders, the love Twilight fans had for Stewart quickly turned into hatred. Stewart’s been able to keep a steady career going, but she’s mostly now doing indie films and staying out of the spotlight. 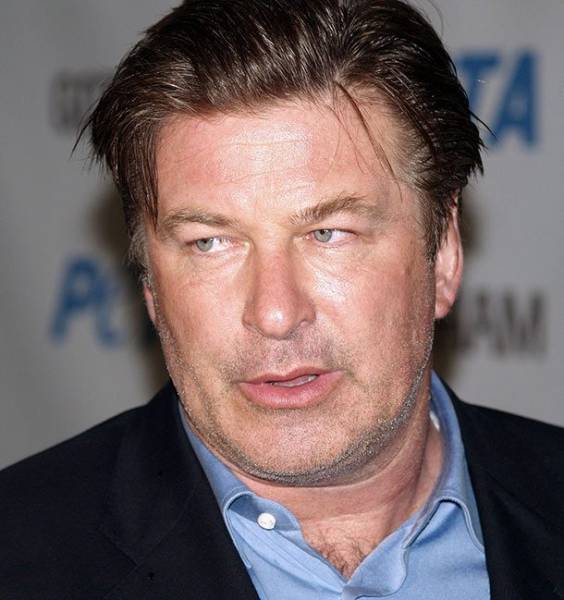 Though he slowly worked his way back into the public’s good graces, Alec Baldwin has been a lightning rod for controversy. He’s been known to go off on rants and tirades on Twitter. And not many people were pleased when they heard him call his eleven-year-old daughter a “rude, thoughtless pig.” 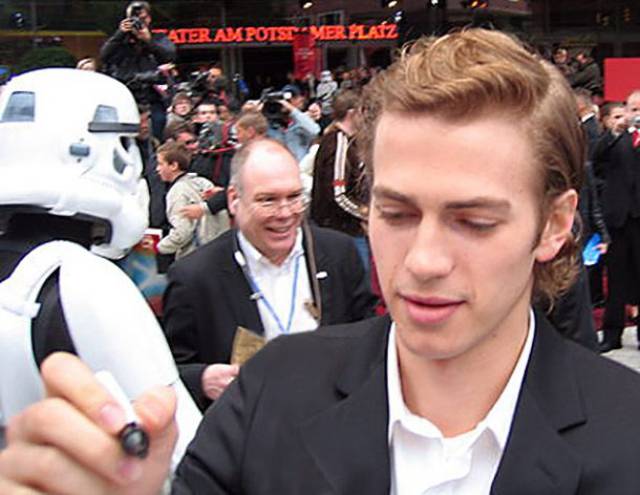 Of all the reasons people might hate Hayden Christensen, the Star Wars prequels are at the top. His wooden and whiny acting ruined a character many loved for such a long time. 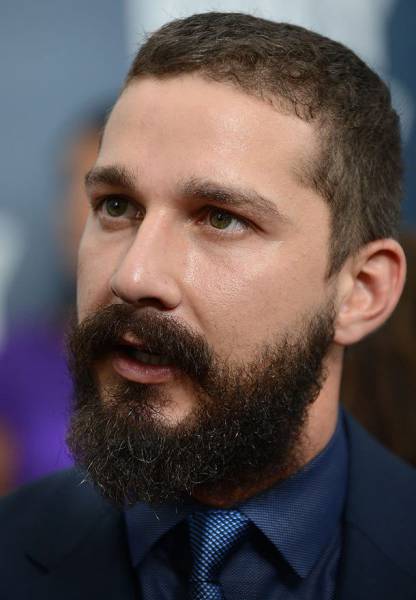 Much like many former child actors before him, Shia LaBeouf went on a journey of self-exploration; in the process, he became super hated for it. From his pretentious stunts, like when he put a paper bag over his head on the red carpet, to his vocal opinions, LaBeouf became so hated that one guy who looked like him was even assaulted for it. 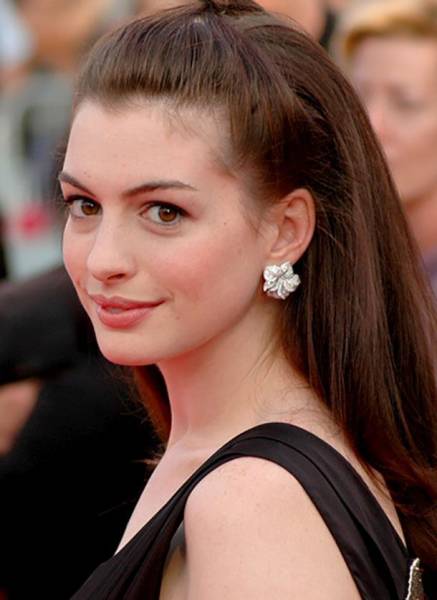 There’s no real reason to hate Anne Hathaway. Despite that, people hate her anyway for made up reasons, like her face or coming across as better than everyone else. Some people think she’s not that talented even though she won an Academy Award. All the reasons brought up to hate her are fairly baseless. Maybe it’s time to stop the hatred and leave her alone? 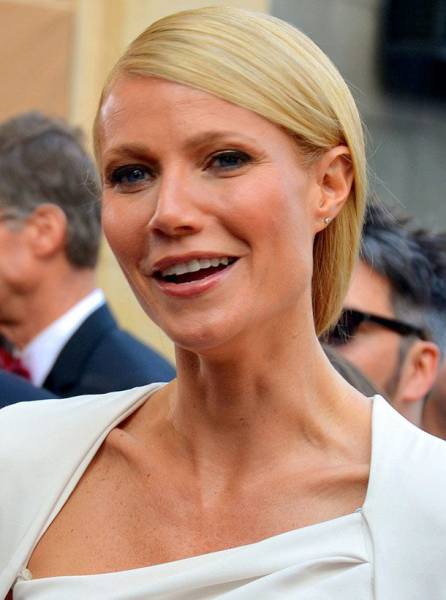 Gwyneth Paltrow was once named the most hated celebrity, but she didn’t quite understand why. Many point to the very fact that she is an uppity elitist, and she’s not remotely aware of it. Some also point to her lifestyle website “Goop,” saying it’s “out of touch with average people.” Plus, when she announced her divorce with Chris Martin, she called it “Consciously Uncoupling.” 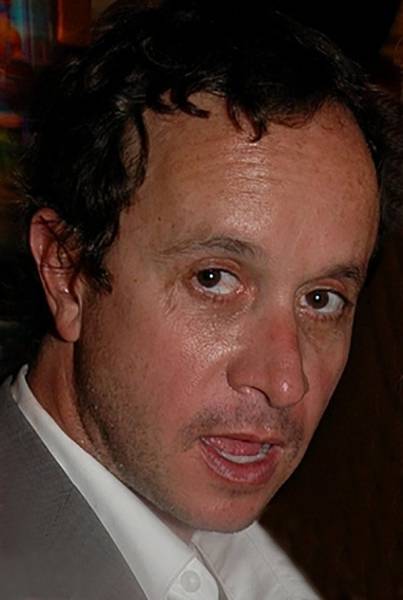 Pauly Shore was a huge comedian in the 90’s but somewhere along the way his star diminished. It’s difficult to point to why people hated him so much. Maybe they realized he was a bad comedian and a horrible actor? It’s doubtful anyone wants a Pauly Shore comeback anytime soon. 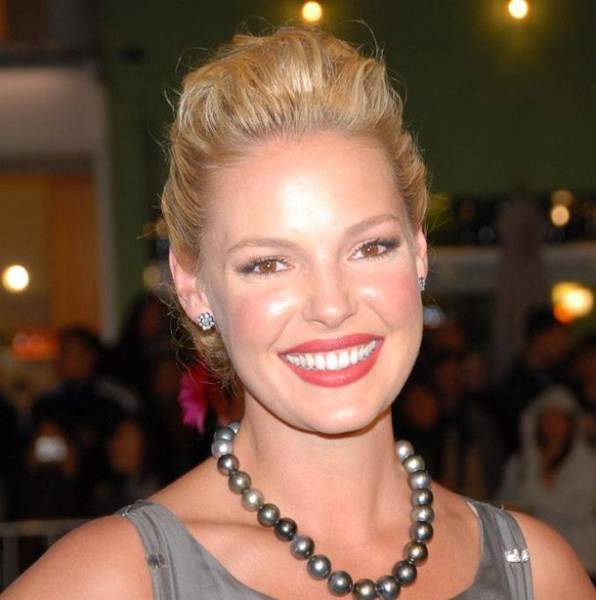 On Grey’s Anatomy, Katherine Heigl was a rising star, and the promise of many Hollywood movie roles started to inflate her ego. She made inflammatory comments about Grey’s Anatomy which was quickly thrown around by the media. The fallout was swift and severe, and she hadn’t been able to make a comeback since. 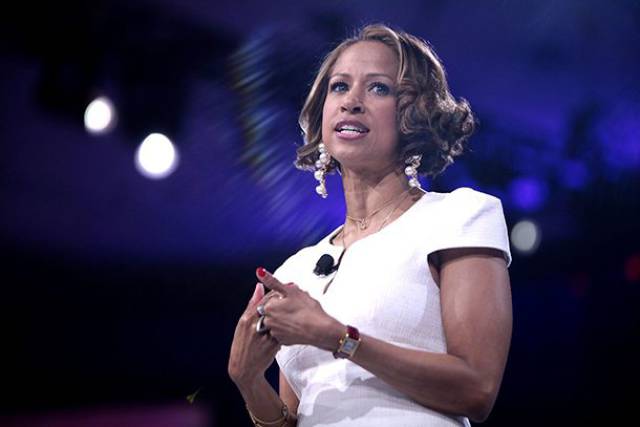 Known mostly for her role in the movie Clueless, Stacey Dash later became a pundit on Fox News to talk about her conservative views on politics. Her views were so unpopular that she eventually got fired by them, saying she was too outrageous. 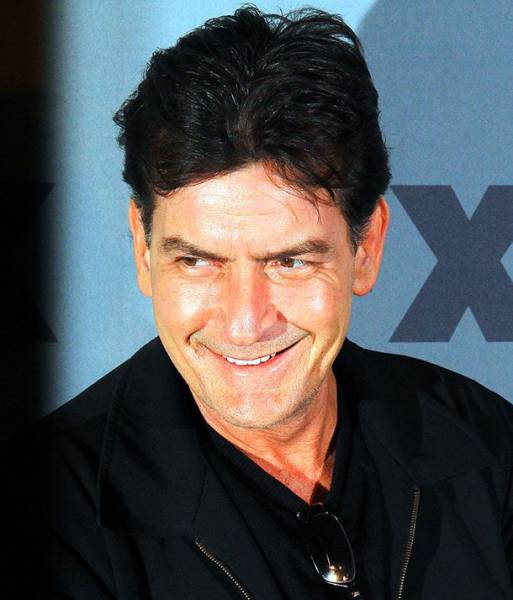 It was kind of a surprise how fast Charlie Sheen went from loved to loathed. While on the hit show Two and a Half Men, Sheen charmed everyone with his edgy wit, but all that ended when he started making horrible decisions that lead to getting divorced and being fired from the show. All of the drama created a media circus around him and suddenly no one really liked him anymore. 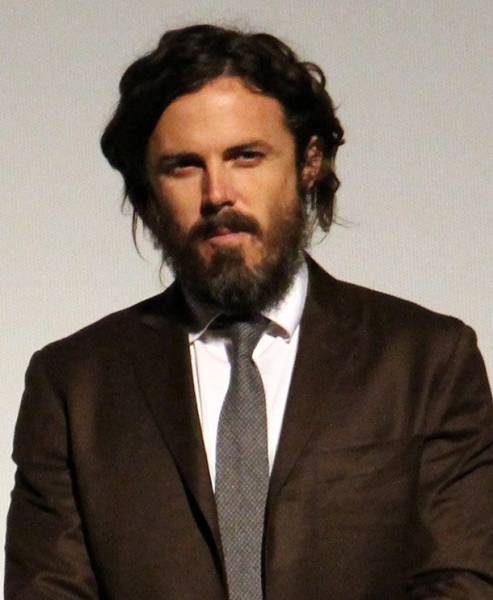 Not too many were pleased when Casey Affleck won his first Academy Award for Best Actor in 2017. Why? Because not too long ago he was accused twice of sexual harassment. Both times he settled out of court, and many believe the settlement was in the millions. 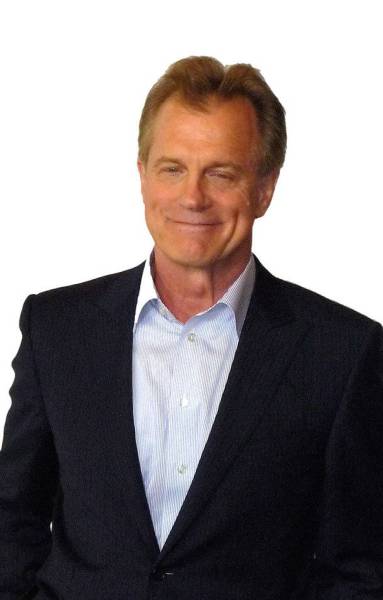 Stephen Collins is a great example of not confusing an actor’s character with the actor themselves. 7th Heaven star Collins was a beloved television dad, playing a pastor with all the right advice and wisdom a loving father can provide. However, fans were shocked to discover Collins admitted to sexually abusing underage girls for years. Understandably, people pretty much hate the guy now. 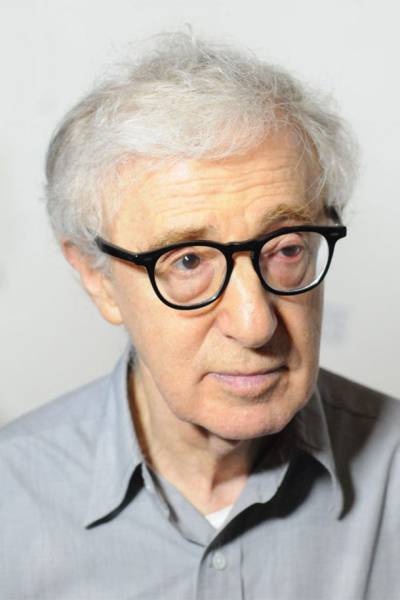 Other than he’s whiny, awkward, and thinks he’s funny but isn’t, Woody Allen is hated because he’s a creepy perv with a history of having relationships with underage girls. To top it all off, he married his 19-year-old stepdaughter. 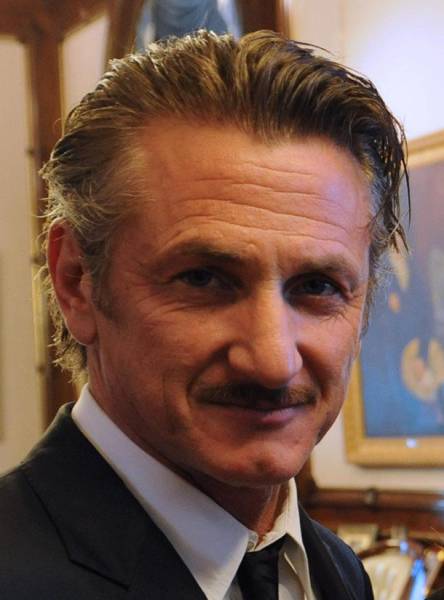 Despite being a philanthropist and award-winning actor, Sean Penn receives the ire of many for his political stunts, like meeting with drug lords and dictators. 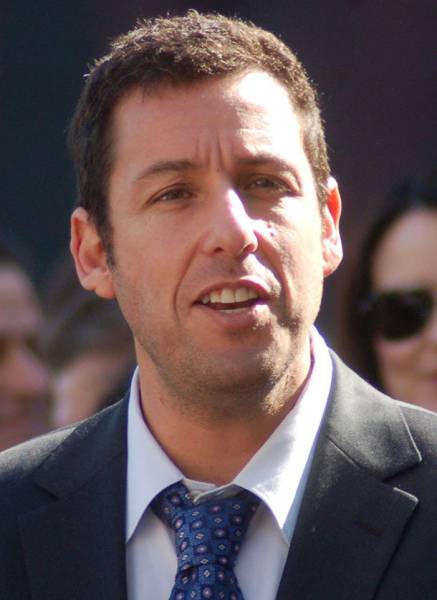 While his movies Billy Madison, Happy Gilmore, and The Wedding Singer provide truckloads of references and one-liners, Adam Sandler hasn’t been able to recreate that magic. Instead, he created monstrosities like Jack and Jill. With a long track record of making awful movies, people weren’t too happy to find out he made a huge movie deal with Netflix. 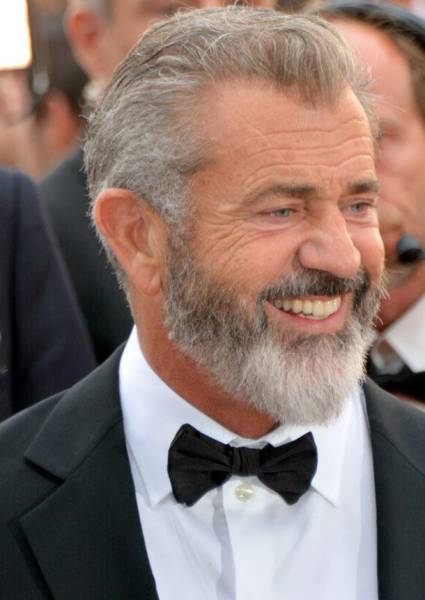 Acclaimed actor and director Mel Gibson’s fortune fell after he was recorded having a massive tirade, making racist comments and verbally assaulting his girlfriend. He was blacklisted by Hollywood for over ten years, and while some are warming to him, it’s doubtful he’ll be fully forgiven. 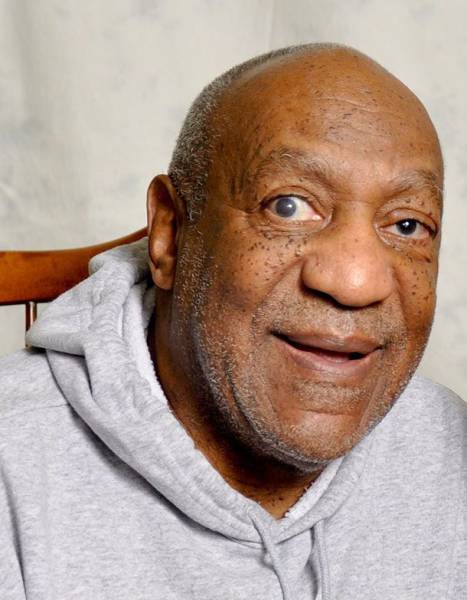 For a long time, everyone loved Bill Cosby. He had the highest rated television show for years, and his stand-up routines were crazy popular. However, all that changed when 35 women came forward, accusing him of sexual abuse and rape. His reputation and legacy have been ruined ever since.