Some Actors Need To Become Absolutely Ripped For Their Roles And They Nail It! (10 pics) 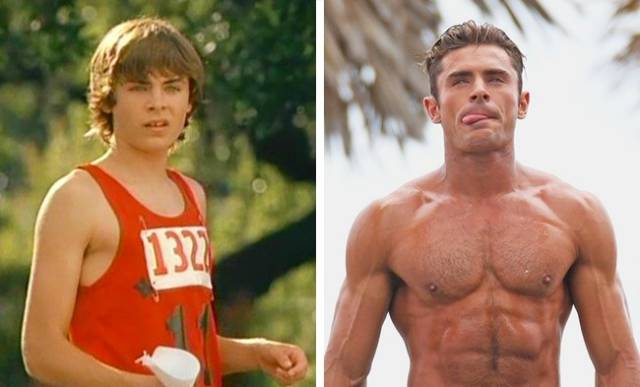 Zac Efron has sure come a long way from being a skinny teenager. His shocking transformation reached its peak after he was cast as a lifeguard in the summer hit Baywatch. To get a beach-worthy physique, he reduced his body fat to an extremely low level and pumped up with his on-screen buddy Dwayne Johnson prior to every shooting. 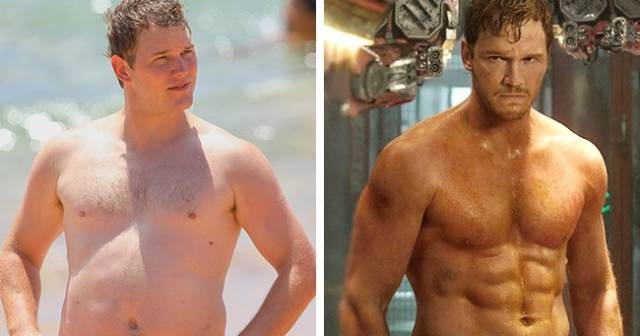 Pratt replaced his beer belly with a 6-pack after getting rid of 60 pounds in a 6-month period. The actor needed a bit of a reshaping for his roles in the blockbuster sequels Guardians of the Galaxy and Jurassic World, which will probably make him stick with his new look for years to come. 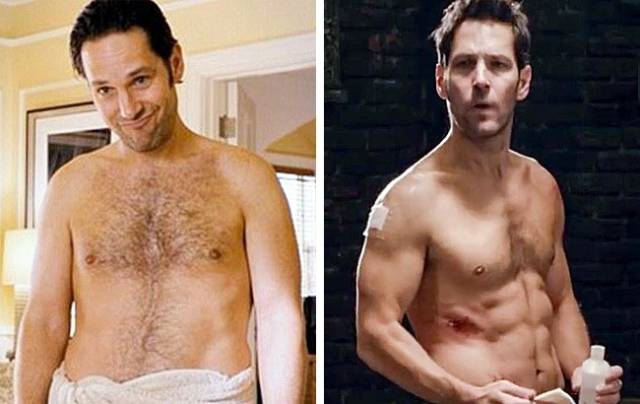 Action movies expect nothing less from their stars than to be in great shape throughout the entire filming process. To bring his best performance to the movie Ant-Man, Paul Rudd needed to build a fit and athletic body, removing anything enjoyable from his diet and focusing on intense exercises every day for a year. Playing a hero comes with sacrifices, after all. 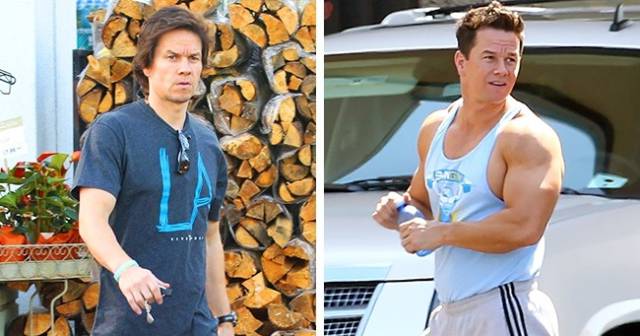 Given 2 months to prepare for his role in the movie Pain & Gain as a bodybuilder, Wahlberg was keeping busy catching up in size to his co-star Dwayne Johnson. He packed on as much as 40 pounds eating up to 10 meals a day. Even though he has eased off a bit, the hard work he put into bulking up is still visible every time he appears on-screen. 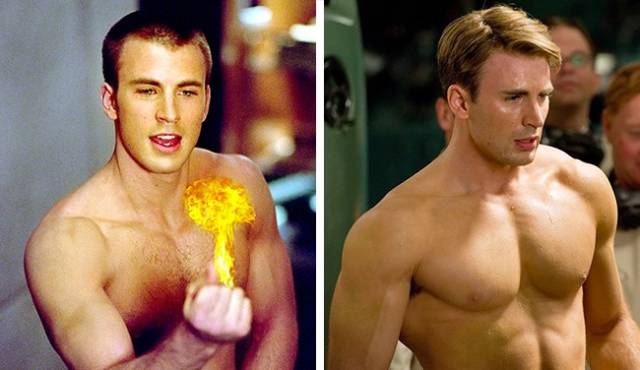 Having played a superhero before, Chris Evans wasn’t in bad condition at all. But when he was accepted for the iconic role of Captain America, he had to take everything to the next level. The actor juggled eating and training whenever he had a break in filming to grow his muscles a little more. 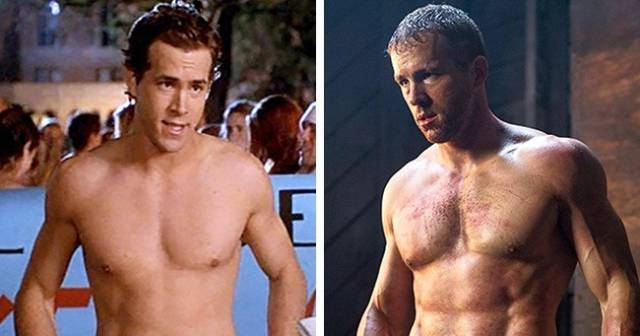 Getting up as early as 4 a.m. in the morning, having a kick-ass training session in the gym, and following it all with an unappetizing cardboard diet. This is the routine Reynolds had to abide by every day to gain the proper superhero look before squeezing himself into his Deadpool costume. 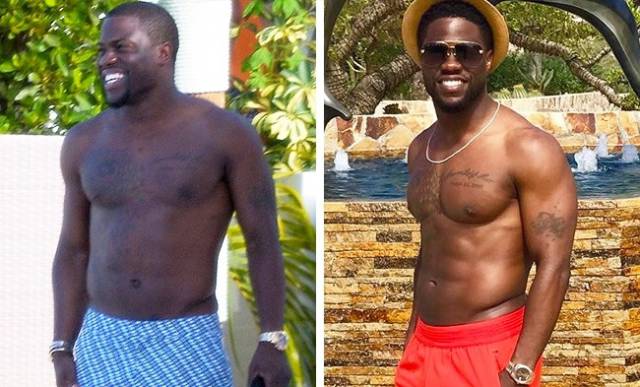 On his journey to becoming a superstar comedian, Kevin Hart’s muscles grew along with his fame as he was training hard to make a real hunk out of himself. His enhanced physical condition got him to the point where he was able to run marathons. Not only has his determination been beneficial for his overall health but it probably won’t set him back in his future acting career either. 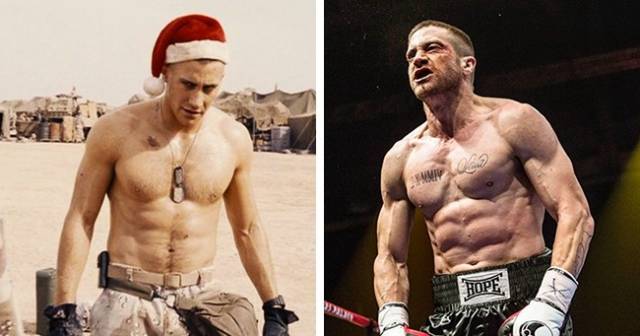 For his part as a champion boxer in Southpaw, Gyllenhaal simply had to present a peak physique. Reportedly, the actor was so committed to bringing his top form that he extended his original 3-hour-per-day workouts to 6 hours, which is probably also why his relationship at the time ended. 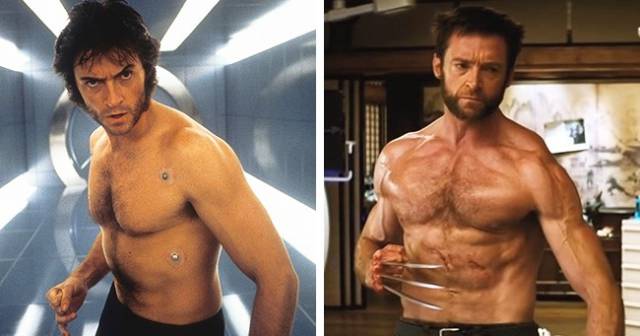 Responsible for bringing the character of Wolverine to life, Hugh Jackman kept a very strict diet while prepping for the movies that demanded an insanely high calorie intake and the absolute elimination of alcohol and sugar. The star even had to dehydrate himself for a day or so every time he did a shirtless scene to be as cut as possible on the set. 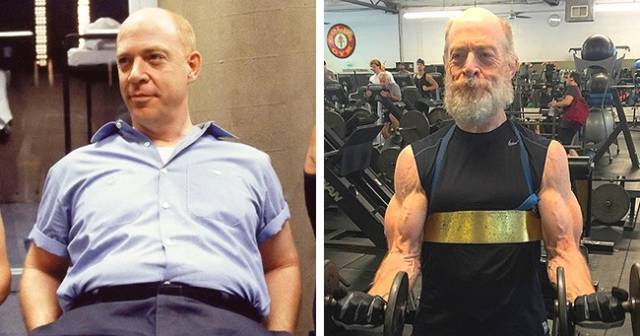 Since working on such projects as Terminator Genisys and Justice League, J. K. Simmons has been fully dedicated to establishing a healthy lifestyle and getting into the best shape possible. The 62-year-old actor got incredibly shredded following an intense routine that few people his age would have the strength and willpower to accomplish.