Trumps aren’t alien to celebrating such holidays, and that’s why the White House transformed into a spooky haunted building. Children from 20 schools in the surrounding area and military families were invited to the event to receive presidential treats and photos with the presidential couple. 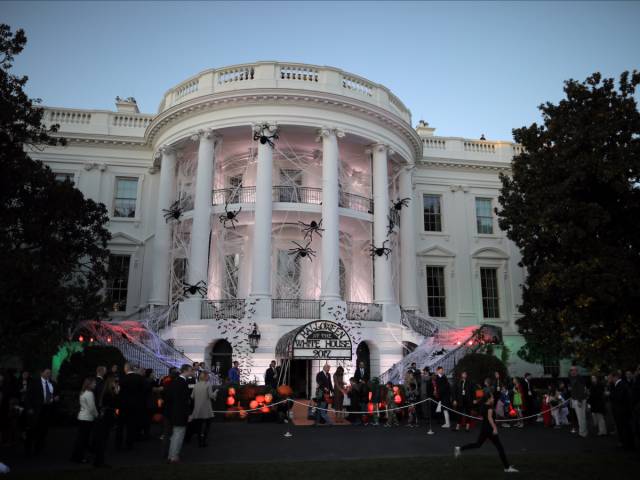 Halloween decorations of previous presidents were scattered across the area. 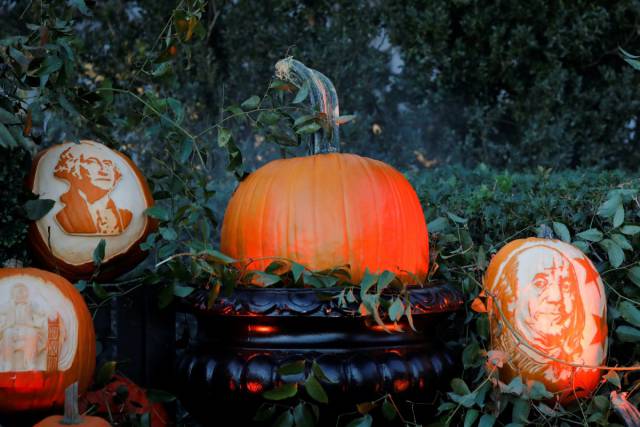 The Trumps greeted the wave of zombies, robots, and other costumed children for the Halloween event. 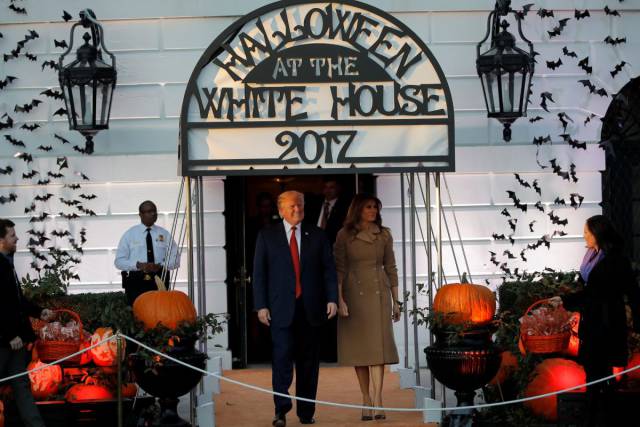 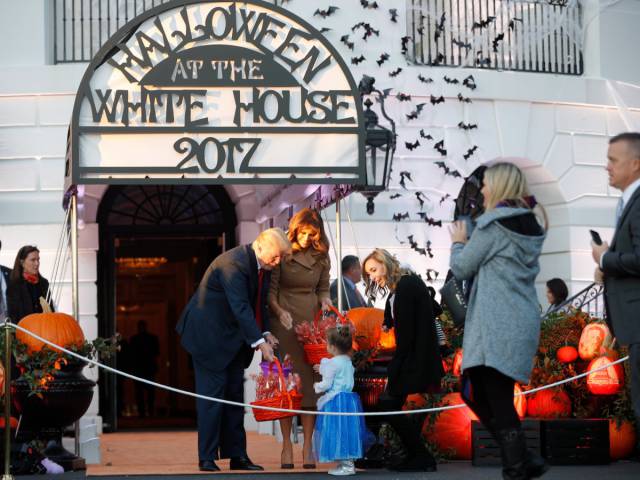 The first lady appeared surprised by one of the costumes ... 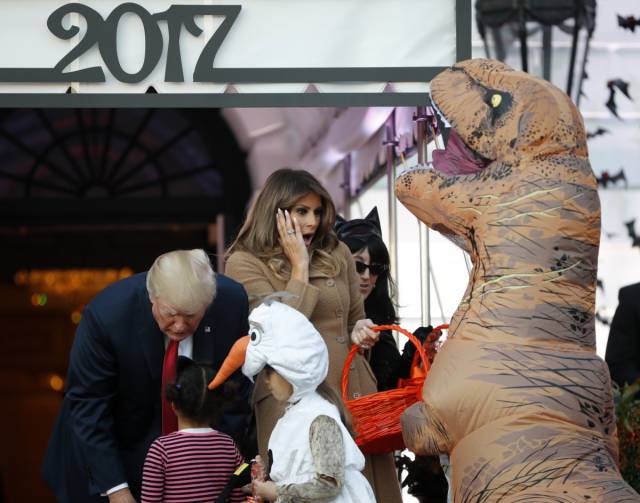 ... while the president gave the T. rex his signature sign of approval. 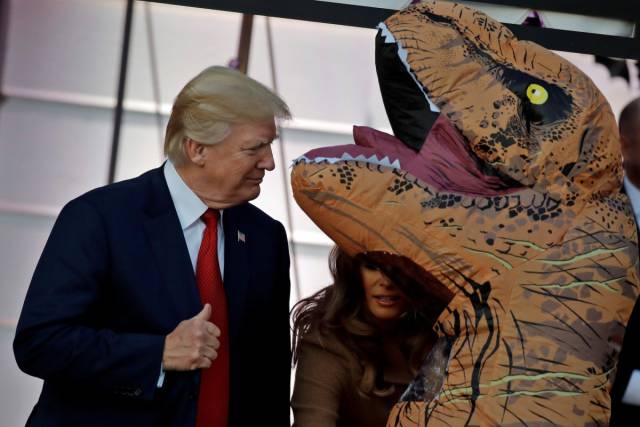 The event was also marked with festive political messages, like this gravestone of Trump's political opponents one visitor brought. 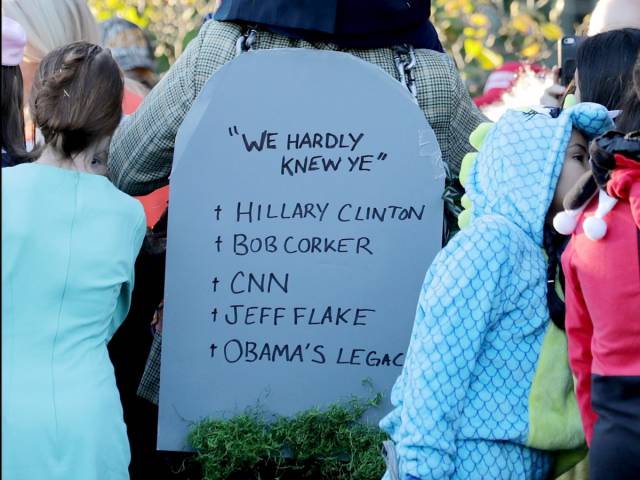 The wave of zombies, pirates, and other costumed children gathered to receive their loot. 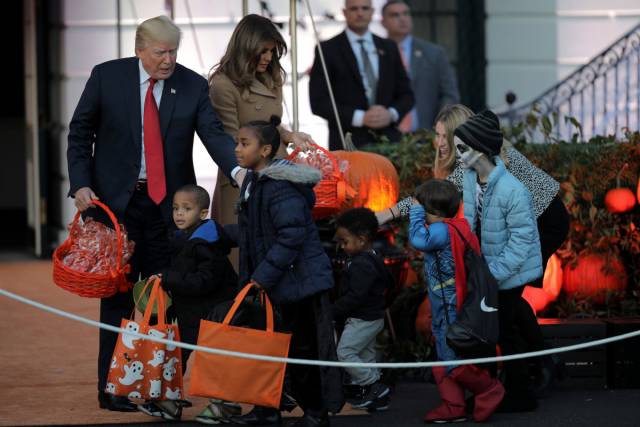 Trump appeared to notice one particular costume and supporter. 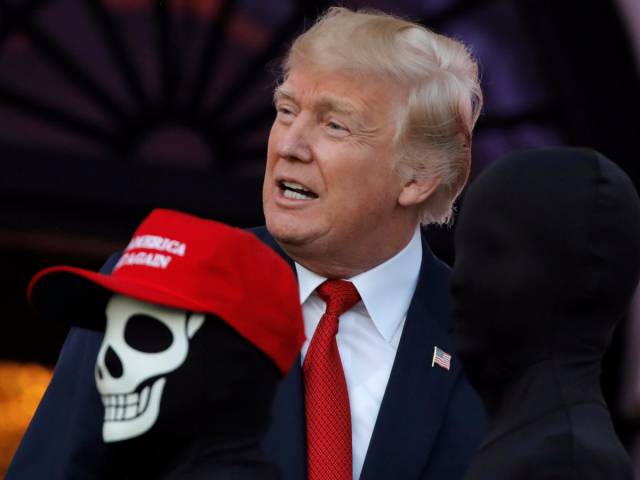 Even Secretary of Veterans Affairs David Shulkin participated in the festivities, in costume. 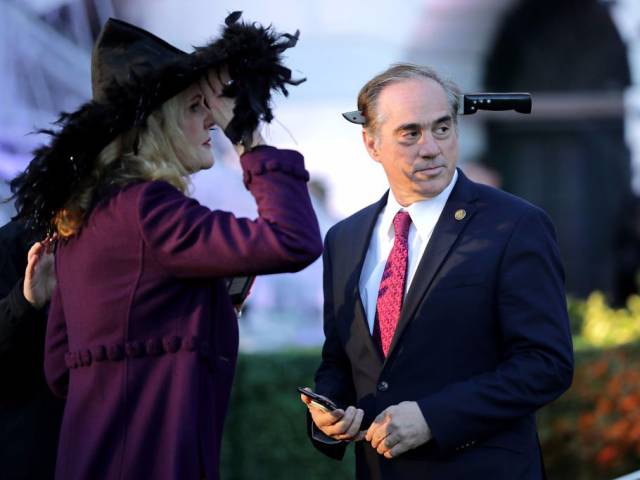 The festive event spans across many presidential administrations. 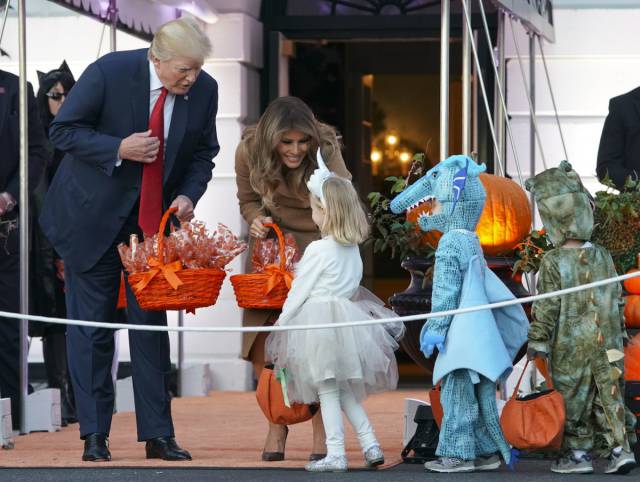 Trump and Melania spoke at length with several of the children about their costumes. 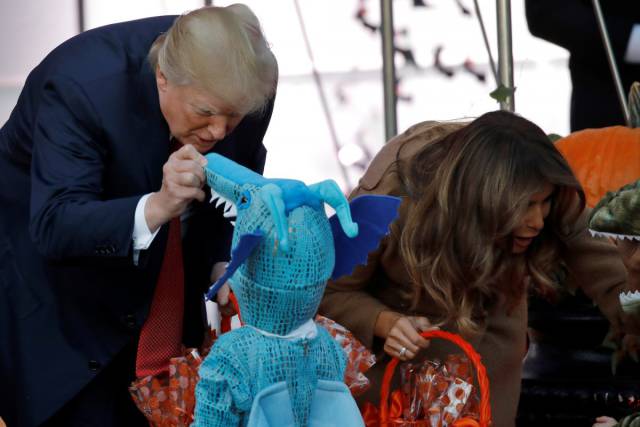 The couple also posed for photographs with the children. 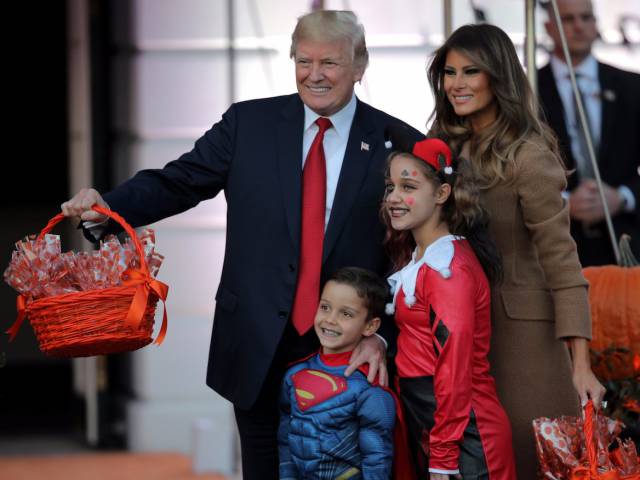 Melania also posted a picture of the decorations from inside the White House on Instagram, proclaiming, "The People's House is ready to celebrate #Halloween2017." 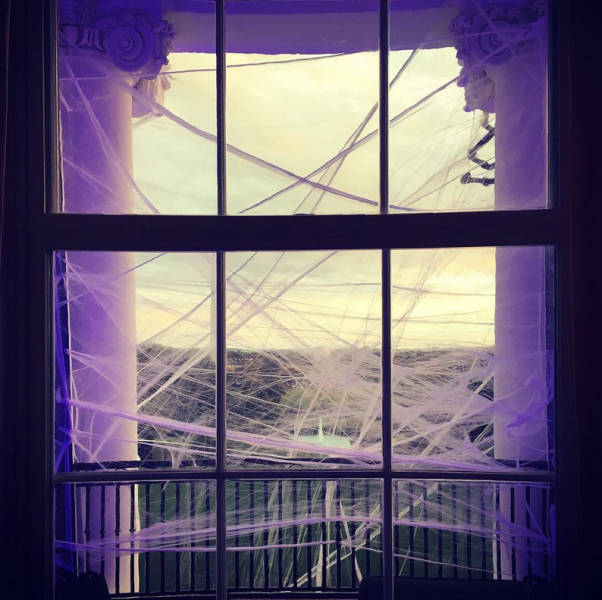