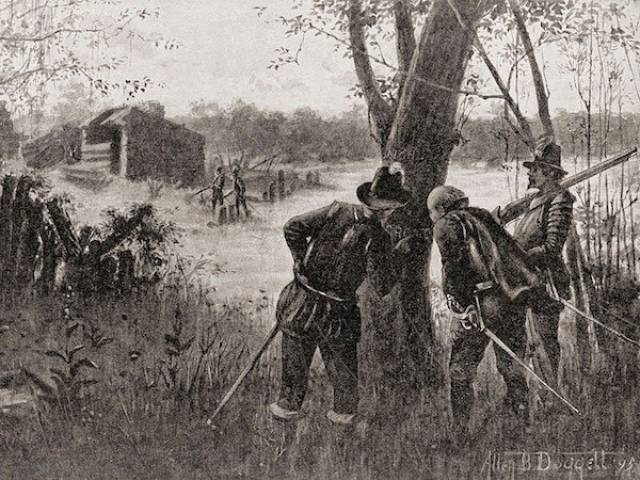 In 1587, a group of 115 British colonists landed at Roanoke Colony off the Island of Roanoke (modern day NC). The Governor of the colony, John White, left the colony a few months after arrival, to go back to England to get supplies, leaving his wife, daughter and granddaughter.

Upon returning to England, his ship was commandeered by the Queen, as a war broke out between England and Spain. It was 3 years until he could return. When he did, the colony was abandoned, leaving only the word “CROATOAN” carved into a tree. No one knows what happened to the colonists.