Chinese Laborers. The idea of foreigners taking local jobs is not isolated to the United States nor modern times. Long before the working class of the U.S. blamed Mexicans for taking their jobs, it was the Chinese. Immigrants from China worked for less than their American counterparts, $1.00 a day instead of $2.50. They also required less of their employers. They moved and managed their own labor camps, unlike the white laborers who demanded help. 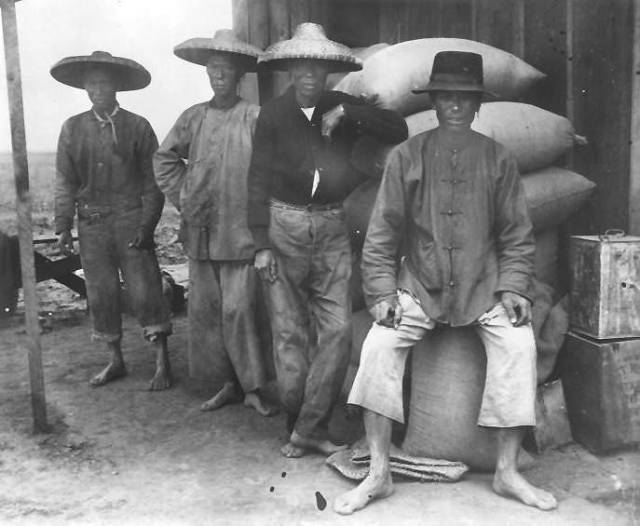 True Cowboys. These true cowboys of the Wild West are not what one tends to imagine. They were hardworking laborers, who wrangled cows on horseback. Life was simple, dirty, and happy for most of them. The guns they carried were more a matter of fashion than protection from outlaws; good for putting down a sick animal or fighting off a wild one. 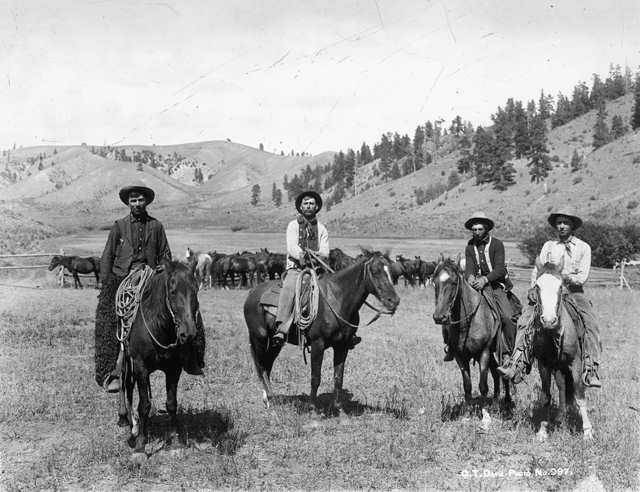 Terry’s Texas Rangers. Assembled in 1861, by Colonel Benjamin Franklin Terry for the Confederate Army, the 8th Texas Cavalry was a fierce regiment of fighters. Folks called them Terry’s Texas Rangers for short. In their four years together, they fought in 275 engagements over seven states. In 1865, they surrendered with the Tennessee Army. 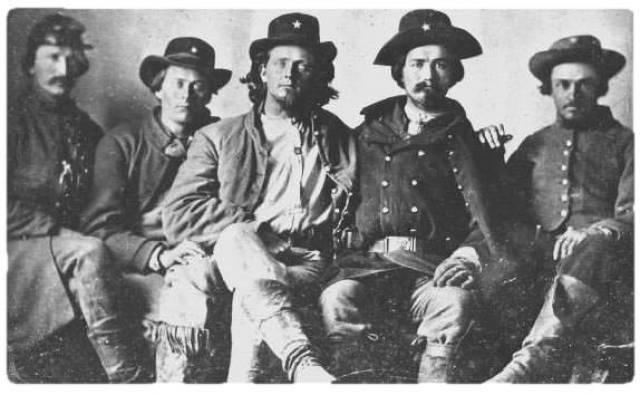 General Custer. Born George Armstrong Custer, on December 5, 1839, Custer made his way up the ranks of the U.S. Army during the Civil War and the Indian Wars. He graduated from West Point in 1857 but at the bottom of his class. That might be why lost the Battle of Little Bighorn against a fierce Lakota-Cheyenne coalition. 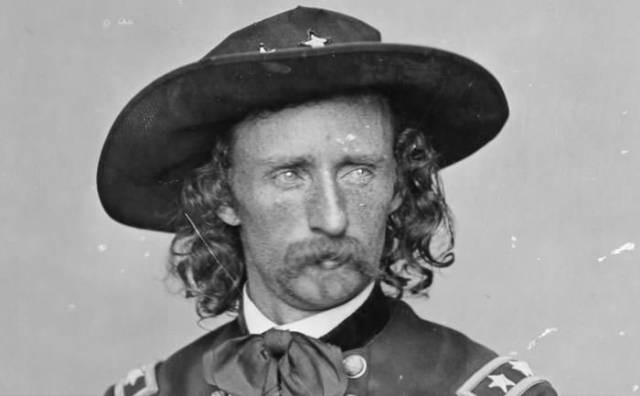 Belle Star was another female outlaw in the Wild West. She was born on February 5, 1848, named Myra Maybelle Shirley Reed Starr, but better known as Belle Star. An outlaw, yes, but she was also a lady, She rode sidesaddle because that’s how ladies rode a horse, but she still carried two pistols at all times. Star was a horse thief or that’s what they were able to pin on her. She died of a gunshot wound in 1899, the source of which remains a mystery. 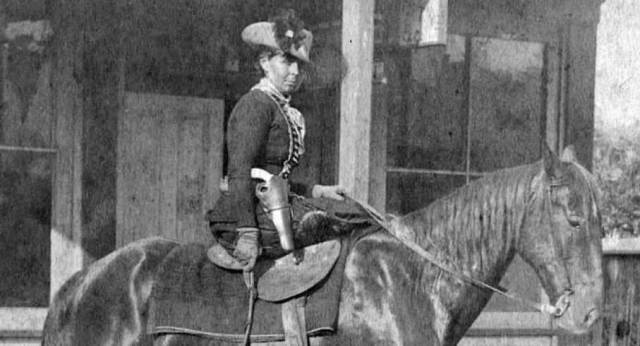 Sierra Nevada Mountain Trail. Crossing the fields of the Midwest were not so bad, save crossing rivers and dealing with bandits. It was the trek over the Sierra Nevada Mountains that proved challenging. It was dangerous. Wealthy travelers hired armed men to keep them safe on the dangerous trails. Nobody, however, could keep travelers safe from rock slides. 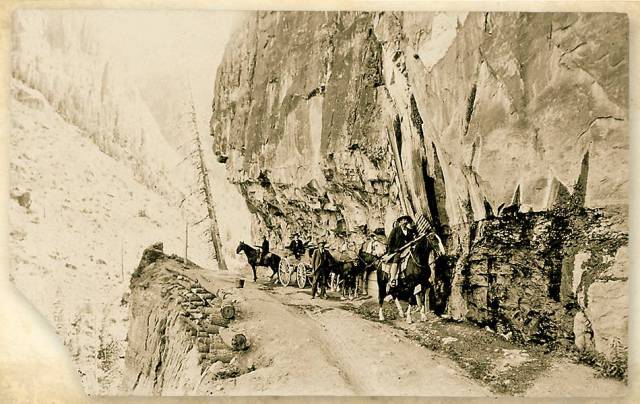 Kit Carson. Born in 1809, Christopher Houston Carson was a frontiersman, a mountain man, and a trapper, who was key to the development of California later in life. People knew him as Kit Carson. He spent a good deal of time with Native people during his life. Carson married three times in his life, twice to Native American women. The third woman was a Mexican. 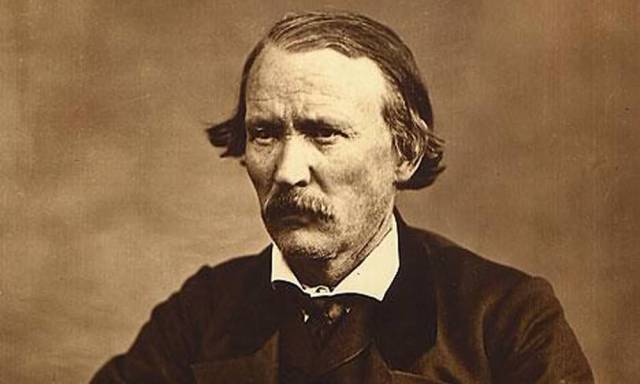 Pearl Hart. Born Pearl Taylor, Hart was a Canadian-born outlaw who made a name robbing stagecoaches. She was also one of the few female outlaws of the Wild West. Inspired by Buffalo Bill’s Wild West Show, Hart left her husband at age 22 to chase the Wild West. He found her and talked her into coming home, but she left him again, then robbed a stagecoach on a whim in Arizona. That started a string of robberies, which caught up to her that same year. They arrested her, and despite a brief escape, she spent three years on a five-year sentence. 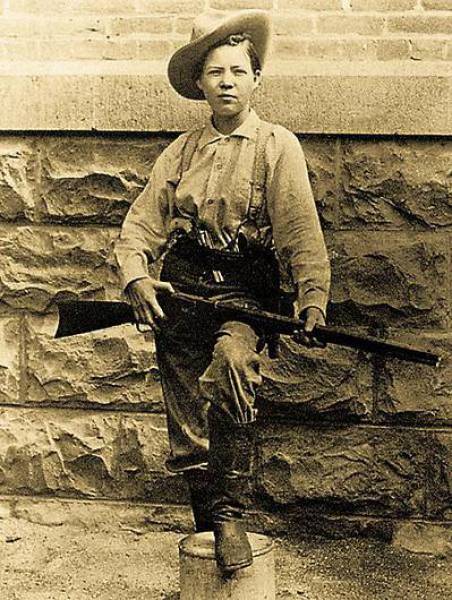 Bloody Bill. His parents didn’t name him that. When they had him in 1840, they called him William T. Anderson. Bill, as he preferred, worked on the Confederate side of the Civil War. He was a leader of the Quantrill’s Raiders, a band of guerrillas who went rotten. His band targeted Union loyalists in Missouri and Kansas. In September 1864, in Centralia, Missouri, Bill’s band killed some 124 Union soldiers in an attack. A month later, at age 24, Bill died in battle. Someone snapped this image several hours after he passed. 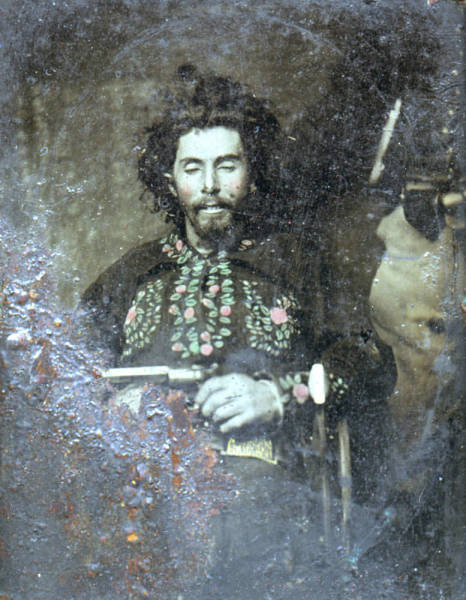 Rufus Buck Gang. A unique gang of outlaws, the Rufus Buck Gang was a collection of black and Creek Indian men. They were not a group of misunderstood outlaws. These were bad men. Operating in the Arkansas-Oklahoma area from 1895 to 1896, history remembers them for robbery, murder, and rape. No surprise, when the law finally caught up with the Gang, the people hung them. 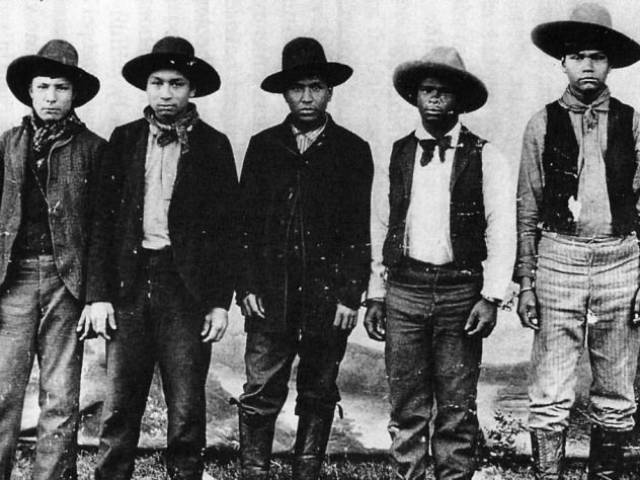 Mining Money. Montana—1889. The story of mining hasn’t changed much in the last 200 years. It was dirty work, where owners made bank, and laborers made decent wages, but at a cost. The dangers associated with mining were high. If it wasn’t collapsed mines, it was noxious gases, inhaled crud or the constant pain from working in a hunched over position. 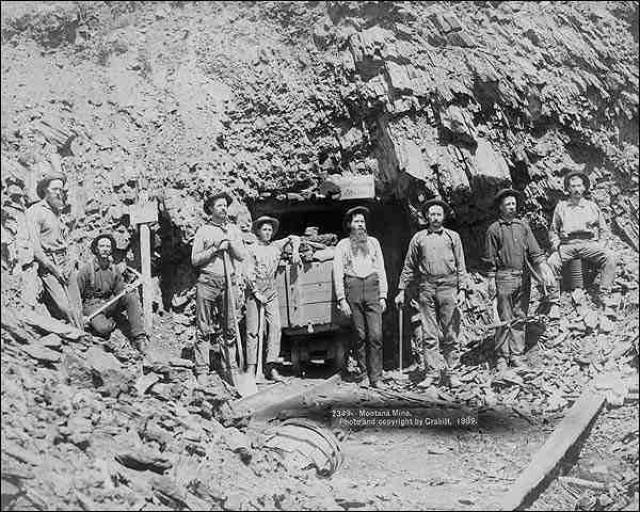 Wild Western Man. This image appeared in a Kansas City newspaper. What’s interesting about the image is how it captures the traditional clothing worn by cowboys. Large brimmed hats, in this case, a Mexican sombrero-style hat, were less about fashion and more about function. The brim kept the oppressive sun off the body, enough to keep a cowboy from overheating. 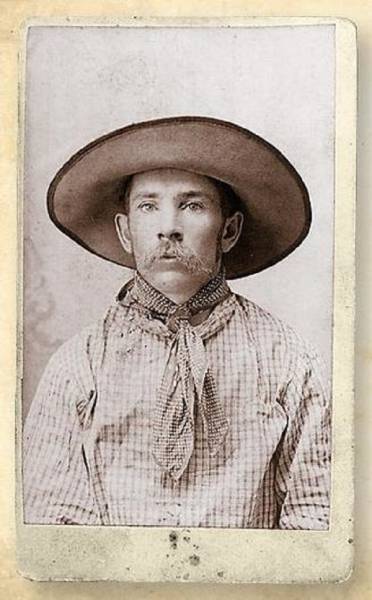 19th Century Move. Making the move west started long before humans Paved Route 66 to Hollywood. In the 19th century, however, it was a more treacherous journey. This is a couple taking a break in Kansas en route to the fancy Wild West. What would possess someone to brave the elements, wild animals, and nut jobs on the route is beyond this writer. 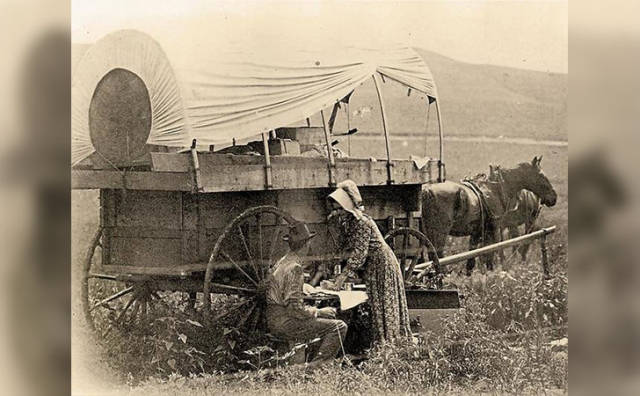 John C. H. Grabill started life in Ohio but relocated at a young age with his family to Illinois. Grabill started working in mines, but took an interest in photography and started taking historic photos. Grabill built a reputation for capturing the Wild West, starting in South Dakota, but expanded into Wyoming, and Colorado. The Library of Congress has 188 photos on file captured by Grabill. 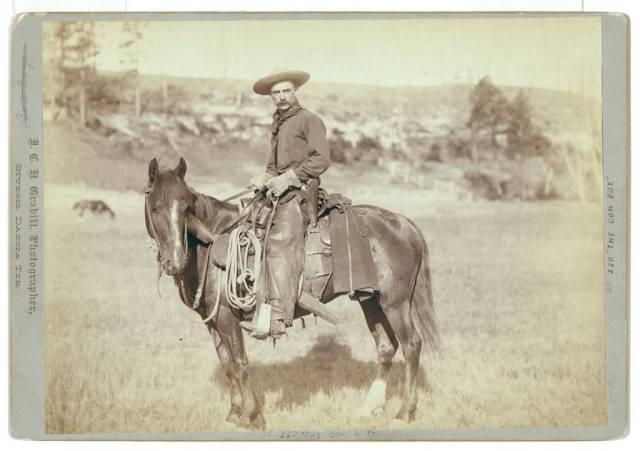 Wild Bill Hickok. James Butler Hickok, or Wild Bill as most folks knew him, was a gunslinger. He was fast, considered the fastest shot in the West, but likely a result of his overinflated reputation. The biggest contributor to that mystique was Bill himself. The tales that he killed some 100 people or so was the wildest lie told about him. He maybe took out seven people, tops, during his time on the planet. 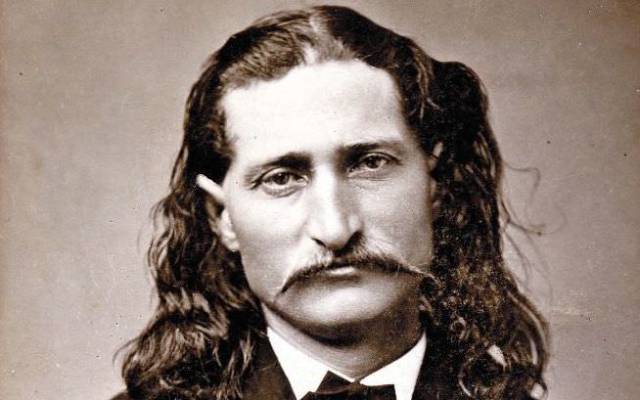 Buffalo Bill’s Cowboys. The centerpiece of Bill’s show was the cowboys. Men who worked for Bill would re-enact gunfights, using real bullets. They were sharpshooters, who had to audition to prove their skill because gunshot deaths really spoil a good show. Those cowboys made good money and traveled quite a bit, so it wasn’t a bad life. 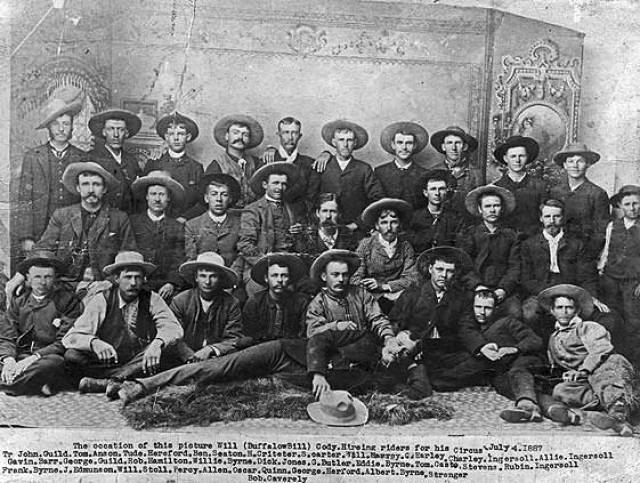 Buffalo Bill’s Grass Dancers. William Fredrich Cody, Buffalo Bill as history remembers him, started life in modern-day Iowa. He was a hunter, a scout, and a Union soldier in the Civil War. When he was 23, he created a show called Buffalo Bill’s Wild West. As part of the show, two Oglala Lakota Indians, Elk and Black Elk, performed dances wearing traditional native gear, shells, and bells. They traveled with Bill as far as Europe, dancing for crowds and royalty. 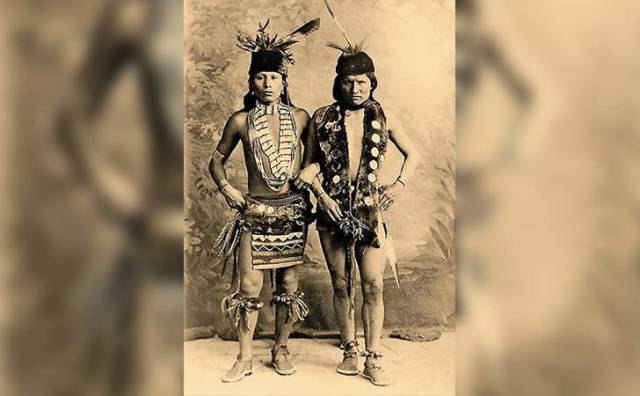 Pistols. Owning a gun in the Wild West wasn’t such a rarity, but pistols and their ilk were like fashion accessories. The gun a man carried said something about him. That, and they’re basically the most phallic thing on tintype. Anytime a cowboy was the subject of a photo, he made sure to let the world see the size of his gun. 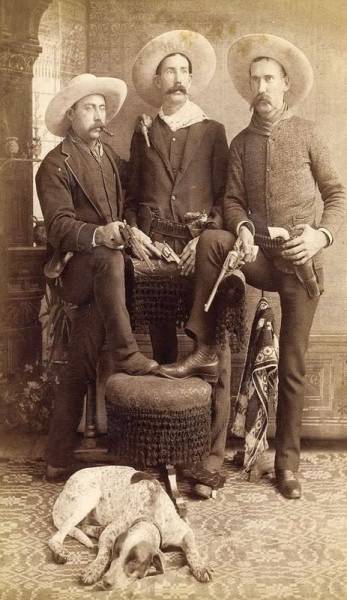 Kraemer’s Saloon. Notice anything weird about this bar? Nope. It looks like many bars one would find in towns all over the world. This one, from Michigan (not so Wild Westy, I know) captures the unspoken standard of alcohol sales. Inside, a bar would stretch along one wall where patrons could enjoy refreshments. The end. 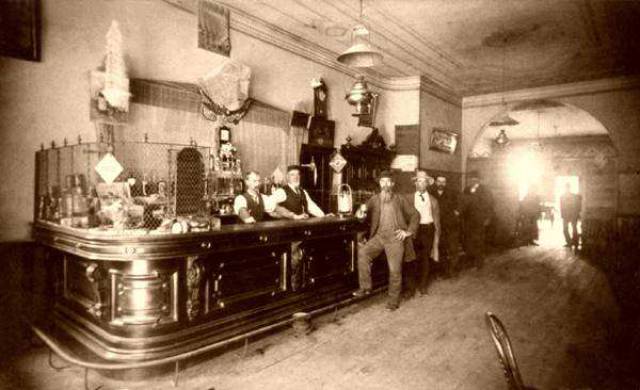 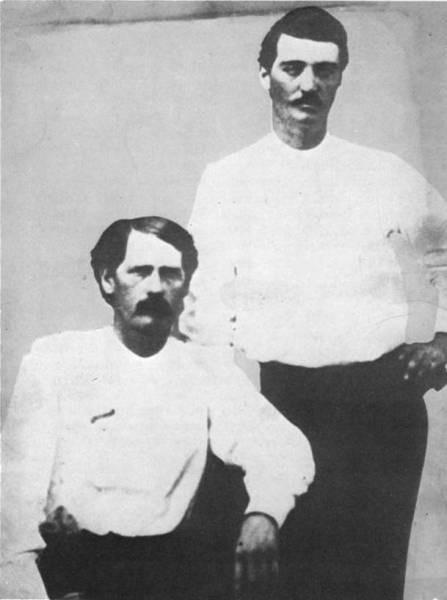 Buffalo Soldier. Speaking of Buffalo… History has muddied the definitions of the Buffalo Soldier. Most references include any black soldier part of the U.S. Army formed around 1866. The true Buffalo Soldiers were the 10th Cavalry Regiment, first organized on September 21, 1866, at Fort Leavenworth, Kansas. Native Americans gave them that name due to their hair, which curled like the bison. 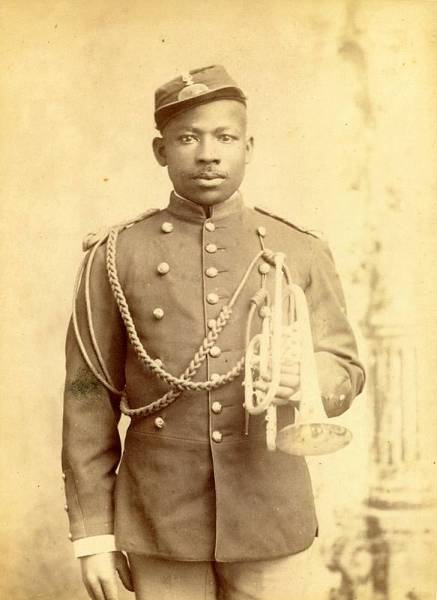 Buffalo Bill’s Wild West. Bill’s Show, which began in 1883, ran for several decades under variations of the same name. They were like a circus, a traveling show of acts and tents. The show, which made annual appearances, featured some recognizable names, Annie Oakley, and Calamity Jane. They depicted famous scenes from the Wild West, the ride of the Pony Express, Custer’s Last Stand, and more. Bill took his show to England, playing it for Queen Victoria in 1887. For five months they toured the cities of Great Britain. 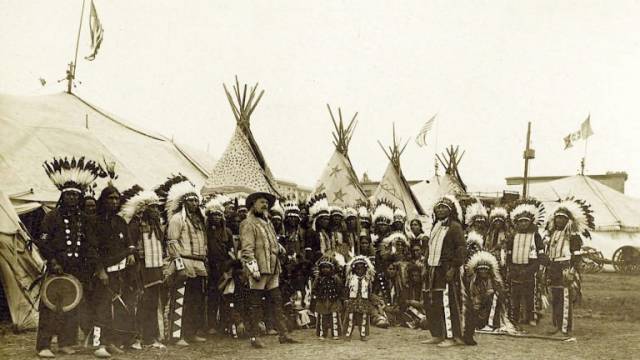 Olive Oatman. Relax. This is not a vampire who’s recently feasted on the neck of her last victim. Those marks on her chin are tattoos. Oatman, was 14-years-old when an unconfirmed tribe of Native Americans killed her family. That was in 1851. Only she and her younger sister survived, traded to a band of Mohave who tattooed both sisters. Oatman’s sister did not survive the ordeal, dying of starvation before they released Olive. 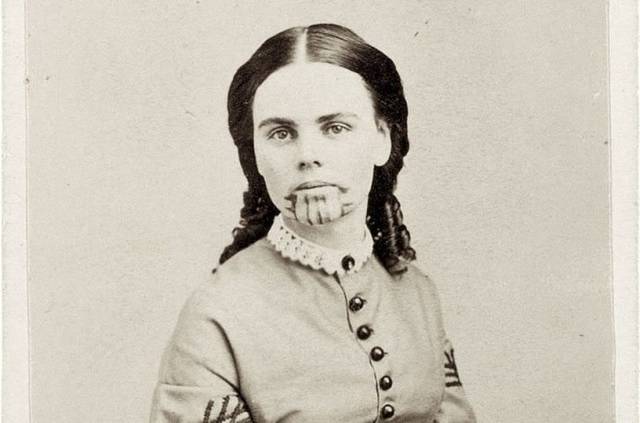 Ambrotype Photograph. Before tintype photographs became the norm, for about ten years photographers captured images on Ambrotype. The Ambrotype replaced the Daguerreotype, the first commercially available method of photography. With Ambrotype, instead of using paper, the method imprinted the images on glass. They were original images, only duplicated by taking a photograph of the picture. 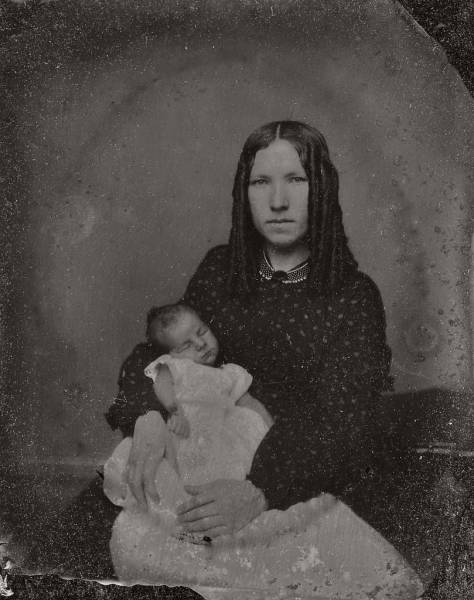 Death Valley, California. At 282 feet below sea-level, Death Valley is one of the most inhospitable places in California—nay—the United States. Temperatures in the hottest time of year can regularly exceed 120 degrees Fahrenheit. In fact, at 134 Fahrenheit, Death Valley maintains the highest temperature on record. While the Valley of Death has little to offer besides a place to hide where nobody will bother to look, it was also a good place to mine borax. 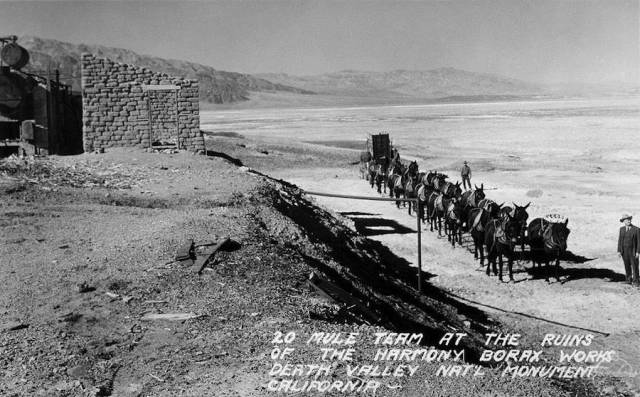 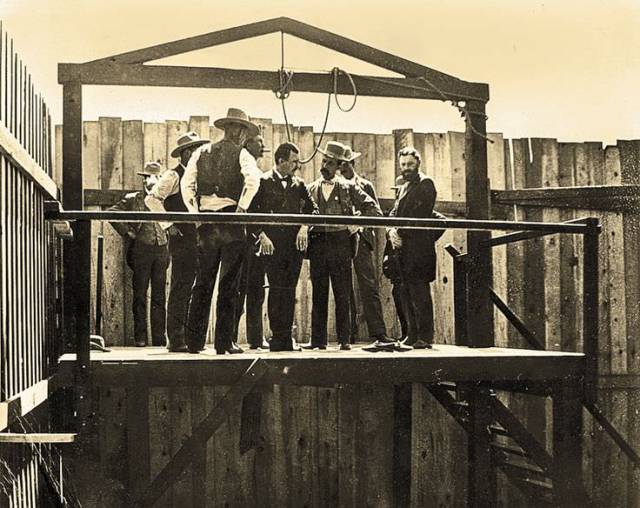