Many Things We Know About Space Are Just Wrong (25 pics)

Astronauts are weightless in orbit

Well, sort of. The only reason you see them floating around in the space shuttle is because the shuttle is actually in free fall with the astronauts inside it. So why don’t they smash into the Earth? Simplistically, they are moving too fast laterally and so they keep missing the ground. That’s right, they just keep falling over the horizon. 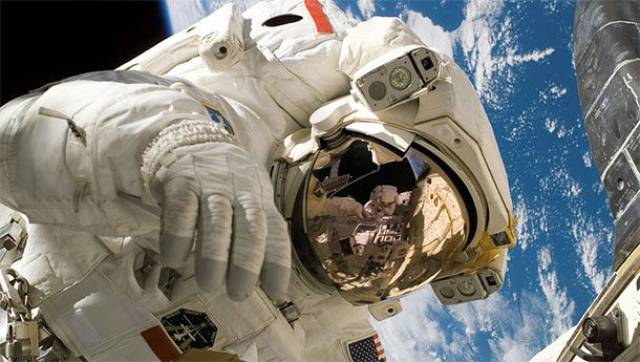 The sun is yellow

It’s actually white. The reason it looks yellow most of the time is because of the distortion from our atmosphere. 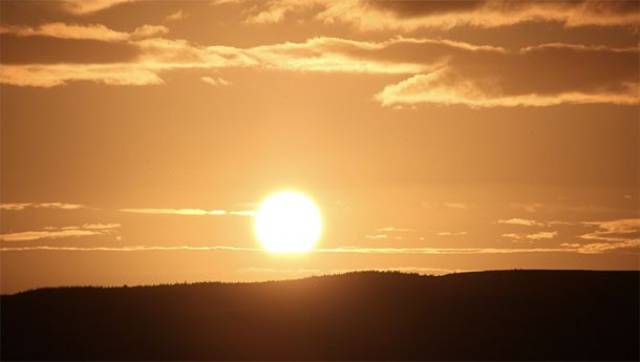 Usually, no. 99% of communication travels via undersea cables. Only a small portion is bounced off of satellites. 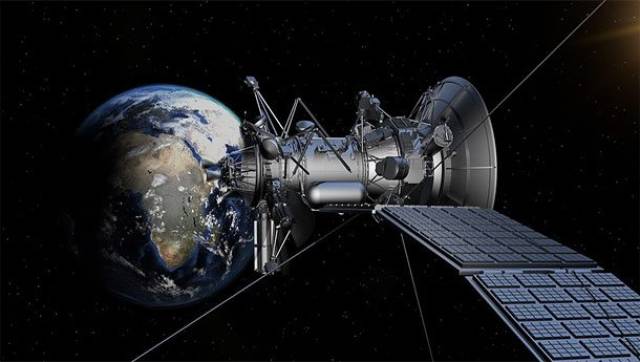 It would be dangerous to fly through an asteroid belt

If you’ve seen Star Wars, then you know what we’re talking about. The truth, however, is that if you actually did fly through an asteroid belt, you probably wouldn’t even notice. The density of asteroids is significantly lower than Hollywood leads us to believe. 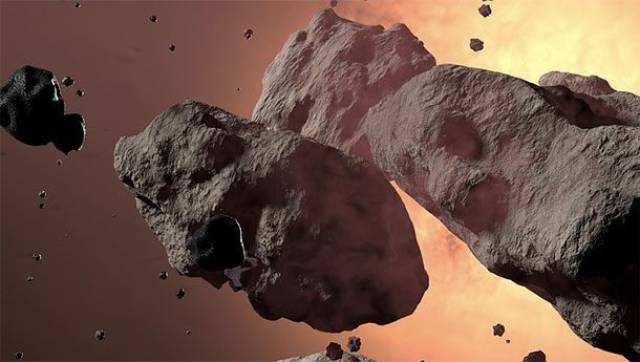 Nope, the Great Wall isn’t actually all that visible. From the ISS, at about 250 miles up, you can see the Great Wall along with numerous other man-made structures, but it’s definitely not the most visible imprint of man on our planet. 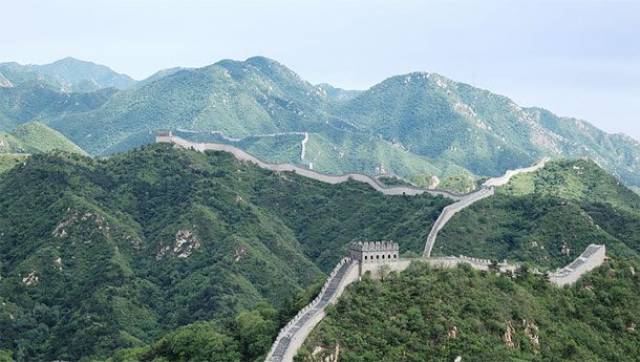 Earth is a perfect sphere

Due to its spin, the Earth actually bulges at the equator. 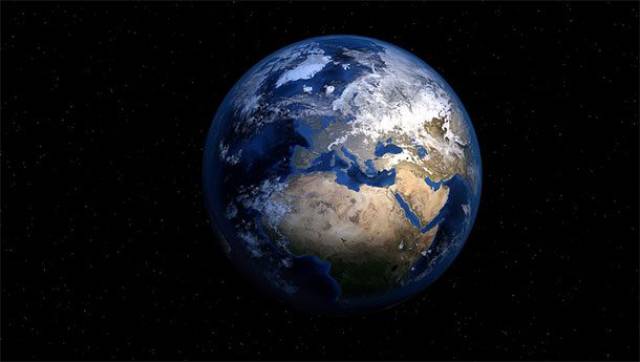 Mercury is the hottest planet

You may be tempted to think that because it’s so close to the sun, Mercury must be the hottest planet in the Solar System. You’d be wrong though. Venus’s atmosphere ensures that its surface is on average 480 C (900 F) while Mercury’s surface averages 167 C (332 F). 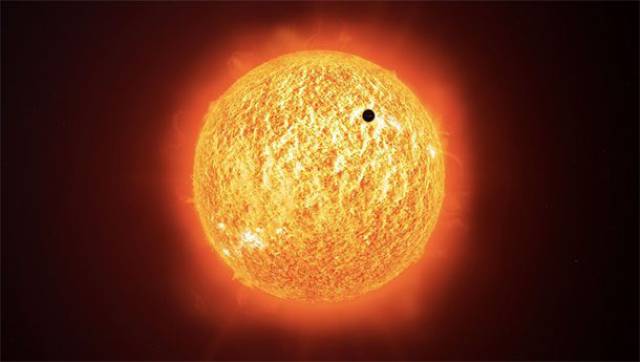 The sun is a big ball of fire

Nope, there isn’t any fire in the sun. Fire requires oxygen and the sun is composed mostly of helium and hydrogen. In fact, the heat of the sun comes from something called nuclear fusion. The pressure and temperature in the sun’s core cause the hydrogen atoms to fuse together into helium atoms. This process gives off the intense heat and light of the sun. 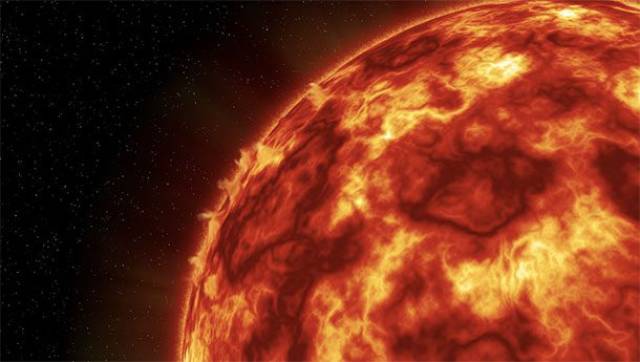 The moon has a "dark side"

The dark side of the moon isn’t doused in perpetual blackness, but rather it is simply always facing away from us due to the rotation of both the moon and the Earth. A better name is “far side” of the moon. The only way to see this far side is by actually flying around the moon. 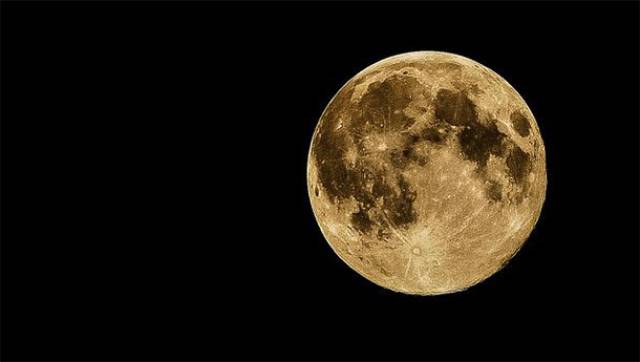 Pluto is a planet

As we all know by now, Pluto used to be a planet. Sadly, that’s not the case anymore. It’s now considered a dwarf planet (thanks International Astronomical Union!). But why? Beyond Neptune is something called the Kuiper belt. This belt is basically a massive asteroid belt. While Pluto is one of the biggest objects in this belt, it’s not the most massive. 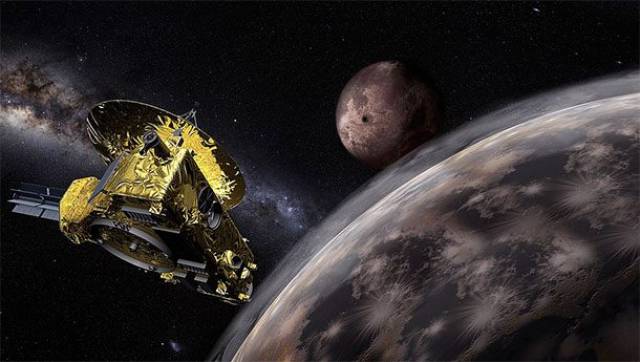 Although it hasn’t been found yet, observations regarding the orbits of several outer planets have led to the high probability of there being an actual ninth planet. In all likelihood it would be quite far away and a good bit bigger than Earth. 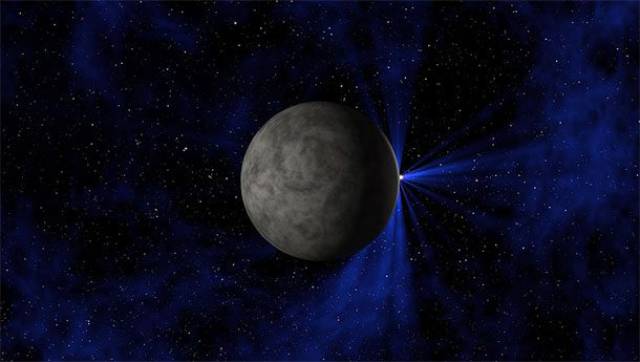 In movies, they’re often portrayed as 2D suckers. In reality, black holes can be thought of as spheres. They are basically really dense stars with insanely strong gravity. 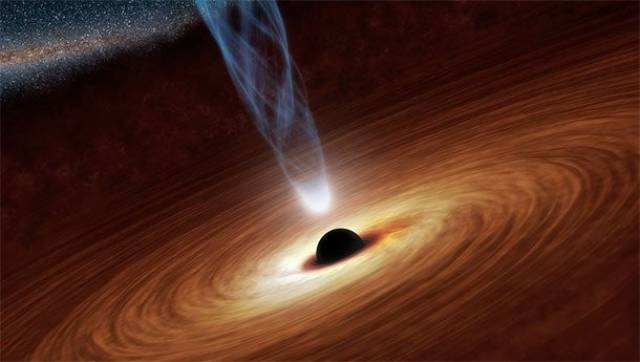 In the Middle Ages people thought the Earth was flat 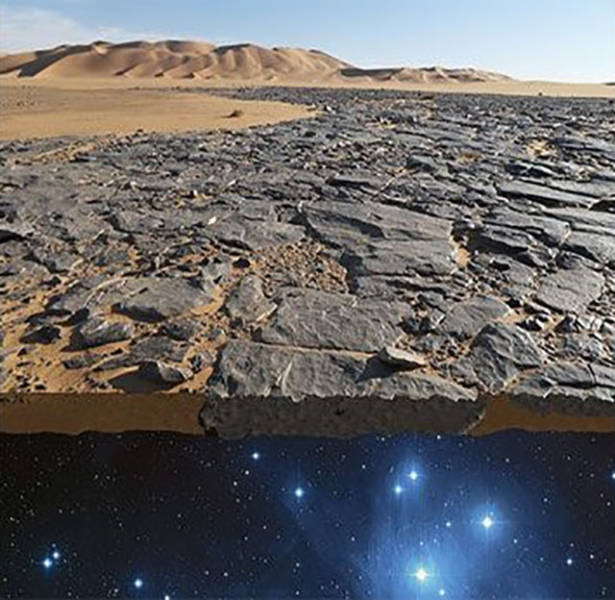 Not really. It’s borderline impossible to measure a proper temperature in space because, well, there isn’t much to measure. A high temperature essentially means that the atoms of a substance are excited. The vacuum of space, however, is significantly lacking in the atom-department. So yes, space is basically temperature-less. 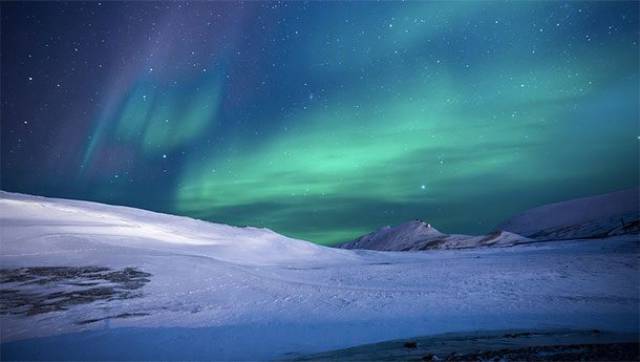 You would freeze in space

As we just saw, it’s not that simple. In fact, it’s more likely that you’d overheat. Why? Because the heat your body generates won’t have anywhere to go. On Earth you can get rid of heat (transfer it) by convection, conduction, etc. In space there isn’t much of anything to give your heat to. 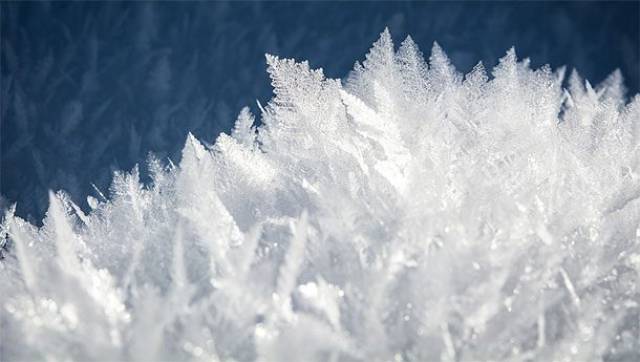 Your blood would boil in space

Once again, this is quite wrong. While it is true that liquids will boil at much lower temperatures with less pressure (there is less pressure preventing the liquid from turning into a gas), it wouldn’t happen to your blood. Why? Because your blood is in a closed system and the effect of zero pressure wouldn’t affect it immediately. Of course, liquids exposed to the environment would boil right away (saliva, eyes, etc). Keep in mind this doesn’t mean they would be hot. They are simply turning into a gas due to the lower pressure. 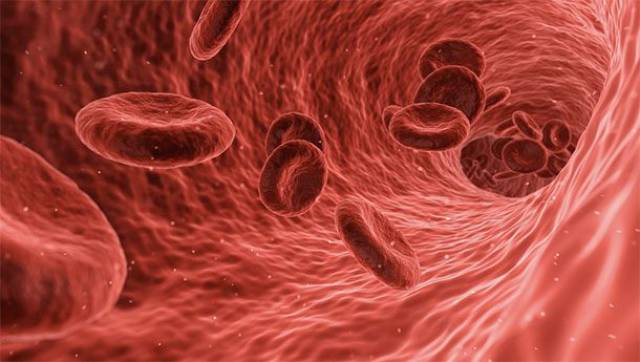 Your body would explode in space

Once again, no. The human body may bloat a bit, but it wouldn’t come apart. Not even close. In 1966 a technician in Houston was testing a space suit when he decompressed at 120,000 feet (almost 23 miles or 37 kilometers). He survived the episode and recalls the saliva boiling off his tongue before losing consciousness. 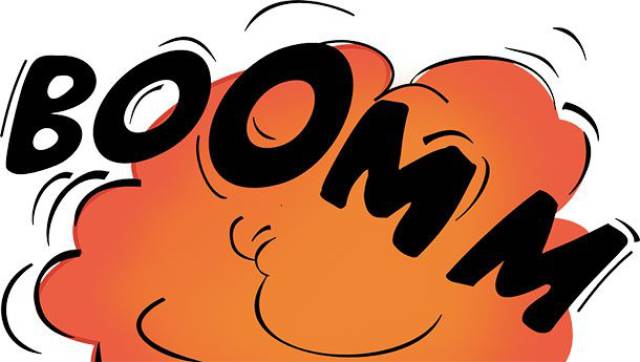 Comet tails trail behind the comet

Nope, a comet’s tail is influenced by heat and solar wind, not friction or breakup. This means that the tail is always facing away from the sun, regardless of the comet’s direction of movement. 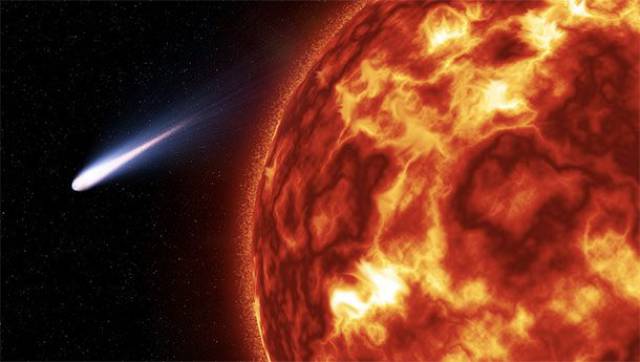 You can hear explosions in space

You can’t hear anything in space because there isn’t any medium for sound to travel through! 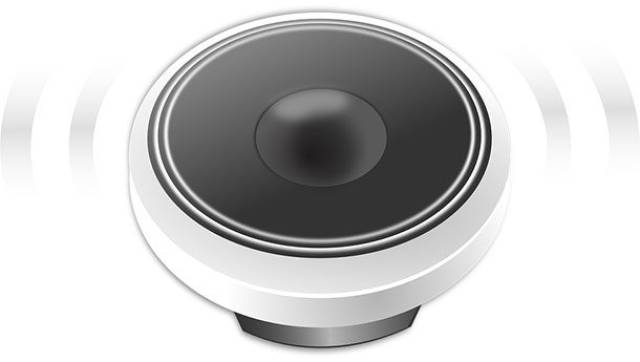 Space offers nearly no resistance, so even the weakest engine could eventually accelerate a massive object to incredible speeds (NASA is experimenting with “slow and steady” ion thrusters). The problem, however, is fuel. To accelerate for so long you need to keep the engine running on something. Once you hit max speed though…you could turn off the engine and cruise to the end of the universe. Which brings us to the second problem…stopping. You would need reverse thrust to slow down, and that could require just as much fuel and time as it took to speed up! There are fiery explosions in space

Star Wars lied to you. As with the sun, fire requires oxygen. Since there isn’t air in space, explosions would look very un-hollywood. As for rocket engines, they do create fire, but that’s because they bring along their own source of oxygen in the tank. 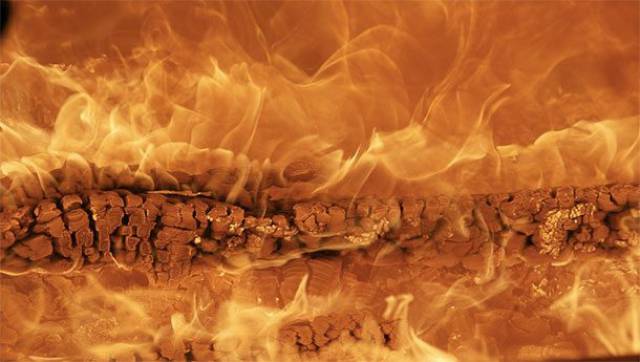 Astronauts fly around with jet packs

Sort of, but nothing like the movies. The jet packs are intended to be used as backup. Moreover, they don’t have enough fuel to be used hollywood-style. 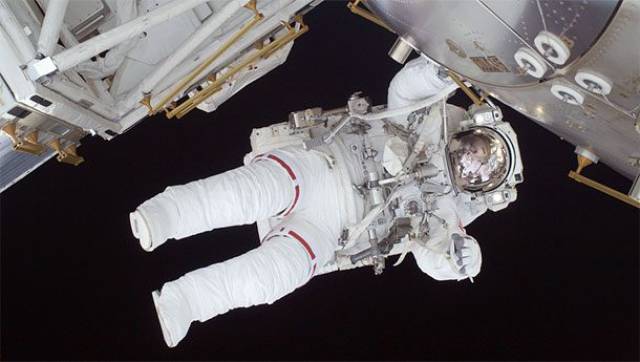 Nothing can go faster than light

While this is essentially true, scientists have been showing that quantum mechanics doesn’t necessarily follow its own rules all the time. Quantum entanglement and other such phenomenons may lead to the discovery of faster than light travel. This is extremely important not just for space ships, but also other domains like computing. 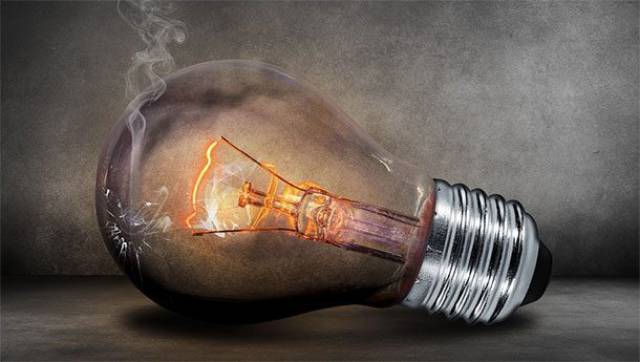 NASA spent millions developing a pen that could write in space

This myth is often cited when comparing NASA to the Soviet space agency. Basically, people like to point out that the cosmonauts had enough good sense to simply bring pencils with them. The truth, however, is that NASA used pencils too. In fact, NASA never even developed the “space pen”. It was a private company, the Fisher Pen Company. Later on both Americans and Soviet’s began using the new anti-gravity pen. 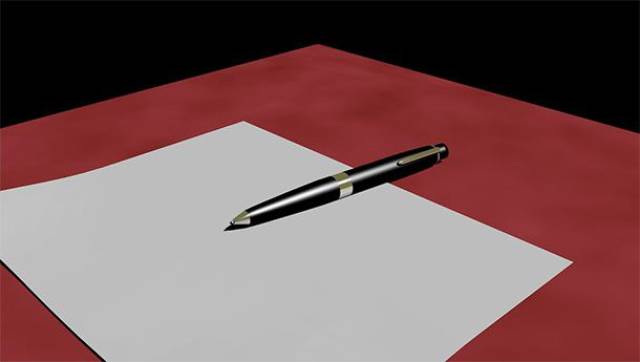 Here’s your chance to slap your know-it-all friends in the face with some knowledge. Every object exerts force on every other object, which means that not only does the sun’s gravity affect Earth’s motion, but Earth’s gravity affects the sun’s motion. Technically, both objects orbit around something called the barycenter. For Earth, this point is so close to the core of the sun that it doesn’t make much of a difference. For Jupiter, however, the barycenter is roughly 30,000 miles away from the surface of the sun. So in some sense, we’re all orbiting around each other. 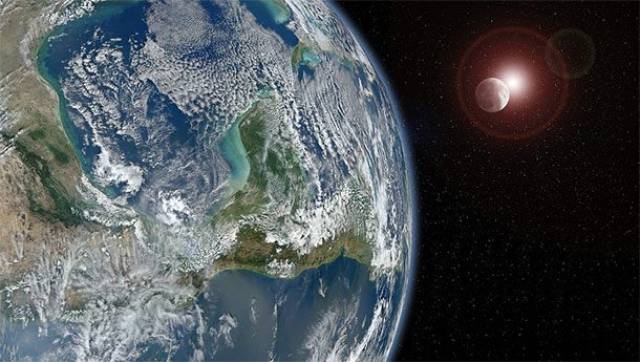