The Rulers Of The Prehistoric Seas (25 pics)

While not exactly a “dinosaur,” Pikaia is one of the earliest creatures swimming around in the Burgess Shale community and has a direct link as one of humanities earliest ancestors. 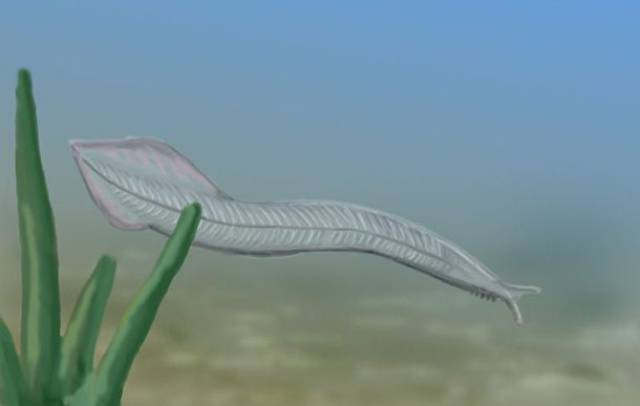 Meaning “Fish Lizard,” Ichthyosaurs shared the sea with several large dinosaurs at the time. They originally swam like eels but advanced into looking and swimming like a modern day fish or dolphin. Like modern whales, they breathed air and lacked gills but could give birth in the water. 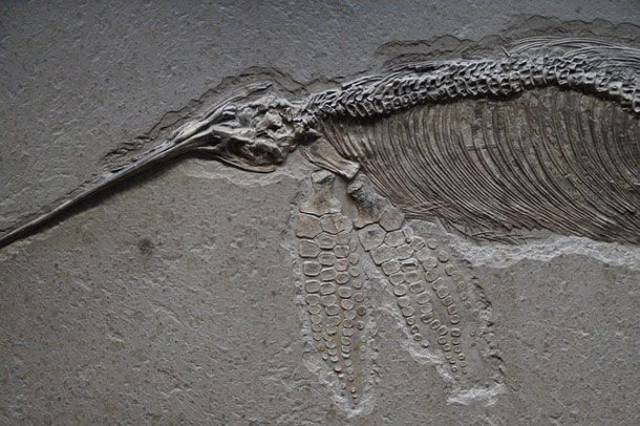 Located in California, British Columbia, and China, the Shastasaurus was a massive sea creature, measuring up to 21 meters long. In fact, it’s considered to be the largest marine reptile to ever live. In spite of it’s size, Shastasaurus primarily lived off of small fish, cephalopods, and squids. 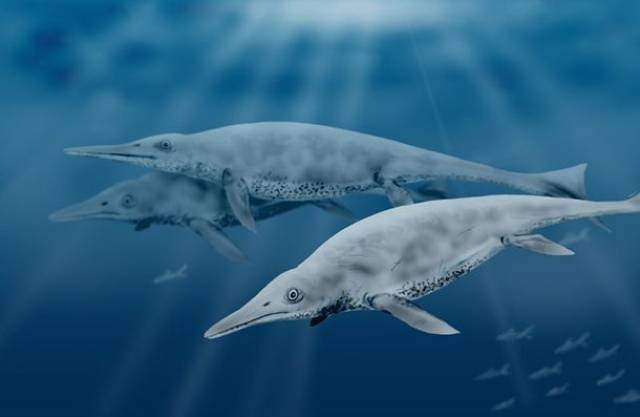 Built for speed, the Pliosaur had a short neck and could swim up to 10 km/h. They hunted fish, cephalopods, and other marine reptiles but have been found to also have land dinosaur remains in their stomachs. 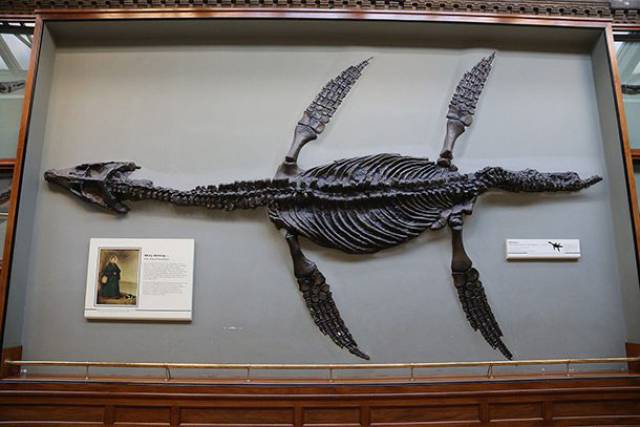 Found in Colorado and Montanna, the Thalassomedon has a long neck and was only known in the Late Cretaceous due to other predators taking over. 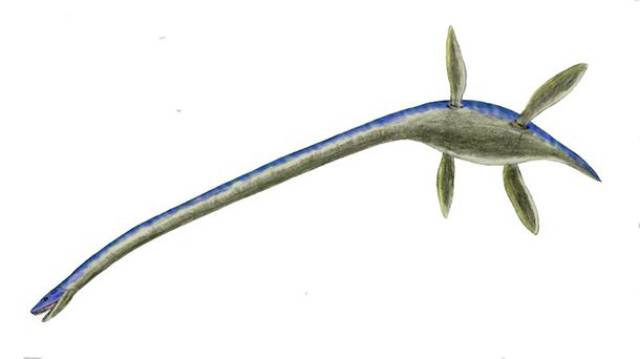 Resembling a modern day Great White Shark, the squalicorax has been found in North America, Europe, and North Africa. Remarkably, it’s been discovered that the squalicorax ate dinosaurs. With teeth measuring up to 21 millimeters wide we’re sure this creature had no problems crunching through dinosaur bones.

Xiphactinus is considered one of the fiercest and largest bony fish of the Late Cretaceous. At 13-feet-long it swam around the Western Interior Seaway and was capable of eating a 6-foot fish whole. 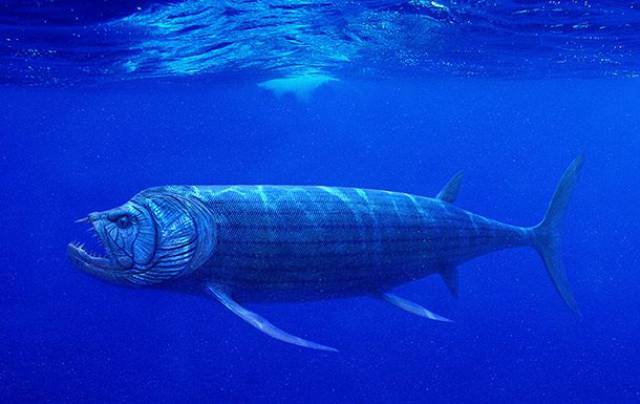 Nicknamed “Godzilla” due to its skull shape, the Dakosaurus’s appearance to the famed beast stops there. It swam around in the sea and shared much of the same waters of modern-day crocodiles. 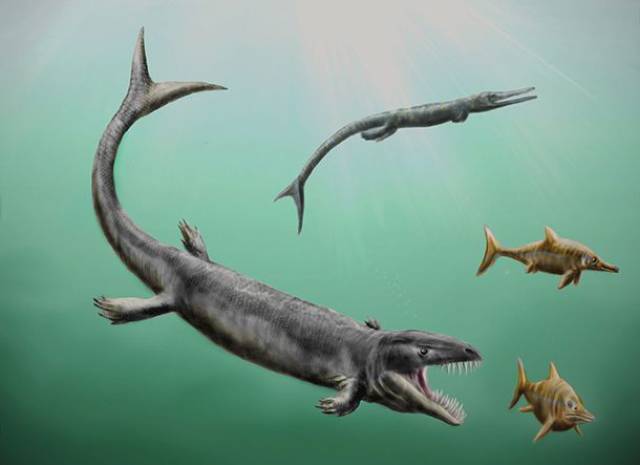 One of the best-known plesiosaurs in the world, the Elasmosaurus is renowned for its incredibly long neck. While not a fast swimmer, it would use stalking tactics to prey on its food. 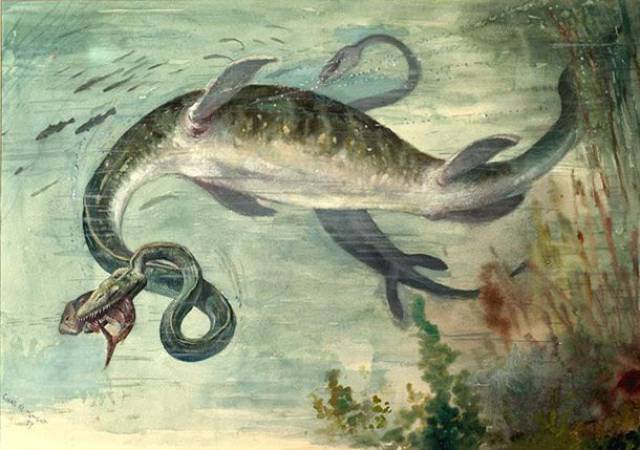 Found in the central United States and Canada, the Tylosaurus was about 15 meters long and was considered an apex predator of its time, killing and eating pretty much any species.

Found in Argentina, Megapiranha is a much larger version of its modern-day predecessor, the piranha. Up to a meter long and half a meter tall, the Megapiranha was not a fish you’d want to meet in the wild. 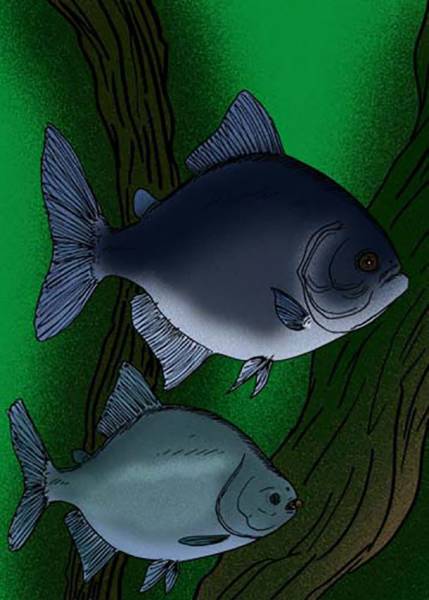 The Tiktaalik is a bizarre mixture between a fish and a crocodile. Though it has fins and the body of a fish, its head matches a crocodile. Its fossil was found in 2005 in the Arctic. Many scientists believe its the evolutionary link between swimming fish and their descendants. 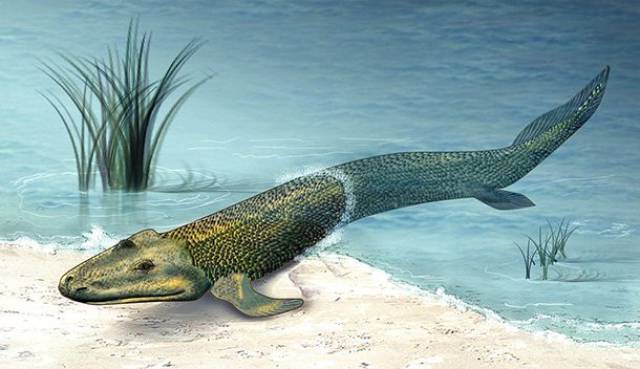 The Nothosaurus has a long snout with tiny sharp teeth lining its mouth. It possibly lived a lifestyle similar to modern-day seals. But, unlike seals, the Nothosaurus lived in Europe and the Middle East. 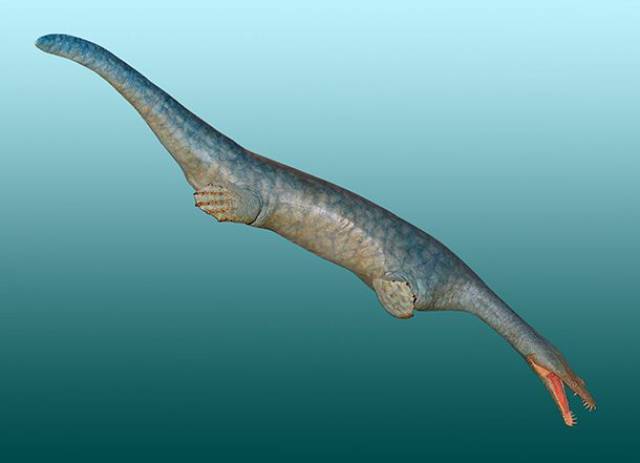 While not even close to the largest shark of its time, the Otodus is definitely bigger than any shark living today. While not an apex predator, the Otodus could have easily held his own against other sea creatures. 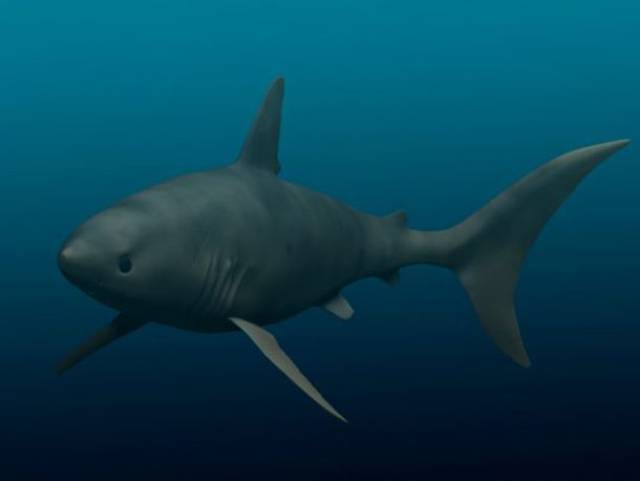 While technically not dependent on the sea, the Tanystropheus was known to hunt its prey in the water. Its teeth are made to eat marine life. Some paleontologists believed its habitat was solely in the water but its legs seem more suited for walking rather than swimming.

The Stethacanthus is a pre-historic shark with a unique protrusion on its back that looks like an ironing board. It was not a very fearsome shark and paleontologists believe it was a bottom feeder. 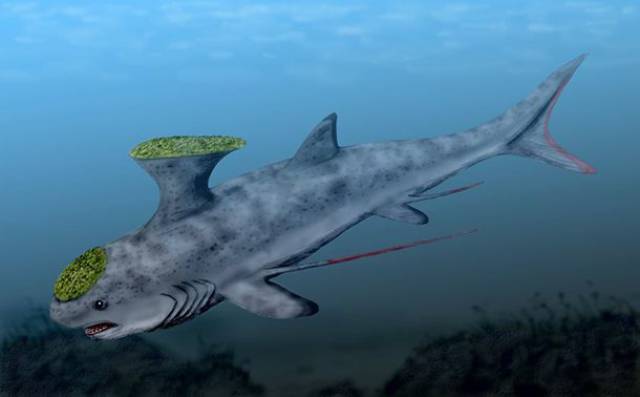 The Bernissartia dwelled in the swamps and shorelines of Europe and other than its small size, looks very similar to a modern crocodile. Despite being small, they frequently were found near much larger creatures.

Living somewhere around 125 million years ago in the Early Cretaceous, the Kronosaurus lived in the ocean in what is now Australia. They were approximately 10 meters long and weighed around 10 tons, twice the size of a Narwhal. 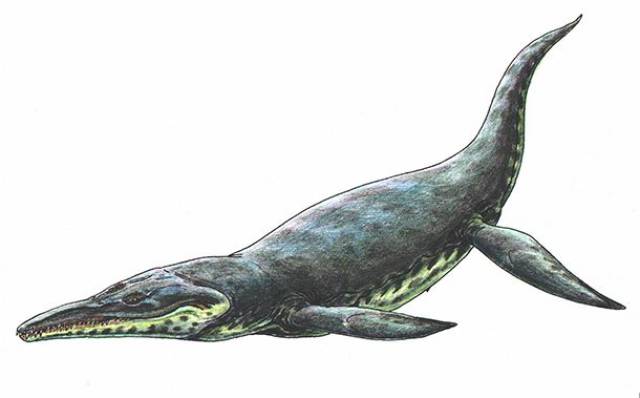 Called “The Lizard Eating Ruler of the Seas” by paleontologists, Thalattoarchon Saurophagis was a fierce underwater predator. It appeared around 5 million years after one of Earth’s mass extinction events and ruled the seas with its knife-edged teeth. 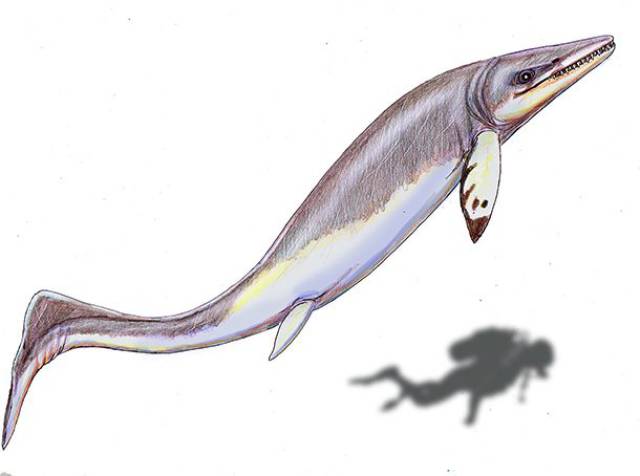 A large and especially primitive marine creature, the Shonisaurus was found in Nevada and is a bit of a favorite among researchers. Due to its lack of teeth, scientists speculate it preferred soft-bodied animals for its food. 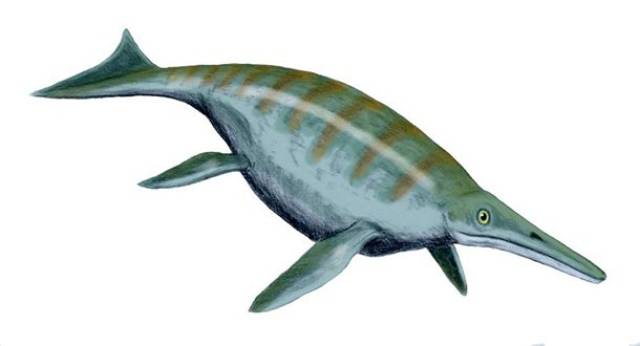 Finding the first skull in 1764 in the Netherlands, the Mosasaurus was the most heavily built of the Mosasaurs. They were mostly a carnivorous predator of the upper ocean and had little reason to dive deep. 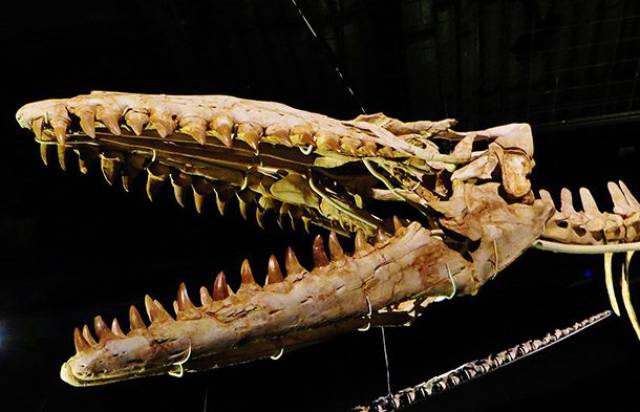 Living around 160 million years ago, the Liopleurodon was a massive and ferocious reptile, weighing 2.5 tons and measuring about 9 meters long. It’s directional sense of smell and razor-sharp teeth made it a horror of the seas.

With a tail long like an eel and no dorsal fin, the Cymbospondylus existed in the Late Triassic period. It was a dolphin-like swimmer with the capability of feasting on giant reptiles but preferred fish.

The Deinosuchus was a massive ancestor of the crocodile, measuring around 10 to 12 meters long. By studying teeth marks on other fossils, paleontologists have concluded the Deinosuchus killed and ate some of the most fearsome dinosaurs of its era, including the T-Rex. 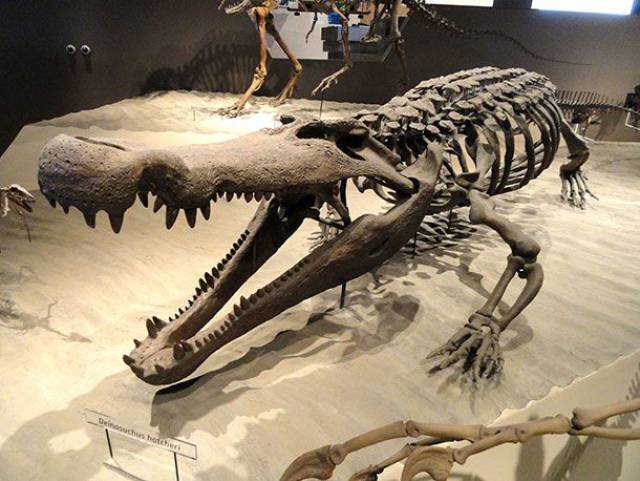 The Megalodon was the largest and deadliest shark on the planet. Measuring at 20 meters long with teeth about 17 centimeters big, the Megalodon dwarfed pretty much every other sea creature known to man. Traced back nearly 60 years ago, it is not an ancestor of the Great White Shark but the end of an evolutionary line of the Otodus Shark. 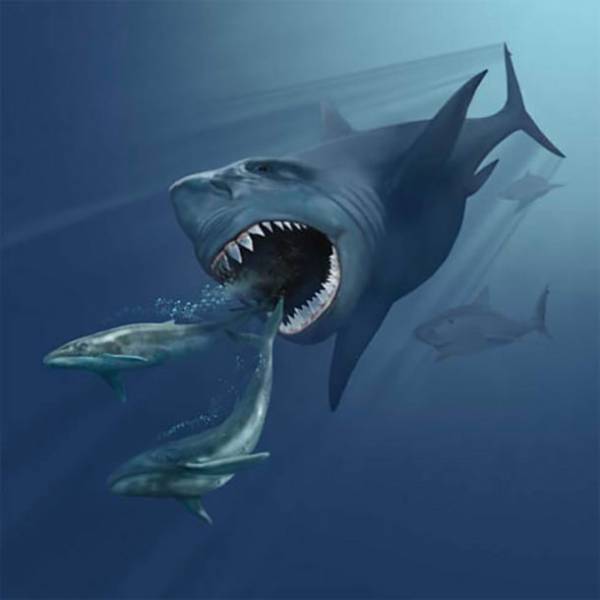