Watches That Are As Expensive As Cars (25 pics) 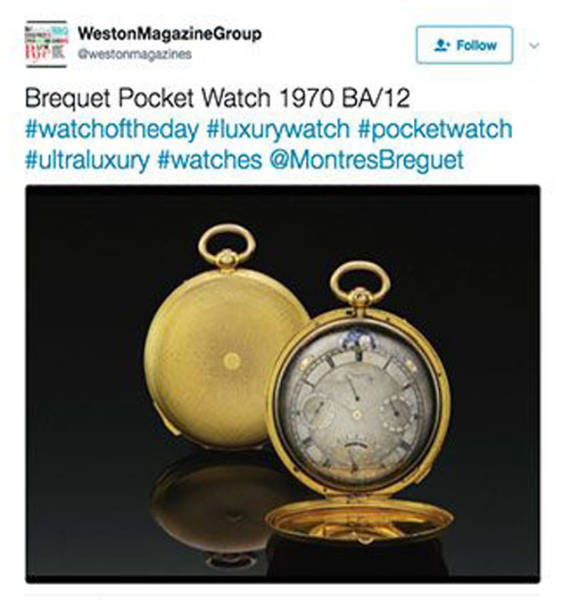 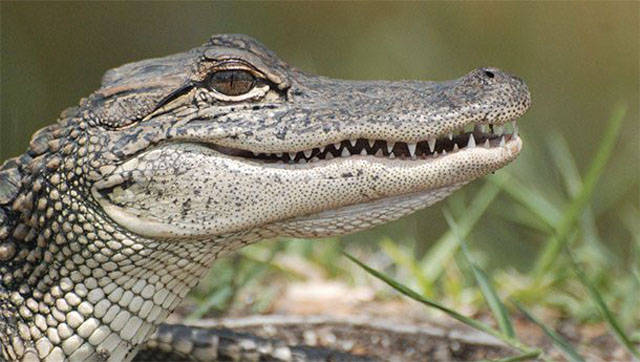 This $860,000 watch by Louis Moinet contains an actual piece of moon rock within its machinery. 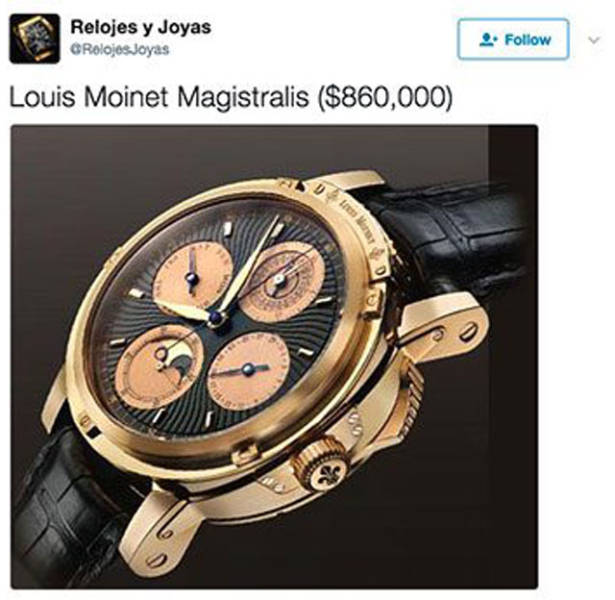 This $1 million watch by Hublot was released in 2009 and is covered in black diamonds and white gold. 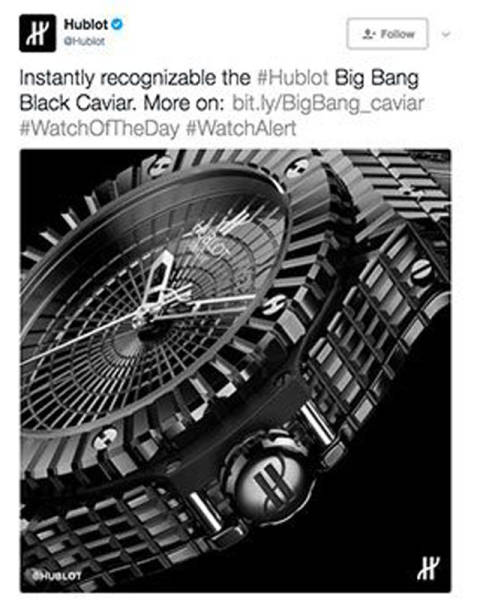 This Swiss watch by Chopard goes for just over $1 million and is resistant to just about everything, including water up to 100 feet deep. 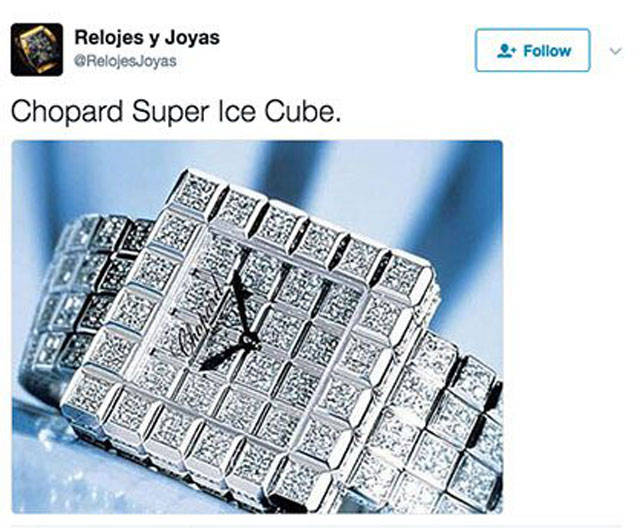 Patek Philippe’s most complicated watch, this $1.3 million mechanical wonder features the night sky on one side and the moon phases on the other. 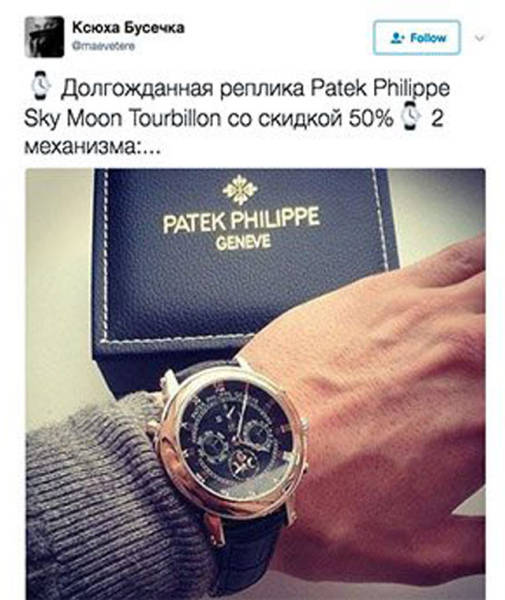 Released by Vacheron Constantin in 2005 to commemorate the brands 250th birthday, this $1.5 million piece was notable for being the most complicated watch in the world (at the time). 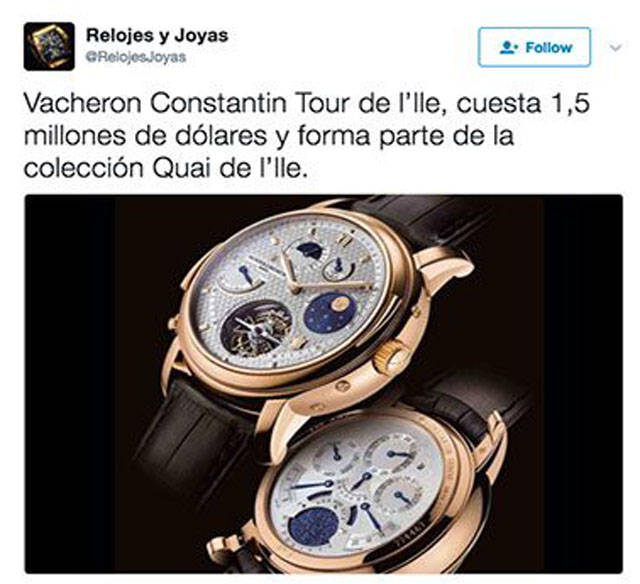 What makes this $1.5 million watch by Greubel Forsey so unique is that each one contains a mini sculpture hidden inside that can only be viewed using a tiny built in microscope. So far models have included a ship, a coke bottle, and a hummingbird. 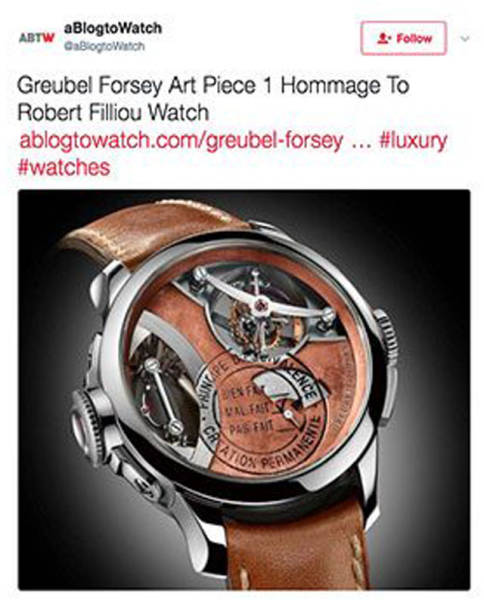 One of Richard Mille’s most recent pieces, this watch goes for $2 million. 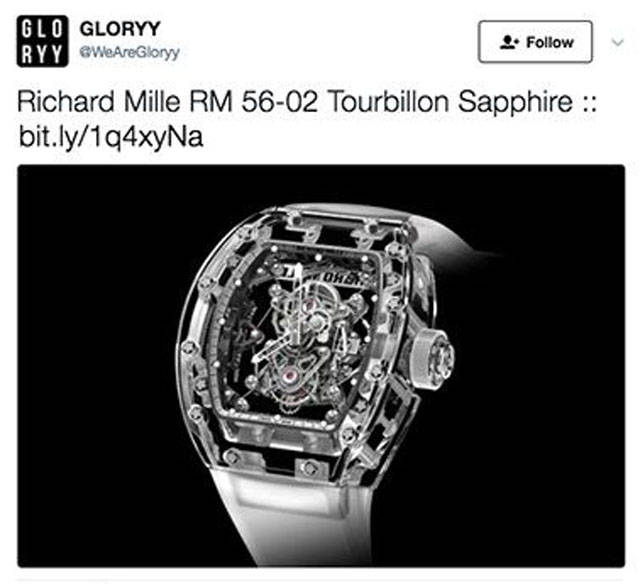 Selling for $2.4 million at auction in Geneva, this Rolex was made in 1942 and is one of only 12 that have ever been released. 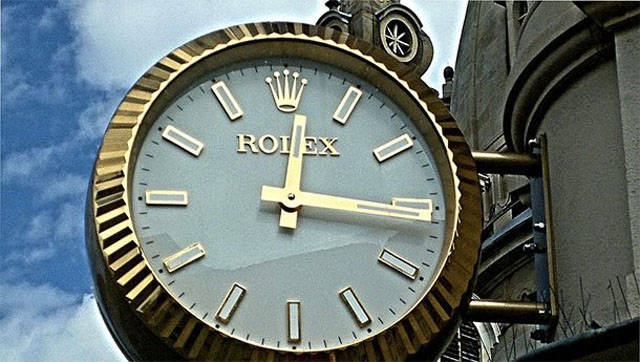 This watch by Patek Philippe sold at auction in 2002 for $4 million. At the time it was the most expensive wrist watch in the world. 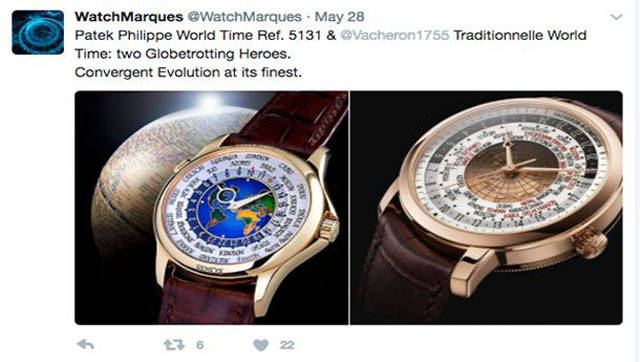 Coming in at $2.5 million this watch by Jaeger-LeCoultre features a Westminster chime that reproduces the sounds of Big Ben. 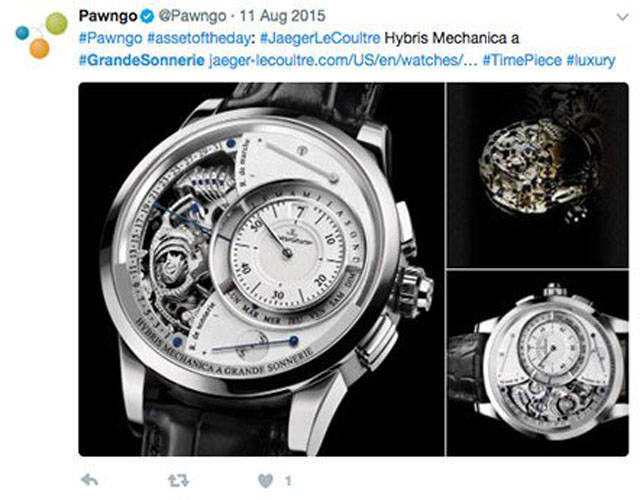 Released in 2013 this is Lange & Söhne’s most expensive watch at $2.5 million. Order early though, it takes a whole year to make! 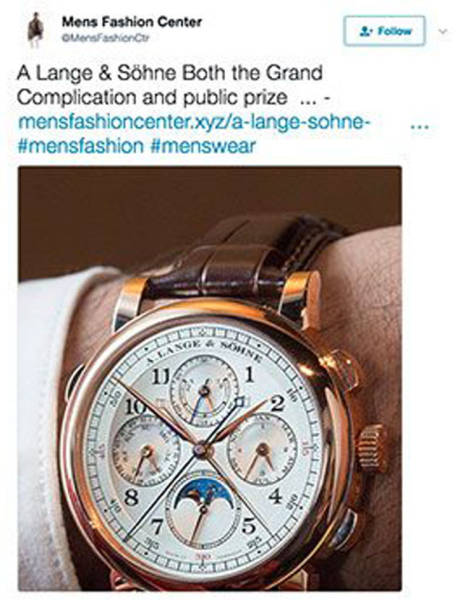 The Magistralis isn’t the only watch that contains moon rock. This one contains a piece of the Dhofar 459 meteorite. 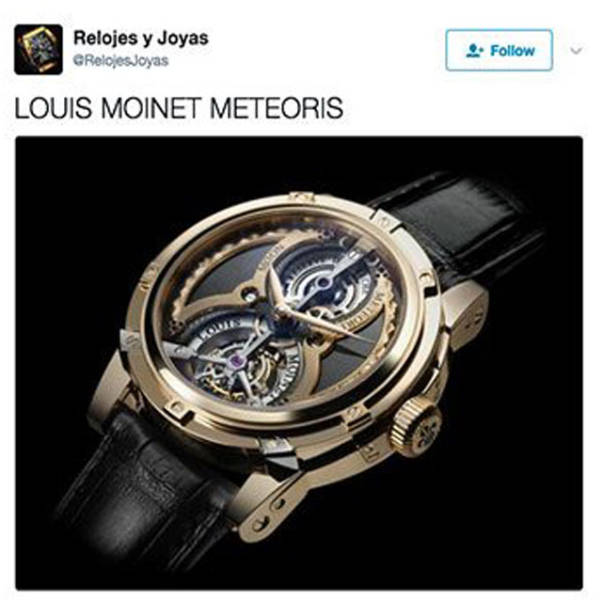 This insanely complex piece by Franck Muller has more than 1483 components. Be ready to dish out $2.7 million though! 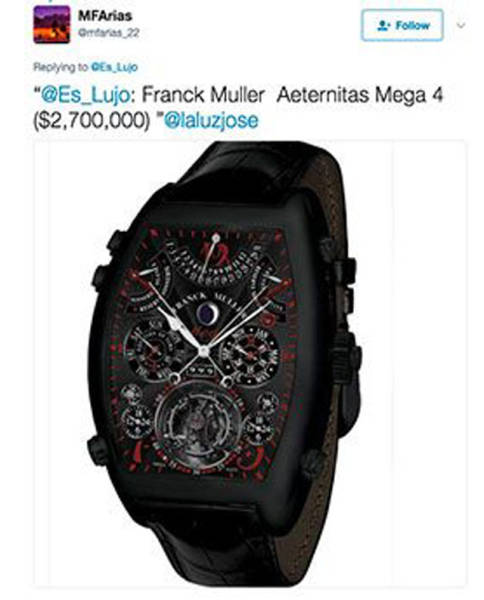 Going for $4 million in 2014, this is the most expensive Rolex watch ever sold. 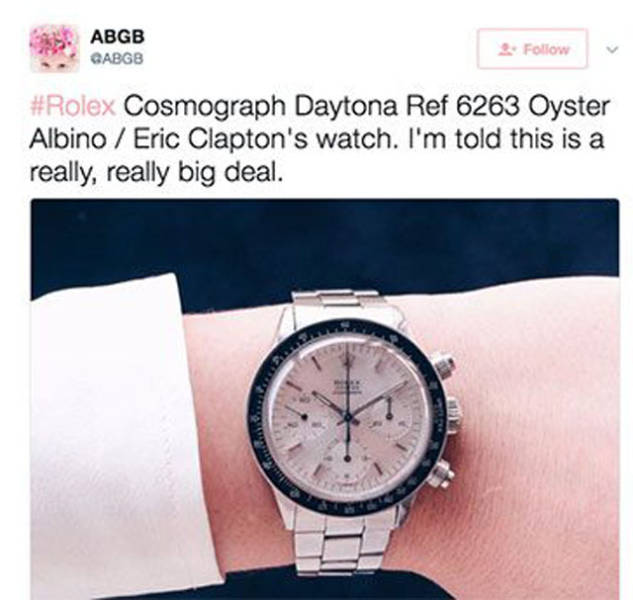 At $4.5 million, this watch by Breguet features an 18k gold case and two oscillating bodies. 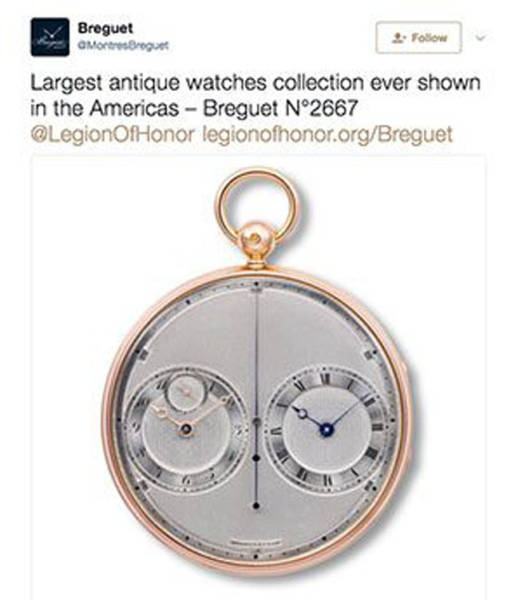 This $5 million watch by Hublot features 1280 diamonds in total! 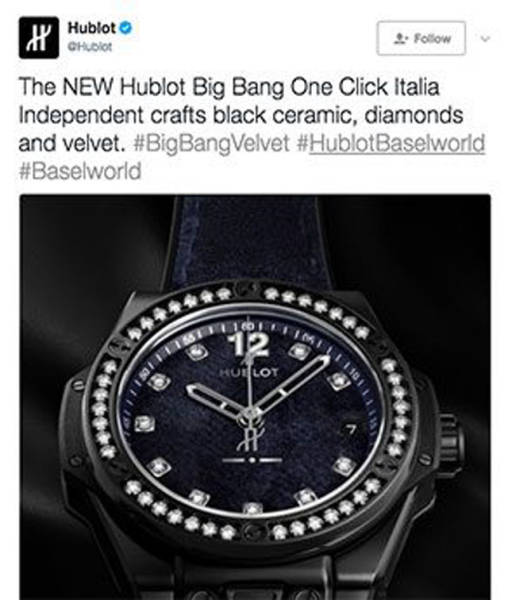 The Patek Philippe 1518 is part of a limited edition four-piece series. It costs about $11 million. 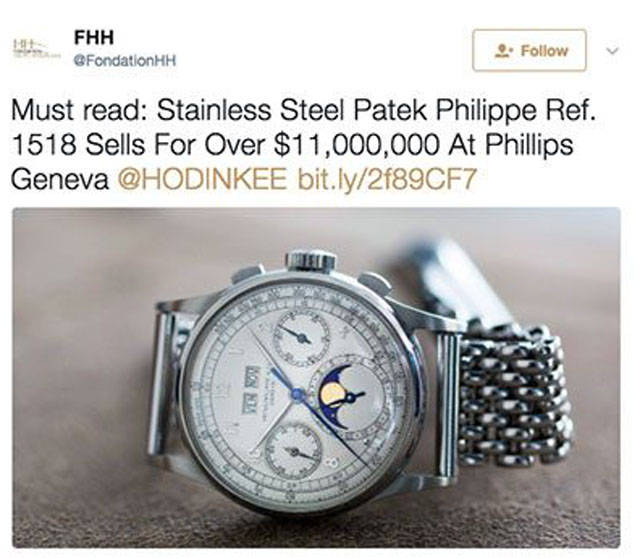 You’d have to be a billionaire to afford this $18 million watch by Jacob & Co. 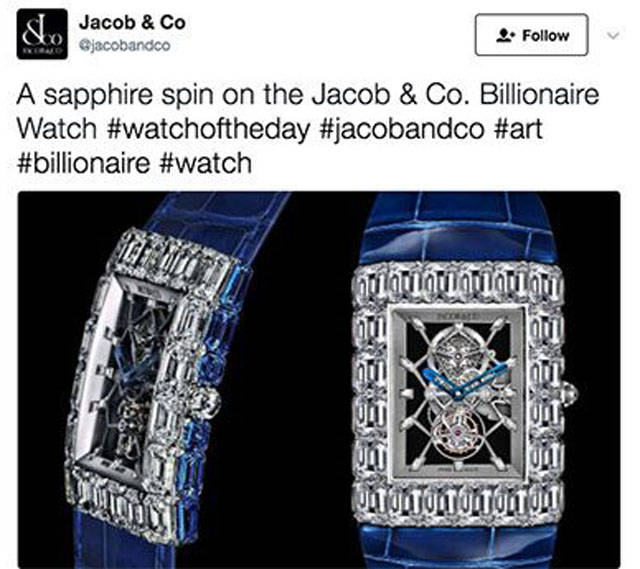 The most expensive Patek Philippe watch in the world, it was created for Henry Graves Jr. and at $25 million it comes with a lot of features (including a perpetual calendar and celestial charts for the night sky above Grave’s home in New York). 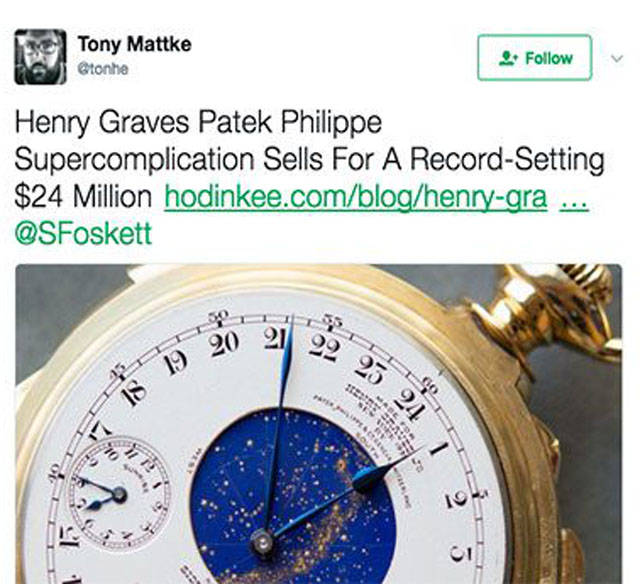 Created by Chopard, the name tells you why the watch costs $26 million. 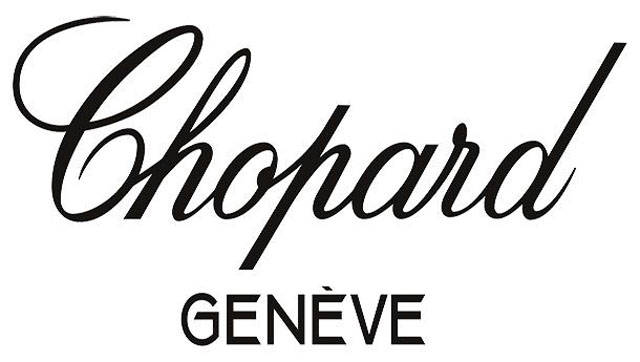 Costing $30 million, this watch is said to have been commissioned by a lover of Marie-Antoinette in 1782. It took over 40 years to build! 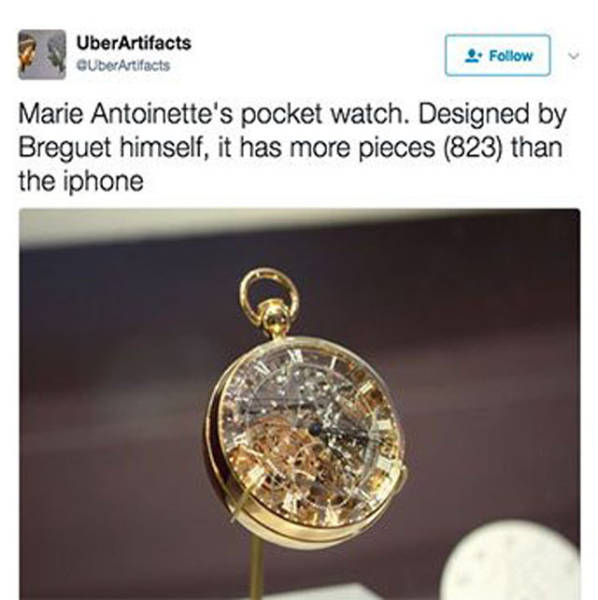 This watch by Graff Diamonds costs $40 million, contains more than 150 carats of white diamonds, and has a detachable diamond in the center that can be worn as a ring. 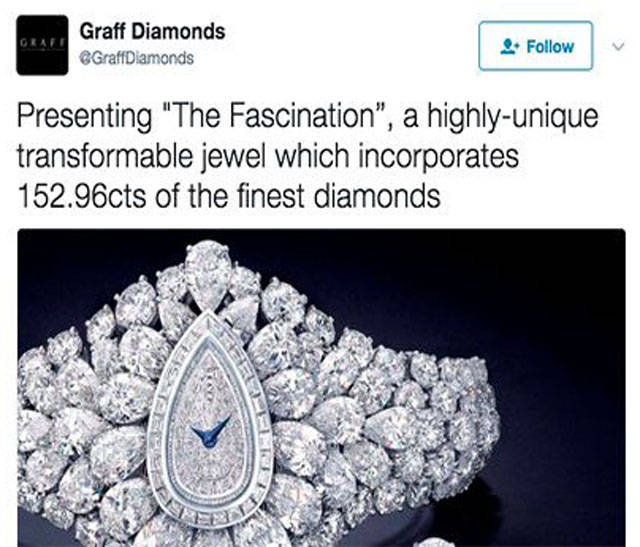 At $55 million, Graff Diamonds Hallucination is an intense looking timepiece which has over 110 carats of colored diamonds set into its platinum bracelet. 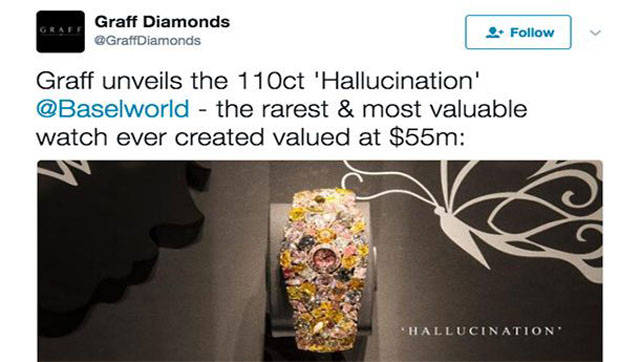