“My cousin was in his future wife’s family picture (on the left) 7 years before they met.” 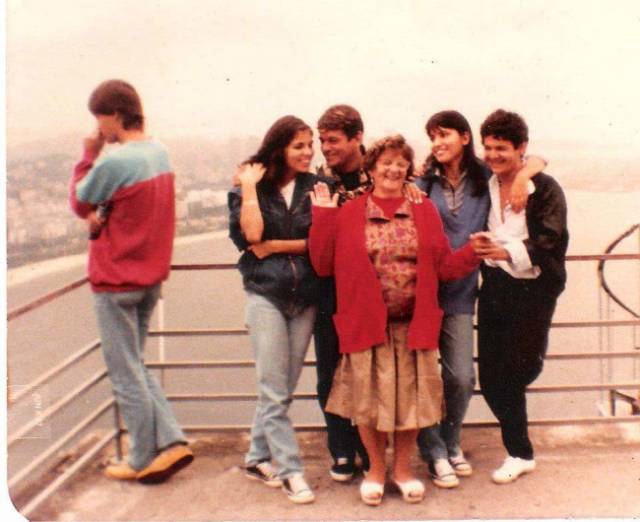 “In preschool, we always used to be together, but we lost touch in the future. 20 years later, we met at our friends’ place, and now we date again.” 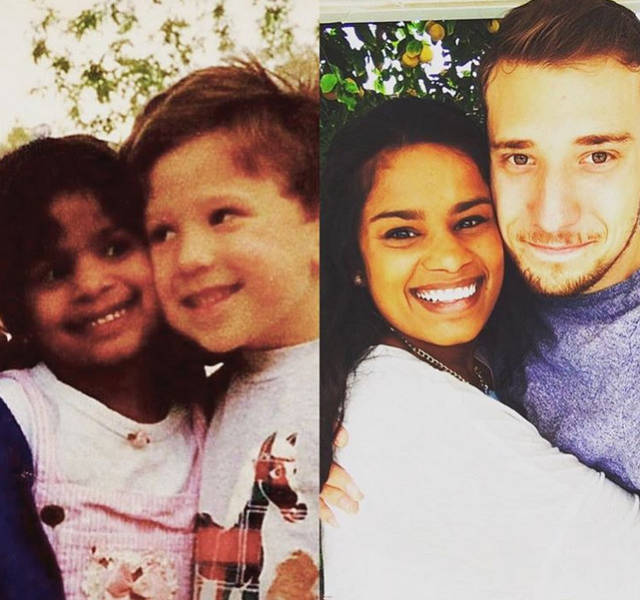 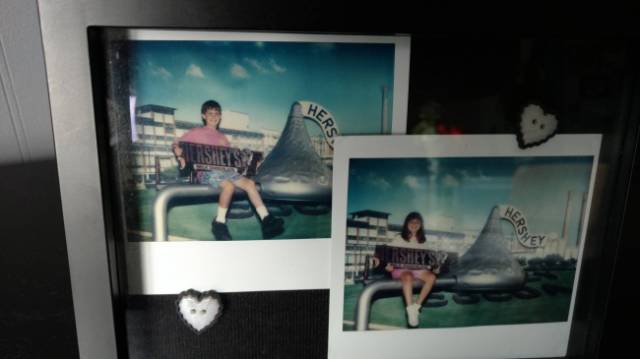 After their wedding, Aimee and Nick decided to look through their old pics and realized that they met once in an amusement park. They completely forgot about that. 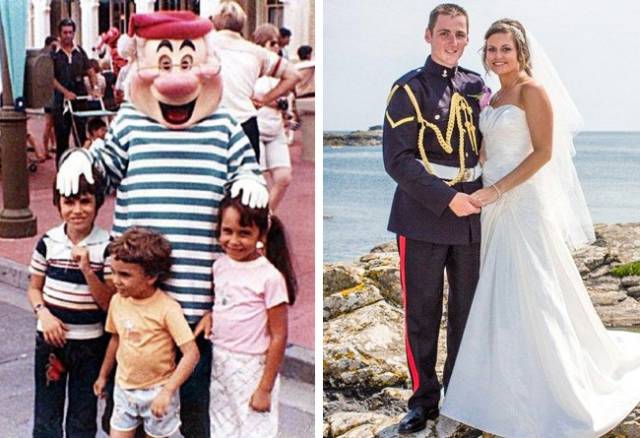 She wasn’t quite satisfied when he invited her to dance during a school party. But years later, they danced at their own wedding. 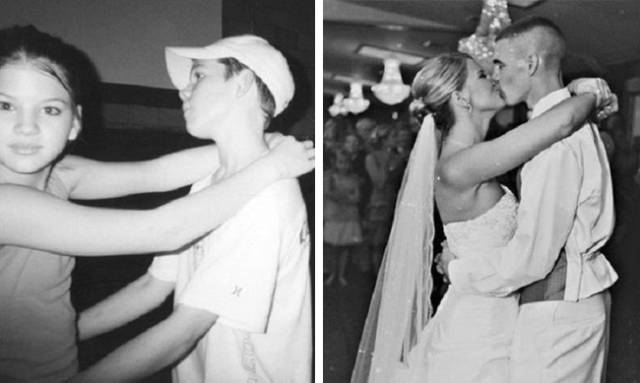 Their love was born at Woodstock, and they’re still together after 48 years. 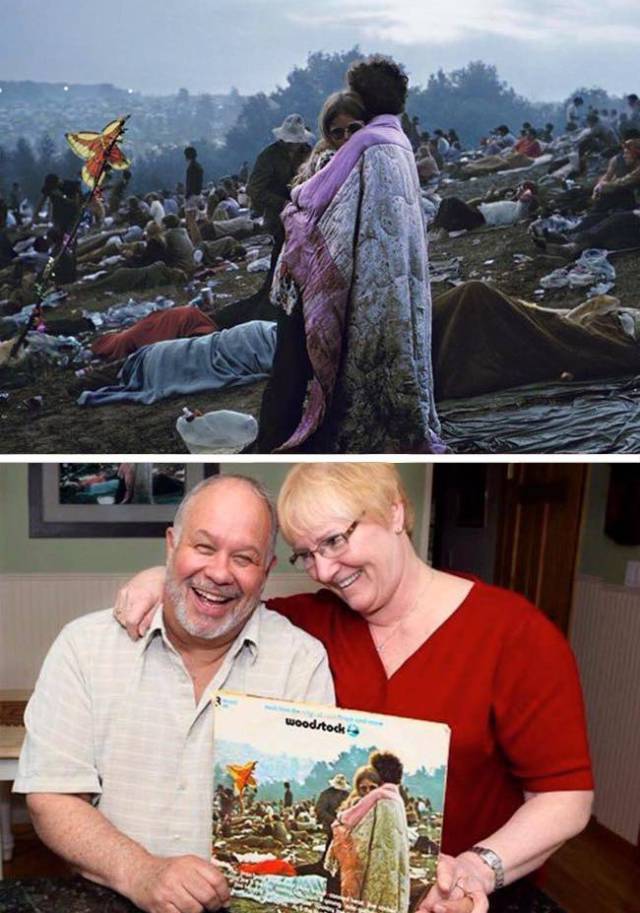 “I fell in love with him when I saw him on a merry-go-round. But I told him about my feelings only in high school. It turned out that he fell in love too.” 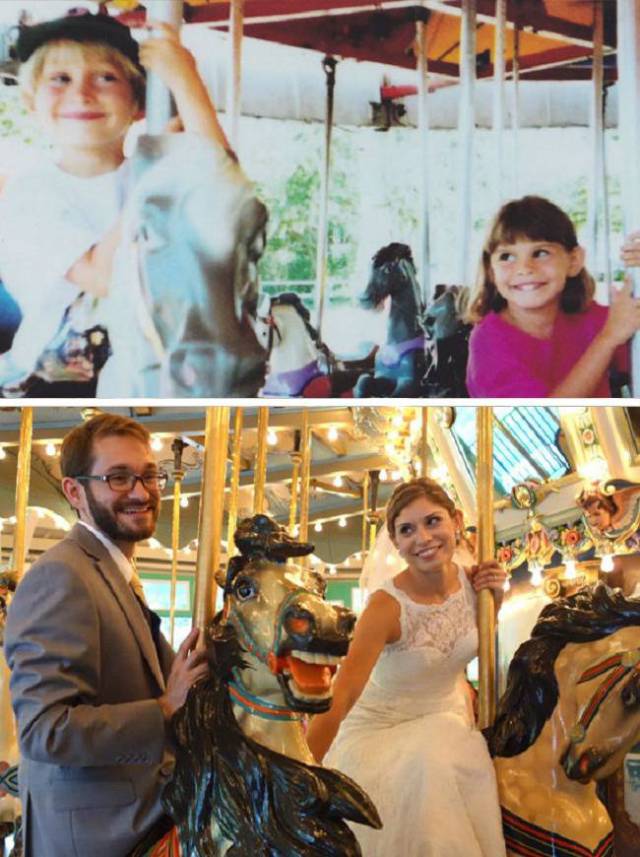 “We knew each other all our lives. And I’m sure we were destined to be together.” 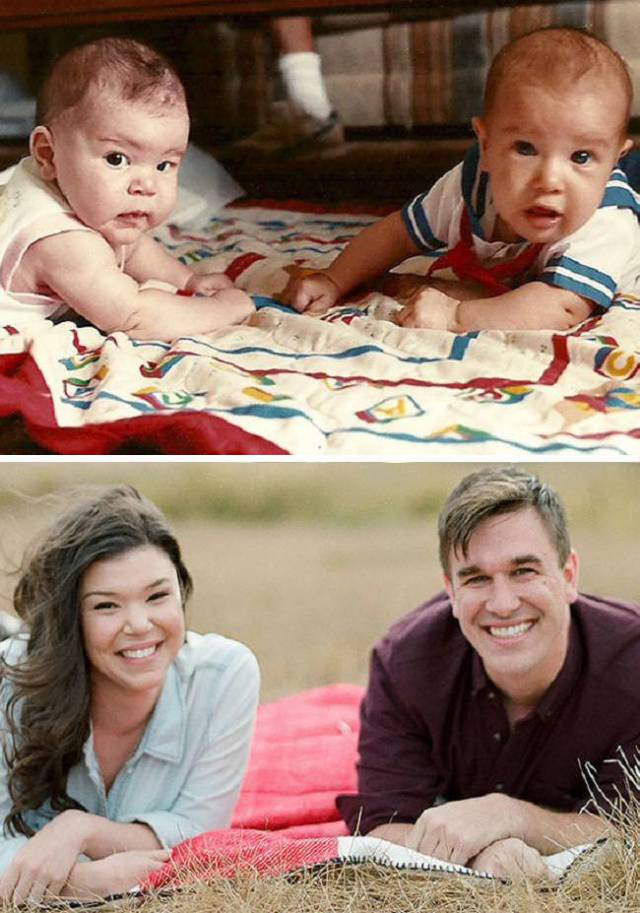 “Once, a homeless guy asked me to give him money so he could buy a lottery ticket. I wasn’t sure he was honest but helped him anyway. The next day, he came to me, returned some coins, and said he won $250,000.” 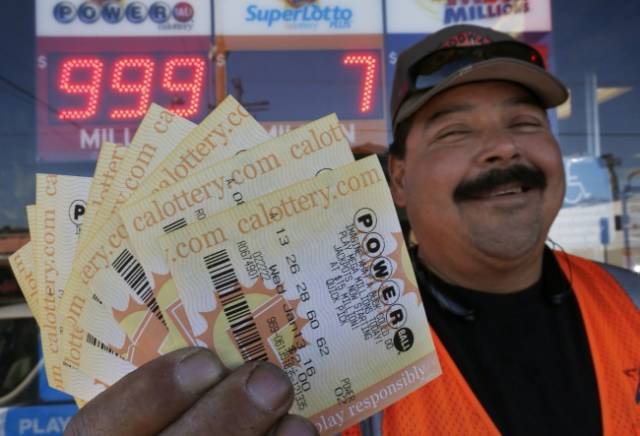 “I’m from Canada, and he’s from France. But we met in Thailand when taking up diving. It’s been 3 years, and we’re still together.” 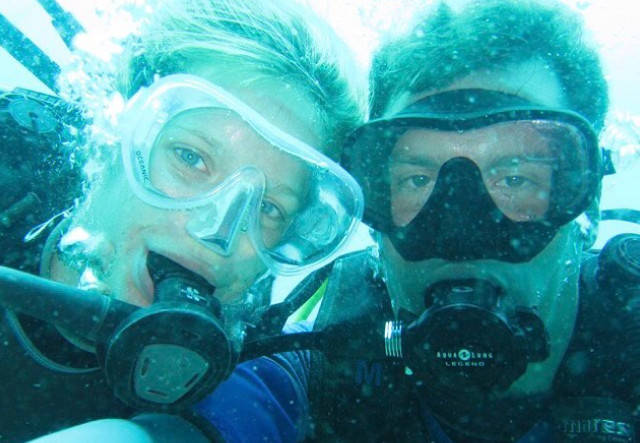 Alex fell in love with Adam at first sight. But if they hadn’t met again at a relative’s wedding, she would have never revealed her feelings. 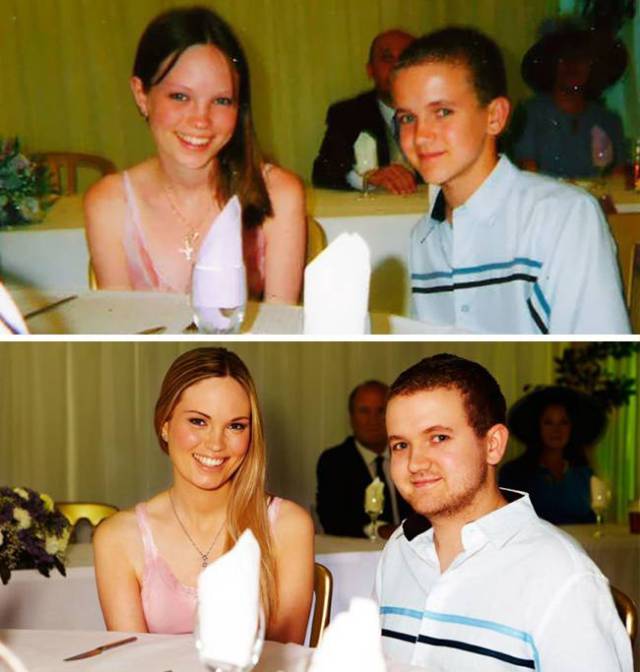 Michael and Natali were born in Saudi Arabia. They were friends in childhood, but they lost touch. 20 years later, they found each other on Facebook and got married. 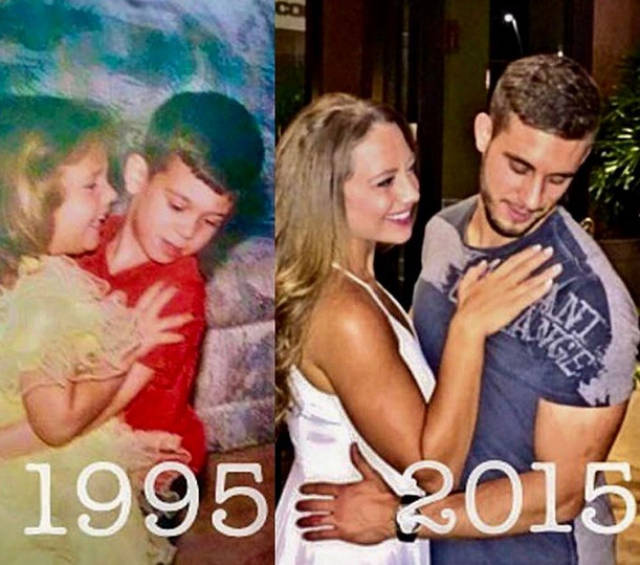 They were kids at the wedding of their parents’ friends. Now they’re getting married too. 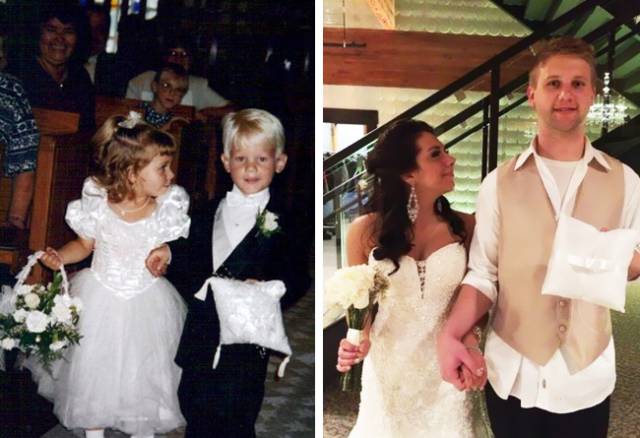 In the spring of 2014, Heather needed a liver transplant. Chris, who had never seen her, was her donor. They later got married. 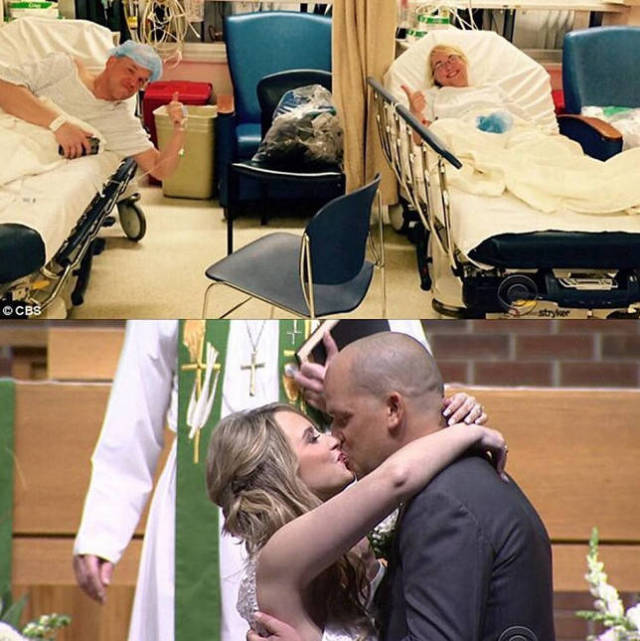 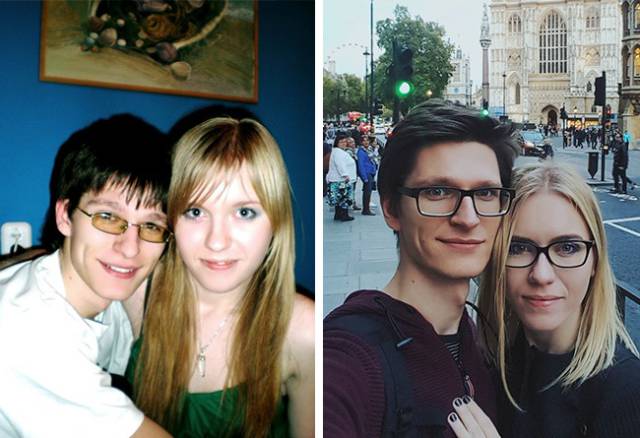 She just wanted to find zoo tickets on Twitter. But she found her future husband. 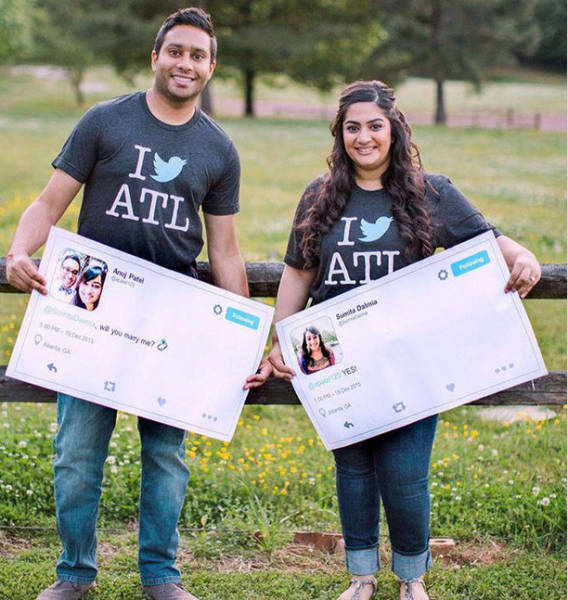 “After the wedding, I found this picture of my husband and me in kindergarten. I didn’t even know about that.” 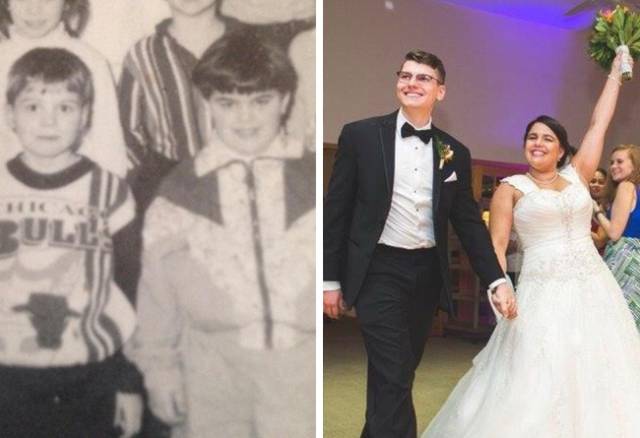 “At ages 2 and 4, my parents were next-door neighbors. Tomorrow is their 25th anniversary.” 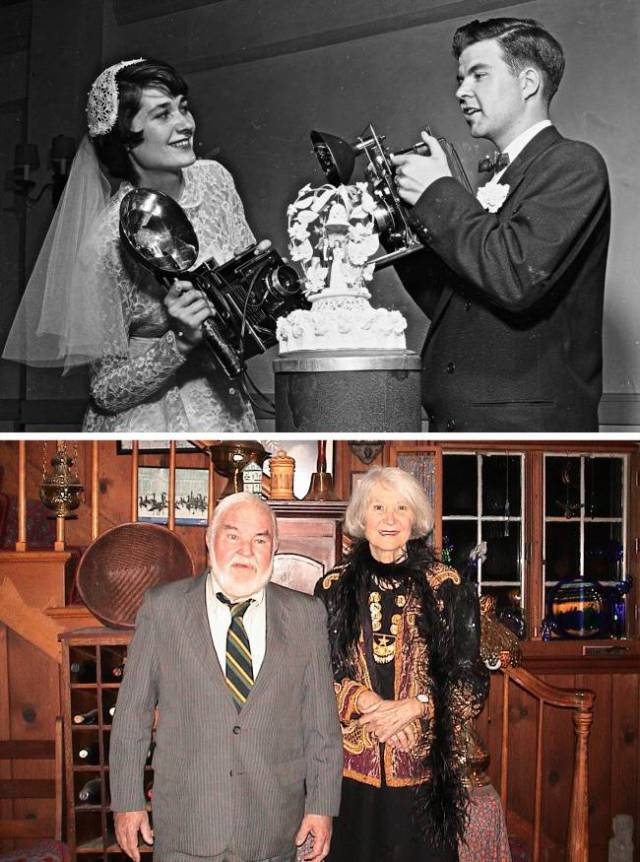 Thanks to a laundry room, they’re now engaged. 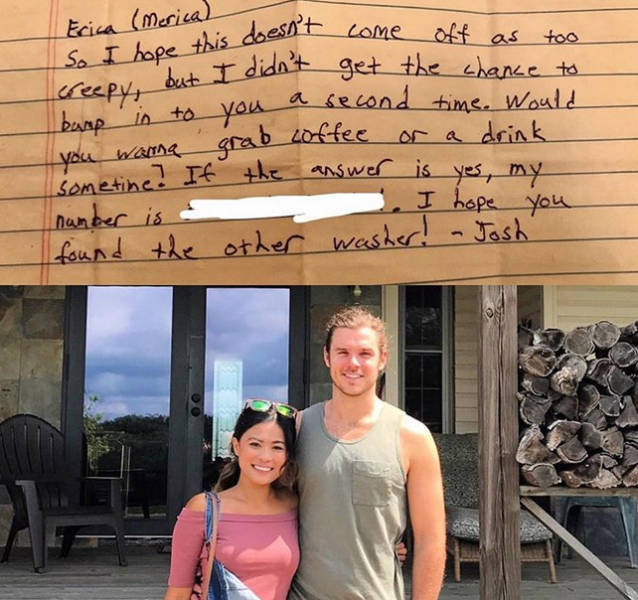 Ned, a football player, was transferred to another school and fell in love with Renee. They were really surprised when they realized she was a cheerleader for his football team. 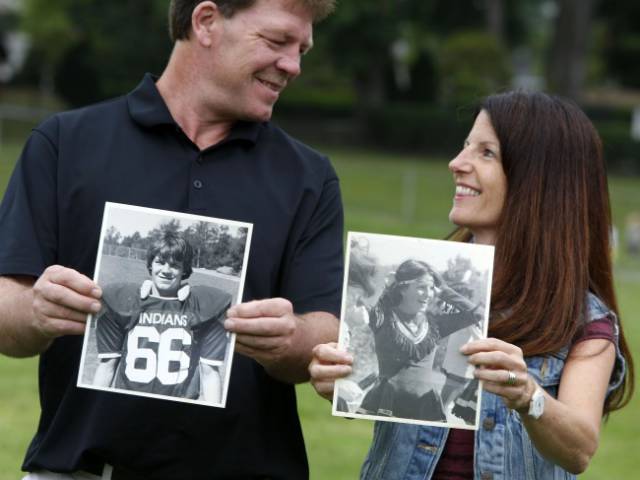 Ruby and Kevin met on Twitter. They sent each other these photos prior to ever meeting in person. 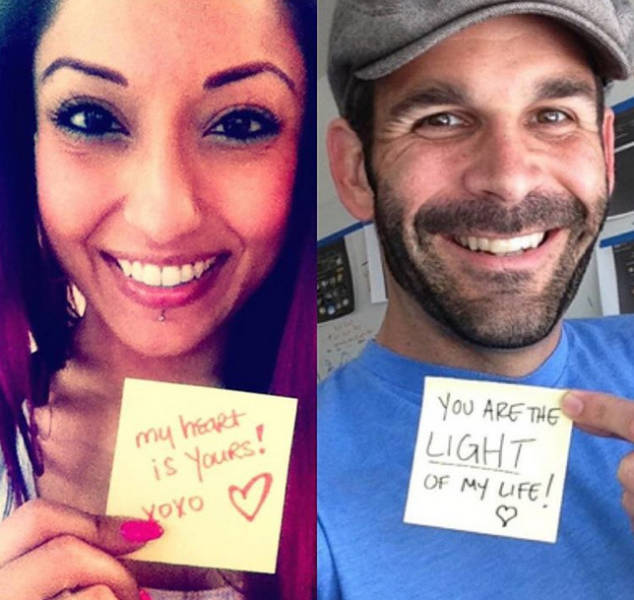 “My classmate drew this picture during the first day of 7th grade. We couldn’t even imagine that we’d start dating in college.” 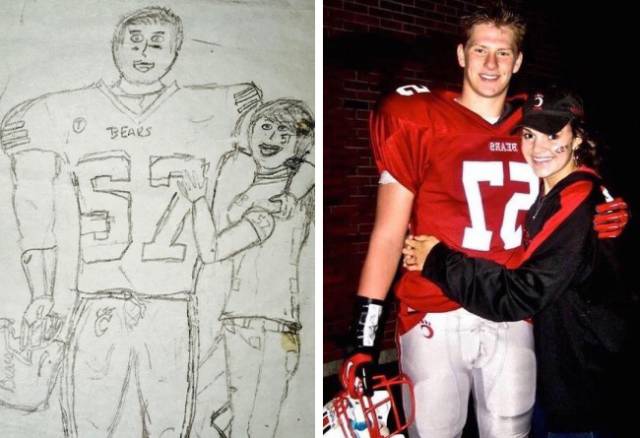 When Britney started working in a store, there was a guy who worked next to her. The 2 spent a lot of time chatting online with each other before realizing that they worked together. That’s how their romance started. 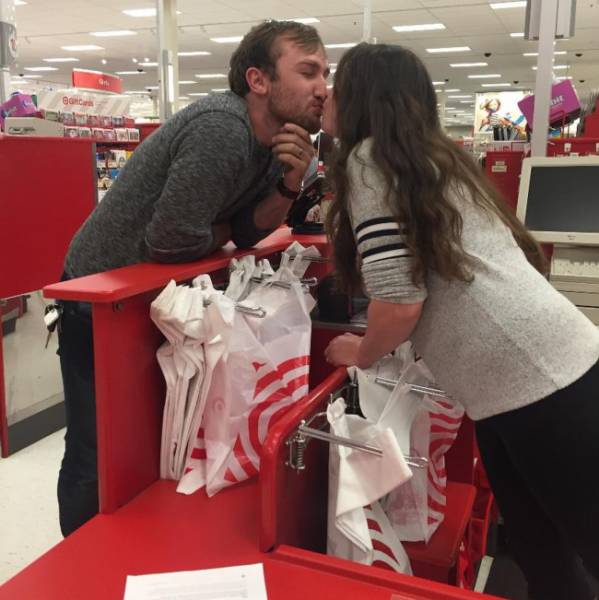 “We thought we met on an online dating site. In fact, we met 25 years ago in kindergarten.” 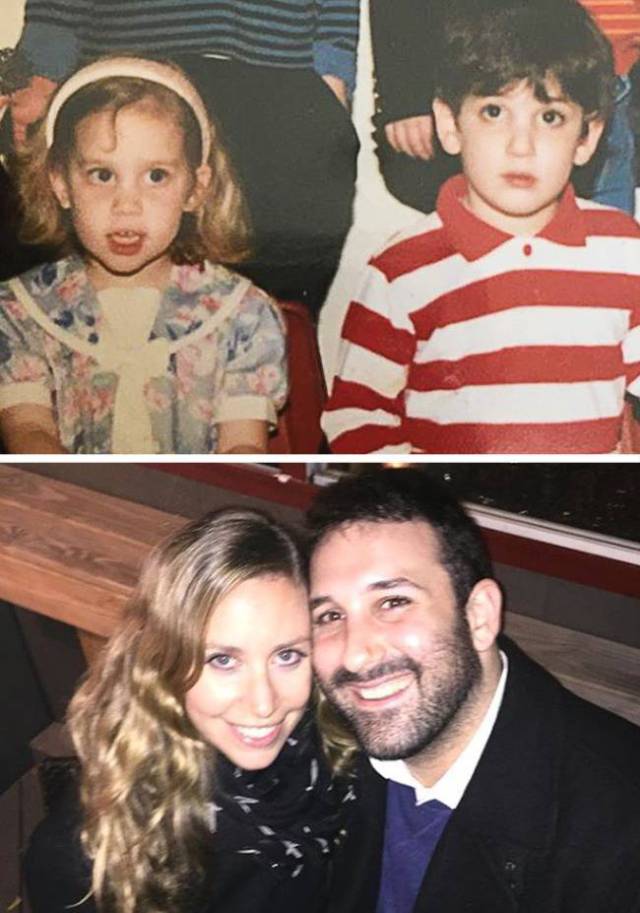 After a series of epileptic seizures that completely wiped her entire memory, Jessica’s boyfriend, Richard, strived to make her fall in love with him all over again. 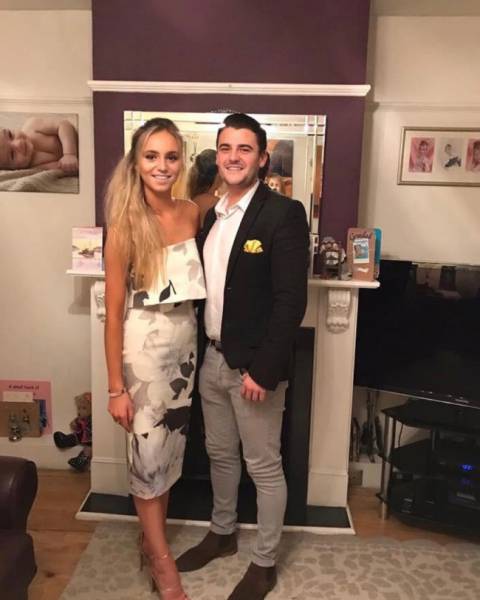