One letter created our belief in Martians

An Italian astronomer observed variations in the terrain on Mars in 1877, describing the trenches as “canali”. Almost 20 years later an American astronomer misunderstood the word to mean “canals” which by definition are man-made, sparking a belief in intelligent life on Mars that lives on today. 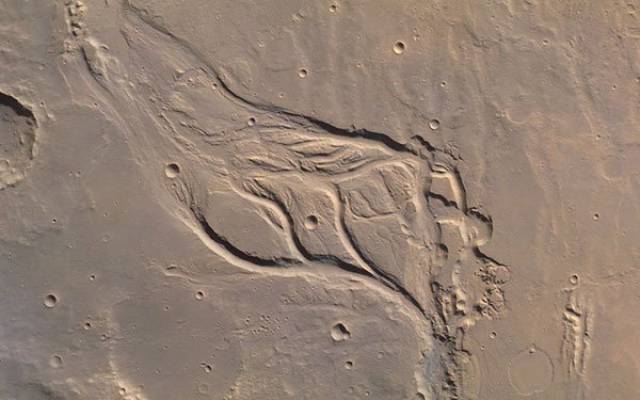 An unlocked gate caused the fall of Constantinople

In 1453, the Ottoman Empire attacked and took Constantinople, a city that survived 1,000 years’ worth of sieges. How did they do it?… someone forgot to lock the gate. This defeat effectively marked the end of the Middle Ages, the start of Ottoman domination, and the beginning of the Renaissance. 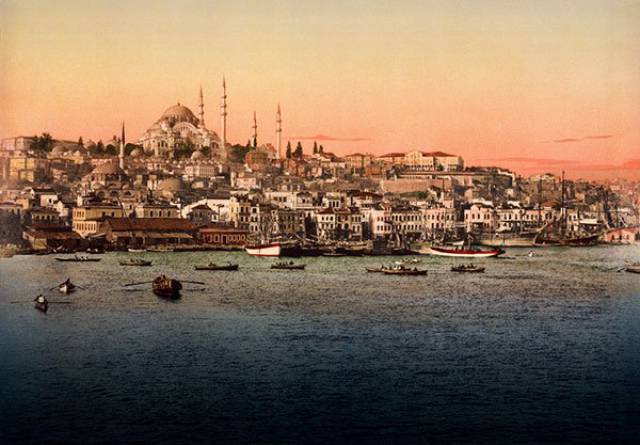 A misread speech brought down the Berlin Wall

An East German politician held a press conference in 1989 explaining some minor revisions to the travel code. His speech mistakenly implied that all travel restrictions were being removed. Questioned as to when, he replied, “immediately, right away”. The rest is history. 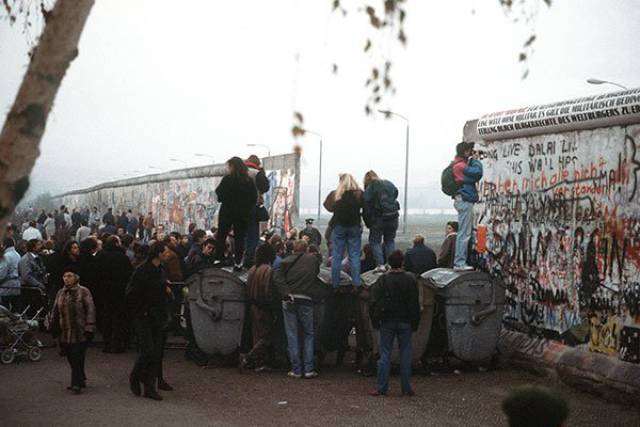 The Titanic may have been saved with just a key

Just before it set sail, the company that ran the Titanic replaced the ship’s second officer. On that fateful night, the iceberg was spotted too late and disaster was unavoidable because the lookout did not have binoculars. Where were they? In a locker that the new second officer never got a key for. 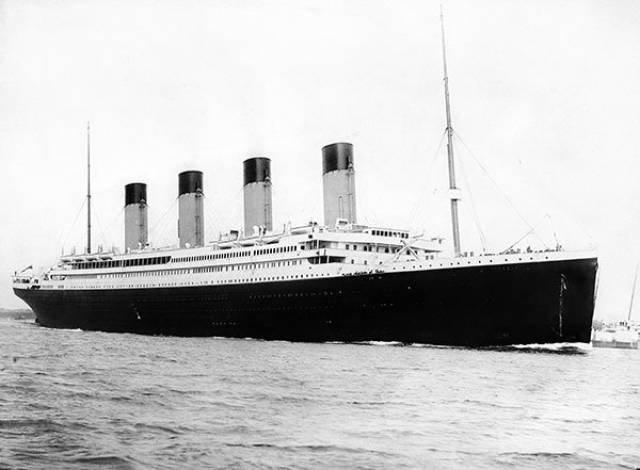 During the American Revolution, George Washington famously crossed the Delaware River and defeated the Hessians in Trenton. Turns out the Hessian commander failed to read a note warning of the attack, it was found sealed in his pocket after dying on the battlefield. 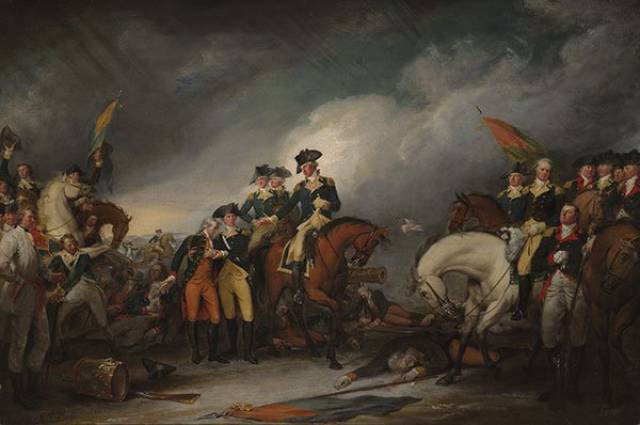 The assassination of Archduke Franz Ferdinand was one of the leading causes of World War I, and it easily could have been avoided. His driver made a wrong turn on their way to the hospital that led them right to his waiting assassin, Gavrilo Princip, sitting inside a café. 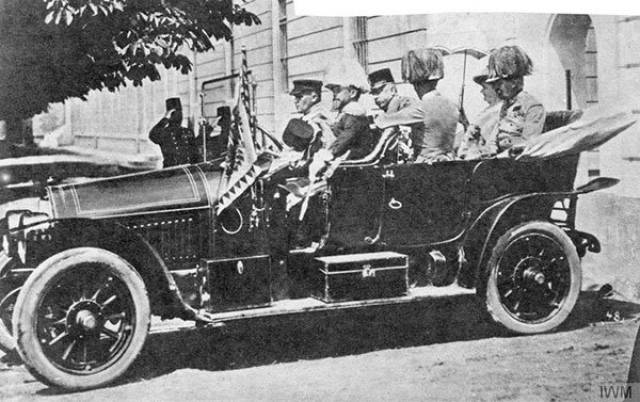 Spinach became a super food because of a misplaced decimal point

In 1870, a German chemist mistakenly recorded the amount of iron in spinach as 35 mg/100g instead of 3.5 mg. Then Popeye came along in the 30s, and sales skyrocketed. Despite repeated efforts by the scientific community to end the myth, people still believe spinach is absurdly high in iron. 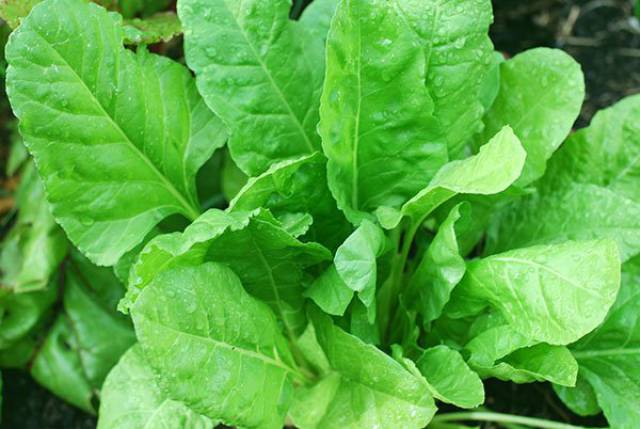 The Library of Alexandria in Egypt was one of the largest and most significant libraries of the ancient world. It burned down in 48 BC because a fire, set by some soldiers of Julius Caesar’s army, accidentally spread through the town. 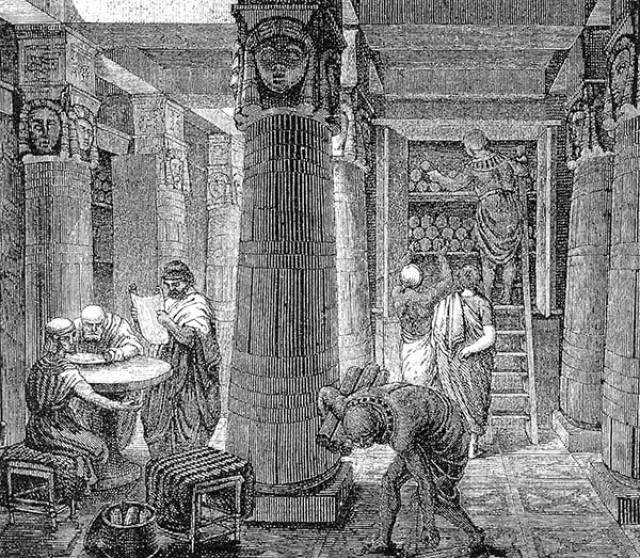 1000+ years of history changed during one disastrous escape attempt

In 1791 during the French Revolution, Louie XVI and Marie Antoinette attempted to flee Paris one night in order to establish a counter-revolution. Because of their refusal to split up into two lighter, faster, more inconspicuous carriages, Louie XVI was subsequently caught, arrested, charged, and became the only King of France to ever be executed, ending more than 1000 years of continuous French monarchy. 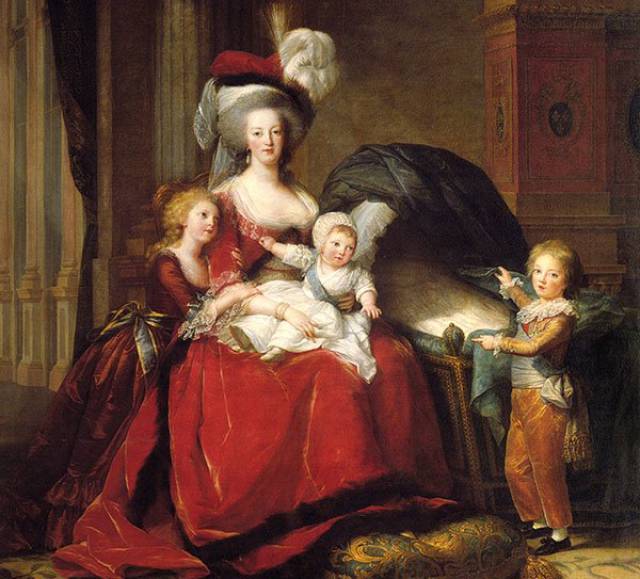 One word could’ve been responsible for the atom bomb

The Potsdam Declaration, drafted in 1945, demanded the unconditional surrender of Japan. The Japanese Prime Minister responded with the word “mokusatsu” before any formal decision was made. In English, it can be translated to “no comment” or “to ignore”. President Truman received the latter translation, and 10 days later the U.S. dropped the atom bomb on Hiroshima. 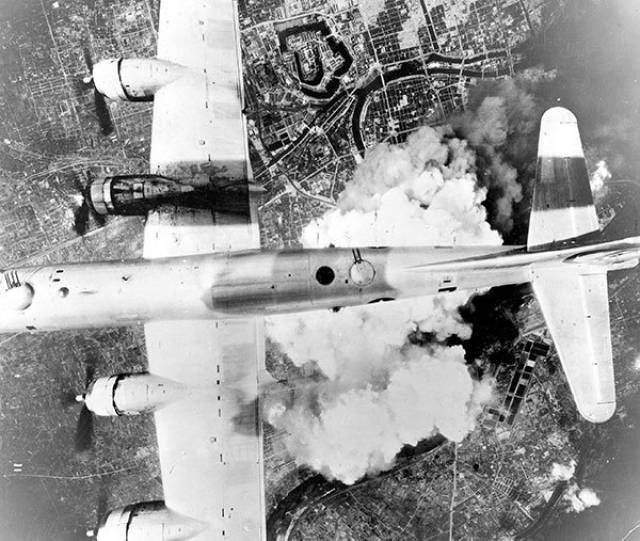 James Wolfe Ripley, the Union’s Chief of Ordnance, was known to try and save a buck or two, as well as his opposition of the repeating rifle. When the opportunity arose to purchase these rifles from the British for next to nothing, he passed believing the Union’s weapons were fine and the war would be over in a few months.

Well… the Confederates made the purchase and lengthened the war by as much as two years. 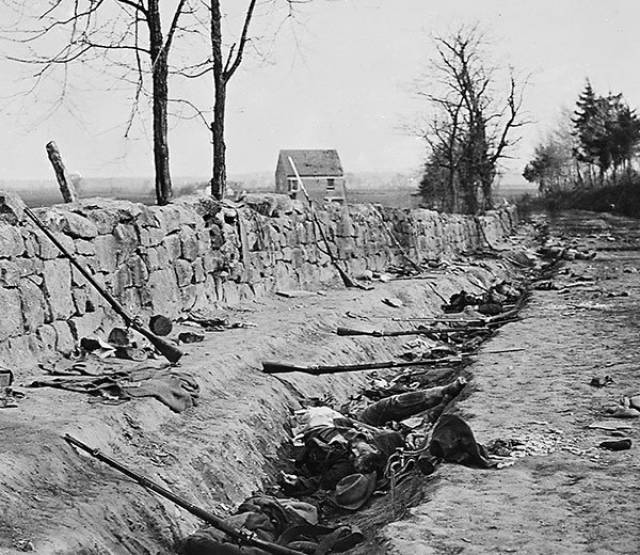 Napoleon thinking he could conquer Russia in 20 days

Napoleon invaded Russia in June of 1812 with about 600,000 men. Planning to end the war in 20 days, he only brought enough food for 30 days. This marked a turning point in the Napoleonic Wars. The Russians retreated and burned all of the crops in the process until winter came. Down to less than 100,000 cold and exhausted men, the French army was forced to abandon the campaign. 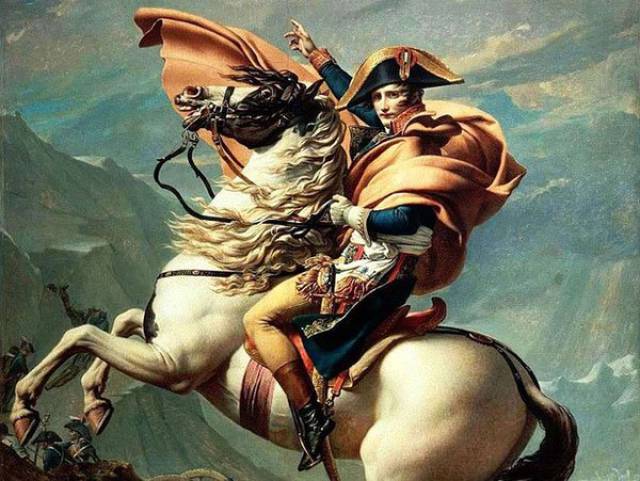 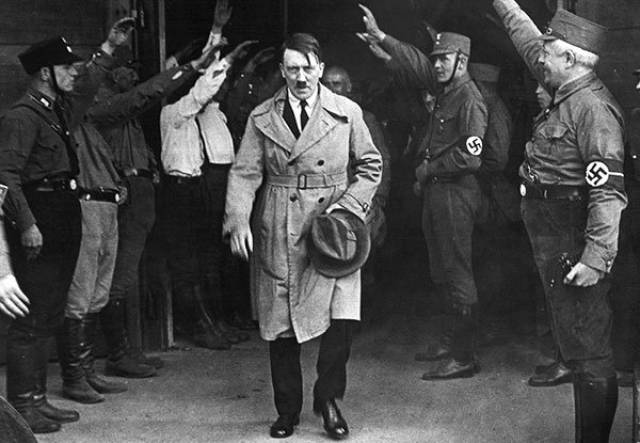 The Mars Climate Orbiter was supposed to orbit Mars allowing us to collect untold amounts of scientific data. Well on September 23, 1999, while making its final adjustments around the planet, contact was lost and it crashed. How? A programming error caused by engineers at Lockheed Martin working in the imperial system instead of the metric system… and they didn’t tell NASA. 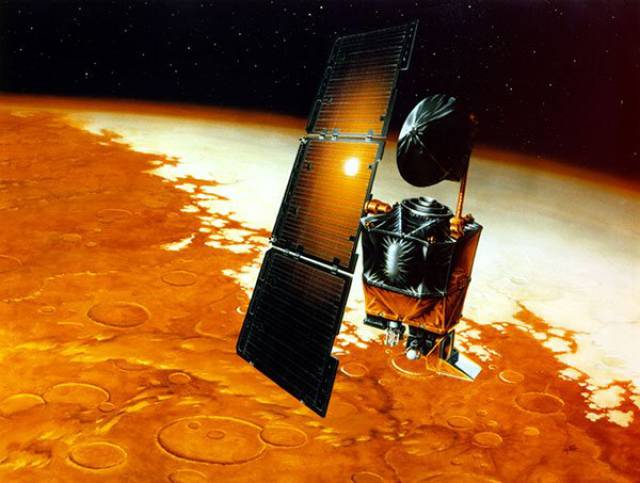 The nap that led the U.S. into World War I

Heinrich Albert was a German diplomat and accused spy. While riding the subway in July 1915, he fell asleep before being startled by a sudden stop and exiting the train abruptly. He accidentally left his briefcase filled with classified files, which fell into the hands of the Secret Service agent tailing him. The US government leaked these files to the press, increasing American public opinion further toward the war. 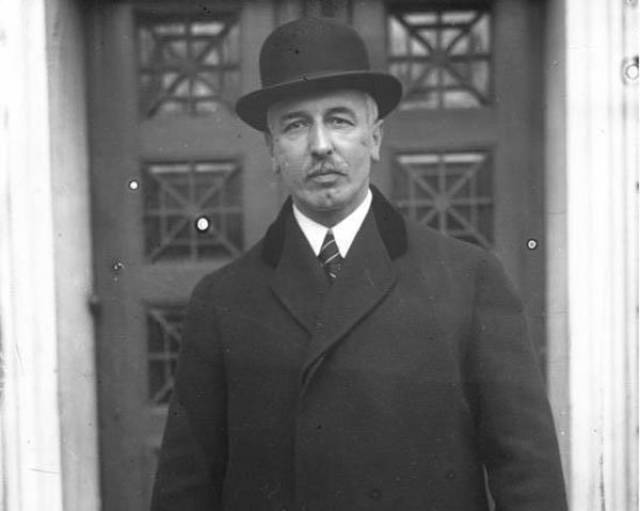 The Russian government sold Alaska to the U.S. in 1867 for $7.2 million. In a difficult financial position, they figured they made a good deal, assuming the land offered little resources. Little did they know it would end up being abundantly rich in oil and other minerals. 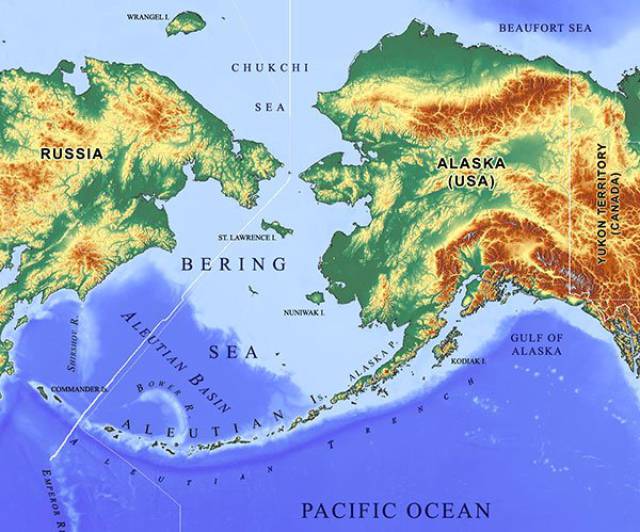 A birthday party helped the Allies success at D-Day

The invasion of Normandy may have played out a lot differently if it wasn’t for one German commander’s wife’s birthday. Erwin Rommel, in charge of defending Europe from Allied invasion, took the day of June 6, 1944, off to celebrate with his wife.

While he was away, the Allied forces captured the French coast leading to the largest German defeat of World War II. 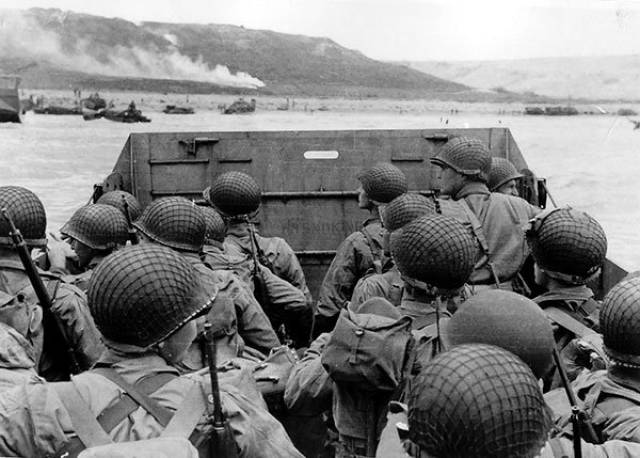 One man’s beheading brought down the Khwarazmian Dynasty 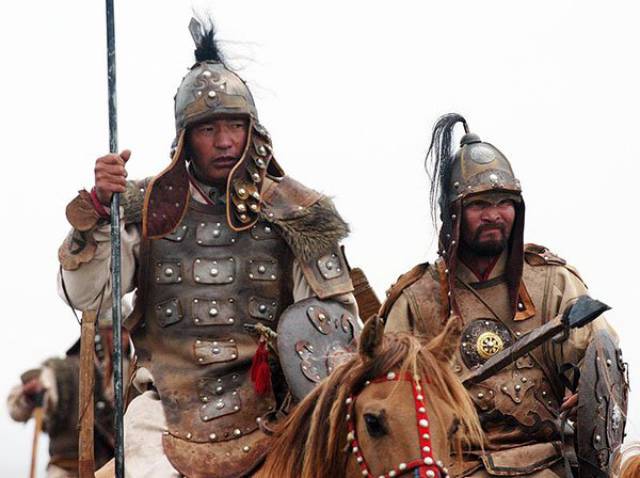 Stalin’s strict orders may have killed him

Out of constant fear of assassination, Joseph Stalin forbade any of his guards from entering his room without his consent. The problem was when he suffered a massive stroke, they were too scared to enter and try to help him. 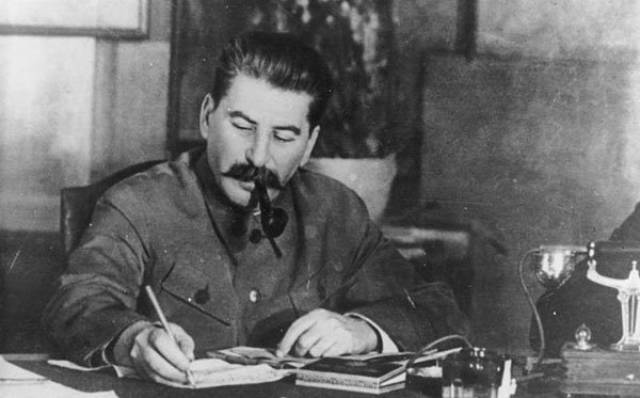 The space race came down to one loose bolt

Russia had developed the N1 Rocket as the counterpart to the U.S. Saturn V. During a test launch of the N1 on July 3, 1969, a single loose bolt got sucked into a fuel pump, resulting in one of the largest non-nuclear explosions in human history. Seventeen days later on July 20, Apollo 11, launched by a Sautrn V rocket, became the first manned mission to successfully land on the moon. 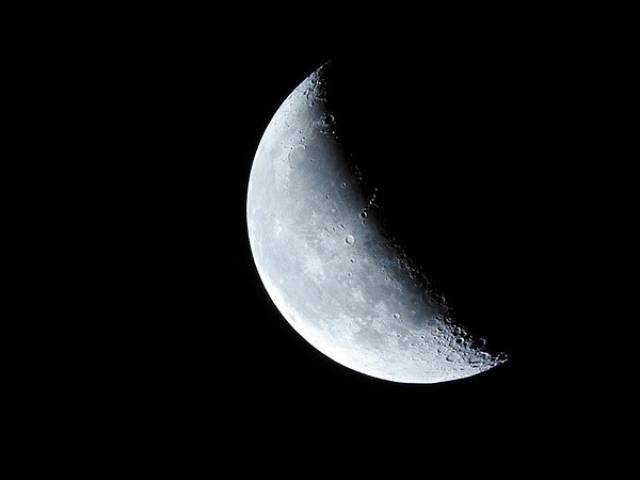