Bubble bottle necklaces were the only kind of necklace.

Bubble Necklaces were all the rage for girls in the 80s. If you didn’t have bubbles at your disposal at all times, then you weren’t cool. 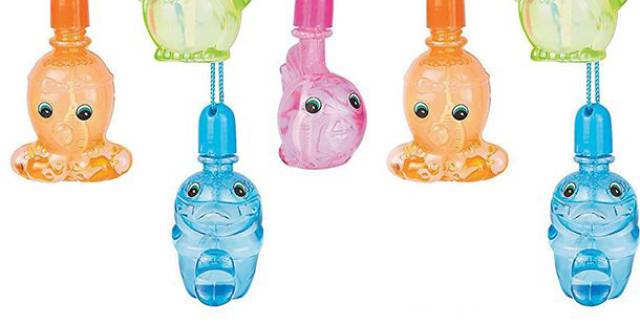 Rad, gnarly and tubular were totally going to have a long shelf life.

People thought to say rad, gnarly, and tubular was a good idea. They probably also thought those words would live on forever but thankfully, they stayed dead and buried in the 80s. 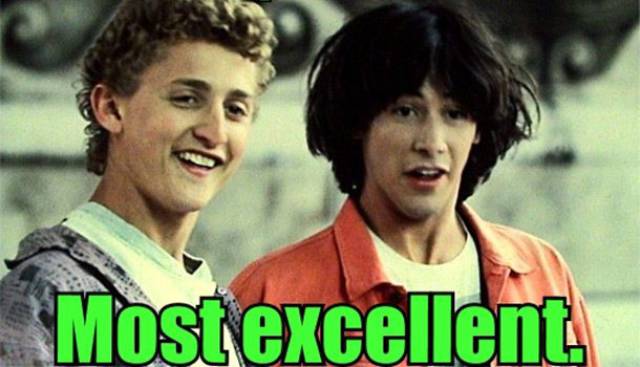 The Mullet was the glistening hairstyle of the gods.

From MacGyver to Uncle Jesse on Full House, the 80s elevated the Mullet as the perfect hairstyle every guy should have. Fortunately, people changed their minds on this one. 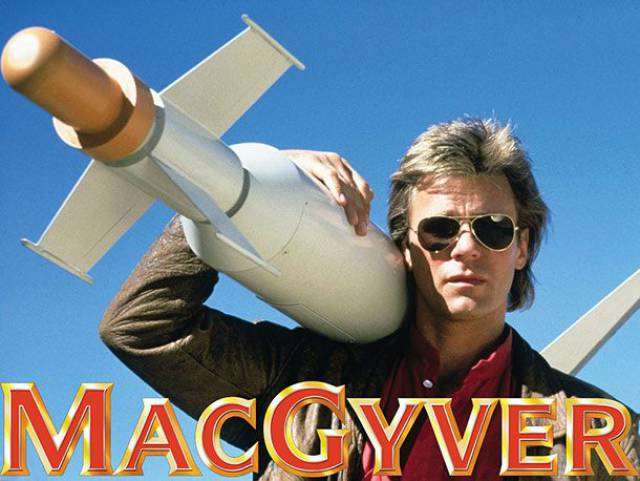 Pogo Sticks were pretty old fashioned. Stepping it up a notch, the 80’s thought it would be a great idea to redesign it into Pogo Balls. A toy perhaps even worse than the Pogo Stick. 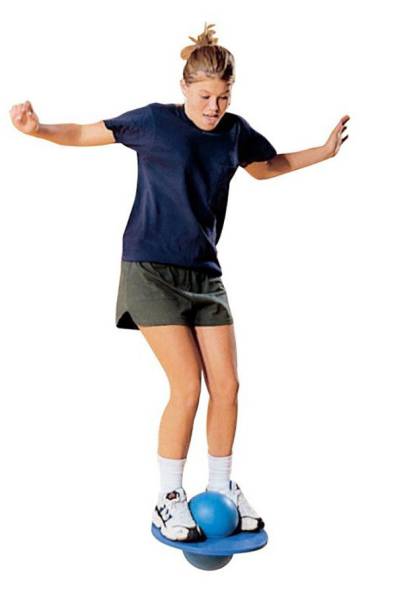 Members Only jackets were the height of fashion.

Let’s face it, in the 80’s if you weren’t a “member,” then you were failing at life. Now, of course, the opposite is true. 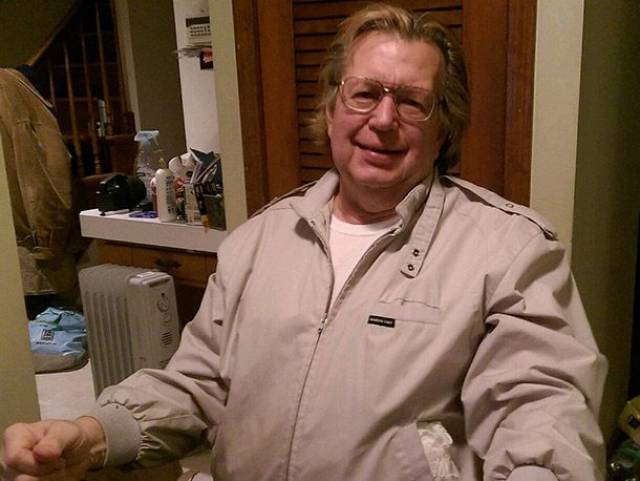 Do anything necessary to get a Cabbage Patch Kid doll.

Once Cabbage Patch Kid dolls hit the market in the 80’s, parents went totally bananas, creating riots and fighting each other in the stores. In one case, a woman clutched a Cabbage Patch doll while another shopper had her purse strap wrapped around the woman’s neck. 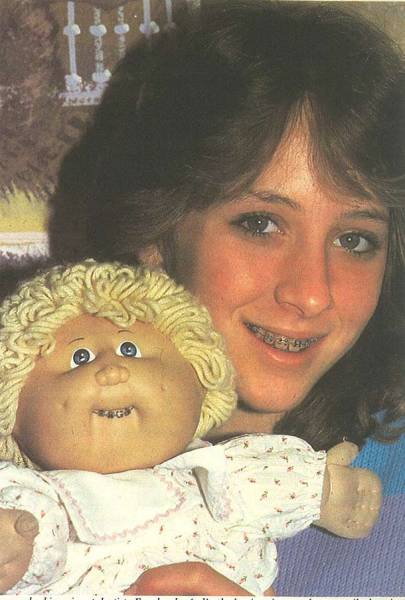 In the 80’s, one of the most popular television shows was The Cosby Show. Everyone loved Bill Cosby. We thought he was hilarious and a great TV dad and role model. Now, we’re not so sure we believe that anymore. 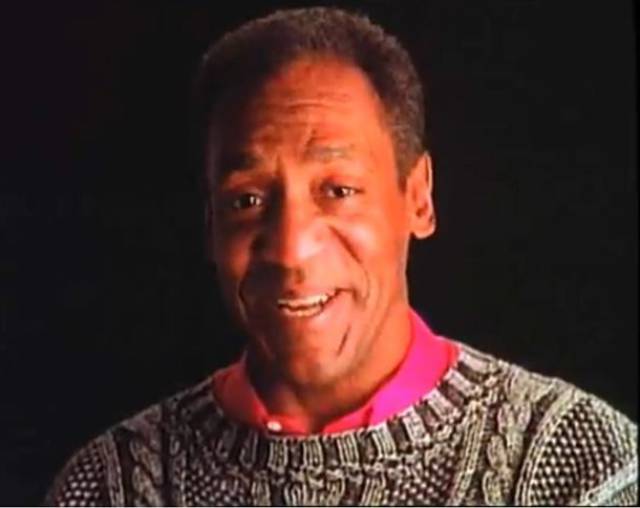 In general, flying was totally different in the 80’s. Security was almost non-existent, people could meet you at the gate, and if you wanted to light up in the cabin, you could go right ahead. 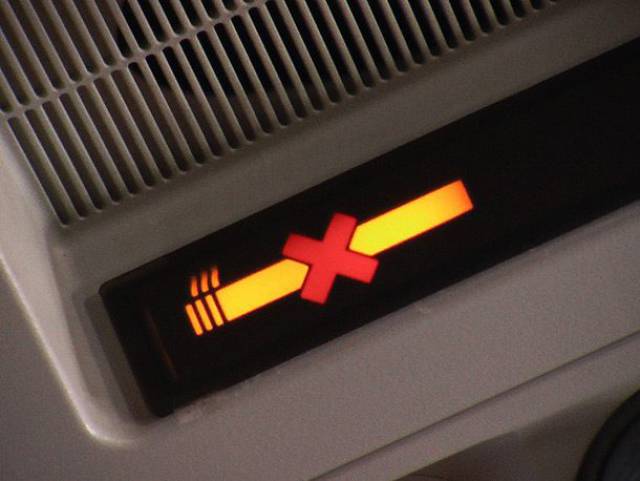 Your t-shirt wasn't complete without a clip.

For girls in the 80’s, t-shirts were pretty boring. They just kind of hung there and didn’t do anything fun. Enter the t-shirt clip. By clipping the bottom of the t-shirt to the side, they now had a little tail-looking thing that stuck out of the side of their stomach. 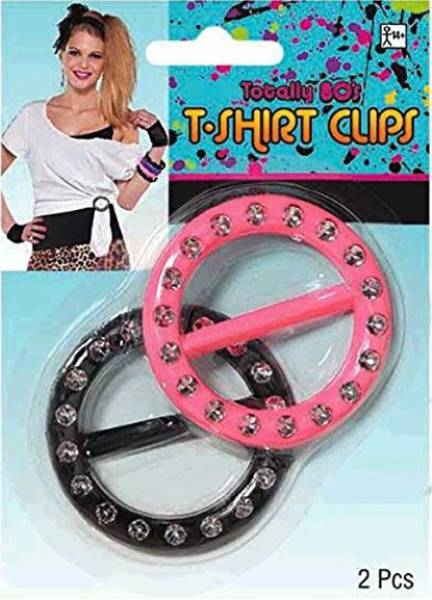 You blew inside your Nintendo cartridge to get it to work.

There’s no denying the original Nintendo Entertainment System was the best. However, it also had its quirks. One big issue was the video games didn’t always work right. People thought dust was the problem. So, they blew really hard inside the cartridges to get all the dust-out. Except, we learned later dust wasn’t a problem at all and the system just had a design flaw. 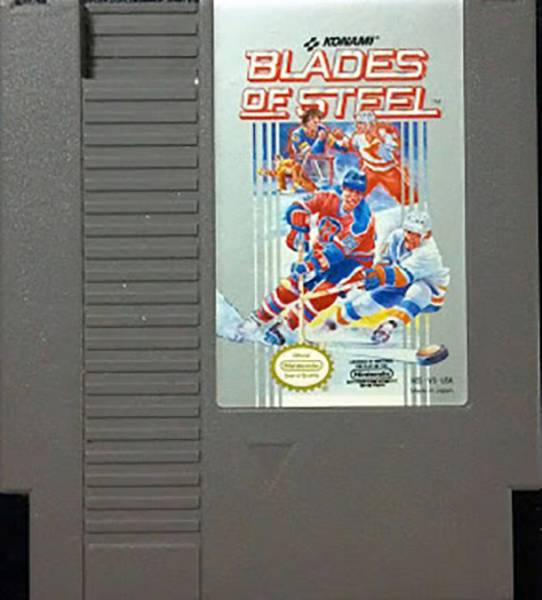 Dungeons and Dragons was the work of the devil.

A major news story on 60 minutes claimed kids were committing suicide and the culprit was an evil game called Dungeons and Dragons. In a moral outcry, many parents freaked out and banned together to stop the supposed Satanic game from killing children. Turns out, it was just a game all along. 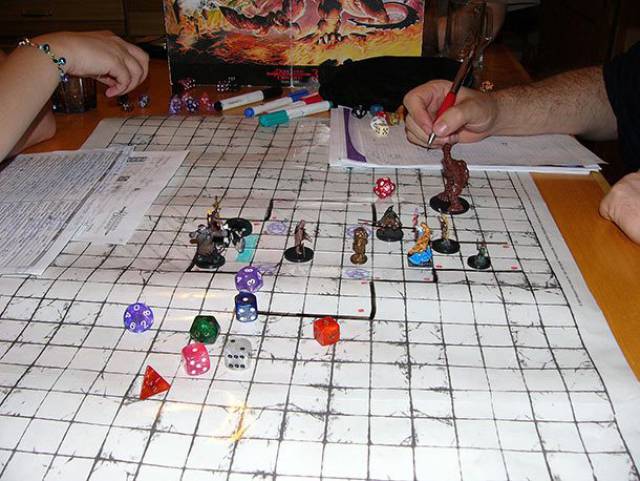 New Coke wasn't as good as the old Coca-Cola.

In the 80’s, the Coca-Cola product was fading fast and the company wanted to reinvigorate the brand. So, they decided to change the formula and release “New Coke.” Everyone panicked, claiming the New Coke was inferior to the old formula. 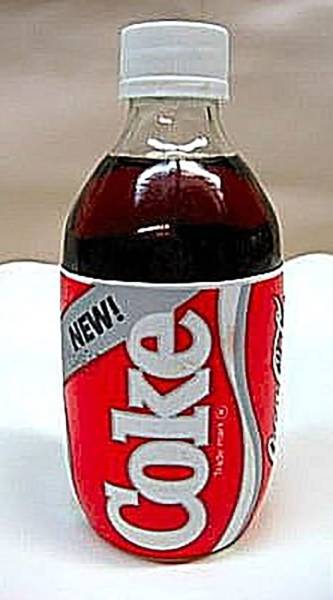 No one was cooler than the Brat Pack.

No one was cooler in the 80’s than Molly Ringwald, Emilio Estevez, Ally Sheedy, Judd Nelson, Rob Lowe, and pretty much anyone else who was in a John Hughes film. The Brat Pack reigned supreme. 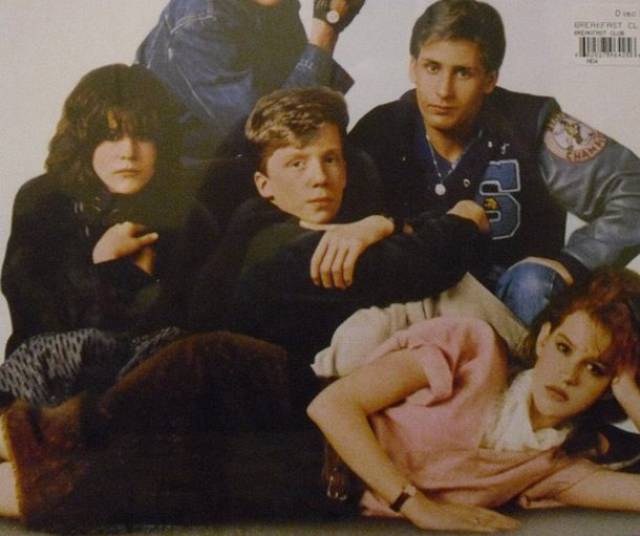 Pumping up your Reeboks make you jump higher and run faster.

If you wanted to magically become a better athlete, then you needed to get a pair of Reebok Pumps. By simply pumping up the shoe, you suddenly could run faster and jump higher. Many of their ads claimed you could beat professional tennis players and fly “first class.” 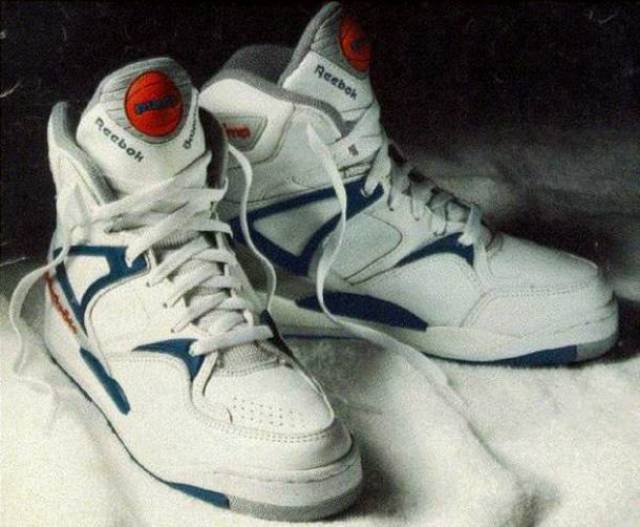 Pee-Wee Herman was not a total creep.

Kids loved the Emmy award-winning Pee-Wee’s Playhouse in the 80’s and didn’t think he was creepy at all. Once that scandal happened with Paul Reuben, opinions changed pretty quickly. 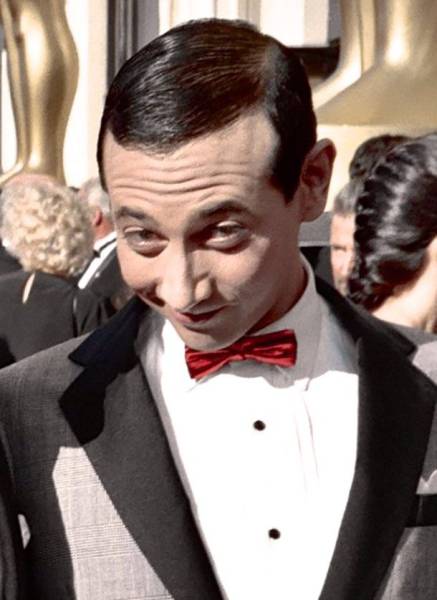 Action Figures were not dolls.

Action Figures were crime-fighting heroes like G.I. Joe and the Teenage Mutant Ninja Turtles. Solely intended for boys, they absolutely were 100% not dolls. 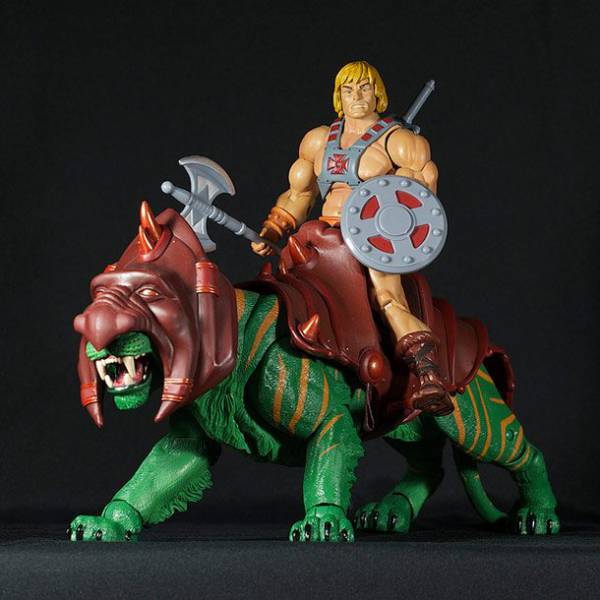 Teddy Ruxpin was adorable and not secretly trying to murder you.

Teddy Ruxpin was a top-of-the-line animatronics kids toy which used cassette tapes to tell stories. Back then, most kids loved the little guy and parents thought he was adorable. Today, we’re all more than a little creeped out by it. 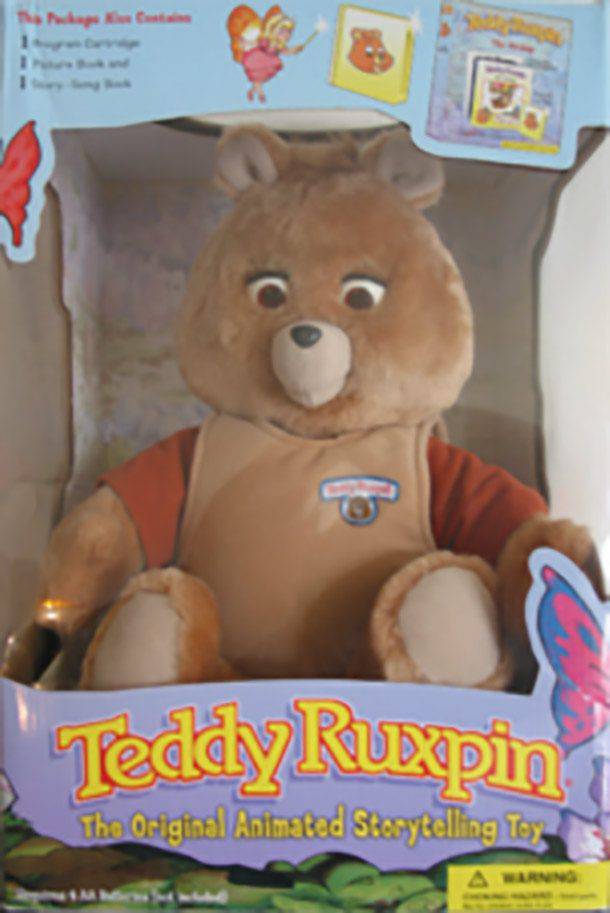 With the power of Aqua Net hairspray, girls could make their bangs go as high as they wanted and it would last all day. 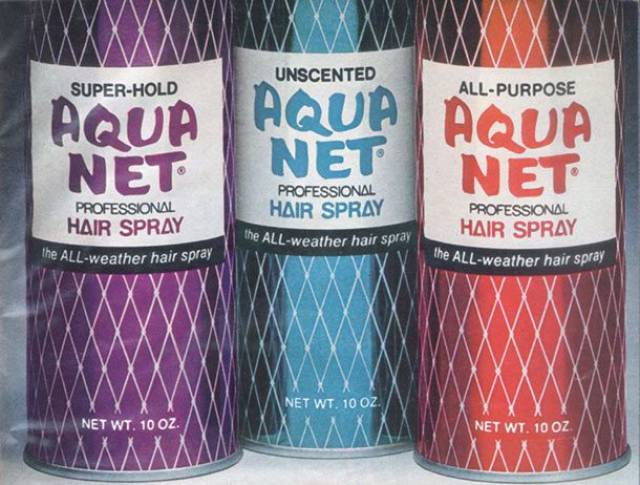 What better way to teach kids about history and geography by tasking them with hunting down a criminal mastermind? For some reason, finding Carmen Sandiego became a childhood obsession. 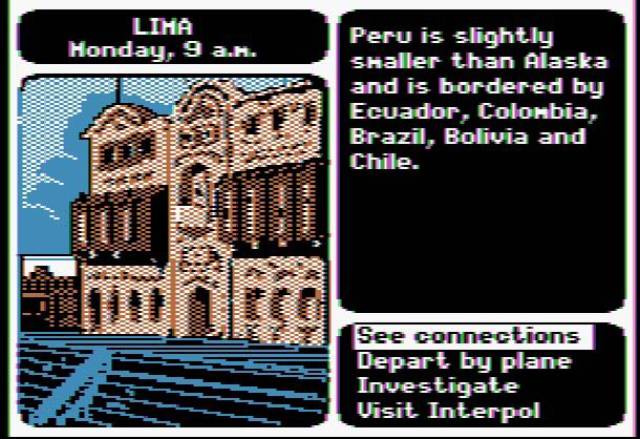 Everyone got dysentery on the Oregon Trail.

If there’s one thing kids learned about the Oregon Trail, its that it makes a fun video game and a lot of pioneers died of dysentery. 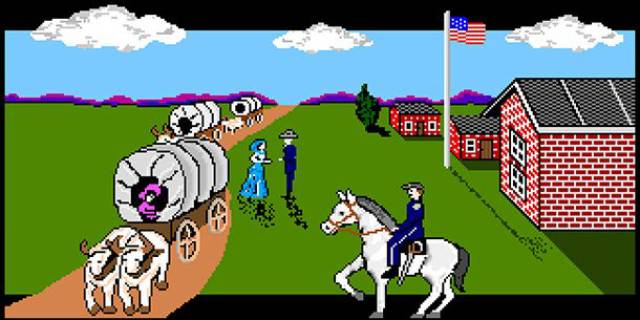 The more sugar in your cereal, the better. 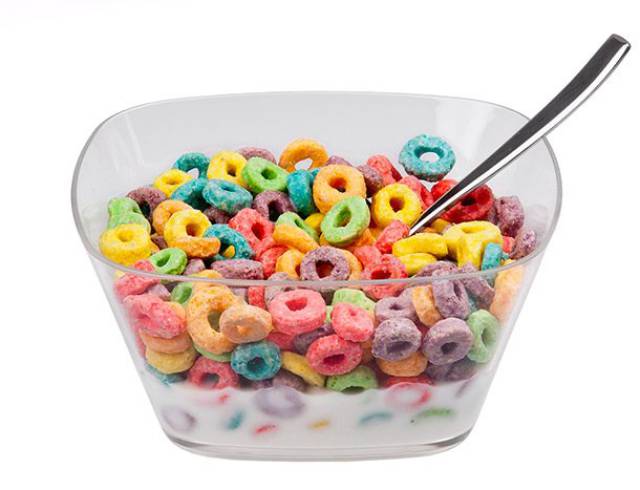 Kids ate ice cream with a flat wooden spoon and loved it.

As a kid in the 80’s, eating ice cream out of a tiny cut with a flat wooden spoon was a piece of pure joy. Things were much simpler back then. 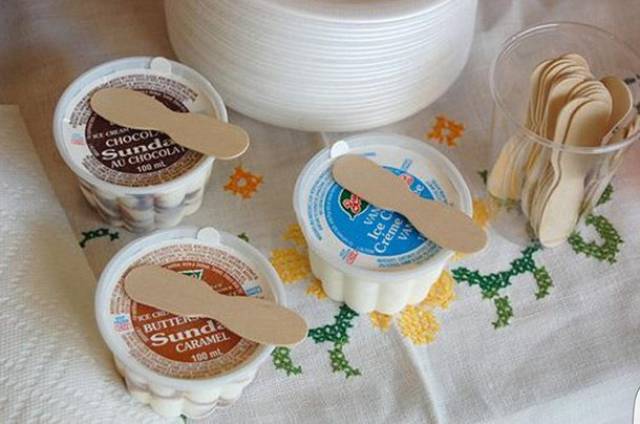 "Just Say No" were three magical words that would vanquish drugs for good.

Spearheaded by Nancy Reagan, the “Just Say No” campaign was a major pop culture phenomenon to combat drug and alcohol use among adolescents. But we realize now it’s going to take a lot more than three simple words to stop drug use. 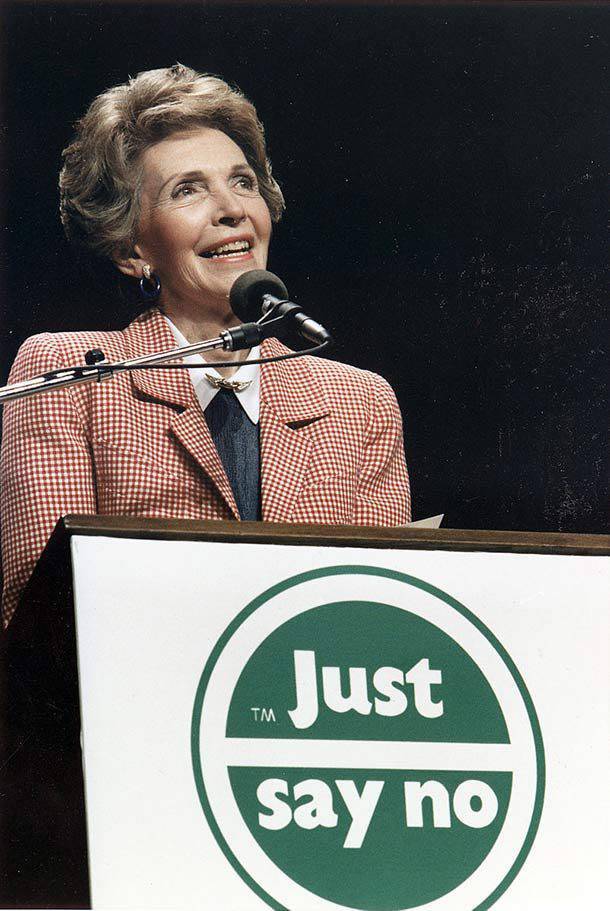 Bob Ross told us trees could be happy and we believed him.

On his television show The Joy of Painting, Bob Ross delighted us as he taught us how to paint, telling us of happy clouds and happy trees. The trees were always happy and in the process, we were too. 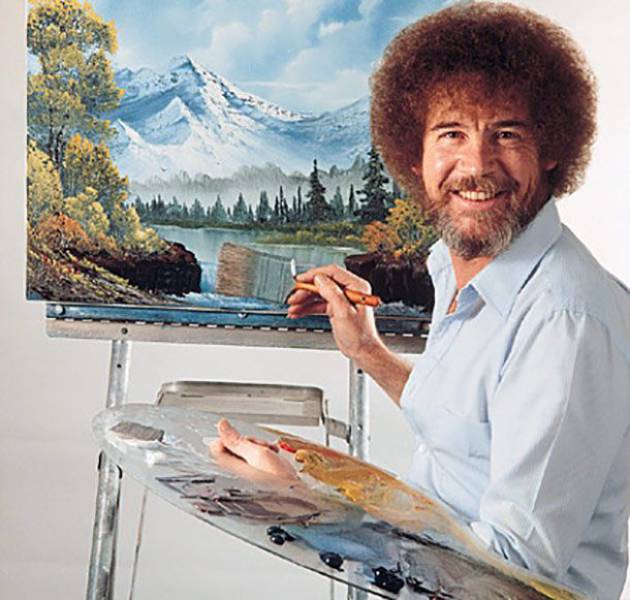 You could go anywhere in a reading rainbow

Speaking of shows, there was probably no other show like Reading Rainbow to encourage kids to read more. Hosted by LeVar Burton, reading rainbow ran for 26 years becoming one of the most enduring and endearing kid shows ever on public TV. Hey, “I can be anything, take a look, it’s in a book…” now you have that catchy song stuck in your head…you’re welcome. 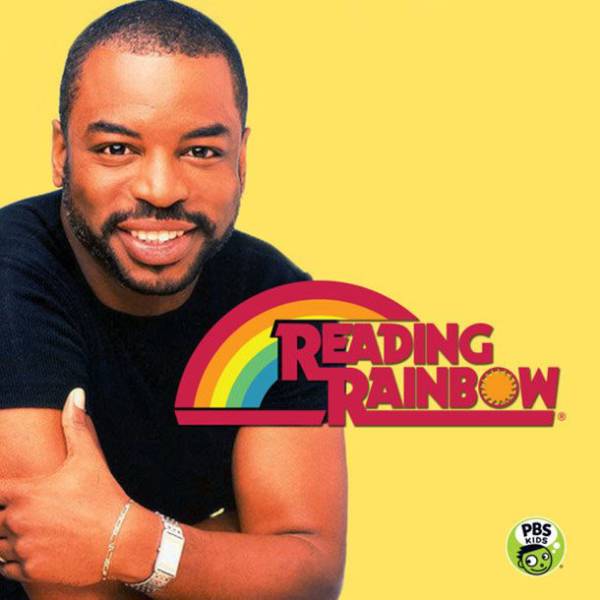