In Legally Blonde, the woman in front of Elle pretends to drink from the fountain, but there isn't even water coming out of it. She's literally just inhaling air, whereas the pool boy clearly drinks the water.

In Grease, Vi tries to turn off the light with her elbow, but she completely misses. A second later, the lights somehow turn off anyway.

In Miss Congeniality, Cheryl beats Gracie with the rose bouquet, and the petals fall off. A few seconds later, the red petals magically reappear. 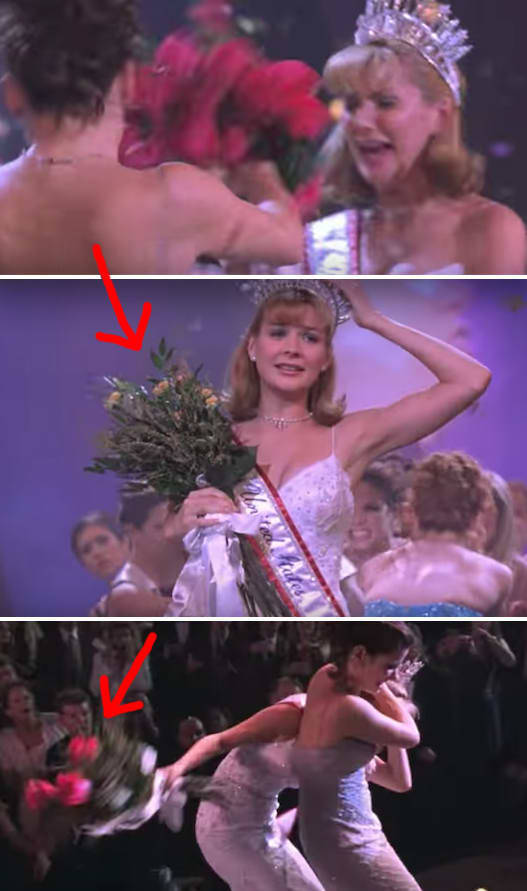 In Harry Potter and the Chamber of Secrets, you can visibly see a cameraman in the shot during Harry and Draco's dueling scene. In Hitch, Will Smith's character has an allergic reaction, and only one side of his face swells up. Later on in the night, the swelling switches to the opposite side. 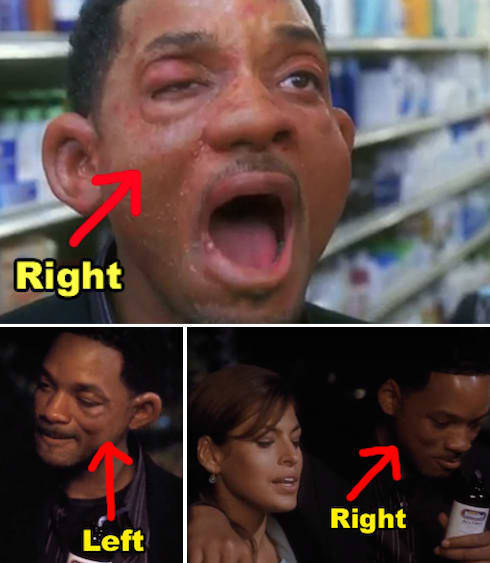 In the first Pirates of the Caribbean, a man wearing a cowboy hat can be seen in the background of the final scene. 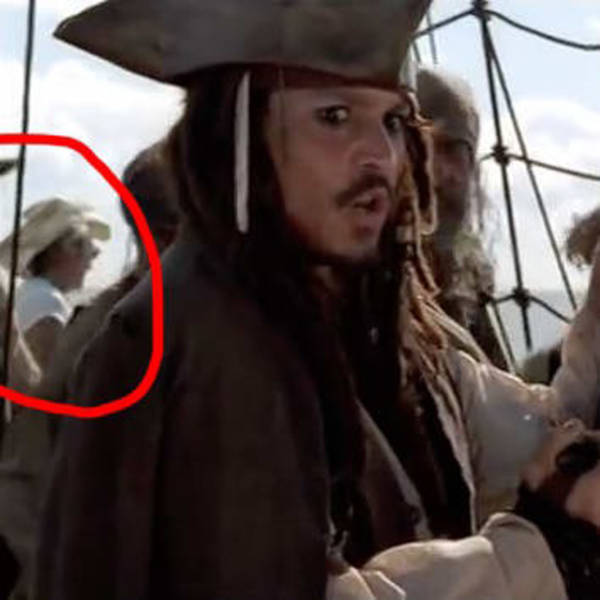 In Soul Surfer, they wrapped green tape around AnnaSophia Robb's arm to digitally remove it from the movie, but in the trailer you can see where they forgot to edit it out. 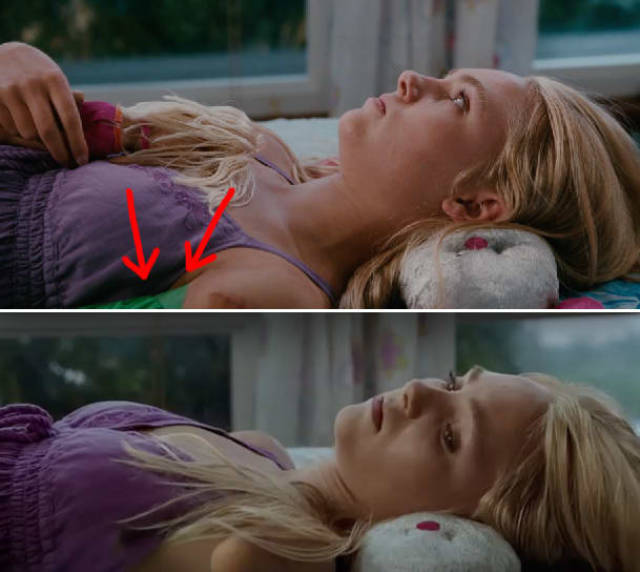 In Spider-Man, Tobey Maguire's character saves Mary Jane, but as they swing away you can clearly tell that he was subbed in with a mannequin. Also, Mary Jane's hair blows incorrectly compared to the way they're swinging. 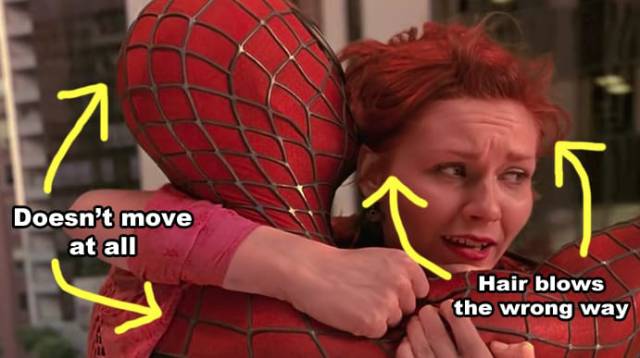 In Mean Girls, Cady accidentally scares Janis and Damian, causing the popcorn to spill everywhere. In the next shot, the popcorn bowl is magically refilled. 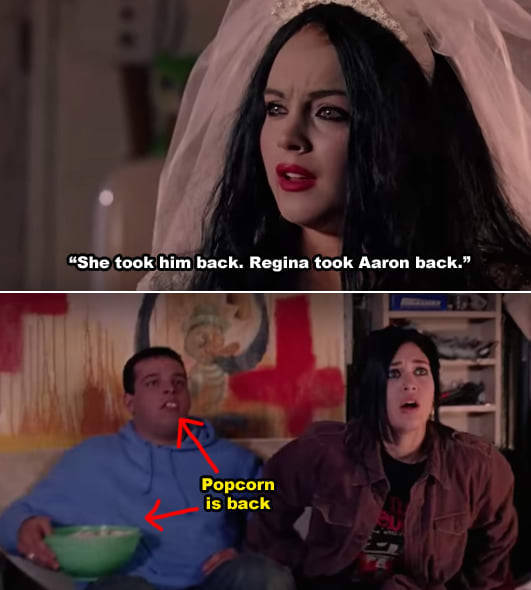 In Dirty Dancing, Johnny is supposed to be driving, but if you look closely at the gear shift you can see that the car is actually in park.

In Willy Wonka, Grandpa Joe is bedridden for 20 years, yet he somehow manages to leave and buy Charlie a chocolate bar for his birthday without anyone noticing. 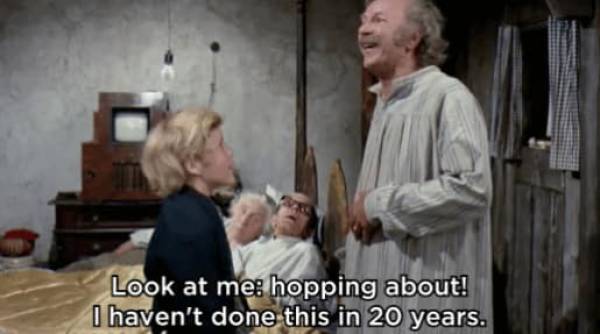 In Avatar, the Na'vi are supposed to be 10 feet tall, but at the end of the movie Jake's hand fits perfectly when cupping Neytiri's face, which should be disproportionately much larger. 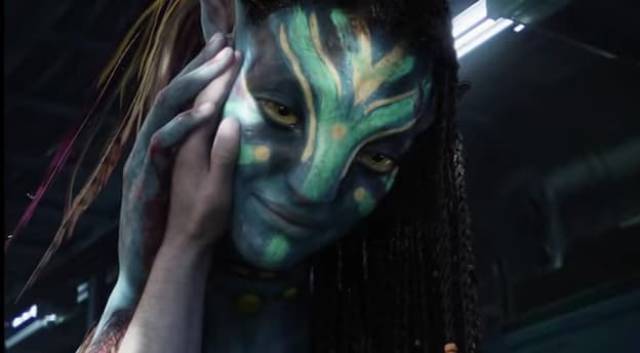 In It's a Wonderful Life, Clarence reveals that George's brother died at the age of 9, but the dates on his gravestone say that he was only eight.

In Willy Wonka, the candy man accidentally hits a little girl in the face when he lifts the counter.

In The Fifth Element, right before Leeloo escapes, you can clearly see the outline of the glass where she's about to punch through.

In The Wizard of Oz, Dorothy is about to leave with The Wizard, but Toto runs off. She chases him and asks for The Wizard to stay, but you can see the Tin Man untie his balloon and then act surprised when it starts to fly away.

In Frozen, Elsa's hair passes directly through her shoulder as she sings "Let It Go."

In She's All That, Taylor gets a heart tattoo on her left shoulder, but later on her tattoo mysteriously disappeared at prom. 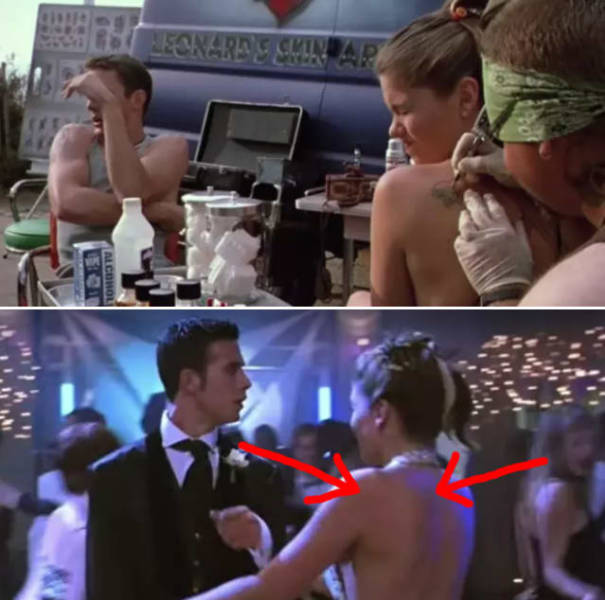 In Never Been Kissed, Josie and her friends make a giant poster with the number pi on it, but they label pi incorrectly. It's actually 3.14159.

In Legally Blonde, Elle gets into the elevator, but Vivian chases after her to stop it. However, because of Vivian's reflection, you can see that she was waiting there the whole time for her cue.

In Braveheart, you can see a white van in the background of one of the battle scenes, which is supposed to take place in the late 13th century. 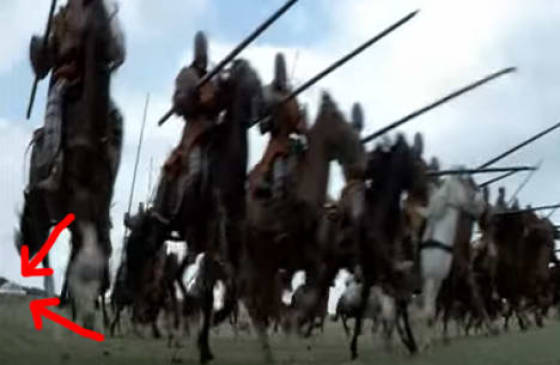 In Pitch Perfect, Aubrey lets her hair down during the final performance, but throughout the song it noticeably changes from up to down several times.

In Return of the King, Frodo gets caught in Shelob's webs. Sam finds him and presumes he's dead, but throughout the scene Frodo's eyes go from open, to closed, and back to open again. 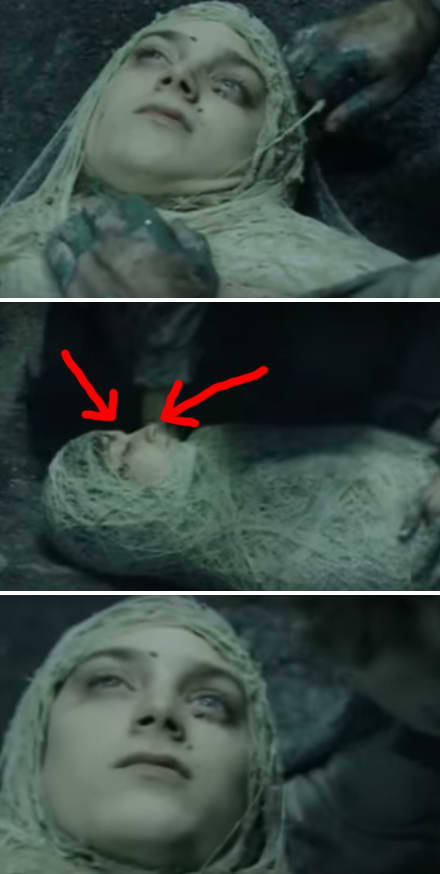 In Ocean's Eleven, Brad Pitt's shrimp cocktail container changes from a glass to a plate, and then back to a glass again. 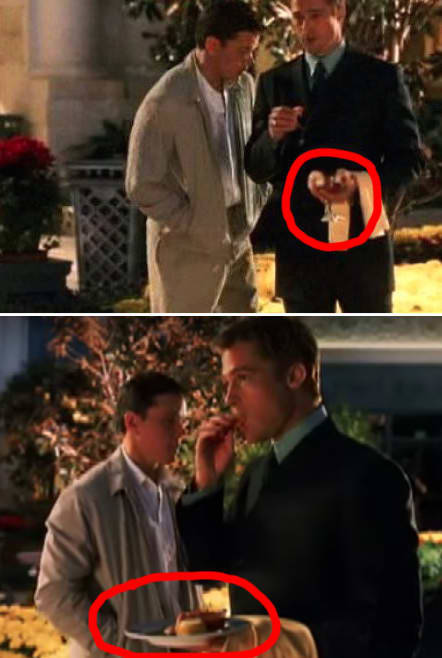 And, of course, in American Sniper, they substituted a real baby for a literal doll. You can even see Bradley Cooper move the doll's hand with his finger, to make it appear more real. 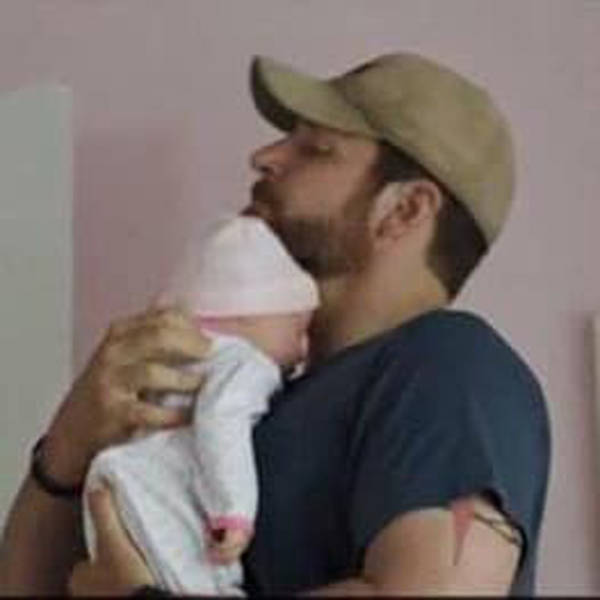