These Animals Have Just Recently Been Discovered (25 pics) 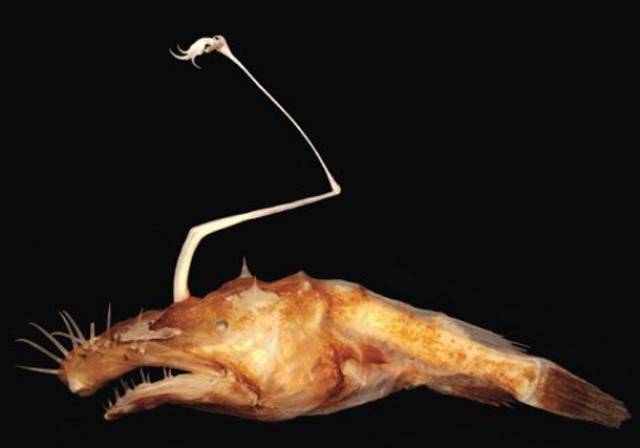 Also known as the ruby seadragon, Phyllopteryx Dewysea is a little marine fish that inhabits the coast of Western Australia. The species was first described in 2015, making it only the third known species of seadragon and the first to be discovered in 150 years. 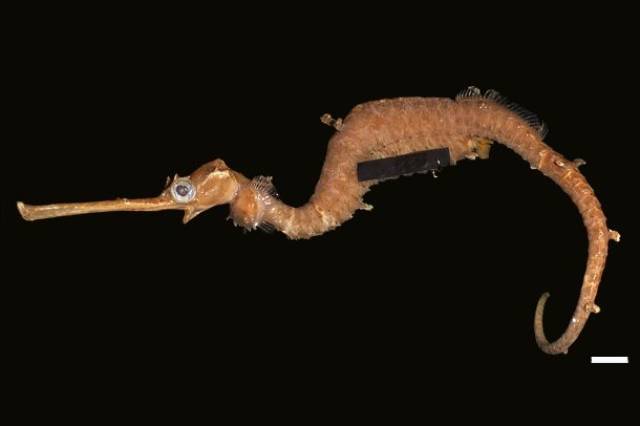 Gramastacus Lacus is a new species of freshwater crayfish that was recently discovered in New South Wales, Australia. One of the smallest crayfish in the world, this species reaches a maximum weight of just 0.25 oz (7 g). 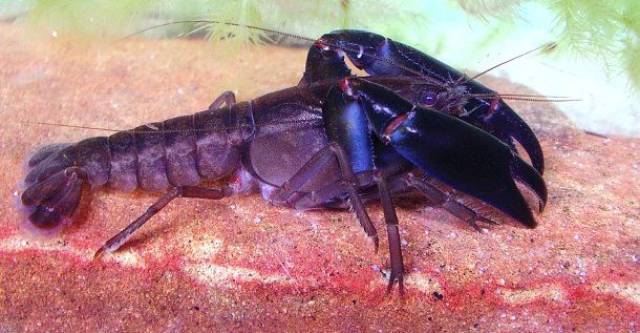 Also known as the desert tawny owl, Strix Hadorami is a newly discovered species of owl. Found in desert, semi-desert, rocky ravines, and palm groves in North Africa and the Arabian Peninsula, this nocturnal bird feeds on voles, mice and large insects. 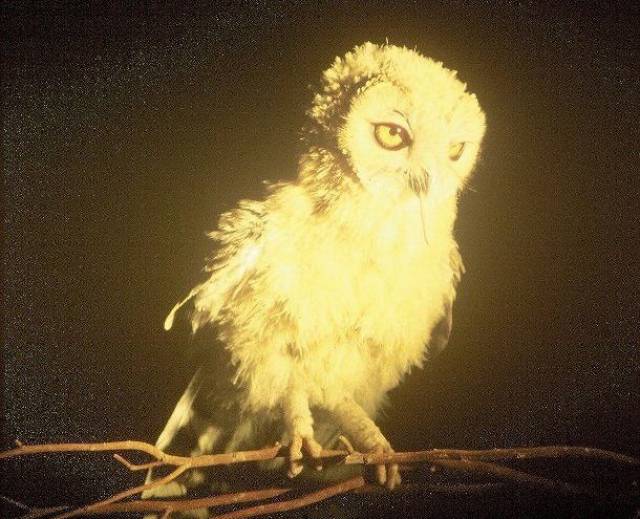 Also known as the Moroccan flic-flac spider, Cebrennus Rechenbergi is an agile arachnid notable for its unique defensive technique. Whenever it feels threatened, the spider cartwheels itself out of danger. 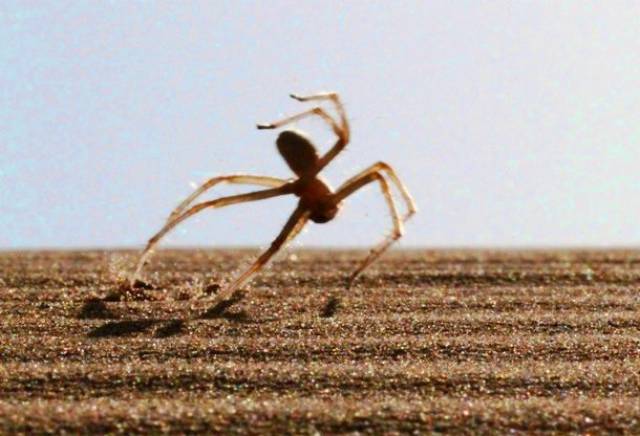 Discovered in Central Indonesia as recently as 2016, Paracheilinus Paineorum is a new, beautifully colored species of the flasher wrasse. 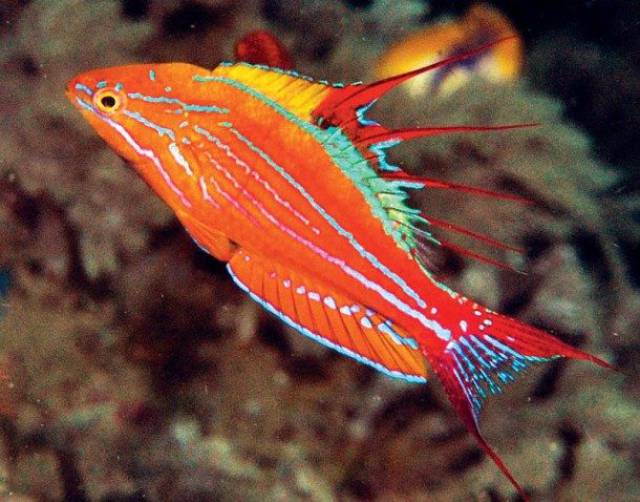 Six new species of a mysterious blood-sucking ant were recently identified in Madagascar. Known as Dracula ants, these bizarre ants suck the blood of their young in a process dubbed as “nondestructive cannibalism”. 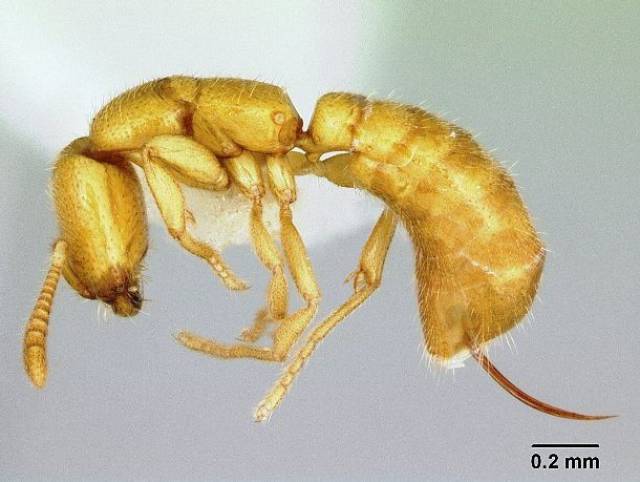 Arapaima, one of the world’s largest, most endangered and most mysterious freshwater fish, was already known to scientists but in 2016, a completely new species of this strange-looking Amazonian creature was discovered at several locations in Southwestern Guyana. 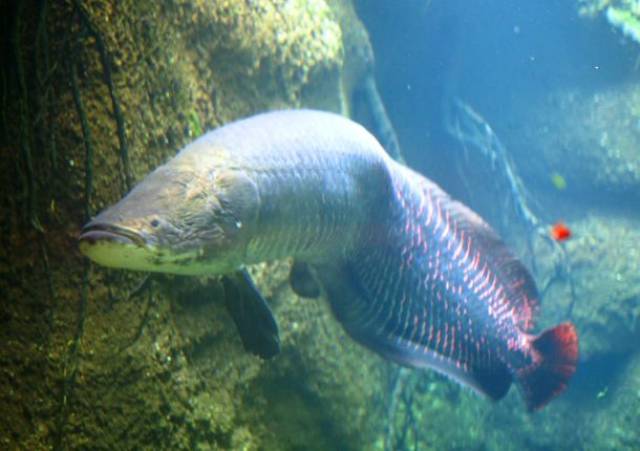 Geckolepis Megalepis is a species of gecko that was recently found in Northern Madagascar. This gecko can detach its enormously large scales as a defense mechanism when a predator attacks, leaving the predator with a mouthful of scales rather than itself. 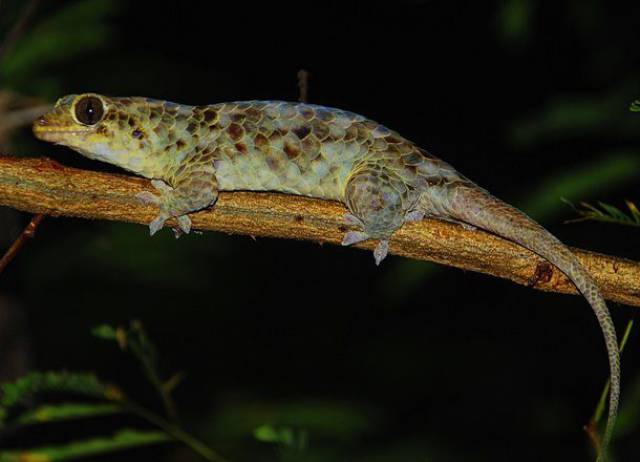 This bizarre fanged scaleless blackfish was discovered by scientists with the Commonwealth Scientific and Industrial Research Organization in a volcano off the coast of Australia in 2015. The Himalayan thrush is a species of bird described in 2016 and separated out from the Alpine thrush. The tree-dwelling species has shorter legs, tail and wings but a longer bill than its Alpine counterpart and uses the shorter legs and tails to help it maneuver around in the forest. 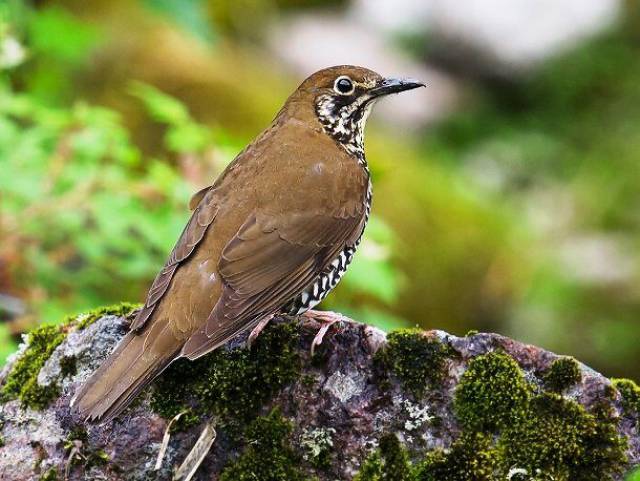 Discovered in the marble caves of Sequoia National Park in California, this millipede has left scientist speechless. Named the Illacme tobini, this critter has 414 legs, four penises, and it secrets poisonous chemicals as a defense mechanism. 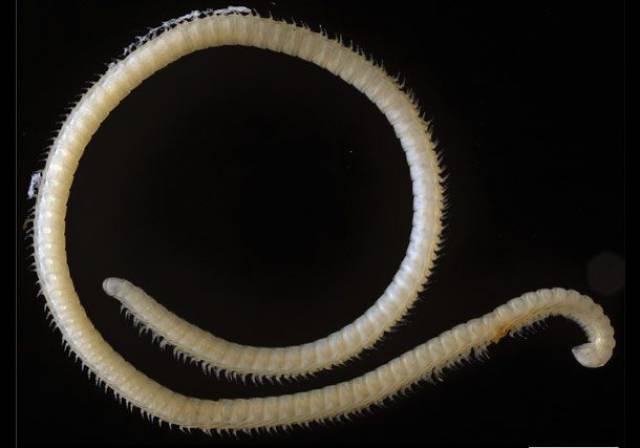 Nicknamed “punk rocker” this marble-sized amphibian was discovered deep in the rain forest of Ecuador and is the first amphibian known to be able to change it’s skin texture. The mutable rainfrog has the incredible ability to go from a smooth skin to a spiny skin in a matter of minutes. 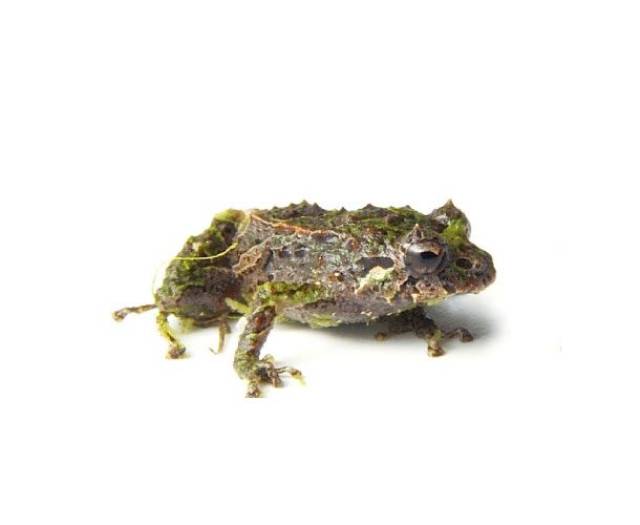 Also known as the ruby-eyed pit viper, Cryptelytrops Rubeus is a recently described species of snake that has been recorded from dense evergreen forests of southern Vietnam and eastern Cambodia. 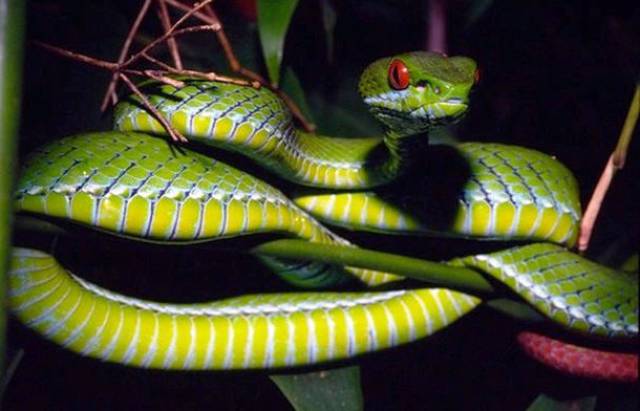 Found in the eastern Pacific Ocean, the ninja laternshark is colored black with white markings around its eyes and mouth. Besides its coloration, it differs from other deep-sea lanternsharks in its lack of bioluminescent organs. 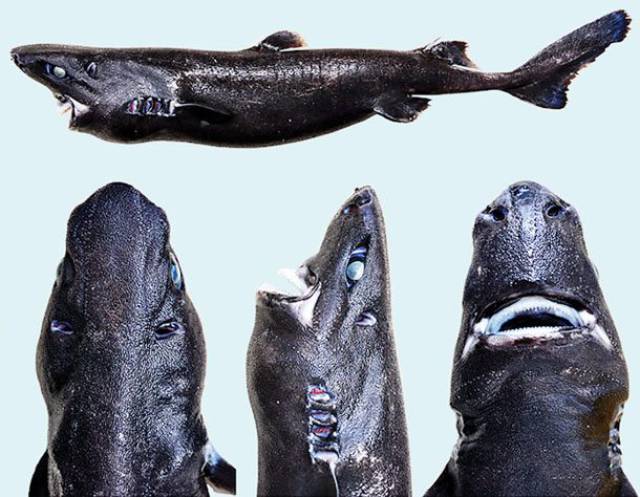 Maratus Bubo is a newly discovered species of Australian jumping spider. The name “bubo” is based on the Latin genus name for the great horned owl (Bubo Virginianus) — in reference to the owl-like design on the spider’s dorsal plate. 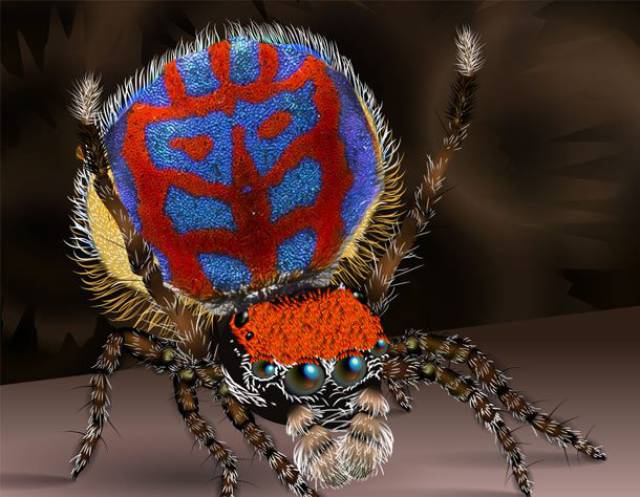 Discovered on the sea floor in Victoria, Australia, dendrogramma enigmatica is a strange, multicelullar animal that researchers believe could be related to jellyfish, coral and sea anemones. 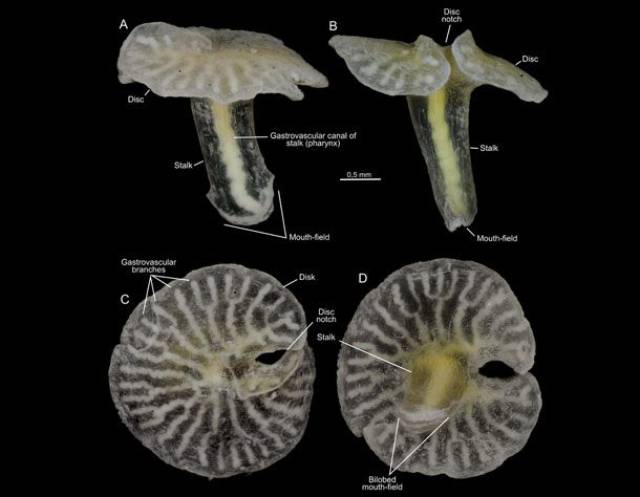 Also known as the bone-house wasp, Deuteragenia Ossarium is a species of wasp recently discovered in China. It was named after graveyard bone-houses or ossuaries because the females built vestibular cell filled with dead ants close the nest as the dead ants emit chemicals that would deter predators. 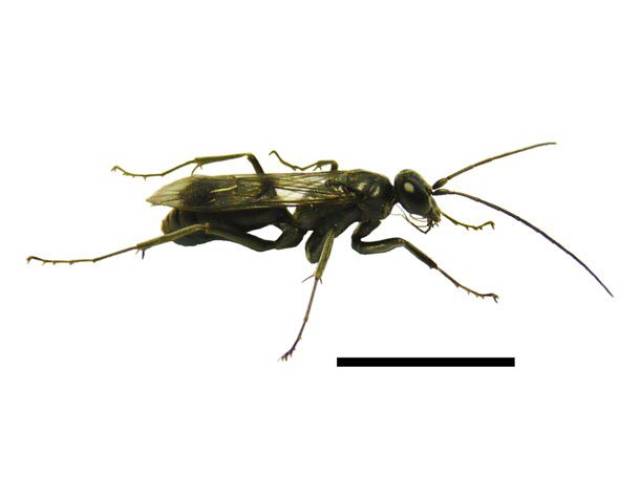 Discovered on the Indonesian island of Sulawesi, limnonectes larvaepartus is a large frog with brown to grey coloration. It is the only species of frog in the world known to give birth to live tadpoles. 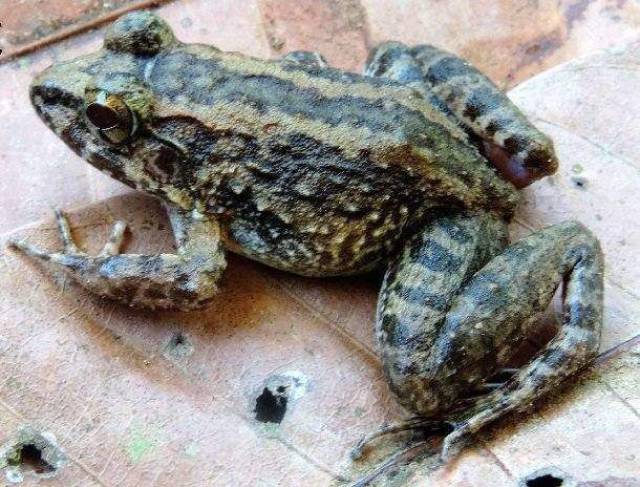 Phryganistria tamdaoensis is a newly discovered species of stick insect belonging to the family of giant sticks, although it “only” reaches 9 inches (23 cm) in length. The species got its name from the Tam Dao National Park in northwestern Vietnam where it was found. 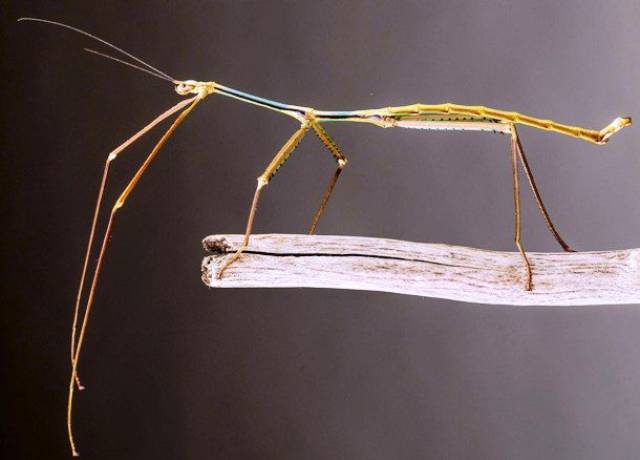 Discovered off the coast of Japan in 2015, Phyllodesmium Acanthorhinum is a new species of sea slug. This marine gastropod mollusc is notable for its striking, fluorescent coloration. 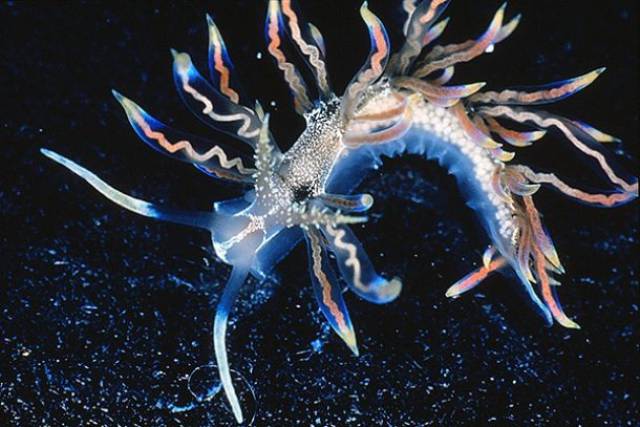 Found in Laos, Thailand and Vietnam the S.cataracta is the first centipede able to swim just as well as it is able to run. It has 20 pairs of legs and can grow to roughly 8 inches. 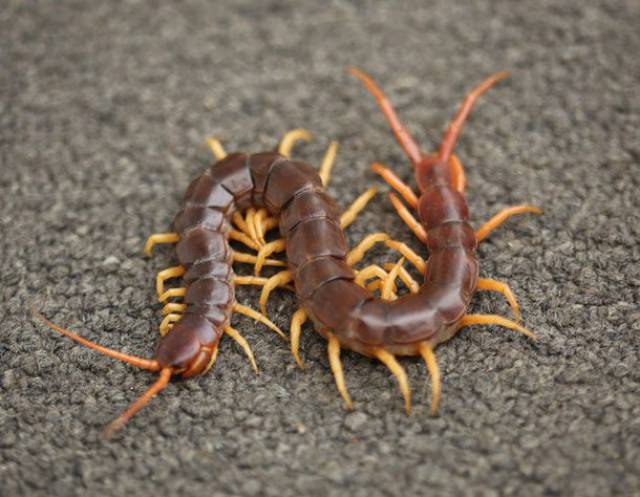 Discovered in 2005 in the south Pacific Ocean, the yeti crab is distinguishable by the fact that it’s covered in long, pale yellow hair. This bizarre looking decapod can reach length of around six inches and lives near hydrothermal vents in the ocean. 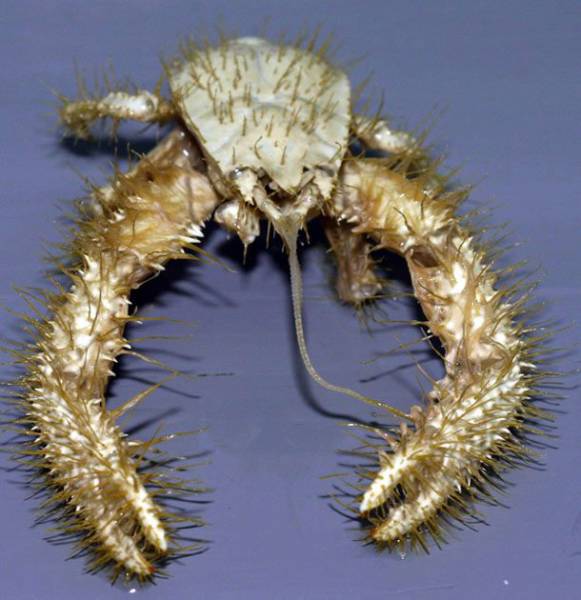 Sporting a glorious red beard, the red bearded titi is probably one of the most striking monkeys in the wild. Officially, it was discovered in 2008 in the Colombian Amazon forest. However, it’s believed that these monkeys were initially observed in 1960. They are incredibly endangered with roughly 250 left in the wild. 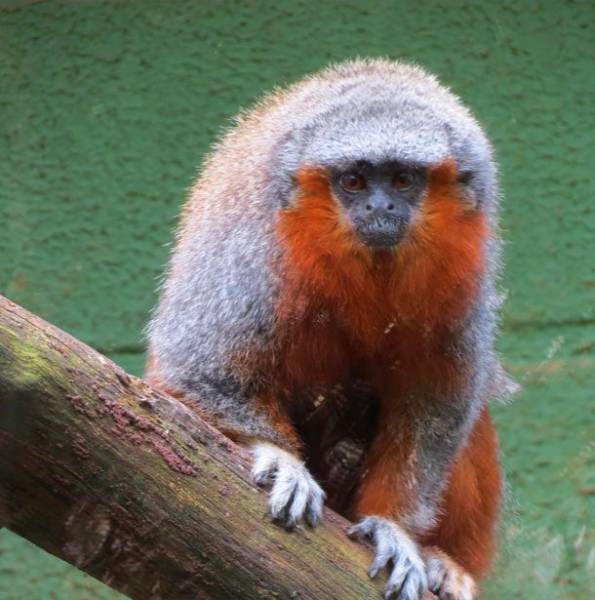