Nothing Better Than Pranking Your Special One (8 pics) 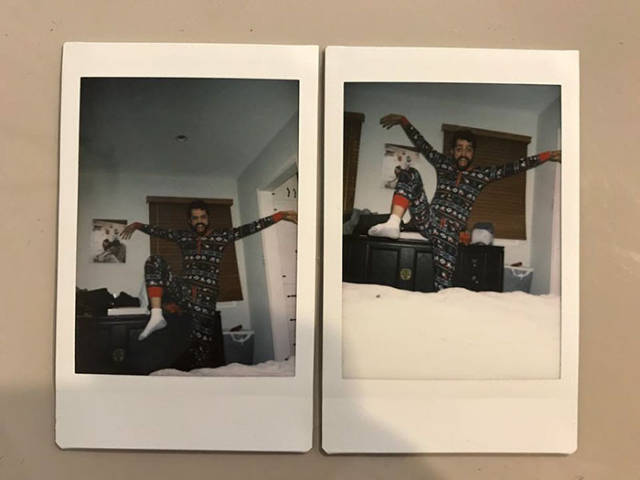 To set the stage: I come in wearing my wife’s Christmas PJs. She starts laughing at me. I ask her to take two Polaroid pictures of me. She grabs the film, opens the box (important detail), and loads it into the camera. She was laughing pretty hard at how ridiculous I looked. I sit next to her and say, “let’s take a picture together”… 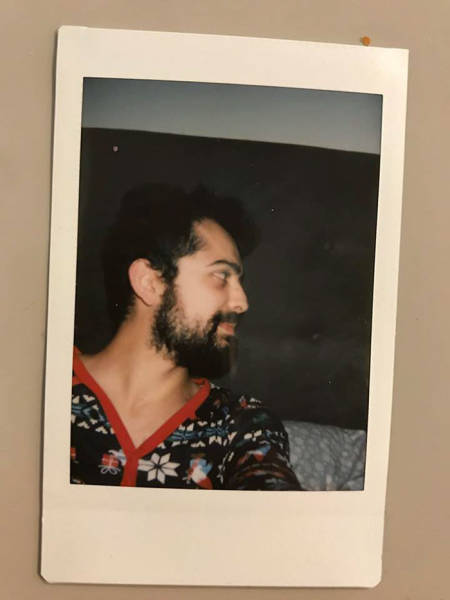 So we touch noses, and I take the picture above. SHE WASN’T IN IT. She says, “That’s super weird, we were touching noses. How did you miss me!?” I say, “Here, let me try again…” 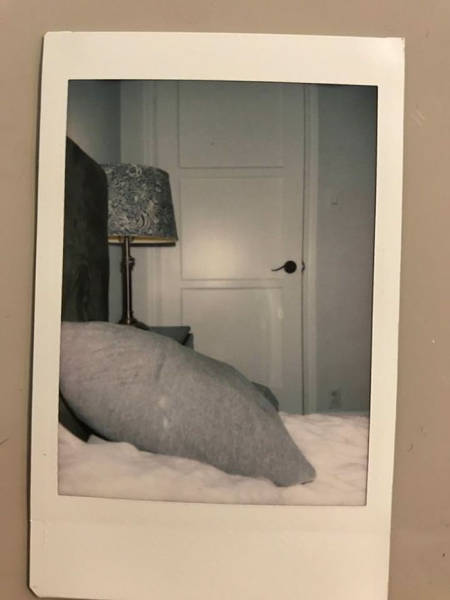 So I take this photo. She starts FREAKING OUT. I say, “Okay. Let me take it from farther away…” 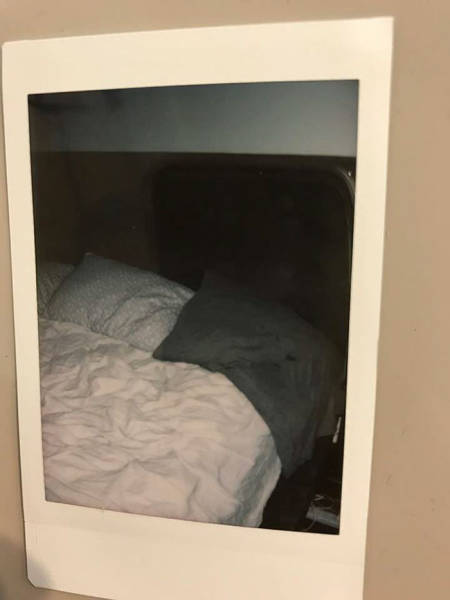 I snap this photo which SHE’S NOT IN AGAIN!! She starts really worrying about this… she says, “Am I dead?! Am I dreaming?! Am I a vampire?!” (note: she’s allergic to garlic) She inspects the camera, turning it every which way etc. I say, “There isn’t a ‘remove wife from this photo’ option on a Polaroid, Sarah! How would I be doing this?! Here take a selfie.” So she does… 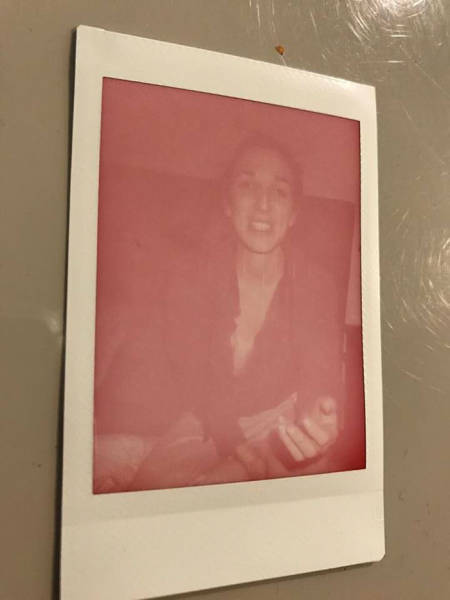 It develops like this. Still freaking out, she takes a picture of me. 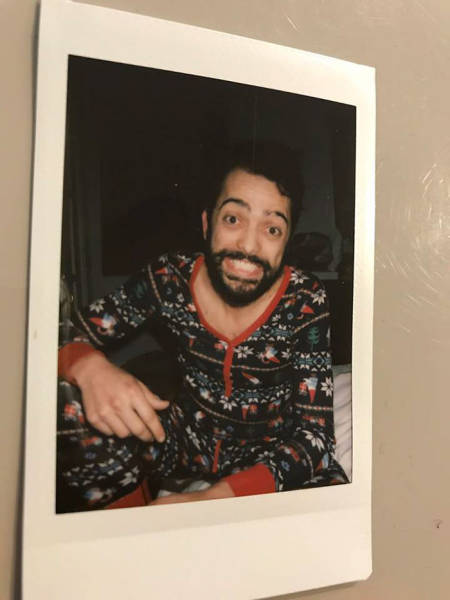 It develops 100% normal. She’s about to lose it. Finally, taking pity on her, I explain what I did. 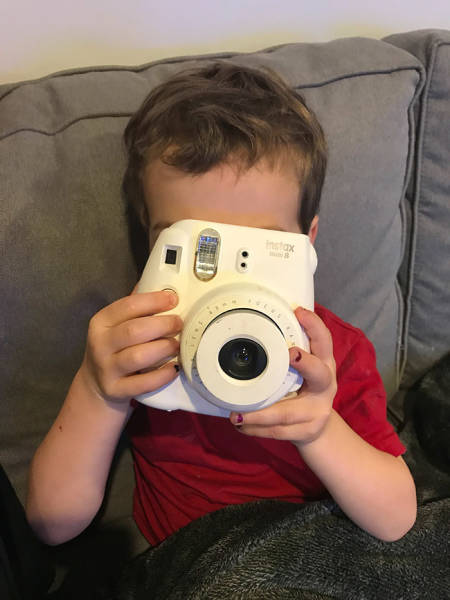 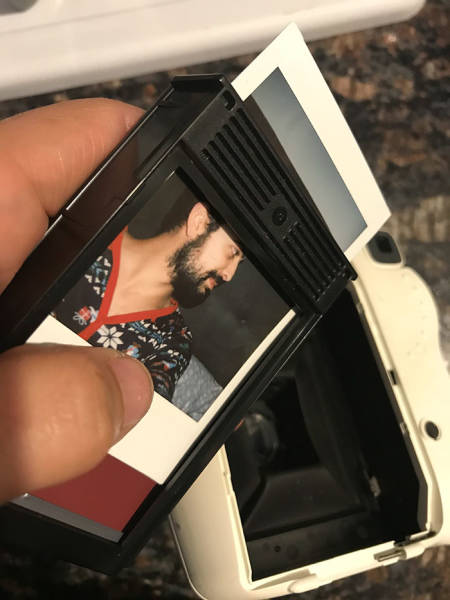 I took digital pictures of the Polaroids with my phone, to study/replicate my swan positions later. Under a red light, I reloaded the Polaroids into the cartridge, then glued the box back together so she would open a “new” box and load the film herself. As she was taking the pictures, the already-exposed Polaroids were coming out one by one. I honestly didn’t think it would get as far as it did… My wife, as a grown woman, thought she was dead or a vampire for a solid 5 seconds.