Space Is Still Largely Unknown To Us (25 pics)

When stars explode, they turn into giant fireballs called Supernovas. But, a remaining mystery is how this takes place. While astronomers have used computer simulations to better understand the mechanics, what goes on inside a star when it explodes is still a mystery. 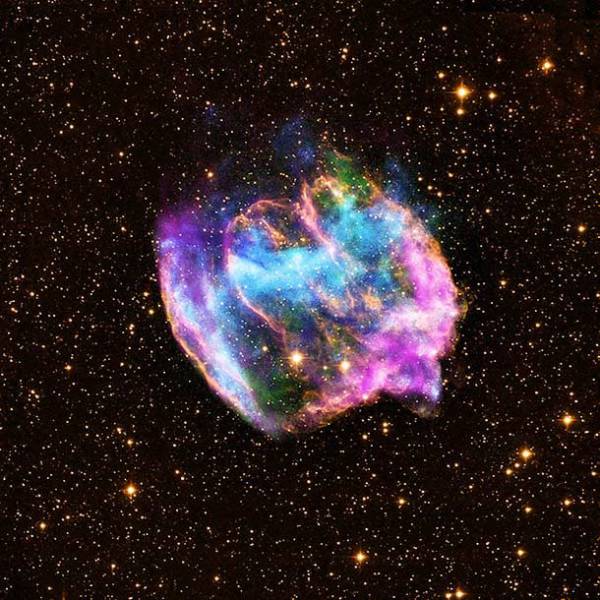 There’s plenty we do know about Black Holes, like that they have taken in so much mass, not even light can escape it, and they are likely the product of a collapsed star. Many questions still perplex scientists, however. Like, how does a black hole suck up the gas and dust orbiting it when it should just keep orbiting it forever? Also, while we know small black holes form from collapsed stars, scientists are still unsure how supermassive black holes form. 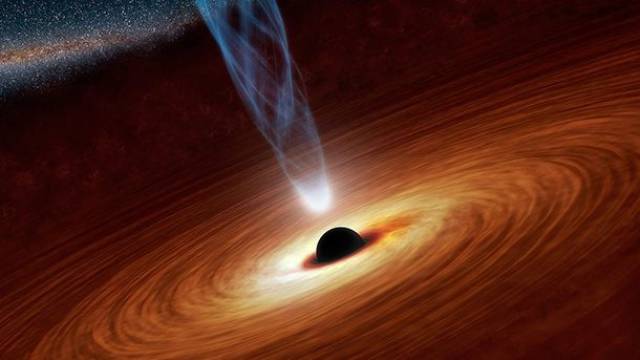 Tank on the Moon

UFO Hunters have claimed to find a tank shaped object on the surface of the moon from an aerial black and white photo. It could be a tank, but it’s likely just an oddly shaped boulder. 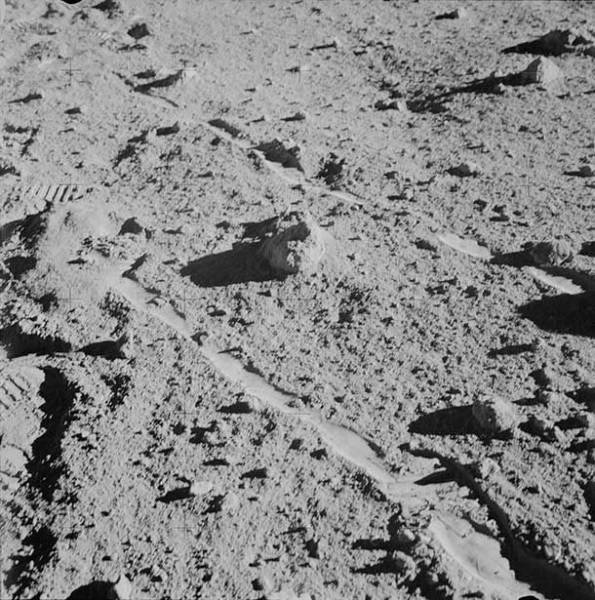 Hot Jupiters are gas giants like Jupiter but much hotter. They orbit extremely close to their stars. Since we don’t have anything like them in our solar system, scientists thought they were an oddity. But, we might actually be the oddball as they are much more common than originally thought. Many mysteries surround these gas giants such as how they formed and why they orbit so closely to their stars. 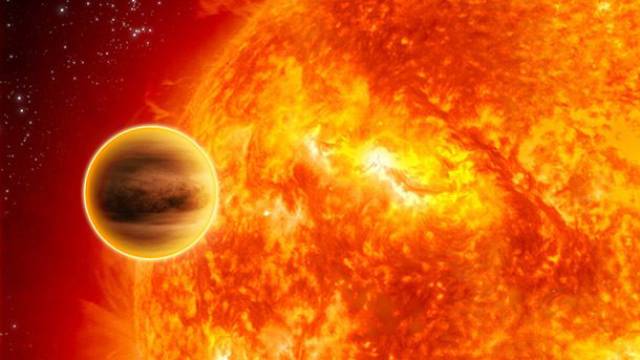 Scientists discovered a spot in the universe they call “The Giant Void.” Turns out, it definitely lives up to its name. Stretching 1.8 billion light years across, it is an entirely empty section of space without any galaxies. It’s about 3 billion light-years away from Earth. Scientists aren’t sure what it really is or how it became barren. 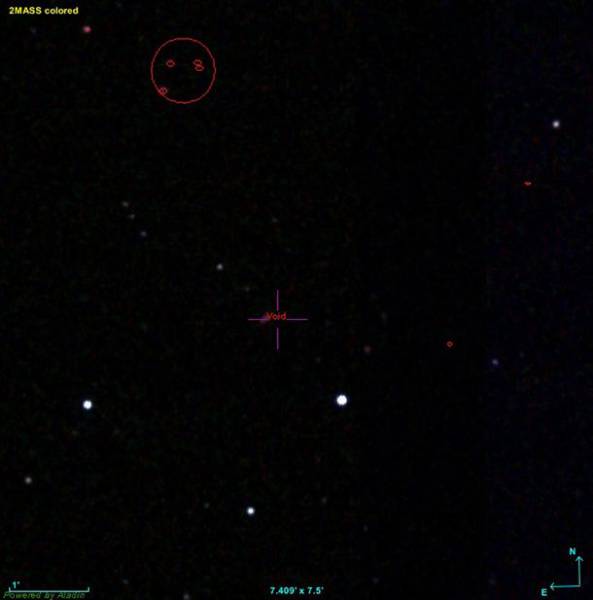 Dark Matter remains one of the biggest mysteries in outer space. First conceptualized in 1977, it’s thought to make up 27 percent of the universe and is essentially behind all of the unseen substance in space. But there’s plenty we still don’t know about it. 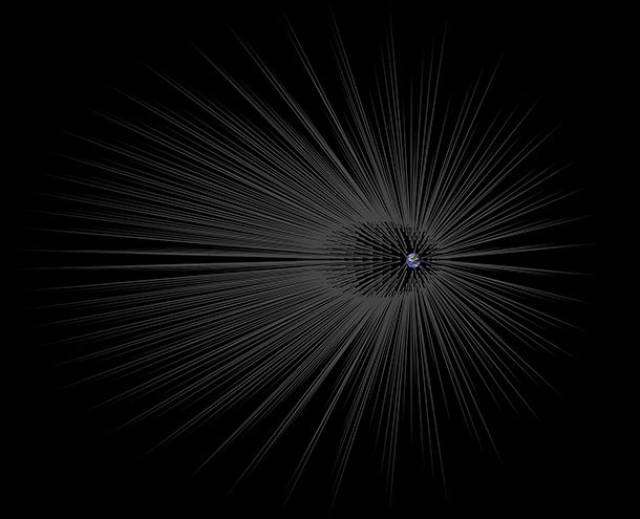 Mars is a host to all kinds of mysteries. Many scientists believe Mars had a much thicker CO2 atmosphere. But, if it did, the question remains: Where did it go? Some think the lack of a magnetic field led to solar winds carrying the atmosphere mostly off into space. With the atmosphere it does have, much of it is made of methane, but scientists don’t know where the methane comes from. There’s also the question of water and life on Mars. Mysteries scientists are actively trying to get to the bottom of. 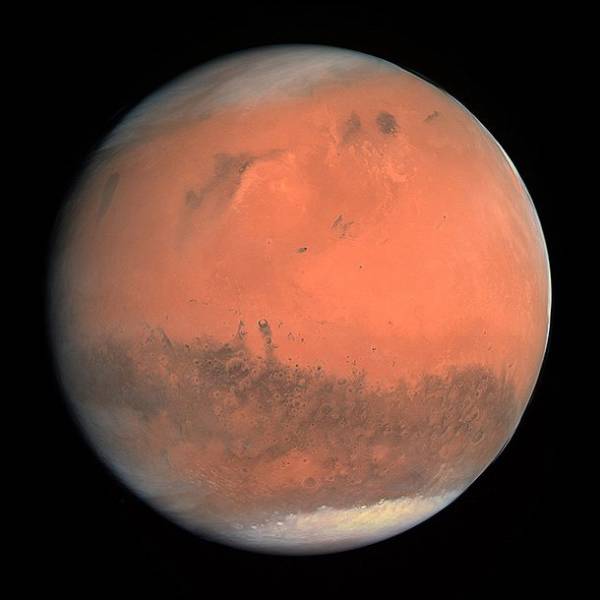 Believe it or not, there’s a lot of Jupiter’s Great Red Spot we can’t explain. While we know it’s been there for 150 years and rages at 400 mph (643 kph), scientists aren’t sure what makes it swirl at all or why it has its reddish hue. 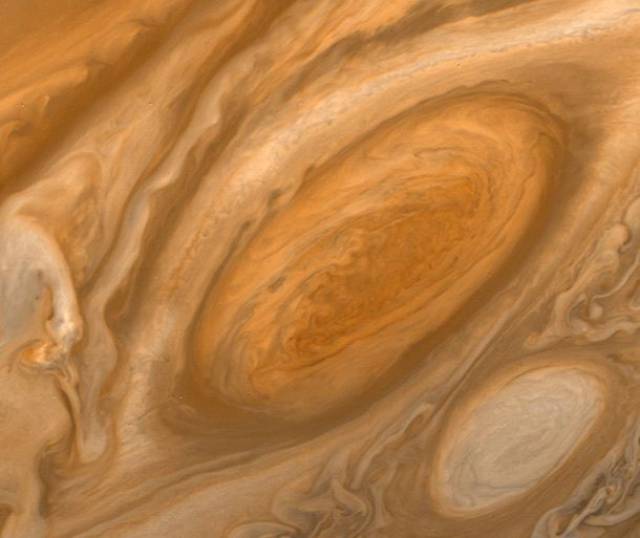 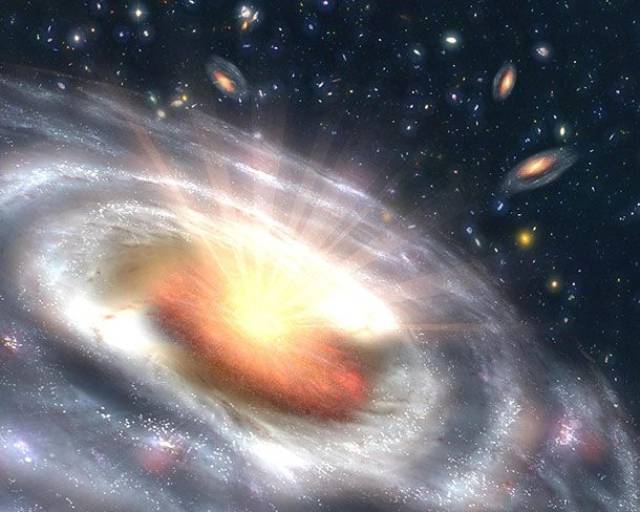 Cataclysmic Variables are rather unique and odd events in outer space. They are white dwarf stars in very close proximity to red giants. In fact, they’re so close that the red giants strip the white dwarf of all its gas. 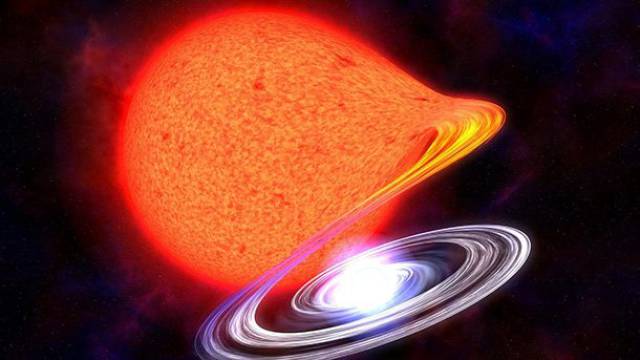 Originally discovered in the 1970’s, The Great Attractor remains a mystery because it is exactly in a spot called “The Zone of Avoidance.” The Zone of Avoidance is the middle of our galaxy where there is so much dust and gas that we can’t really see beyond it. The only way we can see it is through x-ray and infrared light. The Great Attractor is essentially a Supercluster of galaxies pulling us towards it. Fortunately, scientists don’t believe we’ll ever reach it. 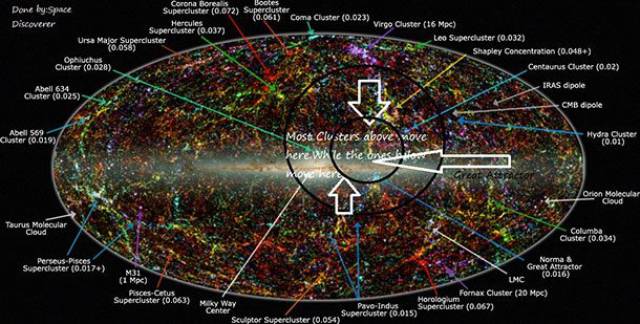 Major Gordon Cooper was a Mercury astronaut who launched on a mission to orbit the Earth. While he was up in space, he claimed to have seen a glowing green object approaching his capsule. He told the tracking station at Muchea in Australia about it, and they picked it up on their radar. No one can explain the sighting. 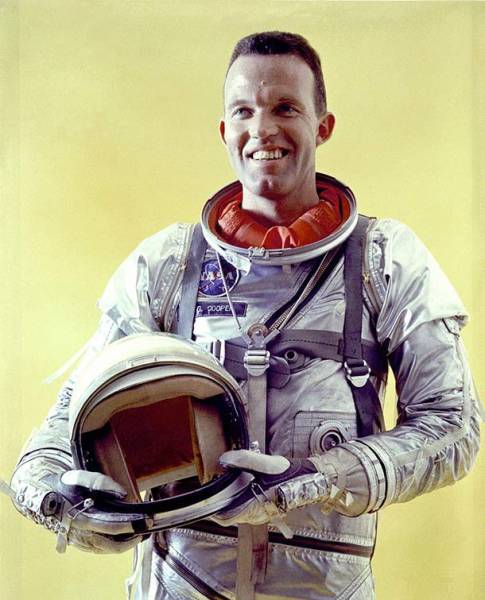 We learned a lot about Saturn’s Rings thanks to Cassini. But, there’s still a lot we can’t explain. While we know its rings are made of water and ice, we’re not sure how they formed or how old they are. 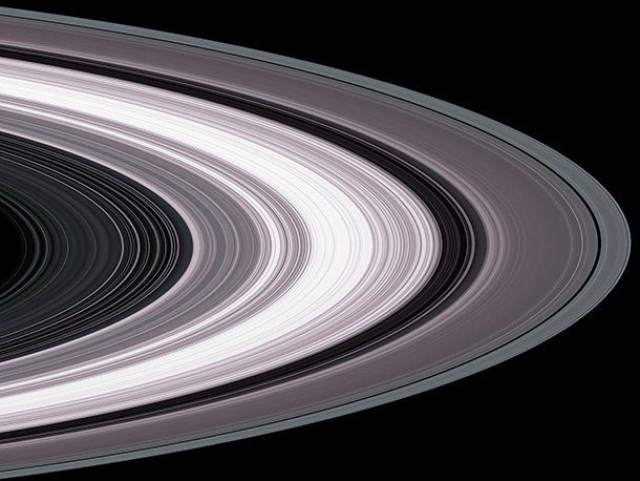 In the 1960’s during the Cold War, US satellites discovered bursts of radiation coming from space. The bursts were intense, brief, and coming from an unknown source. Now we know they are Gamma Ray Bursts. They come in short and long forms and occur sometimes due to the creation of a black hole. However, enduring mysteries still present themselves. Why do the bursts prefer irregular galaxies above spiral or elliptical galaxies and why are there fewer rather than more Gamma Ray Bursts? 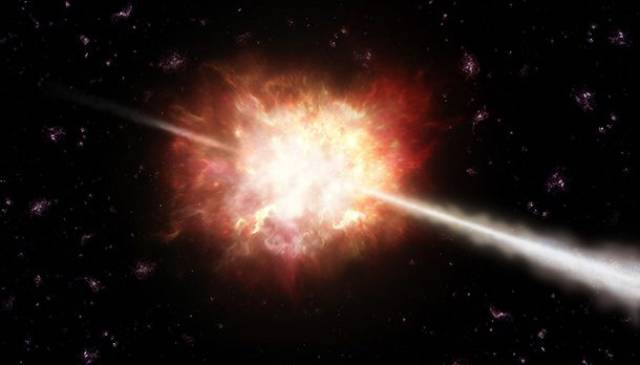 Named “Peggy,” the mysterious moon in one of Saturn’s rings continues to baffle scientists. It was recently noticed in 2013 and is believed to be a moon forming in the rings, but no one is 100% sure. When Cassini plummeted into the planet, researchers took more data of the moon to uncover its secrets.

Dark Energy is hypothetical material scientists claim is part of the ever-expanding universe but really no one understands what it is. Recently some astronomers have come out saying Dark Energy doesn’t exist at all and that the Universe is not accelerating like we once thought. 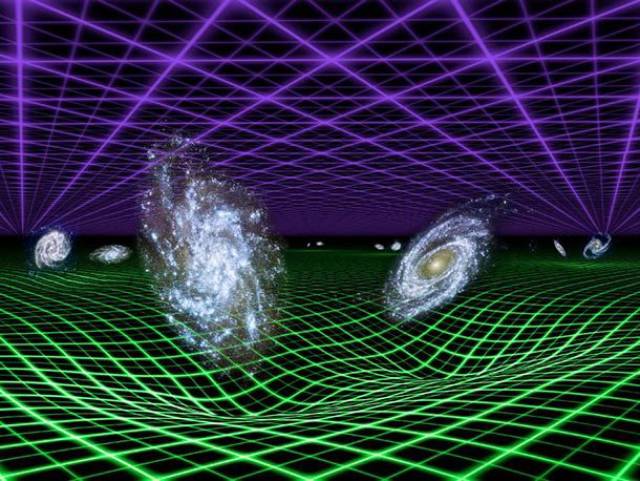 Astronomers have a hard enough time finding dark matter and dark energy in the universe, but they also can’t figure out Baryonic Matter either. Baryonic Matter is the atoms and ions making up the planets, stars, dust, and gas in the universe. Much of it is unaccounted for as if it mysteriously vanished, and they aren’t sure why. 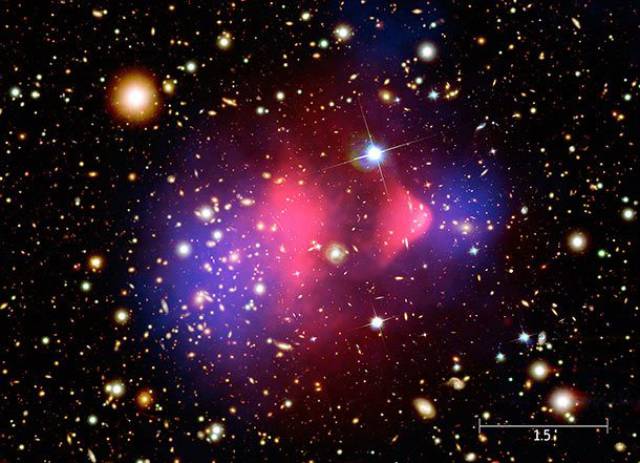 In 2012, astronomers discovered a rather unusual galaxy called LEDA 074886. What is so weird about it? Well, it’s in a rectangular shape, a shape galaxies haven’t been found to take before. Scientists thought it might be explained by gravitational lensing, but this was thought implausible. 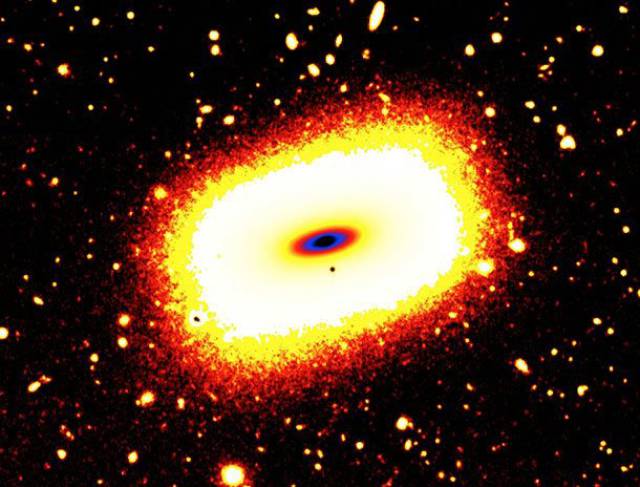 The Re-Ionization of the Universe

While the general theory regarding the creation of the universe is the Big Bang, after that there was a time called The Age of Re-Ionization which gets a little hazier. This period is believed to have lasted 1 billion years until galaxies and stars appeared to reionize the hydrogen in the universe. The problem, however, is that all of these known galaxies and stars today wouldn’t have had enough energy to do it. 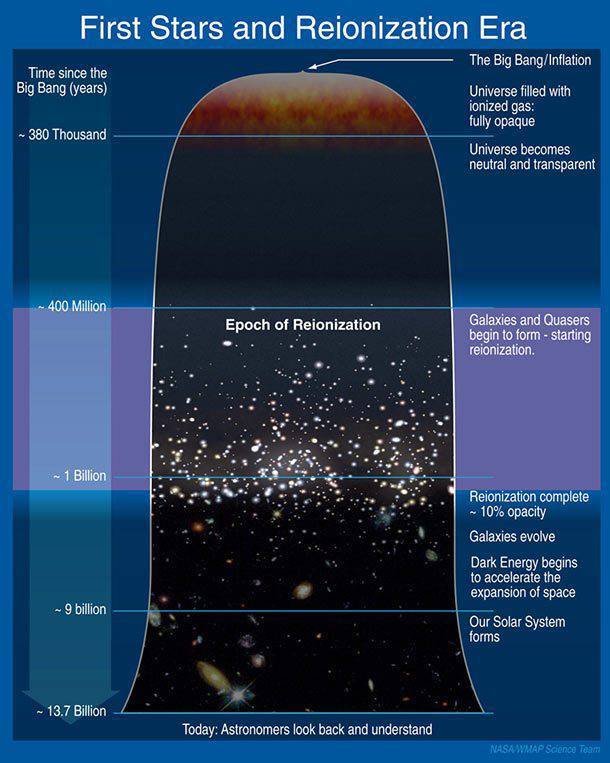 In 2015, astronomers saw something odd at the star KIC 8462852. It had an unusual fluctuating brightness and many theorized it could be because of an alien megastructure. But, upon closer inspection, scientists concluded it was possible a cloud of dust orbiting the star blocks the light every 700 days or so. More research into it is needed. 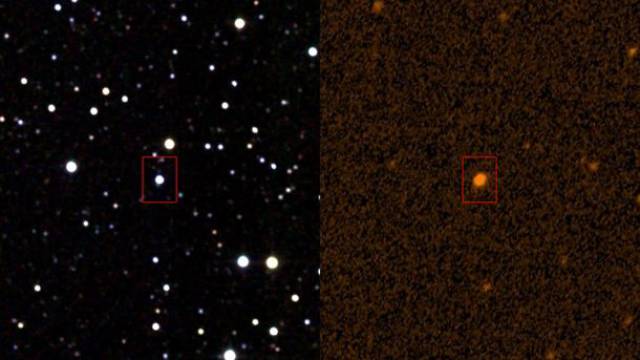 Galaxy clusters near the constellations Centaurus and Hydra are streaming a million miles per hour in a specific direction. It’s dubbed the dark flow. But the dark flow is controversial because it technically shouldn’t exist and scientists can’t explain why its there in the first place. Its existence also points to something outside our universe pulling on these galaxy clusters. 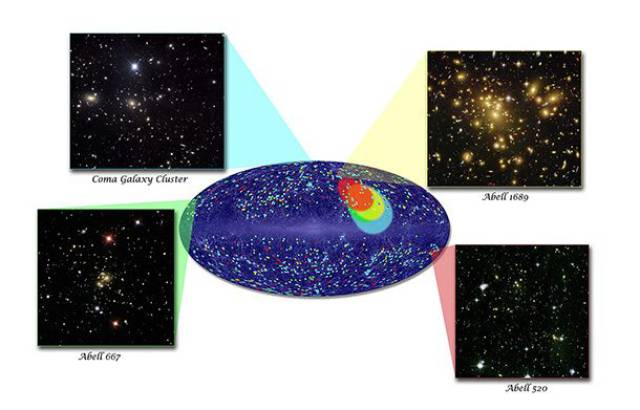 In 1977, astronomer Jerry Ehman detected a radio signal from space. He captured 72-second burst of radio waves. Circling them, he wrote “Wow!” next to it and that’s how it got its name. For decades no one knew where it came from but many believed it was aliens. However, a recent theory suggested it was a pair of comets releasing a radio frequency. 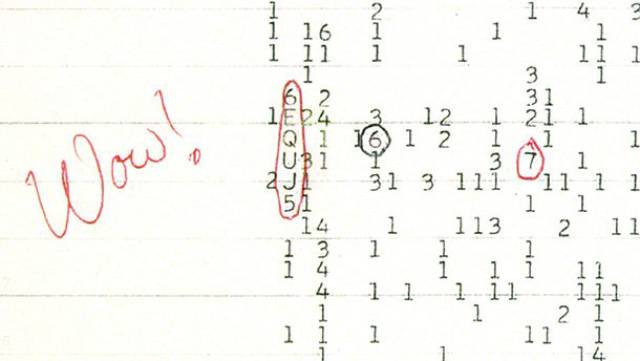 1991 VG is a mysterious object discovered by astronomer James Scotti. Only 10 meters (32.8 feet) in diameter, it has a similar orbit as Earth’s and many thought maybe it was an asteroid, an alien spacecraft, or an old Russian probe. 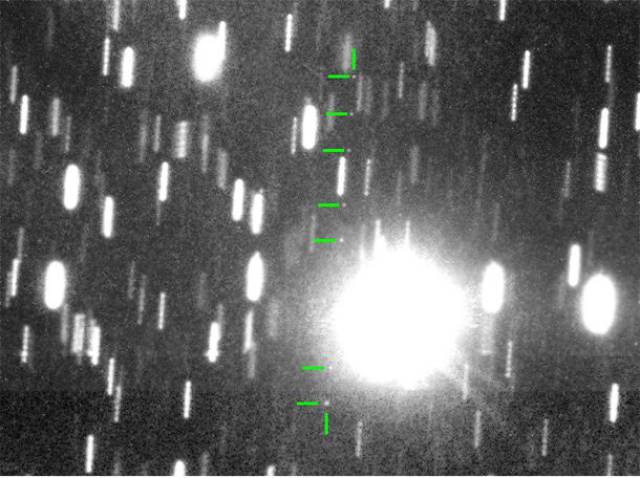 ASASSN-15lh is the largest star explosion ever discovered by astronomers. They believe it is 20 times more bright than our entire Milky Way. They aren’t sure which galaxy it came from but believe its 3.8 billion light-years away. They still aren’t sure what or how something could produce that much energy. 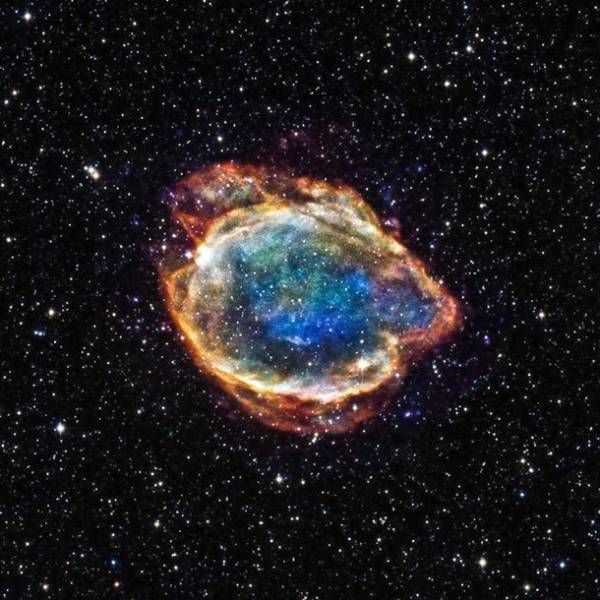 When stars explode, they usually die and stay dead. But recently, scientists have discovered a supernova which exploded, died, but then exploded again. These Zombie Stars, scientists believe, may only partially explode, keeping their cores intact before exploding several times after until finally dying. 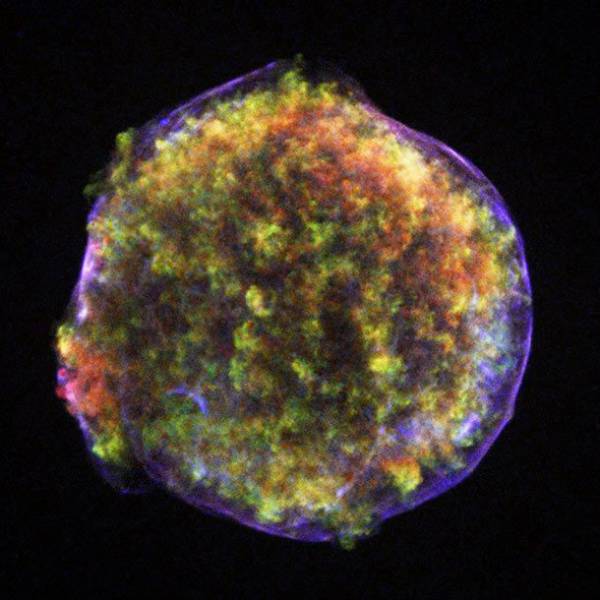