Couples That Inspired Each Other To Be Better (18 pics)

This pair of friends wanted to change how they look. Forever. 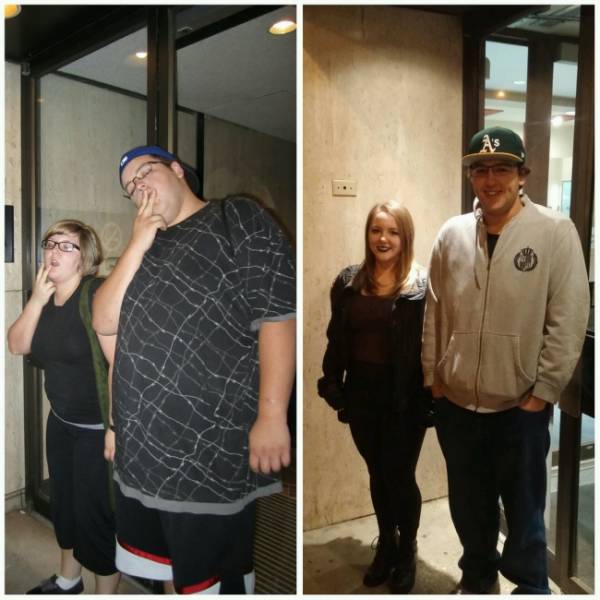 They admitted that they were tired of being called fat and ugly. They had been binge eating, even at 2 AM, without realizing the harmful effects it was having on their health. It occured to them that the ideal way to grow old, was to be more fit.

He lost 110 lbs. and they motivated each other in the process. The results speak for themselves.

He is so proud of his girlfriend’s results. 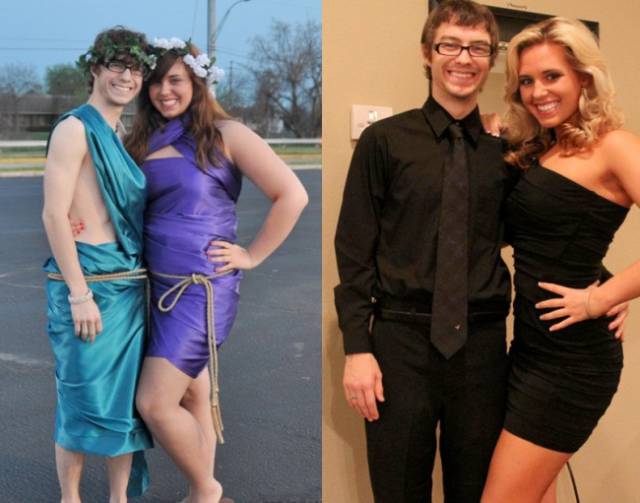 He never said he didn’t love her the way she looked, but it came as a total surprise for him when his girlfriend shed the extra weight, just to put a smile on his face.

Life changed for Lexi and Reed after shedding a total of more than 280 pounds. 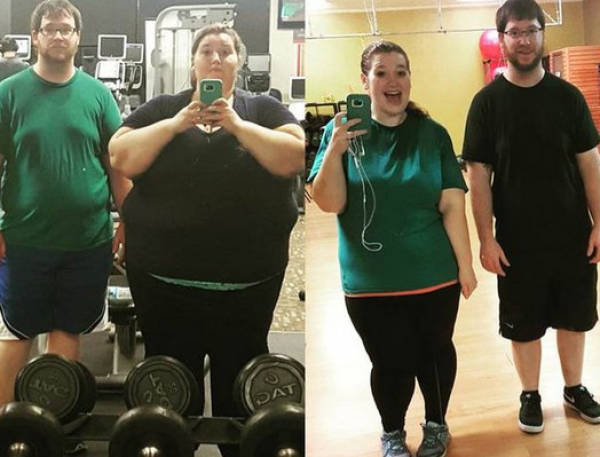 It was the first day of 2016 when Lexi and Danny Reed made a resolution to change their lifestyle and become more fit.

Lexi weighed 485 pounds and Reed weighed 281 pounds. It was a challenge for Lexi in particular, but with her willpower, she was able to lose 20 pounds per month. They believe that planning their goals together helped them to remain motivated.

These two hit the jackpot in weight loss, they lost 100 pounds each. 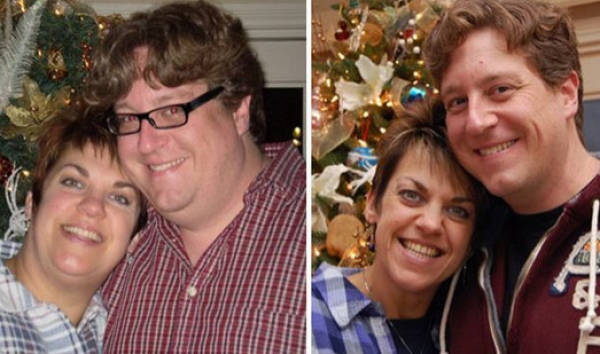 Josh and Terri are a couple who used a weight loss kit to get started. They started with a 15 minute walk daily and worked themselves up to a 3 mile jog.

Life changed drastically for them and they are a much happier couple enjoying their changed selves. 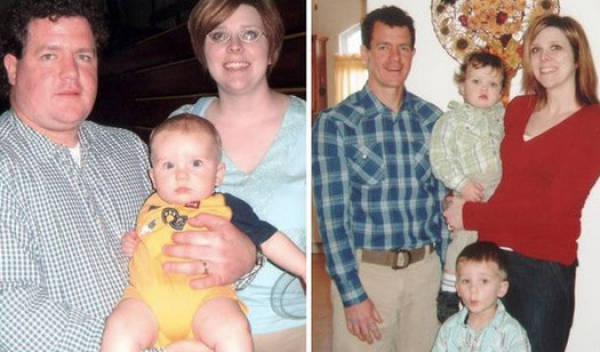 The weight loss journey for Zach and Brecca has brought them closer to each other. Zach lost 107 pounds, while Brecca lost 60 pounds.

Brecca believes that after the weight loss, they both feel more confident and definitely have a spicier life.

This couple lost 120 pounds together. This couple lost 120 pounds together in order to get ready for their wedding day. It’s not over yet, they say. The weight loss journey has just begun for them.

And they pledged to get back into shape! 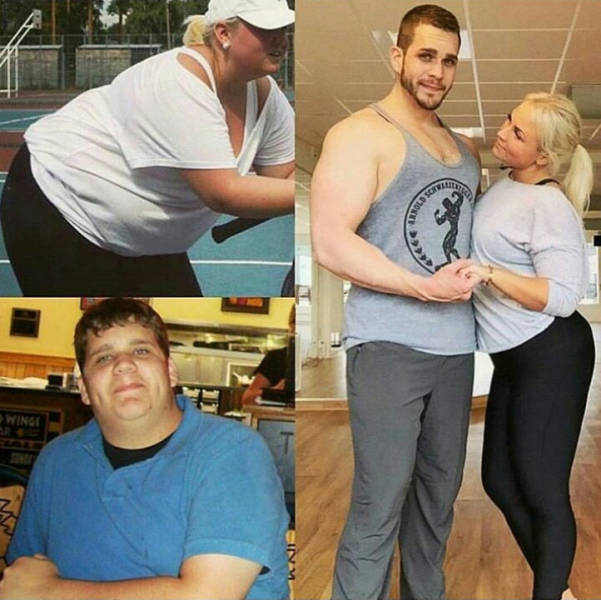 They are unrecognizable. They received so many compliments on their wedding day because of their transformation and they totally deserve it. They let their willpower win and not their taste buds.

And they look stunning! 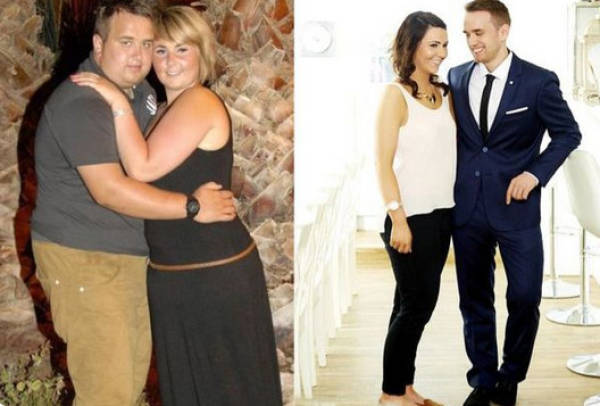 They didn’t want to marry in such poor physical shape. So this couple lost 133 pounds total, calling it a part of their wedding preparation.

They are Matt and Mandy, who controlled their eating habits and followed a strict exercise plan.

They didn’t let it end with marriage, their fitness goals carried on.

This couple looked at past pictures of their wedding day and decided to change themselves forever, physically. On their fourth anniversary they took a pledge to get back into shape. And, after all of their collective efforts the husband lost 129 lbs and the wife lost 109 lbs.

This should be a ’find the difference’ challenge 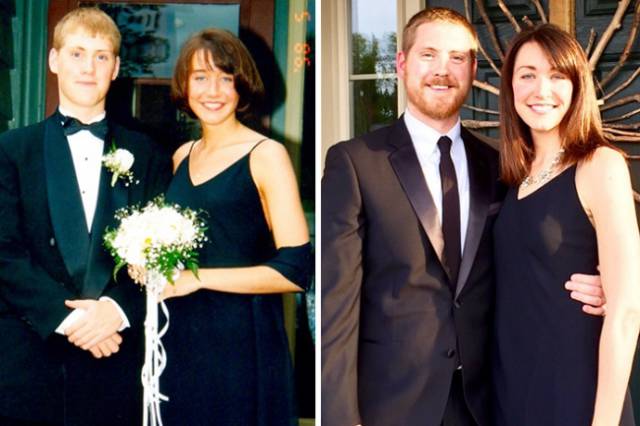 This one doesn’t feature any major changes, actually it’s the opposite, she hasn’t changed a bit. Yes, we know, this story is a little out of place here, but we couldn’t resist adding it — it’s still so inspiring!

He claims his wife might be a vampire (having not aged at all in 20 years), he loves that she can put on that same black dress. The couple looks as much in love on their college graduation day as they do now.

When the going gets tough, the tough get going. 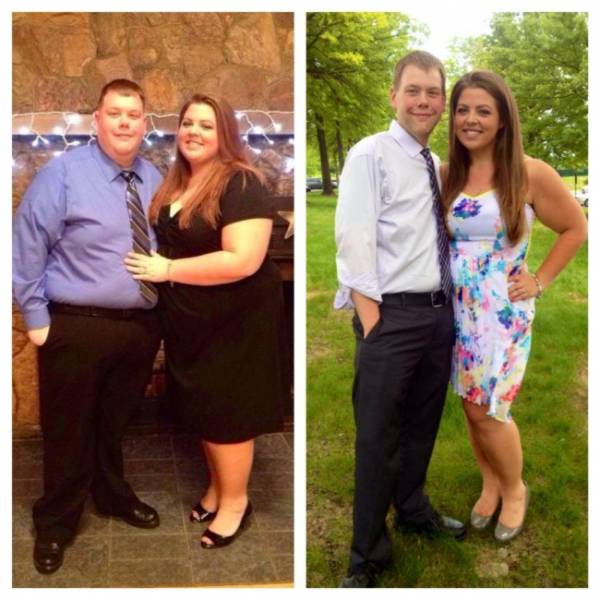 The smile on their faces is intact. But the fat is gone. The couple lost a huge amount of weight because they wanted to lead a long life together. And that could be possible only if they paid attention to their bodies.

And when your body language speaks for itself! 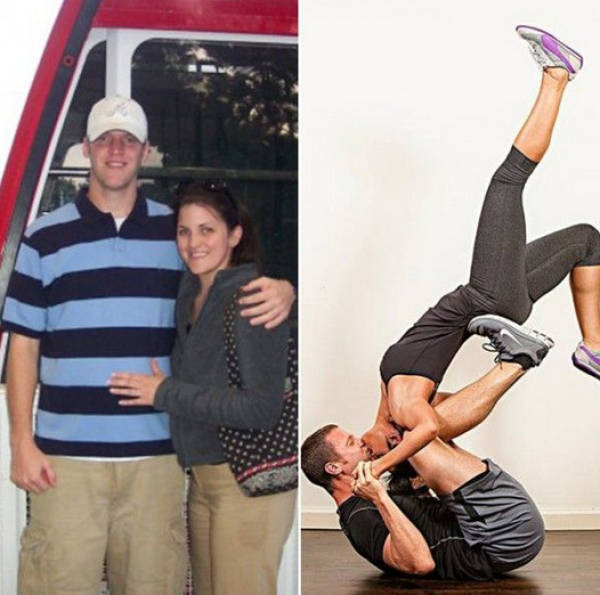 And, just look at the way they have transformed themselves. No one could believe it was the same couple years ago. They have become an icon for many, and keep motivating other couples as well.

There is no set age to start losing weight! Who said you can’t lose weight after having kids? Almost every woman puts on weight after childbirth. Some are able to lose it right away, and for some it lasts a lifetime. But for this couple, things went smoothly as they both stood by each other to reach their weight loss goals. They started a weight loss program together and are an inspiration for all those who think there is no time for weight loss after a child is there in your life to be taken care of.

They decided to spend the rest of their lives in good health. 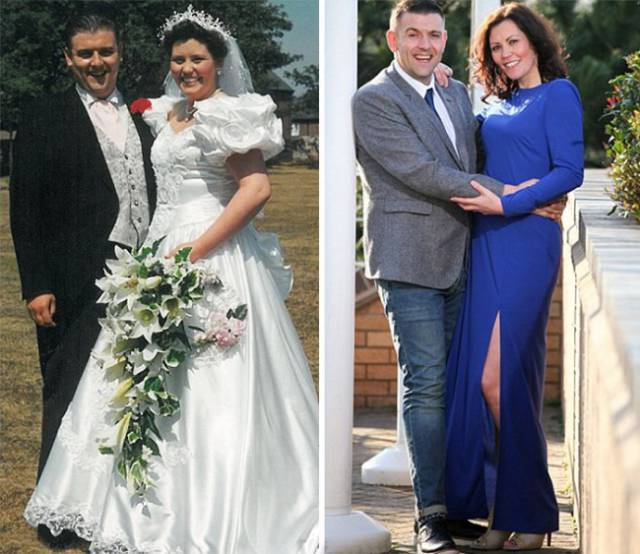 The couple lost weight and have become an inspiration for all. Lisa is also conducting weight loss seminars and helping many others, like herself, lose weight and start a new life.

They look even more amazing after the transformation. 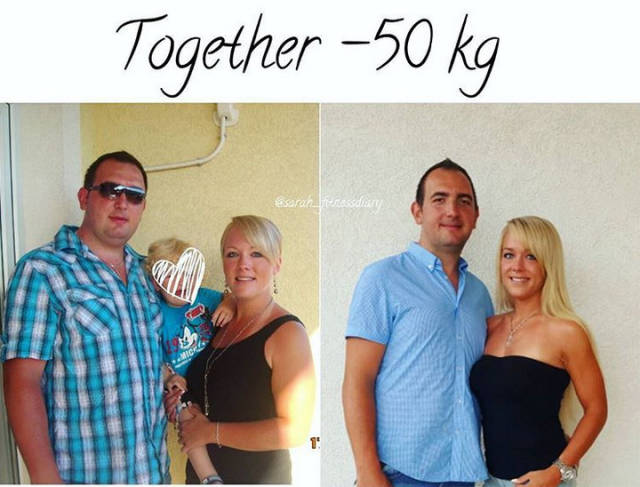 They looked cute before weight loss, now they look even better. Weight loss brought out the best in them.

Some New Year’s resolutions ARE achievable! 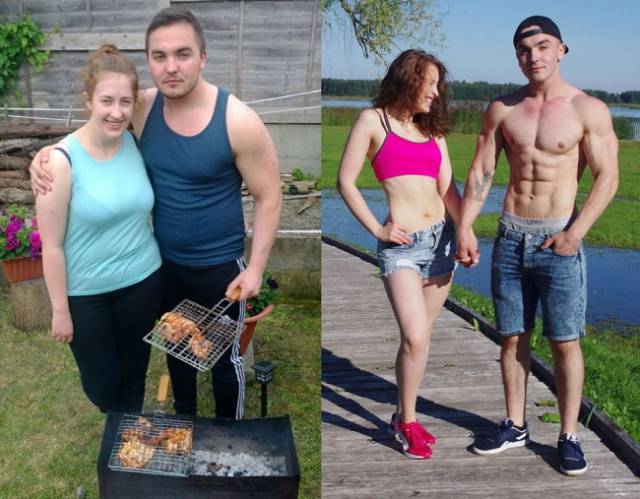 They didn’t have much to lose, as in literally not much. But, they still wanted to fulfill their New Year’s resolution of getting the body of their dreams. Mission accomplished!

Bonus: Nothing matters when your love stays strong! They look as gorgeous and as much in love as they looked on their wedding day.
18 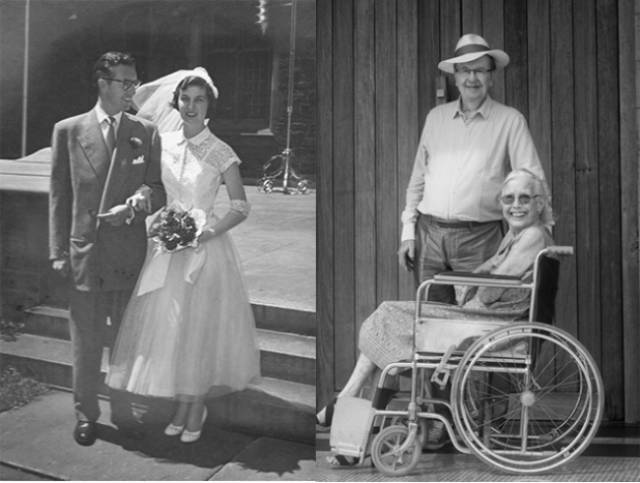 They say looks don’t matter when you’re in love. But why not stay fit to stay together longer? It’s not always about looking good, but also about staying healthy. Know of any other couples like this? We would love to hear about them.