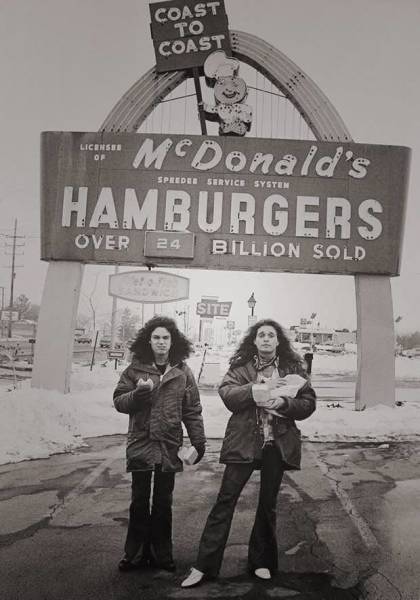 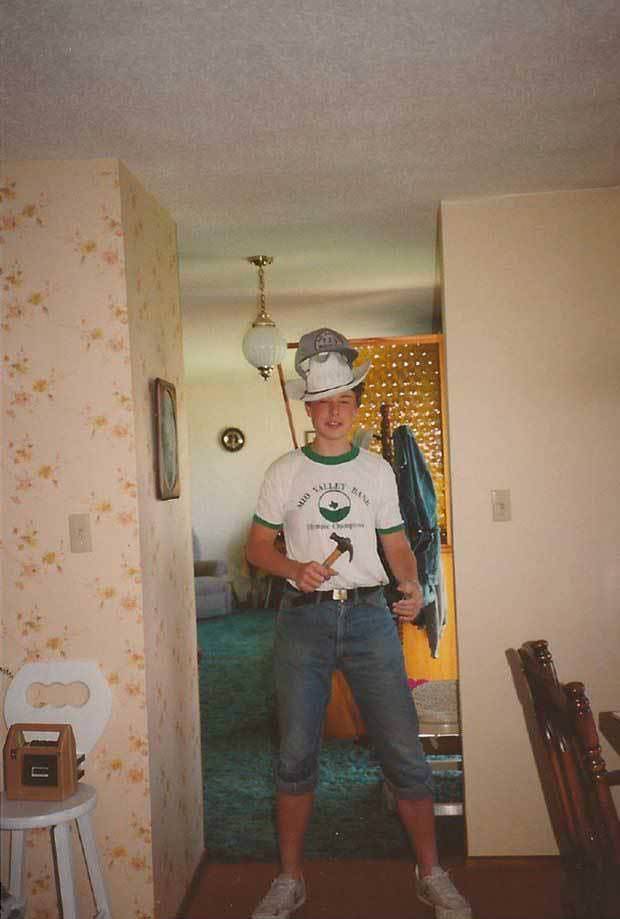 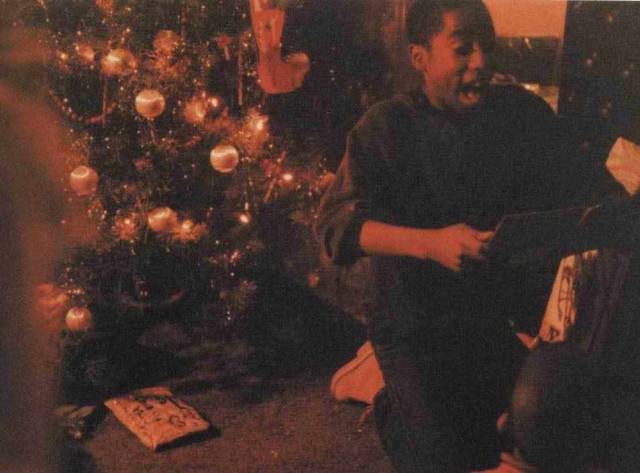 Steven Spielberg on the set of JAWS. So many questions. 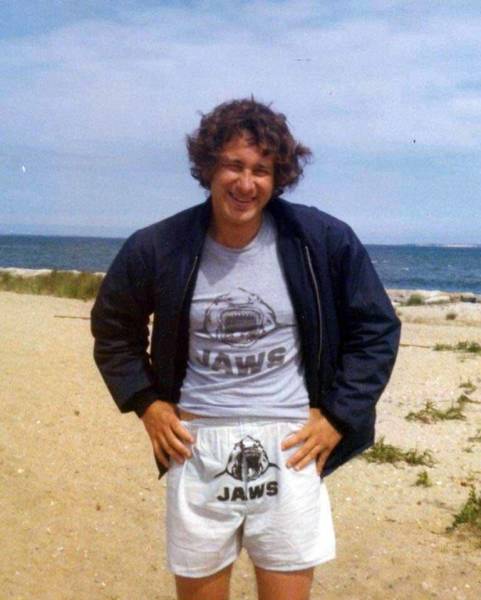 Henry Rollins and Ian MacKaye, back when they worked at Häagen-Dazs. 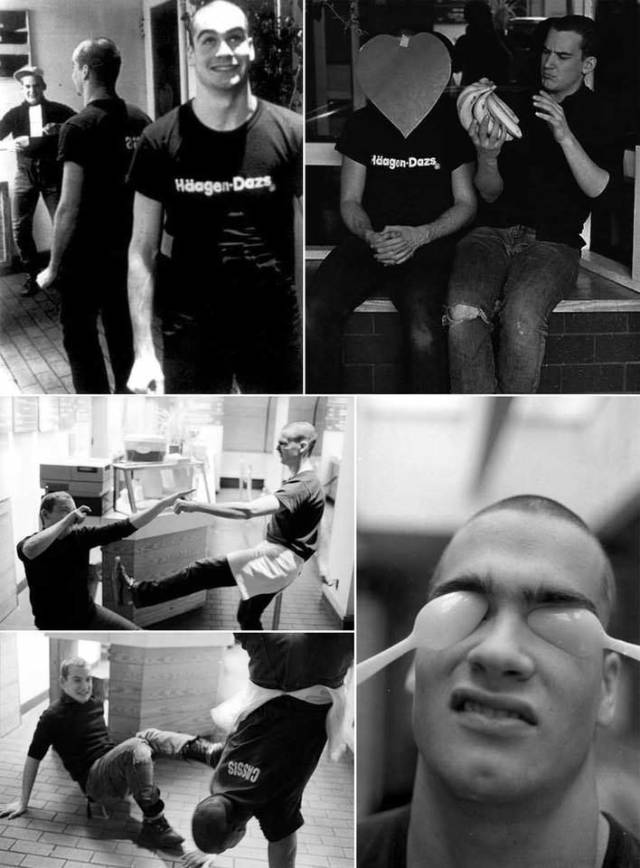 Katharine Hepburn skateboarding. She was quite fond of it, apparently. 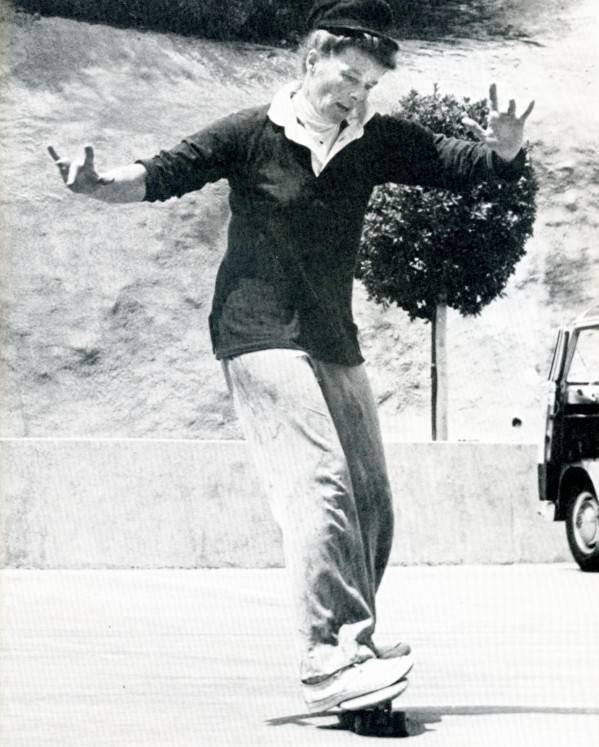 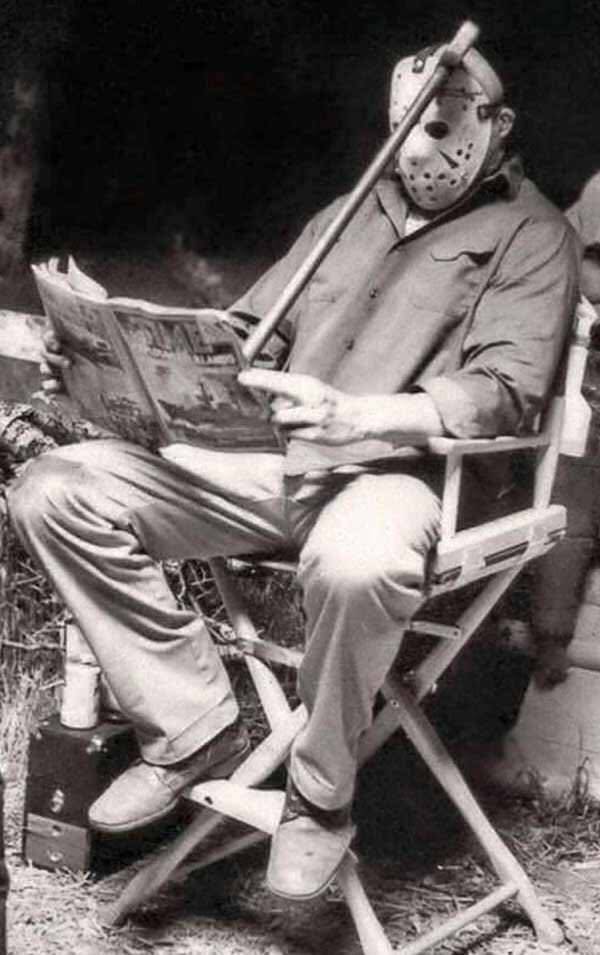 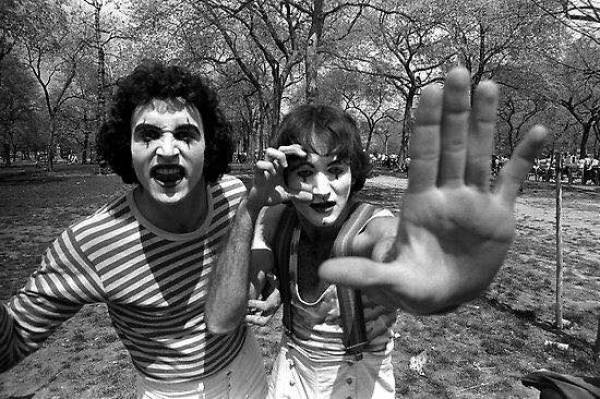 Molly Ringwald and Anthony Michael Hall play with a puppy during a break in filming on the set of The Breakfast Club. 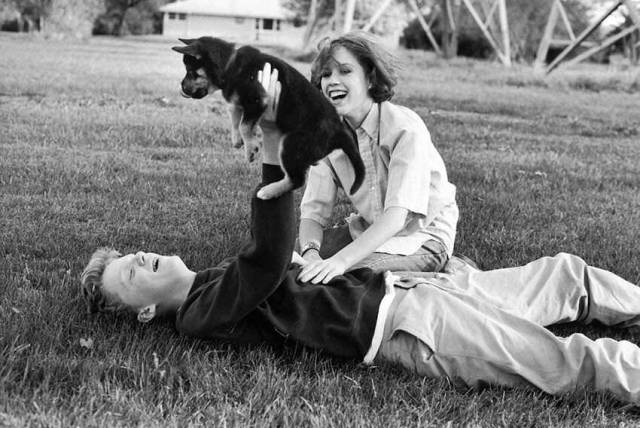 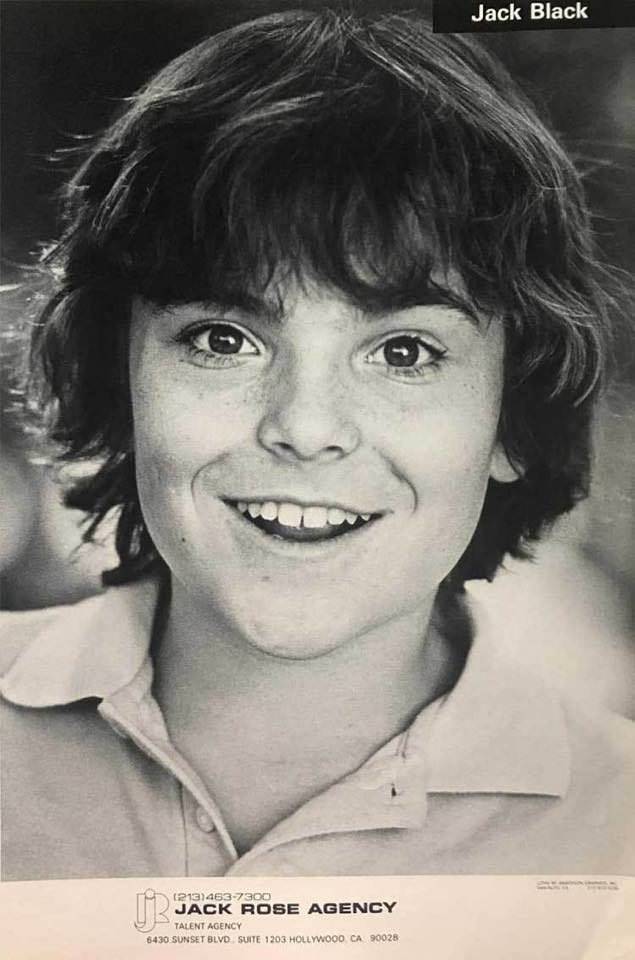 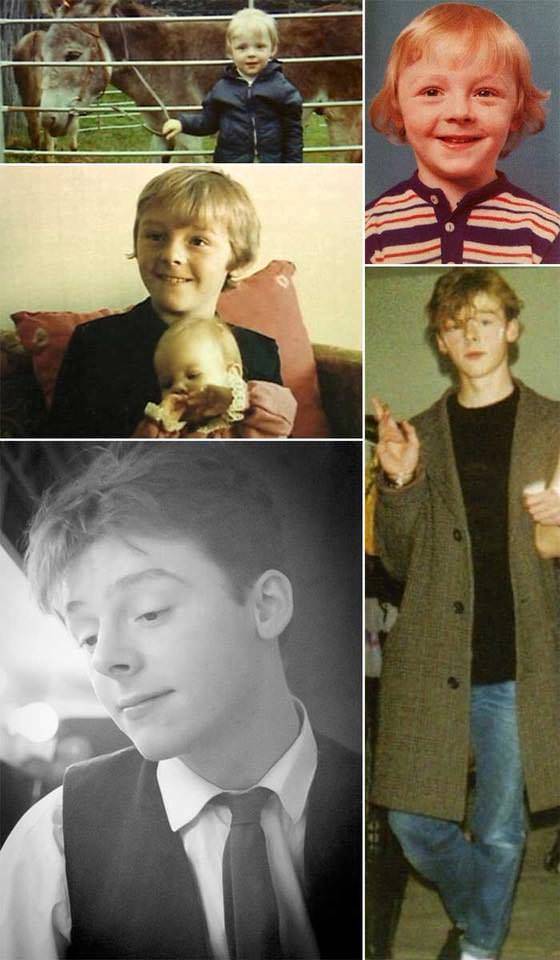 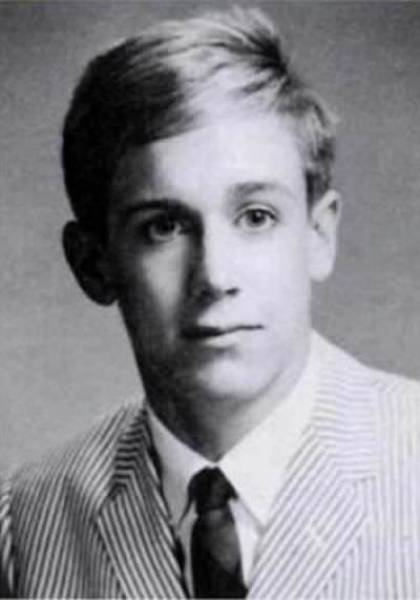 Elvis Presley with his folks. 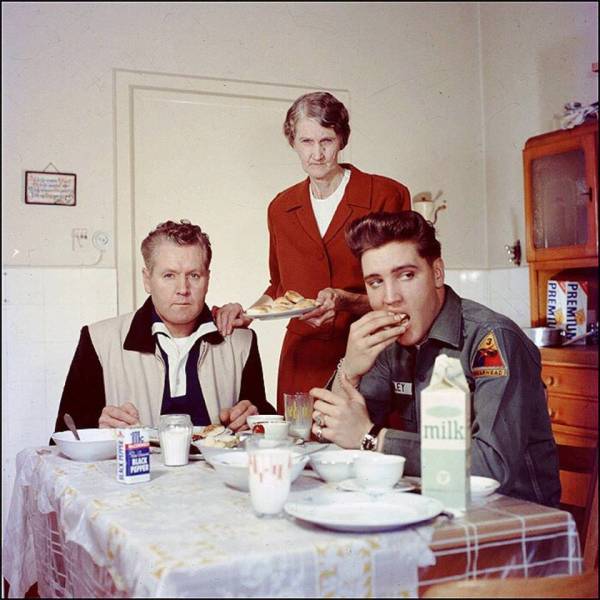 Elvira, Mistress of the Dark, with Erik Estrada on the set of CHiPS. 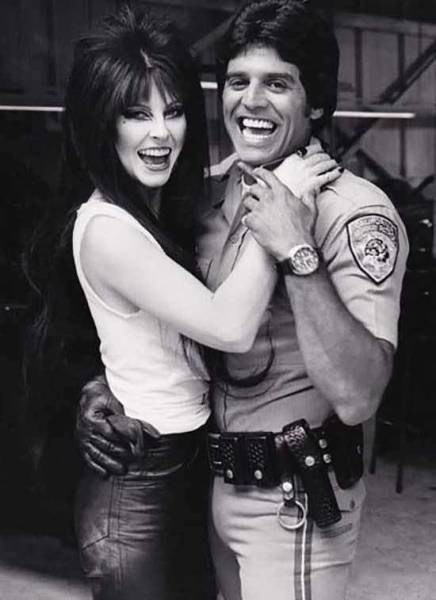 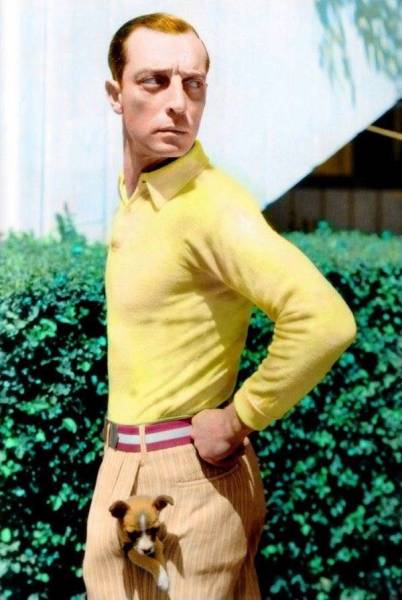 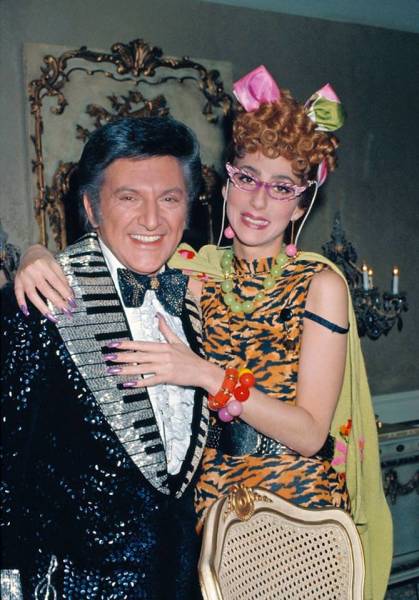 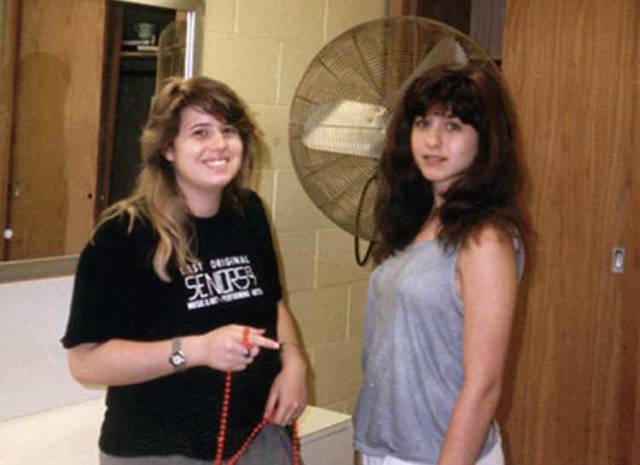 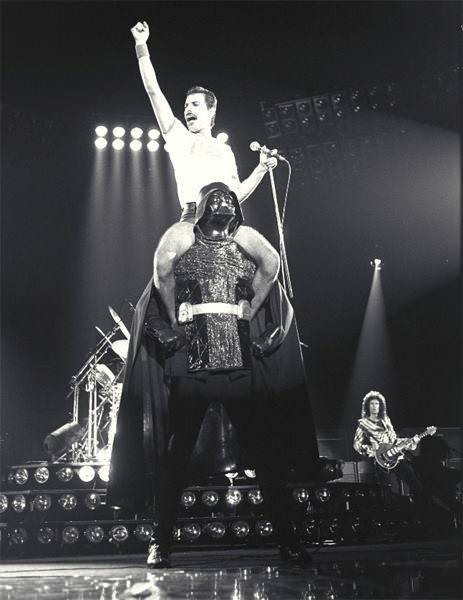 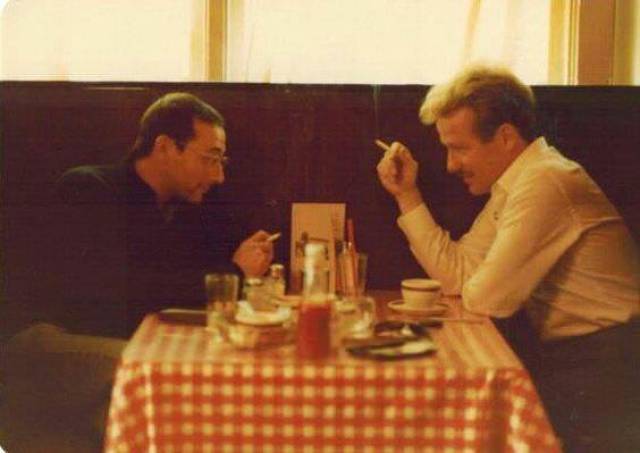 Super 80s-y Ozzy Osborne and Annette Funicello for Skippy peanut butter. Because why not. 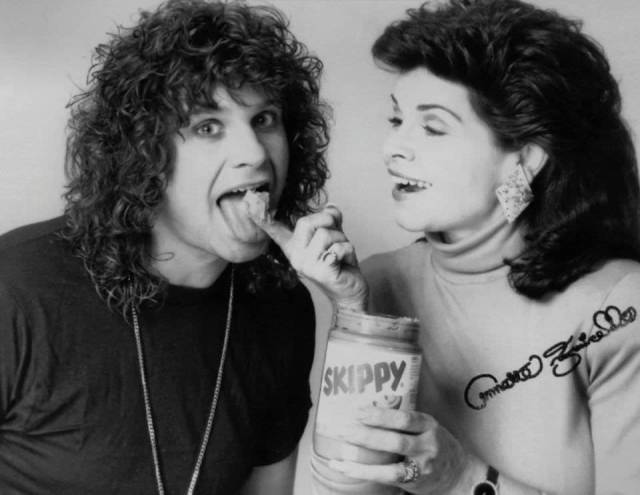 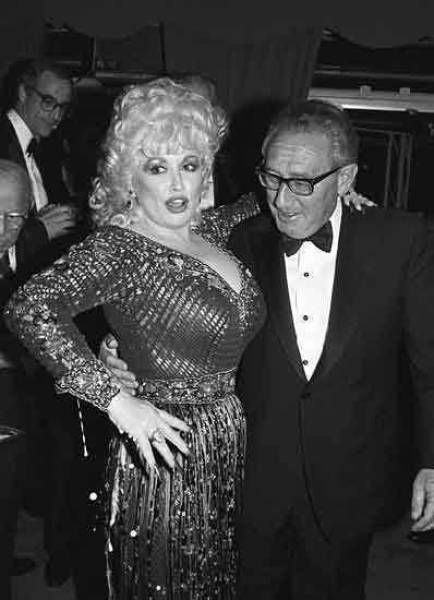 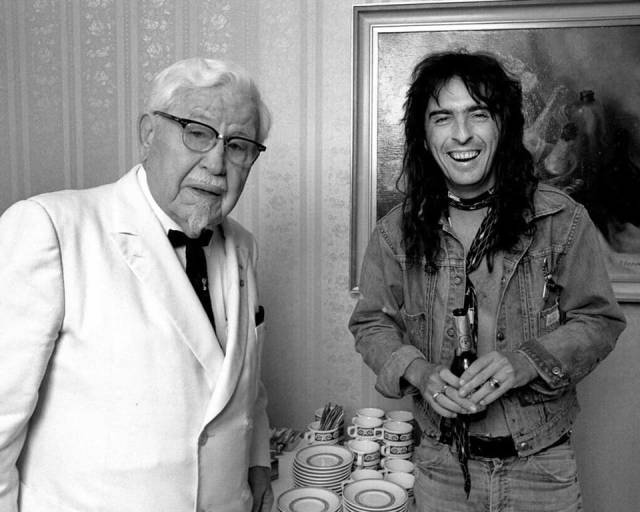 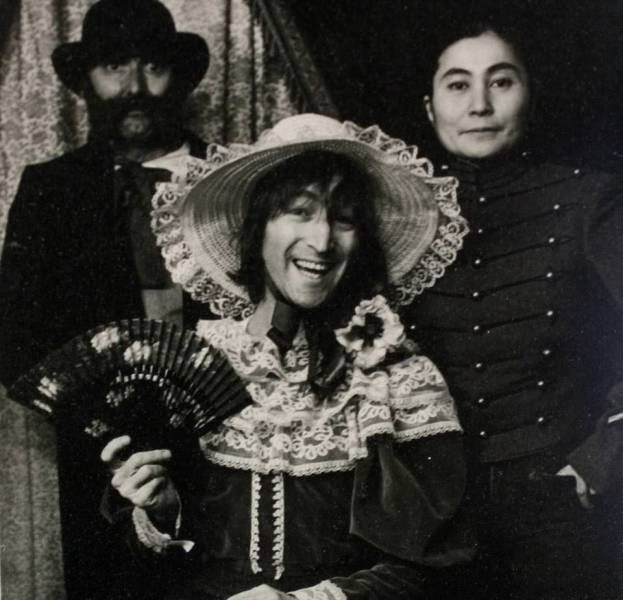 Eartha Kitt and James Dean. I have no idea what is going on here... 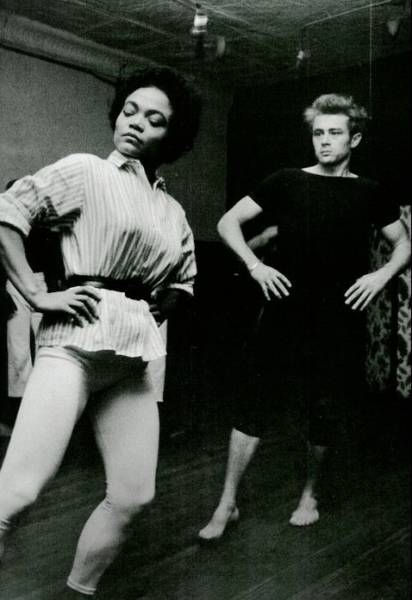 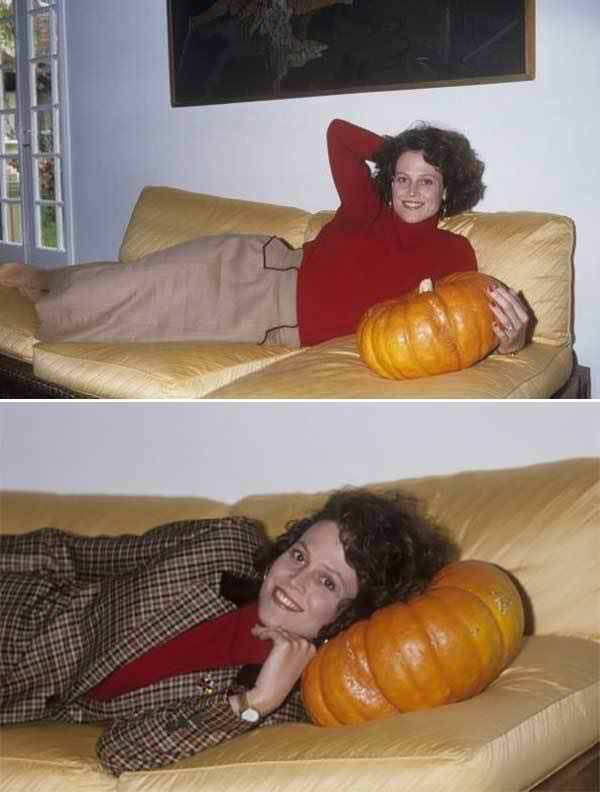 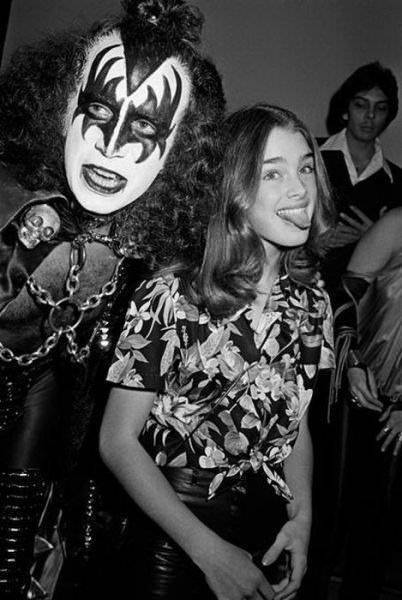 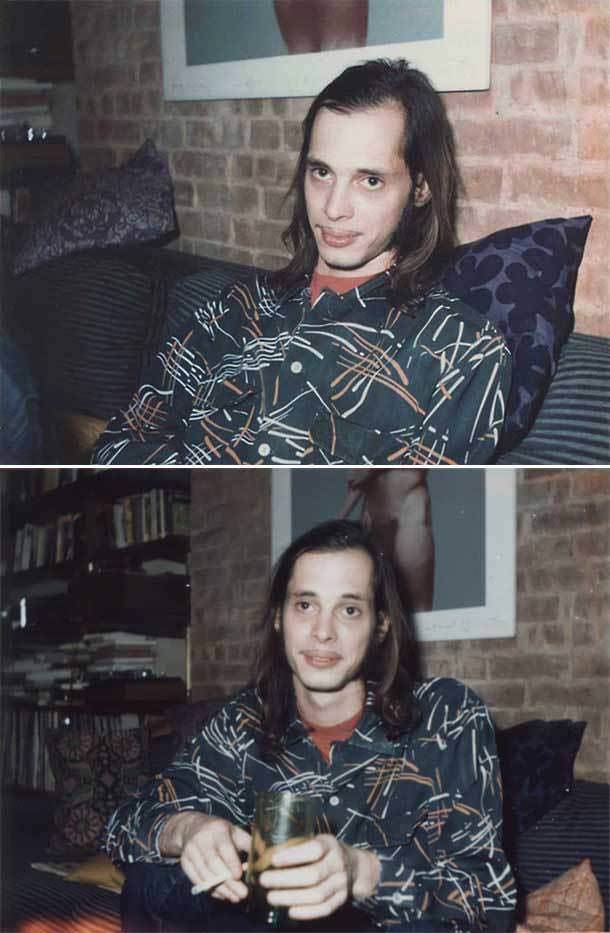