Alpha Males Would Look Much Better As Women…Or Would They? (23 pics)

Using FaceApp’s gender swapping filter, many alpha males were changed to opposite gender, and the results are quite…polarized.

Ryana Gosling will take you to La La Land

This Hollywood hearthrob would make a very beautiful woman, right? She could compete with Rachel McAdams for the role of Allie in The Notebook, but then who would be Noah? We can let our imagination run away with that one! 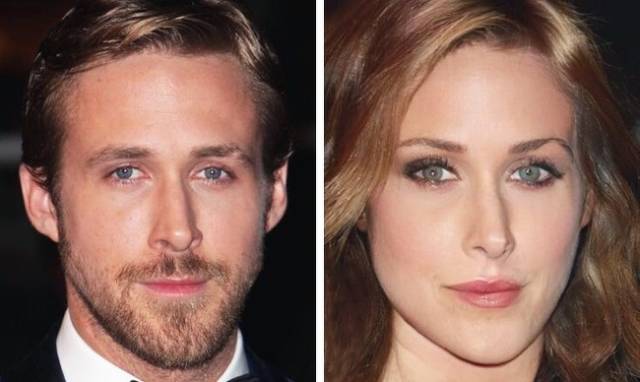 This gal would probably be Angela Merkel or Theresa May’s best friend! We’re wondering if Donna would be as eccentric in her speeches as Donald Trump. And what would the first gentleman look like? 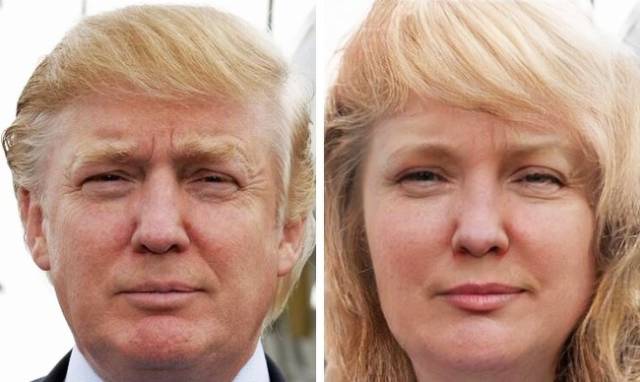 And the Oscar goes to... Leonarda DiCaprio

Would Leo win the Oscar for Best Role in The Revenant if he were a woman? No, we don’t even want to imagine such a stunning beauty having to fight a wild bear, swim through frozen rivers, eat raw meat, and... sleep inside a dead horse. But she would make a perfect Rose from Titanic! 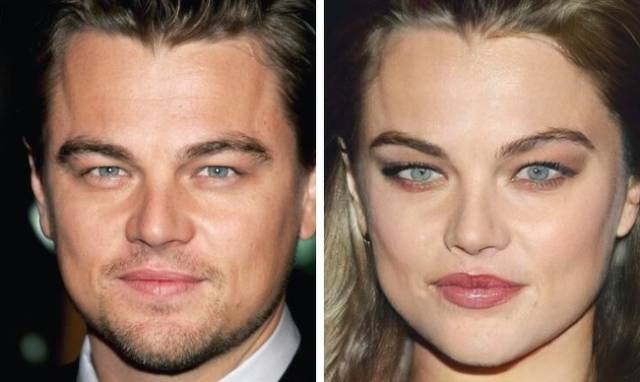 This woman looks so innocent and harmless, but she actually controls a nuclear button, a huge army, and some wild bears... Don’t be mislead by those blue eyes. You’d better work on your negotiation skills! 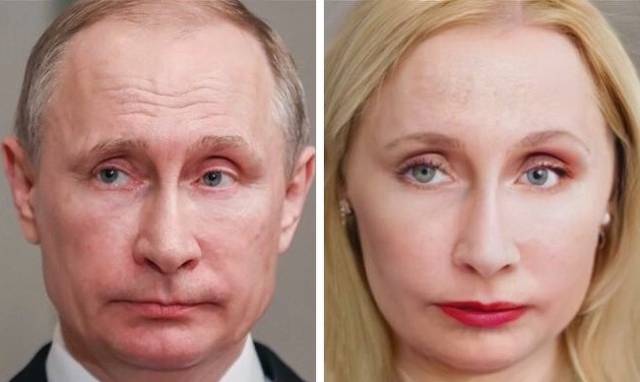 Are you in love with Georgina Clooney yet?

Batman was played by various actors, including George Clooney. His female alter-ego could totally audition for Catwoman! She also looks like someone who’d keep it cool while masterminding the casino robbery in Ocean’s Eleven. 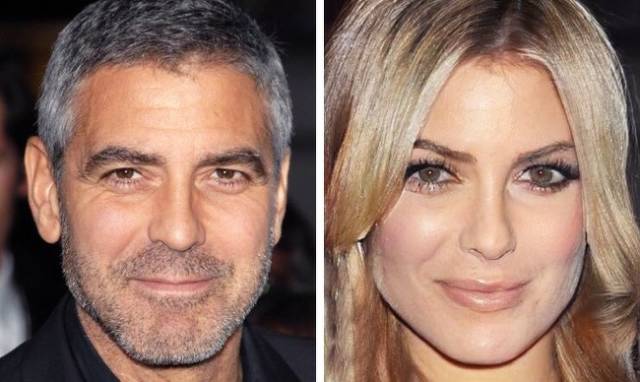 Christian Bale also played the role of Batman. Perhaps his female alter-ego would make a perfect Catwoman too? You decide. But if you ask us, we think she’d be great for a role in the Desperate Housewives. 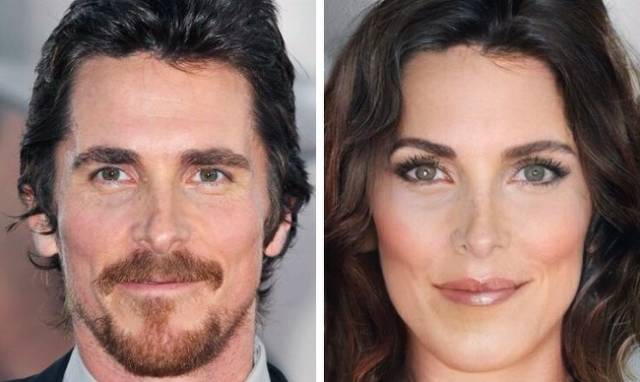 Jessy Statham can knock anyone out!

This English actor is known for his roles in action movies and thrillers. His female alter-ego looks stunningly badass! Just imagine how the famous Transporter would change if the main character was wearing a cocktail dress instead of the famous black suit!? 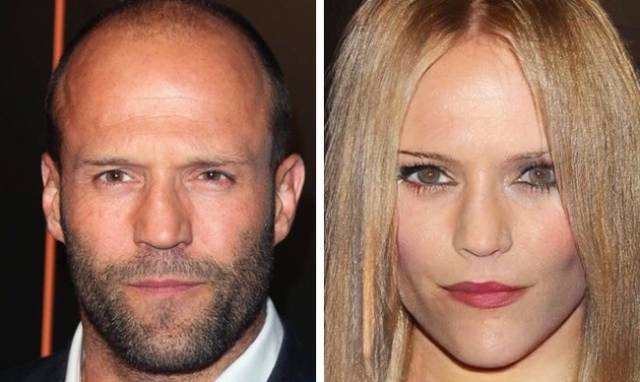 What would a woman with the natural charisma of Bradley Cooper be like? She would definitely make a perfect bridesmaid in everyone’s wedding, be it in Las Vegas, on a beach in Thailand, or somewhere in Virginia! 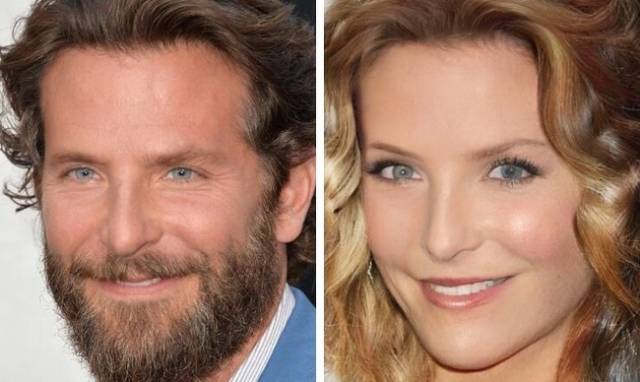 I see fire in the eyes of Adeline Sheeran

Ed Sheeran, would we be in love with “the shape of you” if you were a woman? Would we be “thinking out loud” about you? Would we want to spend a weekend with you in a “castle on the hill”? You’d probably look like a pretty “Galway girl”, right? 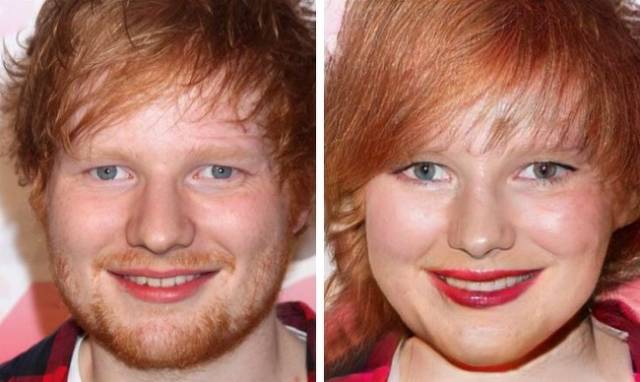 Is Vikki Cassel as beautiful as Monica Bellucci?

French actor, Vincent Cassel, always plays perfect villains: in Ocean’s Twelve, Eastern Promises, Mesrine, and Bourne Identity. There’s something in the eyes that makes him look so dangerous. And his female alter-ego definitely adopts that look! 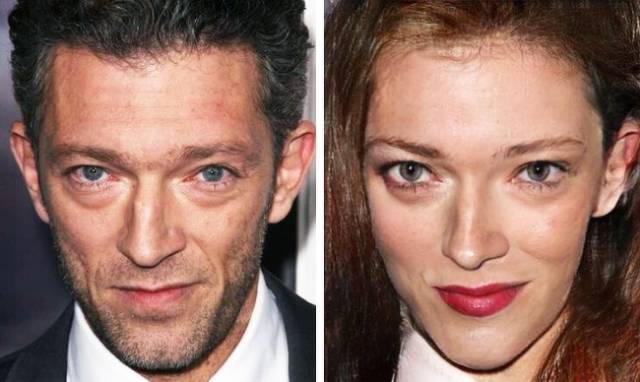 Rebecca Pattinson is waiting for the twilight to come back

What do you think about Robert Pattinson’s female look? Hmm, we don’t think she could compete with Kristen Stewart for Bella Swan’s part. Robert is much better as a man...or a male vampire. 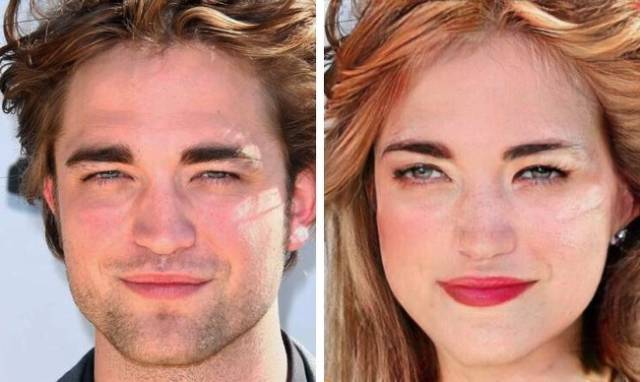 Bruna Willis is ready for Armageddon

Bruce Willis’s female alter-ego looks like a very responsible woman! She’s ready to do anything for America: get lost in Sin City, develop The Sixth Sense, discover The Fifth Element, read through some Pulp Fiction, or even Die Hard. Would she be as Unbreakable as Bruce? 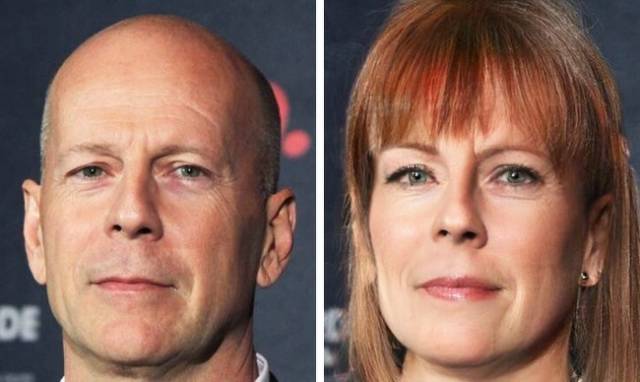 Ashlee Kutcher knows everything about the butterfly effect

Ashton Kutcher is a model turned actor, producer, and investor! His female self looks like someone who could build a splending career at an investment bank, doesn’t she? A strict dress code, analytics, forecasts, and numbers, numbers, numbers! 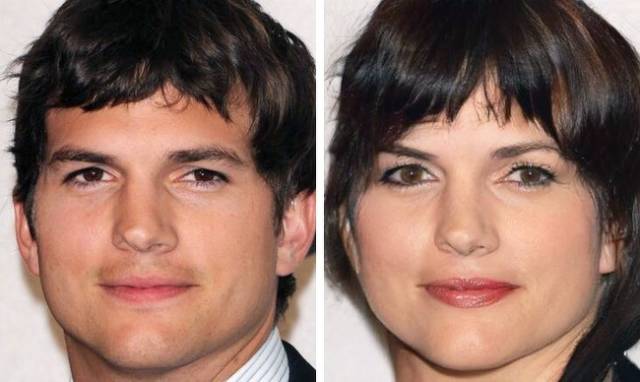 We can totally imagine Diana winning a female bodybuilding competition and then coming back home to bake a homemade apple pie for her kids. She’s such a sweetheart! 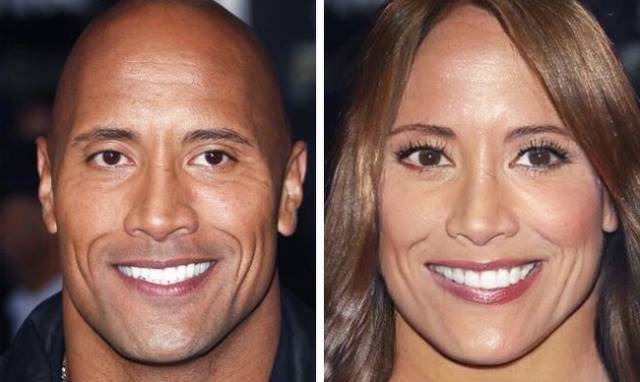 Chris Hemsworth would make a beautiful woman! She’d definitely know how to use Thor’s hammer well... Wait, doesn’t she remind you of someone? Melania Trump, is that you?! 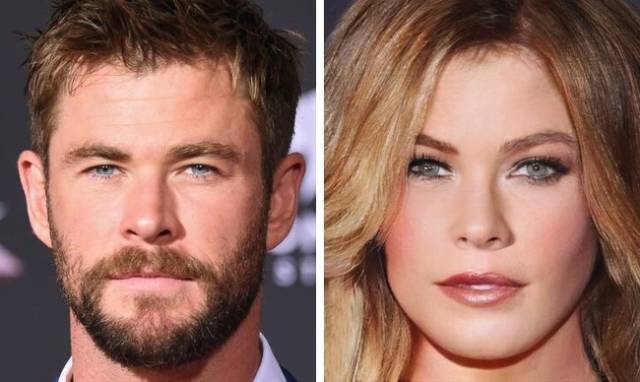 Antonina looks like someone who has a lot of stories to tell about her youth: she loved tequila, rode horses, knew Zorro, acted as a bullfighter, and played the guitar. She’s had plenty of awesome adventures! 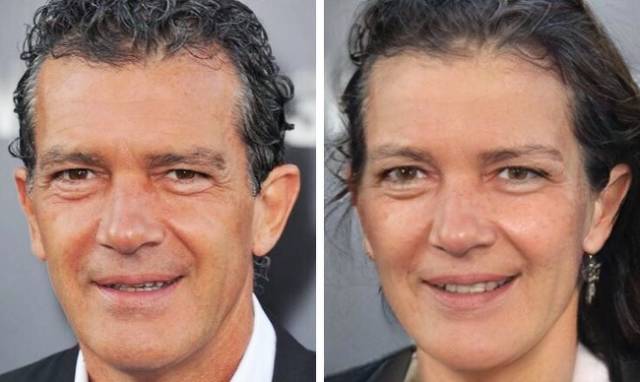 Captain Jenna Sparrow is on board!

Johnny Depp always chooses very surprising roles and plays them like no one else! He’s known for his charm, charisma, and eccentric character. If Johnny were a woman, he’d be the type you’d hardly forget if you saw her just once. Just look at those expressive eyes and cheekbones! 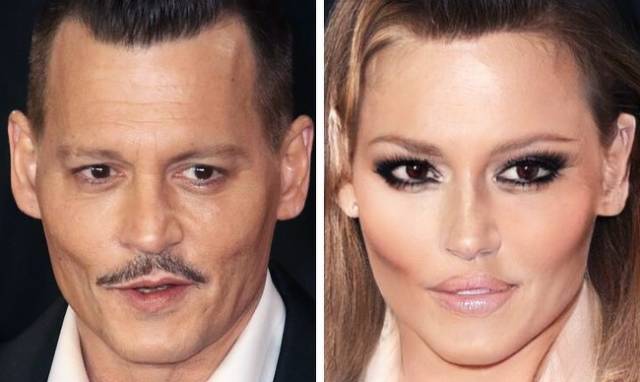 Jessica Momoa knows how to hold her breath under water for a long time!

Jason Momoa played a perfect Aquaman and it looks like Jessica would be great for a female version of it! Wait...would she also have to do it topless?! 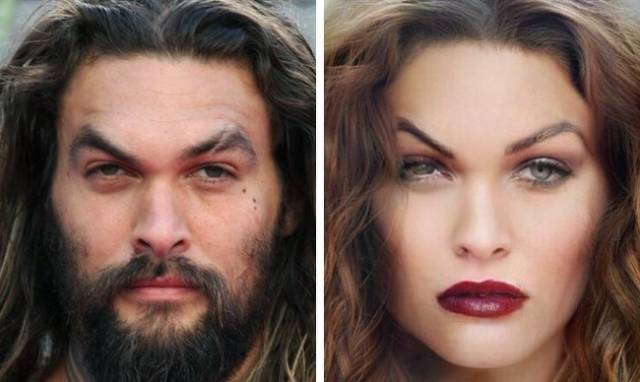 Tilda looks like someone you could share your problems with, while drinking German beer with Bavarian sausages in a bar. She’d give you the wisest advice and then walk drunk and Barefoot to the closest club, where you could dance the night away! 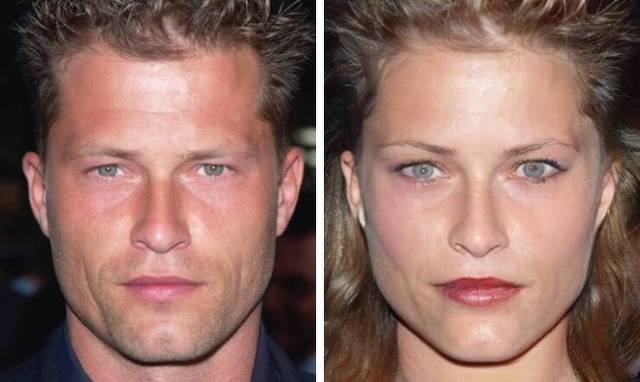 Ryan Reynold’s female version looks like a top model! No way she’d agree to play the female Deadpool, a hideously ugly character. But she’d be perfect for a duo with Ariana Grande, they look like twins! 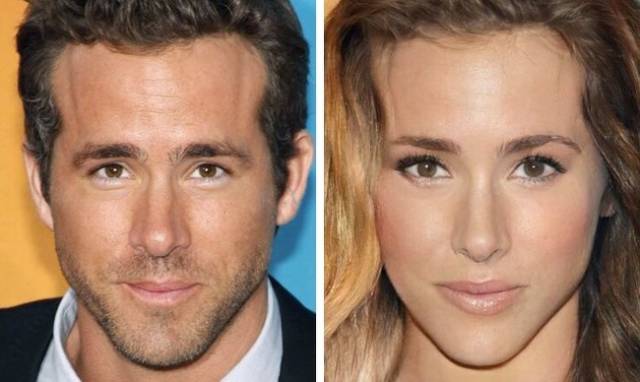 Female Arnie looks so cute! She’d be the best teacher at school, the one who is nice and demanding at the same time. Every time class is over, she’d say: “Kids, I’ll be back!” 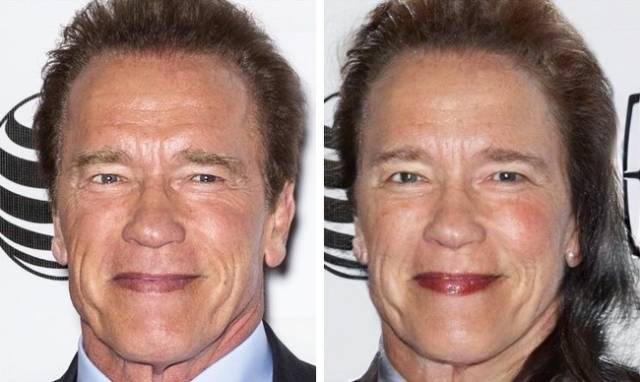 Vin Diesel’s female self looks dangerous. She’s definitely the type you’d better give way to on the road. Otherwise, she’d blow your car up! 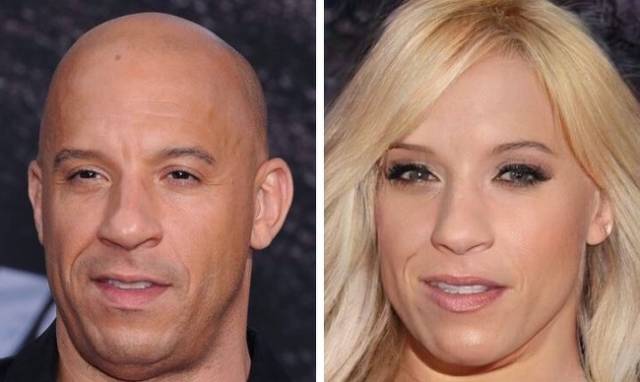 “I’m Kate Harington and I feel winter is coming.”

Wow! Kate would be an absolute heartbreaker... She’d leave every bastard, wildling, or White Walker defenseless. Dragons would be crazy about her too! 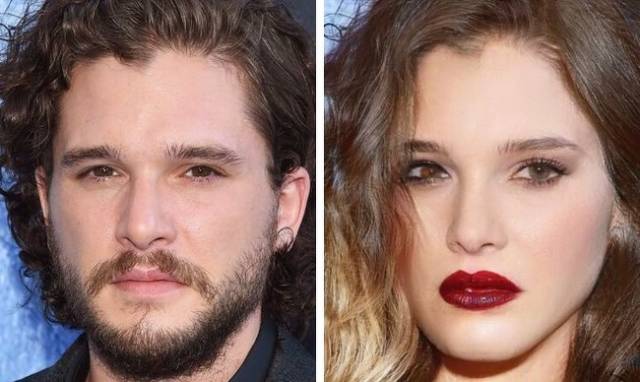