World’s Biggest And Most Expensive Cruise Ship Was Presented In Malaga! (17 pics)

Royal Caribbean's 'Symphony of the Seas' is currently docked in Malaga, Spain, where it looks like a giant among Malaga’s tiny apartment blocks. The ship weighs 228,000 tons, and at 362 meters long it is just 20 meters shorter than the Empire State Building in New York. “Symphony of the Seas” has a total eight decks and enough room on board to accommodate 8,000 people. Along with having 20 restaurants, there will be more than six bars including one where robots prepare the cocktails. Other attractions include a zip wire, ice rink, mini golf course, climbing walls, surf simulator and a full-size basketball court.

Showoff: The Royal Caribbean's 'Symphony of the Seas' is seen docked during its presentation in Malaga Spain 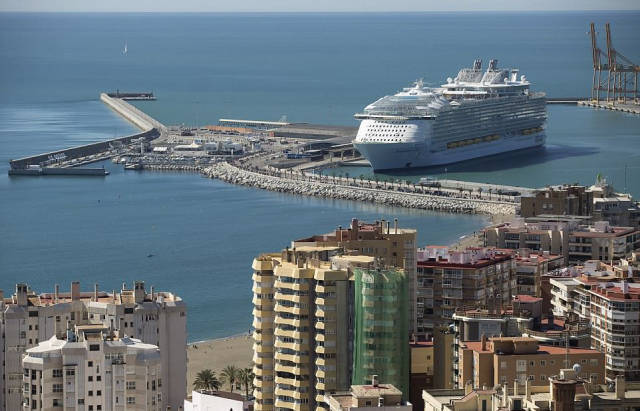 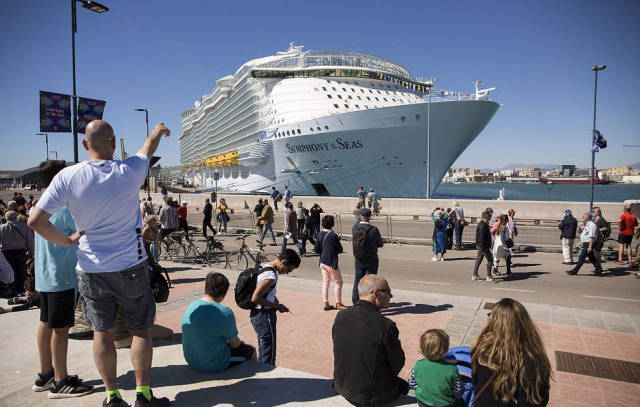 Have a look around: A shopping area inside the gigantic cruise ship is opened up for visitors during the presentation 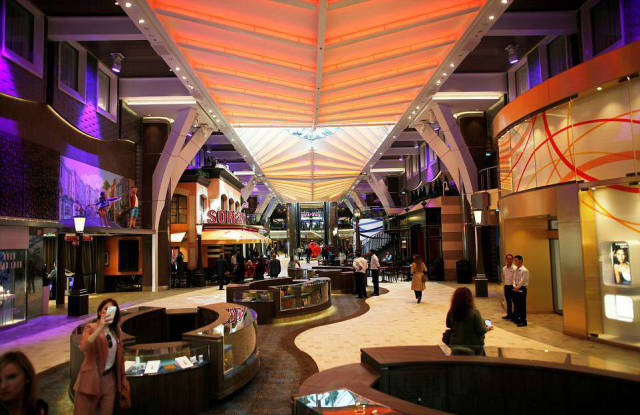 Cruise with a view: A picture taken from the top deck shows the 'hotel of the ocean' and its multiple pools on offer 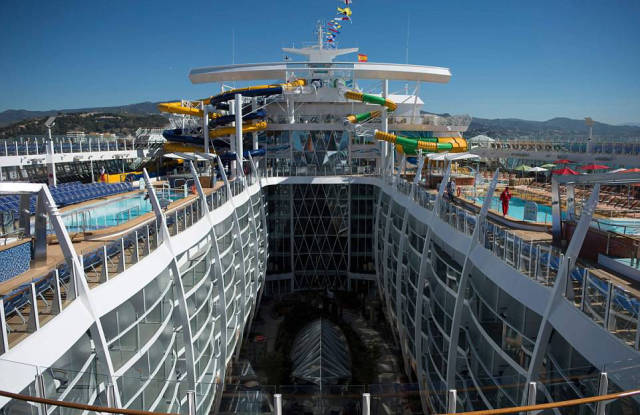 Fun on board! The playground onboard the huge cruise ship has a nautical theme 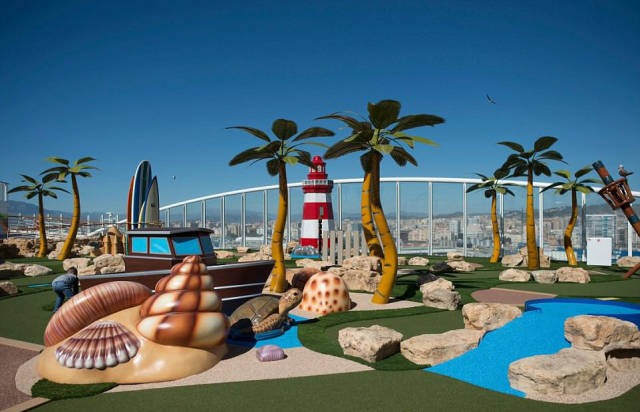 The future is here: Robots serve drinks at the bionic bar, on Symphony of the Seas, the world's largest cruise ship 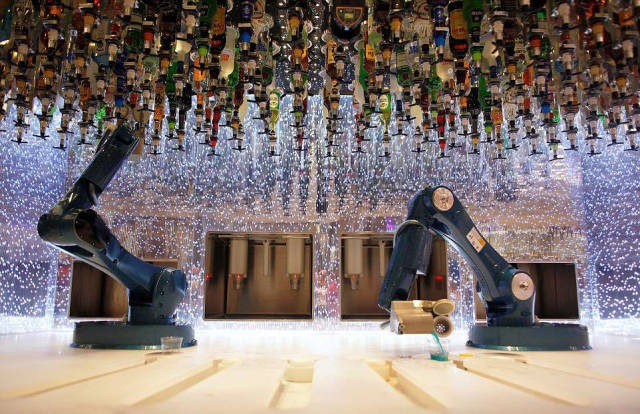 A worker surfs in a surf simulator, one of the many ways Royal Caribbean Cruises plan to keep guests entertained 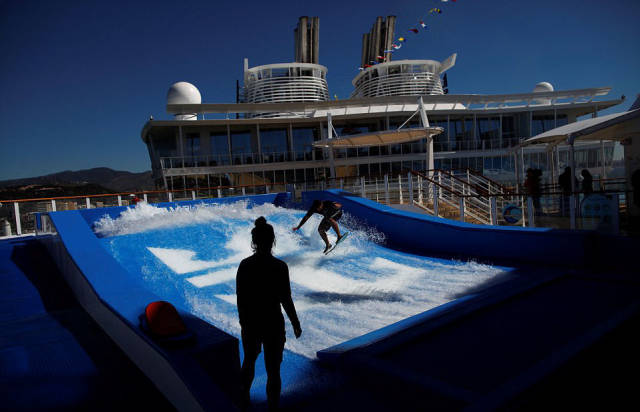 Potential guests were invited into the cruise ship during a presentation ceremony at a port in Malaga, Spain 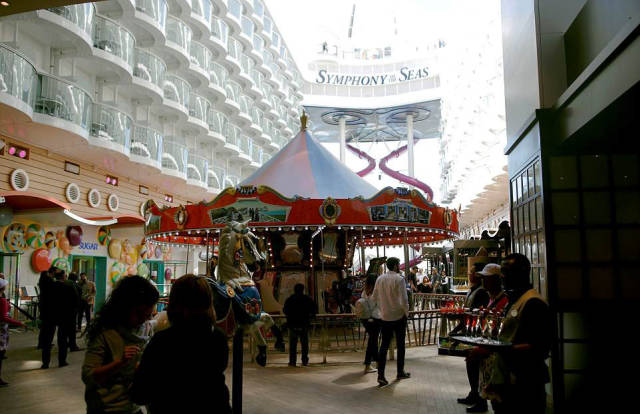 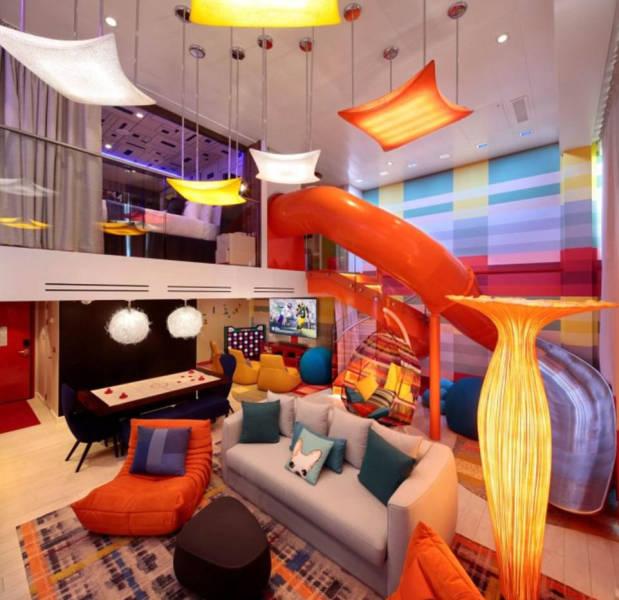 The family suite can sleep up to eight guests, who are also all looked after by their own personal butler or 'genie' 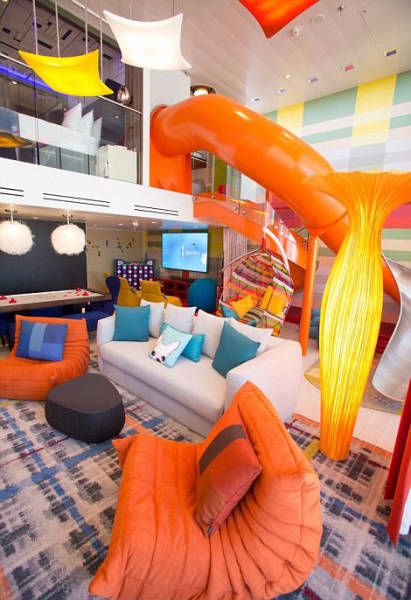 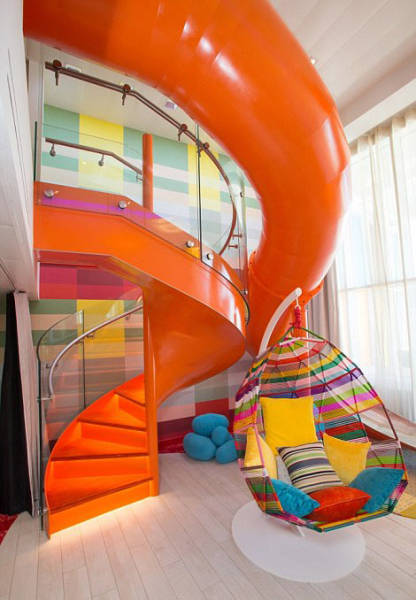 There is a full-size whirlpool hot tub as well as chairs to relax on the cabin's 212 square-foot balcony, which has ocean views 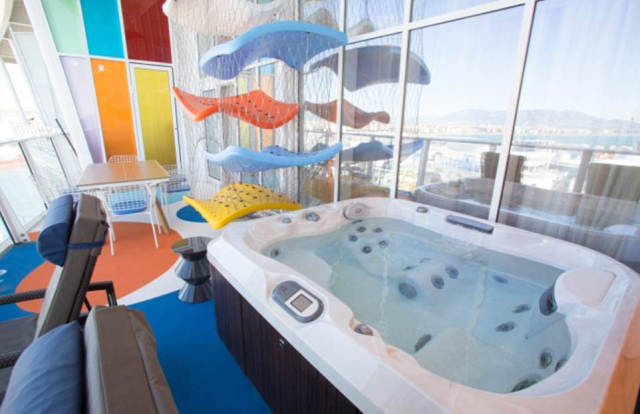 One of the bedrooms in the family suite on Symphony of the Seas, which is able to accommodate up to eight guests 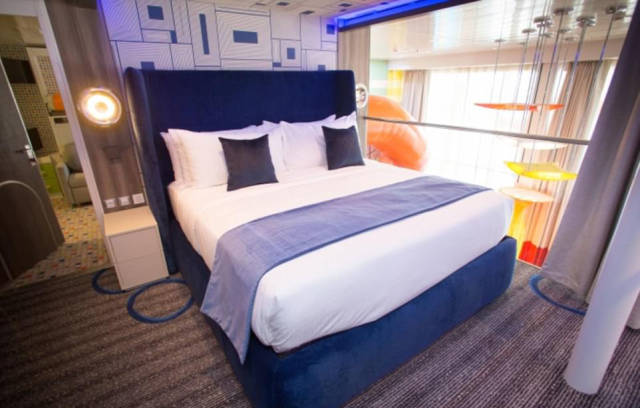 Another one of the bedrooms on board. For those wanting to relax, guests in the suite can chill out in the private cinema that comes with a 85-inch HD TV along with a library of video games 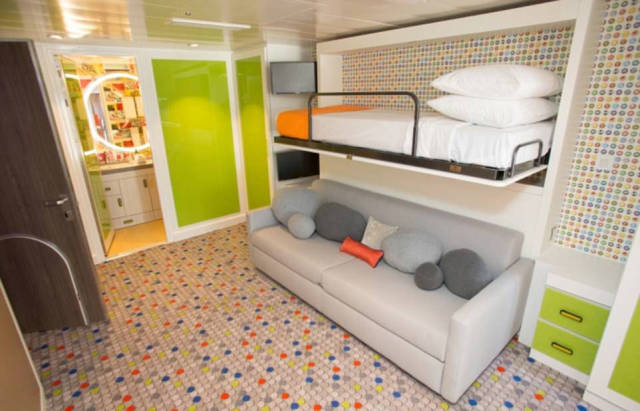 Symphony of the Seas, pictured,  - which is the 25th ship in Royal Caribbean’s fleet - will launch on March 31 and take its first paying passengers in April 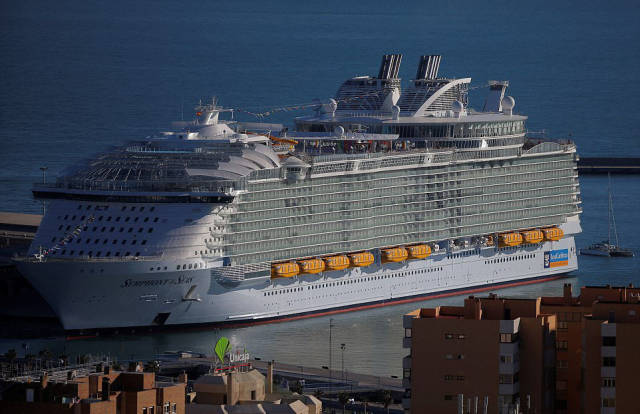 Symphony of the Seas boasts a total eight decks and has enough room on board to accommodate 8,000 people 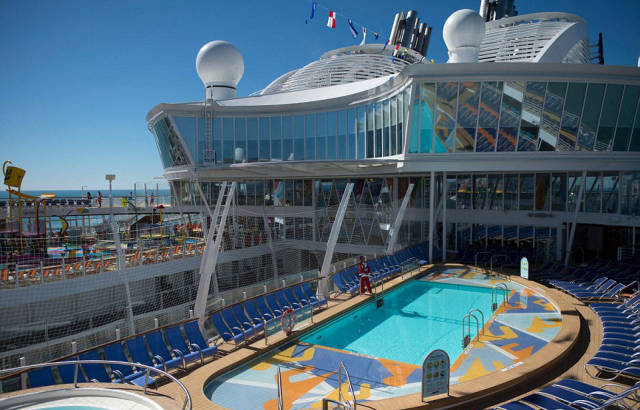 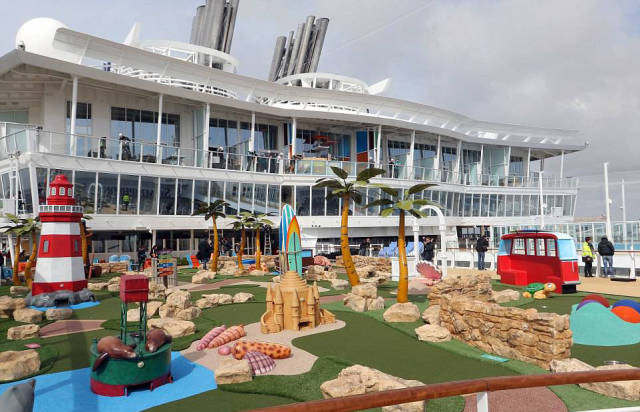