Apollo 10 Heard Music on the Dark Side of the Moon

While orbiting the far side of the moon, the crew of Apollo 10 claimed they heard “strange music” and not that of Pink Floyd. On the dark side of the moon, astronauts lose all communication with Earth, so the low-frequency whistling couldn’t have come from our home planet. The phenomena has still not been explained. 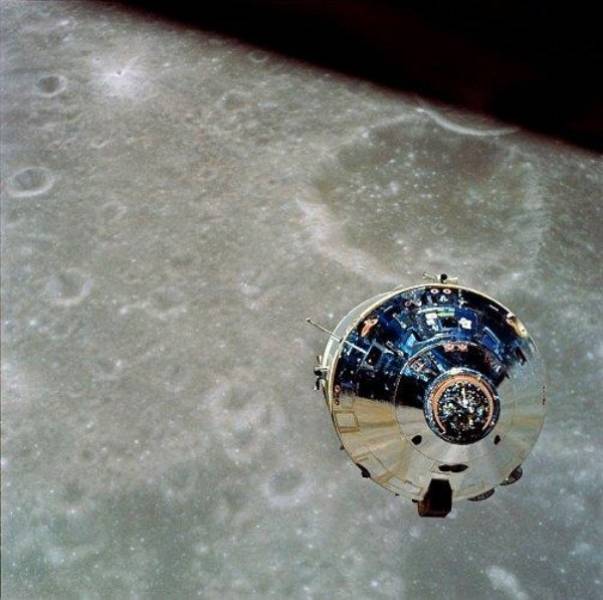 Mark and Scott Kelly are two identical twins and also astronauts. However, after Scott Kelly’s year-long trip to space, 7 percent of his gene expression had changed compared to his brother Mark. Scott also gained a few inches on Mark due to microgravity and its effect on decompressing the spinal cord. I’m assuming this settled a life-long sibling rivalry. 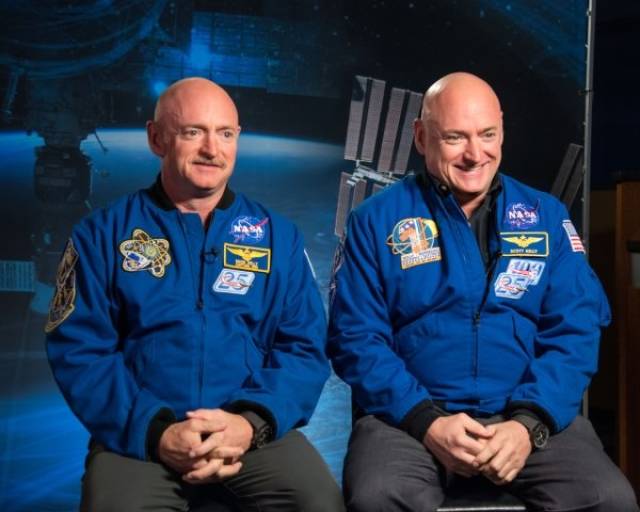 The Milky Way is a Cannibal

A study performed by the Hubble Space Telescope discovered that the Milky Way “ate up” other galaxies during its formation. By studying 13 stars on the outer halo, it was found the origins had to be that of other alien galaxies that were consumed over billions of years.

And our hungry galaxy isn’t finished yet. We are currently approaching the Andromeda Galaxy at about 244,800 miles per hour and a collision is expected in about 4 billion years. Might want to add “galaxy collision coverage” to your insurance now. 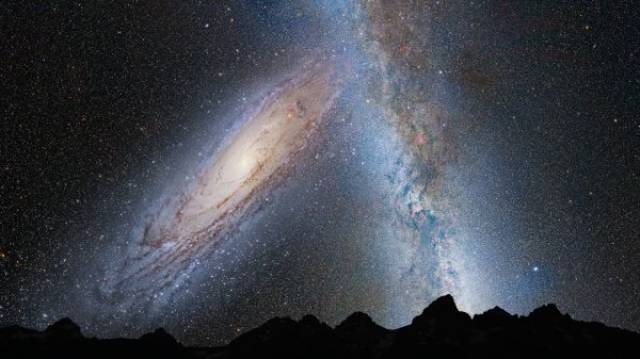 Major Gordon Cooper was orbiting earth during the early Mercury missions when he spotted something disturbing. Looking out his tiny window, he noticed a green orb approaching his Mercury capsule. He raised concern to mission control and began emergency procedures, however the orb quickly disappeared. To add intrigue, a tracking station in Muchea, Australia picked up an object approaching the craft. 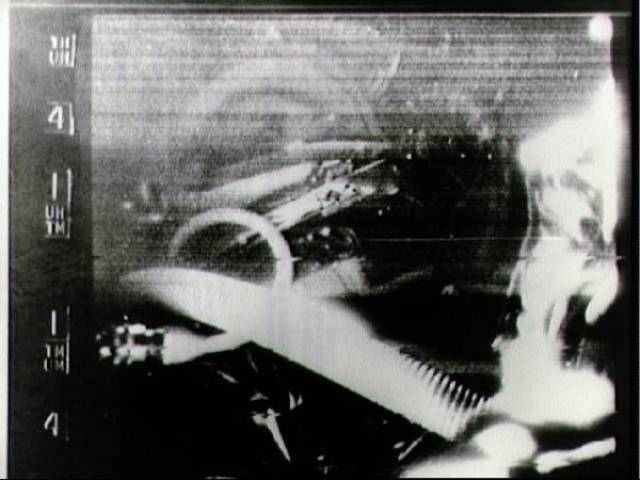 The Hubble and Spitzer Space Telescopes captured a massive cataclysmic event from a faint, small galaxy about 10.7 billion light years from Earth. Although it originated from a galaxy smaller than ours, the energy released by the event was a thousand times more powerful than all the stars in the Milky Way. There are theories it was caused by a gamma ray burst, but what caused the massive size and intensity of the event remains a complete mystery.

During his trip to space, NASA astronaut Story Musgrave claims to have spotted two eel-like tubes slithering around the exosphere. His claims grew stranger when he said he witnessed them having their own propulsion systems, which would rule out normal space junk. To this day, Musgrave stands by his claim. 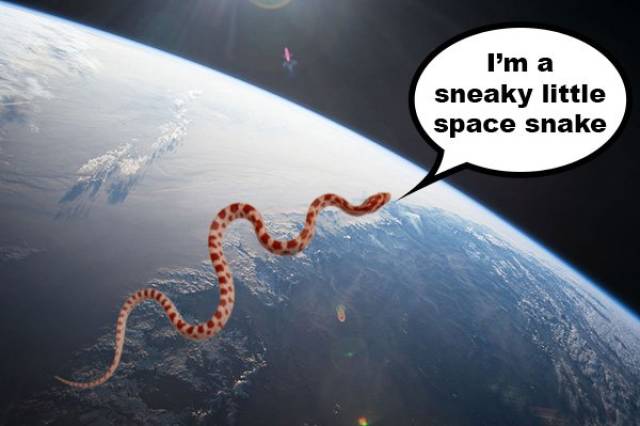 Astronauts Started a Fire Onboard the ISS… On Purpose

Fire and oxygen-rich environments don’t mix well, especially at 1,341,120 feet above earth with little means of escape. Although the fire onboard Apollo 1 resulted in the deaths of the crew while on the launchpad, this fire was planned and with good reason. The experiment was conducted in a controlled environment aboard the ISS to study how fire could spread in the event of an emergency and its characteristics in a microgravity environment. Unlike flames on earth, a flame in space is a spherical blob that tends to follow the path of ventilation instead of rising. 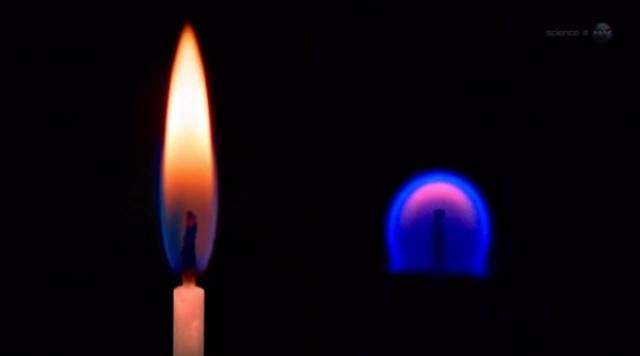 Scott Kelly became a bit of a celebrity on social media for his tweets while aboard the International Space Station. One however, caught the eye of conspiracists and the general public alike. In the top corner of the photo, a structure or two separate objects emitting light or reflection can be seen. People were quick to point out it’s just a part of the space station, but others argued that the observation window does not have anything protruding in that area. So what was it? A UFO? A smudge? We may never know. 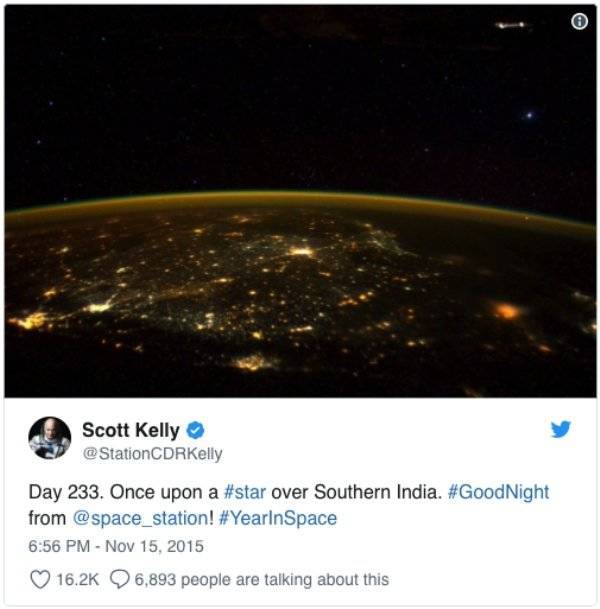 Strange Bursts of Light From Space Can’t Be Explained

Most bursts of energy in outer space have an explanation or plausible theory, but that’s not the case with “fast radio bursts.” FRBs only last a few milliseconds, and are emitted from a source contained within an extremely powerful magnetic field. Their origin remains a mystery to astronomers. 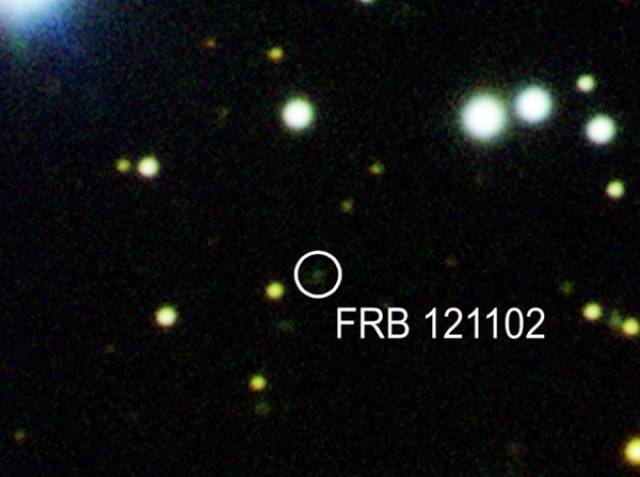 During a spacewalk with a Russian crewmate, NASA astronaut Leroy Chiao saw something baffling cruise past the ISS.

“As the sun started rising after the first dark period, I looked out in the opposite direction of the sun and saw a line of five lights,” Chiao said. The lights seemed to be flying past fairly quickly “in an echelon formation, except that ‘No. 2’ was offset,” Chiao told Aviation Week & Space Technology.

It is speculated they could have been a constellation of satellites, or the bright lights of fishing trawlers from the ocean, but the mystery remains unsolved. Jadon Beeson was watching the live feed from the International Space Station when he noticed something in the distance. He quickly took a screenshot of the object after it had not disappeared for nearly two minutes.

“It was a metallic object, it looks like a Millennium Falcon from Star Wars or something from Close Encounters of the Third Kind.” He told the Mirror.

NASA never issued a statement on the sighting, and there have been many other UFO sightings during ISS live streams, including… 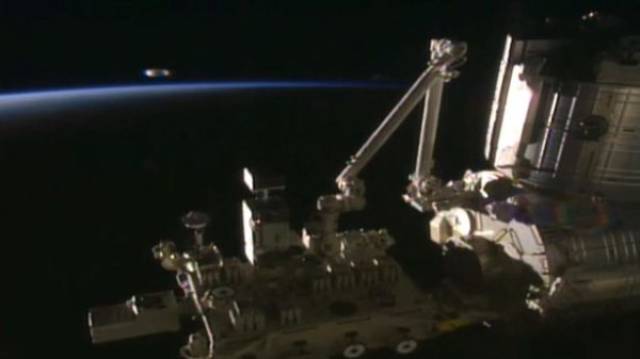 During a live stream from the ISS, six glowing orbs appear to come into view, only for the live stream to suddenly cut. When the stream resumed, the orbs were gone and nothing appeared to show where they originated. What was stranger about this clip was the view was pointed away from Earth, and the stars would be too dim to spot with the exposure of the camera. There was another instance on January 15th, 2015 when a strange UFO came into view out in the distance just above Earth, and the live feed suddenly cut.

Conspiracy theories and practical explanations will always be thrown around, but we can all agree that space is a strange place.